Base instincts and fatal attractions abound in these 10 unmissably sexy thrillers. 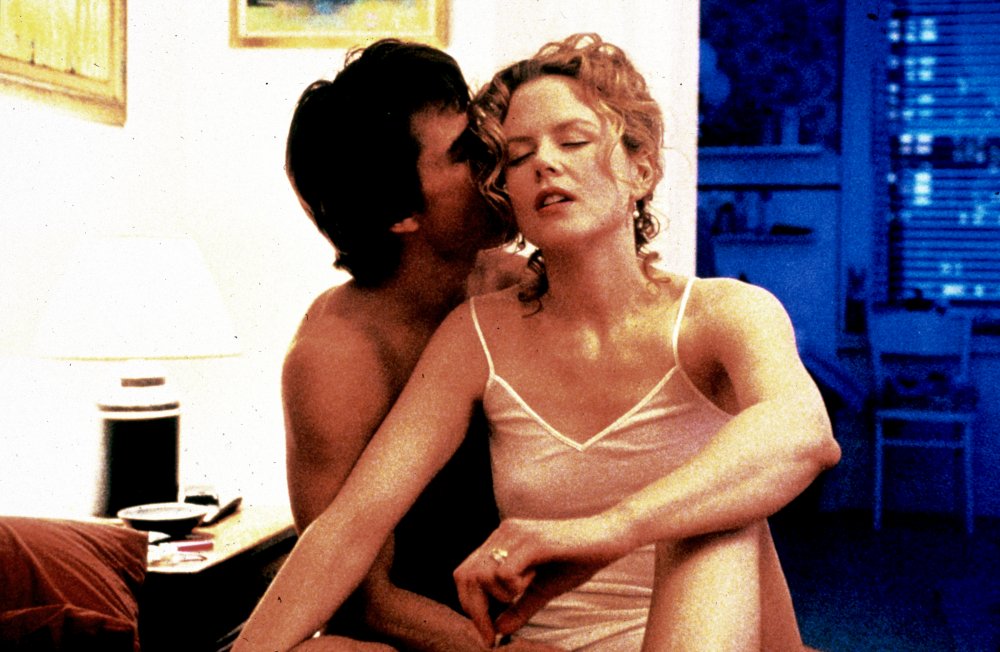 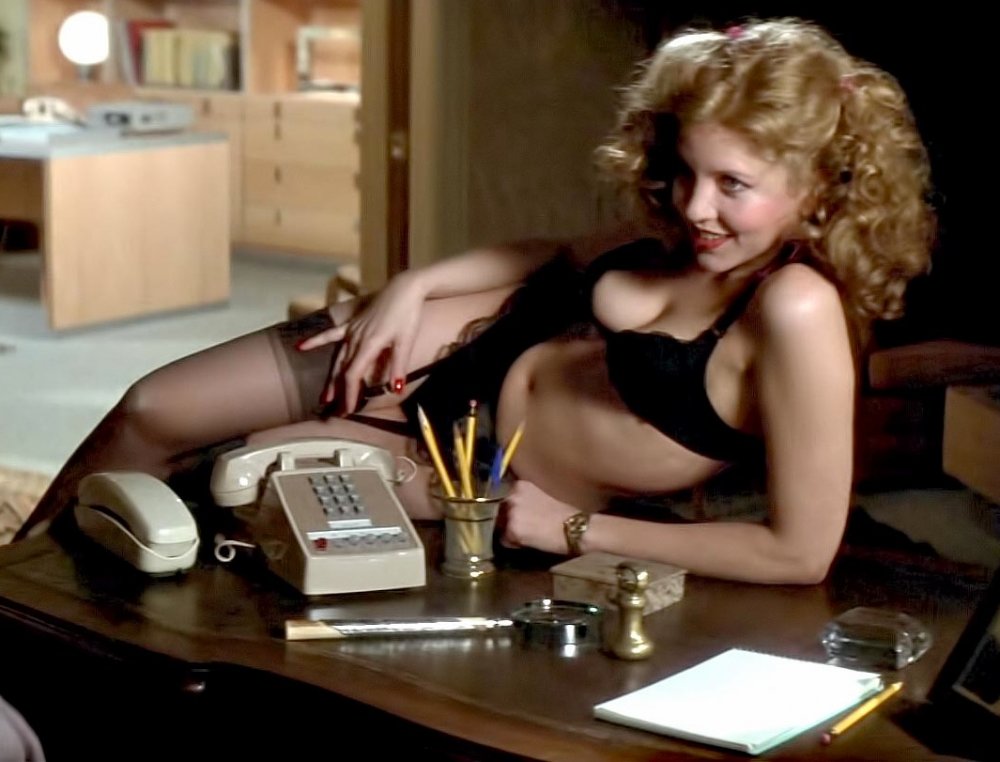 Brian De Palma is the master of sleaze. His camera loves female flesh, lingering on the soft-core spectacle of unclothed skin in films including teen horror Carrie (1976), the porn-themed Body Double (1984) and schlocky crime caper Passion (2012). The lascivious way De Palma treats Angie Dickinson’s bare breasts in Dressed to Kill’s opening sequence (a call back to Carrie’s memorable shower scene) is no exception. 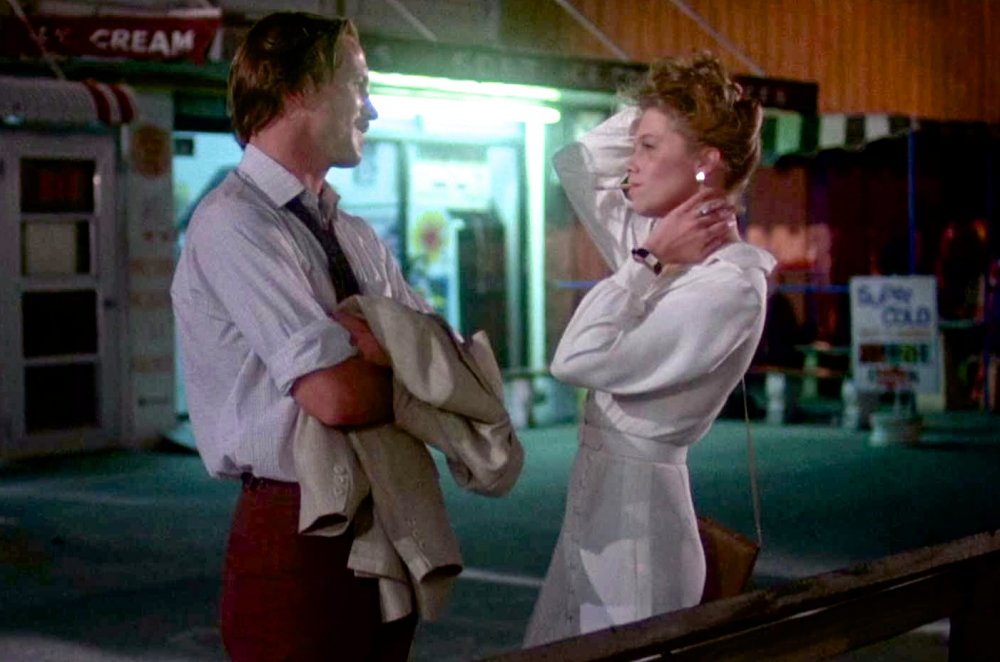 Hot by name and by nature, Body Heat takes place over a series of sweltering summer nights (indeed, the tropical sultriness of the thick Floridian air is communicated by the sheer amount of sweat on show). The film was Kathleen Turner’s first major role. Little did she know that her portrayal of femme fatale Matty Walker would set the tone for the rest of her career (Turner went on to become the voice of animated sex symbol Jessica Rabbit).

Here, she’s all carnal hair-tossing and throaty, urgent vocal delivery as a married woman determined to manipulate her lover into murdering her rich, older husband. “You aren’t too smart, are you? I like that in a man,” she purrs silkily at William Hurt’s bumbling small-town lawyer. Elements of the plot are lifted from Billy Wilder’s 1944 noir Double Indemnity, though director Lawrence Kasdan updated the story with 80s flourishes including prolific nudity, big hair and a sax-heavy soundtrack. 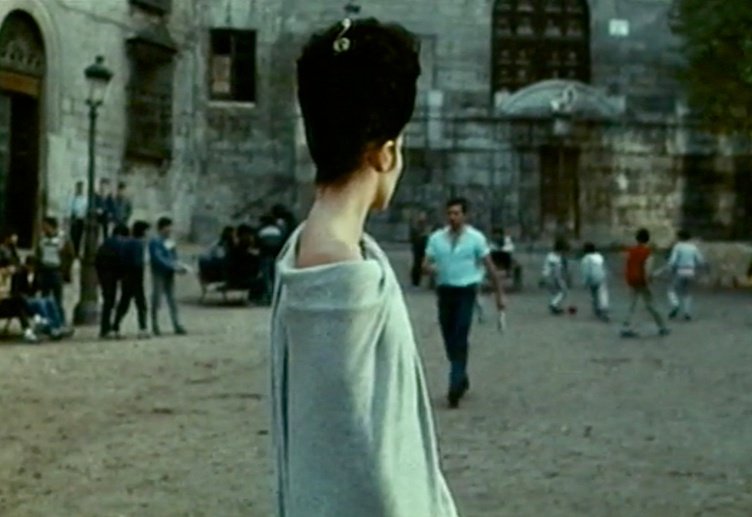 Matador pivots around three characters: a retired bullfighter with a fetish for grisly death, his sexually inexperienced student, and an attorney with a violent sexual fixation of her own. When the student (a fresh-faced Antonio Banderas) confesses to the murder of several prostitutes in an attempt to allay his guilt about an earlier, unrelated incident of sexual violence, the attorney (Assumpta Serna) is called in to represent him – bringing her into the bullfighter’s (Nacho Martínez) orbit.

A dance of sex and death commences, delivered in Pedro Almodóvar’s typically blackly comedic tone. The thrill is in the chase, as Almodóvar shifts the advantage between the matador and the attorney, who circle one another before inevitably locking horns. 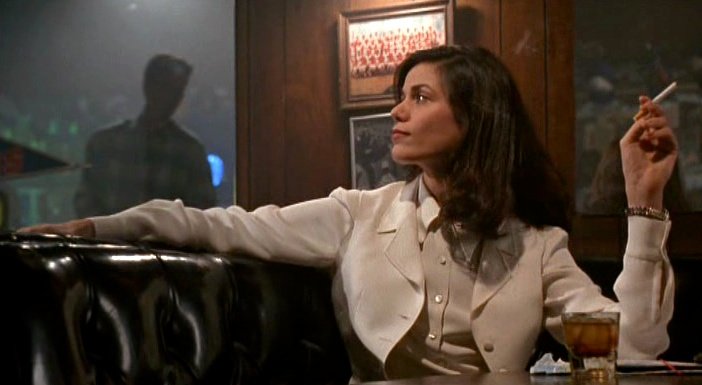 In John Dahl’s The Last Seduction, hard-boiled noir meets yuppie peril. Linda Fiorentino plays Bridget Gregory, a clever, calculating femme fatale with an axe to grind. Bridget runs off with $700,000 of laundered cash when her husband (and partner in crime) slaps her across the face in a small-scale domestic. She ends up in a small town in upstate New York, where she picks up Mike (Peter Berg) at a bar. She plots revenge, using her sexuality to coerce Mike into being her accomplice.

Though Dahl plays with noir tropes like the film’s jazzy, percussive score and tough-talking anti-heroine, it’s hardly a straight homage. Fiorentino’s Bridget is a liberated woman who could only exist in the late 20th century – with an individualist bent that makes her much crueller than the femme fatales that came before her. Smoking cigarettes in her mannish shirts, she delivers her laser-sharp lines with dogged aggressiveness (and a bone-dry humour). 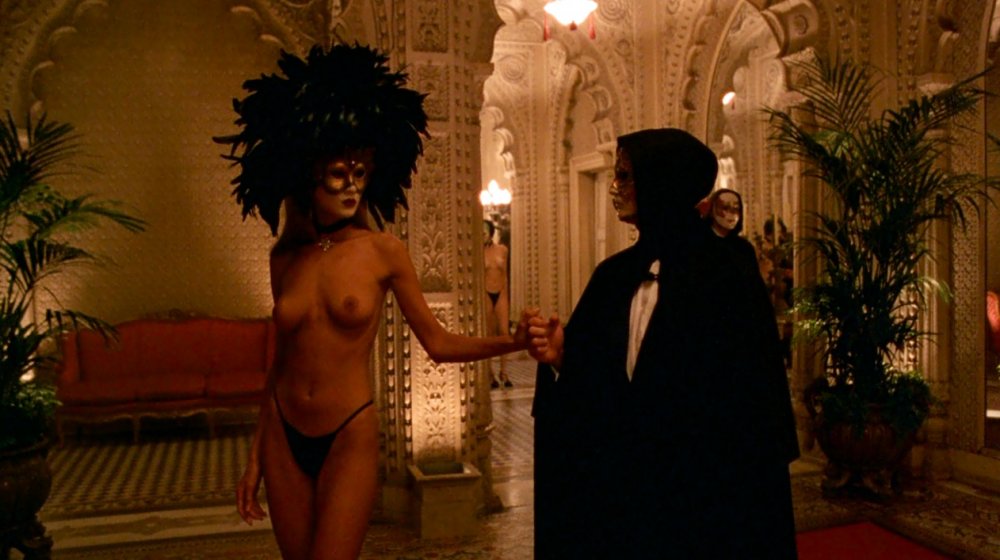 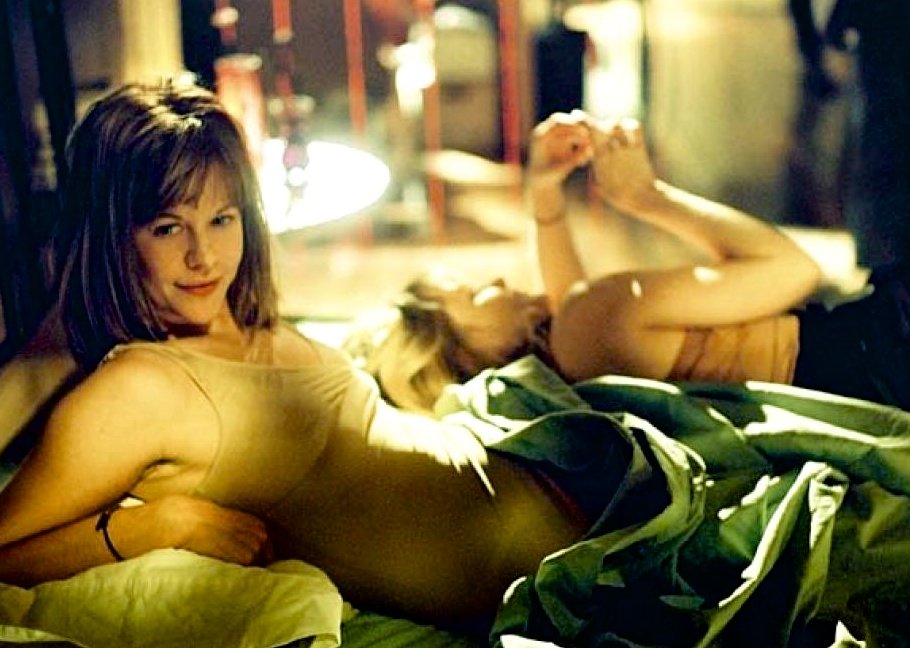 A handsome cop (Mark Ruffalo) is brought in to investigate a severed limb that has been found outside Frannie Avery’s (Meg Ryan) apartment, in Jane Campion’s gritty neo-noir. A commercial flop (and panned by critics), many felt uncomfortable seeing their romantic comedy golden girl in such a grimy, intensely sexual role. It’s difficult to know if it was the unflinchingly explicit content, the post 9/11 political subtext (the film comes down hard on the police) or Campion’s hazy, non-linear approach to narrative that jarred with audiences at the time. In any case, In the Cut has improved with age – Campion capitalises on the electric chemistry between Ryan and Ruffalo, depicting the fragility of female pleasure in a way that is specific, considered and intensely erotic.

Ruffalo is excellent as the engine of seduction, while Ryan is as intimately convincing as she’s ever been as an intelligent woman struggling with the way desire can impede judgement. 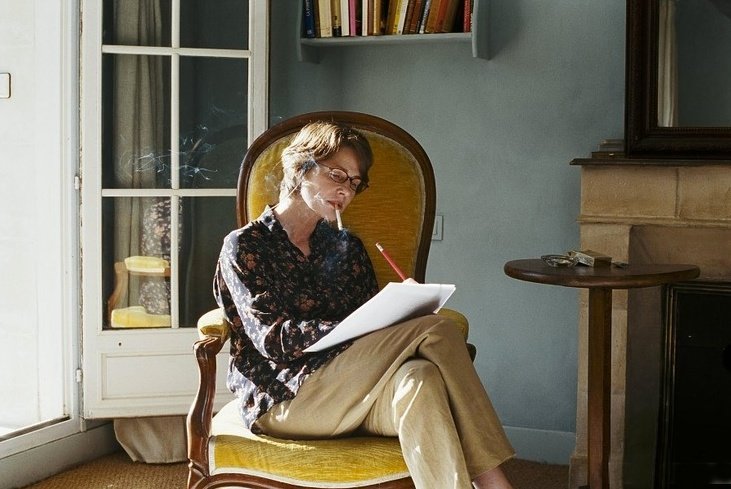 Not to be confused with Jacques Deray’s 1969 Alain Delon-starring film of the same name, Francois Ozon’s playful poolside mystery revolves around a displaced British novelist. When Sarah (Charlotte Rampling) steals away to her publisher’s country house in France to work on her latest crime novel, her sanctuary is interrupted by the arrival of an attractive young woman named Julie (Ludivine Sagnier). Julie’s (often unclothed) presence proves distracting, compelling the middle-aged Sarah to indulge in voyeuristic fantasies – and providing plenty of juicy material for her novel. When a dead body turns up in the pool house, things get even stickier.

Despite its middle-class sheen and tranquil, Mediterranean setting, it’s pretty pulpy stuff – murder plot and suspicious groundskeeper notwithstanding – and all the more fun for it. 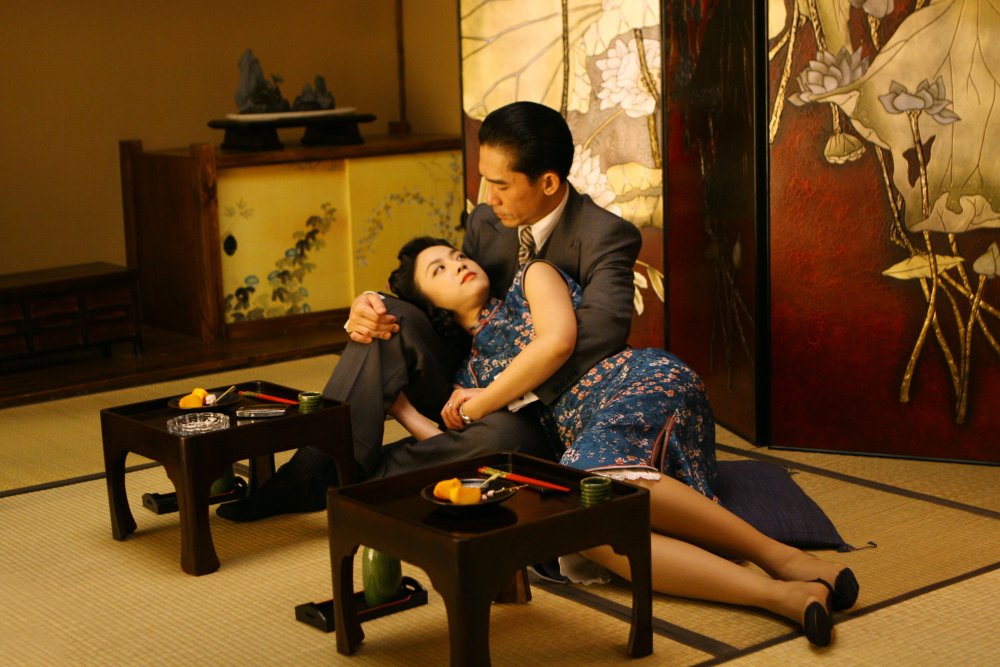 Ang Lee’s lush Second World War drama is equal parts espionage and eroticism. In Shanghai (and later, Hong Kong) during the Japanese occupation of China, communist spy Wong Chia Chi (Tang Wei) has a mission to seduce – and kill – Mr Yee (Tony Leung), a businessman working for the Japanese government. The seducer becomes the seduced and a passionate affair ensues, derailing any plans for political plotting.

It’s a long film that moves at a luxuriantly slow pace (Lee withholds most of the sex for the first 90 minutes). This languorous pacing is punctuated by the political plot, which appears sporadically in blunt, violent bursts. Yet the film benefits from this breathing space, the slowness only emphasising the textures of the film’s sensual elements – from the detail of the 1940s period costuming to the softly lit (and impressively acrobatic) sex scenes. 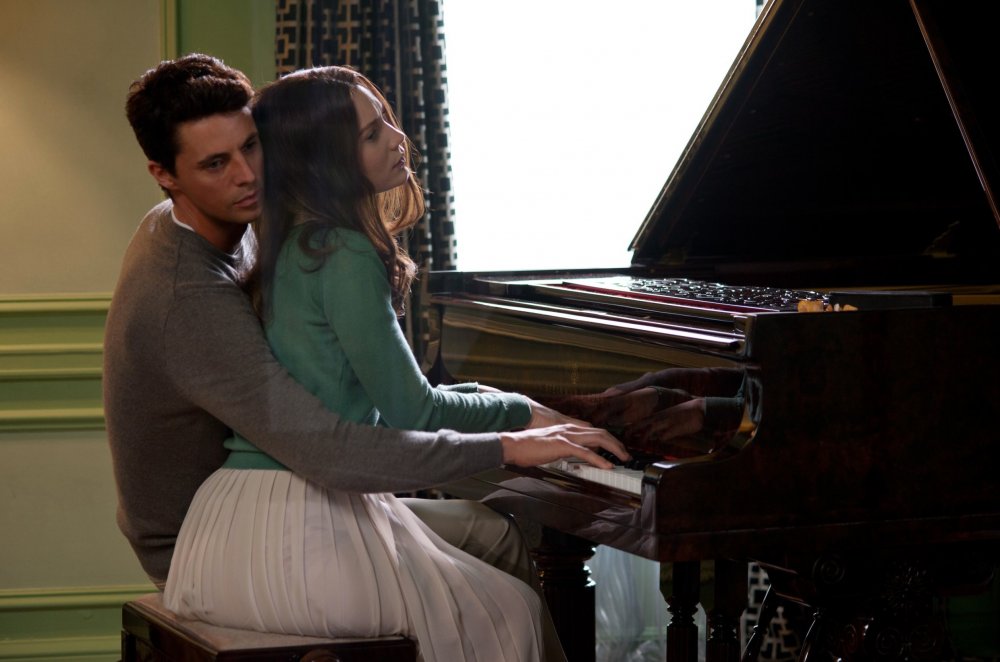 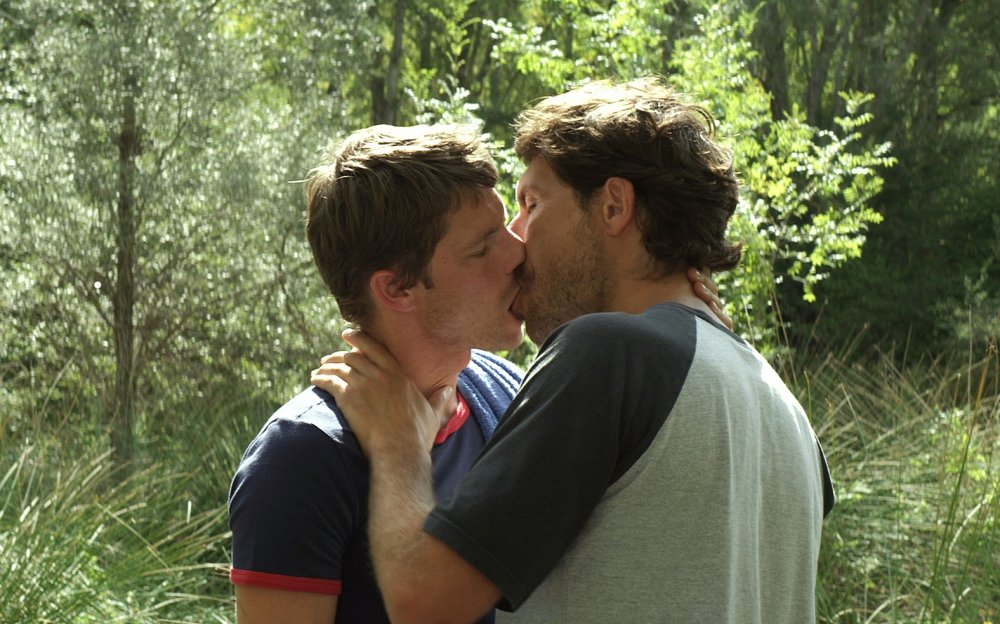 The serene, glistening lake at the centre of writer-director Alain Guiraudie’s Stranger by the Lake is a gay cruising spot in the south of France. In the blistering heat of high summer, the chiselled Franck (Pierre Deladonchamps) strips off and surveys the handsome offerings on display, striking up an unlikely platonic friendship with middle-aged sad-sack Henri (Patrick d’Assumçao) in the process. Before long, moustachioed newcomer Michel (Christophe Paou) catches his eye, causing ripples in the cruising community – and a seed of panic in the pit of Henri’s stomach.

Guiraudie adds another layer of peril by making a point of the unprotected escapades; even in today’s post-AIDS context, lustful hedonism maintains its link with fatality. Indeed, the sex is confrontationally explicit in this steamy meditation on the illicit thrills of voyeurism. The violence, however, is considerably more restrained, building slowly before the film’s final orgasmic eruption.