In the world of non-fiction cinema, some subjects are too rich and complex to be done justice in a standard two-hour feature. With the simultaneous UK release of new films by two masters of the in-depth documentary, we feel the width of 10 more long-form greats. 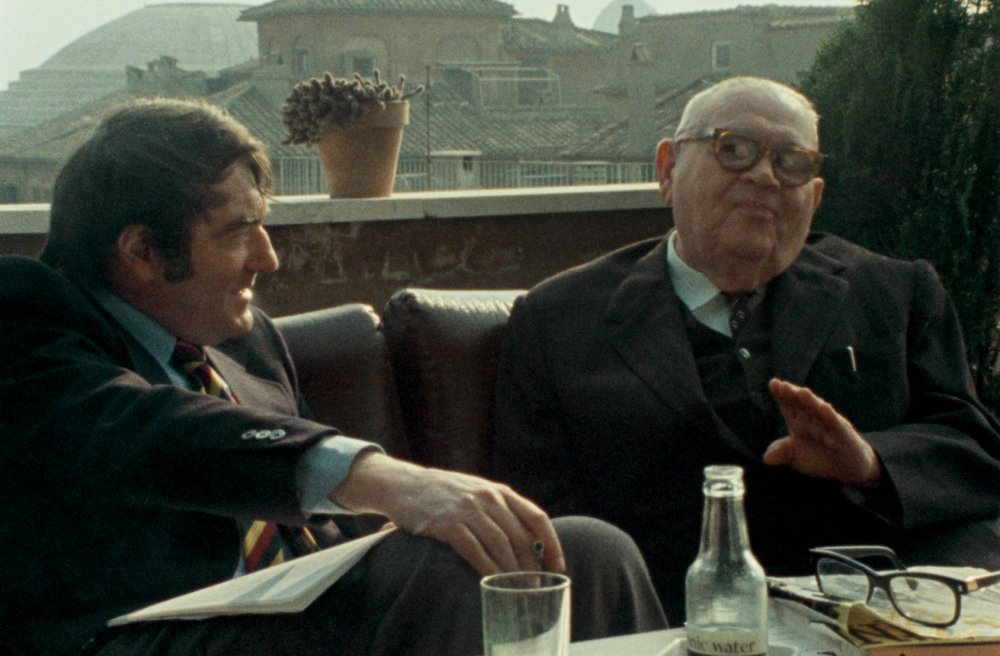 The Last of the Unjust and National Gallery are both in cinemas from 9 January.

The Last of the Unjust screens at BFI Southbank from 9-22 January.

If brevity is the soul of wit, duration may well be the soul of comprehensive analysis and insight. History has no shortage of incidents and subjects too dense and complex for a quick overview, and documentary filmmakers have often taken up long-form narrative to give their chosen topics the time and energy they demand.

Claude Lanzmann and Frederick Wiseman are cases in point. The former, who turns 90 later this year, has returned again and again in his work to the Holocaust – its unthinkable horrors, its practical logistics, its social, political and moral preconditions and the limitations in representing it artistically. Though Lanzmann’s Shoah (1985) is now something of a milestone in and of itself, it’s only the defining part of a much larger, career-long project, the latest addition to which is The Last of the Unjust, a smaller but more focused film incorporating the bulk of interviews Lanzmann conducted in 1975 with Benjamin Murmelstein – one of three Jewish Elders appointed by the Nazis to oversee the Theresienstadt ghetto in Czechoslovakia.

Wiseman, meanwhile, has developed a penchant for lengthier works since Titicut Follies (1967). Though that film endures today as an illuminating account of the inner workings of Bridgewater State Hospital for the criminally insane, it’s a breeze in the park compared to some of the similarly observational but much longer documentaries Wiseman has made since. The latest work by America’s greatest documentarian is National Gallery, a fascinatingly forensic panorama of the eponymous art museum in London’s Trafalgar Square. Between boardroom meetings and educational talks, National Gallery presents a succession of encounters between people who know their stuff: fiscal advisors, tour guides, painting restorers, frame-makers, art historians, life-drawing teachers and even lighting technicians and removal men. It’s as wondrous as the building it depicts.

There’s something endlessly stimulating about being in the hands of an expert, and it’s not without reason that size is often associated with authority: thick books, lengthy essays, long lectures and, yes, epic documentaries. At 210 and 181 minutes respectively, The Last of the Unjust and National Gallery are as exhaustive as they are engrossing. That both films receive a UK theatrical release on 9 January gives us occasion to look at some other non-fiction films notable for the time they afford their subjects … 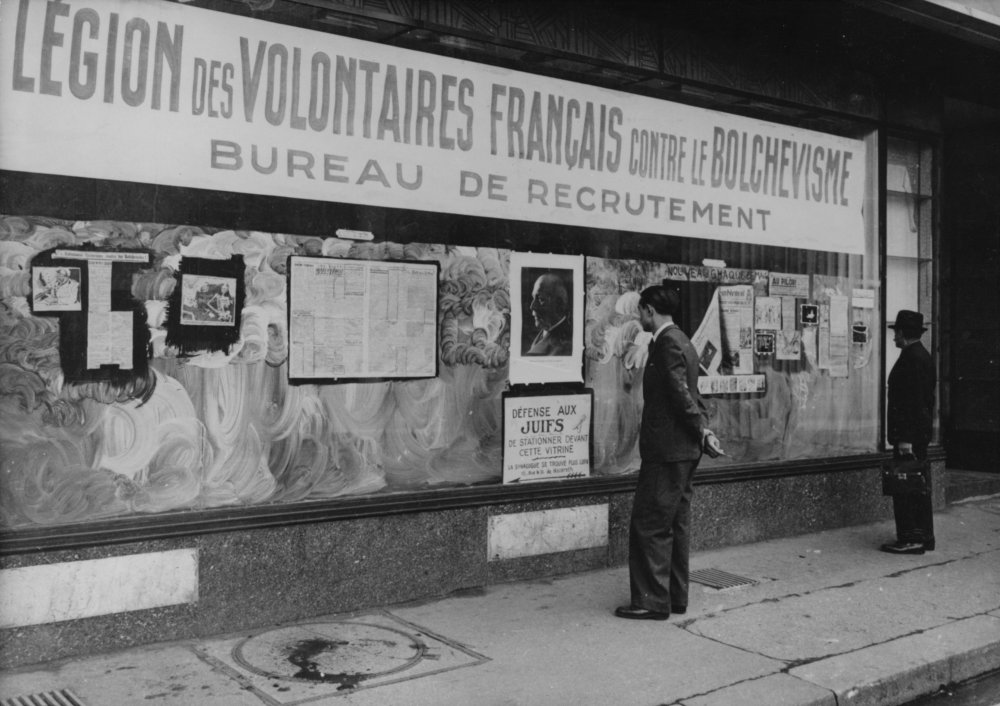 Though The Sorrow and the Pity’s title conjures emotions stripped of all context, Marcel Ophüls’ foray into the cooperation between the Vichy government of Occupied France and Nazi Germany during the Second World War delves so extensively into both sides – the resisters as well as the collaborators – that the fine line between the emotions begins to blur.

Dividing his investigation into two ostensibly opposed parts was a canny structural decision on Ophüls’ part, precisely because the film itself, through extensive interviews with those representing both sides of the resistance/collaboration coin, comes to understand the nature and causes behind collaboration in the first place. Still, in even accumulating evidence against the Vichy government over the course of its four hour-plus running time, the film courts controversy. First shown on French television in 1981 – following an Academy Award nomination 10 years earlier – the film was banned for years because of the perception that it was a decidedly one-sided view of events. 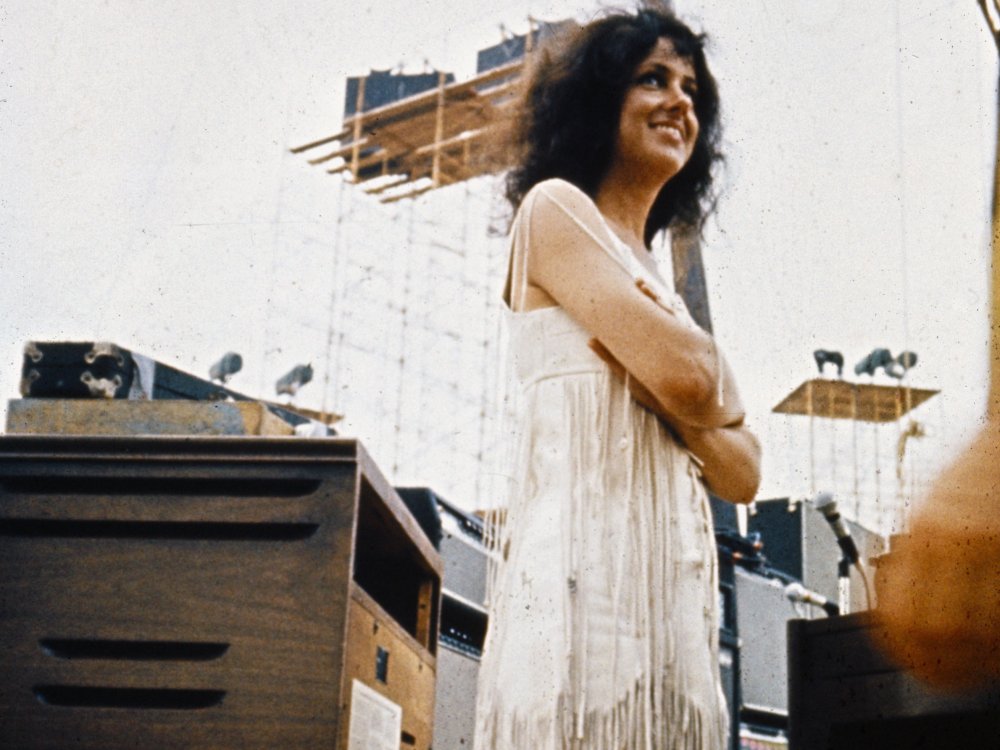 Regarded as the benchmark of concert documentaries, Michael Wadleigh’s fly-on-the-wall account of the 1969 three-day gig that took place in upstate New York has also become one of the definitive documents of the anti-Vietnam counterculture that prevailed in the late 1960s. Interviewing some of the 500,000 people who gathered for the non-stop music event as well as the organisers, locals and one very sympathetic police chief, Wadleigh and editors – Martin Scorsese and Thelma Schoonmaker among them – employed split screens to lend justice to the millions of feet of film footage shot by the many on-site camera operators and to give a vivid, access-all-areas feel to the coverage.

There are some terrific performances too. Hendrix is the star attraction, but it’s Canned Heat and Santana that steal the show: look out for the woman dancing transfixed halfway through an electrifying performance of ‘Soul Sacrifice’ by the latter. Originally running for just over three hours, the film was extended to 225 minutes for a director’s cut in 1994. For the rock fans who were there and perhaps especially for those who weren’t, Woodstock is the documentary that keeps on giving. 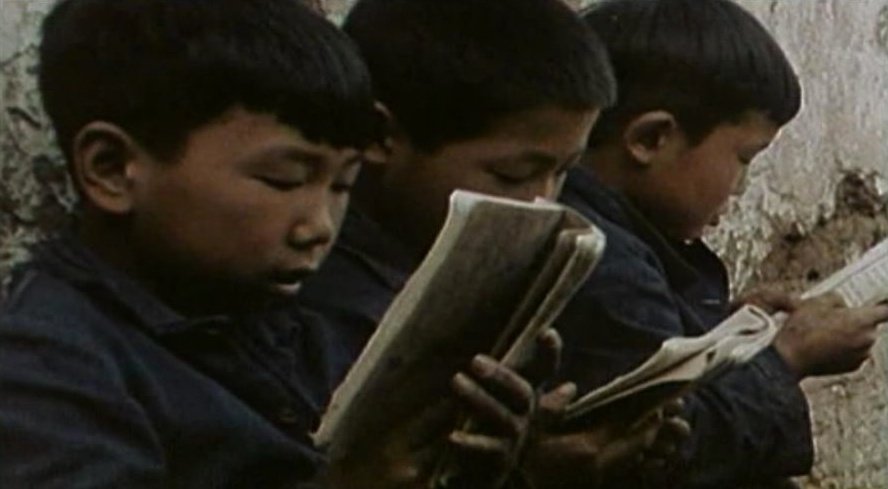 Chung Kuo had its first screening in China, the country in which it was shot, in 2004 – 26 years after it was made. Upon initial completion, Michelangelo Antonioni’s 220-minute documentary about life on Chinese society’s working-class rungs was condemned and banned by Chairman Mao’s ‘new Socialist China’ – despite it having invited the distinguished Italian auteur to visit the country and make a film there.

A far cry from the likes of Antonioni’s L’avventura (1960), Blowup (1966) and Zabriskie Point (1970), Chung Kuo is an epic, sprawling artefact of contemporary Beijing, Henan Province, Suzhou, Nanjing and Shanghai – the director having recorded footage in these places over a 22-day period, following an itinerary closely supervised by the government. Preceding the lengthily panoramic documentaries of China’s own Wang Bing, Antonioni’s film is all the more fascinating for being from an outsider’s vantage point. 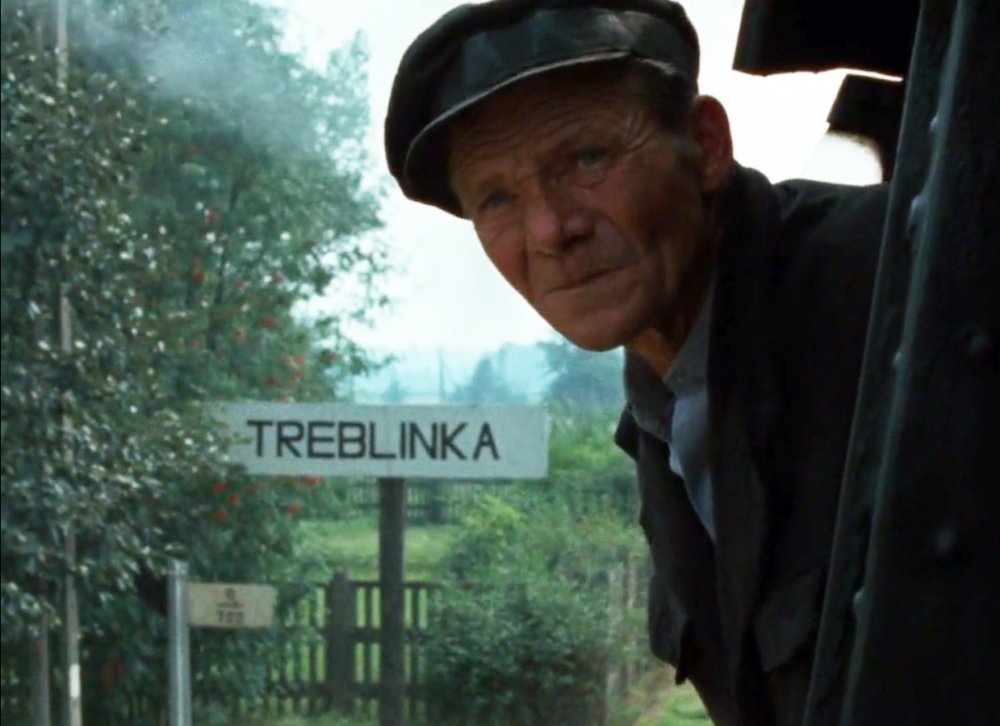 As mentioned above, Claude Lanzmann has been preoccupied throughout his career with the limitations and moral responsibilities when artistically representing something as unthinkably tragic and apparently anomalous as the Holocaust. Shoah is Lanzmann’s nine-and-a-half hour testament to the unimaginable realities of that genocide, mounting a truly horrific succession of interviews with perpetrators, survivors and witnesses alike.

For Lanzmann, the question of ‘why’ is an abomination when it comes to something as unique and incomprehensible as the annihilation of the European Jews. In its place, he asks ‘how’: in the absence of archive footage or dramatisation, he gets interviewees to re-live their experiences through oral testimonies. He takes survivors back to the same spot of land on which the concentration camps were built, he asks witnesses to point this way and that to where things happened, and he elicits from one perpetrator the banal logistics and statistical minutiae behind the horror. A landmark in bearing cinematic witness to suffering and death, Shoah is unapologetically persistent and gruelling in its length, refusing to forget the trauma at its centre. 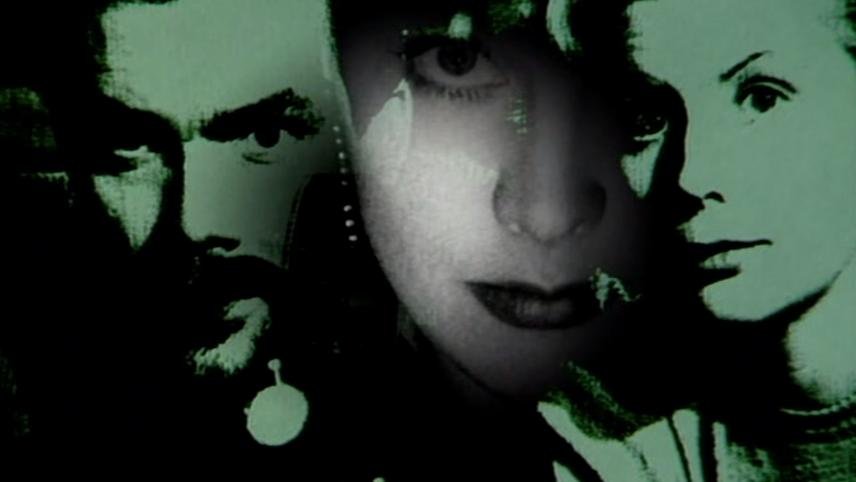 Histories of cinema, histories of life: Jean-Luc Godard’s eight-episode, four-part video project spans a decade in production, more than four hours in duration and the entire 21st century in its narrative focus. Never mind the length, though, feel the width: with aphoristic maximalism, Histoire(s) du cinéma gathers stills and clips from more than 100 films and edits them together with furious relentlessness to create connections between them. Intertitles, inscriptions, dissolves between otherwise disparate images, puns, music, quotations, more puns, literary references: Godard’s film has all of these and more.

In its editorial style and bedazzling visual density, the film prefigures the director’s latest career shift, into the likes of his 3D short The Three Disasters (2012) and his straight-to-DVD/Blu-ray 3D feature Goodbye to Language. 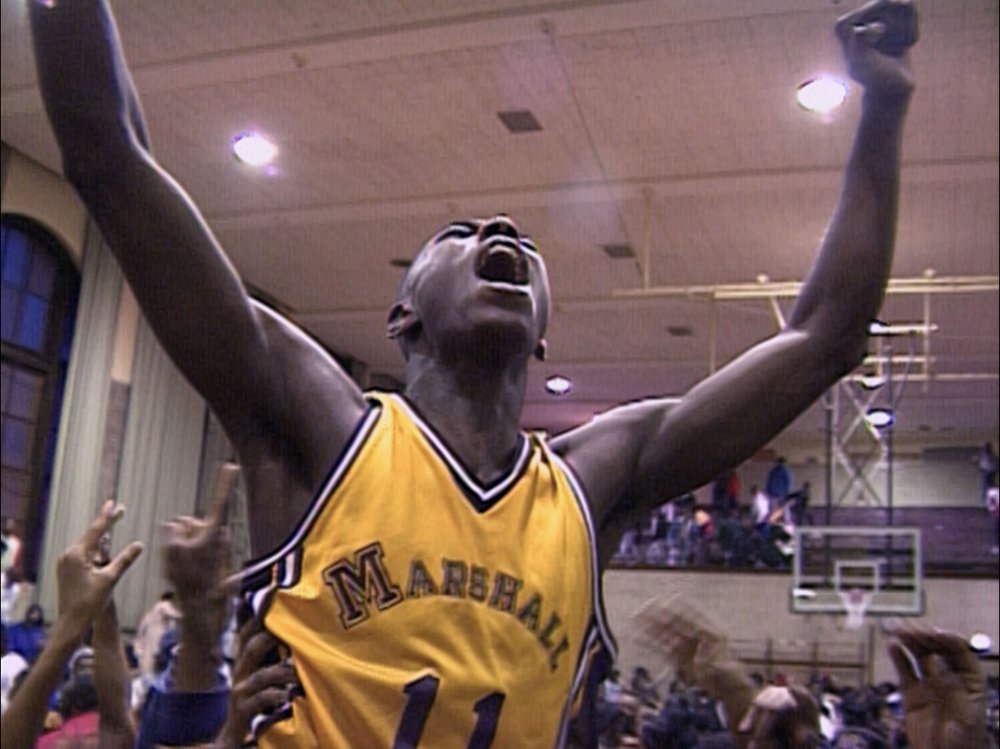 Hoop Dreams follows William Gates and Arthur Agee, two black high school students hoping for a future in professional basketball. Their dream involves a 90-minute commute to a predominantly white high school known for its outstanding basketball programme, and James’s account of their progress frequently touches upon the class character and economic basis of America’s race divide, as embodied by its educational system. Roger Ebert – who would become the subject of James’s 2013 documentary Life Itself – called it the great American documentary, and its development from television short to unexpectedly lengthy feature documentary is a typical expanding a project in order to give an unlikely subject with little commercial appeal more attention and time than it would ordinarily receive. 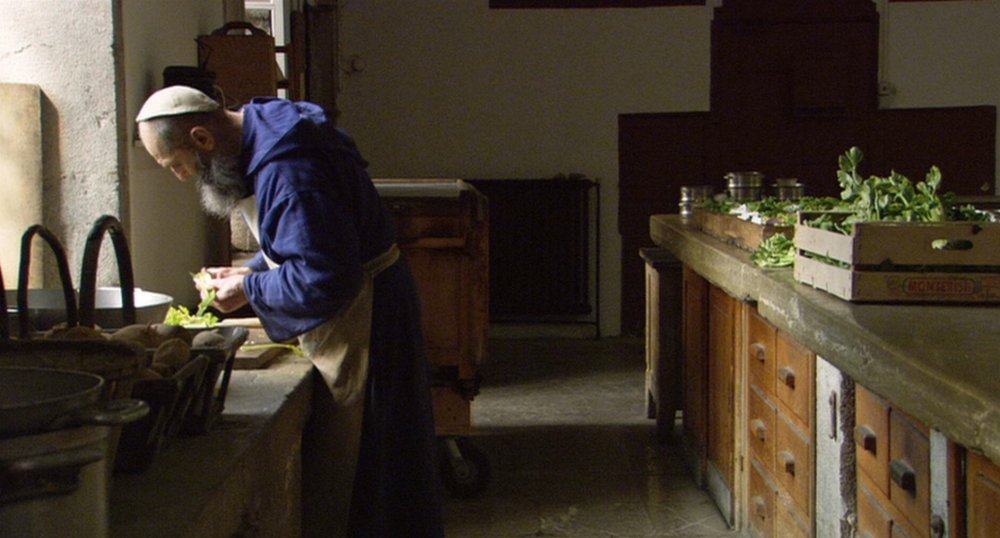 Though a strictly observational account of the everyday routine practised by Carthusian monks in a monastery high up in the French Alps must have sounded like commercial suicide for German filmmaker Philip Gröning, the decision to make one so appreciably long must have come naturally. For Gröning’s greatest ally in Into Great Silence is time itself: at 162 minutes, this quiet, intimate, dialogue-free portrayal of a largely unknown environment vividly captures the becalming aspect of spending time in solitude, far from the hustle and bustle of contemporary urban life.

The film’s length, combined with the natural lighting of its cinematography and its complete absence of added sound, lends an aptly and perhaps gruellingly austere edge. Time becomes a character as much as the monks themselves. Quite tellingly, Gröning first proposed the film in 1984. Claiming to need time to ponder his proposition, the monks didn’t reply until 16 years later. 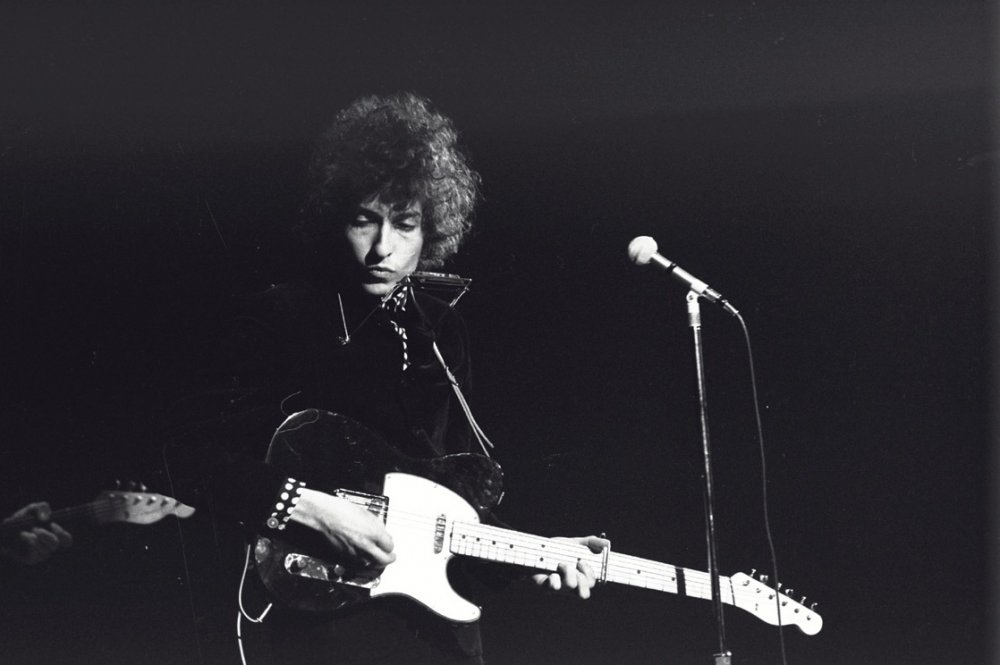 Named after a line from what is perhaps its subject’s best-known electric-era song, ‘Like a Rolling Stone’, No Direction Home focuses on the 1961-66 period in which Bob Dylan evolved from celebrated folk icon to a legend of rock. Long-time fan Martin Scorsese, whose A Personal Journey through American Movies (1995) had boasted the running time of 225 minutes, was brought on board to direct what had become, between 1995 and 2001, an unwieldy amassment of interview footage with Dylan himself as well as friends, associates and influences. The final result lasts an absorbing 208 minutes.

Sourcing material from Dylan’s 1966 tour of England, including the infamous “Judas!” incident at the Manchester Free Trade Hall, No Direction Home is as restless as Dylan himself – here an interview, there an old performance – and the way it gradually paints a portrait of its central, elusive figure is fascinating. 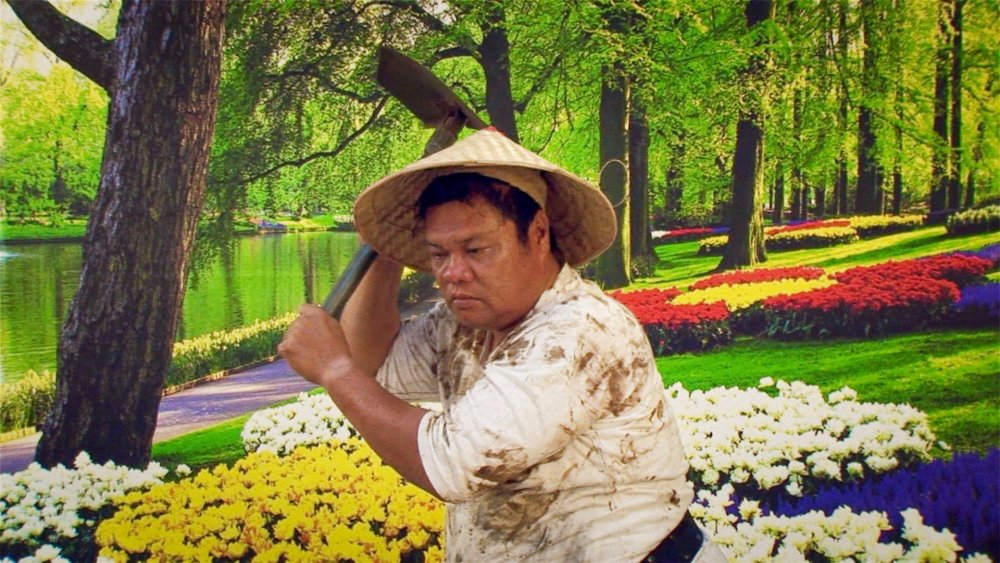 Time and duration are key elements in The Act of Killing, Joshua Oppenheimer’s unflinching investigation into the boastfulness, impunity and very latent guilt demonstrated by those responsible for the murders of 500,000 people under the pretext of Indonesia’s anti-communist purge between 1965 and 1966. In scenes that are by turns chilling, harrowing and heartbreaking, Oppenheimer gets the perpetrators of these horrific crimes to re-enact them in the manner of various film styles, building an emotional space in which they can finally see or feel something of the horror for which they are responsible.

For this, time and patience were required. Oppenheimer began conducting the interviews that would eventually lead him and co-director Christine Cynn to meet The Act of Killing’s key participants in 2001. Filming lasted seven years, taking place between 2005 and 2011. For viewers, it’s the film’s own emotional wallop that demands time and patience. An initial US theatrical release ran at just more than two hours. Oppenheimer’s celebrated director’s cut runs for two and a half. 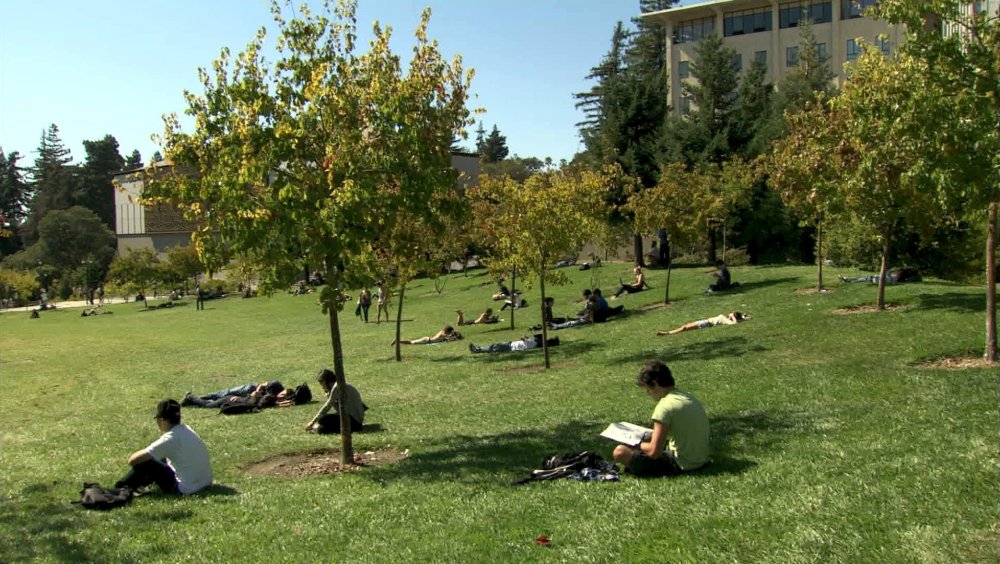 Is Frederick Wiseman the most consistent filmmaker ever? Truly, there’s something about his working method and general sensibility that makes his films almost inherently riveting: by setting up his camera and simply observing the directors, employees, visitors and subjects of institutions, Wiseman has accumulated a body of work as detailed as it is vast.

The documentary made immediately before his latest, At Berkeley is a panoramic dissection of campus life at University of California, Berkeley. It notches up 244 minutes of screen-time in following everyone from chancellors to freshers with a scrutiny, curiosity and keen eye for their interrelation. You get the sense, here and elsewhere in the filmmaker’s work, that whatever Wiseman turns his eye to, insight isn’t far away. You also sense that however long his films are, you’d keep on watching. The longer the better, in fact.