Wes Anderson’s Isle of Dogs sees a canine crew outcast to a rubbish dump in near-future Japan. To celebrate the director’s doggy dabblings we’re looking at some of the mightiest mutts in cinema history.

In Isle of Dogs, the canine pets of Megasaki City in a near-future Japan are exiled to a huge dump called Trash Island. Eager 12-year-old Atari (Koyu Rankin) visits the island in search of his dog, Spots, and gets help from battle-weary stray Chief (Bryan Cranston), and his pack of mangy mutts as they traverse dangerous parts of the island. Meanwhile, back in Megasaki, pro-dog groups are hitting back against Kobayashi, the corrupt mayor who forced the doggy purge.

Fans of Wes Anderson will be cheered by the tireless invention and fun in the director’s latest stop-motion feature, his second animation following Fantastic Mr. Fox (2009). The film puts our four-legged friends front and centre, so it’s time to paws and look at our top dog films. There were a pack of hopeful hounds who missed out, from K9 to Beethoven and Digby to Scooby Doo, but these will get tails wagging regardless. 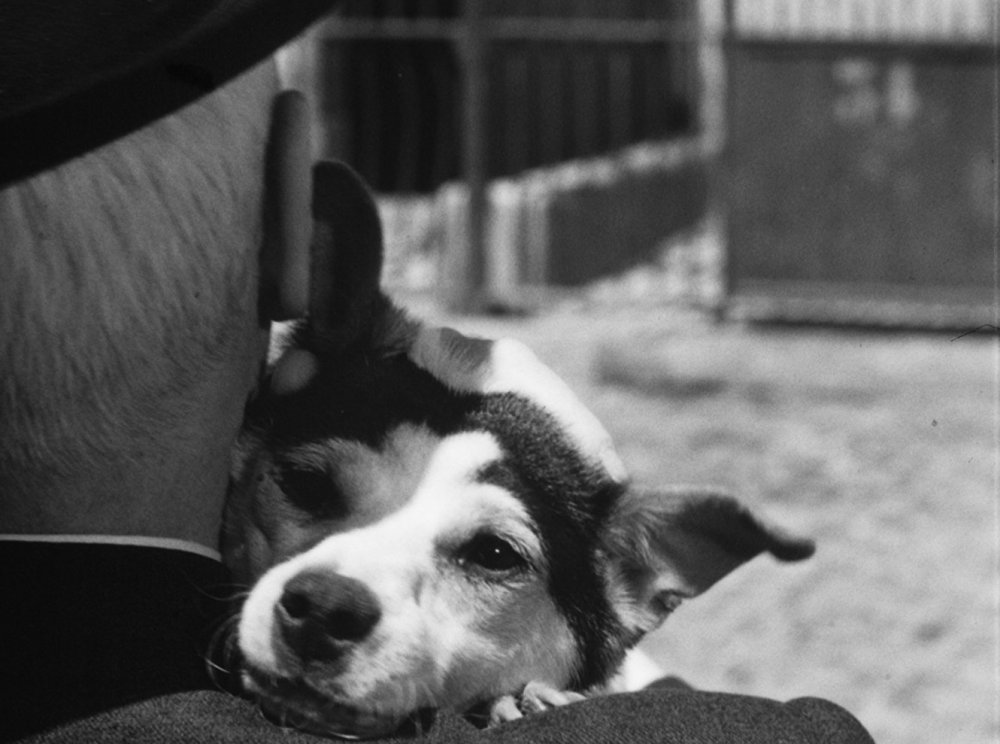 Umberto D. is named for its elderly protagonist, a man threatened with eviction by his landlady because he’s fallen behind on his rent. Played with forthright empathy by non-professional actor Carlo Battisti, Umberto is a weary and desperate character but a dignified one. Though dealing with illness and money problems, he cares deeply for his young, pregnant housemaid Maria (another talented non-professional, Maria Pia Casilio) and Jack Russell, Flike. There is loving authenticity in Vittorio De Sica’s portrayal of companionship between man and dog with dependence, age and friendship all examined carefully. Bicycle Thieves (1948) is the director’s more famous Italian neorealist masterpiece, but Umberto D. shares its empathy and steady, uncompromised tone. Another Roman heartbreak, sure, but a vital one.

One Hundred and One Dalmatians (1961) 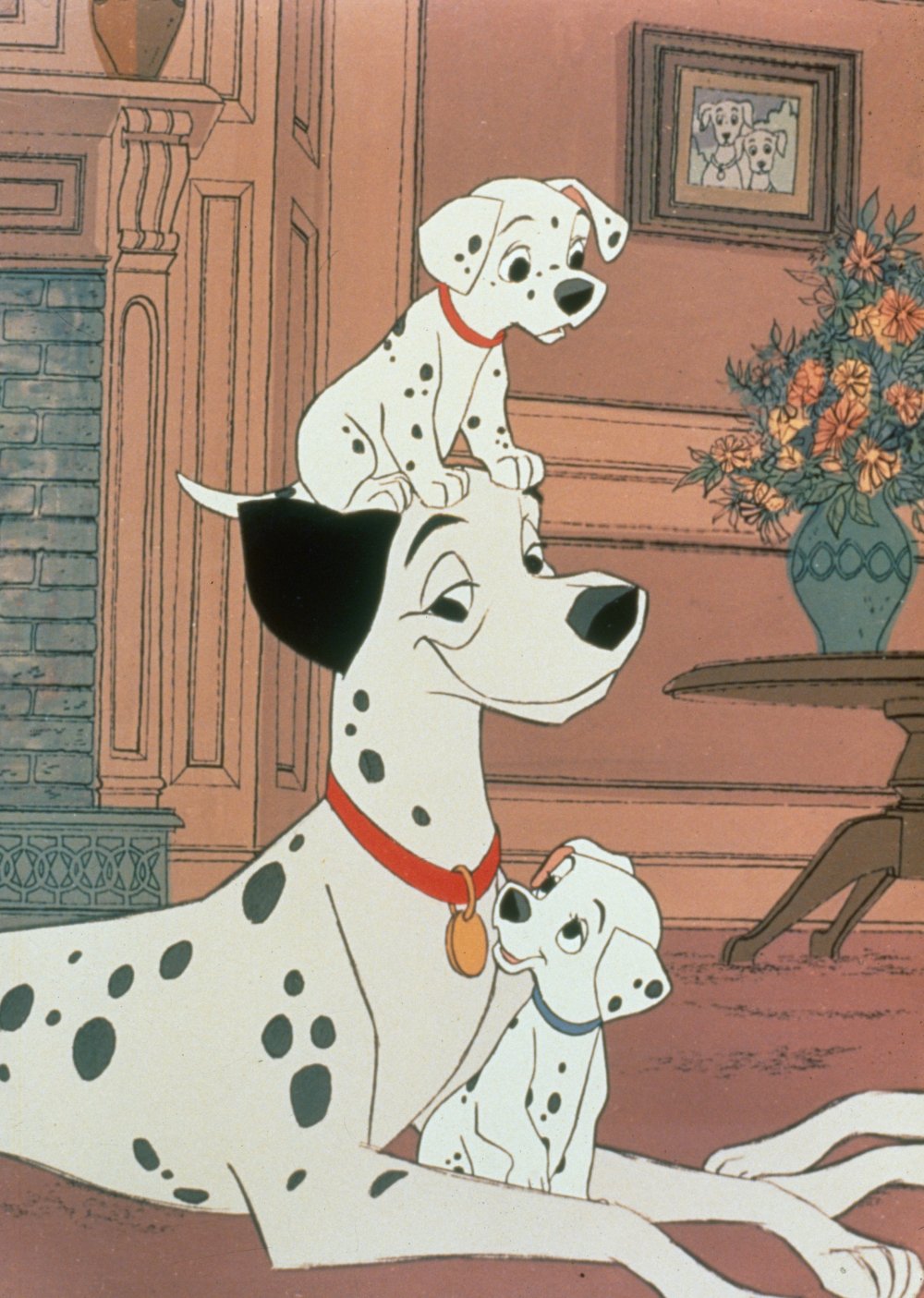 Although named after its tonne-plus-one puppies, this PETA-friendly animated Disney adventure is chiefly of interest for its terrific baddie, who may be the finest to grace a House of Mouse production. Cruella De Vil is, of course, the film’s chief antagonist, a villainous chain-smoking aristocrat who lives in a dilapadated mansion called Hell Hall. Cruella (Betty Lou Gerson) has designs on the dogs of old schoolfriend Anita Radcliffe (Lisa Davis) – literally and figuratively; she has the poor doggos stolen by bumbling henchmen Jasper and Horace with the intention of creating a dog-skin fur coat. Luckily, Anita’s dogs Perdita and Pongo use the “twilight bark”, a canine gossip grapevine to get help from other London dogs. A forgettable live action remake of the film was made in 1996 with Glenn Close taking the lead as De Vil. 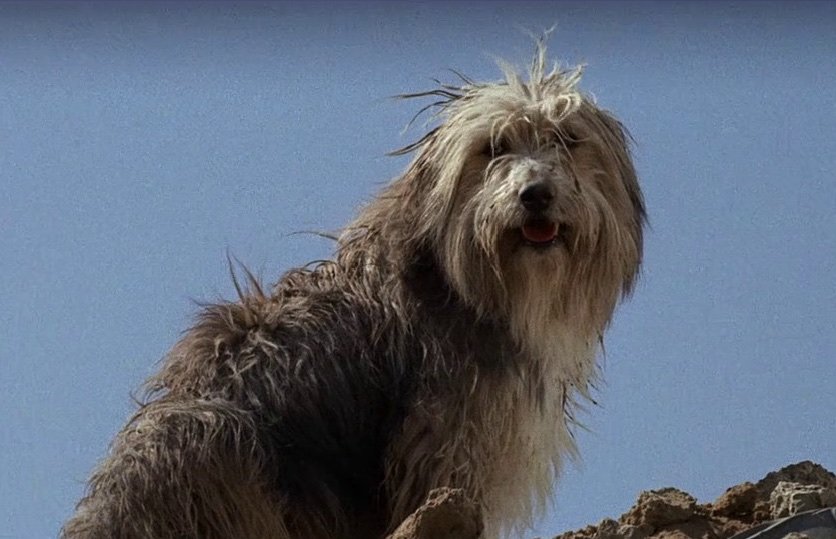 Coming on like the oddball offspring of a lost Nic Roeg film and Mad Max 2: The Road Warrior, A Boy and his Dog is a low-key delight. Adapted from a Harlan Ellison novella, the post-apocalyptic comedy takes place in a hopefully fictional 2024 after a five-day-long fourth world war. Horny teen Vic (a young Don Johnson) spends his days scavenging across the US south-west desert and has just his telepathic, sardonically witty dog Blood for company. Only he – and us – can hear Blood. The relationship between dog and human is less ostensibly loving than the others on the list but mutual dependence and friendship is still the aim of the game despite their bickering. 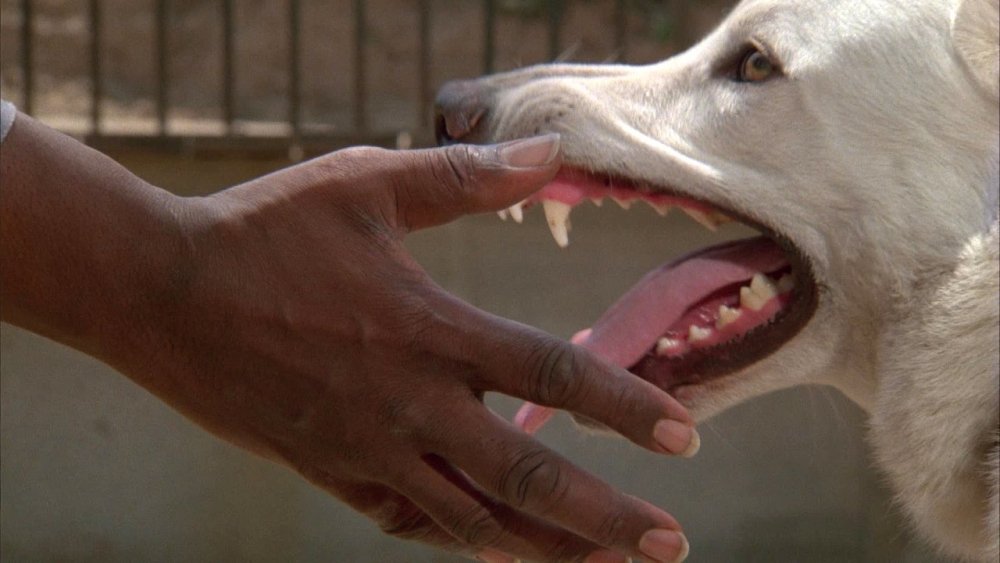 Veteran genre specialist Sam Fuller was best known for his admired westerns, noir and war movies. Late in his career he delivered this searing race parable. With co-screenwriter and friend Curtis Hanson the influential director adapted Romain Gary’s autobiographical story about the re-training of a stray ‘white dog’ who has been conditioned to attack and kill black people. The film suffers slightly from a melodramatic tone and unusually mawkish Ennio Morricone score, yet remains a prescient howl that echoes decades later. Steely dog-trainer Keys (Paul Winfield) and Kristy McNichol’s Julie are the best of the human cast, while the eponymous German Shepherd (played by five dogs) is viciously bloodthirsty one minute, loving and gentle the next. 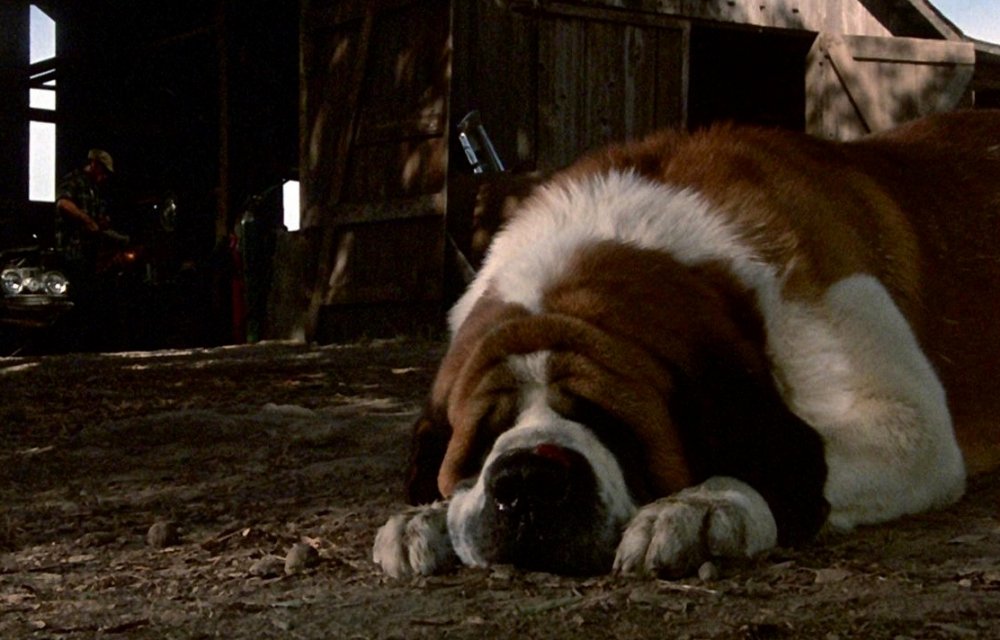 Stephen King’s novel about a happy St. Bernard who is bitten by a bat is adapted with relish by Lewis Teague, director of cult horror B-movie Alligator (1980).

After a first half that is relatively free of menace, two men are savagely mauled in satisfying fashion before a terrifying jump scare involving Donna Trenton (Dee Wallace) and her young son Tad (Danny Pintauro) paves the way for a nightmarish siege in Donna’s car.

Teague shoots the tale of rabid Cujo as queasy fun, while the beast terrorises these simple smalltown folk in prolonged frenzied attacks. Pugnacious pooch fun, but best avoided by the dog-nervous. 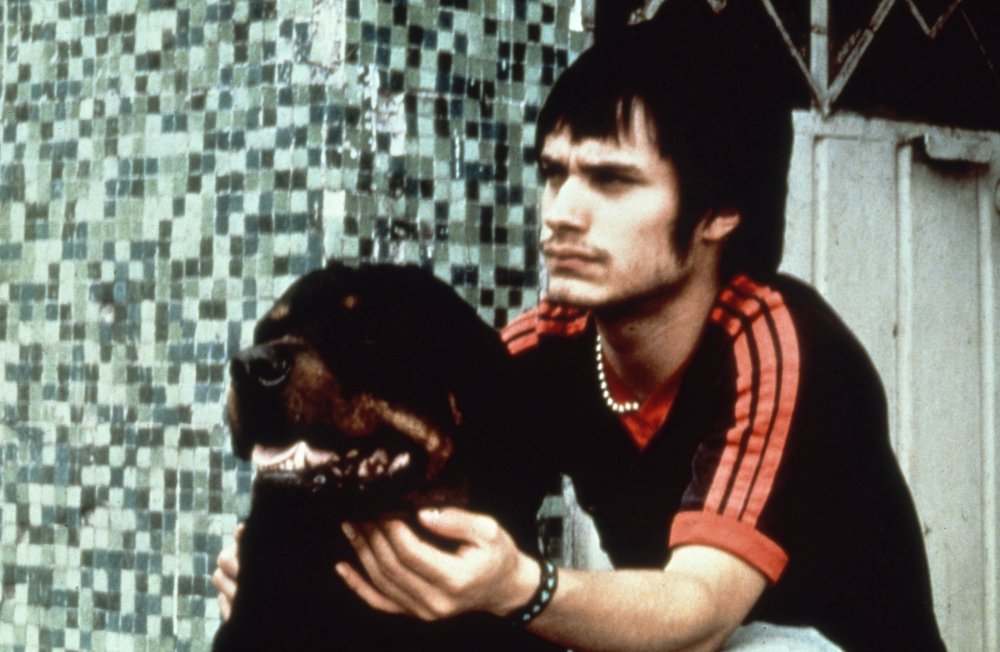 Alejandro González Iñárritu’s fierce and flashy debut feature is a streetwise triptych containing three stories interlinked by a car accident in Mexico City. In his first major role Gael García Bernal excels as pressured ghetto teen Octavio, whose love for his sister-in-law leads him to dreams of escape. Octavio’s rottweiler Cofi wins a series of dogfights whose winnings offer his master a glimpse of a new life, but violence and tragedy scupper hopes swiftly. Two other stories feature an affluent model and a hobo hitman, but the real star apart from Cofi and a wealth of assorted canine agressors and strays is the teeming, sultry Mexican capital. The dog-fighting scenes and associated violence on screen caused controversy upon release, but no dogs were harmed during production. 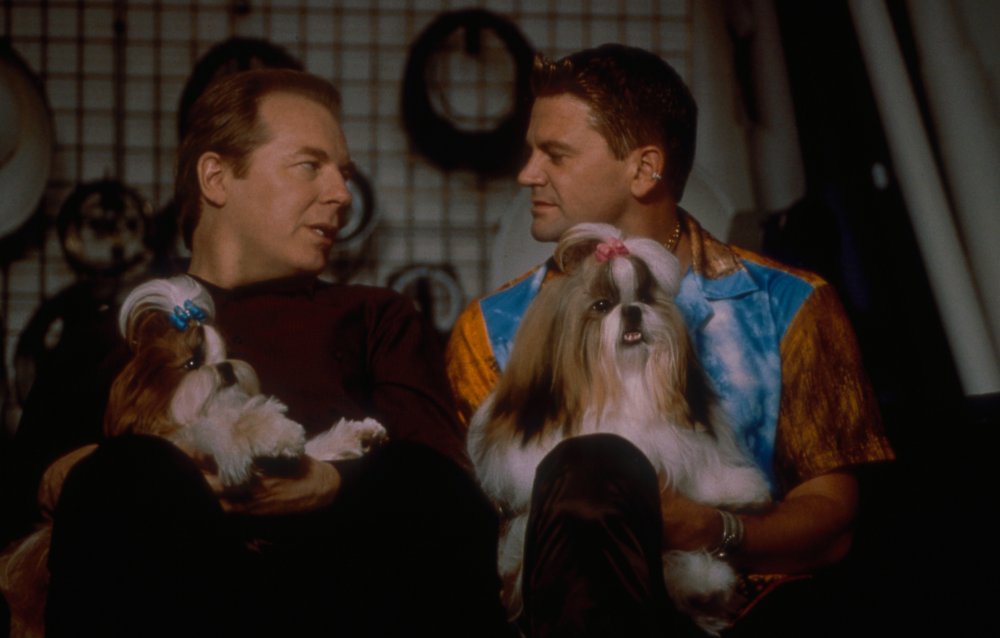 In lesser hands the mockumentary can appear somewhat hackneyed. No need to worry with Best in Show, though. As one of the format’s inventors with This is Spinal Tap (1984), director and co-writer Christopher Guest is a mock-doc master. Focusing on the fictitious Mayflower Kennel Club Dog Show in Philadephia, Guest skewers a raft of ludicrous dog owners and the dog show scene in all its camp pomposity. With a sterling cast including the ever-reliable Catherine O’Hara and Jane Lynch, co-writer Eugene Levy and Tap cohort Michael Mckean, the proceedings tick along from slightly odd to barking mad. 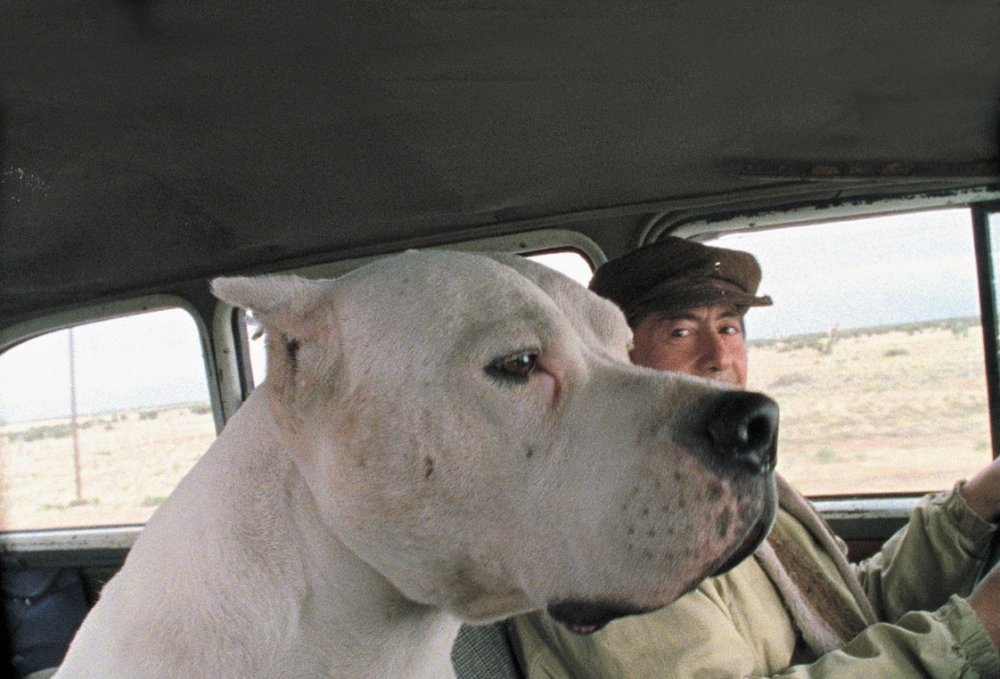 Bombón: El Perro is a whimsical tale about down-on-his-luck 52-year-old Coco (Juan Villegas) who receives a puppy as in-kind payment when he goes out of his way to fix a woman’s car. While Coco watches on bemused, the young Dogo Argentino wins a prize at a show thanks to the assistance of effusive dog trainer Walter. There’s regret afoot when the eponymous Dogo’s libido is discovered to be so low he can’t be put out to stud, but things are kept gentle and naturalistic without the stakes becoming life-threatening. Coco bumbles along like a Patagonian version of Chance the gardener from Being There (1979) as events wash over him. The tone is one of glad, calm acceptance and focuses on life’s quiet, happy moments rather than the sad, desperate grasping of so much modern city life. 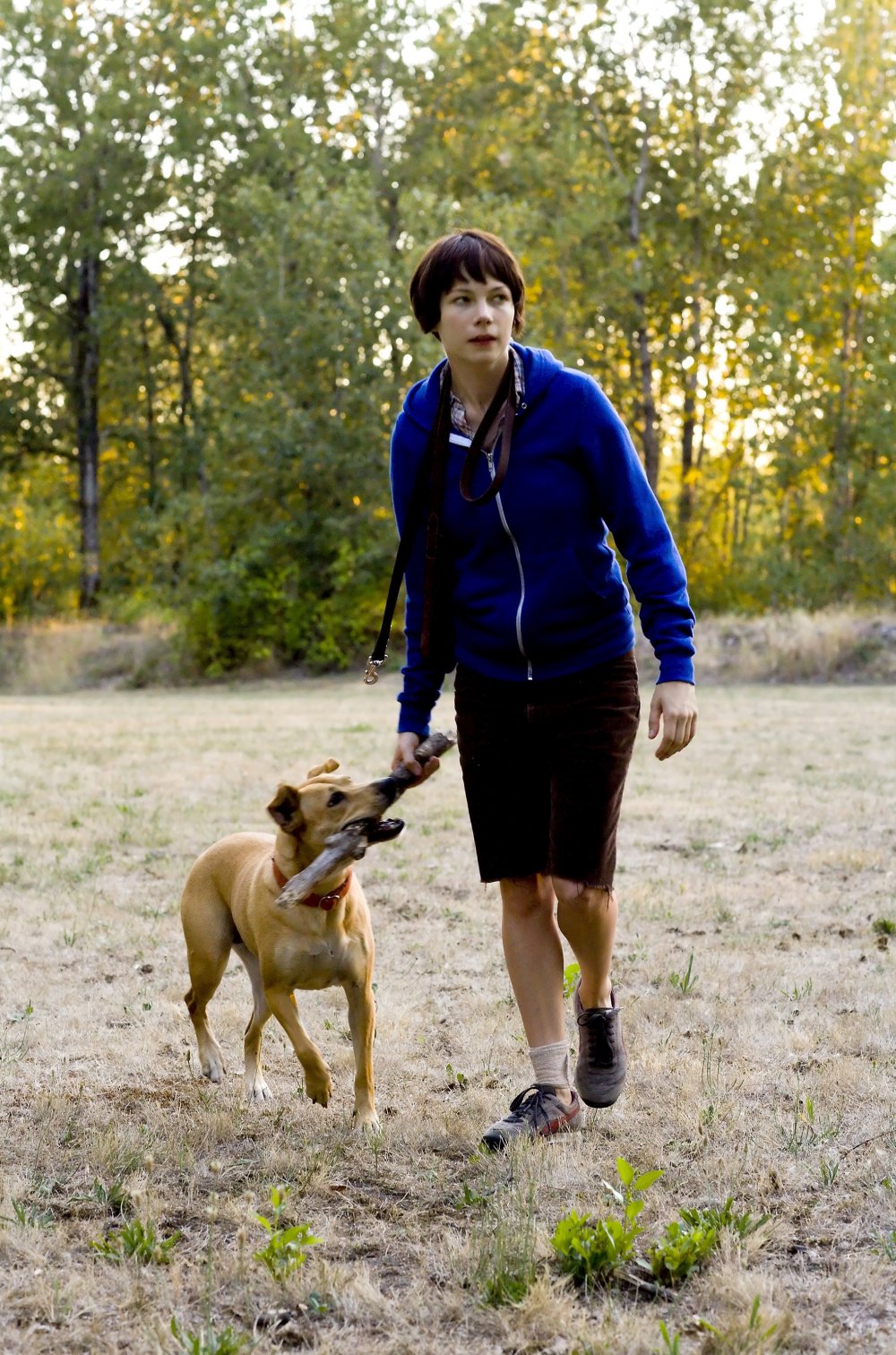 Kelly Reichardt’s unfussy tale about a vagrant who loses her dog after she is arrested for shoplifting is low on budget, but rich in meaning and emotion. A fine, restrained performance by Michelle Williams as the titular Wendy is a highlight and, as ever, Reichardt’s innate knack for tight, careful composition and sensitive, lean storytelling is clear. The effects of poverty are steadily and carefully revealed, unsparingly and without embellishment. For instance, it’s one of the few films to show the sheer tedium and time it takes to travel when skint. A quiet and honest triumph for one of America’s greatest contemporary directors, co-written with – and based on a story by – regular collaborator Jon Raymond.

When 13-year-old Lili’s naughty Labrador-cross Hagen repeatedly upsets her grouchy divorced dad Dániel, the lively mutt hotfoots it across Budapest to kickstart a doggy uprising. Hagen and his canine chums revolt against their human oppressors in the beautiful Hungarian capital with impressive co-ordination, and Kornél Mundruczó’s film is excellently choreographed and unsettling for those who wonder what might happen if dogs got the upper hand. Zsófia Psotta is believably petulant as Lili, whose musical talents may hold the key to stopping animals taking over. But really, it’s not the two-legged creatures who are the true stars of this allegorical Hitchcockian mystery.