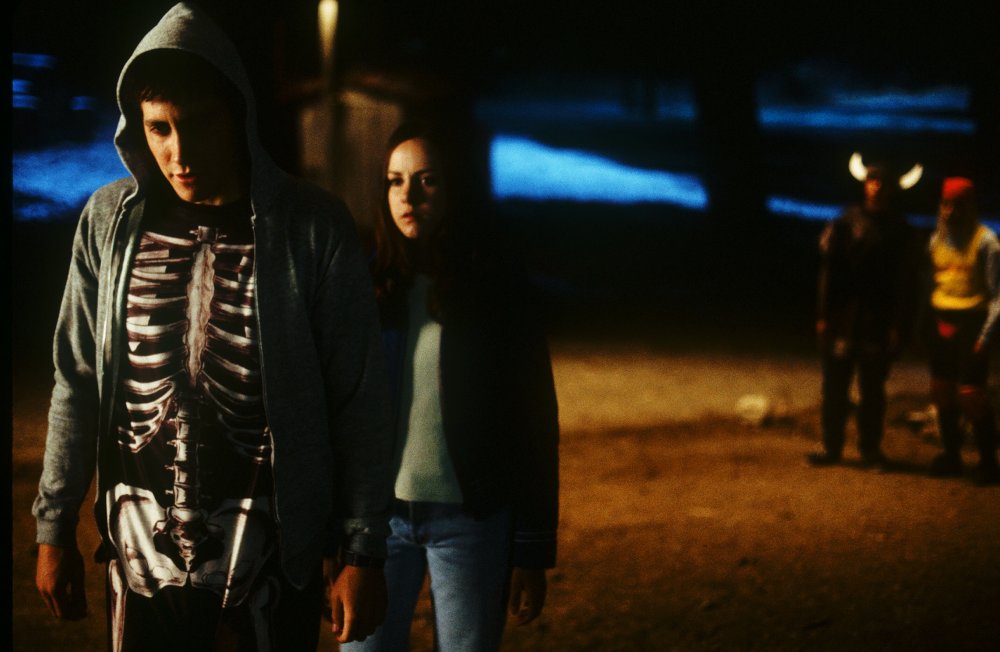 Suburbia. Looked at from its mid-20th century origins, and the perspective of shell-shocked societies reeling from two recent, devastating world wars, it’s not quite the free-floating punchline often used today. Nations seeking to rebuild and rebrand themselves after periods of overwhelming death and chaos chose rapid regeneration projects for populations desperate not just to move forward but to re-establish some sense of order and control. Between the city’s freewheeling futurism and an agrarian past, the suburbs allowed you to redefine yourself not merely through geography but through a new socio-cultural way of life.

This came at a price, though one not always immediate in the postwar economic boom period, where renewed confidence and consumerism suggested so much possibility. The certainties offered by rigid gender roles, model households and families, and the pressure to attain normalised standards that supposedly guaranteed a happiness not granted to previous generations took their toll. And the cracks, when they inevitably appeared, could be lethal.

Such schisms have long been fertile ground for artistic exploration, particularly in film, which very quickly showed directors keen to visually exploit, in the title of one of its most shrewd analysts, this imitation of life. Whether through melodrama, comedy, science fiction or horror, ‘dark’ suburbia often scarcely seems a necessary prefix. And while many films enjoy skewering the baby boomer-era, more contemporary-set work like 2001’s Donnie Darko reveals how little has really changed. Today’s technologically enhanced, image-driven world is more than a distant echo of the anxieties that suburbia once embodied – it’s the globalised endgame. 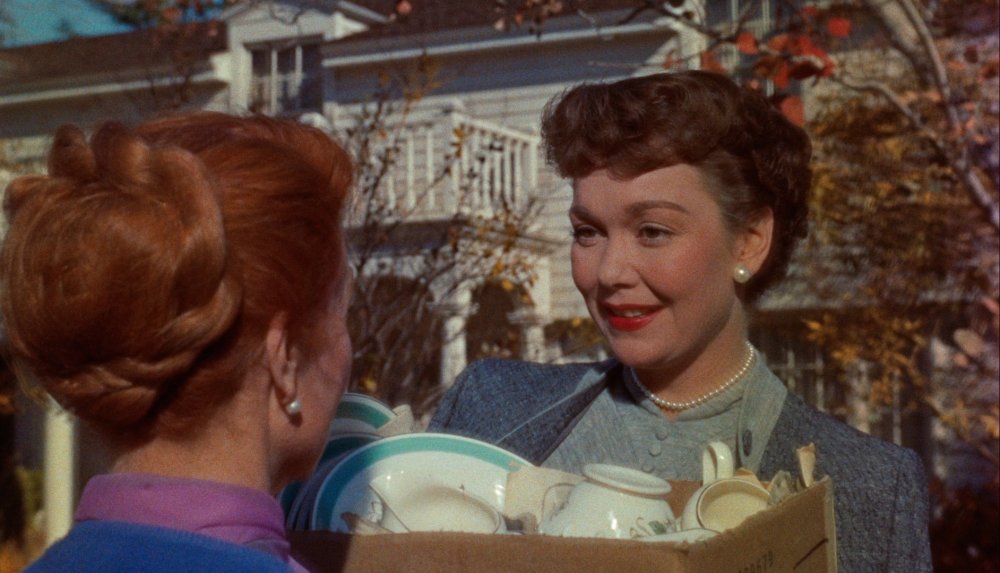 Douglas Sirk’s lush 1950s US melodramas infamously only won serious critical support in retrospect. From today’s vantage point, though, it’s startling that his subversive takedowns of conventional middle-class mores weren’t more evident at the time. All That Heaven Allows treats its WASP-ish New England commune as a purgatory for Jane Wyman’s middle-aged widow, persecuted for her passionate union with Rock Hudson’s young bohemian gardener by her peers’ small-minded snobbery and her own adult children’s selfishness.

Superficially unsubtle – Hudson reads Thoreau’s nature paean Walden, Wyman’s compensation Christmas present is a television set, and her brainy daughter quotes Freud – the film truly evokes its themes with unobtrusively effortless visual storytelling. Though appearing to bask in affluent comforts, Sirk undercuts these surface pleasures with expressive framing, lighting and colour – Wyman is regularly bathed in icy blues until thawed out by love – that betray suburbia’s willingness to turn on and stifle any threat to its complacent conformity. 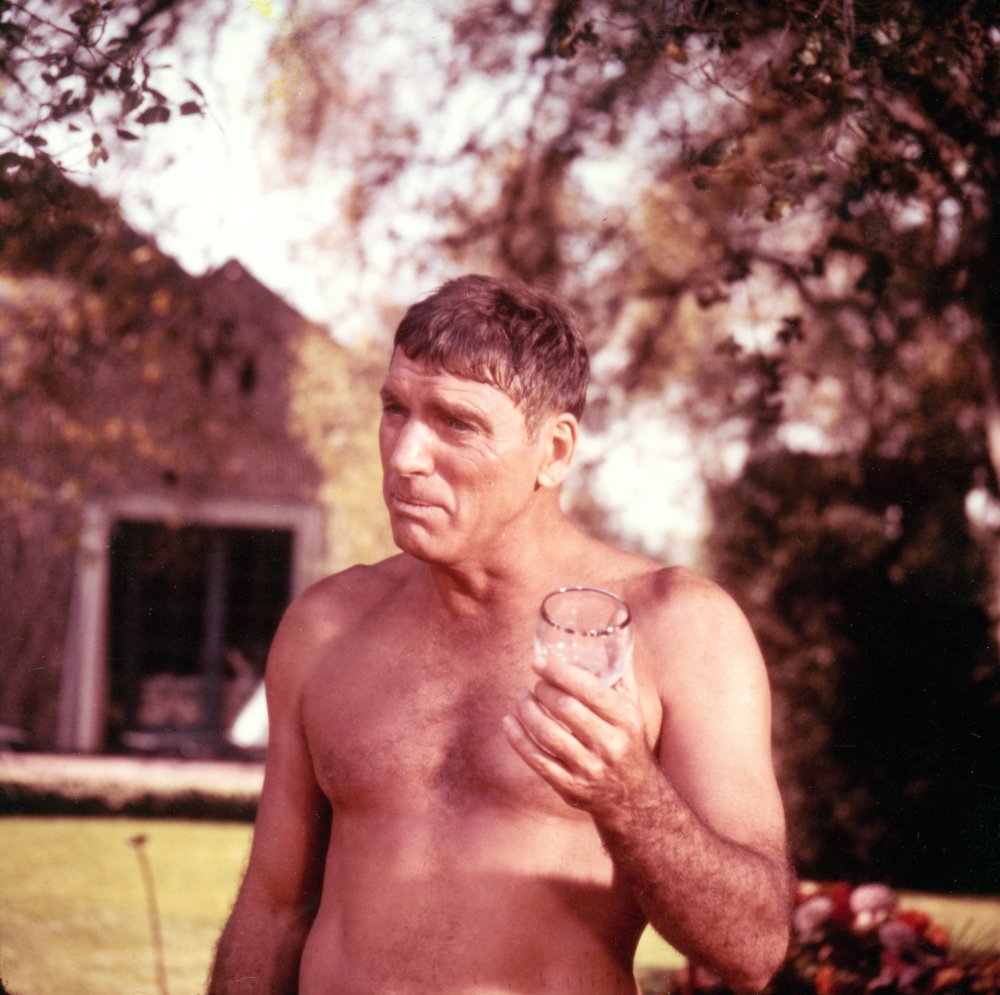 One of the oddest-ever Hollywood star vehicles, this adaptation of a 12-page John Cheever story follows Burt Lancaster’s alpha male Ned and his determination to reach his Connecticut bourgeois home by consecutively swimming through his neighbours’ pools. Described by its leading man as “Death of a Salesman in swimming trunks”, The Swimmer sees Ned’s bucolic picaresque gradually darken to reveal his secret, angst-ridden alienation – a tragedy that his self-contented social circle in turn deny or hypocritically reject in disgust.

Even aged 52, former circus acrobat Lancaster’s physical prowess still intimidates, which makes his eventual spiritual breakdown all the more powerful. It also helps rebalance a notoriously troubled production’s avant-garde aspirations, all ungainly zooms and blurry slow motion (plus awkward Joan Rivers cameo!), which sporadically threaten to upend its allegorical conceit. What’s admirable, though, is the film’s refusal to blame all Ned’s problems on his surroundings. Suburbia can also summon forth the darkness from within. 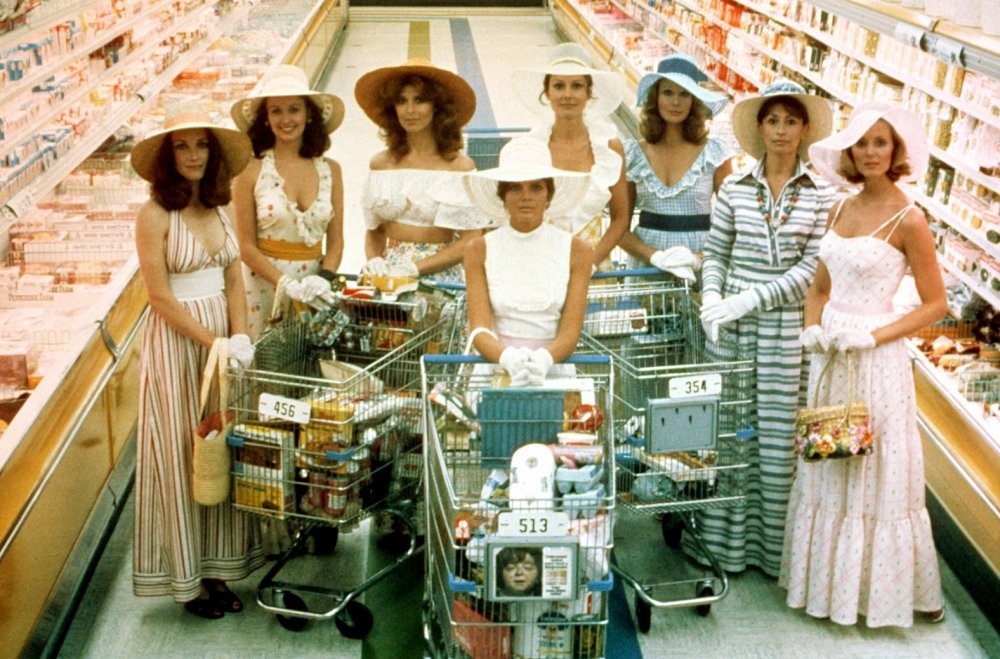 So iconic has Ira Levin’s 1972 novel and its subsequent movie version become (let’s skip the smug 2004 comic remake) that its title has passed into the cultural lexicon as shorthand for passive automaton existence. That’s the disquieting reality that New York photographer and mother Katharine Ross encounters on moving to the ’burbs, far removed from the energised and liberated city, the type of bland environment where male chauvinism can quietly and duplicitously go about reasserting its dominance.

Levin, himself once a denizen of Wilton, Connecticut – what is it with New England and dark suburbia anyway? – ingeniously satirised both the then-rising feminist movement and its backlash. William Goldman’s screenplay pushes the sci-fi ‘fembot’ angle further than the novel but gleefully keeps the bleak dénouement. In America’s paranoid Watergate era, conspiracy fever has spread beyond the political corridors of power to infect the malls and lawns of Everytown, USA. 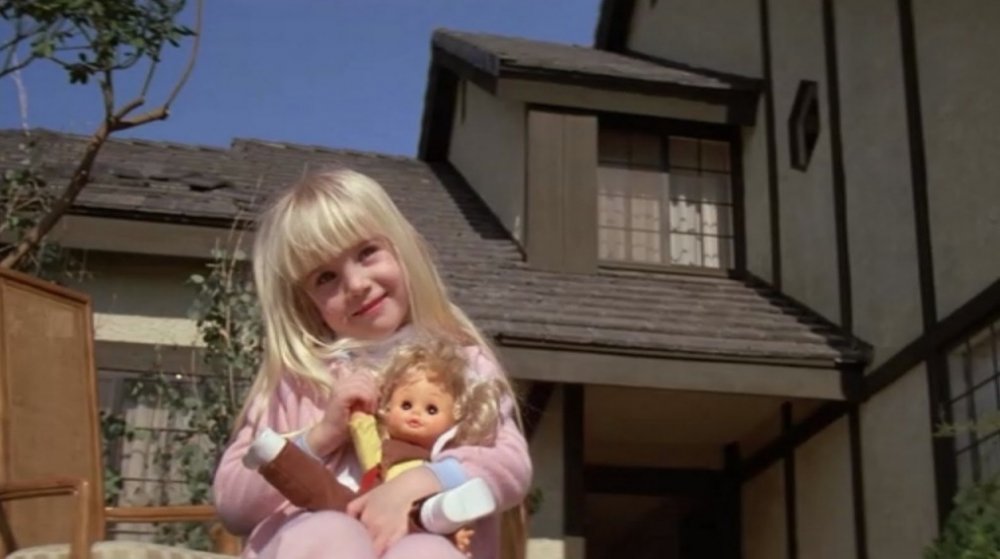 Location, location, location… Of all the horror films that terrorise their suburban denizens, from the original 1956 Invasion of the Body Snatchers’ Santa Mira, to Halloween’s Haddonfield, none exploit the actual bedrock beneath their feet as well as Tobe Hooper’s (or perhaps, according to movie lore, producer/co-writer Steven Spielberg’s) spectral extravaganza.

Poltergeist cannily shifts the remote haunted house of old to sunny Orange County planned community Cuesta Verde. And while the evil spirits make contact with cute moppet Carol Anne Freeling through surrogate babysitter the TV, and a psychotic clown doll garners the film’s biggest jump scare, the real villains here are clear: ruthless property developers (including unwitting dad) who built over a cemetery. Whatever Spielberg’s actual hands-on influence here, faith in the nuclear family’s strength to prevail over external malevolence – see E.T. (1982) and more recent homages Super 8 (2011) or Netflix’s Stranger Things (2016) – is clearly where he feels most at home.

Freed of the censorship codes that governed 1950s small-town big-screen chroniclers Douglas Sirk and Nicholas Ray, Lynch’s explicit visual and verbal violence clash with his timeless Norman Rockwell-esque ambience. And filtered through Lynch’s own surreal, oneiric sensibility, his vision of modern America is deceptively mild on top but deeply weird at heart. 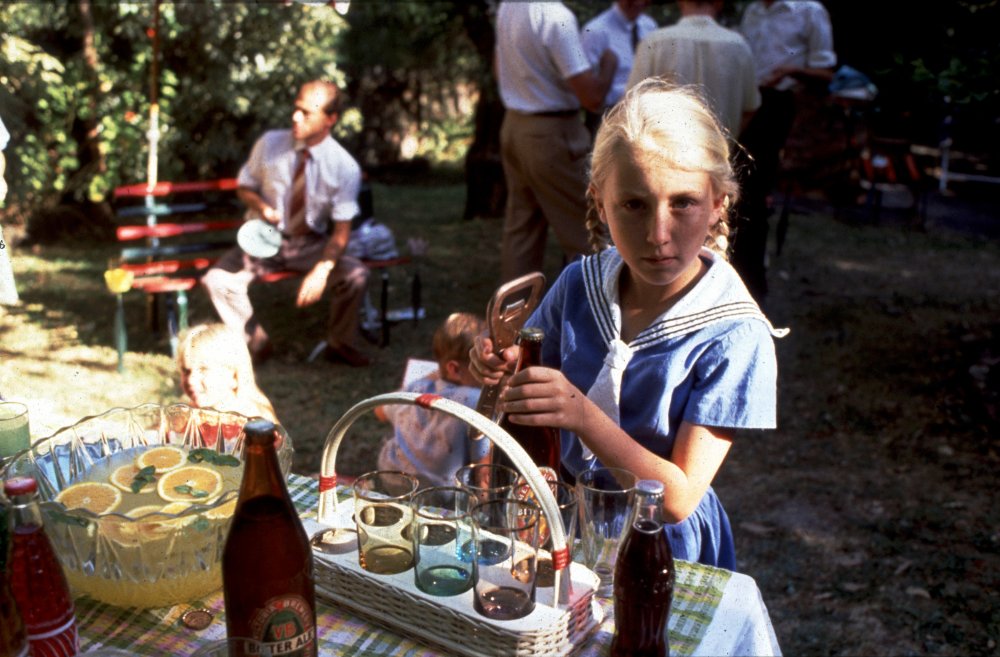 So strong is the hold of the American suburb in our collective cinematic consciousness that sometimes one forgets that it’s an international construct. Australian writer-director Ann Turner’s debut feature is set in 1950s Melbourne and tells a poignant, at times brutal, coming-of-age story about a young girl forced to confront the prejudices of her society and her neighbours. Turner cleverly conflates the nation’s infamous rabbit plague with fears of a spread of “vermin”-like communists that an intolerant suburban community also wants to eradicate.

Celia’s imagination gives as much weight to these real witch hunts as to the creepy fictional Hobyahs from her school stories, while Melbourne’s still-developing communities allow Turner to spend time in the arid scrubland environs, casting a critical eye over the supposed spread of civilisation. Her heroine is fascinatingly complex, a precursor both to Pan’s Labyrinth’s saviour and the dangerous fantasists of Peter Jackson’s Heavenly Creatures (1994). 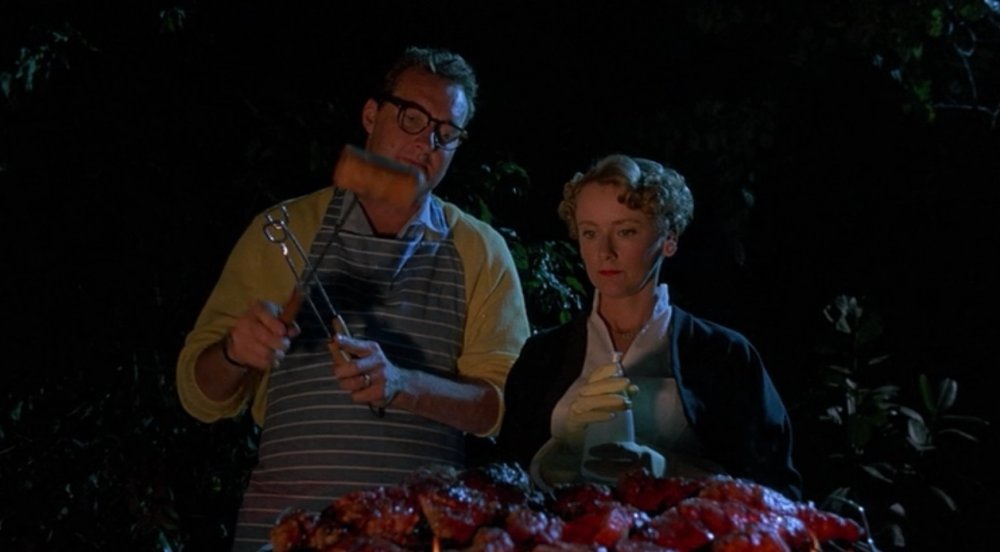 “Leftovers.” That’s as much detail as suspicious young Michael can pull from his chirpy yet evasive mom and dad about the origins of the meat they insist on serving at every meal in their squeaky clean 1950s Massachusetts home. For his debut feature, actor Bob Balaban, best known for his mild-mannered Christopher Guest and Wes Anderson film roles, serves up a surprisingly savage parody of postwar American suburbia.

Pressure to fit in is delivered with rictus-grin smiles and capitalist consumerism is taken to gruesome, all-too literal extremes. Balaban boldly fluctuates from broad humour – dad’s research job is for conglomerate Toxico – to surreal fantasy flourishes, complete with Lynchian soundscapes and music by Angelo Badalamenti. From its opening panoramic shot over acres of identical houses to the sweetly menacing performances by Mary Beth Hurt and Randy Quaid, Parents teaches you how blind adherence to warped, homely values can swallow you whole. 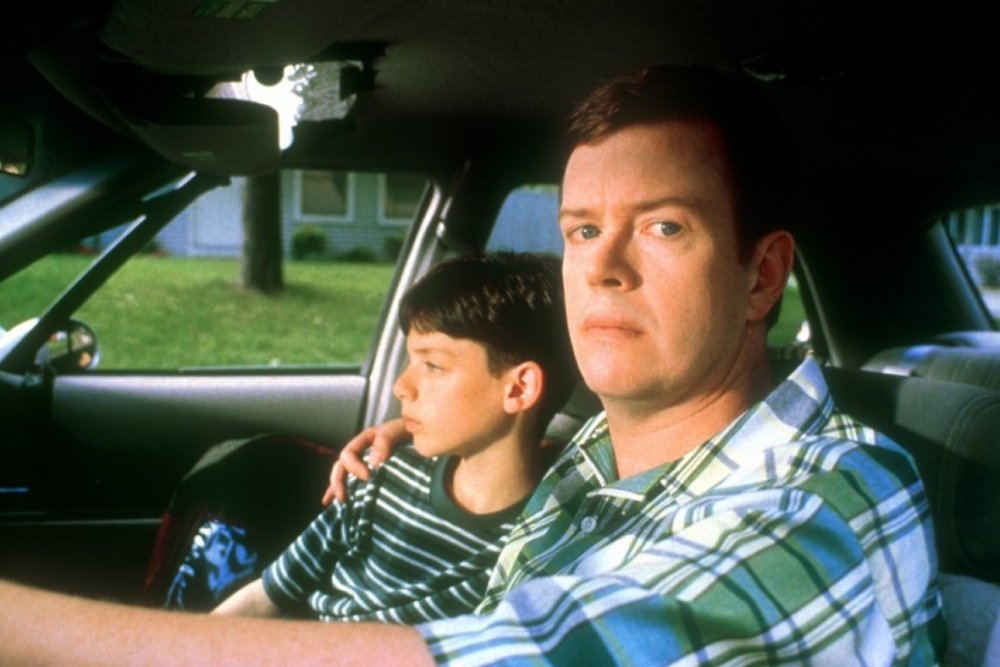 Of the glut of pre-millennial suburbia exposés – The Ice Storm (1997), Pleasantville (1998), American Beauty (1999) – none was as brutally uncompromising or despairing as Todd Solondz’s symphony of misery, possibly the least aptly-titled movie ever made. Largely set in his habitual New Jersey enclaves (with sorties to an equally spiritually numb Florida retirement community), Solondz takes in rape, murder, suicide and even paedophilia, as conducted by a middle-class psychiatrist on his pre-pubescent son’s friends.

These daring, heartbreaking scenes in particular, with a matchless Dylan Baker as the abuser, still shock today, though the entire ensemble – including Philip Seymour Hoffman’s sweaty sex pest and Jane Adams’s serial victim – are unflinching in their commitment to Solondz’s theme: how we box ourselves into cookie-cutter prefabs, office cubicles, even diner booths, denying ourselves true connection and communion. Despite the jaundiced humour, this is a true existential horror movie, whose monsters and victims are one and the same. 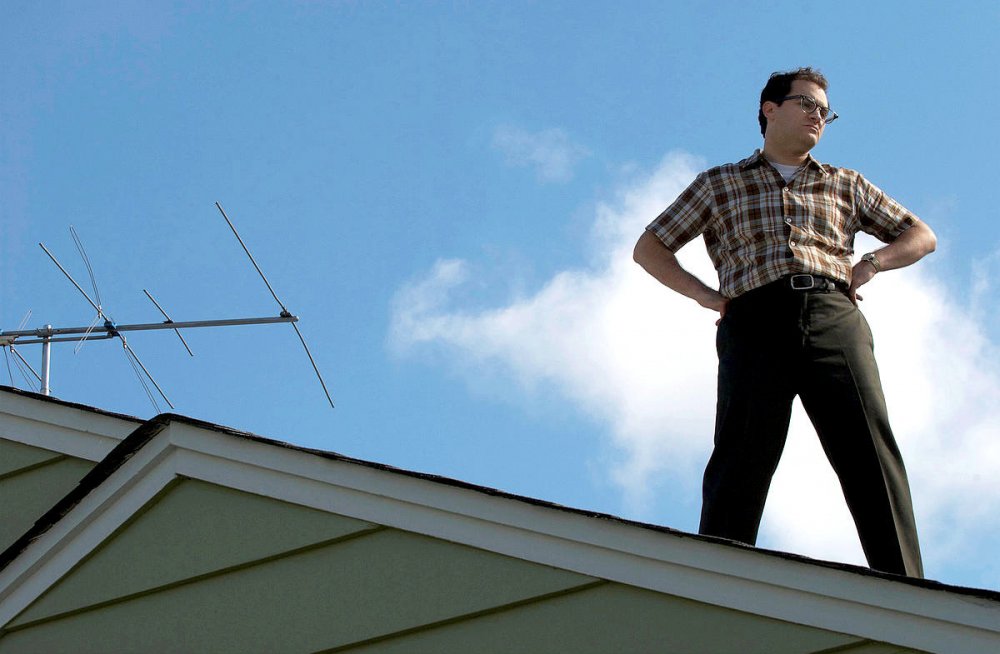 One rarely thinks of the Coen brothers as personal – ie, autobiographical – filmmakers, but these blackly absurd, nested fables set in the Minnesotan Jewish suburbs of their youth is as close as they’ve yet come. Offering up the Job-like trials of mild-mannered college professor Larry Gopnik (a wonderful Michael Stuhlbarg) grappling with his wife’s affair, a student’s bribe, a false mail-order of Santana’s Abraxas and a growing yet intangible unease, it’s hard to envisage many filmmakers who can imbue their work with such a specific place and time – the unsettling dripfeed of counterculture into the uptight ’burbs – yet simultaneously convey a mythic, even cosmic reckoning.

What does it all mean? On reflection, its ending, particularly the chilling final shot, is arguably bleaker than their 2007 Cormac McCarthy adaptation No Country for Old Men. Then again, perhaps you’re better off following the advice given to their permanently bemused lead character: “Accept the mystery.” 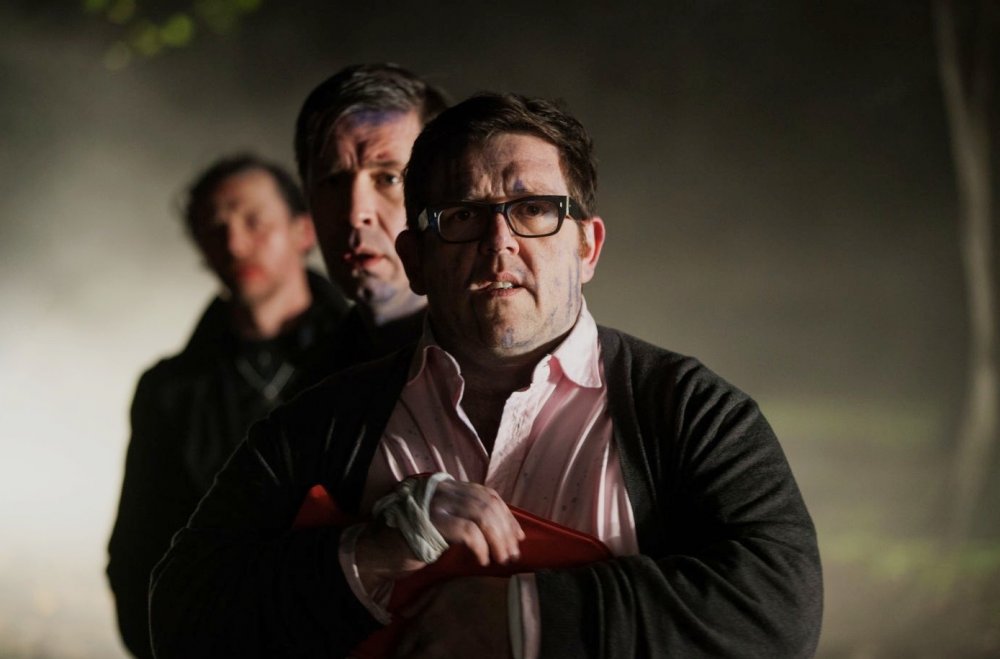 The World’s End sees middle-aged men recreating their hometown teenage pub-crawl, when they inadvertently uncover an alien takeover promoting sterile obedience. Tour a random UK high street’s fast-food franchises, pub chains and identikit stores and not so much body- as soul-snatching readily comes to mind. Handling serious themes with such a light touch is testament to Wright’s consummate filmmaking, the pair’s comic skills and a crack ensemble cast. Then there’s the bravery of making a selfish, genuinely damaged addict humanity’s unlikely champion, with Pegg’s Gary King his rawest, best performance yet.