As the LOCO London Comedy Film Festival rolls in to blow away the January blues once again, we decided it was time to take stock of some of the 21st century’s finest, funniest achievements in film comedy. 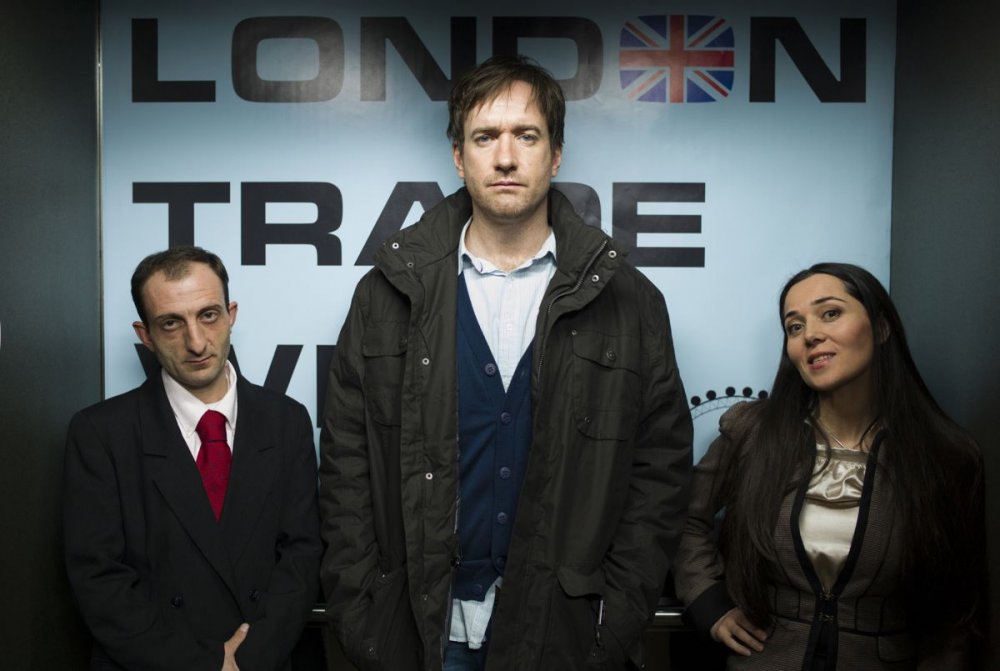 Let’s face it, in dark, dreary January, everyone needs a good laugh. LOCO, the London Comedy Film Festival now in its fourth year, was specifically designed to combat the winter blues, serving up an array of new and classic shorts and features across the capital. Along with its world premieres, and the opening night UK premiere of Lost in Karastan, this year’s LOCO theme is social class – a smart choice in a general election year – which means the likes of vintage Ealing comedies Passport to Pimlico (1949) and Kind Hearts and Coronets (1949) and more modern classics such as Local Hero (1983) and Life Is Sweet (1990) back on the big screen.

And LOCO isn’t just about watching movies; it plays an active role in providing training and ideas for funding for the next generation of comic filmmakers. Its highly popular Kickstart Your Comedy Career course at BFI Southbank offers a great way to motivate and connect people – just the way the best comedies do.

Given comedy’s importance – ridiculing the mighty, empowering the disadvantaged and reflecting our world in all its absurdity – it’s yet again worth noting the depressing regularity with which it’s relegated to stooge status while dramas reap the critical kudos and awards. Perhaps this is one reason for a noticeable contemporary trend towards a darker comic hue, be it barbed satire, gross-out antics or embracing genuine heartbreak.

Some will doubtless view certain entries on this shortlist as no laughing matter (which is largely why, after painful deliberation, 2004’s modern “screwball tragedy” masterpiece Eternal Sunshine of the Spotless Mind was omitted). But rather than see this shift as a dilution or negation, I’d rather view it as confirmation of comedy’s inherent potential to recognise, process and communally celebrate life’s joy and pain: reverence through irreverence. 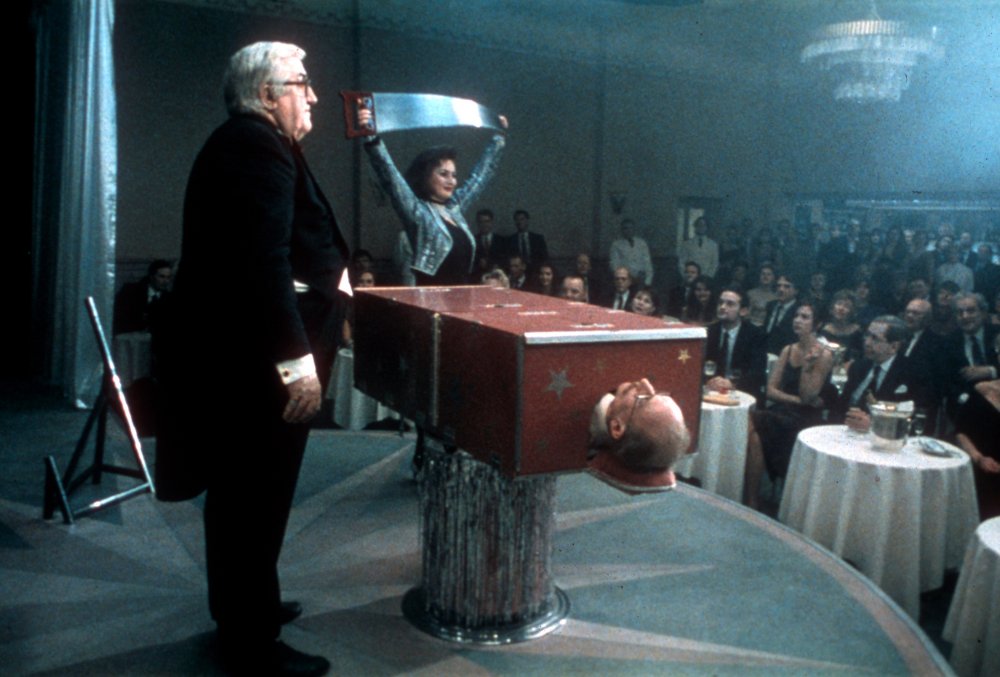 No one makes films like Swedish director Roy Andersson. Though a prolific commercials director, he’s only made five movies in 45 years and only in the latter three, starting with Songs from the Second Floor, has he honed his trademark style: loosely interconnected episodes, shot in single, locked-off takes, all dealing with unfortunate souls (played by non-professionals, caked in pale, spectral makeup) trapped in existential despair. What could be funnier?

Understandably, some may find Andersson’s mordant tableaux only depressing. Though while they’re meant to be discomfiting, look closer and his absurdist slant on modern life emerges, as do sly visual gags tucked away within his strict framing. Songs from the Second Floor is a symphony of surreal, deadpan farce: the magician whose sawing-in-half trick goes wrong; the parade of marching flagellants; and even corporate child sacrifice. Andersson himself claims, “in my films a larger portion is comedy than tragedy… but not a comedy that is very easily read.” Locating the humour, however obtuse, in his visions of spiritual apocalypse might be the most humane response of all. 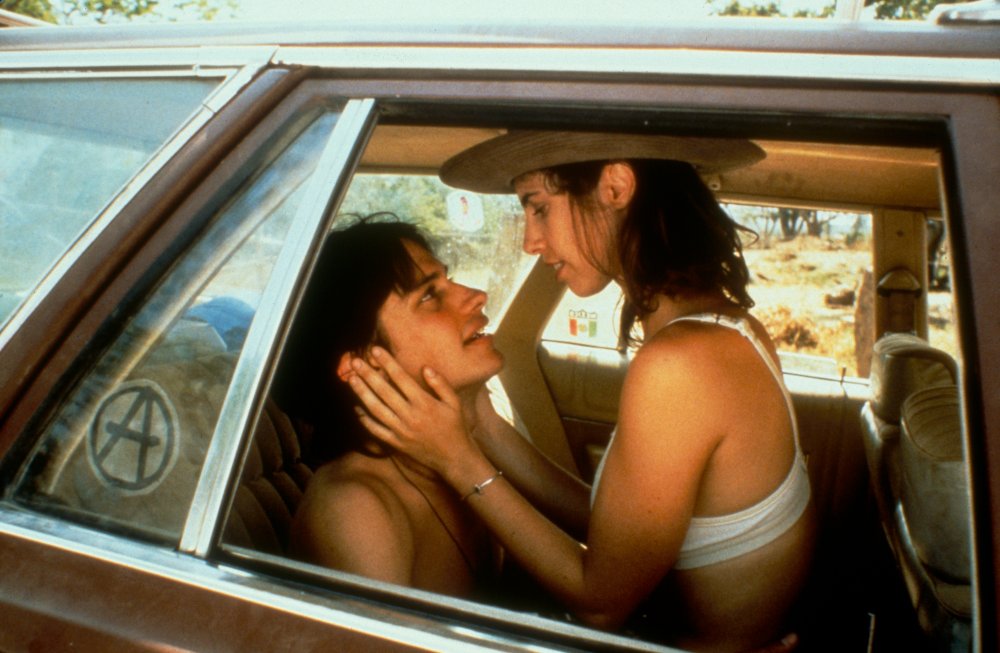 Indeed, the heart-rending coda feels inevitable in retrospect. Cuarón and co-writer brother Carlos’s voiceover, by an omniscient, unnamed narrator, constantly highlights the country’s wider, turbulent socio-economic problems that its heroes remain blissfully unaware of; as if Mexico itself were an awkward teenager in the throes of its own growing pains. It perceptively reconfigures the oft-quoted formula ‘Comedy = Tragedy + Time’ as ‘Tragedy = Comedy + Distance’; which only makes those fleeting, intimate moments of frenzied passion, vitality and hilarity all the more precious. 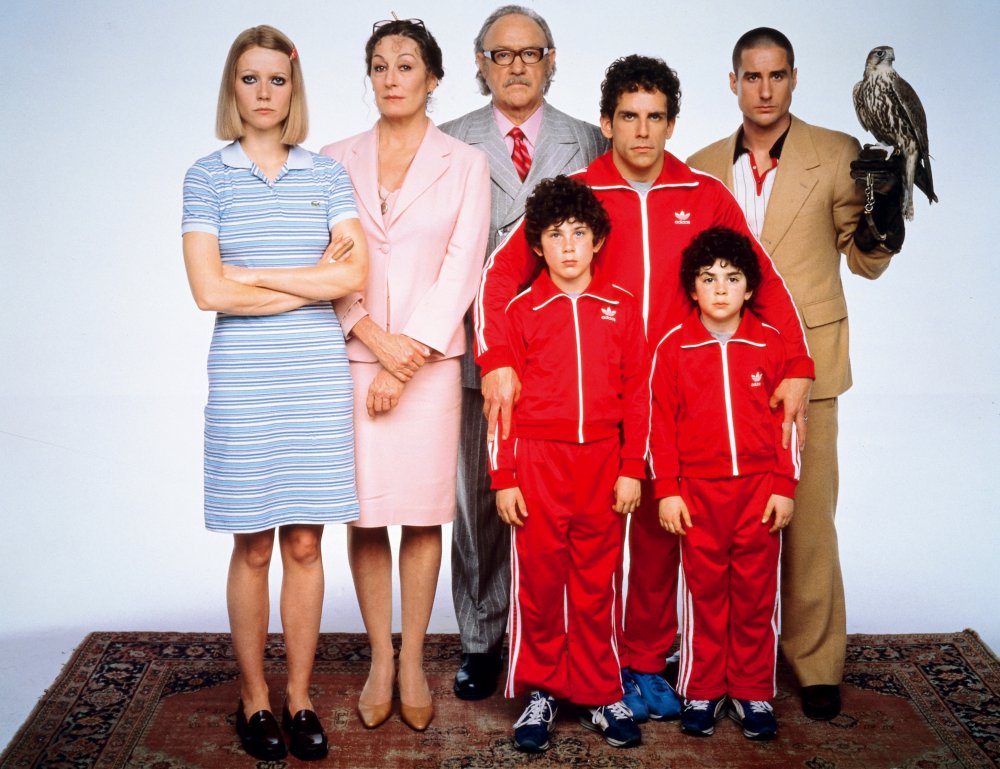 Instead Anderson places these self-obsessed dreamers under an ornate magnifying glass. The unerring, understated comic vignettes gently raise the dramatic heat until protective carapaces and quirks melt away, revealing the screwed-up big kids beneath – none bigger than hustler patriarch Royal. If this is the great Gene Hackman’s career closer, then it’s the perfect screen send-off, though Anderson’s crack repertory company (Anjelica Huston, Bill Murray, the Wilsons) offer sterling support. Family isn’t a sentence for Anderson, it’s more a chain of cinematic love letters – note how many writers occupy his movies – their heartfelt missives often misread, mislaid or ripped up. But wow, that stationery. 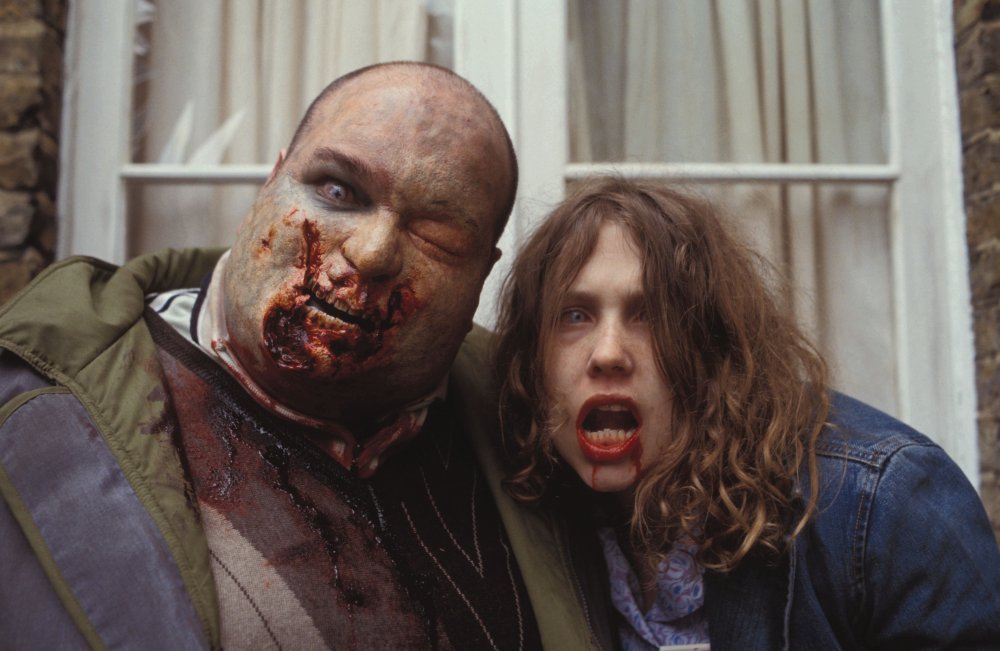 Famously billed as the first “rom-zom-com”, Edgar Wright and Simon Pegg’s big-screen debut proved that all those movie references in their cult TV show Spaced weren’t merely film geeks mucking about, but true filmmakers waiting to emerge. Never coasting on parody, Shaun of the Dead pays sincere homage to George A. Romero’s gut-wrenching undead, while providing its own gut-busting laughs, combining both in a rollicking, poignant redemption tale. The underachieving man-child has been this century’s go-to comic staple (see anything by Will Ferrell, Judd Apatow, etc), but it’s handled so smartly and originally here – don’t ditch your maturity-challenged best mate, just make him your zombie playmate pet! – that it feels like this over-used trope’s pool-cue-through-the-brain epitaph.

Though so many special touches abound – Shaun’s gang silently acknowledging Spaced co-star Jessica Hynes’s like-for-like team, for example – one might argue that both Wright and Pegg have topped it with subsequent directing (Scott Pilgrim) and acting (The World’s End) efforts. But the sheer revelation of a British comedy with such genuine cinematic and thematic – the barely-noticed lifelessness of metropolitan, noughties Britain – ambition lives on. 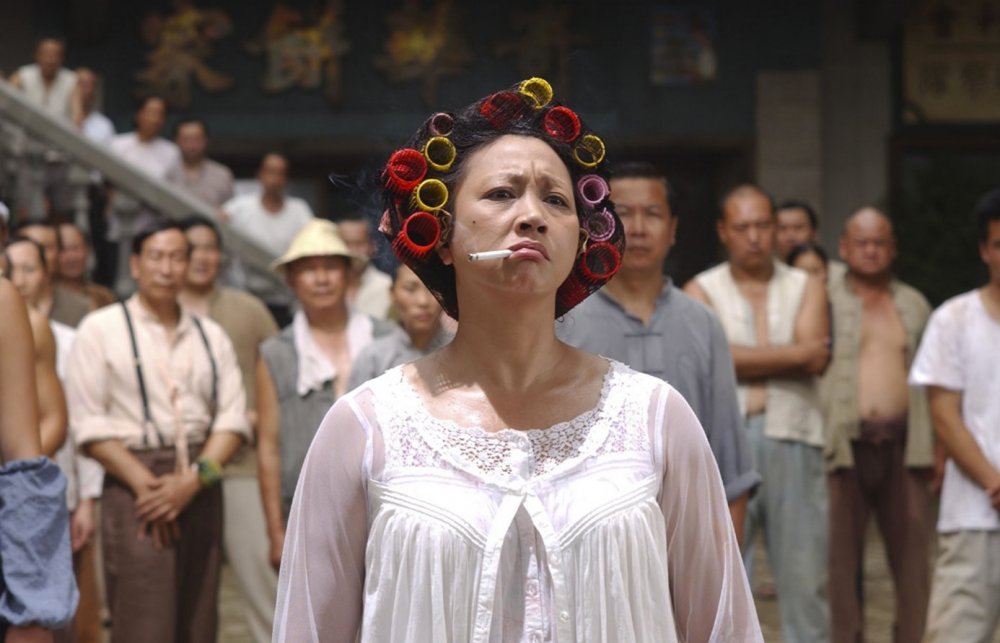 Liable to pinball from pratfall to toilet gag to impromptu dance number, Kung Fu Hustle’s unpredictability encapsulates its go-for-broke exuberance and inclusiveness; despite Chow’s typical auteur credits – he writes, directs, produces and stars – on screen it’s no one-man show and the eclectic, oddball cast all have ample chance to shine. Yet, when no less than Bill Murray declares your film as “the supreme achievement of the modern age in terms of comedy”, your personal status as a comic master is assured. 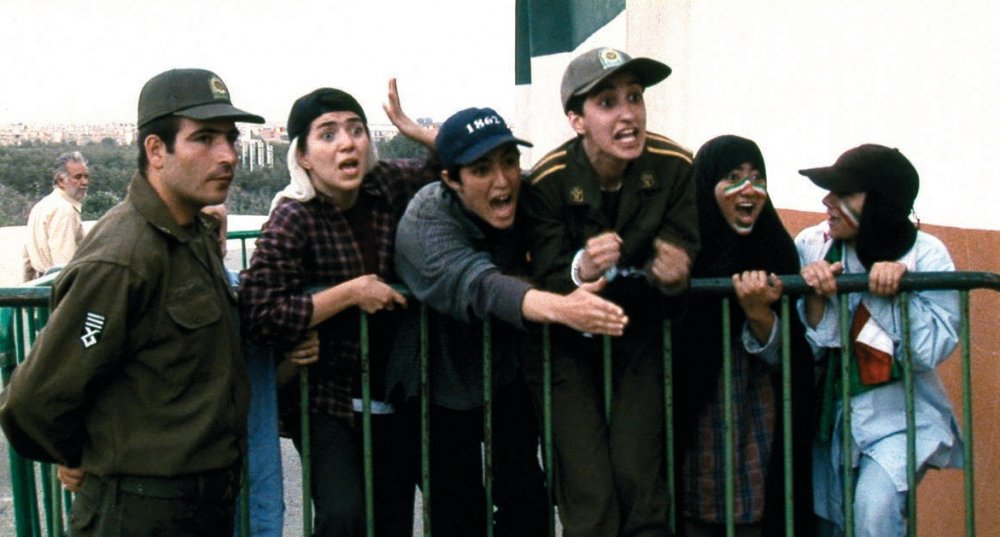 While filmmaker Jafar Panahi languishes under arrest in Iran, banned from filmmaking, much of his existing body of work thankfully remains available. These probing, humanist films – The Circle (2000), Crimson Gold (2003) – critical of his country’s oppressive regime, particularly against women, are largely solemn affairs. The exception is the lovely Offside, which employs a gentle, yet persistent, humour to depict a group of football-crazy young women who disguise themselves as boys to try and watch a World Cup qualifying match (Iranian women are forbidden from attending).

Firmly aligned with its protagonists – we never see the game either – outrage at Iran’s ridiculous gender inequality is filtered through our grinning admiration for these intrepid women and the laughs elicited by their ingenuity and dealings with the exasperated male guards (an escalating toilet break set-piece is a particular highlight). As with many great comedies, the laughter only emphasises Panahi’s poignant, serious points; and smuggling them into such an enjoyable, ultimately uplifting, sporting underdog story is a politically subversive and arguably even more accessible act of defiance. 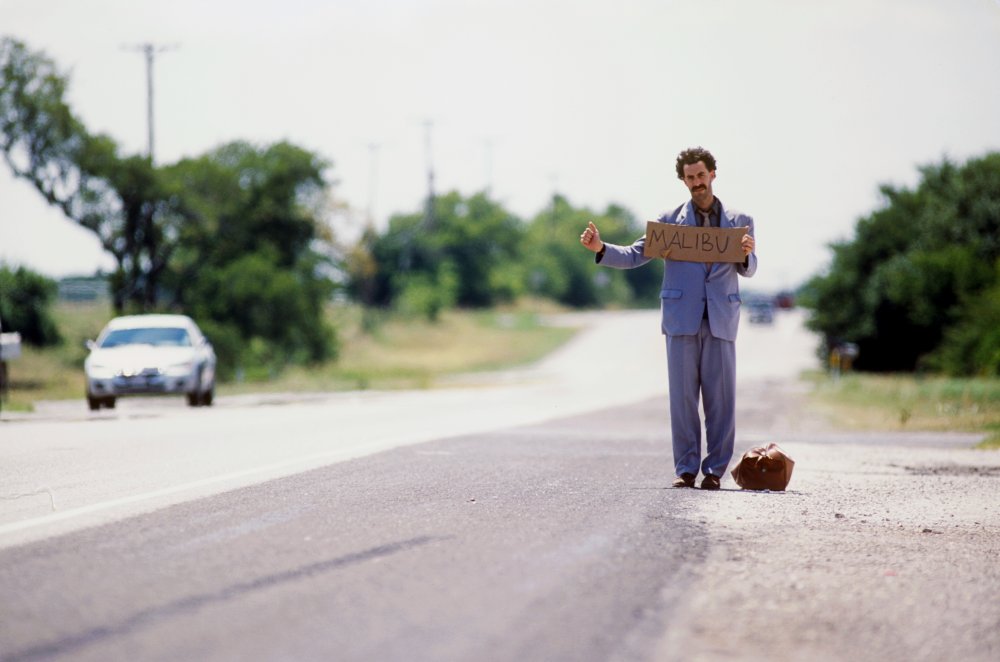 It’s not for everyone, but what’s easy to miss amid the belly laughs – and Borat’s gag-per-minute ratio is relentless – and indignation is how often jokes come at the expense of Borat’s own ignorance as much as that of his unwitting ‘co-stars’. Baron Cohen puts himself directly in the cross-hairs of incendiary set-pieces – be it singing the Kazakhstani anthem to an enraged Texas rodeo crowd, or the repeated anti-Semitic rhetoric – to, sure, entertain us, but also to reveal and thus ridicule the many deep-seated, reflexive prejudices in ‘civilised’ society. In the wake of the Charlie Hebdo attacks in Paris, with satire’s value and intention under interrogation, such high-wire daring shouldn’t be underestimated. Alternatively, just howl with laughter and/or outrage at the most preposterous public naked brawl ever put on film. 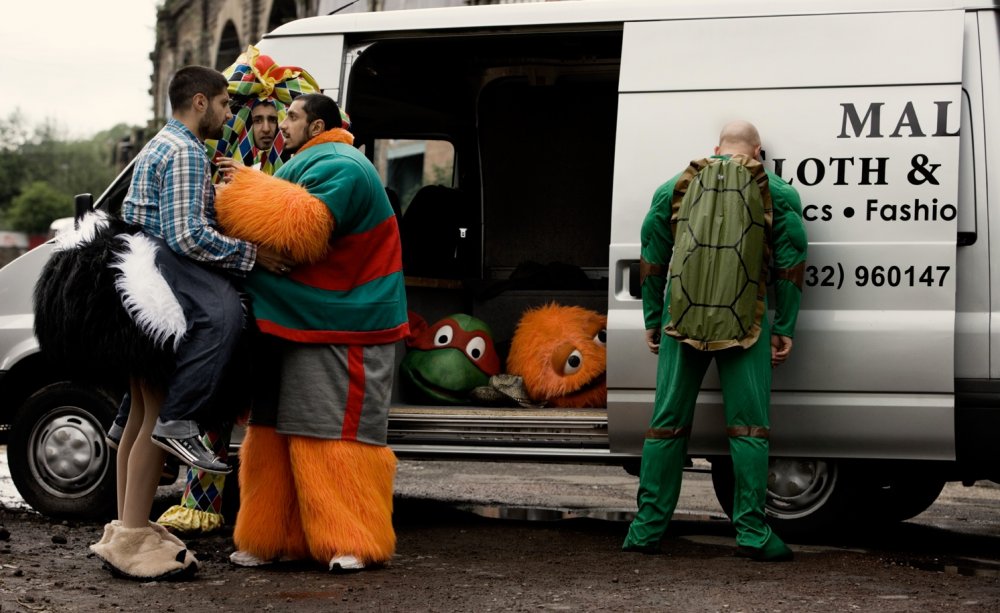 In his TV work (The Day Today, Brass Eye), Chris Morris took no prisoners, eviscerating platitudes, hype and hypocrisy with breathtaking comic skill and chutzpah. So why should his first feature film be any different? Taking on the very real, but media-stoked, politically inflamed notion of British-Muslim jihadists, Morris sets out not to demonise, but humanise, showing that his quintet of wannabe martyrs are as stupid, inept and deluded as, well, anyone else.

Yes, it’s a brave and uncompromising skewering of fanaticism, but more than anything, Four Lions is simply, repeatedly, hilarious, firing off genius slapstick and catchphrases (“Rubber dinghy rapids, bro”) at will. It also brilliantly differentiates its satire of imbecilic zealotry without making light of the horror of suicide/mass murder, all beautifully encapsulated in lead Riz Ahmed’s adroitly comic, yet hugely moving performance. It’s an outstanding debut, and British comedy could do with more practitioners as smart, committed and radical as Chris Morris. 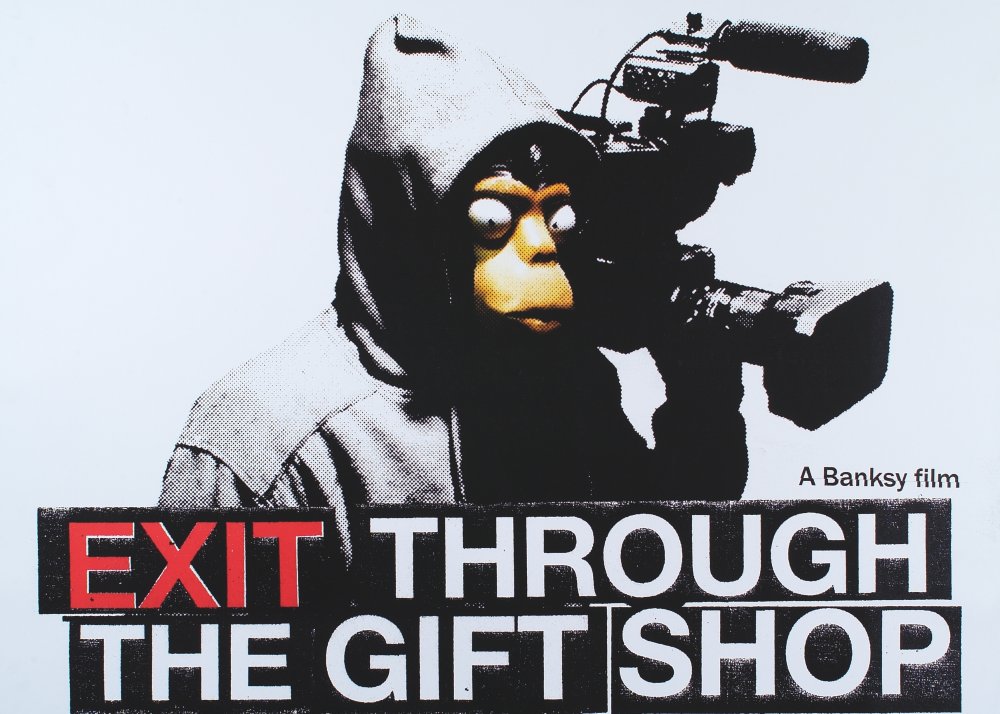 Ostensibly the story of LA-based French video addict Thierry Guetta’s attempt to record the street art phenomenon and its pre-eminent practitioner Banksy, this joyous documentary morphs into a distorted hall of mirrors. Instead of remaining Guetta’s protagonist, Banksy takes over the film and his one-time protégé somehow becomes ‘Mr Brainwash’, a highly derivative but hugely successful street artist in his own right; sort of a stenciled, spray-painted Frankenstein’s monster.

Full of bravado but entirely lacking in self-awareness, Guetta is a classic comic creation, virtually the poster boy for the selfie generation – and therein lies the rub: is Mr Brainwash himself part of the ruse, and actually Banksy’s human canvas? Are we, the audience, in on the joke, or an extension of it? And does it even matter, when the pretensions of the art world and notions of creativity in our overhyped, instant remix culture are so ruthlessly exposed? Provocative, playful and eerily prescient, it’s another indelible Banksy artwork: metaphysical graffiti, this time preserved on the biggest wall of all: the movie screen. 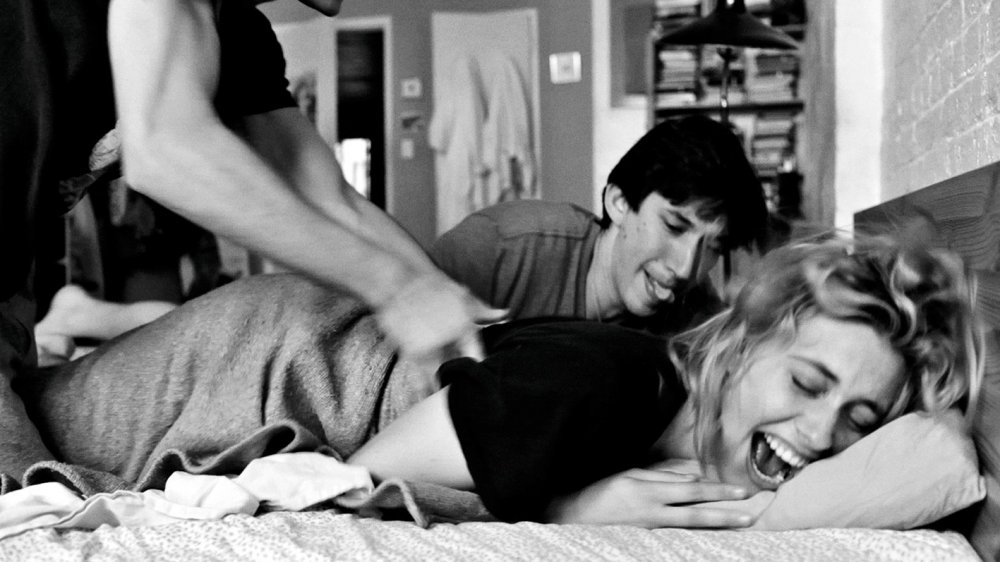 We need more female voices in cinema, so, by definition, that includes film comedy. Though directed by Noah Baumbach, Frances Ha, co-written by and starring Greta Gerwig, offers a wonderfully refreshing and empathetic young female protagonist and perspective. Highly astute and very funny on friendships, dating, navigating a big city and even bigger professional and emotional lacunae, it’s a collaboration that helps soothe the caustic tone of Baumbach’s previous work (Margot at the Wedding, 2007; Greenberg, 2009), without sacrificing any insight or humour. That’s surely Gerwig’s influence.

While her gawky, klutzy, eternally self-sabotaging Frances is deemed “undateable”, the film wouldn’t work without us falling for Gerwig’s offbeat, big-hearted charms and knack for physical comedy. Frances Ha fits snugly into the traditional (and often intrinsically male) US indie movie world, with its monochrome look and arrhythmic editing. Yet it also feels, as does the work of Lena Dunham (Tiny Furniture, 2010), Jill Soloway (Afternoon Delight, 2013), Desiree Akhavan (Appropriate Behaviour, 2014) or Gillian Robespierre (Obvious Child, 2014), like a harbinger of a long-overdue recalibration of who’s allowed to be funny, in front of and, ultimately, behind the camera.