Festive habits die hard, but spare a slot in your Christmas viewing schedule for one of these seasonal suspense movies. 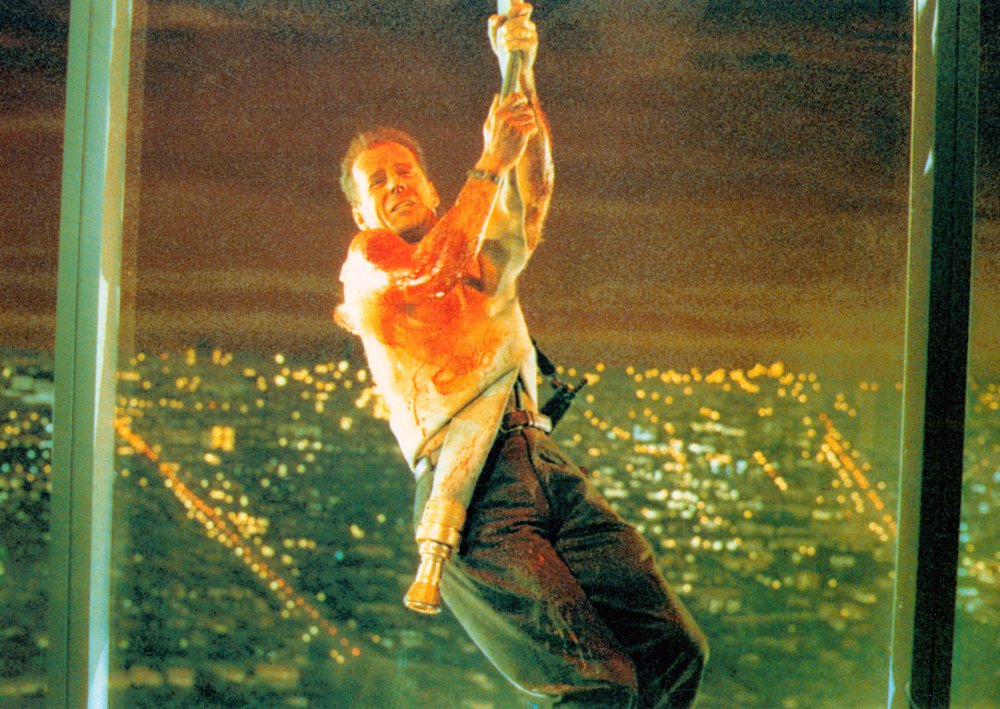 With the festive season upon us and our epic celebration of thrillers still in full swing, what better way to welcome in Christmas than with an essential pulse-quickener set during the holiday period?

While horror movies with a demented yuletide bent offer plenty to choose from, the Christmas thriller is a rarer beast – but there are some bona fide gems that offer some deliciously alternative yuletide viewing. Our list below picks out something for everyone, from film noir classics to big-budget action to the furthest extremes of French cinema.

When the tension of a family Christmas gets too much for you, dim the lights for nerve-jangling moments of a more cinematic kind. 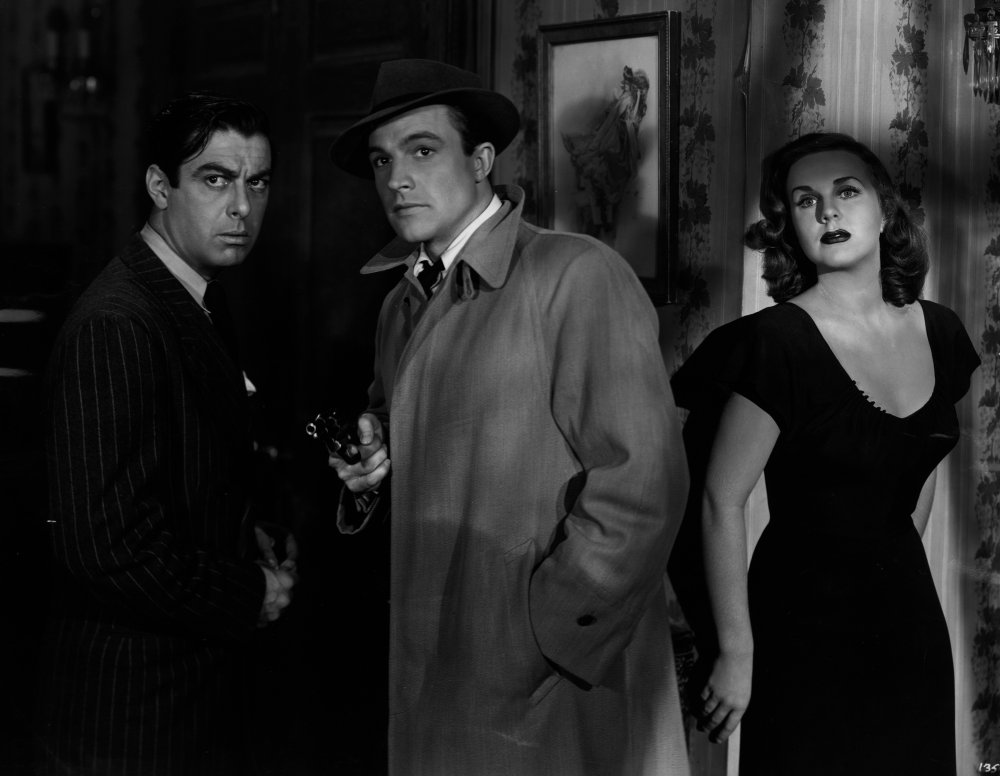 Adapted from a W. Somerset Maugham novel by Citizen Kane scribe Herman J. Mankiewicz, Christmas Holiday shares something of the labyrinthine structure of Orson Welles’s masterpiece. A passion project for its female lead, Deanna Durbin, an actor keen to escape the wholesome reputation earned from a career in musicals, it’s remarkable for affording Gene Kelly a rare bad guy role. But it’s Durbin who gets the best scene, breaking down during a Christmas Eve mass.

Kelly plays a murderer serving a life sentence; a slimy manipulator with a “pathological relationship with his mother” (a terrific Gale Sondergaard). When he breaks out of jail in the third act to come after his girl (Durbin), a singer in a euphemistic New Orleans ‘cabaret’, director Robert Siodmak shows his noir credentials in a rapturously melodramatic emotional crescendo. Less well-known than his masterful subsequent noirs, perhaps, but so much more than a footnote to the career of Gene Kelly. 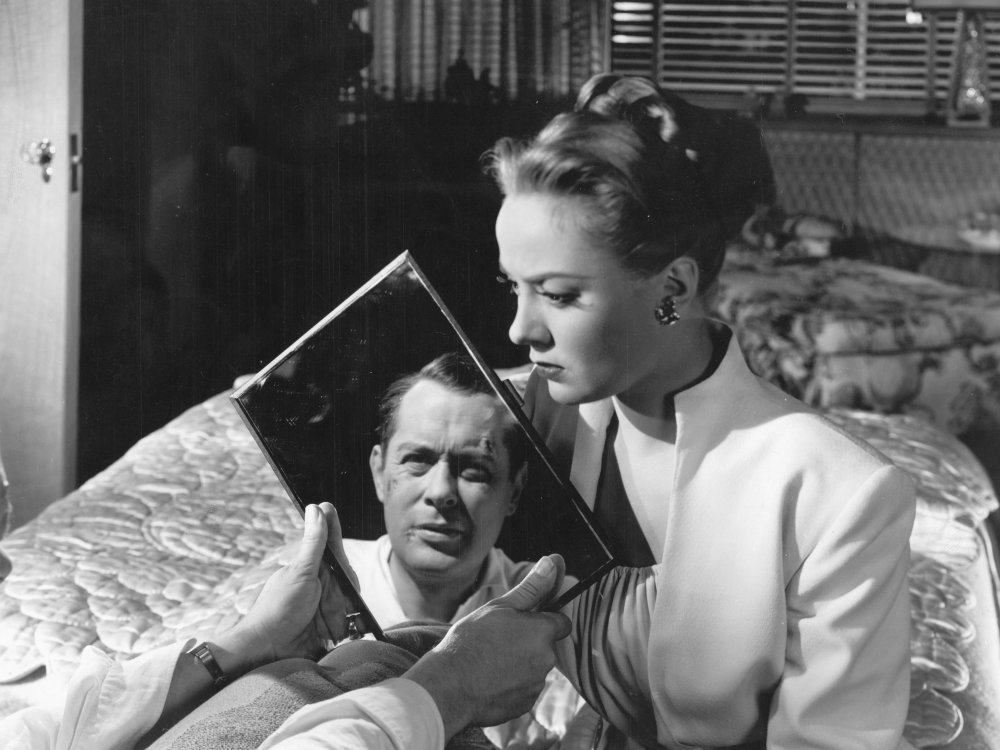 “MGM presents a revolutionary motion picture. The most amazing since talkies began!” announces the poster for Lady in the Lake, “You and Robert Montgomery solve a murder mystery together!”

The Christmas card credits, followed by a direct-to-audience address give little idea of what’s to come. Utilising a first person, subjective camera more familiar now as a voyeuristic horror movie trope, actor Robert Montgomery’s directorial debut puts the viewer in the (gum-) shoes of Raymond Chandler’s private eye Philip Marlowe. Lady in the Lake was the first film to use this technique for a whole film, Orson Welles having abandoned his own first-person-camera adaptation of Heart of Darkness.

It makes for a fascinating – if largely unsuccessful – experiment, the cast playing directly to camera, fists and lips filling the screen whenever Marlowe is punched or kissed. Montgomery is no Bogart, but there are some enjoyably ripe supporting turns, not least Audrey Totter’s femme fatale. Meanwhile, the yuletide setting makes for an effective counterpoint to the noir atmosphere. 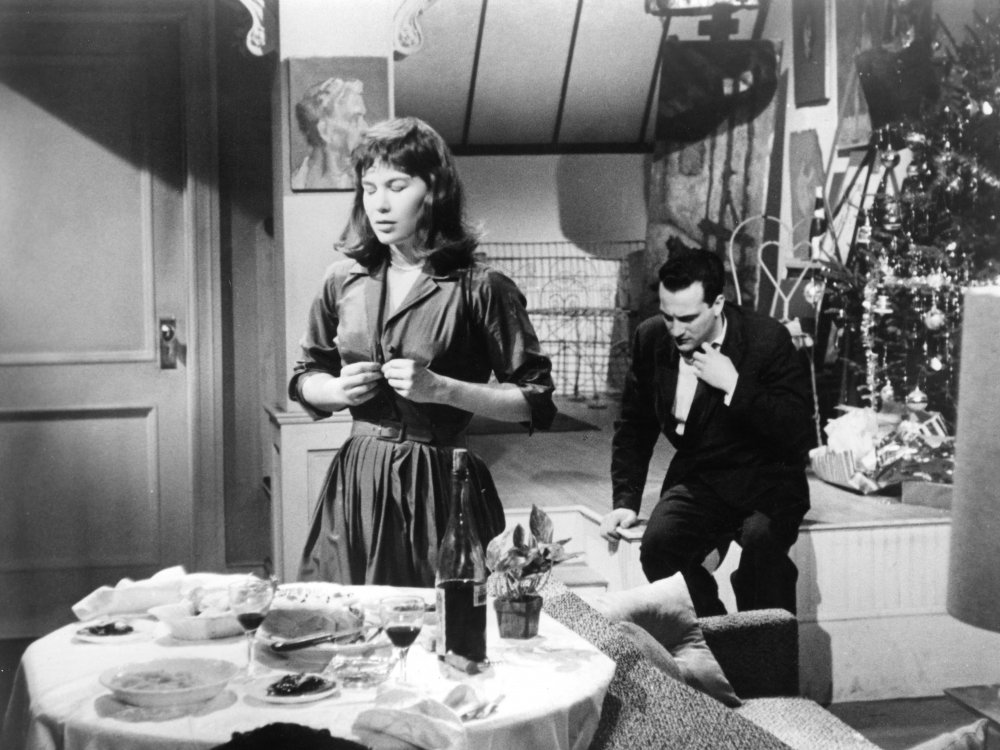 “When the Better Business Bureau rings the Christmas bell, the suckers forget there’s such a business as murder, and businessmen who made it their exclusive line, like you, Baby Boy Frankie Bono out of Cleveland.”

This lean, shoestring noir makes for an interesting companion piece to Lady in the Lake given its own attempt to position the viewer within the action of the film. Uniquely narrated with an insistent second-person voiceover, it tells of a hitman out on a job over Christmas, assigned to take out “a second-string target boss with too much ambition and a moustache to hide the fact he has lips like a woman, the kind of face you hate”.

Shot on the hoof on the streets of New York City, Blast of Silence sees director Allen Baron channelling the rough-n-ready, street-level likes of Little Fugitive (1953) or Shadows (1959). The opening sequence is sensational, as the voiceover charts our antihero’s train ride into the city, emerging through a uterine tunnel to be ‘born’ into the story. Of course, it comes full circle, as genre dictates: “You hate cities, especially at Christmas.” 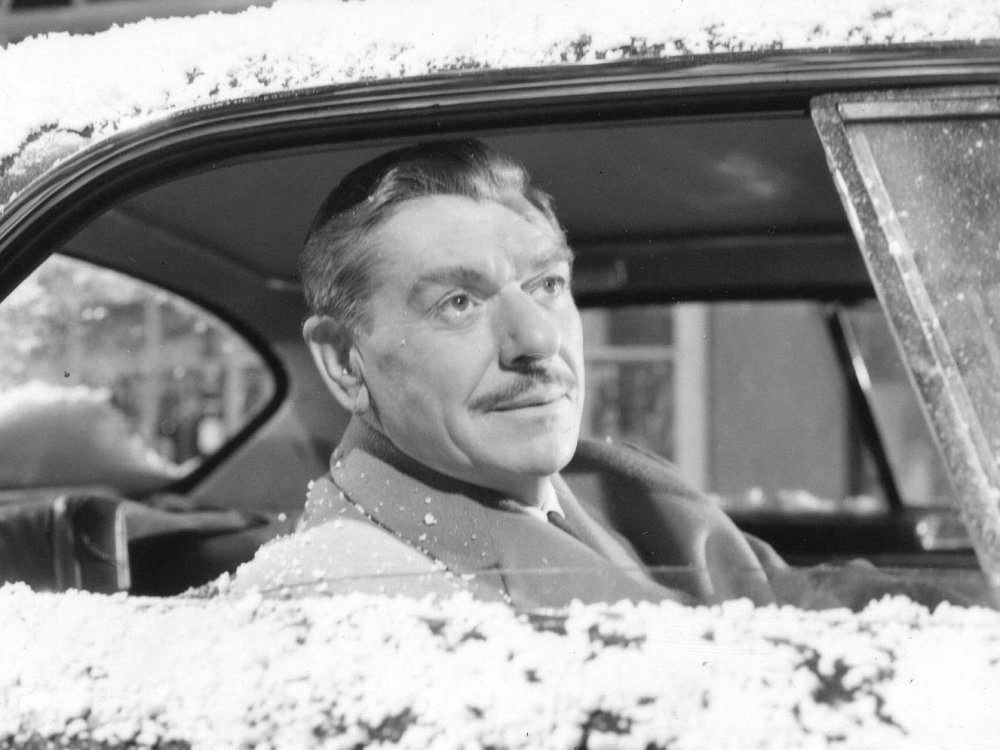 While Peter Cushing’s work for Hammer is better known for grave-robbing and vampire-hunting, the studio’s most hard-working star did make a few forays outside the horror genre too. This neat riff on A Christmas Carol sees Cushing as Fordyce, the mean-spirited manager of the Haversham branch of City and Colonial Bank. Dismissive of his staff’s plans for the Christmas party and unforgiving when faced with an employee’s clerical error, comeuppance arrives in the form of André Morell’s eloquently charming stranger, Hepburn.

Posing as an insurance investigator, Hepburn is a stick-up artist, informing the manager that his wife and child are to be killed unless he helps him rip-off the bank for £97,000. At its best as a two-handed battle of wills between the opposing characters, Cash on Demand ekes tension from the real-time unfolding of events, with its star giving one of his finest performances as the shaken Scrooge who’s forced to question his values. 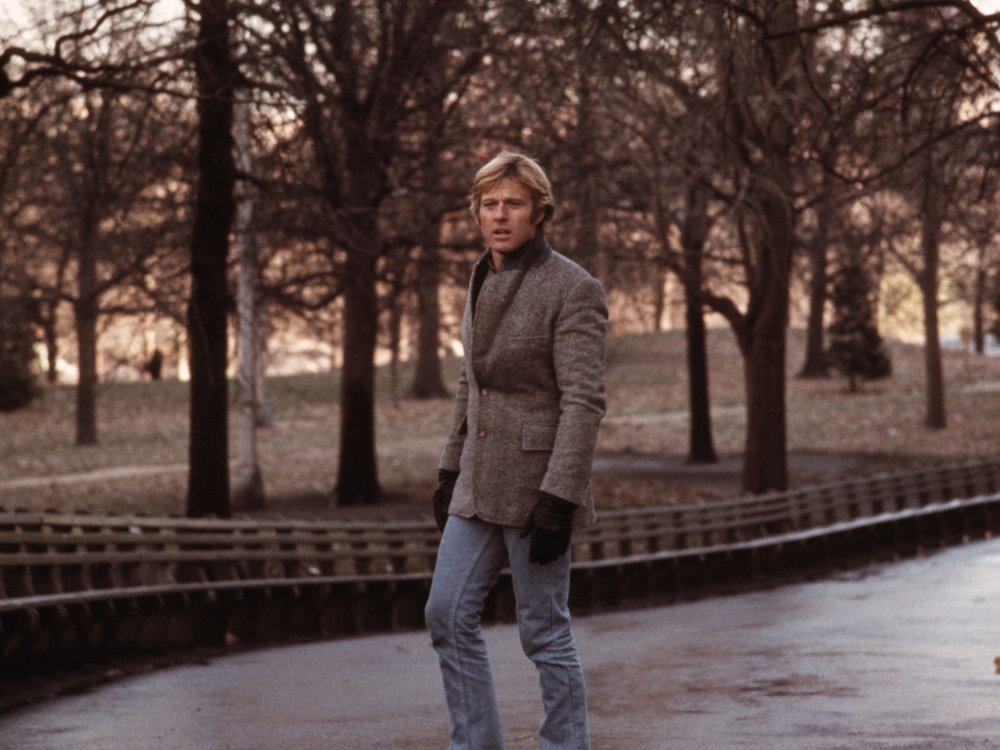 Sydney Pollack’s terrific, post-Watergate conspiracy thriller hardly telegraphs its Christmas credentials. In fact, our only real awareness of the holiday period comes from snatches of background music heard on radios and TVs. It makes for an effective means of heightening Robert Redford’s sense of alienation, of dislocating him from the quotidian following the opening assault that sees his co-workers gunned down.

“I’m not a field agent, I just read books!” Redford’s CIA librarian protests to his point-man. He is forced to go on the run with a hostage (Faye Dunaway) in tow and a hitman (Max von Sydow) on his tail, the film’s paranoid mechanics fuelled by the notion that trust is but a vice. Three Days of the Condor is not as formally audacious as Alan J. Pakula’s contemporaneous thriller trilogy, perhaps, but Pollack effectively poisons the Hitchcockian template with an insidious sense of systemic corruption. 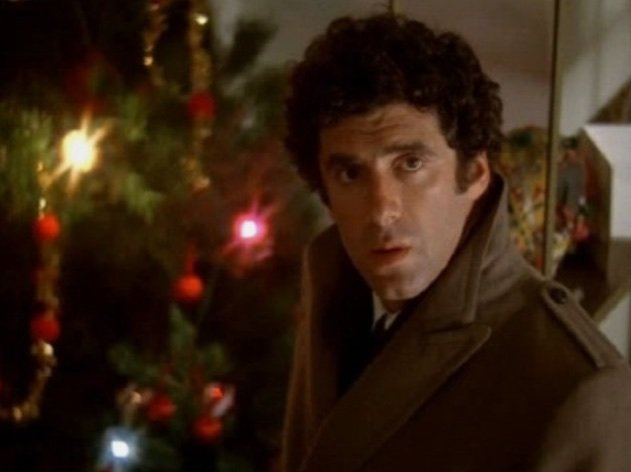 Curtis Hanson’s 1997 adaptation of James Ellroy’s L.A. Confidential would be an obvious contender for our list, but this little-seen Canadian picture from 1978, for which Hanson wrote the screenplay, is every bit as good. The tightly engineered plot sees bank teller and hobbying aquarist Elliott Gould clock that a mall Santa Claus is planning to hold up his branch. Sensing an opportunity, he stashes a wad of the day’s take, claiming it went to the stick-up artist he fobbed-off with small change.

He doesn’t reckon on this erstwhile Father Christmas – a sadistic psychopath chillingly played by a mascara’d Christopher Plummer – seeing news of the size of the take on TV and waging a campaign of revenge, aided by a duplicitous femme fatale (Céline Lomez). Director Daryl Duke ratchets tension from a simmer to a rolling boil en route to the violent one-two punch of a climax that foreshadows Brian De Palma’s Dressed to Kill (1980). 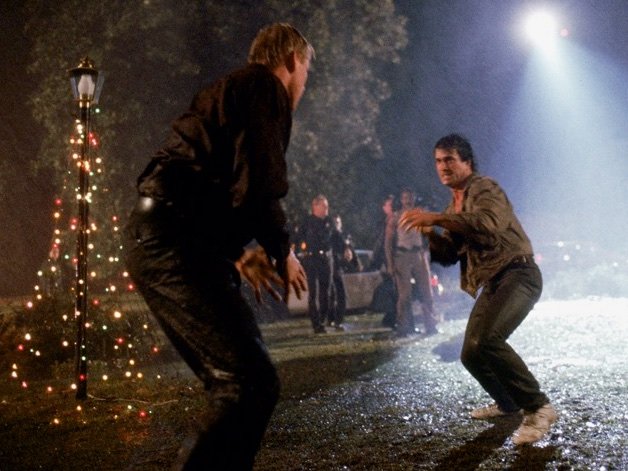 No list of Christmas thrillers would be complete without at least one entry from Shane Black. The writer-director’s love of the festive season is apparent throughout his filmography, including right at the beginning with his debut credit as screenwriter – the script he sold for a cool $250,000 at just 23 years old.

“It grounds everything,” said Black of his recurring holiday motif, “People take reckoning, they take stock of where their lives are at Christmas.” That said, Lethal Weapon may open with Bobby Helms’ ‘Jingle Bell Rock’ playing over the credits, but the Christmas vibe is largely backgrounded, serving mainly to emphasise the contrast in the routines of live-wire loner Martin Riggs (Mel Gibson) and family-man Roger “I’m too old for this shit” Murtaugh (Danny Glover). Yet, despite opening in the US in March (and at the height of summer in the UK), Lethal Weapon’s December setting was deemed effective enough to be half-inched by its producer, Joel Silver, for Die Hard the following year. 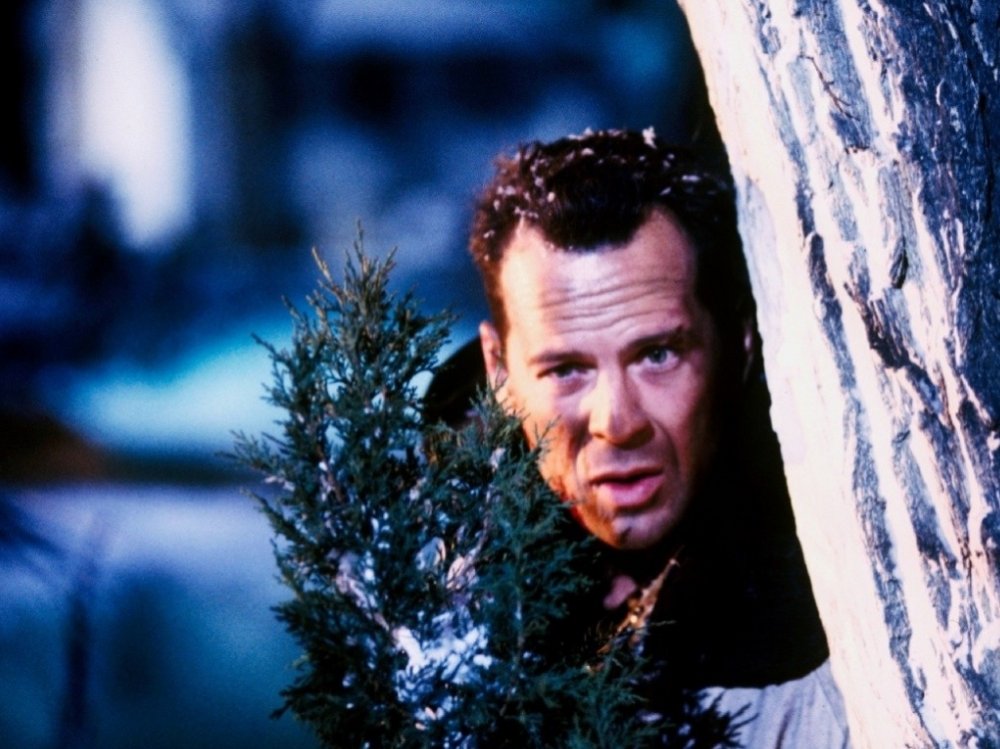 It goes without saying that Die Hard 2 falls some way short of its predecessor, but with every list of festive favourites championing 1988’s action marvel as THE BEST CHRISTMAS FILM EVER, we thought we’d share a little love for its more often overlooked younger sibling.

In detailing exactly how the same shit can happen to the same guy twice, Die Hard 2 clearly wants to go one bigger than the original, swapping out vertical claustrophobics for horizontal open spaces and more explosions. Not that it can resist squeezing its hero into another ventilation duct, if only to get John McClane (Bruce Willis) muttering and pouting his best Blue Steel again.

Villain-in-chief William Sadler may be no Alan Rickman, but the stakes are well-cooked and Renny Harlin handles the large-scale set-pieces with some flair – the airport setting allowing for a suitably bombastic, mano-a-mano showdown on the wing of a jet. 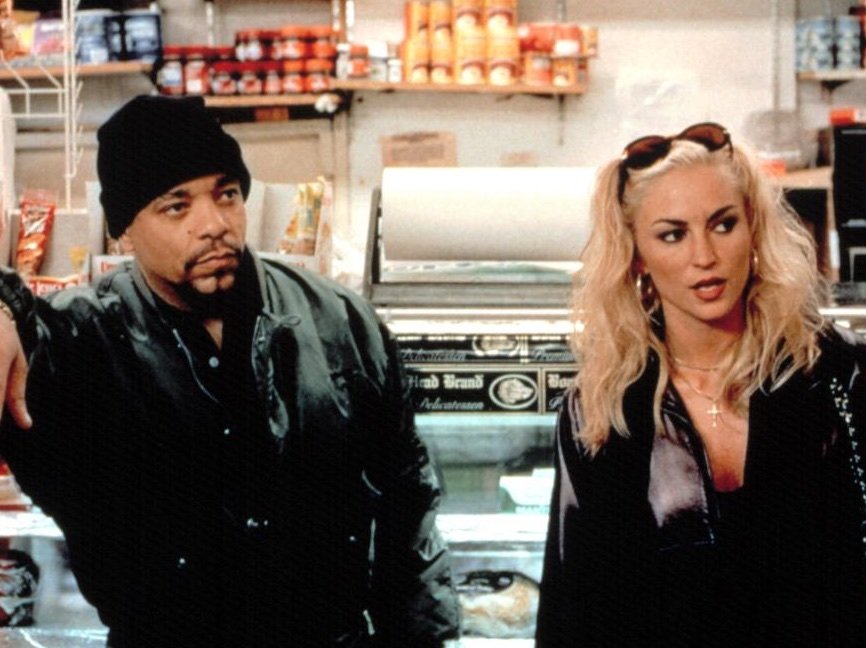 While the ‘plot’ of the excellent, little-seen ’R Xmas hinges on the kidnapping and ransom of a Dominican drug dealer, director Abel Ferrara shows little interest in engaging with the tropes of the thriller in any traditional sense. It’s a film steeped in ritual, emphasised through the dreamy, narcotic cutting patterns that serve to equate the holiday season with the commerce of the drugs business.

Ferrara may have a larger political point to make, given the opening and closing credits’ announcement that the film takes place just before Giuliani inherited the New York mayoralty, but ’R Xmas is at its best when focused on detail. Whether it’s the painstaking dividing, bagging and distribution of coke or the hunt for a popular toy – over which two women are seen fighting in an early scene – Ferrara’s wry detachment casts a typically subversive eye on the true meaning of Christmas. 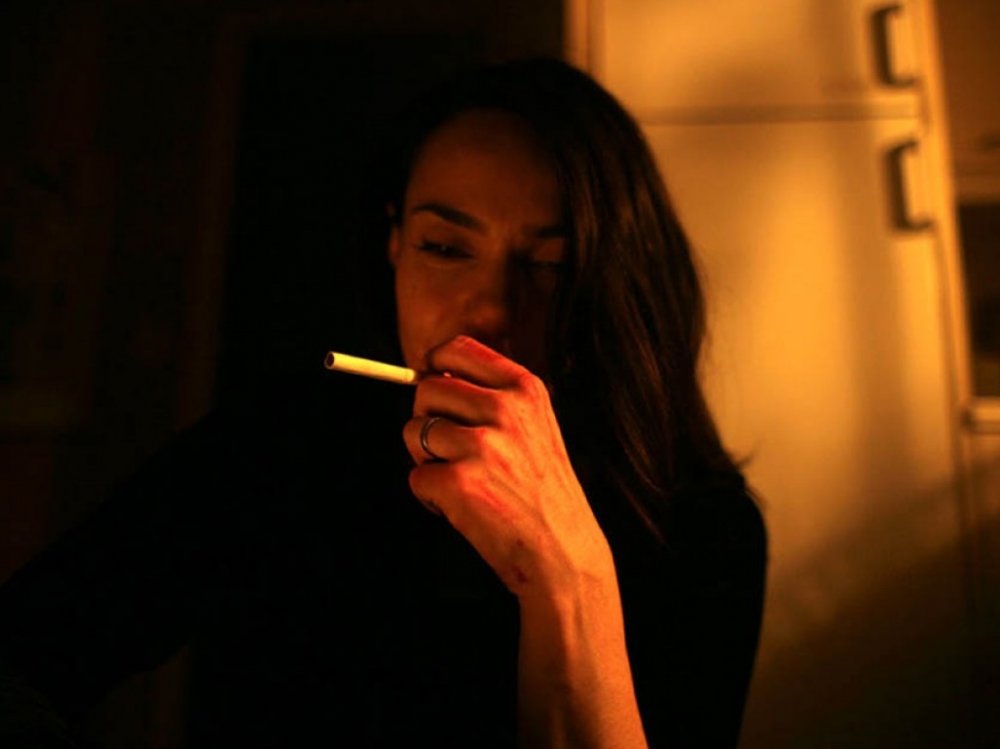 For those after something a little darker this Christmas, yuletide thrills don’t come more extreme than this jaw-droppingly violent number from French directing duo Julien Maury and Alexandre Bustillo. A knock at the door for Alysson Paradis’ Sarah signals the start of a Christmas Eve nightmare. Nine-months pregnant and having barely survived the car crash that killed her husband, there’s little Sarah can do to keep Beatrice Dalle’s mysterious stranger out of her house.

What begins as a creepy stalk-n-slash soon escalates into the genre’s most ferocious home invasion flick – the poster child for the new wave of extreme French cinema. Drowning the screen in claret, Maury and Bustillo’s impeccable timing demonstrates a savage understanding of the mechanics of a scare. That everything builds to Sarah’s hero-moment comes as little surprise, but – for first time viewers at least – its gut-punch of a finale serves to test the mettle of even the most hardcore genre fans.