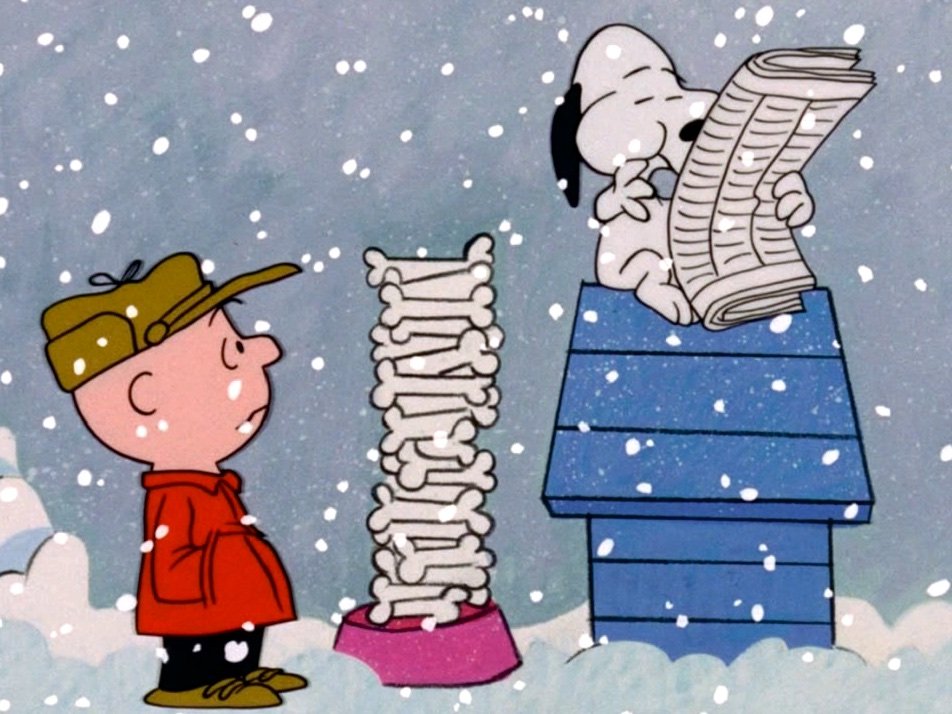 Christmas crackers, rubbish TV specials, dad jokes launched across the turkey – the festive season hardly boasts strong game when it comes to bringing the funny, despite its best intentions. So thank St Nick for the movies.

You’ll need a sweet tooth to make it through most festive fare, given the sentiment that creeps into even the most cynical of seasonally-themed flicks. But everyone has room for a little schmaltz at Christmas, right?

‘Tis the season to be jolly, after all, so drop those humbugs and join us for some big-screen Christmas cheer as we pick out some of cinema’s mirthful seasonal moments.

There are only 10 windows on this particular advent calendar, and you might not be pleased with what’s behind every one. Where’s Billy Wilder’s The Apartment (1960), you say? Or Home Alone (1990)? What about some love for Mitchell Leisen’s Remember the Night (1940)?

Their absence doesn’t mean they’re on the naughty list, just that where Christmas comedies are concerned, our stocking is stuffed to burst. 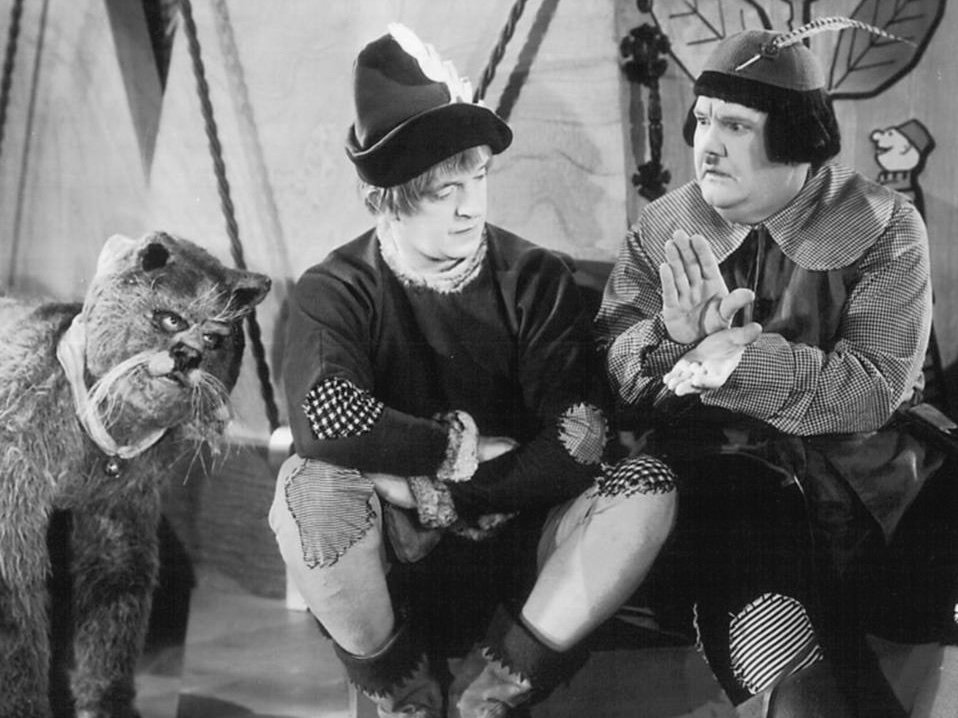 A holiday season perennial, adapted from Victor Herbert’s 1903 operetta, Babes in Toyland was a Hal Roach production for MGM, mounted as a vehicle for Laurel and Hardy. The twosome star as Stannie Dum and Ollie Dee, workshop employees of a toymaker busy fulfilling orders for Santa Claus. They all live in Toyland, an Oz-like world inhabited by characters from various nursery rhymes and fairytales.

When slimy landowner Mr Barnaby makes a claim for the “sweet and maidenly virtue” of Little Bo Peep and is swiftly rejected, he threatens to kick them all out of the giant shoe they share with Peep’s mother unless they can find the money to pay their overdue rent.

For a children’s film, it’s stuffed with nightmarish visions, not least a demonic-looking Mickey Mouse clone that appears to be played by a costumed monkey forever on the brink of seizure. It’s business as usual for Laurel and Hardy, hustling their way around Toyland’s magnificent soundstages. But the real star of the show is Henry Brandon as Barnaby, improbably just 22 years old when he played the ancient grotesque. 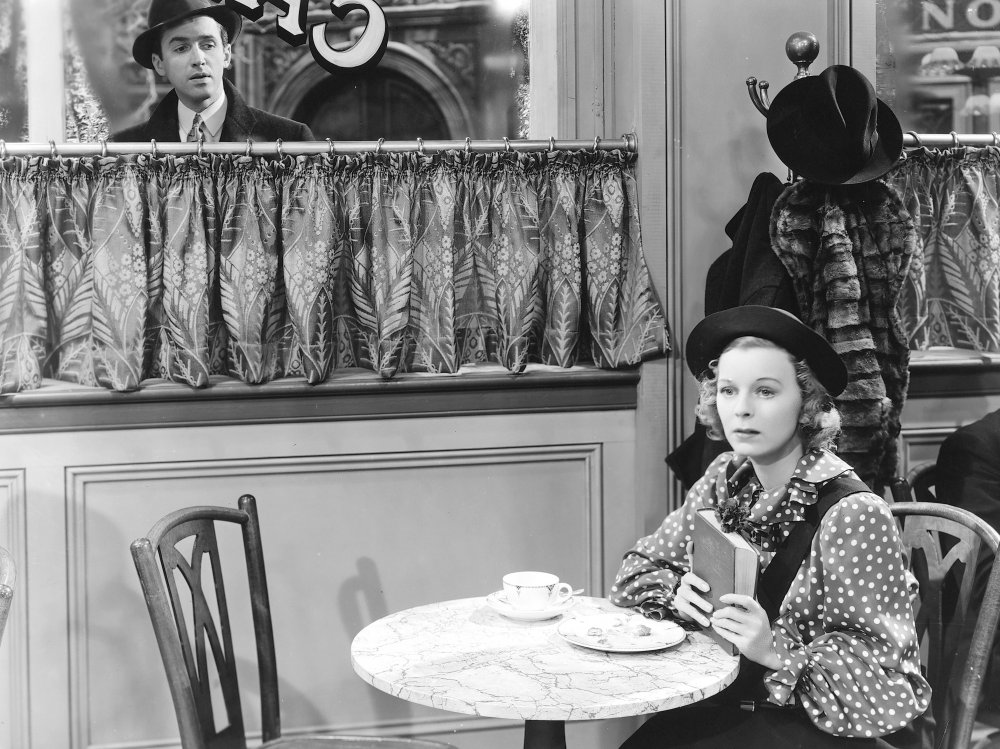 “This is the story of Matuschek and Company – of Mr Matuschek and the people who work for him. It is just around the corner from Andrassy Street – on Balta Street, in Budapest, Hungary.” While fondly thought of and critically well-regarded, The Shop around the Corner has never achieved the kind of public renown afforded that other James Stewart festive stalwart, It’s a Wonderful Life (1946). It’s a shame, as Ernst Lubitsch’s remarkably unsentimental film is superior to Frank Capra’s in just about every way.

If on the surface it’s certainly a comedy, a high concept one at that, it possesses an underlying melancholy – a bitter streak, even – that sets it apart from other, more wholesome doses of Christmas cheer. Even more so in retrospect, the specifics of time and place give a sense of a world edging towards collapse; the shop itself is a microcosm for a social order and – just like the nicknacks on sale – best not looked at too closely. If tangible proof were ever needed that the fabled ‘Lubitsch touch’ is a thing, one only need turn to its lacklustre 1998 remake, You’ve Got Mail. 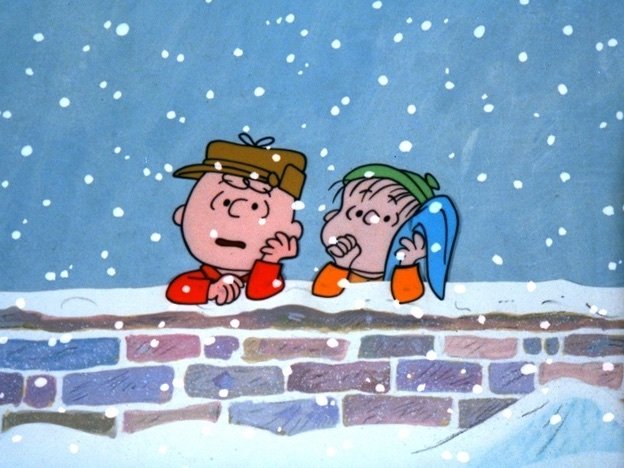 Christmas is approaching, and Charlie Brown is feeling depressed. “I know I’m supposed to be feeling happy, but I’m not.” Everyone’s getting in on the Christmas act, even Snoopy (“My own dog, gone commercial, I can’t believe it”), but Charlie Brown just can’t seem to get with the programme, barely mustering enough enthusiasm to direct the Christmas play. When it’s decided that only a Christmas tree can save the show, Charlie Brown returns with a scrawny wretch of a shrub, and all hell breaks loose.

It falls to Linus to spell out the true meaning of Christmas, something Charlie Brown can finally take to heart. The result is a wise and tender marvel, with a soundtrack to die for. A Christmas essential if ever there was one. 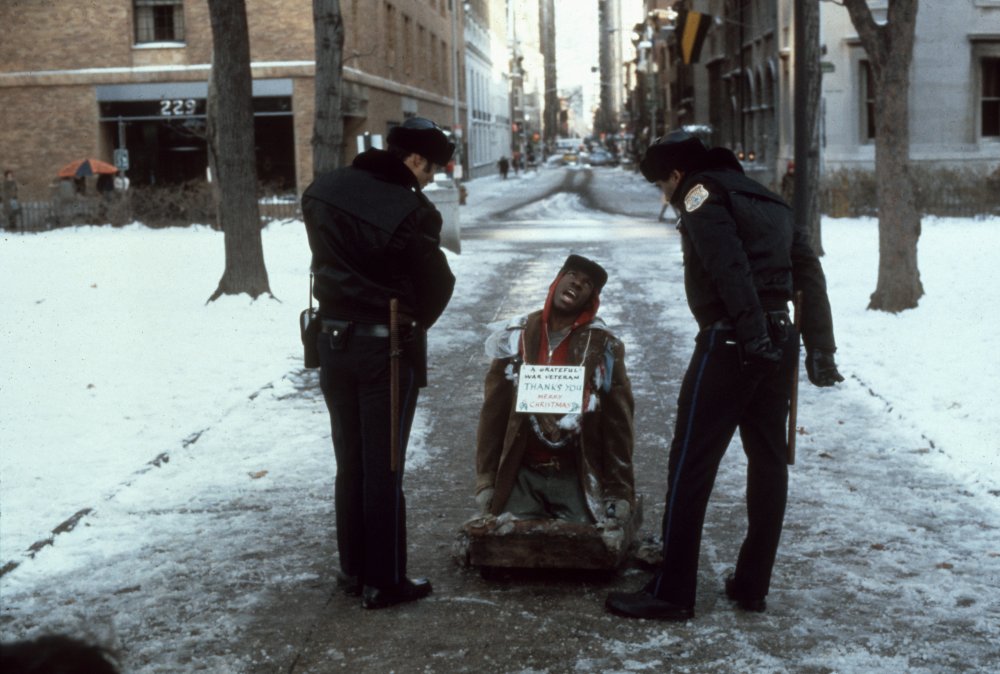 “We took a perfectly useless psychopath like Valentine and turned him into a successful executive, and during the same time we turned an honest, hardworking man into a violently deranged, would-be killer.”

So goes the set-up as spelled out by Randolph Duke (Ralph Bellamy) to his brother Mortimer (Don Ameche), the two tycoons settling a bet on the roles of nature or nurture in forging a successful businessman. The patsies in question are Billy Ray Valentine (Eddie Murphy) and Louis Winthorpe III (Dan Aykroyd); one a panhandling hustler, the other the company golden boy.

Probably the best film to come out of the Saturday Night Live alumni stable, Trading Places isn’t without its problems – scenes of rape by gorilla and Dan Aykroyd in blackface would cause Twitter outrage today. Still, it’s very, very funny, and sees its two leads on peak form. It makes you miss the Eddie Murphy of old, before his career seppuku with a series of ill-judged projects.

And what Christmas would be complete without the sight of Aykroyd as a drunken Santa, growling into the night? 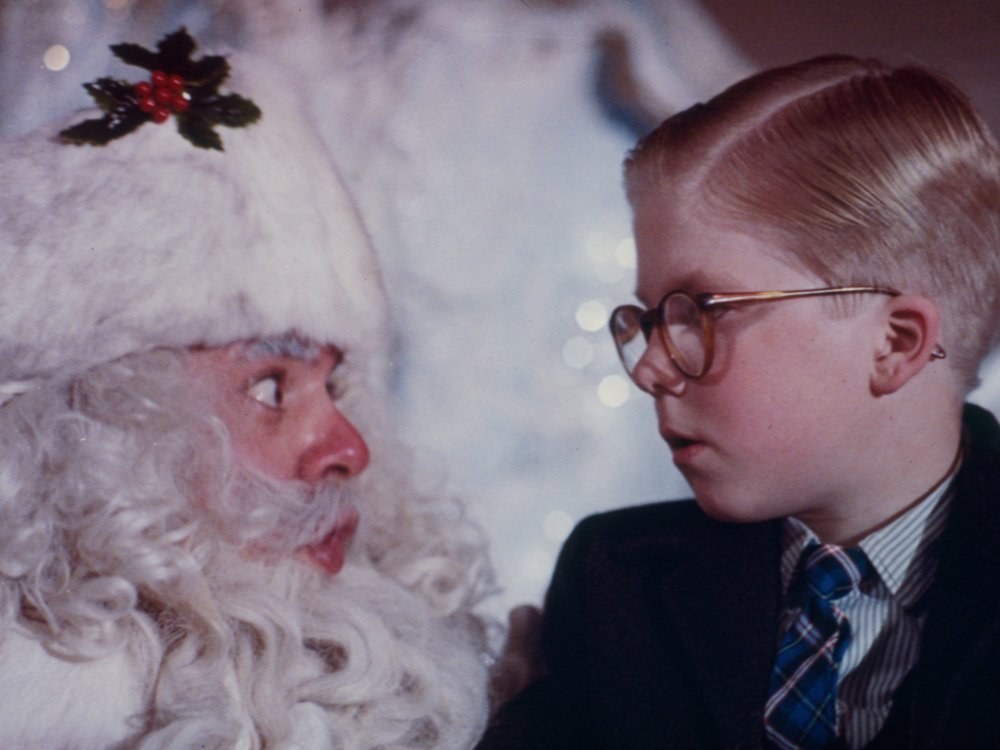 The easiest way to tell whether a list of Christmas movies originates in the US or the UK is to see if Bob Clark’s A Christmas Story is included. One of the most cherished festive films on the other side of the pond, it never quite made it into the perennial scheduling cycle here in the UK. Perhaps it’s not surprising, given the cultural specificity of a film steeped in Rockwellian nostalgia for a 1940s childhood in northern Indiana.

Narrated by Jean Shepherd, from whose 1966 novel the film was adapted, A Christmas Story follows the domestic travails of young Ralphie Parker, a kid whose one Christmas wish is for a Red Ryder Range 200-shot BB gun.

Its director has previous skin in the yuletide game, helming one of the great Xmas flicks back in 1974. Wholly inappropriate for this list, his sorority slasher Black Christmas is about as far removed from the wholesome charms of A Christmas Story as it’s possible to get. If that kind of thing’s more in your wheelhouse, we’ve got the perfect list for you. 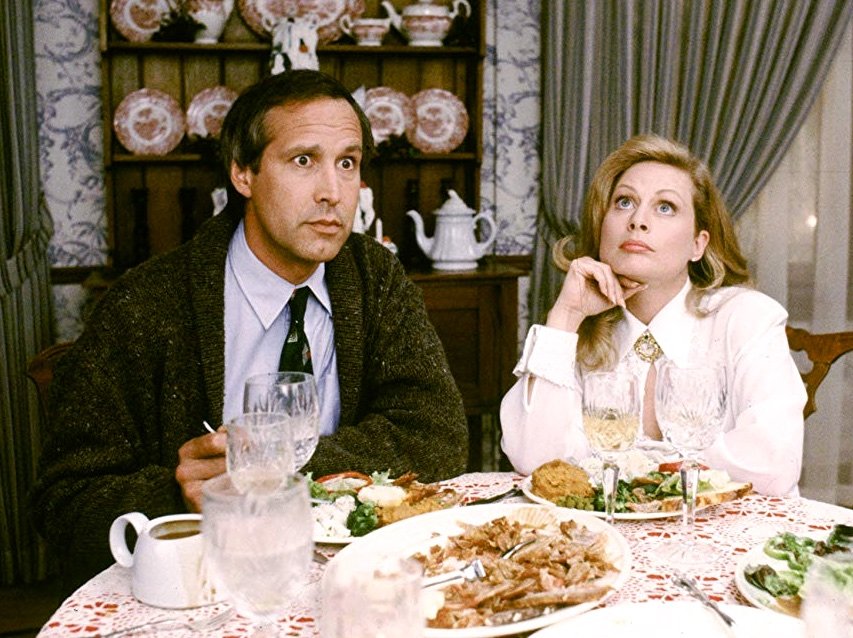 With a pair of ill-advised sequels in Caddyshack II (1988) and Fletch Lives (1989), the late 80s weren’t especially kind to Chevy Chase. Neither were the late 90s, 00s or 10s, but that’s a whole other story. As the goofy, eager-to-please Clark Griswold, Chase had already taken his family on a pair of excursions with Vacation (1983) and European Vacation (1985), before the holiday market called for a further cash-in with this third entry.

Critical consensus isn’t kind to Christmas Vacation, but it remains a popular festive stalwart. Produced by John Hughes from his own script, it’s just the kind of readily digestible silliness for which postprandial Christmas Days are made. If there’s one face that was born to bring the silly, it’s Chevy Chase’s – at least until Randy Quaid turns up for some dimwitted scene-stealing. Sure, the lols are as lowbrow as they come, but this viewer would take it over Home Alone’s sickly schmaltz. 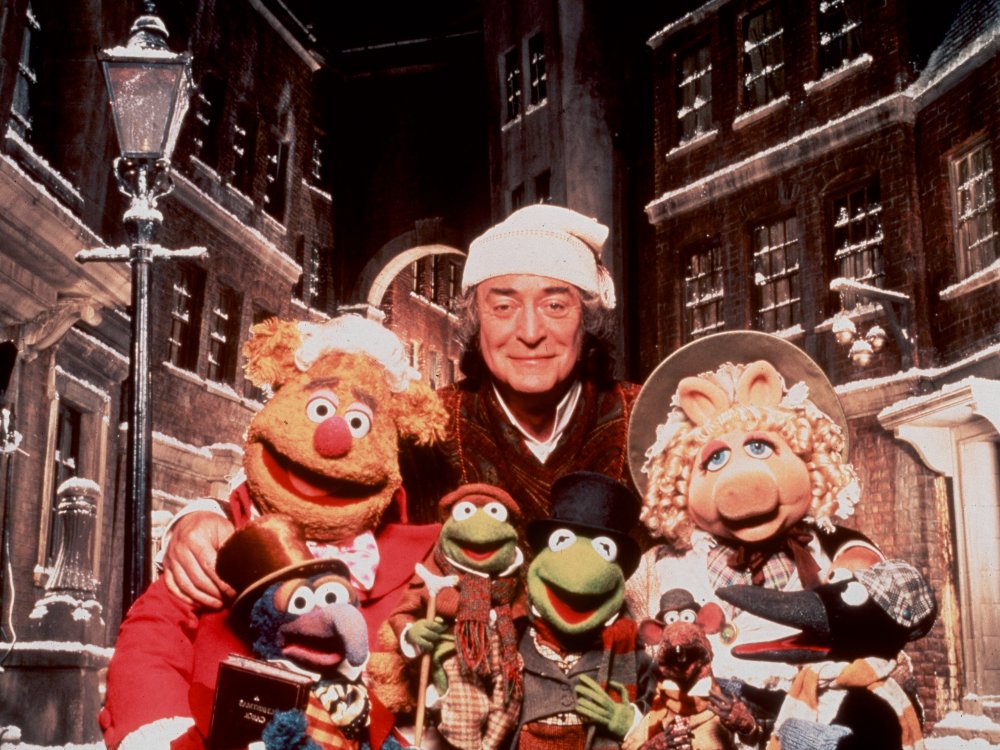 Anyone expecting an irreverent, let alone anarchic, take on the Charles Dickens classic may well find themselves surprised at quite how closely this fourth feature film from Kermit & Co hews to the spirit of the novella. Brian Henson takes over directing duties from his father Jim, whose death just two years prior to the film’s release can’t help but add an extra layer of poignancy to a tale that already boasts barrels of the stuff.

His neatest conceptual trick is to employ dual narrative devices, inserting Gonzo (as Dickens) at a remove from the main action, to narrate and provide a little commentary with his pal, Rizzo the Rat.

The Muppet Christmas Carol is also a technical marvel, the soundstage wizardry creating a richly textured milieu, and if the songs, courtesy of Phantom of the Paradise (1974) star Paul Williams, are hit and miss – theatrically excised ballad ‘When Love Is Gone’ being the biggest miss – they’re certainly catchy enough, even when it’s Michael Caine doing the singing.

It may be a story we all know inside out, but it’s rarely been delivered in a manner so deeply felt (sorry). 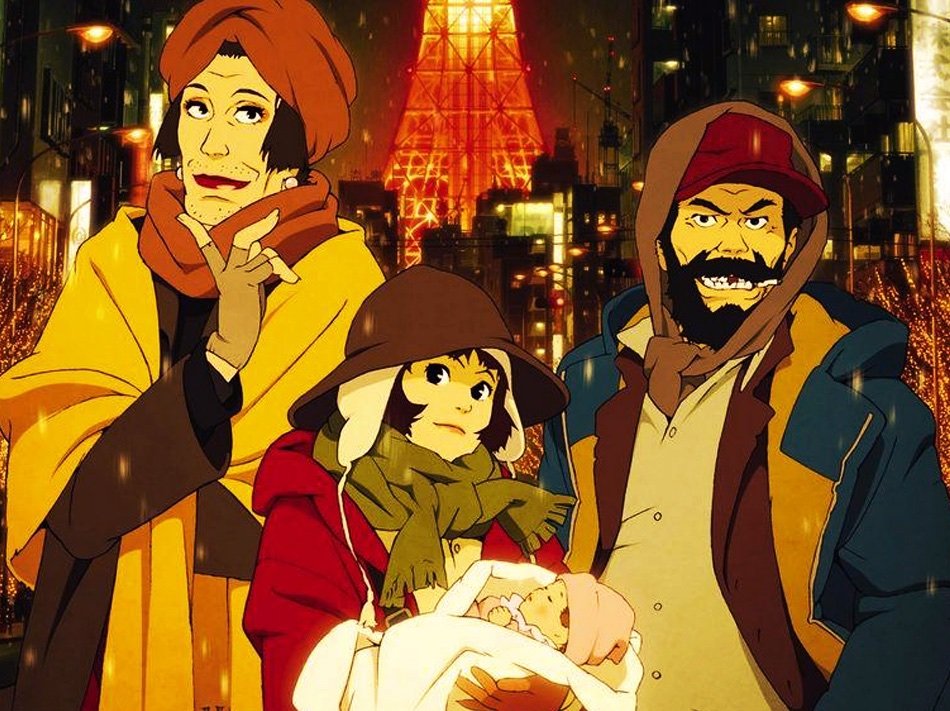 Despite completing just four feature films before his premature death in 2010, Satoshi Kon has long been considered one of the grandmasters of Japanese animation. Said reputation largely rests on his trio of masterpieces, Perfect Blue (1997), Millennium Actress (2001) and Paprika (2006) – the latter famously ripped off by Christopher Nolan for Inception (2010). His third feature, Tokyo Godfathers, may be the least conceptually audacious of his films, but it’s arguably the most grounded and human, possessing an aching pathos that stabs at the gut in a manner befitting the Japanese masters of the 1950s.

With a title that tips its hat to the much remade Three Godfathers story, Kon’s parable sees three not-so-wise homeless men (a man, a trans woman and a teenage girl, even) discover a baby in a dumpster at Christmas. Endlessly squabbling, they endeavour – via run-ins with gangsters and angels – to find her mother. It’s very funny, despite the heavyweight themes of abandonment and survival; a Christmas film that finds solace in the notion of family, however it might be cobbled together. 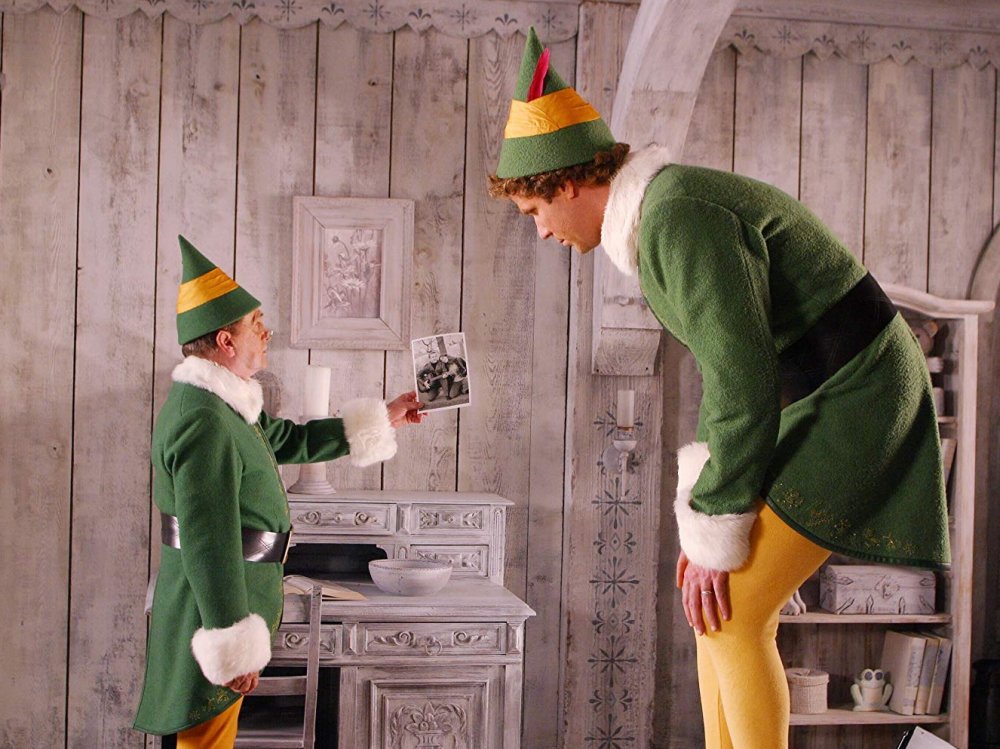 “It seems I’m not an elf,” cries Buddy to a co-worker in Santa’s workshop. “Of course you’re not! You’re 6ft 3 and you’ve had a beard since you were 15 years old.” So begins the journey of self-realisation for the human man-child raised at the North Pole. Despairing of his workshop duties “where the special elves work”, this “cotton-headed ninny-muggins” sets off to find his birth father, a New York publisher ranked high on the naughty list.

It’s a given that the comic mileage one gets from Elf will rest on individual levels of tolerance for its star, Will Ferrell, and his wide-eyed shtick. For our money, Buddy is one of his great performances and Jon Favreau’s film a Christmas classic straight out the gate. A fish-out-of-water yarn in the tradition of The Jerk (1979), what it lacks in incisive satire it more than makes up for in sight gags and goofy characterisation. The third act resolution may require a sweet tooth, but Buddy’s insistence on Christmas cheer finally proves disarmingly irresistible. 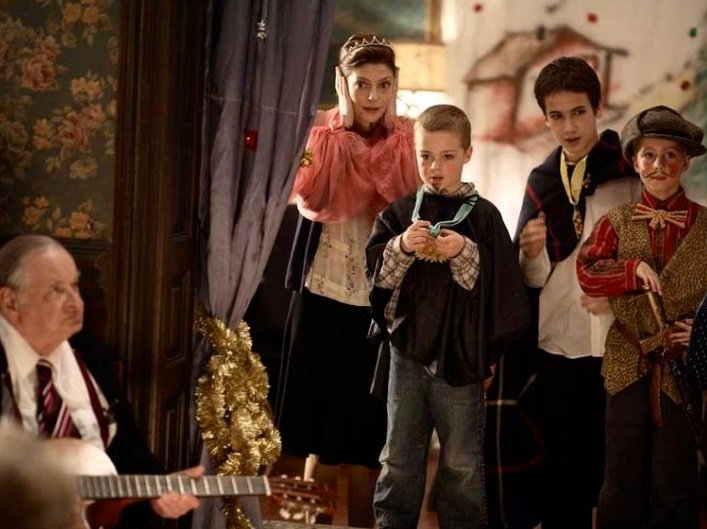 Vicious, cynical and wholly unsentimental, Arnaud Desplechin’s A Christmas Tale holds little truck with anything approaching Christmas spirit. In fact, with its cancer diagnoses, suicide attempts and bitter recriminations, for the first hour of this 150-minute domestic epic you’ll probably wonder what business it has on a list of Christmas comedies. When the funny does come – and it really does – it’s a comedy of discomfort familiar to anyone who’s had to suffer through a forced family get-together, with all the ensuing, peculiarly festive dysfunction.

The pathologically obnoxious Henri (Mathieu Amalric) appears to relish his function as the eye of the hurricane, as the extended family undergo tests to provide matriarch Junon (Catherine Deneuve) with the bone marrow transplant she desperately needs.

You can feel the puckish enjoyment Desplechin takes from conducting the chaotic, emotional warfare of the Vuillard clan, and if its loftier intellectual injections invite charges of pretension, they’re entirely in keeping with its protagonists’ own sense of self-importance. An exhausting watch, perhaps, but arguably the one film on our list that nails the festive season for all its bittersweet tensions.