From Victim to Weekend, we remember some of the best British gay films. 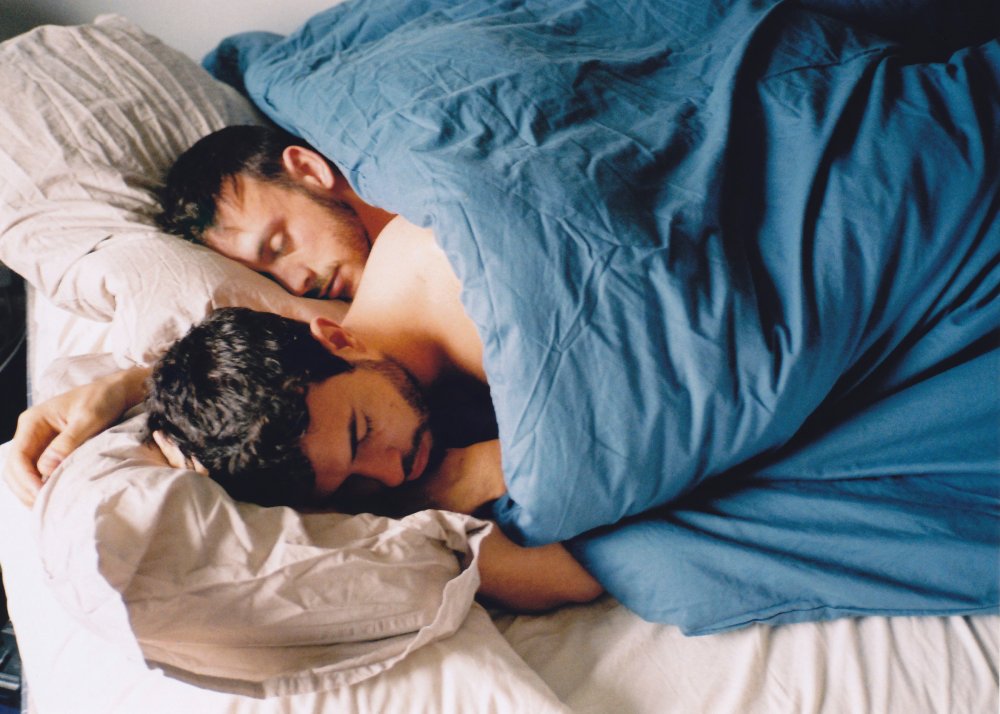 Watch a selection of LGBT titles online on BFI Player

Few countries can rival the UK when it comes to making great and diverse gay films. This may come as a surprise from a country where male homosexuality was illegal until as recently as 1967, and where gay marriage continues to ruffle right-wingers, swivel-eyed or otherwise. Yet despite their often taboo nature, films with gay characters have been around since the silent era.

So what key British gay films are out there? We’ve narrowed down the list to films easily available on DVD, although honourable mention must go to the über-rare Two Gentlemen Sharing (1969), a swinging slice of the 60s that hinted at interracial homosexuality. And if you like Vicious (millions seem to), you may get a perverse kick out of Staircase (1969), a dreadful vehicle for Richard Burton and Rex Harrison as two ageing queens in a perpetual state of mutual- and self-loathing.

This list should really be a Top 11 – the omission of Sunday Bloody Sunday (1971), the first British film to feature a gay kiss, is borderline inexcusable. Tom Shkolnik’s beautifully observed The Comedian (2012), in which a possibly gay, possibly bi thirtysomething (Edward Hogg) tries to make it as a standup in the capital, also narrowly missed inclusion. 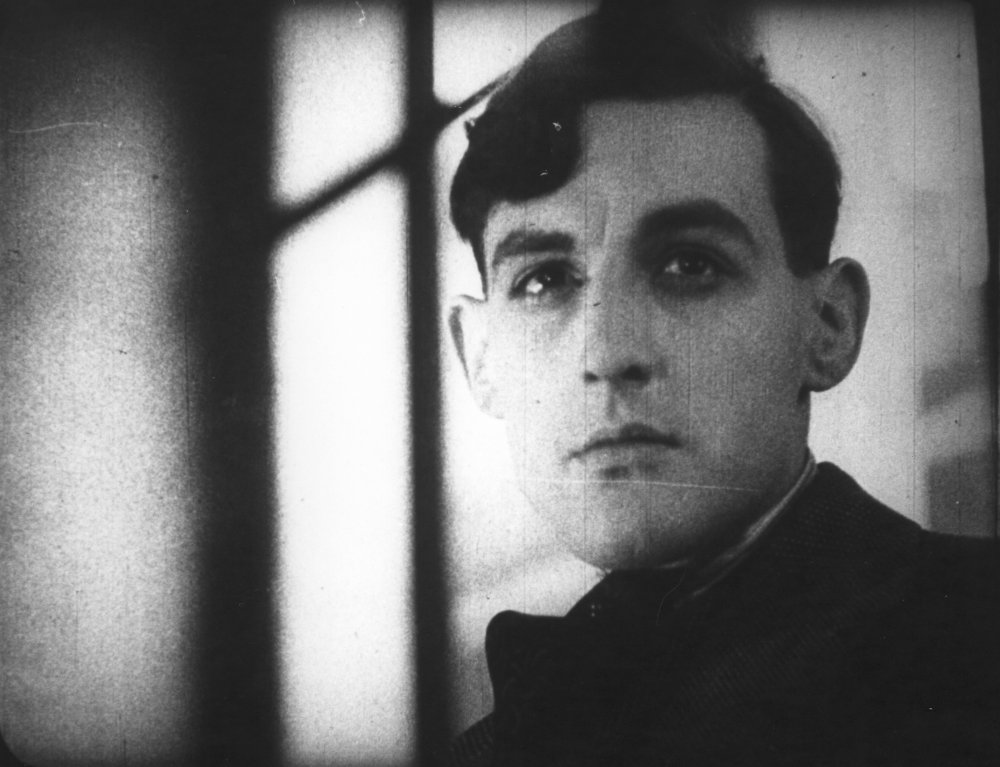 What’s the gayest British silent? A few coded homosexuals can be found in Alfred Hitchcock’s early work (check out the swishy dressmaker in 1925’s The Pleasure Garden), while Ivor Novello’s films play up the flamboyant star’s androgyny, playing very odd, allegedly heterosexual men in The Lodger (1926) and The Man without Desire (1923).

But gayest of all remains Borderline, a hotbed of sexual passions set around an interracial love triangle. The main trio may be straight, but the camera’s love of Paul Robeson’s torso – the film was directed and produced by gay men – hints at an even more taboo love story. The male pianist’s longing gazes at a photo of Robeson tell their own tale. It was directed by Kenneth Macpherson, the editor of the landmark film journal Close Up (1927-33) – sadly, following the poor critical reviews for Borderline, he did not direct again. 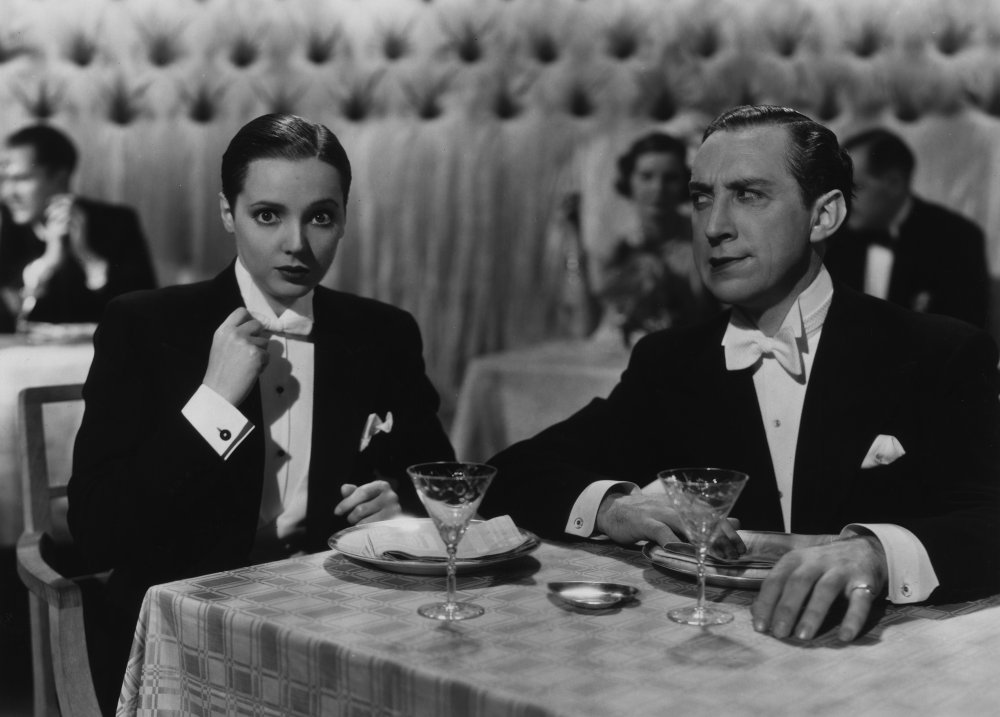 I’ve been father, mother, sister and brother to that girl – and nothing more.

One of the first spottings of the GBF (Gay Best Friend), a creature maligned and adored in equal measure. Here it’s Sonnie Hale serving up sardonic asides and platonic friendship to Jessie Matthews’s down-on-her-luck showgirl. Although made at a time when homosexuality was unmentionable on screen, Hale’s gestures and waspish delivery clearly code the character as not the marrying kind.

In this zingy comedy, based on the 1933 German film Viktor und Viktoria, Matthews plays a woman who earns her coin pretending to be a man who masquerades as a female impersonator. Matthews is fantastic, but Hale matches her as her supportive mentor, himself a drag queen, who at last gets his moment in the spotlight in an unforgettable final number. The story was adapted again in 1982 as Victor Victoria, starring Julie Andrews in the lead. 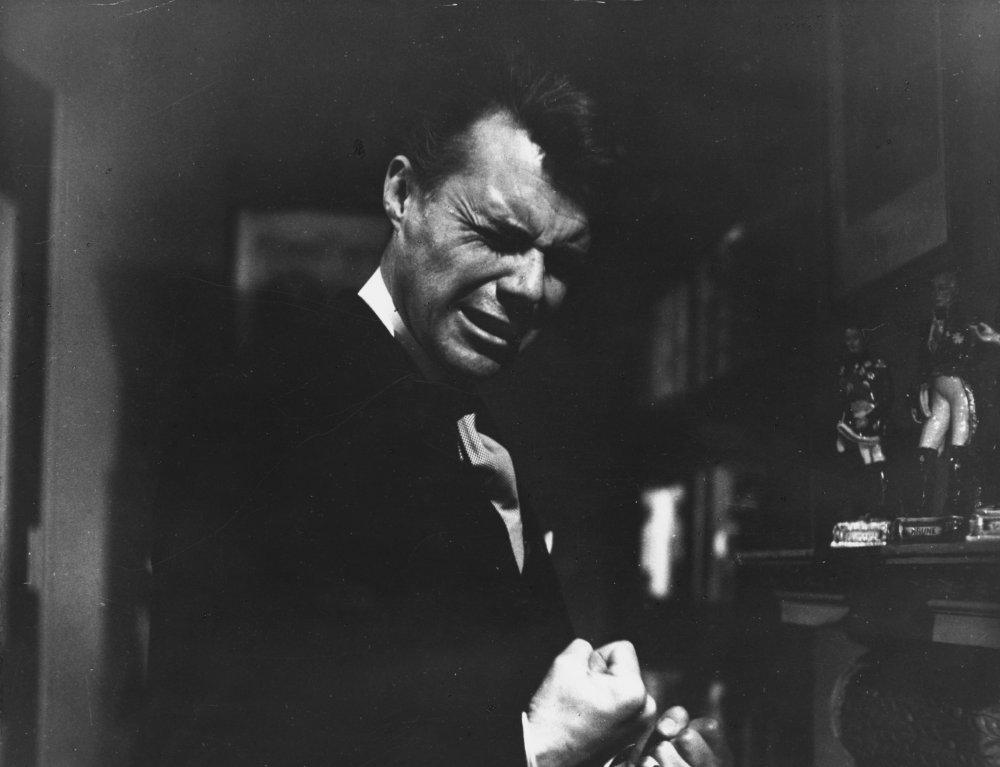 Dirk Bogarde, an actor who never acknowledged the rumours of his homosexuality during his lifetime, took a real career risk in playing a lawyer who, following a string of blackmail attempts against gay men, begins to realise his own sexuality. Made when gay sex was illegal in the UK, it could have been a career-ruiner, but instead saw him progress from matinee idol roles to meatier arthouse fare.

Did this film help change the law? Victim was released four years after the publication of the Wolfenden report, a paper which recommended that male homosexuality no longer be regarded as a criminal offence. It took another 10 years before partial decriminalisation took effect with the Sexual Offences act in 1967, which allowed homosexual acts, in private, between two men over the age of 21 – many feel Basil Dearden’s film helped liberalise attitudes and pave the way towards tolerance towards gay people. 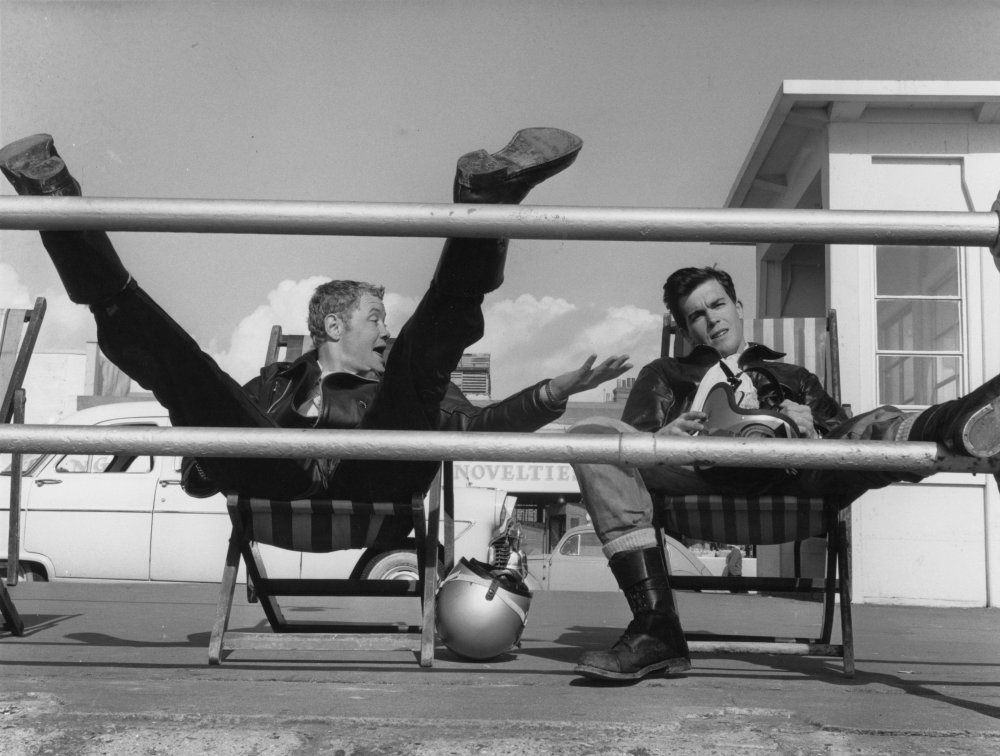 The British ‘kitchen sink’ dramas, focused around working-class lives, that prevailed in the late 50s and early 60s occasionally contained sympathetic gay characters, such as Murray Melvin’s student in A Taste of Honey (1961) and Cicely Courtneidge’s ageing actor in The L-shaped Room (1962). But The Leather Boys has the most explicit storyline.

A newlywed (Colin Campbell) having marriage problems finds escape through camaraderie with a biker gang – and doesn’t realise that his dynamic and faintly misogynist best friend (Dudley Sutton) is gay. The last scene, set in a gay bar, features a conga line of unlikable stereotypes, but at least Sutton comes across more sympathetically than Rita Tushingham, playing Campbell’s shrewish wife. Although the film is seldom discussed as much as its contemporaries, its iconic imagery of leather-clad bikers has never died, and was poached by The Smiths for the video of ‘Girlfriend in a Coma’ in 1987. 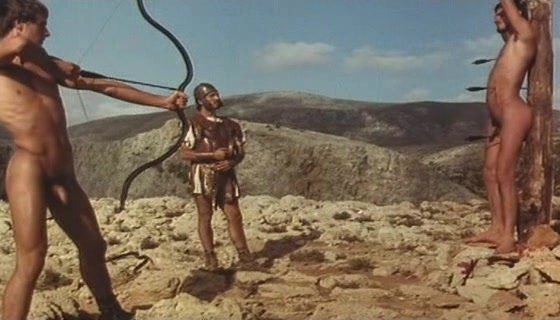 While his fellow exiles fight, fuck and frolic naked in the desert, Sebastian resists such hedonism and instead recites poetry praising God, a predilection that leads to his violent death. It’s a real one-of-a-kind film, a potent clash of beauty and vulgarity, all told through Latin dialogue. Jarman would go on to become one of Britain’s most exciting filmmakers of the 70s and 80s, directing Jubilee (1978), Caravaggio (1986) and The Last of England (1987). 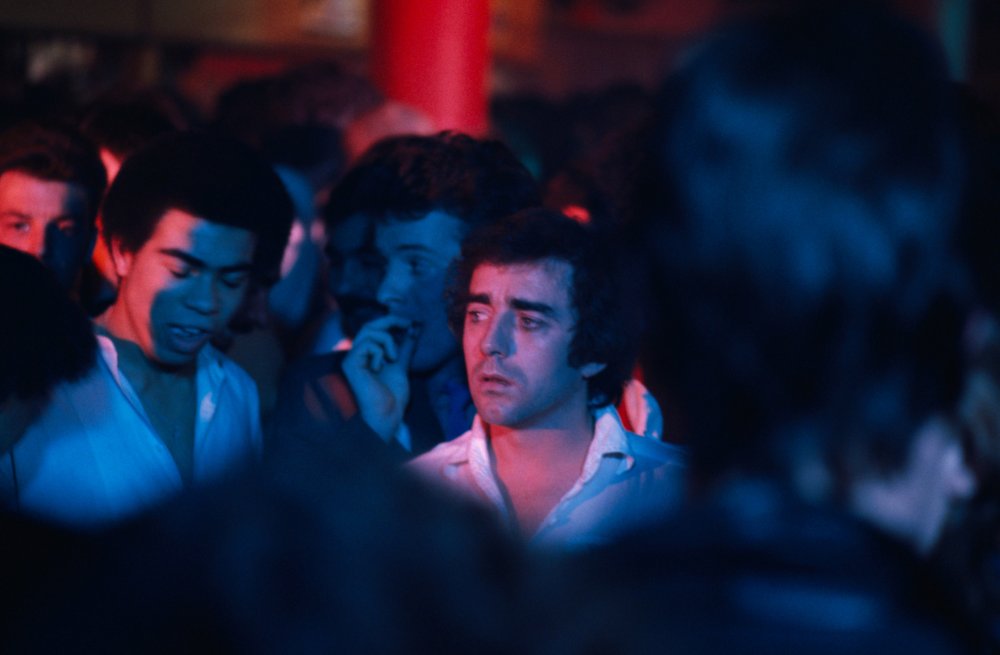 Britain’s first significant gay movie made by a gay director divided audiences. Some praised it for its realistic portrayal of a gay teacher unsuccessfully seeking a loving relationship in the newly sexually liberated clubs of London. Others found the main character to be a self-pitying sourpuss, who’d have more chance snagging a boyfriend if he smiled a bit more.

Now Nighthawks can be re-evaluated as an invaluable time capsule of the late 1970s gay scene, in the liberated period between decriminalisation and the outbreak of AIDS. Ken Robertson is very good as the antihero, especially in the film’s best scene, when the teacher comes out to his homophobic class and confronts their prejudices. 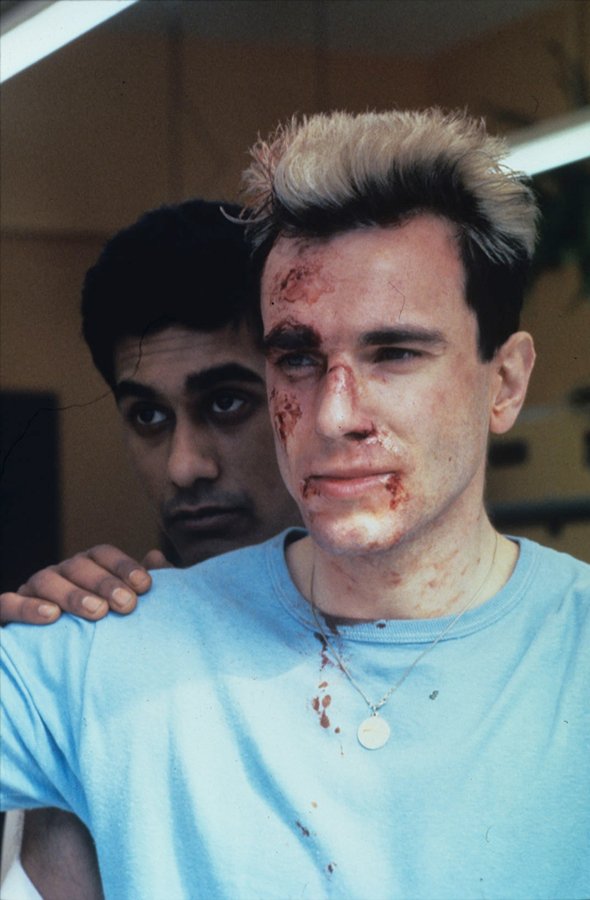 What could be more crowd-pleasing than a gay love story between a Pakistani immigrant and an ex-National Front member? Not much in 1985, as it turned out, as Stephen Frears’s provocative drama proved to be a hit with both critics and cinemagoers, and helped launch the career of Daniel Day-Lewis.

Homosexuality is just one of the topics covered in Hanif Kureishi’s ambitious, Oscar-nominated screenplay, which also takes on racism, culture clash, and the state of Thatcher’s Britain. Despite the prickly subject matter, My Beautiful Laundrette is testimony to the fact that audiences will respond to unorthodox subject matter as long as the quality’s there. Kureishi would explore race and homosexuality again in the TV series The Buddha of Suburbia (1993). 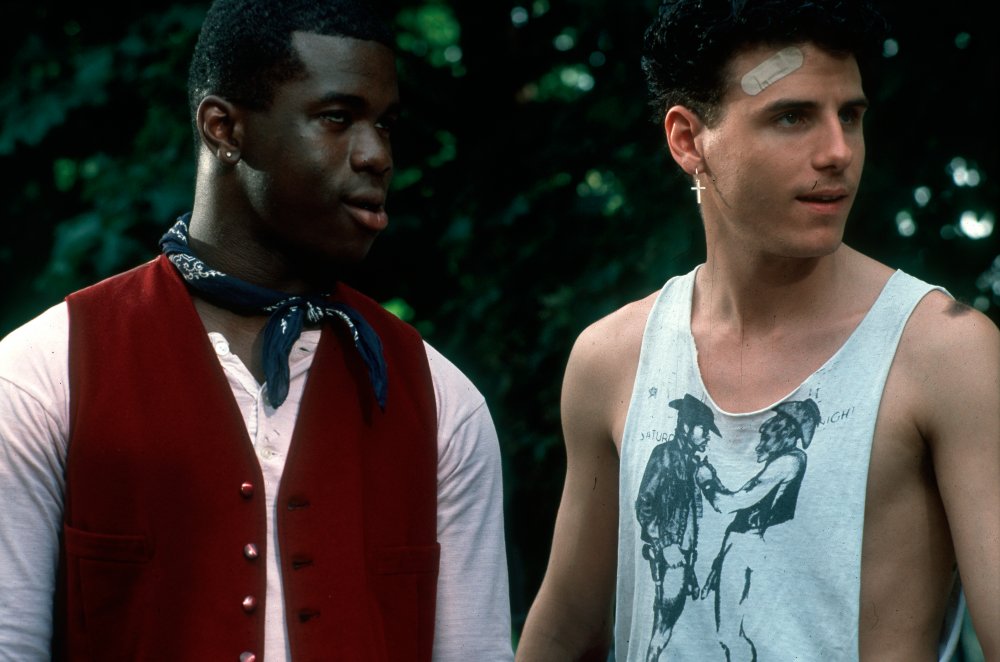 If My Beautiful Laundrette offered a snapshot of 80s Britain, Isaac Julien takes on the late 70s, a time when punk rebelled against the jubilee and right-wing extremism was on the rise. Julien, the director of a number of excellent short films, including Looking for Langston (1989), stated his intention as creating a “black independent cinema which deals with questions of sexuality, gender and national identity”, all of which are explored in Young Soul Rebels. The murder of a gay man triggers an avalanche of trouble for two black pirate radio DJs, one of whom starts a relationship with a white, gay punk.

It’s not quite a British Do the Right Thing (1989), but it’s an energetic and atmospheric piece with strong performances and a marvellous soundtrack. Although it’s his only fiction feature, Julien has continued to make short films and documentaries, including Derek (2008), a moving portrait of Derek Jarman. 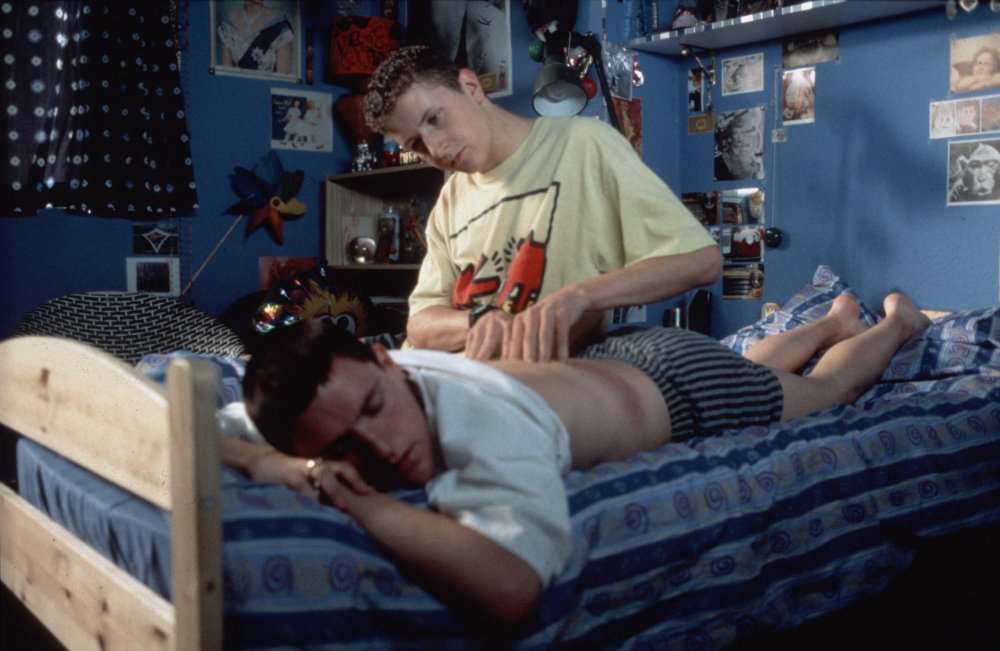 This favourite remains one of the sweetest of all gay films, telling the story of two troubled boys – one bullied at school, the other at home – who find love in each other’s arms. Told against a Thamesmead estate backdrop, it’s gritty and witty, with a sparky script based on the stage play by Jonathan Harvey, who went on to write Gimme Gimme Gimme (but don’t hold that against him). Every gay teen deserves a good gay teen film, and in the 1990s this was it.

The film has received a lot of attention recently following the play’s successful resurrection to mark its 20th anniversary. It’s a super play, but the film just about trumps it, thanks especially to the performances – Glen Berry retired from acting, Scott Neal played another gay role in The Bill, while the scene-stealing Linda Henry became a fixture on Bad Girls and EastEnders. 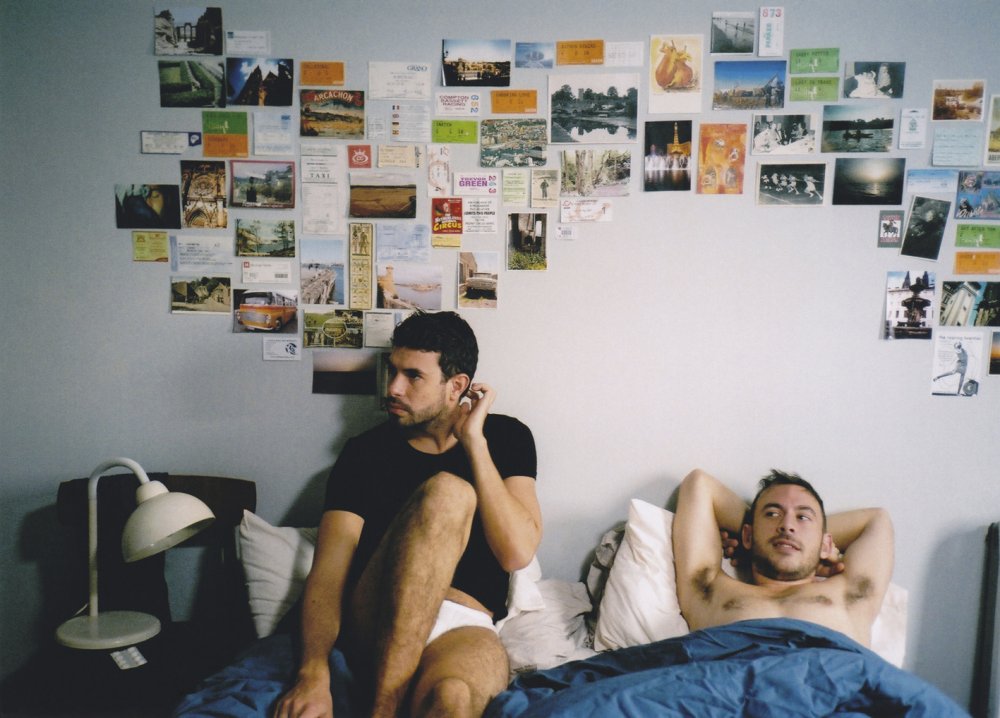 You knew this one was coming. Few gay-themed films, British or otherwise, have resonated with audiences quite as much as Weekend. It’s a simple tale of a one-night stand in Nottingham that turns into something more. Andrew Haigh’s debut Greek Pete (2009), a quasi-documentary about a London rent boy, was an engaging curio, but nothing in it suggested the sophistication and wit of his follow-up.

In a rare moment of sanity, writer Bret Easton Ellis tweeted that “it might be the greatest film about gay men ever made”. It’s certainly one of the classiest, with believable characters doing believable things, an anti-Richard Curtis romance with the most moving train station scene since Brief Encounter (1945).