These are all excellent places to start exploring the visionary tradition of Britain’s boldest artist filmmakers. 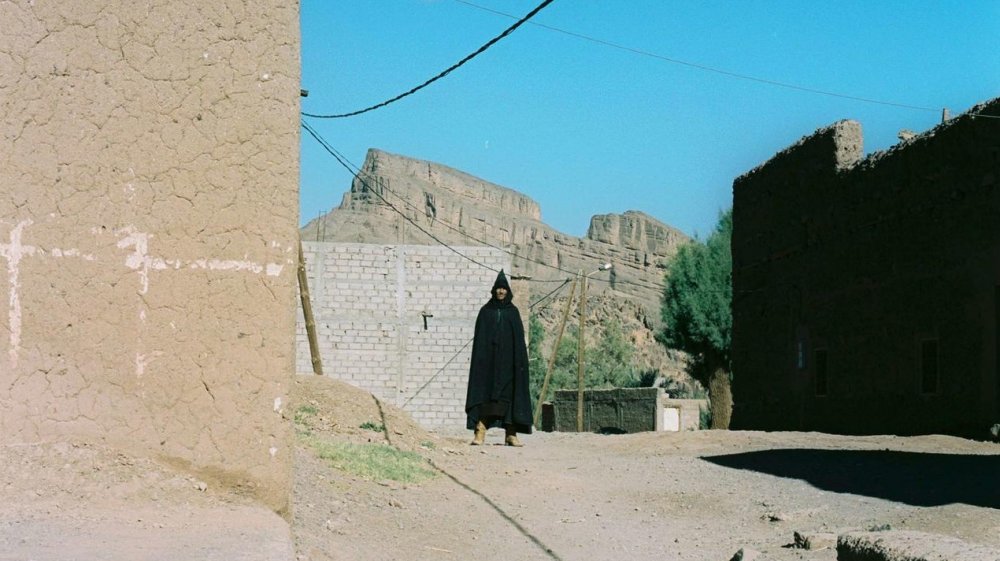 “The actors are tired,” says an actor – is it an actor? – in this strange, enigmatic film by Ben Rivers about post-colonialism and creative vampirism. The Sky Trembles and the Earth Is Afraid and the Two Eyes Are Not Brothers takes its name from a story by Paul Bowles set in Morocco. Initially, it stalks the trail of a new film production by European auteur Oliver Laxe, trekking the Atlas mountains and undergoing physical hardship. But Bowles’ earlier vision threatens to take over as director Laxe is kidnapped by his own cast, throwing the viewers’ already confused expectations into disarray. Rivers’ film highlights the politics of filmmaker tourism and, by way of its documentary codes, questions whose film is actually being made here, and even what that film is. Each shot in this entropic stew stands as an enigmatic fragment in and of itself – there’s something akin to a magical spell being cast here.

As this viewer stills chews over the power of this bold, elliptical new work, we look at the history of British experimental feature films by way of 10 examples; at one level implicitly considering the connections between each film but at another highlighting the differences and sense of possibilities that come each time you start from a new and different map. Some are by people who identify or identified as ‘artists’, others are, in conventional terms, simply non-commercial. It represents a rich area of British filmmaking that while admittedly more well known and accessible than it was, still deserves a lot more – and more frequent – digging up and exposing to the light. Like The Sky Trembles…, the films below often use documentary codes and work in the grey areas between fact and fiction. 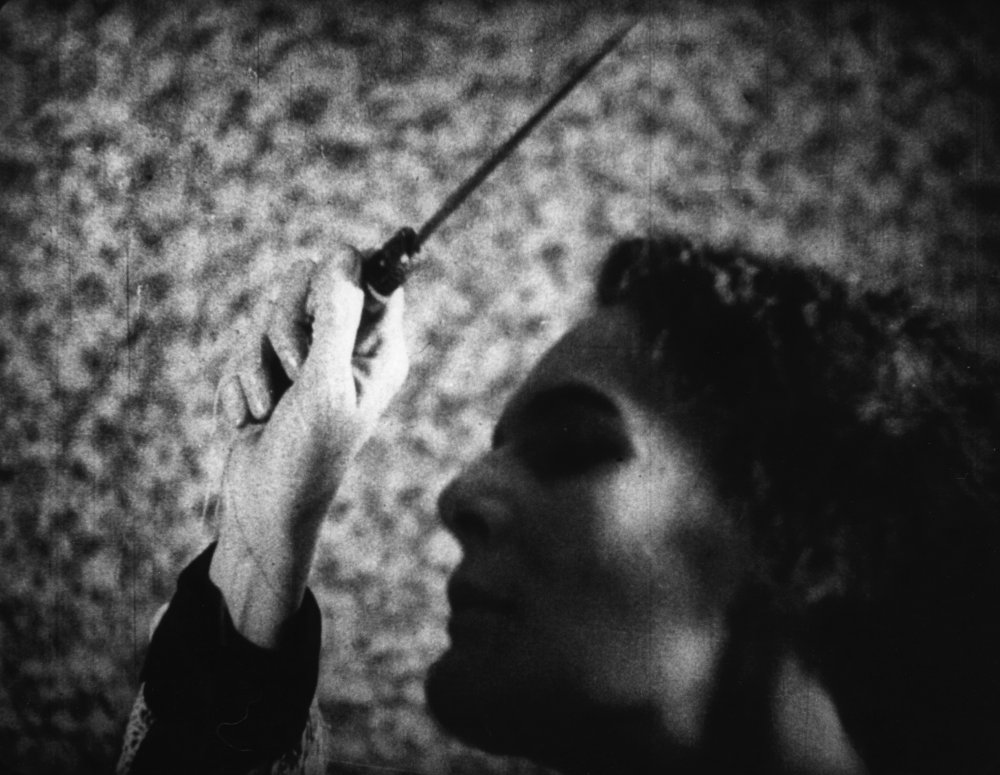 Borderline offers a unique insight into the filmic obsessions of the UK’s privileged Bohemian set in the 1920s. Directed by Scottish artist and writer Kenneth Macpherson, it features a cast including Paul Robeson (already a celebrity in his own right) and his wife Eslanda, as well as fellow contributors to Close-up, an early intellectual film journal.

The story follows a group who one suspects are much like the actors themselves, presenting a tale that touches upon the taboo subjects of homosexuality, miscegenation, racial discrimination, dispossession and migration in a nameless location (though actually set and shot around a residence in Switzerland). But rather than its complex themes, it’s the ambition of this innovative, elliptical film that have endured. Borrowing much from filmmakers such as Sergei Eisenstein and G.W. Pabst, Borderline boasts highly expressive editing and stunning cinematography, with its cast beautifully lit in sculptural compositions. The restored version of the film has been superbly re-scored by Courtney Pine, one of the UK’s major composer-musicians. 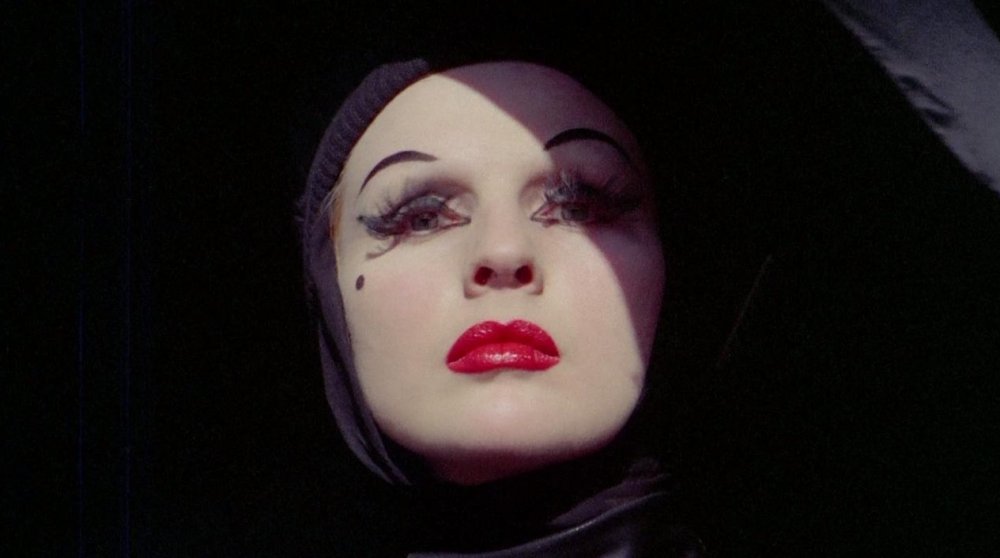 Originally funded as an ambitious short, Herostratus expanded in the mind of its creator to become the BFI Experimental Film Fund’s first ever feature film and was the first film to be screened at the then new ICA cinema in 1968. Don Levy, an Australian polymath once thought of as the great hope of British experimental cinema, now sadly overlooked, adapted the legend of Herostratus (who reputedly burned down the Temple of Artemis at Ephesus to gain immortal fame) to that of a contemporary figure, the self-destructive Max, who, seduced by the lure of celebrity, sells his suicide as a media event to a marketing firm.

The resulting fusion of improvised drama with violent passages of kinetic abstraction owes as much to the US avant garde (Stan Brakhage in particular) and Austrian Actionists like Kurt Kren as it does to the European art cinema of Michelangelo Antonioni, who was a reputed admirer. 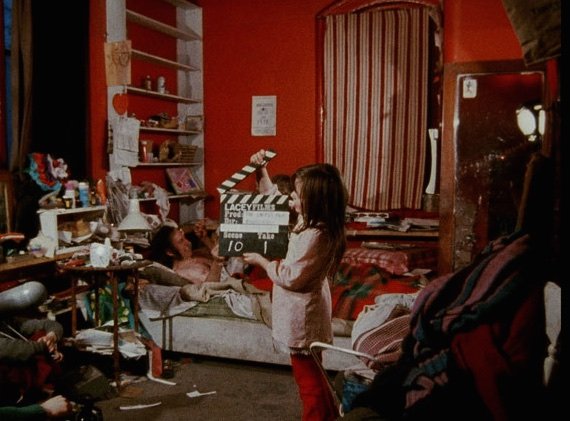 Inspired by such humorous instructional films about wartime water rationing as those made by that other great British eccentric, Richard Massingham, for the Ministry of Information, assemblage artist, proto performance artist, absurdist music hall entertainer and all-round national treasure Bruce Lacey creatively collaborated with his entire family to make and star in this self-reflexive proto-video diary.

Filmed on 16mm in their home (an Arts Council-funded live-work space in a converted Hackney warehouse), the family instructs their imaginary Martian audience in how to do mundane domestic chores. The resulting assemblage leaves in all the outtakes, flash frames and clapper boards, turning its camera on its own crew. In the process it comes across as a playful structuralist reality show with a Blue Peter aesthetic, foreshadowing YouTube tutorial videos by over 30 years. 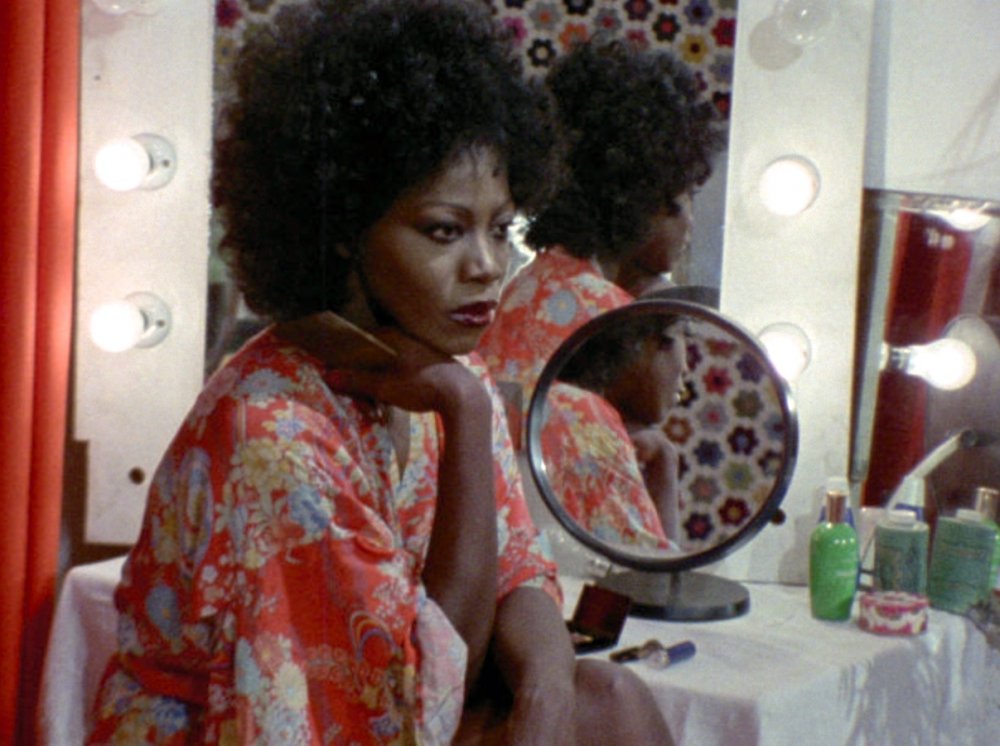 Revisiting Sophocles’ tragedy Oedipus the King, groundbreaking theorist-filmmakers Laura Mulvey and Peter Wollen seek to understand in the legendary creature of antiquity – the Sphinx – the patriarchal representation of the mother-child relationship. Both Mulvey, author of the groundbreaking essay ‘Visual Pleasure and Narrative Cinema’, and Wollen, author of Signs and Meaning in the Cinema, pioneered psychoanalytic and semiotic explorations of cinema, and Mulvey is one of the instigators of feminist theory in cinema and popular culture.

Scored by the hypnotic compositions of Mike Ratledge, Riddles of the Sphinx is the pair’s second feature, following 1974’s Penthesilea: Queen of the Amazons. Made with support from the vital BFI Production Board (1965-99), it’s one of the boldest visual experiments to emerge from 1970s British film. 360-degree panning shots inform the film’s unique structure and narrative, which centres around the domestic environment of a broken marriage, women in their professional environment and a spirit of independence. 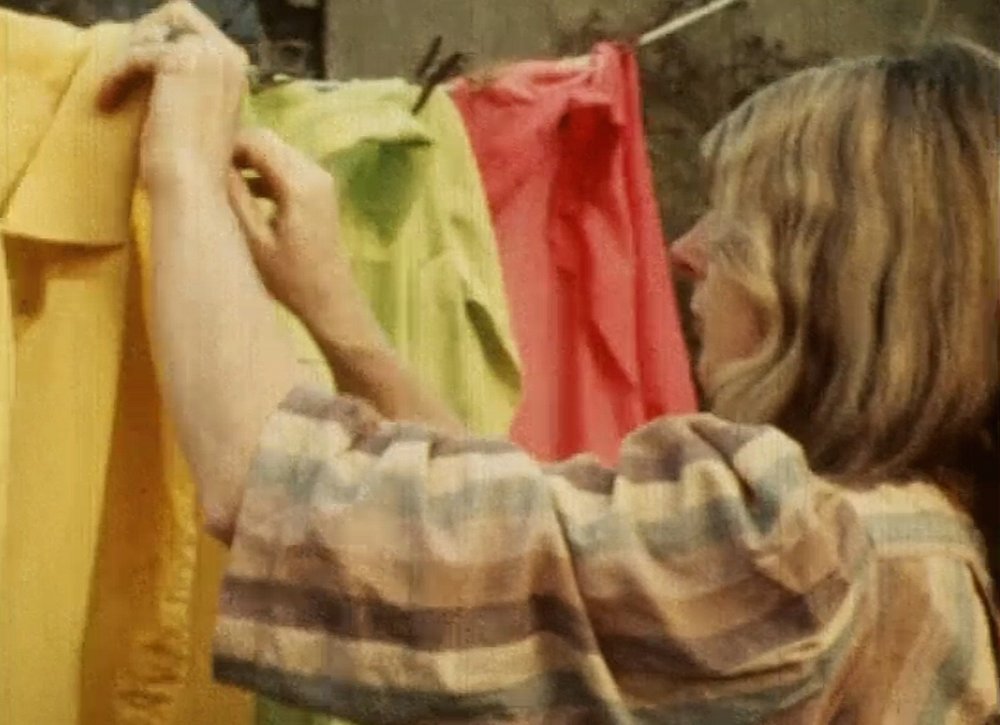 Blackbird Descending screens at BFI Southbank on Thur 17 May as part of Crossing the Threshold: Experimental Films and Performances from Malcolm Le Grice

The first of three feature films by experimentalist Malcolm Le Grice, Blackbird Descending took him away from the London Filmmakers’ Co-op and instead placed him in the domestic sphere, exploring what it can mean to make art not just at home, but somehow through it. It rigorously and in extremely engaging fashion not only plots out the space of a suburban house and its garden but also fragments that space through the cutting up and blurring of activities and expectation.

At one level the film is a giant elliptical puzzle, ready for the viewer to untangle, but at another it’s a melancholic ode to the passing of time and the patterns of daily live, with its rituals and repetitions – sort of like Groundhog Day (1993) or Reginald Perrin. Its existential qualities make for a very different pastoralism to that evoked by Vaughan Williams’ ‘The Lark Ascending’, as referenced by the title. It’s a suburban pastoralism; a tree is cut-down, winter arrives and snow covers the quiet back garden. 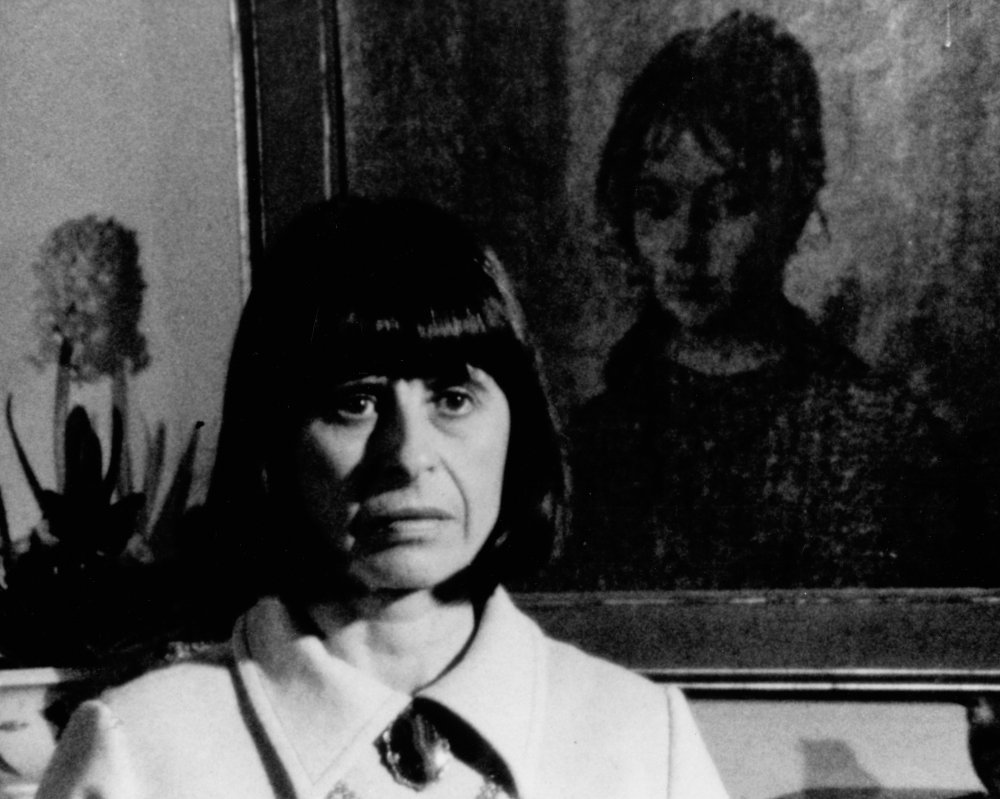 Rapunzel Let Down Your Hair takes the fairytale of its title and remakes it as a feminist narrative, interrogating the ideological impact of storytelling. A product of the activism around rights for women in the 1970s, the film takes female relationships as its subject, as well as being made by women who were involved in the London Women’s Film Group.

Repeated retellings expose the ways in which the fairytales pattern heterosexual romantic and generational relationships, making male lovers into heroes, female lovers into heroines and mothers into witches. However, as the film goes on and the story gets reframed in film noir, melodrama and essay film style, the logic of the fairytale is undone, ending with a joyful final sequence showing women making and enjoying music together. Here the refrain ‘Rapunzel, let down your hair’ is transformed from a demand to a call of empowerment and liberation in the chorus of a song written and performed by Laka Koc. 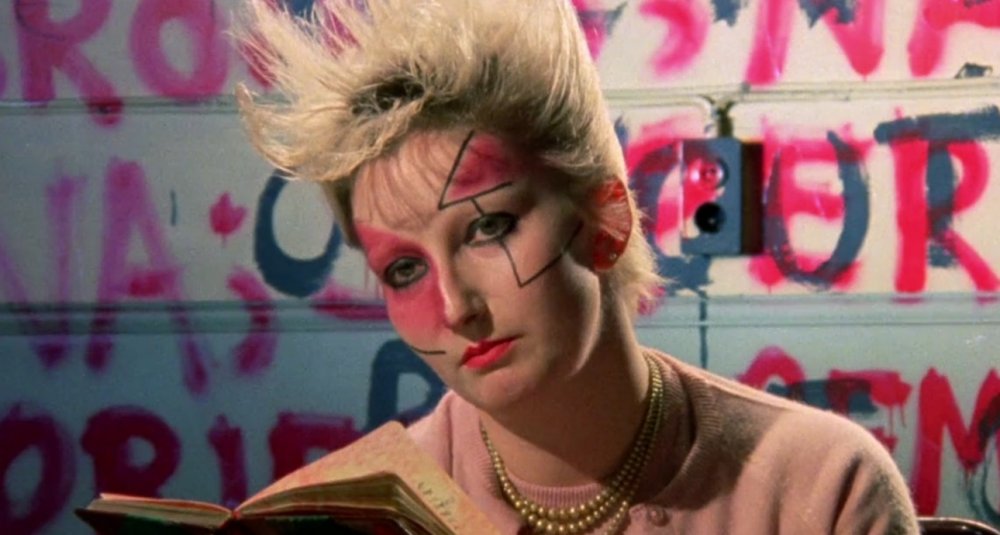 Filmmaker Derek Jarman attended Slade College of Fine Art from 1963, where he met David Hockney and Patrick Proctor and got in with a small part of London that was swinging. A decade later, following his homoerotic first feature Sebastiane (1976), he tackled the dark currents of London in the silver jubilee year. In an interview conducted by producer Colin MacCabe and director Bernard Rose in 1990, Jarman recalls: “In Jubilee, the violence is unpleasant; there wasn’t much love around then.”

So Jarman turned punk London into a future apocalypse, and had the 16th-century Queen Elizabeth I and her occult aide Dr Dee come visit through magical means, evoking it as shadow of their very own time, channelling Jarman’s interest in alchemy and Jungian psychology. Anarchy here meets esoteric philosophy and occult ideas. The film features punk icon Vivienne Westwood’s model Jordan in the role of writer Amyl Nitrite alongside punk groups Adam and the Ants, The Slits and Jayne County. Its provocative impact and critique of the media is as relevant today and makes for a distinctly unusual portrait of punk as it was; Jubilee blends drama, ideology and music to present the chaos and madness dominating London’s streets in the late 70s. 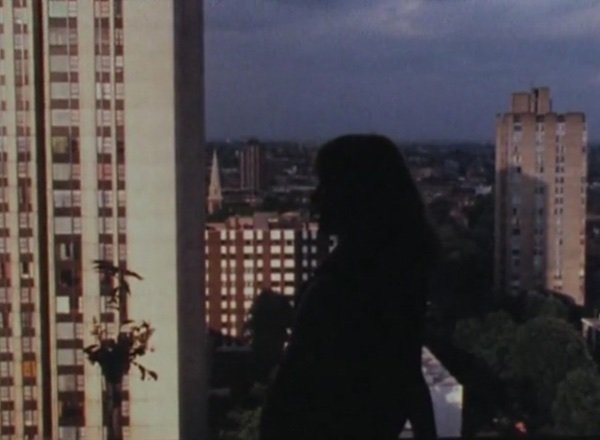 If this film was French it would be considered an arthouse classic, or so says a colleague of mine at the BFI National Archive. Distinctly moving and reflective, it evolved out of a larger project entitled The Social Contract, developed by political film collective Cinema Action, who had formed in the wake of the events of May 68 in Paris.

When member Ann Guedes met the powerful, charismatic Welsh union convener Shirley Butts, the film shifted focus, however, getting closer to Shirley and her family as she campaigns on the behalf of striking factory workers. Her daughter, who struggles to find work, reads periodically from Raymond Williams’ The Country and the City, cutting into the action, and the film moves between individual experience and issues much larger – notably the residues of history in the landscape and the traditions of working class knowledge, learning and solidarity. The first of Patrick Keiller’s three-film series about fictional traveller Robinson, London is the filmmaker’s take on the state of the capital in the aftermath of the 1992 election, when the Conservative party returned to power for a fourth successive term.

Narrated by the great Shakespearean actor Paul Scofield and filmed as a succession of fixed shots around the city, Keiller’s film idealises London as a monument to the poets, writers and romantics who once lived there, including Sterne, Rimbaud and Baudelaire. But this is a nostalgic utopia: through the chaos of successive social and political failures mirrored in public transport, employment insecurity and the health system, the city Robinson yearns for has declined and modernity is nowhere to be found. Instead, it’s a town haunted by IRA bombings, and a centre for international finance whose social and cultural life has gone untended. 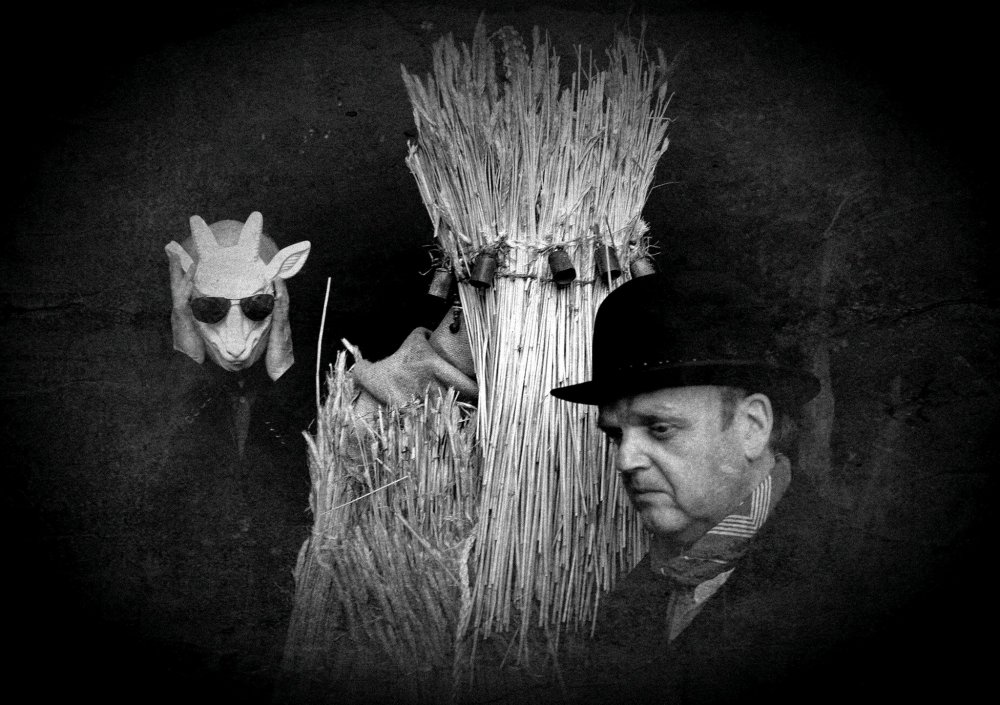 Andrew Kötting is an artist who brings a physicality and endurance to cinema. An experiment in walking as much as an experiment in filmmaking, his 2015 film By Our Selves focuses on these elements through an emphasis on the psychogeography of a landscape. It follows in the footsteps of the poet, John Clare, whose madness leads him to walk 80 miles over four days from Epping Forest to Northamptonshire. Kötting frames Clare’s tragic disintegration not by recreating period details from his original walk, but by partaking in the walk itself and framing the modern topographical changes as the poet’s own instability: a madness of pylons.

Clare’s neuroses manifest in the cacophony of Ballardian motorways, the hum of wind turbines and, eventually, through Kötting himself as a straw bear anchoring his walk – the filming process daring to become the ultimate of Clare’s many delusions. Kötting is a landscape punk of the Derek Jarman school of experimental DIY, yet with the same ethnographic curiosity of Margaret Tait or Werner Herzog. He is a refreshingly 21st-century cinematic wanderer.