To celebrate the premiere of Mirzya at the BFI London Film Festival, we present a rundown of some of the boldest and brightest movies to come from Bollywood this century. 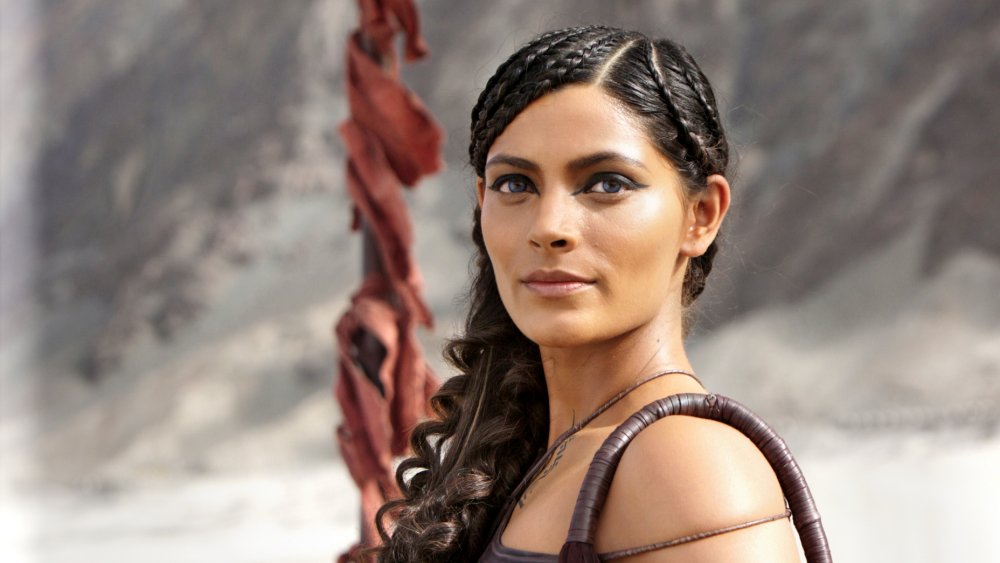 In the 21st century, Indian cinema celebrated its centenary – dated from Raja Harishchandra (1913), the first Indian feature – and the name Bollywood became established globally, perhaps less as a form of cinema than as a style and a brand of consumerism. It imagined the new India that could unleash its potential as a world leader, linked to the pride and confidence of the rising new middle classes, whose support for Hindutva, or Hindu nationalism, was manifest in 2014 with the election of the BJP government of Narendra Modi.

The big-budget diaspora romances popular since the mid-1990s, produced by Yash Raj Films, Dharma Productions and UTV, gave way to a wide variety of forms, often made by the same producers. The overseas markets remain significant but the home markets are expanding. Where once the 100 crore (100,000,000) rupee grossing film was significant, huge hits such as PK (2014) can now make 500 crore and upwards.

New stars have emerged but the three Khans – Shahrukh, Salman and Aamir (not related) – whose careers began in the early 1990s continue to be powerful forces, while a new generation of female stars has replaced the earlier one.

The new century opened with a revival of the historical film (Lagaan), while the biopic extended beyond that of national leaders to middle-class heroes such as business and sportspeople (Guru, Bhaag Milkha Bhaag). Big hit films looked at the search for identity and values among the young (3 Idiots). Comedies were among the biggest successes, from the crude to the charming, including big hits about the film industry (Om Shanti Om) and light comedy, often with a strong regional flavour (Jab We Met, Vicky Donor, Tanu Weds Manu, Shuddh Desi Romance, Band Baaja Baaraat) and sometimes a religious theme (PK). Vishal Bharadwaj’s Shakespeare-based films made a great impact (Maqbool – Macbeth; Omkara – Othello; Haider – Hamlet). Realistic films which moved away from Bollywood formulas found new audiences (Masaan, Court, Aligarh, The Lunchbox, Piku), while a rare art film was 2013’s Ship of Theseus.

Screening as this year’s Love Gala at the BFI London Film Festival, Rakeysh Omprakash Mehra’s Mirzya, like his acclaimed Rang de Basanti, has a dual narrative in the present and in the past, this time picking up the epic Punjabi love story of Mirza and Sahiba. The present is set in princely Rajasthan, while the past is vaguely fantastic. The outstanding music and spectacle links it to Bollywood, as does the star Anil Kapoor’s son as hero (Harshvardhan Kapoor), but the feel is of a fantasy Merchant Ivory.

To celebrate Mirzya’s premiere, these are 10 more Bollywood highlights of the century so far. 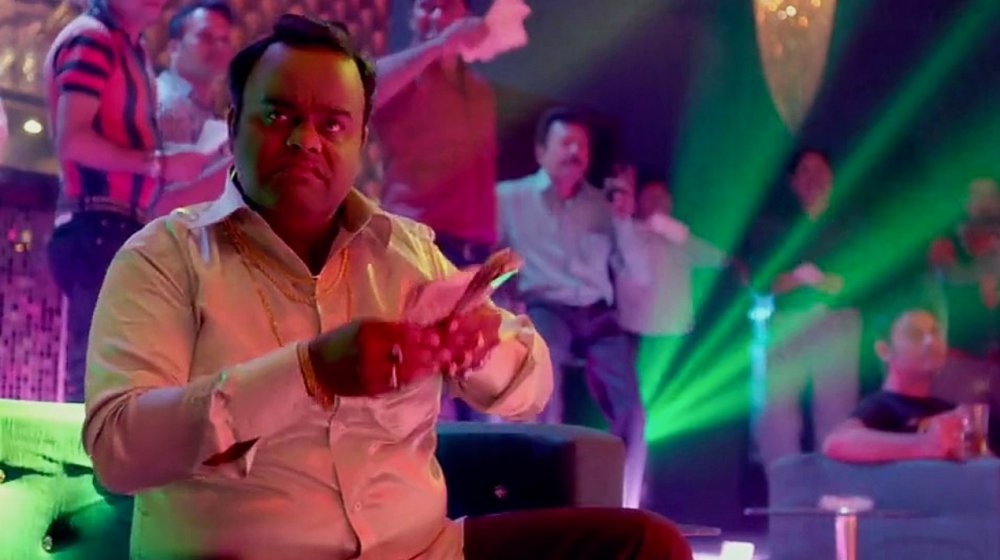 This film launched a trend for leaving-college movies, which explore the choice of whether to be guided by one’s parents in career and marriage or to follow one’s dreams. Neither is shown to be better than the other, and one may find true love with an unlikely partner – here an older, alcoholic woman.

Three big male stars – Aamir Khan, Saif Ali Khan, Akshaye Khanna – were cast opposite the rising Preity Zinta, the promising Sonali Kulkarni, and the star of the 1973 hit Bobby, Dimple Kapadia. The music, the styling, and the Australian locations were fresh – and a huge hit. The post-college theme was picked up by the director’s sister, Zoya Akhtar, in Zindagi Na Milegi Dobara (2011), in which three young men take a road trip around Spain before one of them gets married. 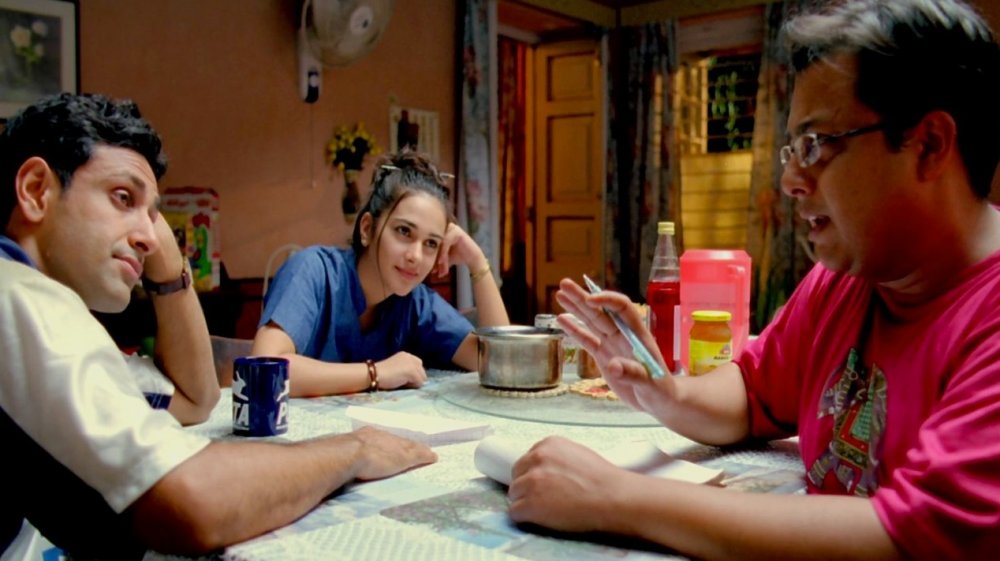 This 2006 film tells the story of Kamal Kishore Khosla (Anupam Kher), a middle-class man who puts his life savings towards buying a plot of land for a house in Delhi. The family has to outwit a corrupt builder, leading to many comic situations, while another story about the migration of the younger generation plays out.

Khosla Ka Ghosla was the debut of Dibakar Banerjee, whose later films Oye Lucky! Lucky Oye! (2008) and Love, Sex aur Dhokha (2010) were highly acclaimed, almost cult films, while his Detective Byomkesh Bakshy! (2015) evoked a bygone Calcutta/Kolkata. In this first feature, you can already see his eye for character and superb casting, as well as his taste for comedy based on the ridiculous.

The loveable rogue character Munna Bhai was first seen in Munna Bhai M.B.B.S. (2003), where he aspired to be a doctor to please his parents. In this 2006 follow-up, he has to pretend to be a professor of history to impress a VJ who is a follower of Gandhi. He hallucinates Gandhi, who is able to talk to Munna even in his street-slang, and becomes a follower and then a teacher of ‘Gandhigiri’ – the practise of Gandhi’s ideals.

The film is said to have led to many following his habit of wishing ‘Get well soon’ to the corrupt and morally degraded. Outstanding performances, great jokes, a coherent story and excellent English subtitles take us through this story of social mobility and the importance of holding on to core values while learning to get ahead in a changing world.

The release of Chak De! India was well timed for the 60th anniversary of Indian independence. Our hero is hockey player Kabir Khan (Shahrukh Khan), who allows Pakistan to defeat India after missing a shot. As he is a Muslim, people start to accuse him of deliberately allowing Pakistan to win. He finds redemption in coaching the Indian women’s hockey team to victory over Australia.

This is probably the only film with the superstar Shahrukh Khan where he does not have any romance or married life, and where the other major characters are played by little-known stars. The female players are cast from different states across India, confronting both regional prejudices and gender discrimination. 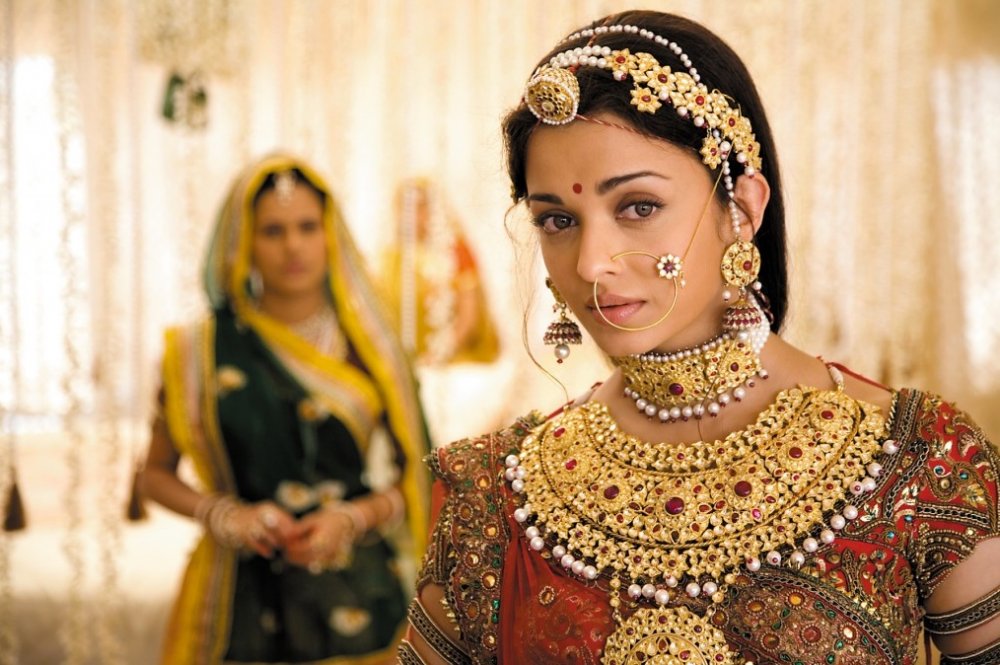 The stories of India’s great Mughals are as popular and as mythologised as their English contemporaries, the Tudors. One of the most dramatised in film and theatre is the story of Prince Salim’s love for the slave Anarkali, the most famous version being the 1960 classic Mughal-e-Azam, in which Akbar is a stern father figure. However, Akbar is best remembered today as the Indian-born Mughal who sought to find a syncretic faith and is popularly held to have sought Hindu-Muslim unity.

Many of the myths about Akbar are found in this spectacular 2008 drama detailing his marriage to a Rajput princess, which plays out as a Muslim-Hindu romance. Sumptuous costumes abound, as do spectacular palaces and thrilling battle scenes. Featuring 1,000 dancers, a staggering parade unfolds in ‘Azeem-o-Shaan Shahenshah’, a song to celebrate the cut in the tax on non-Muslims, during which the states of India present arms to the emperor.

Anurag Kashyap was famous before he turned to directing, less for his acclaimed scripts, notably Satya (1998), than as a personality who was given to making quotable statements in interviews. His first film, Paanch (2003), has still not been released because of censorship problems, while subsequent films including Black Friday (2007) – about the 1993 Bombay bombings – have similarly upset the censors because of their violence and politics.

An epic crime film set amid the coal mafia of Dhanbad, Gangs of Wasseypur is his finest film to date. Laced with fast-paced violence and Tarantino-esque humour and comedy, it boasts terrific performances from its ensemble cast, telling the story of three warring families across the decades from the 1940s to the 2000s. Gangs of Wasseypur was selected for the Directors’ Fortnight of the 2012 Cannes Film Festival. 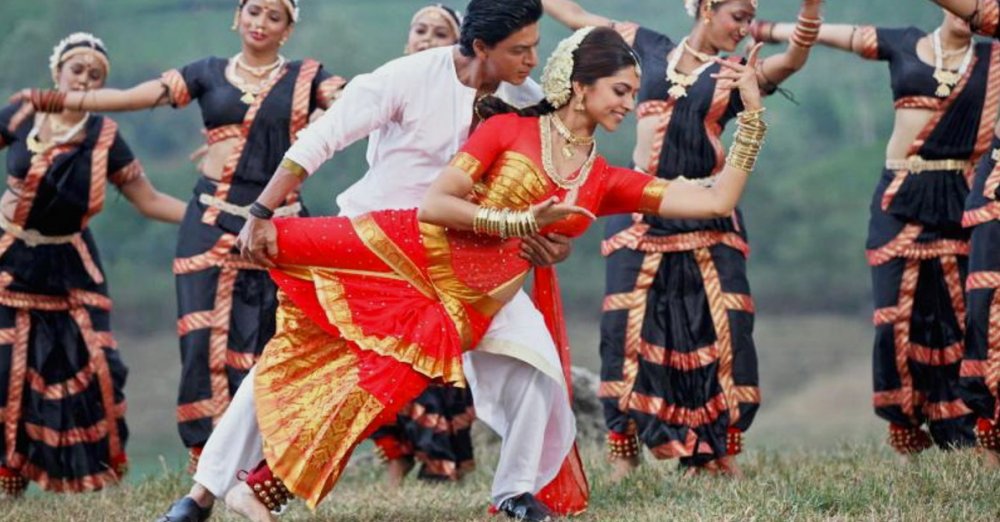 Rohit Shetty’s films are seen as pure and simple comedies, which is why Chennai Express was well-received despite its ludicrous caricatures of language and regional difference, making fun of south Indians. Throughout this highly enjoyable silliness, the film raises important issues, not just about language, but about the relationship between Mumbai’s Hindi film industry and films made in the south Indian languages: Tamil, Telugu, Kannada and Malayalam.

The heroine is played by south Indian actor Deepika Padukone, who has subsequently become one of the biggest stars of Hindi cinema, while the hero is Shahrukh Khan, who has defined the romantic hero in Hindi cinema for many years. The film ends with the famous ‘Lungi Dance’, which pays tribute both to the lungi (a southern Indian garment) and the superstar of Tamil cinema, Rajinikanth. 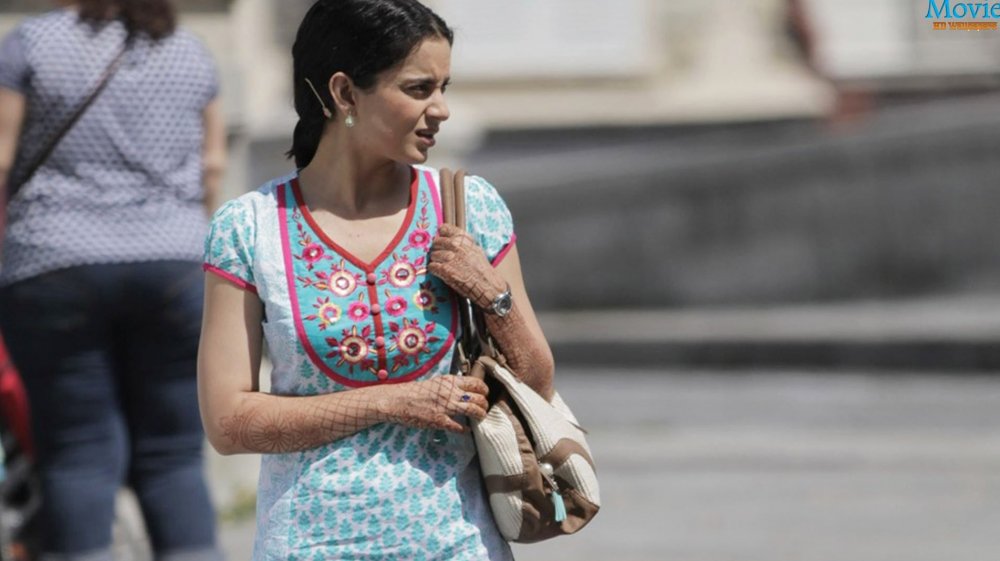 It is still unusual for a heroine-led film to be declared a super-hit, but Kangana Ranaut established her box-office status in a film with no lead male role nor another major star. She plays a middle-class Punjabi girl from Delhi, who is jilted just before her marriage but decides to go on a solo honeymoon. Her adventures begin in Paris, where she visits bars with her new friend, then in Amsterdam where she has three male flatmates from different countries. She wins a competition by selling Indian street snacks, finding her self-confidence before returning to Delhi.

Queen is a typical Bollywood format, but with no guaranteed star, a fresh theme and a realistic style. It touches on a range of emotions over and above the main comedy theme, and is open to queer readings in its reconsideration of gender and a journey in search of the self. The music was vital to the film’s success, including the old song ‘Hungama Ho Gaya’ and the catchy ‘London Thumakda’. 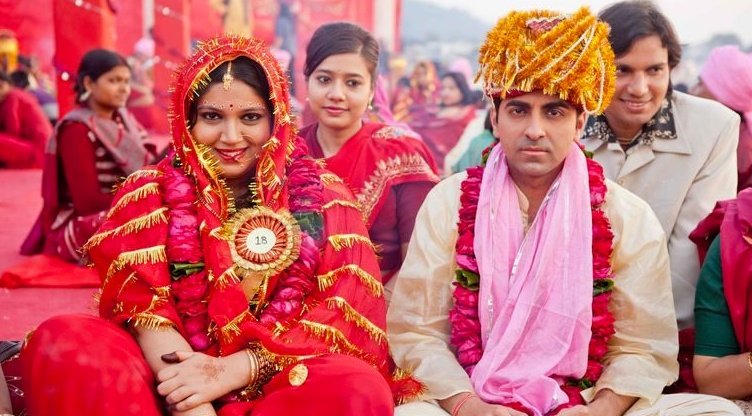 A film with a plus-sized heroine seemed another unlikely proposition for a hit film. Set in the pilgrimage city Haridwar in 1995, the year the modern classic Dilwale Dulhania Le Jayenge was released, it stars Bhumi Pednekar as Sandhya, who has an arranged marriage to a man who finds her unattractive, while she is more educated than he is.

The husband works in a music cassette shop, but is unable to see technological change coming. He mocks their sexual relations in public so she leaves him, while he decides to improve his education. As they move towards divorce, they enter a wife-carrying competition, which they win, despite her weight. Dum Laga Ke Haisha ends with a song sung by 1990s singer Kumar Sanu, adding to the feel of the time. An engaging film, which gently raises issues without being didactic.

An all-time blockbuster hit featuring superstar Salman Khan and Kareena Kapoor Khan (in a fairly small role). A Hindu nationalist, Bajrangi, finds a mute girl at a fair. The audience knows that she is a Pakistani who was lost when she came on a pilgrimage to Delhi. Her origins are discovered through a series of customs and taboos, where she shows she eats non-vegetarian food, prays like a Muslim and supports the Pakistan cricket team.

Bajrangi’s love for the girl leads him to resolve to return her to Pakistan, but first he has to overcome his own prejudices. The film plays on the star persona of Salman and his flair for comedy and pathos, with catchy songs elaborately staged, also showing the Muslim elements of Delhi to which Bajrangi has hitherto been oblivious.