As Joanna Hogg dramatises her own experience as a young filmmaker with The Souvenir, we take a look back at 10 other great cinematic autobiographies. 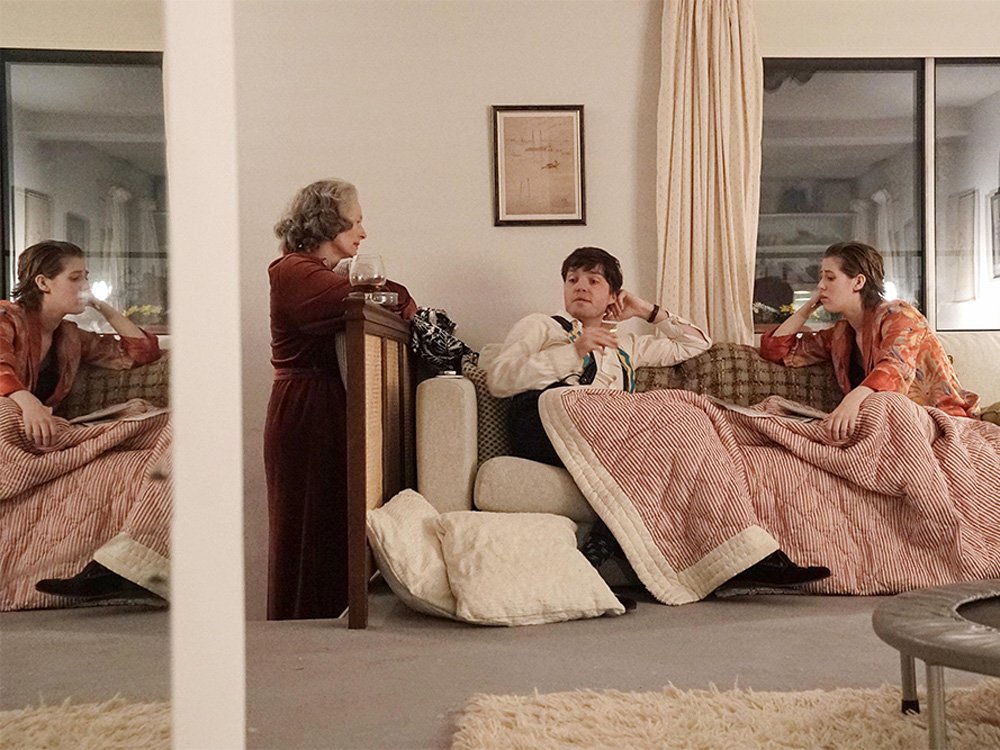 The Souvenir is in UK cinemas from Friday 30 August

The cinema screen is a window, but it can also be a mirror. Every filmmaker takes inspiration from the world around them; just a few have the honesty, audacity and/or ego to turn their life stories into art. As Joanna Hogg releases her starkly autobiographical new work The Souvenir – and in the wake of Pedro Almodóvar’s equally self-examining Pain and Glory (2019) – we take a look at some of the most notable films taken directly from a filmmaker’s own experience.

Dramatised autobiography in early cinema was relatively rare – the first audiences wanted spectacle, not everyday reality. And even when filmmakers did draw on their own histories these tended to be heavily stylised, as with Jean Vigo’s groundbreaking Zéro de conduite (1933), a deeply misunderstood film in its time.

But three decades later Vigo’s masterpiece would prove a vital influence on one of the most widely seen autobiographical movies, Les Quatre Cents Coups. François Truffaut’s frank evocation of his own childhood arrived right on the cusp of the Me Generation, joining popular works of art, music and literature in taking inspiration from the self; attempting to make the personal universal.

In the decades since, autobiographical dramas and documentaries have only increased in popularity – for younger filmmakers they’re a direct route to self-expression; for more experienced directors they can be the perfect cap on a storied career. And while these films can fall prey to indulgence, autobiography has produced more than its share of masterpieces. Here are 10 of the very best. 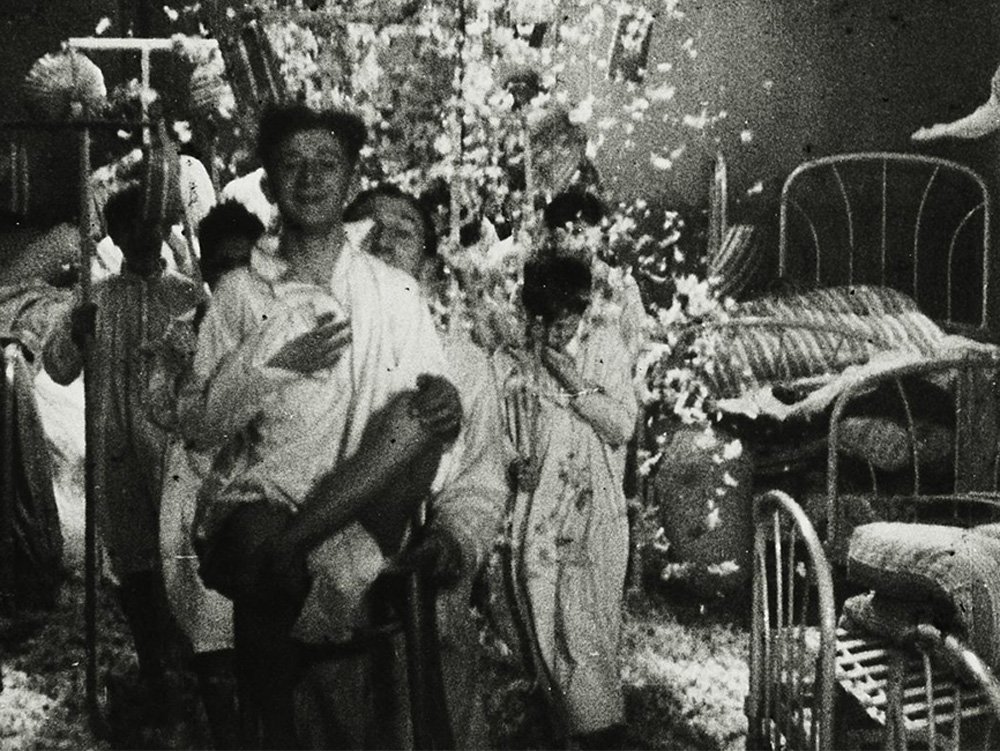 Opening with white titles over a soundtrack of schoolkids bellowing like animals, Jean Vigo’s 40-minute epic is looser and more free-spirited than almost any other film of its era. But Zéro de conduite (or Zero for Conduct, the mark given by teachers for bad behaviour) is also more intimate and personal than was fashionable at the time, drawing directly on the young writer-director’s years at a French boarding school and basing the four central characters on his friends and himself.

Depicting childhood as a time of anarchistic rebellion against repressive authority, Vigo’s film was immediately controversial – one review compared it to “lavatory flushing”, while the French Ministry of the Interior banned it for 12 years, citing the film’s potential for “hindering the maintenance of order”. Vigo would create one more extraordinary film – the 1934 classic L’Atalante – before his death from tuberculosis at the age of 29. 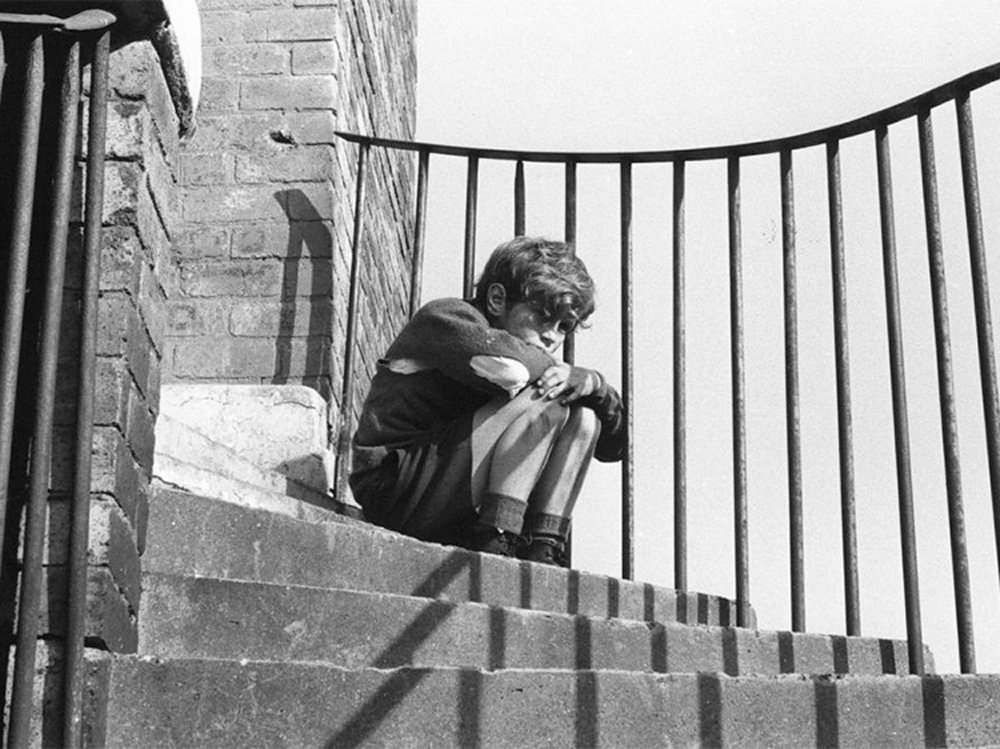 On the evidence of his unflinching trilogy of autobiographical dramas – My Childhood, My Ain Folk (1973) and My Way Home (1978) – it’s a marvel that Scottish filmmaker Bill Douglas survived at all, let alone went on to a successful career in cinema. Shot in the grainy, austere monochrome of wartime news footage and told with the simplicity of a religious parable, My Childhood follows 10-year-old Jamie, the child of an absentee father and a mentally damaged mother, growing up in the coalfields of Newcraighall near Edinburgh (later films would see Jamie consigned to a childrens’ home, before finding solace in friendship and self-expression).

This is autobiography as expiation, a chance for Douglas to confront and exhume the grim spectres of his past. But these stories are universal too, and powerfully political: taken together, the trilogy is both a compassionate call to action and a lament for all the world’s abandoned children. 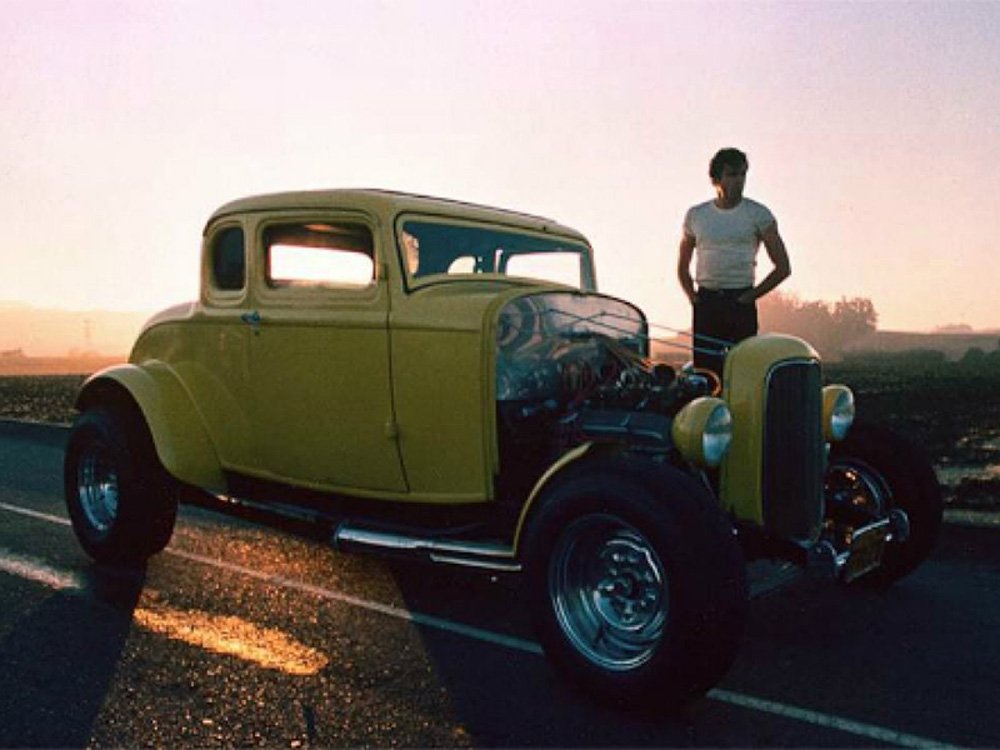 Barely a decade had elapsed between the events depicted in George Lucas’s wistful second feature and the film’s production. But already, the early 60s had come to seem like the distant past, a pre-Vietnam, pre-revolutionary era of innocence and freedom (at least for straight, white American boys).

Loosely fictionalising his own high school graduation night, Lucas recreates the drag-strip culture of Modesto, California in 1962, where diner waitresses wear rollerskates, the Beach Boys are permanently blasting from tinny car stereos and the worst trouble you could possibly get into is a dust-up with a greaser gang. Shot on a shoestring but a massive hit with audiences, the film single-handedly sparked a wave of baby-boomer nostalgia that led to everything from Happy Days to Showaddywaddy. Its success also gave Lucas a blank cheque for his next project, a little space movie for kids. 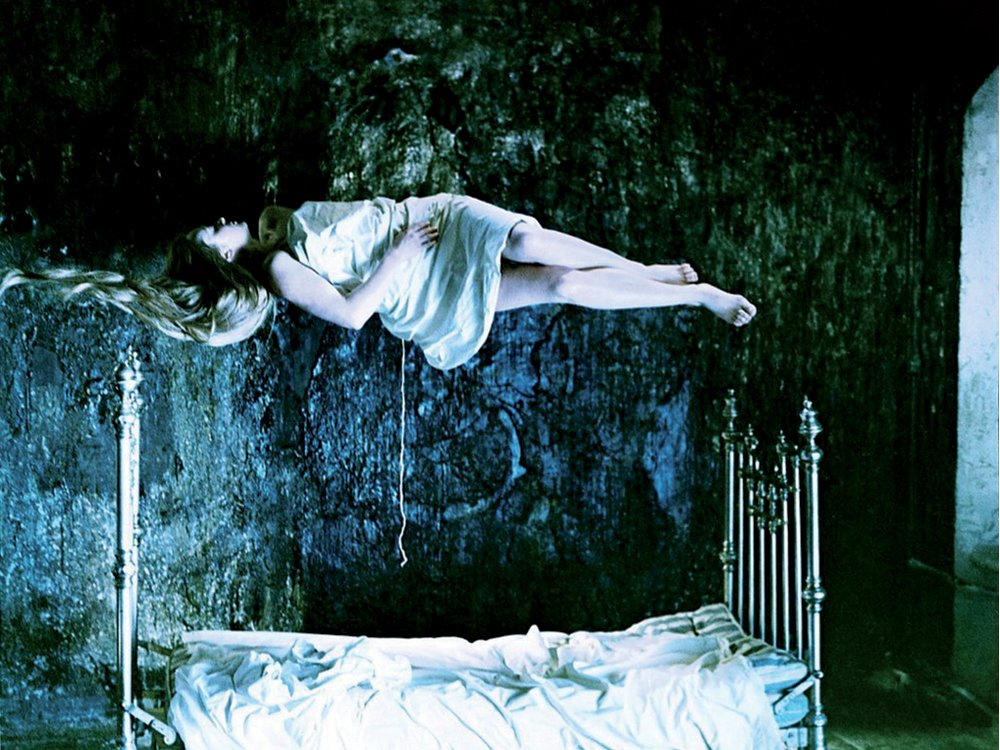 Widening the concept of autobiography to include members of his own family – his poet father Arseny Tarkovsky, his mother Maria Vishnyakova – and ultimately the entire Russian populace in the 20th century, Andrei Tarkovsky’s most oblique and wondrous film is aptly named. Here the idea of the lens as a reflective surface reaches its apotheosis – but this mirror is a broken one, the film a shattered series of reflective fragments tied together with strands of poetry and haunting images of a dying man.

The result is unique and gripping as Tarkovsky unites the personal and the political, shifting from colour to monochrome, from the present to the past, from dream to reality. Of all the autobiographical films on this list, Mirror most perfectly evokes the actual experience of memory – its unpredictability, its ungraspable beauty, its poignancy. 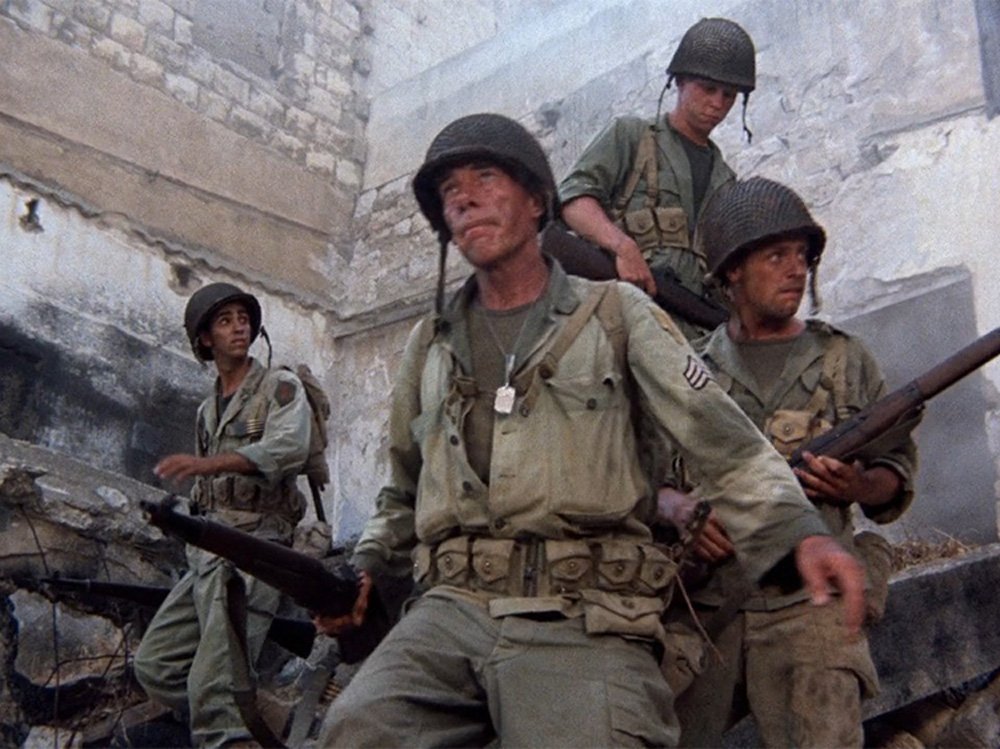 Independent maestro Samuel Fuller drew on his experiences as an infantryman in the Second World War for this abrasive episodic epic. Named for the emblem of the US First Infantry, the film follows a platoon of American soldiers from the relative innocence of the North Africa campaign through the battlefields of Sicily, Normandy and the Rhineland to the liberation of the concentration camps.

Carelessly re-edited for its initial release and only restored three decades later, it’s an unforgiving and often unsettling watch, flipping from hardboiled humour to heroic action to abject horror, caught somewhere between admiration for the men who fought, regret for their sacrifice, respect for the achievements of the US military and outright disgust at humanity’s ruthlessness. It also contains some of the most surreal and striking scenes in cinema, from a pitched battle in an active mental ward to the birth of a baby in the belly of a marooned tank. 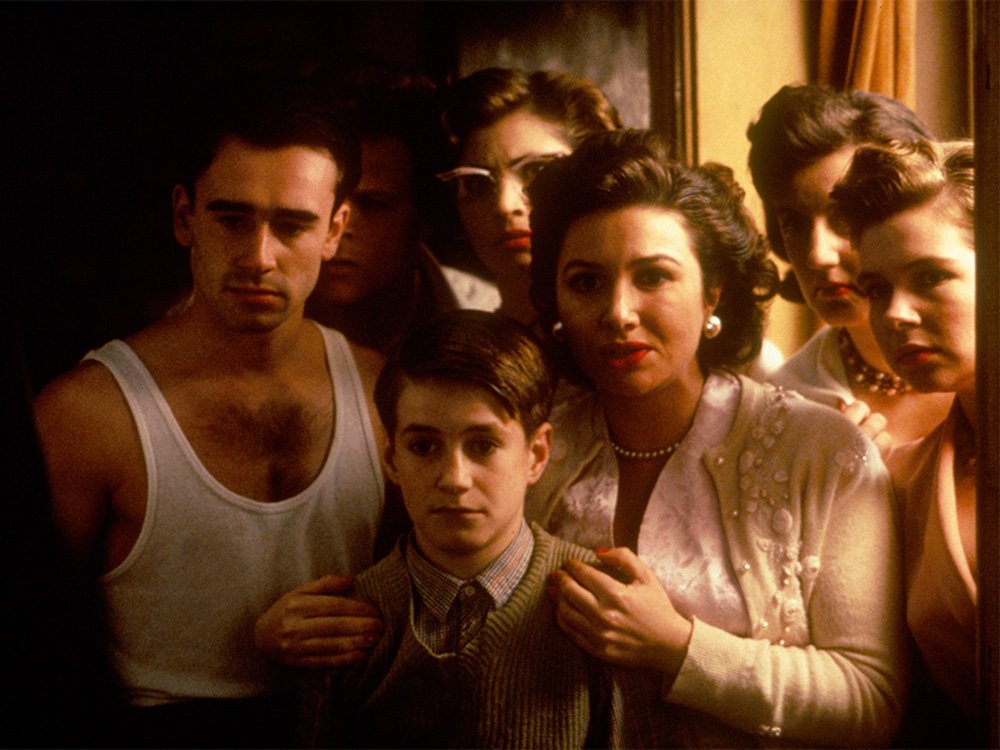 Taking inspiration from the great Bill Douglas, Terence Davies is another British filmmaker whose best work is inspired by his personal history. From his breakthrough feature Distant Voices, Still Lives (1988) to Liverpudlian love-poem Of Time and the City (2008), Davies mined his childhood as a working-class boy from a tight-knit Catholic family for every ounce of pathos.

A loosely structured companion piece to Distant Voices, The Long Day Closes is a more evocative, experiential film than its predecessor, immersing us in its young hero’s sensual world; what he sees, touches and especially what he hears (this is a film filled with music, from grand opera to film musicals to singalongs in the pub). Davies knows every inch of these streets, every thread of every gown, every note of every tune – and the result isn’t so much autobiography as recreated reality. 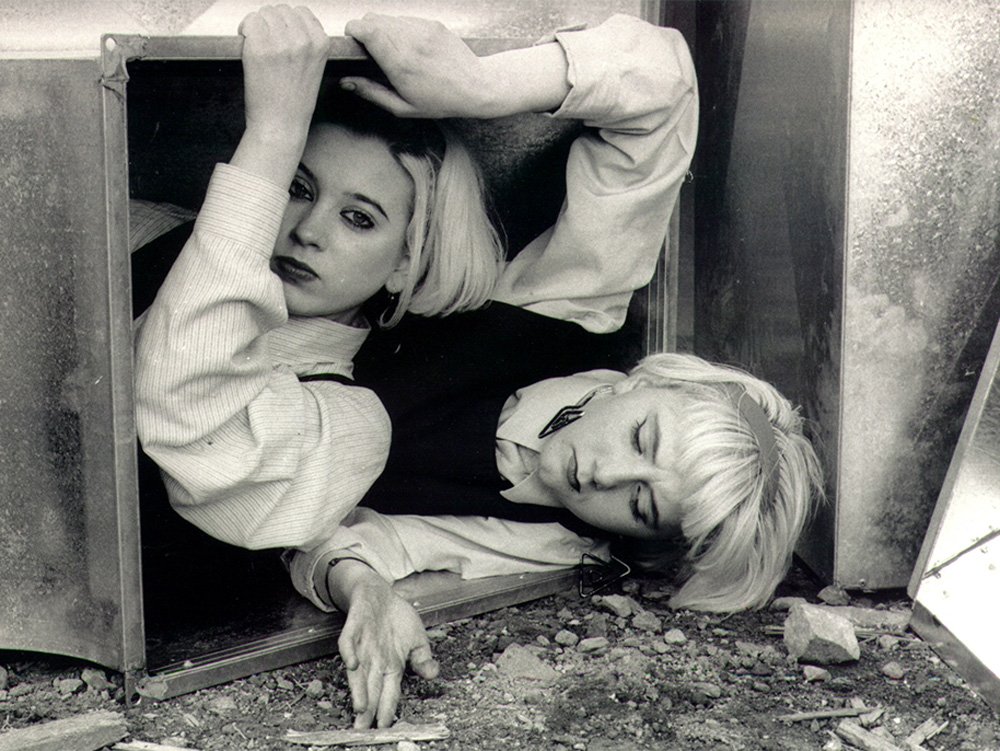 Am I the person I believe myself to be? That was the question posed by Carol Morley as she embarked upon The Alcohol Years, a brutally honest documentary in which she explores her own misspent youth with the aid of friends from the time, many of them rediscovered via a series of personal ads placed in the Manchester press. Morley wanted to know – needed to know – if she was as much fun to be around as she thought she was at the time or, as she suspected, just a messy drunken nightmare.

The process of discovery is what drives the film – this is autobiography as detective work, as Morley pieces together a period of her own past that she’s managed to almost entirely forget. It’s also a fascinating depiction of Manchester in the post-industrial, pre-Hacienda 80s – a city that, like Morley herself, has fought to escape its past. 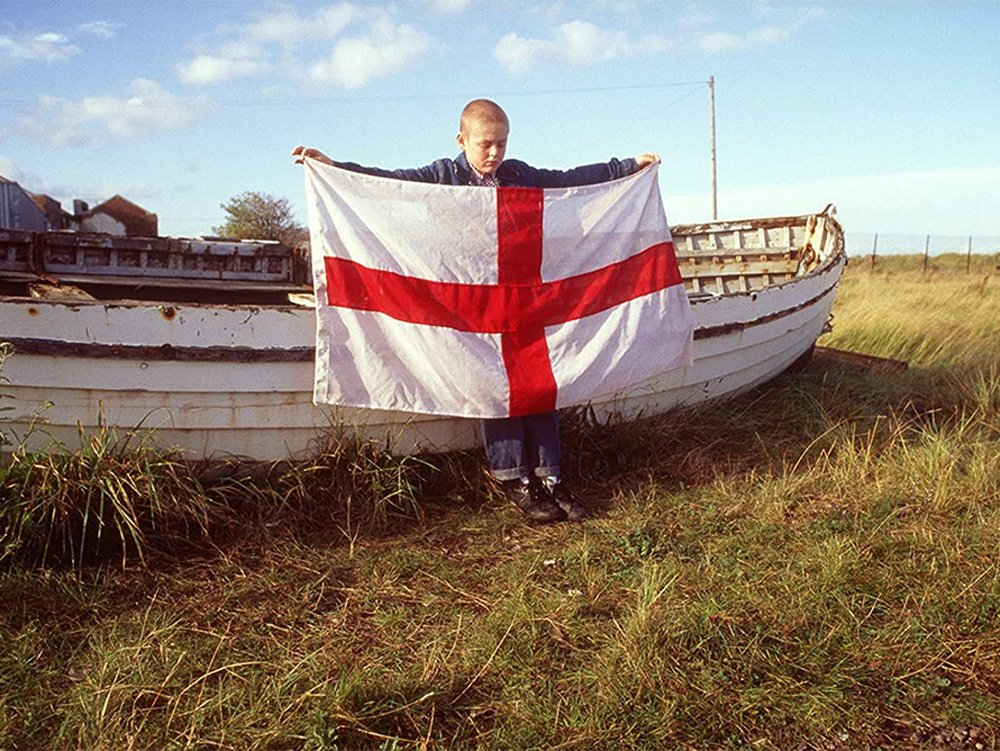 Shane Meadows had flirted with autobiography before – both TwentyFourSeven (1997) and A Room for Romeo Brass (1999) were inspired by his Midlands childhood – but This Is England was more direct than either. The main character’s name is a slight giveaway: Shaun Fields is a lonely suburban adolescent who finds friendship with a gang of good-natured skinheads, only to be drawn into a subculture of white nationalism and mob violence.

What makes This Is England fascinating is that Meadows didn’t stop there, spinning off three additional long-form TV series in which the characters – initially based loosely on real people – took on lives of their own, the focus shifting until his alter-ego Shaun became almost a side-player in his own story. The result is something far more ambitious and affecting than simple autobiography – an epic but still fiercely personal examination of working class lives in the 1980s. 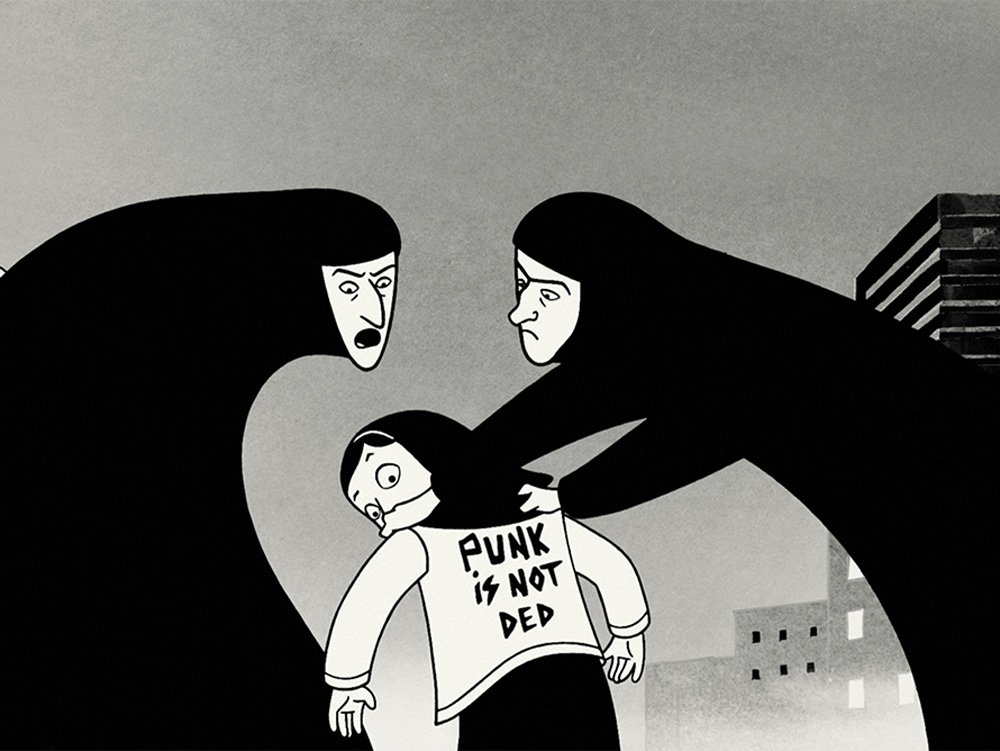 Autobiographical animation is relatively rare, but in 2007-08 a pair of films – French-Iranian coming-of-age tale Persepolis and Israeli war memoir Waltz with Bashir – turned traumatic memories into expressive animated art. Of the pair, Persepolis is perhaps the more approachable, recounting the story of rebellious, middle-class Iranian adolescent Marji as her family are uprooted and driven into exile by the Islamic revolution.

Based on co-director Marjane Satrapi’s own comic book, the film utilises the same monochrome graphic style – but for added realism, Satrapi would act out every scene for her team of animators, giving them a physical framework to work from while ensuring that the film remained as directly autobiographical as possible. The result drew inevitable condemnation from the Iranian government and protests in Tunisia, plus, bizarrely, complaints from American parents, who found its depiction of religious oppression too harrowing for their precious offspring. 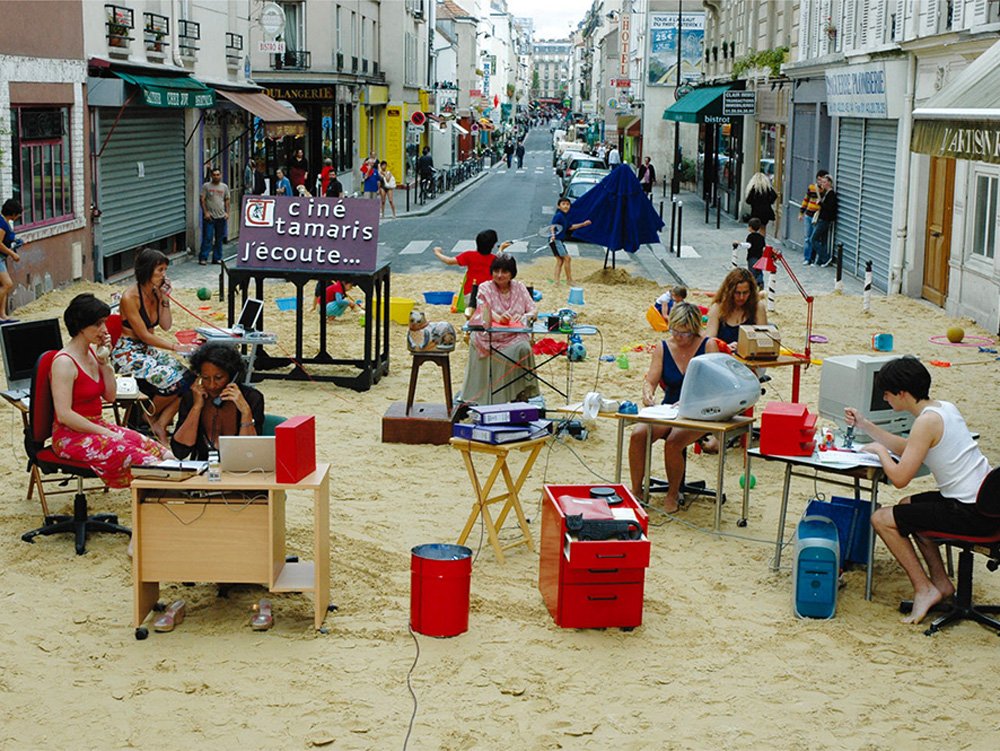 Reinventing and revitalising the autobiographical documentary, Agnès Varda’s late-period films are playful, poignant and richly imaginative, almost a genre unto themselves. The Beaches of Agnès is as much a junk-shop collage as a documentary, mixing up old photos, home footage, movie images and digicam travelogue to examine the director’s own past, from childhood holidays in Belgium to (modest) fame as a photographer, artist and new wave filmmaker.

In the hands of a less skilful, more self-important director – as opposed to a self-described “little old lady, pleasantly plump” – this might have been insufferable. But Varda is a joy to spend time with, roving the thrift markets of Paris and setting up a mirrored art-show on the beach, revisiting the tiny port where she and her family sheltered on a houseboat during the war, while generously opening up her overstuffed memory-box and inviting us to rifle inside.