With female directors finally beginning to get a foothold in the world of feature animation, we sketch out the rich history of women animators. This includes the first (still existing) animated feature made by anyone… 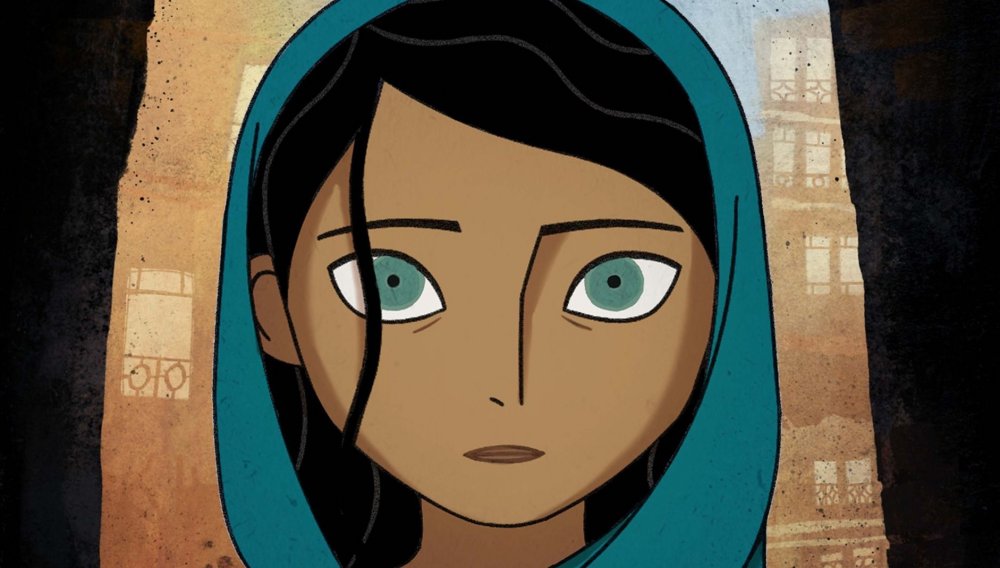 The Breadwinner is currently in cinemas.

Buy tickets for The Breadwinner at BFI Southbank

In the golden age of US animation in the 1930s and 40s, women were famously relegated to the ink and paint departments at the Disney studio and to date only one Hollywood animated feature film has been solely directed by a woman (Jennifer Yuh Nelson – Kung Fu Panda 2).

Happily, if belatedly, things are showing signs of change in the industry. Pixar’s upcoming short Bao is its first to be directed by a woman (Domee Shi), for example, and several recent feature animations have been co-directed by women. Perhaps due to this historic sidelining of talented women by the animation industry, female animators have tended to find more opportunities for creative expression in the independent sector. So, while many of them may not have made it to the multiplex, over the past 90 or so years women have made countless extraordinary, ground-breaking and award-winning short and feature-length animations.

The list below just scratches the surface of the riches of animated films directed by women around the world and offers a taste of the diverse work of female animators, from abstract to commercial in a variety of animation styles and techniques.

German animator Lotte Reiniger was one of animation’s true pioneers. She invented new techniques and technologies and made the first animated feature film (more than 10 years before Disney made Snow White) that still exists today (earlier films were made in Argentina, but these have been lost).

The Adventures of Prince Achmed is probably the best-known example of Reiniger’s signature style of cut-out silhouette animation. The characters were each individually, painstakingly cut out by hand by Reiniger using scissors and animated frame by frame to create this fairytale that takes narrative elements from One Thousand and One Nights.

This was to be Reiniger’s only feature-length film. She continued to make short films and commercials for the rest of her life, in Germany and then in Britain where she settled with her husband, Carl Koch, after the Second World War. 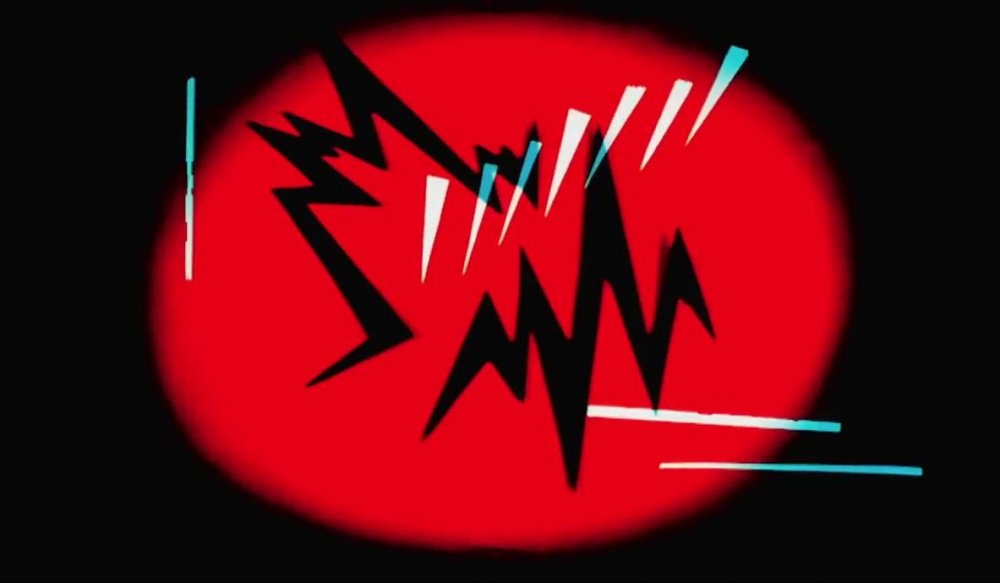 Another significant figure in the history of animation, Mary Ellen Bute was a pioneer of a type of animation called ‘visual music’. She was one of the first American filmmakers to explore abstract animation and one of the earliest women in the world to work in experimental animation. Between 1934 and 1959 Bute made 11 abstract films, many of which screened at Radio City Music Hall in New York City.

Animators who worked in visual music saw animation as a means of visually representing the relationship between different musical notes, tones and timbres. In Tarantella, Bute animates the musical concept of dissonance to the music of Edwin Gerschefski through abstract imagery in blue, red and white tones.

Bute would later pioneer early techniques in computer animation when she began using an oscilloscope to create the patterns for her films, for example in 1954’s Abstronic.

American-born Caroline Leaf made this beautiful, evocative short film, which tenderly captures the unique perspective of childhood, during her tenure at the National Film Board of Canada. Known in particular for her fluid style of animation, Leaf is most often associated with techniques of ‘direct animation’ that involve drawing under the camera – processes that entail overwriting one image with another – in various media such as sand, paint, or even scratching directly onto the film.

The paint on glass technique Leaf used in this film lends it an ephemeral quality that matches the story – an adaptation of Mordecai Richler’s autobiographical recollections of his childhood in Montreal’s Jewish community. A boy covets the bedroom occupied by his sick, dying grandmother, unaware of the greater ramifications of the situation on the wider family. The film is widely celebrated and was nominated for an Academy Award.

Watch a trailer for Asparagus

Suzan Pitt’s dialogue-free surreal animation explores female sexuality and identity. Asparagus is dreamlike and episodic in its structure – one idea prompting the next in pattern of circular associations. Refusing any straightforward interpretation, it engages with ideas around creative expression and inspiration; part of the film takes place in a theatre, for which Pitt constructed a 10-foot set, complete with 200 miniature seats and an audience of fidgeting clay puppets. The rest of the film was made using psychedelically-hued cel animation.

Pitt, like many animators, is an artist who works across different media and Asparagus can be seen as an evolution of Pitt’s earlier paintings, which she has described as ‘visual poems’. After premiering at the Whitney Museum of Art, Asparagus played for two years alongside David Lynch’s Eraserhead (1977) in midnight screenings in Los Angeles and New York. 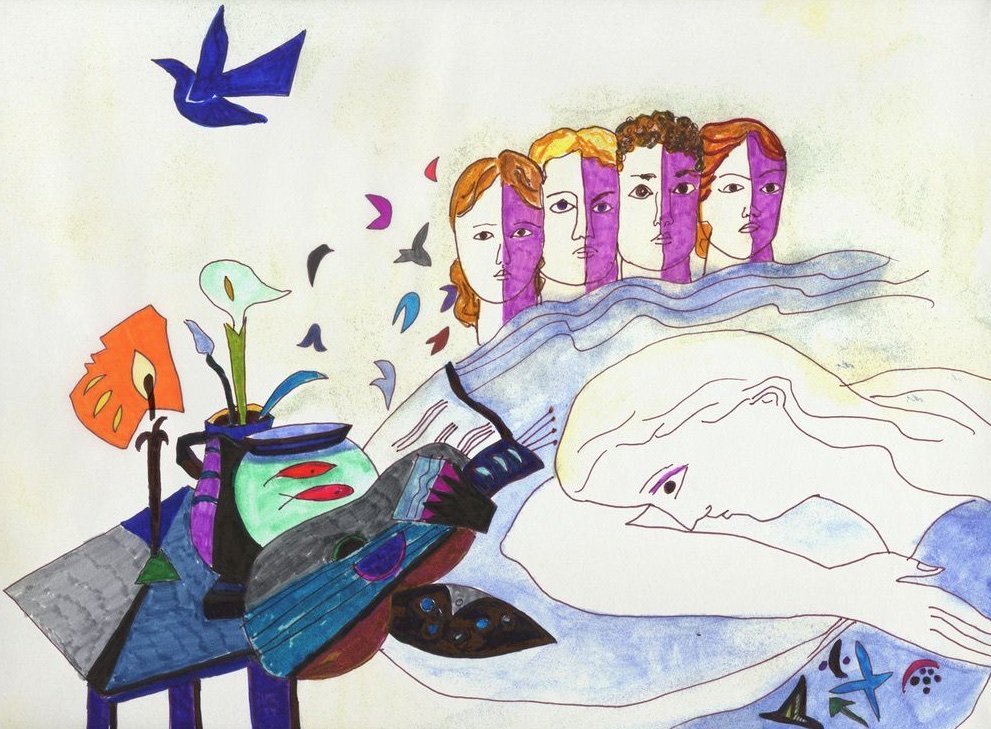 Like many female animators, Faith Hubley worked in partnership for much of her career with a man – her husband John Hubley, with whom she worked from the late 1950s. Together they won several Academy Awards and made independent and commercial animation, often on political themes and using a style of animation that consciously broke with the dominant Disney aesthetic of the 1940s, a studio that John Hubley left after the bitter strike in 1941. Creatively overshadowed by John during his lifetime, Faith went on to have a long and fruitful solo career after his death in 1977.

My Universe Inside Out displays Faith’s signature style of Miro-esque hand-drawn animation and demonstrates her interest in primitive art and cosmic spirituality. It’s an autobiographical film that impressionistically recalls her life from her own birth to that of her grandchildren and her long encounter with cancer.

Watch an extract from Did I Say Hairdressing? – I Meant Astrophysics

Metaphors and wry analogies abound in this film, made by the women’s animation collective the Leeds Animation Workshop, which lives up to its brilliantly witty title. Intended as an educational film to encourage more women into careers in science and technology, it subverts the themes seen in many traditional stories when twins Joanne and Joseph push against the gender-defined roles enforced by their ‘great man of science’ father, Zod. Due to their physical likeness, Jo and Joe are able to impersonate each other to flout preconceptions regarding what women should and shouldn’t do.

The appealing style of animation, reminiscent of storybook illustrations, works in tandem with Alan Bennett’s deadpan voiceover to deliver a progressive, persuasive and highly entertaining political message about gender equality.

Watch An Eyeful of Sound

This is a 10-minute animated documentary that offers real insight into what it’s like to have audiovisual synaesthesia. The film includes snippets of documentary soundtrack recordings of interviews with people with synaesthesia who describe their sensorial experience of the world, for example when hearing sound prompts them to see colour. British animator Samantha Moore collaborated closely with her participants to make sure that she was accurately conveying their experience through her semi-abstract animation, and as such the film is effective and evocative – its soundtrack and visuals working in tandem to become a kind of synaesthetic experience for the viewer.

Prior to this film Moore made several other animated documentaries and has continued to work in this vein, often collaborating with organisations and institutions such as the Wellcome Trust.

Watch an extract from Get a Horse!

Disney’s Get a Horse! is notable for several reasons. It was the first appearance of Mickey Mouse in a short film for nearly 20 years and it re-introduced Oswald the Lucky Rabbit, the character Walt Disney lost the rights to in 1928. But also, it’s the first Disney short film to be solely directed by a woman – Lauren MacMullan.

The short combines 2D hand-drawn and computer-generated imagery in a way that showcases Disney’s animation history. The first part of the film cleverly reconstructs the look and sound of the early Disney black-and-white cartoons, to the extent that it even remasters archival recordings of Walt’s voice as Mickey, before Mickey and his cohort break into the brightly coloured world of CG animation. The short was released in cinemas alongside the juggernaut that was Frozen, and went on to win the Oscar for best animated short.

Špela Čadež is a Slovenia-based animator whose work is gaining increasing recognition, thanks to her 2017 short Nighthawk, which is still doing the festival circuit rounds to wide acclaim, and her animated recap of the hit Netflix series Orange Is the New Black – Unraveled.

In 2013’s Boles, which is based on Maxim Gorky’s story Her Lover, Čadež uses stop-motion puppet animation to tell the story of the encounters, possibly imaginary, between a lonely writer and his lovelorn next-door neighbour. Oscillating between fantasy and realism, Filip’s struggles with his writer’s block are interrupted when his voluptuous neighbour Tereza asks him to type a letter to her boyfriend. The silicon construction of the puppets allows for a malleability often uncommon to stop-motion and the sets are beautifully realised, reminiscent in some ways of a doll’s house. 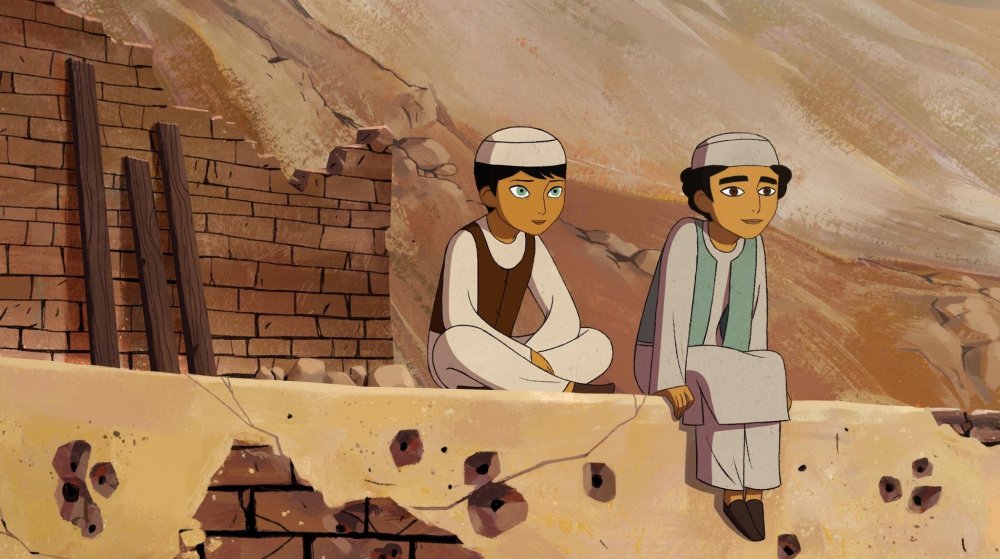 This extraordinary, beautiful feature film about an Afghan family struggling to survive in the patriarchal society of contemporary Kabul was directed by Nora Twomey and animated at the Irish animation production company she co-founded, Cartoon Saloon. The Breadwinner is based on the young adult novel by Canadian writer Deborah Ellis, and tells the story of 11-year-old Parvana, who bravely takes drastic action to support her family when her father is arrested by the Taliban.

With a journey to the screen aided by the support of the film’s executive producer, Angelina Jolie, The Breadwinner is the latest example of the growing strength of the Irish animation industry. Cartoon Saloon also made two previously Oscar-nominated animated films The Secret of Kells (2009) and Song of the Sea (2014), the first of which Twomey co-directed. Like its predecessors, The Breadwinner marries a timeless, bold animation style with an engaging story, this time centring on a young, female protagonist.