From Marvel adaptations to original screen heroes, these are some of our favourite black star performances in superhero movies. 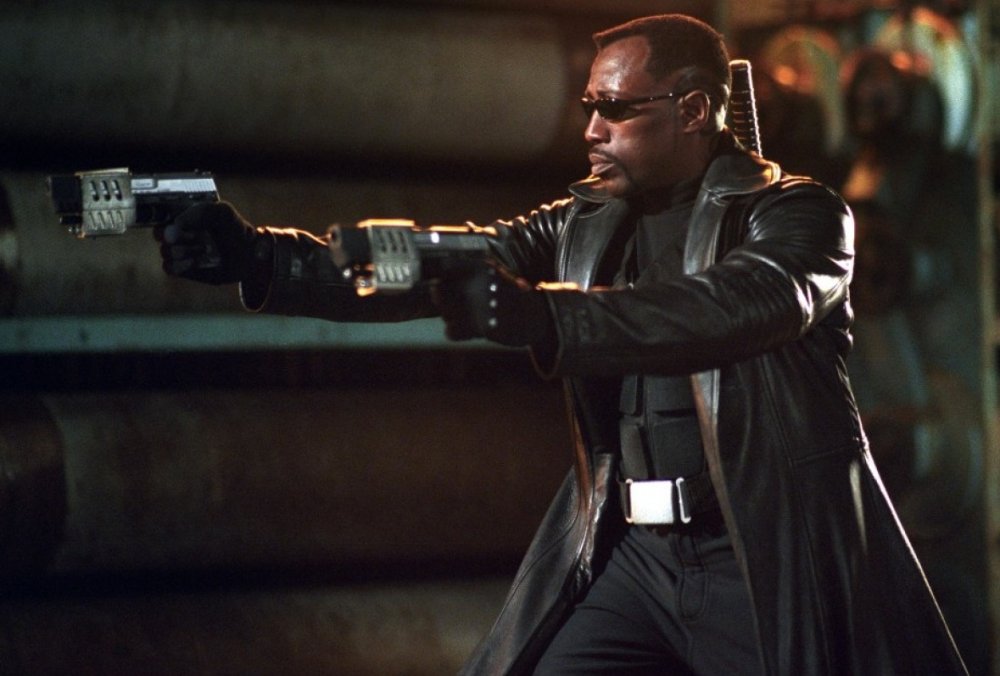 In 1998 Blade became the first Marvel Comics character to have a successful big-budget movie adaption, ushering in the current domination of the superhero in blockbuster filmmaking. The titular vampire hunter became perhaps Wesley Snipe’s signature role, but Marvel didn’t have another black lead character until Black Panther, the much anticipated new film from Ryan Coogler.

Before this, in mainstream films, black heroes tend to be tokenistic team members, or controversially race-swapped versions of originally white characters. Outside of adaptations though, they have fared better, with black stars creating their own heroes to play. Here are 10 notable black on-screen superheroes. 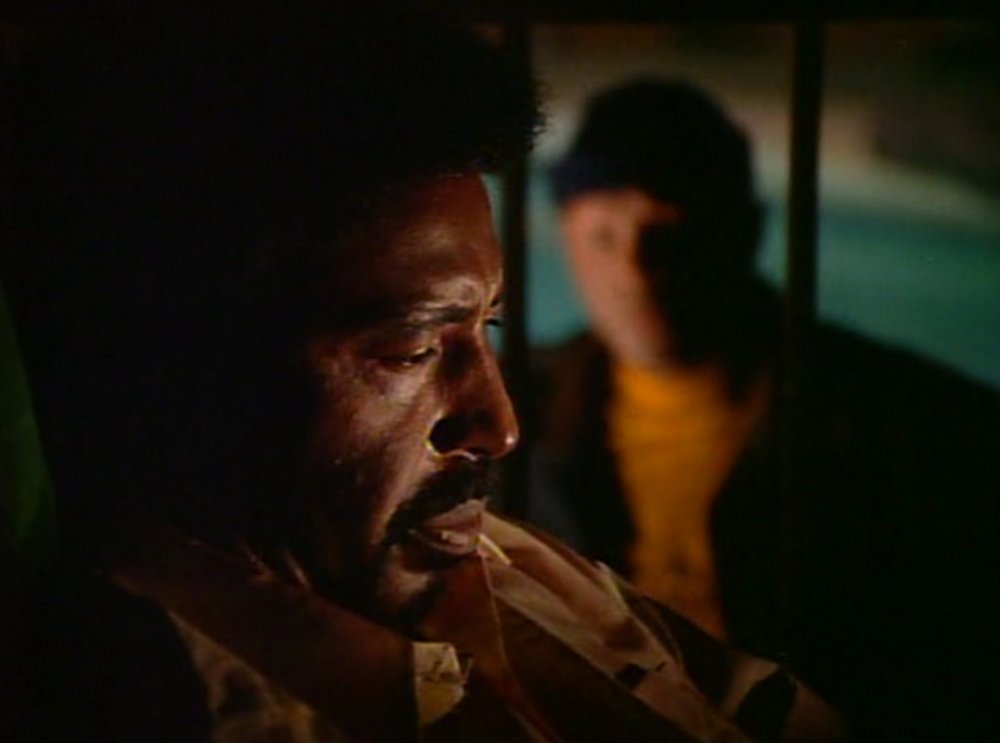 A year before Christopher Reeve first pulled up his tights, there was this blaxploitation oddity. A black scientist named Dr Kincade moves his family to a white suburb and spends most of the running time being hassled by his racist neighbours, while he works on a mysterious serum. It’s only in the final act that the super-powers show up, when he gives the serum to Abar, the head of an all-black biker gang. Abar then develops psychic abilities, becomes bulletproof, and stands up to the racists. 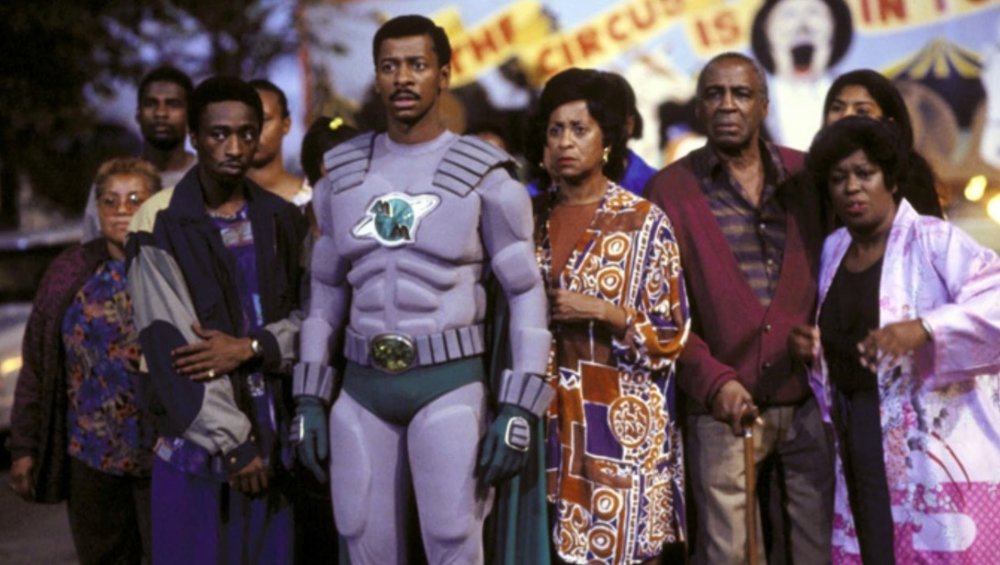 Best known for his movie industry satire Hollywood Shuffle, Robert Townsend wrote, directed and starred in this comedy adventure about an inner-city Washington DC schoolteacher who gets superpowers after being hit by a mysterious meteor. Meteor Man’s powers and costume might be rather generic, but what sets him apart is that he’s a hero trying to save his community, as opposed to the world. He shuts down crack houses, makes peace between the Crips and Bloods, and even uses his powers to create a giant garden in the projects. 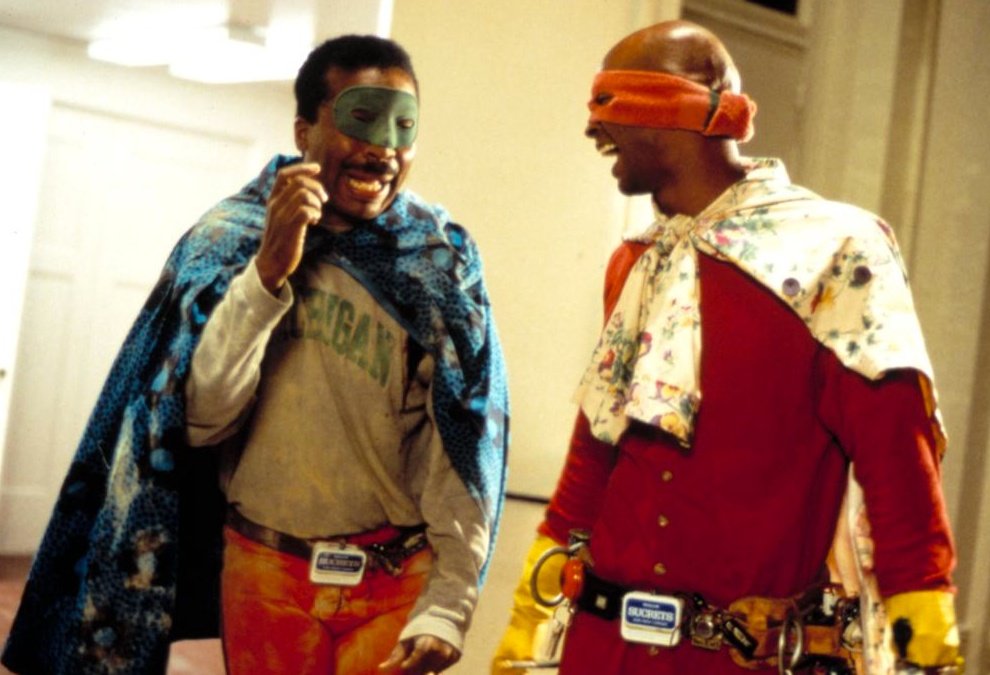 After making his name on the diverse TV sketch show In Living Color, Damon Wayans co-wrote and starred in this superhero spoof. Wayans plays a brilliantly clever yet socially awkward repairman who decides to become a crimefighter when his grandmother is killed. Essentially, it’s an extended pastiche of the 1960s Batman TV show, complete with a farcical utility belt, an animated opening, scene transitions with the Blankman logo, and even the famous onomatopoeic sound effects appearing on screen. 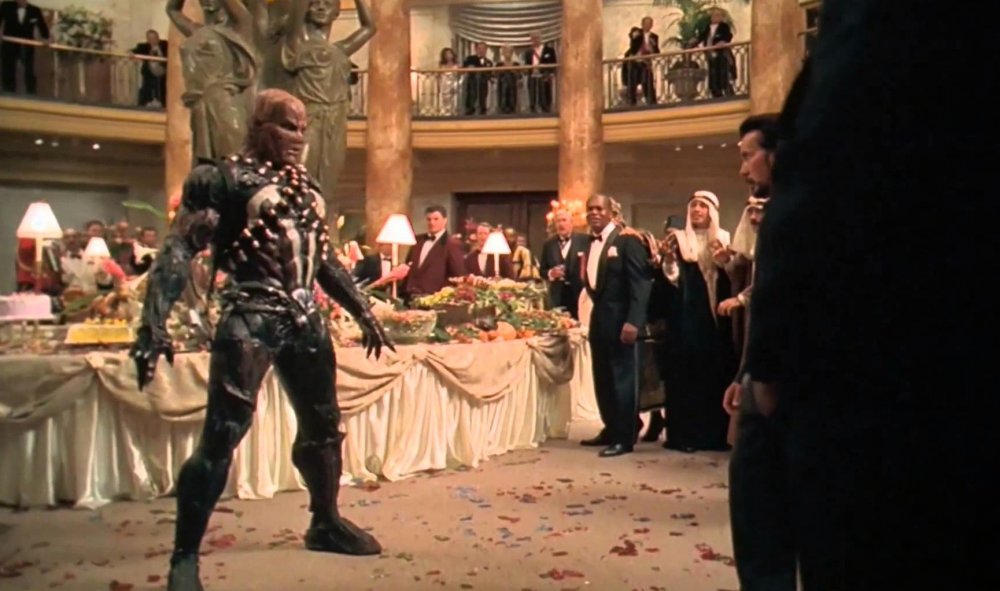 In the early 1990s, Todd McFarlane’s independent comic Spawn brought a dark supernatural edge to the superhero genre, as well as a rare African American solo hero capable of selling as many copies as Batman. Playing the title character should have been a major breakthrough for the extremely talented martial artist and actor Michael Jai White. Yet the medium budget failed to capture the uniqueness of McFarlane’s art, and all we were left with was 90s metal and John Leguizamo in clown makeup. White would later though become a cult favourite through straight-to-DVD fighting movies and the superb blaxploitation spoof Black Dynamite (2009). 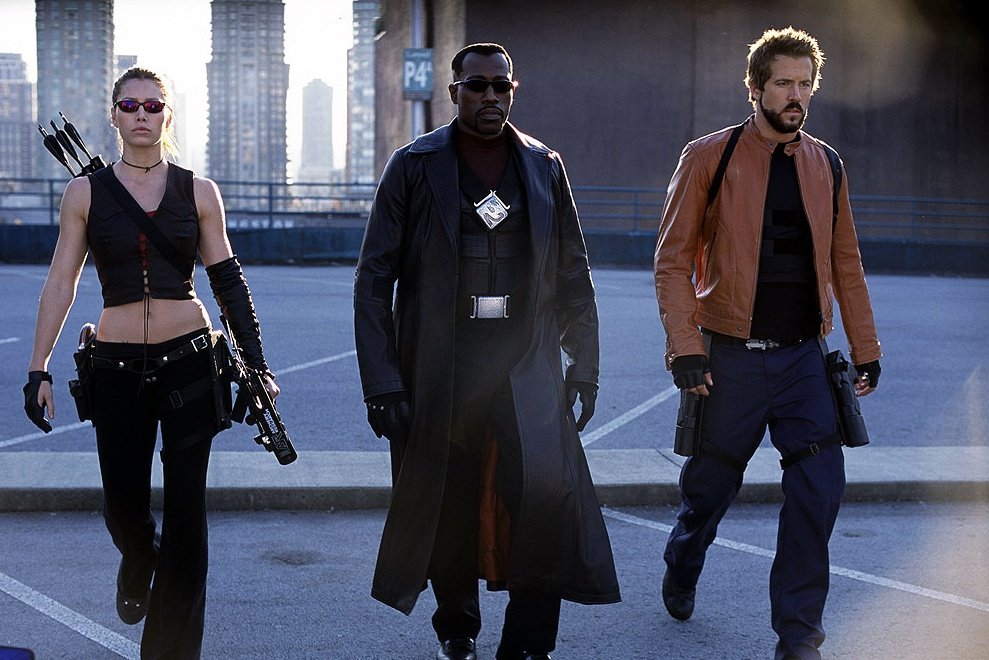 Blade feels like a film from a different era, where a comic book’s properties were melded to fit the image of a popular actor, as opposed to today’s seemingly post-star Hollywood, where the source materials are slavishly revered and adapted. Blade was originally a supporting character from Marvel’s 1970s Dracula series, but seeing Wesley Snipes hunting vampires at the peak of his fame makes it hard to believe the character wasn’t created for him. 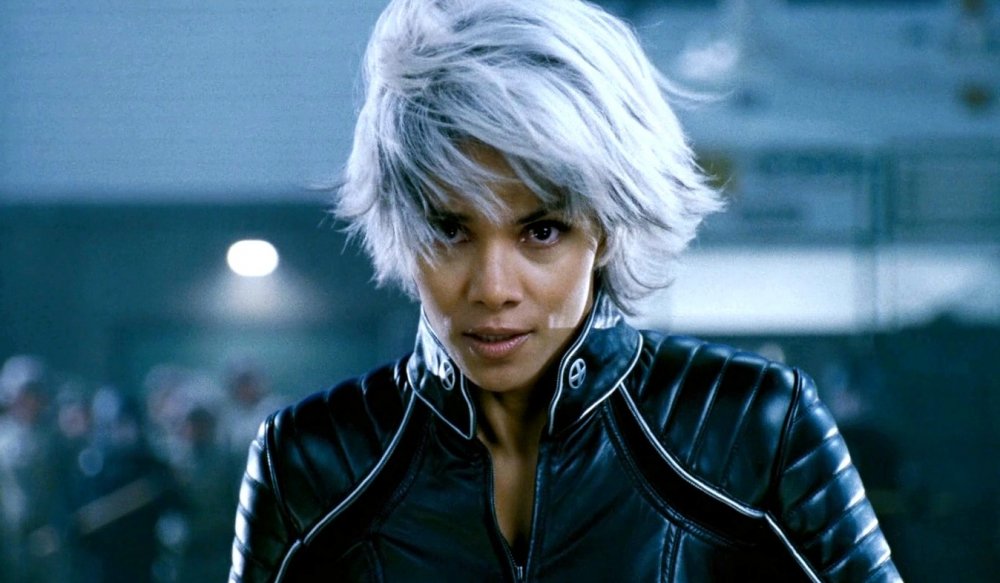 The weather-controlling African powerhouse Storm has always been one of the most iconic parts of the X-Men franchise, especially since her over-the-top (and honestly, pretty stereotyped) portrayal in the beloved 1990s animated series. So casting an in-her-prime Halle Berry in the long-awaited X-Men movie seemed like a no-brainer. But in practice, she was rarely more than a cardboard cut out. Berry sadly seemed to act like she was above the material, but at the same time she was hardly given much to do, apart from being the biggest name on the poster. 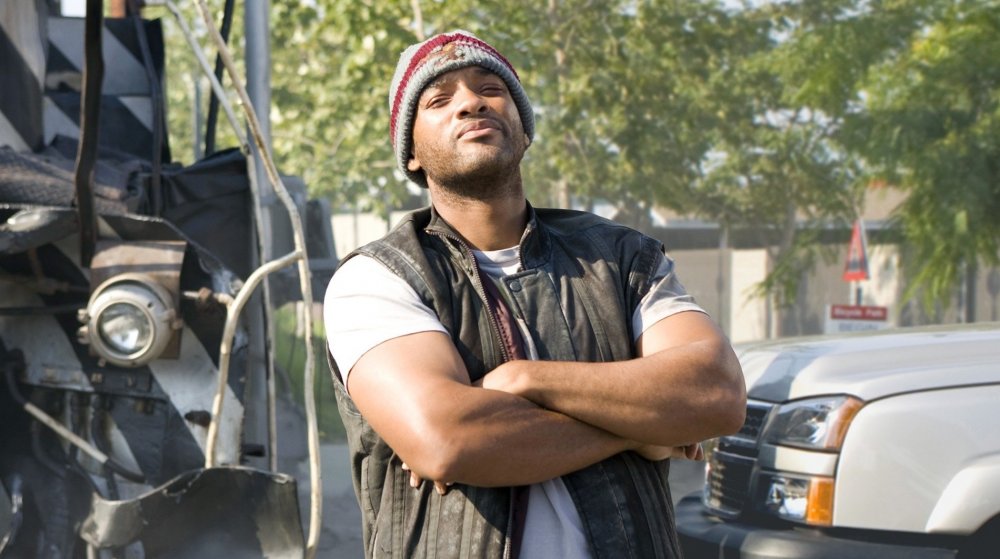 Hancock isn’t a perfect film, but it shows that there’s a lot of interesting potential for the superhero genre when it doesn’t just adapt 50-year-old characters. Will Smith plays a drunk, washed-up superhero who ends up working with Jason Batemen’s PR consultant to improve his public image. It gets bogged down with clunky plot twists towards the end, but it’s one of those films, alongside I, Robot (2004) and I Am Legend (2007), where Will Smith gives a surprisingly deep performance far above what’s required for a summer blockbuster. 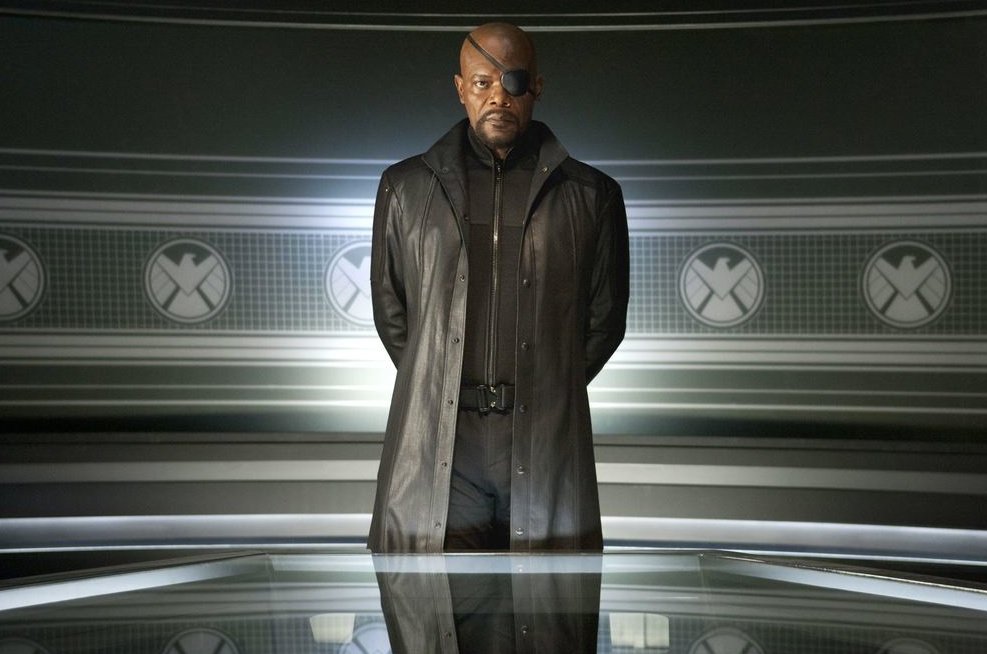 When comics creators Mark Millar and Bryan Hitch were tasked with reimagining Marvel’s superspy for the early 2000s, they thought he needed to be the coolest man alive – so he was drawn to look like Samuel L Jackson. And when Marvel got into producing films themselves, with 2008’s Iron Man, they got Jackson himself to cameo as Fury, who eventually became a recurring presence in their ongoing ‘cinematic universe’. It’s a definite improvement from when David Hasselhoff played Fury in a 1998 TV movie. 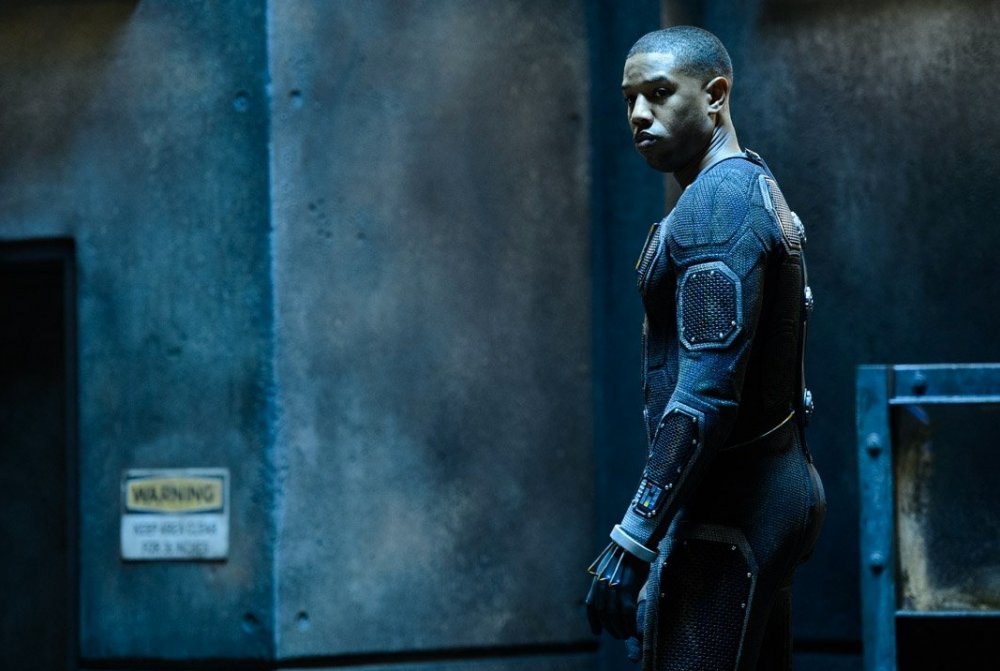 The trend for comic book fans kicking off at any sort of change to the subject material hit its ugly nadir when Michael B. Jordan was cast as the originally white and blond Johnny Storm in the 2015 Fantastic Four reboot. Ironically, while there was very little redeemable about Josh Trank’s movie (the behind-the-scenes troubles are already legendary), Jordan is always charismatic and enjoyable, and thus probably the only likeable thing in the film. 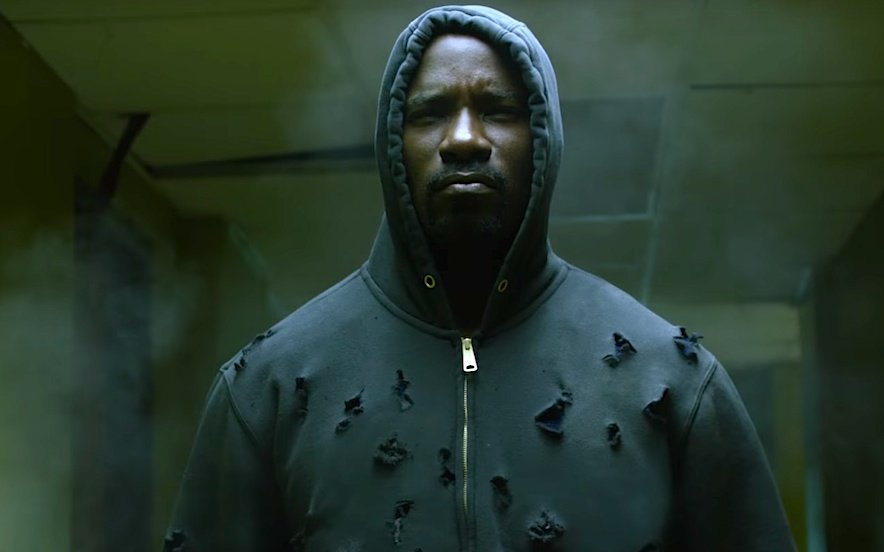 The hero of Harlem with unbreakable skin was originally created to cash-in on the 1970s blaxploitation trend. But the concept of a bulletproof black man has undeniable resonance in 2016, and the Netflix’s small-screen version has not shied away from reflecting the black experience. So along with the usual comic book in-jokes for fanboys, there are references to Ralph Ellison’s Invisible Man and civil war figure Crispus Attucks, as well as cameos from legendary Harlem tailor Dapper Dan and Wu Tang Clan rapper Method Man.