She blazed a trail for intelligent actresses in Hollywood, holds the record for most acting Oscars and stars in several of the world’s best comedies. Here are 10 of Katharine Hepburn’s finest appearances. 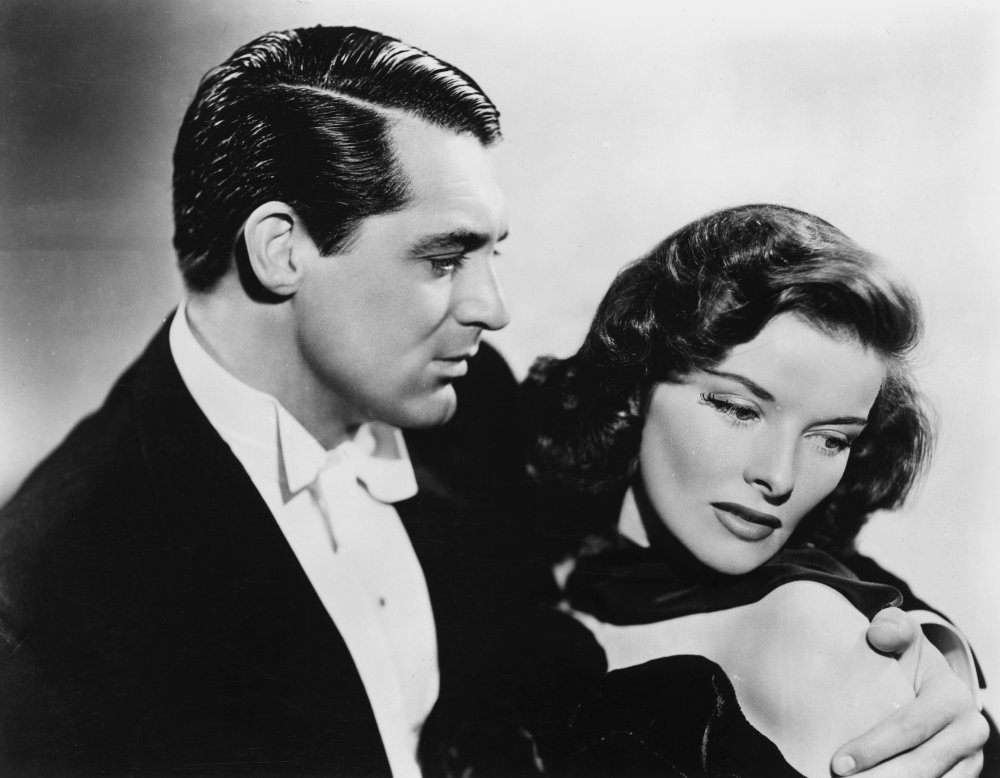 Katharine Hepburn was a movie star ahead of her time, but there’s been no one quite like her since. Over seven magnificent decades, her distinctive talent pioneered a new independence in Hollywood women. She was blessed with a unique beauty and natural eccentricity, but was never the sweet darling her patriarchal industry wanted her to be. She commanded her gifts on her own terms, and took that indomitable spirit into a matchless collection of endearing and captivating performances. Twelve of these earned her Academy Award nominations, and she won a record four, but to watch only her Oscar-winning appearances (Morning Glory, 1933; Guess Who’s Coming to Dinner?, 1967; The Lion in Winter, 1968; On Golden Pond, 1981) would arguably be to miss out on some of her finest films… 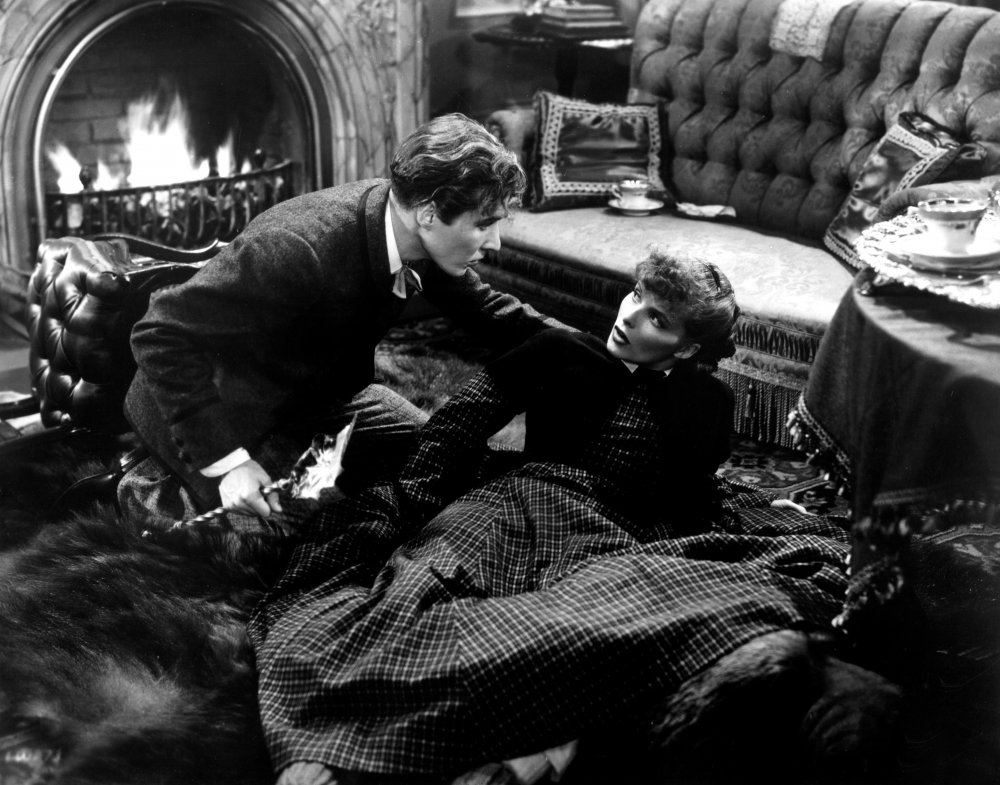 Katharine Hepburn followed up her 1932 debut A Bill of Divorcement, also directed by George Cukor, with his definitive adaptation of Louisa May Alcott’s Little Women. As tomboy Jo, the oldest of four sisters coming of age during the American civil war, she emerges as the real star of the film; Jo’s flinty, New England independence was the perfect match for the young Hepburn’s own. Cukor feeds the corn munificently, but it’s the subversive presence of Hepburn’s Jo, and her strong-willed insistence about living her life in her own way (“Why can’t we stay where we are”), that ensures the future offers more than just hearth and home. 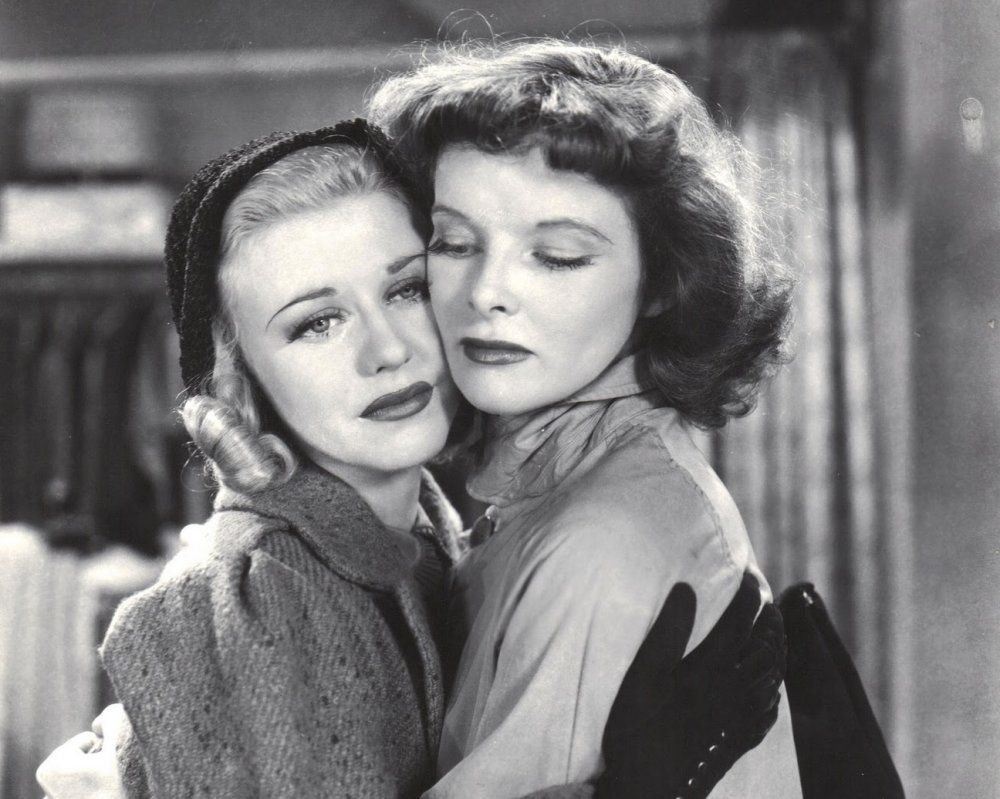 Appealingly feminist, rooted in the Depression, and devoted to that novel concept in cinema of women talking to each other, this brassy backstage melodrama is the lesser-known All about Eve (1950) of the 30s. By now fully ensconced in her ‘box office poison’ period, Hepburn was regarded by audiences with the same suspicion as the girls in the film, gnarling and kvetching as soon as her high-minded heiress enters the club. Soon, though, Hepburn is cracking wise with the rest of them – these girls, who include Ginger Rogers, don’t leave anyone out. Gregory La Cava, always brilliant at letting actors riff, directed. 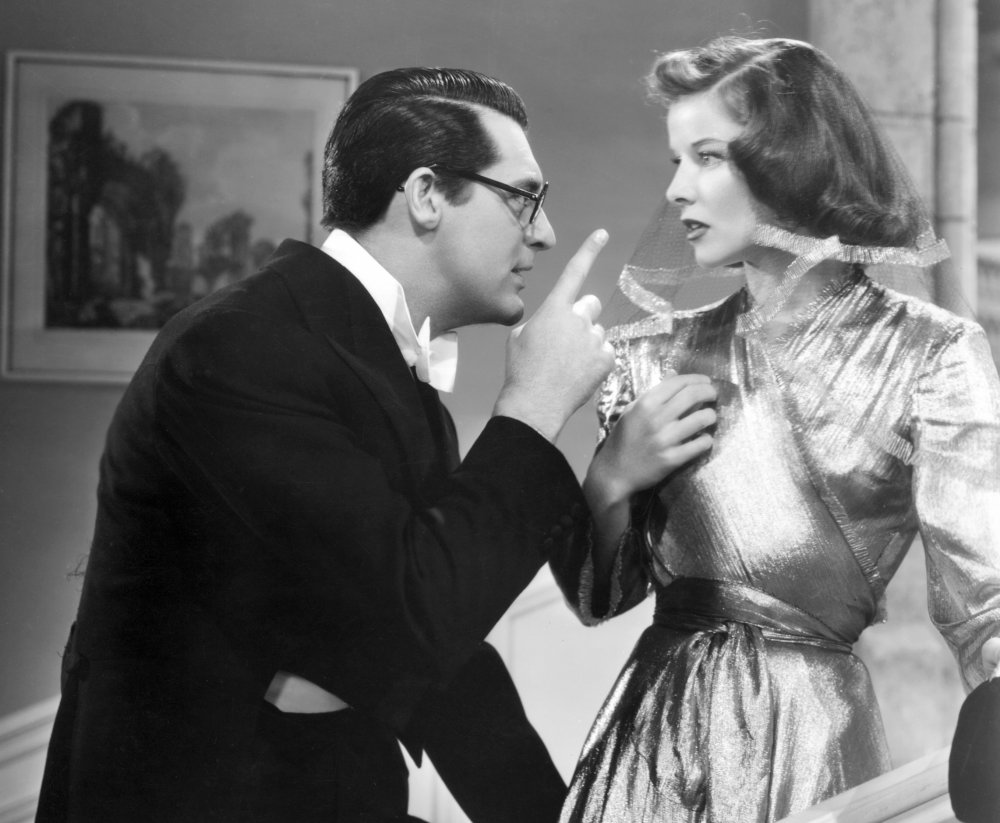 Howard Hawks’s riotous screwball masterpiece earned so little on release in 1938 that Hawks was fired from RKO and Hepburn had to buy herself out of her contract. Its plight aptly encapsulated the spirit of the film, which itself gets its kicks from disaster, and hides a deep pessimism about the world in its loveably bonkers comedy. Hepburn is an anarchic socialite running rings around Grant’s dry, gauche paleontologist in search of his lost bone. They really are a fabulous pair; their comic timing is excellent, and both always had a gift for mania, but there’s genuine romance and pathos here too. 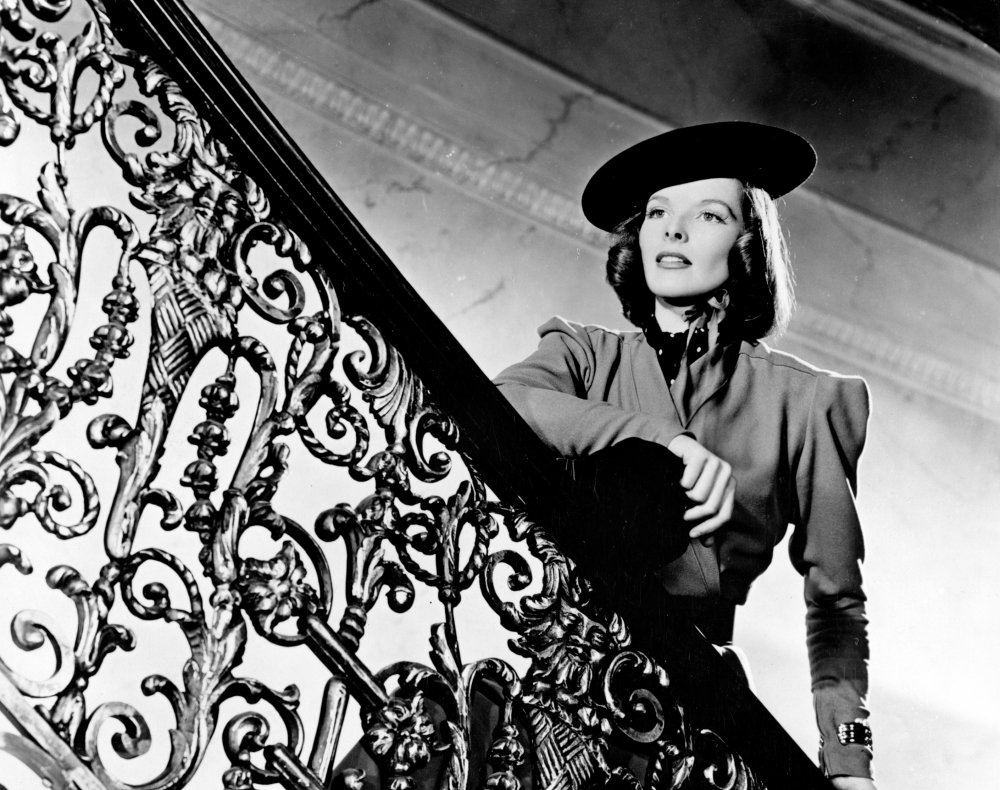 Although Hepburn hadn’t starred in a film that had made money since 1934, she was still billed above Cary Grant for their second collaboration with George Cukor (the first being 1935’s Sylvia Scarlett). There were few directors who could reveal the soft and hard parts of Hepburn’s character so beautifully, or who could so dexterously handle her sharp, individualistic wit. She plays the eccentric sister of Grant’s original love interest (Doris Nolan), anxious to move away from her stiflingly privileged background. It’s a more genteel comedy than Bringing Up Baby, wonderfully light, and replete with finely spun dialogue and lovely, unexpected touches. 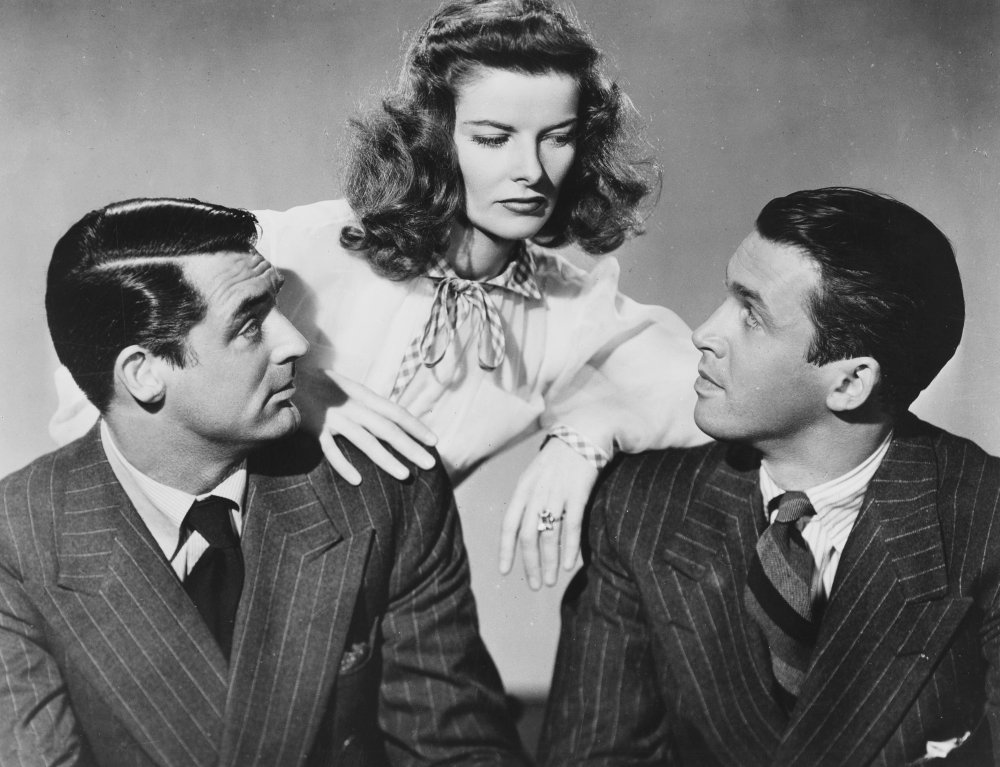 George Cukor’s evergreen version of Philip Barry’s Broadway comedy of manners started its life as a vehicle to resuscitate Hepburn’s public persona. She stars alongside Cary Grant, Jimmy Stewart and John Howard and gets to pick her favourite as spoiled glamourpuss Tracy Lord. Here Hepburn really lets her hair down, with Cukor again playing to her strengths – her irresistible glow, know-it-all charm and fantastic sex appeal. This is probably her most erotically charged performance, and there is no greater example of this than her famous drunken shenanigans on the moonlit terrace with Stewart, where the slightest purse of her lips is loaded with sexual feeling. 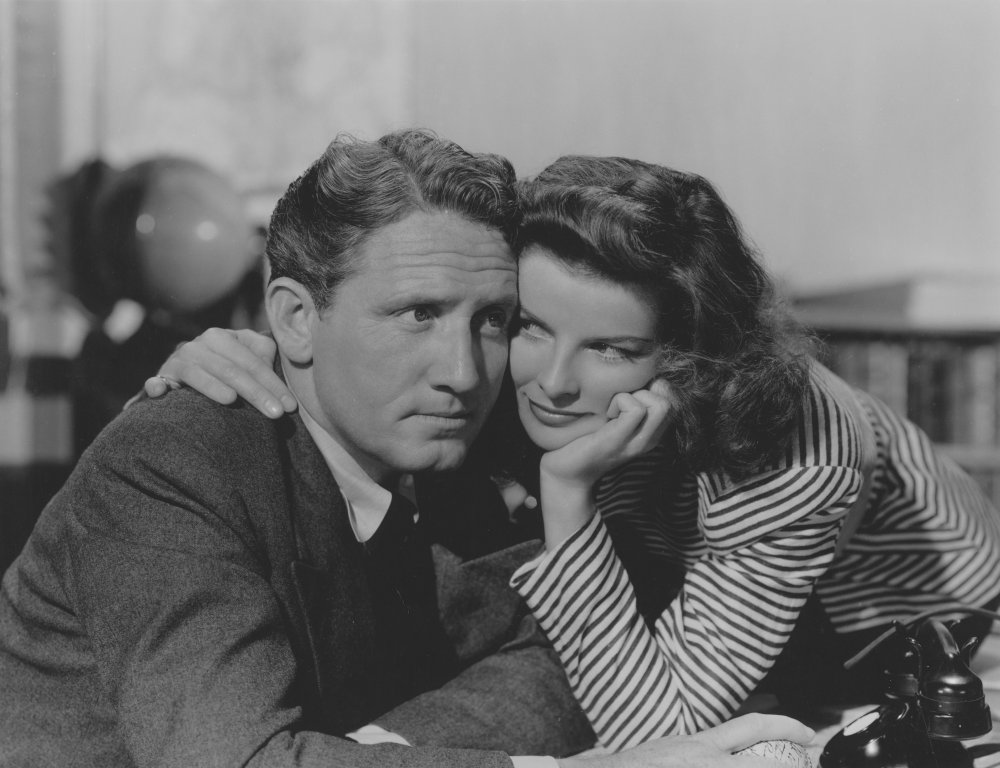 Now we’re entering the era of Hepburn’s series of collaborations with Spencer Tracy, which reached an early peak with Woman of the Year, their first film together. She’s a sophisticated political columnist and feminist, he’s a homespun sports journalist, and after they marry he looks to make a woman out of her. The opposites-attract interplay, which would become their shtick in a further eight films together, makes for an enjoyable farce, even if their point scoring here is unevenly weighted in Tracy’s (ie the man’s) favour. Despite all its quick-witted send-ups of gender stereotypes, this reaches its unfortunate nadir in the unironically conventional ending – which Hepburn loathed. 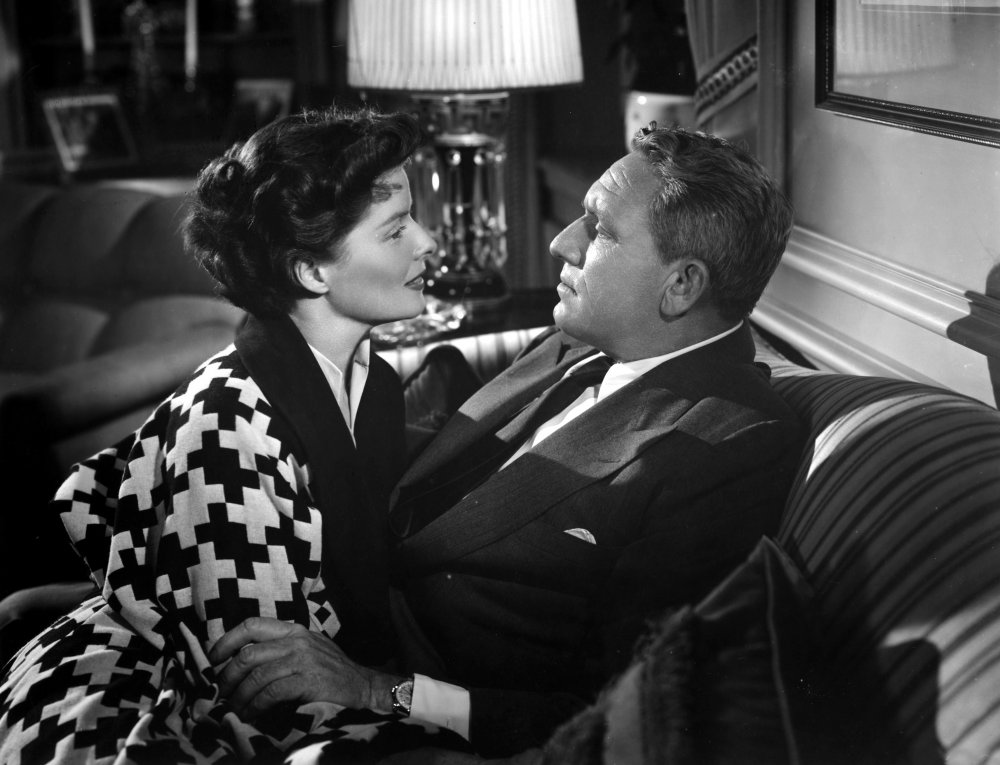 Hepburn and Tracy are at their chipper, bickering best in George Cukor’s delightful battle-of-the-sexes comedy. The legendary pair play husband and wife lawyers on opposite sides of a shooting trial involving a dumb blonde (Judy Holliday). The pair were an off-screen couple too and you can sense they were experts at squabbling like this; the concurrence of Hepburn’s feminist stridency and Tracy’s paternalistic chauvinism is pure movie alchemy. This was the finest film they made together, but a special mention also to Pat and Mike (1952), which would be number 11 on this list, while Keeper of the Flame (1942) and State of the Union (1948) also have that winning formula.

One of the most impressive of Hollywood’s awards-engineered adventure yarns stars Hepburn as a haughty missionary stuck on a riverboat with Humphrey Bogart’s gin-swilling captain. It was not the greatest stretch for Hepburn, who had no problem playing spunky and impregnable, but once again she demonstrated her obscure ability to light sparks with her co-star. As with many Hepburn roles, her on-screen resolve and tenacity feeds off her own reputation, and the result is a starchy and unpretentious performance. Her first film in colour, John Huston’s prestige slice of derring-do would go on to win a long-awaited first Oscar for Bogie, though Hepburn herself lost out to Vivien Leigh for A Streetcar Named Desire. 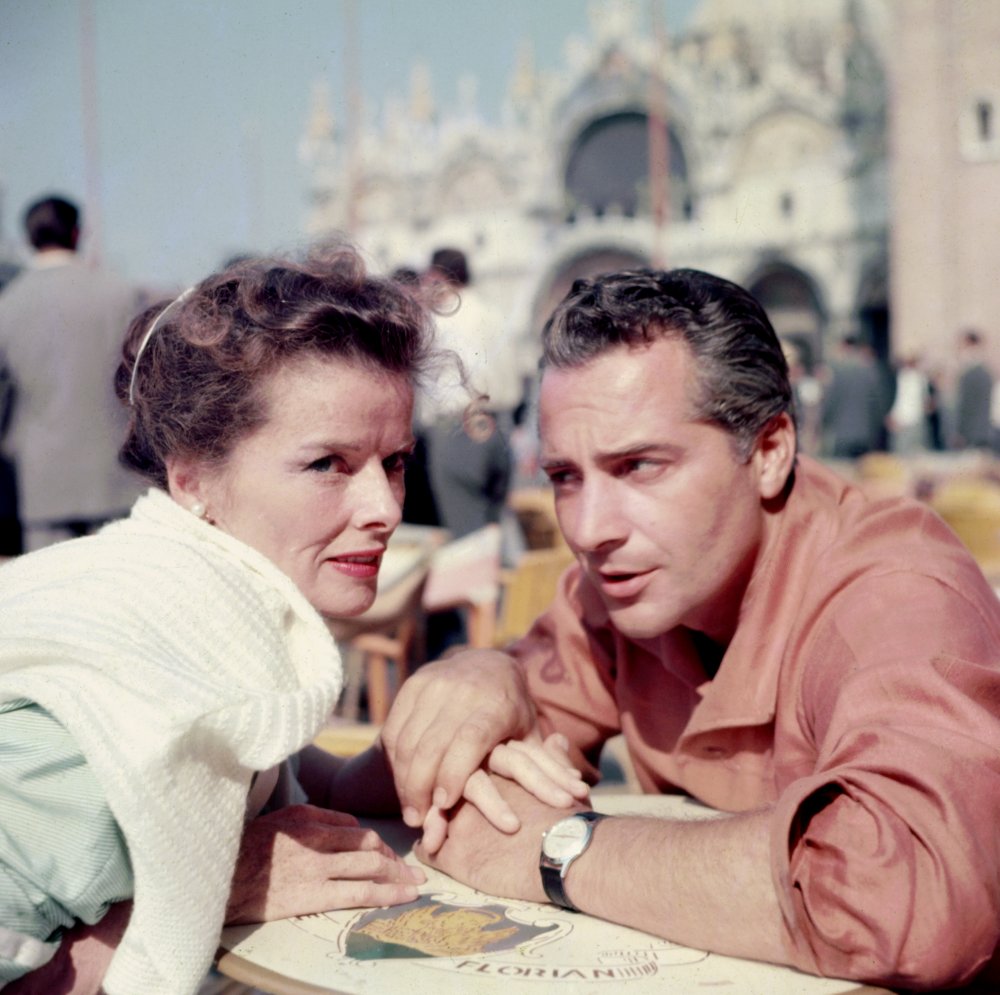 Hepburn took to Europe for David Lean’s visually enchanting Summertime (also known as Summer Madness in the UK). It’s a love letter to Venice, and few movie stars could take in the view quite like Hepburn. She plays a vacationer from the American midwest who is simultaneously seduced, ravished and wary of the city’s rich, sensual beauty. Her frank demeanour and prissy self-righteousness shield an underlying loneliness until handsome antiques dealer Renato (Rossano Brazzi) sends her swooning. Attractively lensed by Jack Hildyard, this is a delicate, poignant piece, and was allegedly Lean’s personal favourite of all his films. 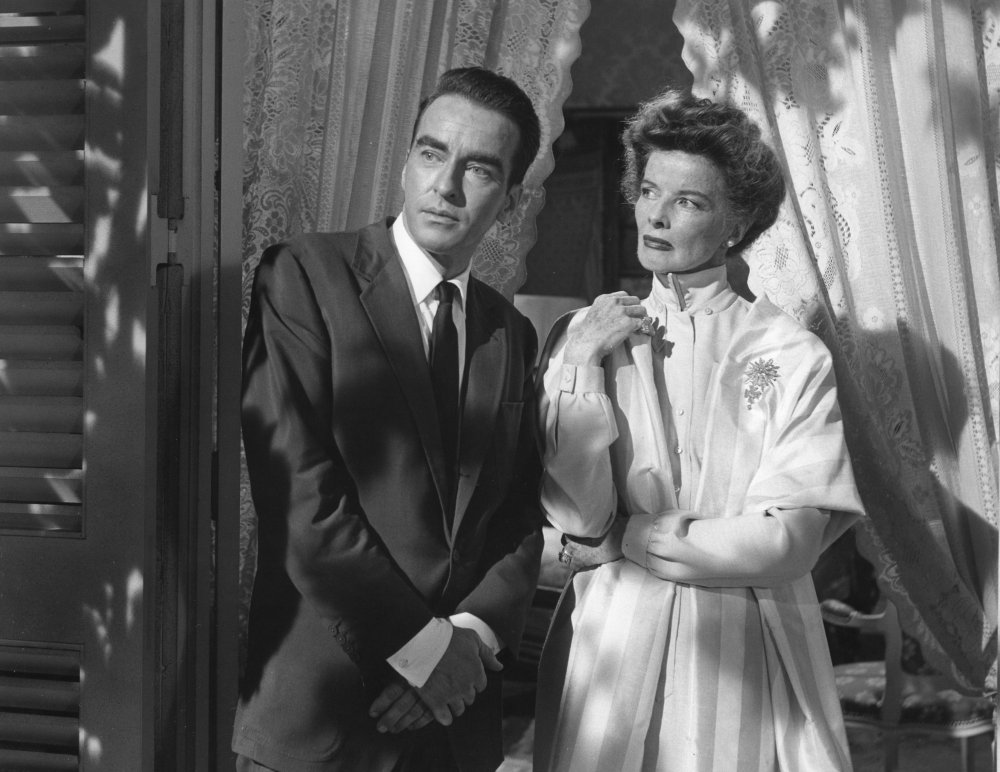 Joseph L. Mankiewicz’s campy 1960 adaptation of Tennessee Williams’ Southern Gothic shocker is a fascinating one-act curio, and probably the most outrageous film Hepburn ever made. The script by Gore Vidal touches on insanity, prostitution, incest, and cannibalism, and Hepburn is the brooding, calculatingly sinister Louisiana dowager trying to persuade psychiatric doctor Montgomery Clift to lobotomise her institutionalised niece Elizabeth Taylor. The cast and Mankiewicz sweat through enough sexual ambiguity and Freudian imagery to appease Williams’ lurid intentions, although it was too much for the man himself (originally co-credited for the screenplay), who claimed it “made [him] throw up”.