Thrilling set pieces at Disneyland and Central Park, bodybuilder serial killers and Cary Grant playing Hamlet – sadly, we can only try to imagine how these unrealised Hitchcock movies might have turned out. 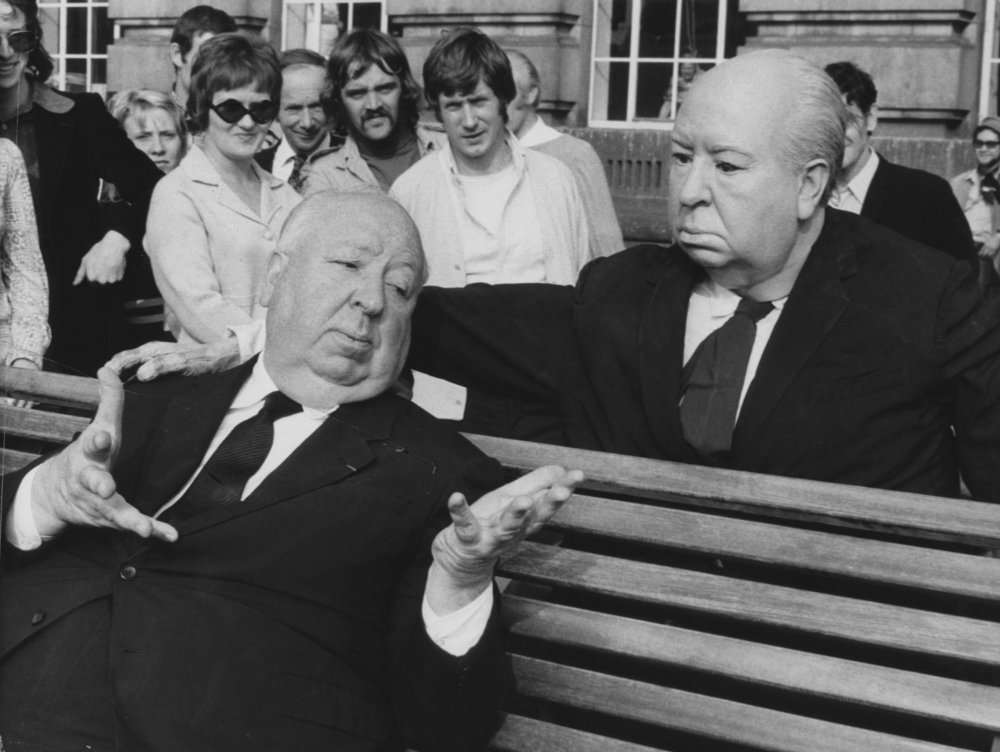 Alfred Hitchcock posing in a publicity shot for Frenzy (1972)

While he left us with plenty of masterpieces to enjoy, Alfred Hitchcock also considered a huge number of other potential projects that never came to light. His career is bookended by the unfinished Number 13 (1922) and the unrealised The Short Night (1968-79), while scholar Sidney Gottlieb found 250 folders of documents related to other unmade projects in between.

Among the better-known unmades are an account of the Titanic disaster, which was to have been Hitchcock’s Hollywood debut (1939-40), and The Bramble Bush (1949-52), David Duncan’s novel about a thief who steals a murderer’s passport. 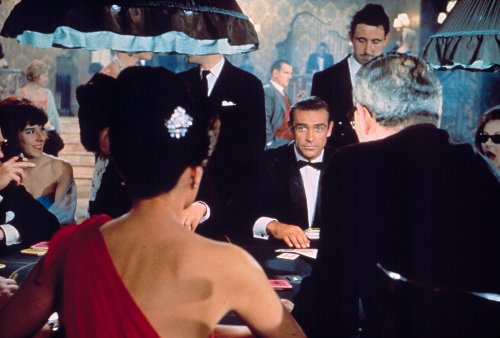 But Hitch was also linked with such unlikely projects as The Saint in New York, The War of the Worlds, Les Misérables and Treasure Island, as well as tales about Labour leader Keir Hardie, a bigamous ventriloquist, a beleaguered nuclear bomber pilot and the plot to crucify Christ. And how different screen history might be if Ian Fleming had managed to land Hitch for the first Bond movie.

Childhood trips to Epsom prompted Alfred Hitchcock to weave a story around the Derby. “Think of the opportunities,” he told the Sunderland Daily Echo in 1935, as he described people from various backgrounds milling around a tented village with stories to tell. 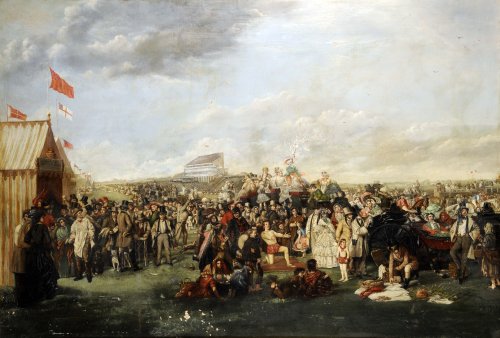 ‘The Derby Day’ by William Powell Frith (1856-58) – the inspiration for an early, unrealised Hitchcock project

Two years later, Hitchcock informed Sight & Sound of his plans to take a documentary approach to create “a sort of pageant”, an animated modern version of William Powell Frith’s painting ‘The Derby Day’, and he was still enthusing about the project to the New York Times in 1939. The film was abandoned after Hitch relocated to Hollywood.

The first titles that Hitchcock and Sidney Bernstein announced on forming Transatlantic Pictures were Under Capricorn (1949) and Hamlet. The latter would be a “psychological melodrama” with Shakespeare’s verse being updated into modern argot. Scottish journalist Alan Dent was hired to rethink the text, as Hitchcock hinted that the “To be or not to be” soliloquy would be delivered from a psychiatrist’s couch, prompting proposed star Cary Grant to quip it would probably begin, “What the hell do I do now?”

However, American writer Irving Fiske sued Transatlantic for $1.25m for plagiarising his novel, Hamlet in Modern English. The case dragged into 1954 before finally being thrown out. 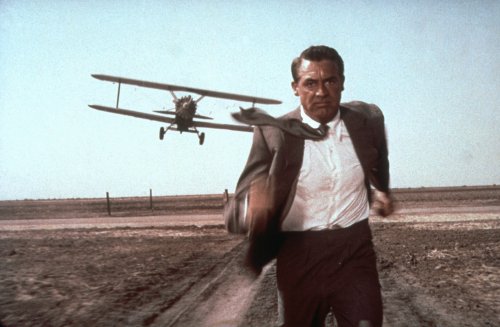 ‘I am mad but north-northwest. When the wind is southerly, I know a hawk from a handsaw’. What would Cary Grant in Hitchcock’s modern-day version of Hamlet have been like?

Sidestepping David O. Selznick’s proposal to film Mein Kampf in December 1941, Hitchcock made two French-language shorts for Ministry of Information chief Sidney Bernstein. When the pair formed Transatlantic Pictures, Bernstein optioned Hugh Trevor-Roper’s study of the Führer’s defeat. As he informed the historian, however, they had problems hitting the right tone: “If he is acted as the proverbial sage or cinema villain the film would have no value, and if the part is played to reflect his hysteria the audience would laugh in the wrong places.”

Perhaps wisely, the project was scrapped after Rank declined to co-produce.

Perhaps the most infamous of all Hitchcock’s unrealised projects, this adaptation of Henry Cecil’s racy novel was concocted with screenwriter Samuel A. Taylor. According to Hollywood lore, a pregnant Audrey Hepburn rejected the picture because of a rape scene. But the plot actually requires the barrister daughter of a judge charged with a necktie murder to sleep with an aristocratic London pimp while posing as a prostitute.

The censors also had grave misgivings about this twist, but Hitchcock still spent $200,000 of Paramount’s money tinkering with a scenario that would also have featured Laurence Harvey or Richard Burton as a sleuthing cracksman. Infuriated by Hepburn’s timidity, Hitchcock made Psycho (1960) instead. 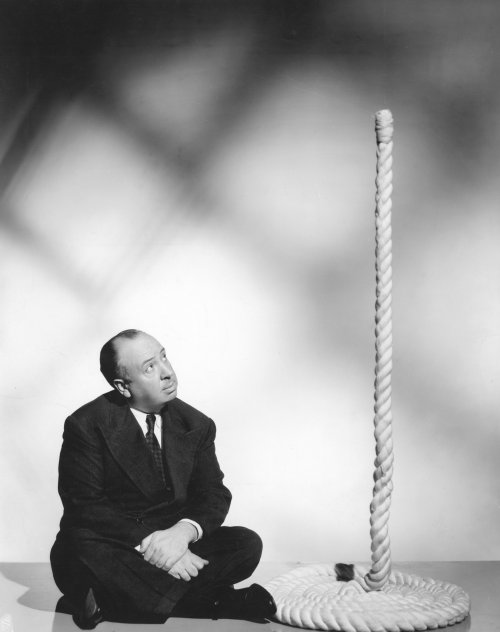 Hitchcock had admired John Buchan long before The 39 Steps (1935) and considered adapting Huntingtower, Greenmantle and The Three Hostages at various stages of his career. Indeed, it was the Buchaneering quality that attracted him to this Laurens van der Post adventure about a South African anthropologist who uncovers a communist plot to goad the black population into rebellion.

Despite Paramount boasting about a cast of 50,000 extras and spreading rumours about James Stewart teaming with the recently married Grace Kelly, Hitchcock (who had declined an invitation to the wedding) rapidly lost interest in the project after a fact-finding trip to the Cape. He declared: “Politics is bad box office anywhere.”

Despite being snubbed over Foreign Correspondent (1940) and Saboteur (1942), Hitchcock remained keen to work with Gary Cooper. So when he read Hammond Innes’s novel while recovering from a hernia operation, Hitch thought Coop would be perfect for the captain on trial for scuttling his ship.

Over a good lunch, Hitchcock persuaded a dubious Ernest Lehman to take a crack at the script. Whenever they met, however, Hitchcock would change the subject. Feeling guilty at being paid by MGM for a flashbacking courtroom scenario he was convinced would be dull, Lehman suggested making “the Hitchcock picture to end all Hitchcock pictures” and they focused instead on North by Northwest (1959).

Knowing Hitchcock liked to set pivotal scenes at famous landmarks, Ernest Lehman suggested using Disneyland for the moment a blind jazz pianist sees for the first time after a double corneal transplant. Intrigued by the prospect of depicting the man’s first visual impressions and realisation that he had received the eyes of a murder victim, Hitchcock set Lehman to work on a screenplay that would culminate aboard the Queen Mary.

However, when James Stewart vacated the lead and Walt Disney denied shooting permission after being appalled by Psycho, Lehman lost interest in the project. In 2015, however, Mark Gatiss completed the script for a BBC radio broadcast starring Hugh Laurie. 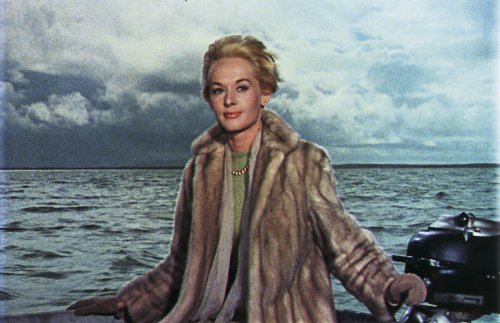 Tippi Hedren in the Outer Hebrides?

Hitchcock had wanted to film J.M. Barrie’s play since seeing it in London in 1920. 20th Century-Fox and Paramount had not shared his enthusiasm, even with Grace Kelly in the lead. But, while making Marnie (1964), Hitch asked screenwriter Jay Presson Allen to tailor the story of a woman who disappears for 25 years while visiting a Scottish island for Tippi Hedren.

Despite its reflections on time, memory and the constancy of love, Hitchcock considered this atmospheric mystery to be a horror or science-fiction story. Unfortunately, Universal insisted that audiences expected something very different from a Hitchcock picture, and he later joked that his contract forbade him from making it.

Stung by the failure of Torn Curtain (1966), Hitchcock became obsessed with Michelangelo Antonioni’s Red Desert (1964) and Blowup (1966) and determined to incorporate their visual chic into the story of a serial-killing gay bodybuilder modelled on Neville Heath. 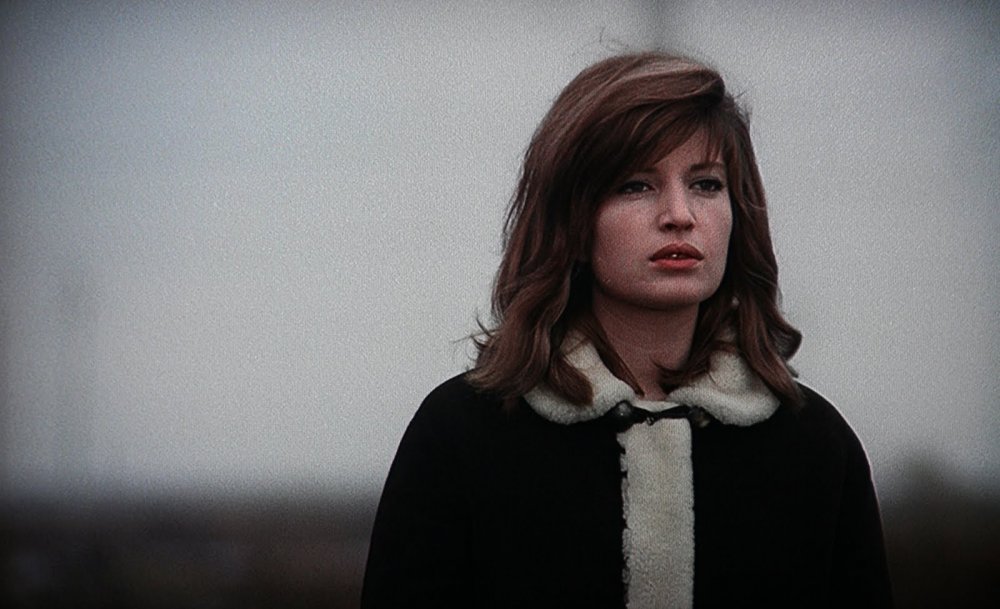 Announced as Hitchcock’s 54th film, this thriller about the Finnish flight of an escaped double agent drew on Ronald Kirkbride’s eponymous novel and Sean Bourke’s non-fiction tome, The Springing of George Blake. As Hitchcock told Sight & Sound in 1977, the story of a reluctant assassin falling in love with the wife of his quarry was “like a French farce turned inside-out”. 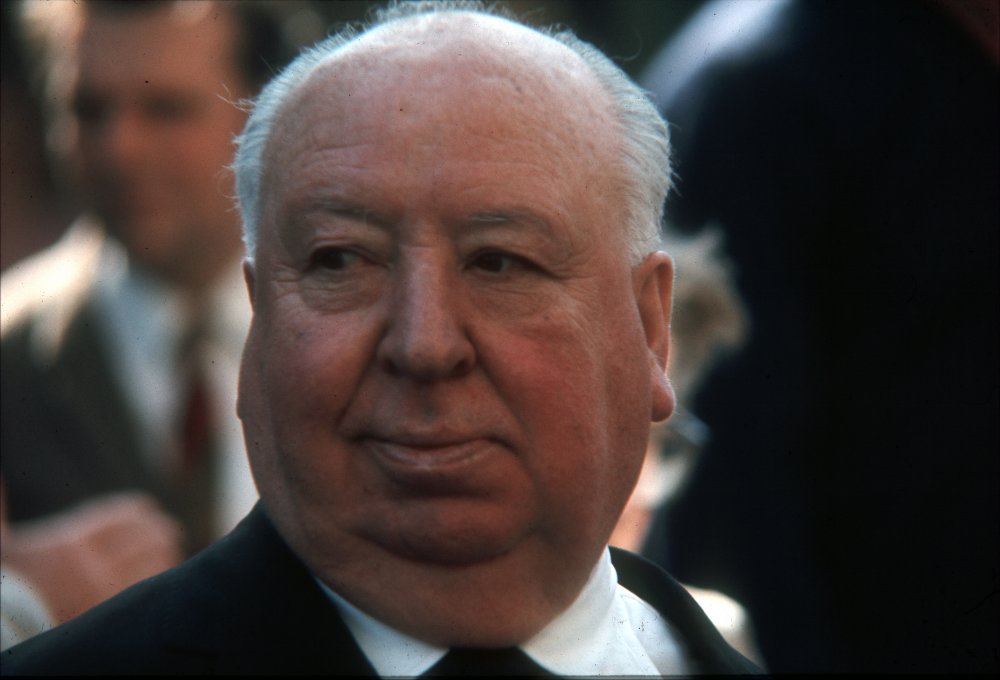 Alfred Hitchcock at the time of Frenzy (1972)

Writers Ernest Lehman and David Freeman contributed ideas over a decade, while Sean Connery, Steve McQueen, Clint Eastwood, Walter Matthau, Liv Ullmann and Catherine Deneuve were tipped to star. But the 80-year-old Hitchcock’s declining health forced his retirement in the summer of 1979.