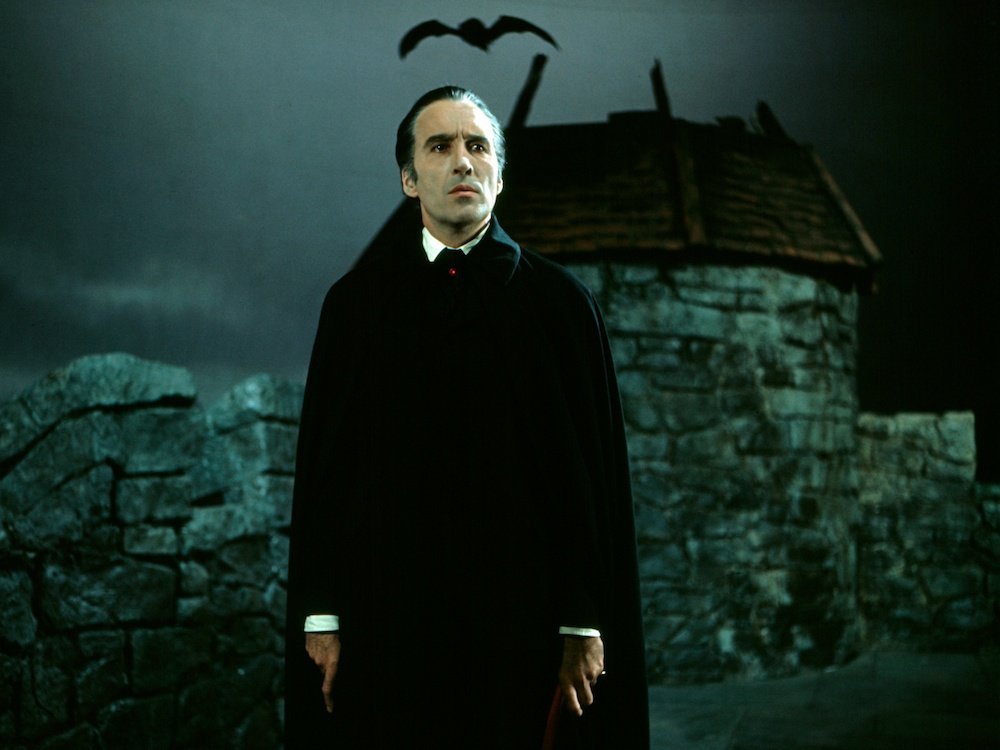 Christopher Lee remains an extraordinary actor in that he continues to appear in up-to-the-minute films while retaining indelible links with cinema’s distant past. Fate cast him in the sepulchral mould of his idol, Conrad Veidt, while conferring on him the mantle previously worn by his friend Boris Karloff. But Lee brought to that mantle a sinister glamour and monumental presence that are unique.

A whole generation of Hollywood directors are well aware of this fact, having grown up with his work. Indeed, in latter years they helped him extend that work into the 1990s and beyond. But it’s pretty certain he would have done so in any case, without their help. For his staggering number of credits bears witness not only to a man in demand, but to a man easily bored by inactivity, a workaholic. And, amazingly, this remains true at the venerable age of 91.

For over 65 years now, his work has embraced almost all the phases of popular filmmaking – breezy British farce and ‘stiff upper lip’ derring-do in the 1950s, the dazzling efflorescence of Hammer horror at the end of that decade, so-called ‘krimis’ in West Germany, lurid gothics in Italy, a James Bond picture, a Walt Disney picture, all-star 1970s blockbusters, straight-to-video fodder in the 1980s, glossy TV movies and miniseries in the 1990s and, in the 21st century, a remarkable Indian summer in the Star Wars and Lord of the Rings franchises. These latter, according to a Daily Telegraph critic, turned him into “the Grand Vizier of Blockbusterdom”.

Lee’s baleful charisma stamped him early on as one of the cinema’s world-class villains, playing characters dubbed by a French admirer (in a phrase he treasures) “héros maléfiques”. He brought a demonic intensity to all his key roles, investing them with a dominating physical presence, a richly textured voice and – a frequently forgotten detail, this – an amazing mastery of movement and mime.

So there’s definitely no shortage of relishable performances in his extensive portfolio – a portfolio he began compiling on his professional debut in the BBC magazine programme Kaleidoscope, way back in December 1946. As a result, compiling a ‘10 best’ list is a self-defeating process. Better, I think, just to list 10 of my personal favourites.

Bearing in mind that I’m taking as read his supreme mastery in the role of Count Dracula, here they are… 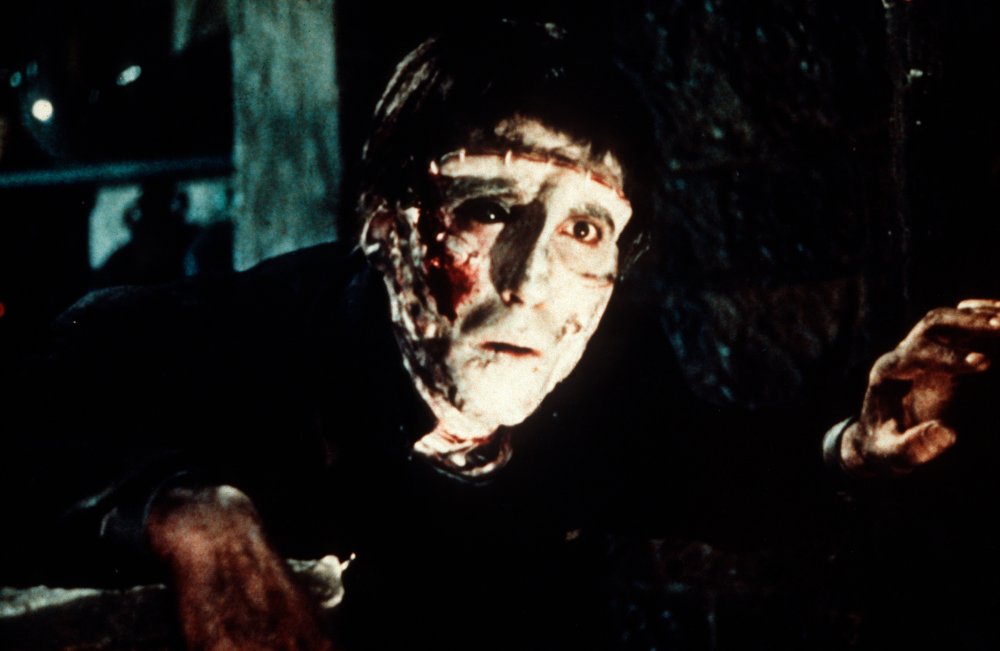 The Curse of Frankenstein (Terence Fisher, 1957)

Nearly 60 years on, this remains a seriously underrated performance. Just as Peter Cushing rethought Frankenstein as a dandified Machiavel, so Lee reconceived the Creature as a brain-damaged child, a marionette with no will of its own. And the results are pitiful to behold.

Lee got this one in 1957, in the wake of his Curse of Frankenstein celebrity, and in it he’s visibly limbering up for his first go at Dracula, which was shot just a few months later. His odious Marquis St Evrémonde is a landed sociopath who really means business.

After Dracula (1958), lots of sleazy characters came Lee’s way (notably his strip club proprietor in the mind-boggling Beat Girl), but the feckless upper-class sponger he plays here gave him a perfect opportunity to wipe the floor with the film’s nominal star, Paul Massie. 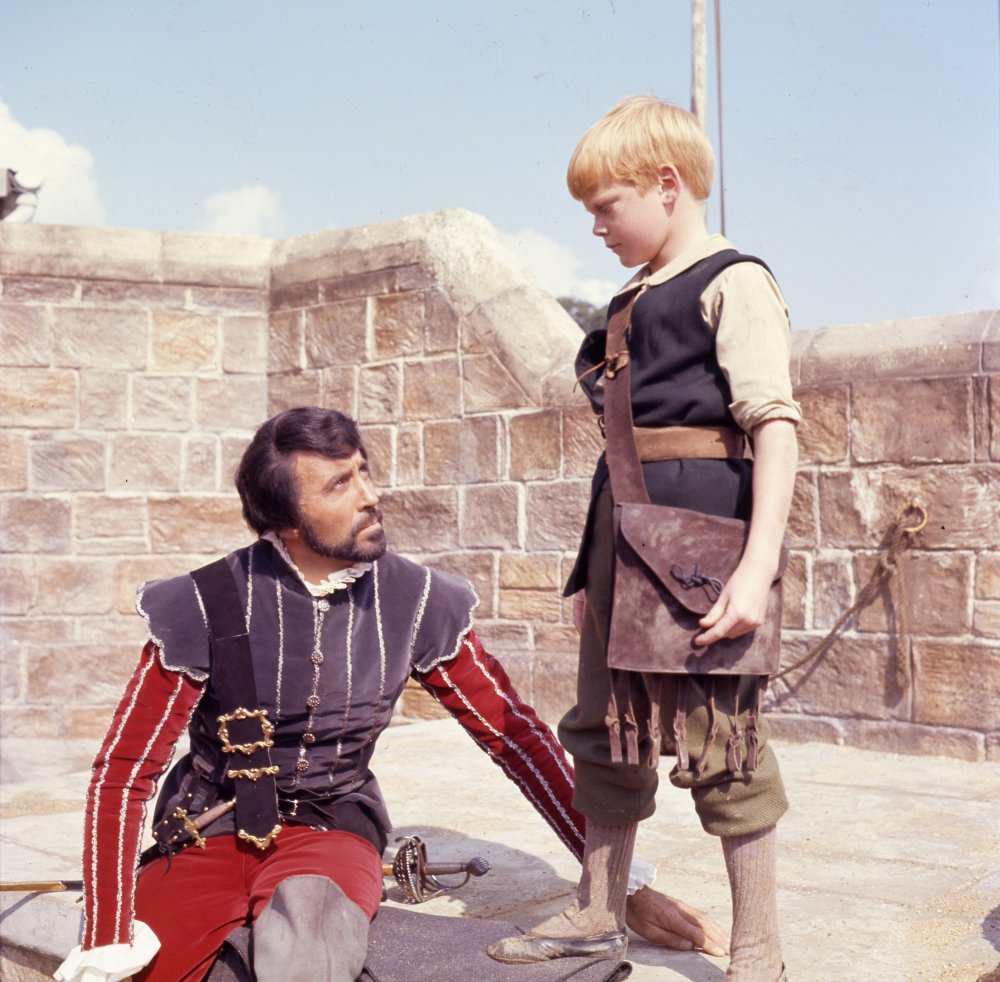 Lee had cut his teeth (and nearly severed a finger) in 1950s swashbucklers like The Crimson Pirate (1952) and The Dark Avenger (1955). In the following decade, courtesy of Hammer, he graduated to star billing in similar projects. His Captain Robeles in this 1964 adventure counts as a masterclass in sneering, black-hearted villainy. 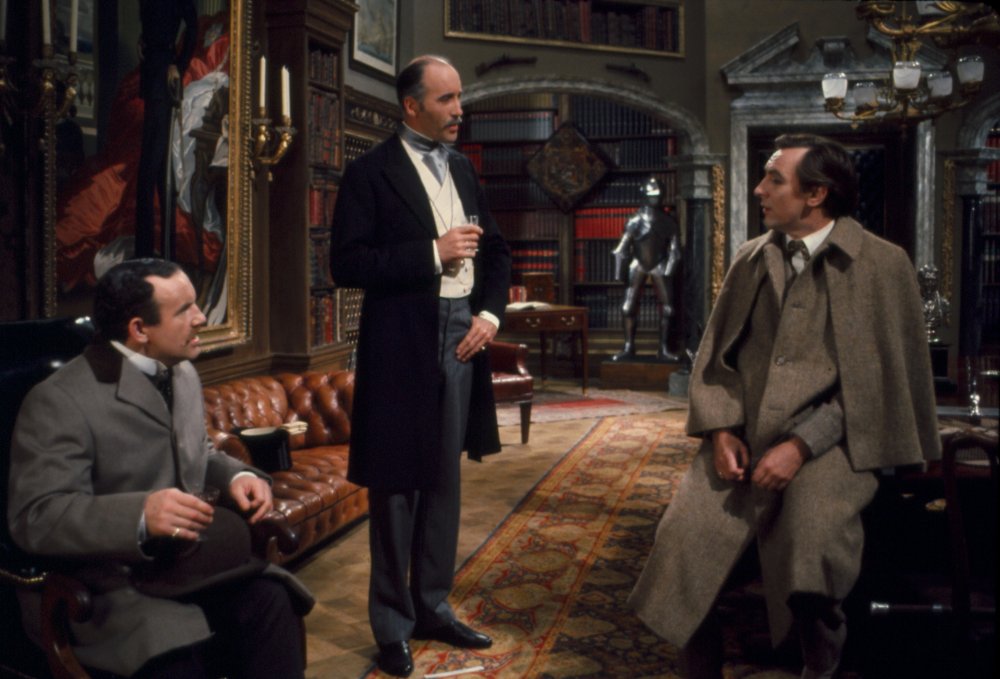 The Private Life of Sherlock Holmes (1970)

Coming at the end of his self-styled ‘Graveyard Period’, Lee was especially grateful for this one, a supremely civilised cameo in a supremely beautiful film. His Mycroft Holmes is unusually slender but displays an urbane, waspish sense of humour not unlike Lee’s own. It also compensates for the not especially memorable films in which he played Sherlock. 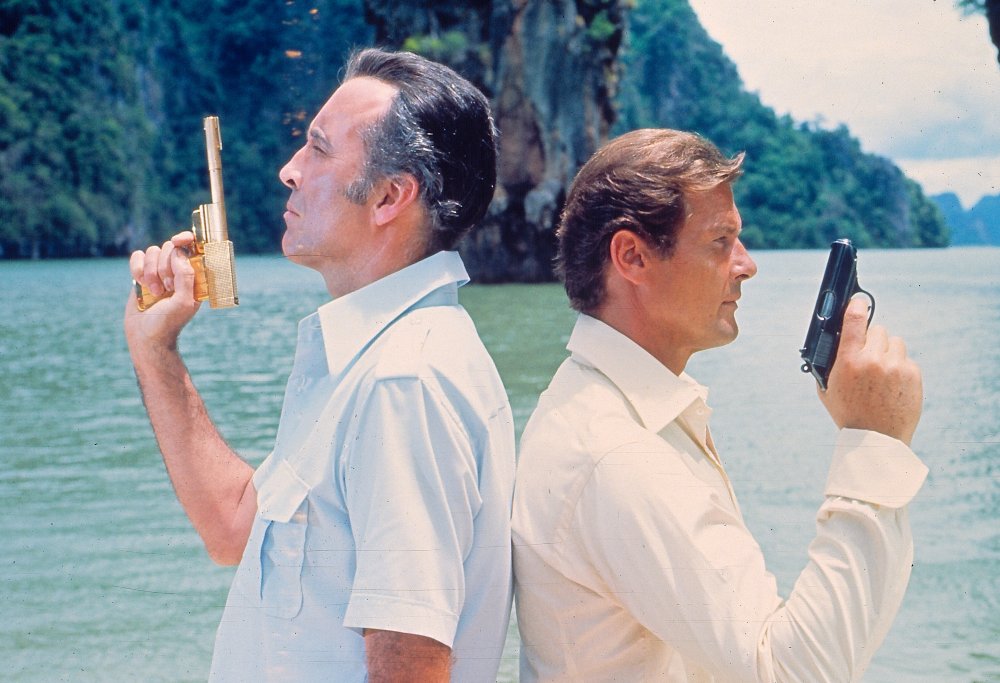 The role of Francisco Scaramanga was originally mooted for Jack Palance, but happily it went instead to Lee, who in 1974 made Scaramanga into a sweetly reasonable but utterly deadly anti-Bond. Is Lee’s Scaramanga the best of all Bond villains? He has my vote. 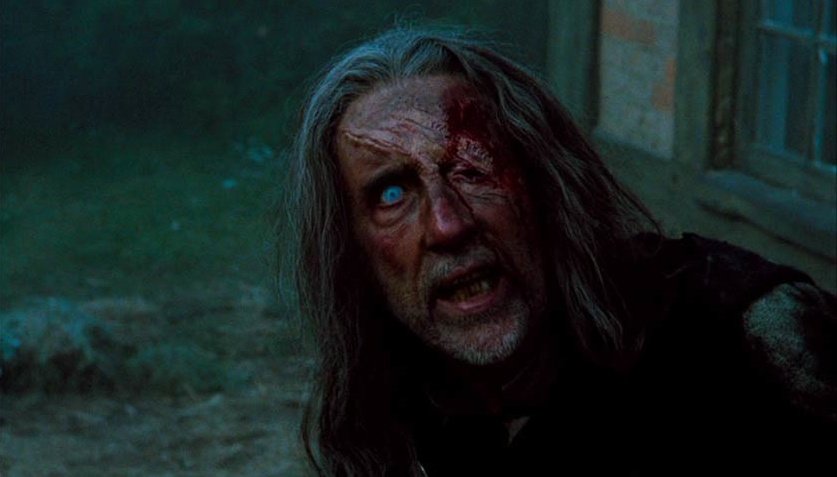 Aimed at US cable but released theatrically over here, this 1989 extravaganza sees Lee turning the familiar figure of Blind Pew into nothing less than a human embodiment of the Grim Reaper. “Makes Freddy Krueger look like Santa Claus”, noted one reviewer of this brief but fantastic performance. 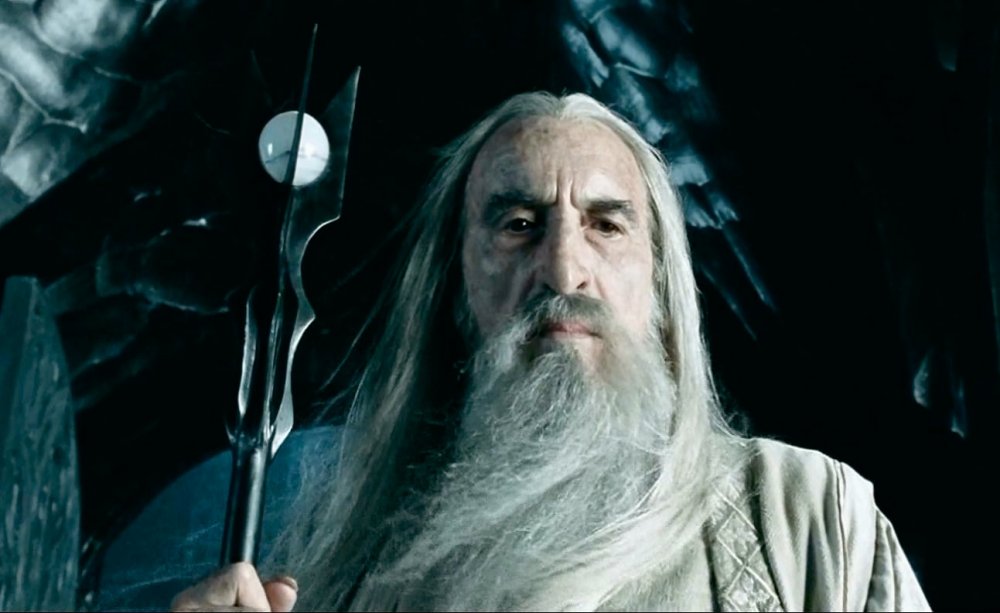 The Lord of the Rings: The Return of the King (Peter Jackson, 2003)

Lee first went to New Zealand for Tolkien purposes in January 2000, and was shooting extra bits and bobs for this third film as late as summer 2003. Notoriously, Peter Jackson then deleted Lee’s megalomaniac Saruman from the cinema release. Watch Lee’s sulphurically impressive death scene in the DVD version and weep for the editorial vandalism.

I really like this one, a pleasant (albeit overlooked) family film made in 2004 in which Lee’s cameo as the Lord Provost brings proceedings to a graceful and genuinely moving conclusion. When Lee confers “the freedom of the City of Edinburgh” on a tiny West Highland terrier, it’s the emotional fulcrum of the entire film.