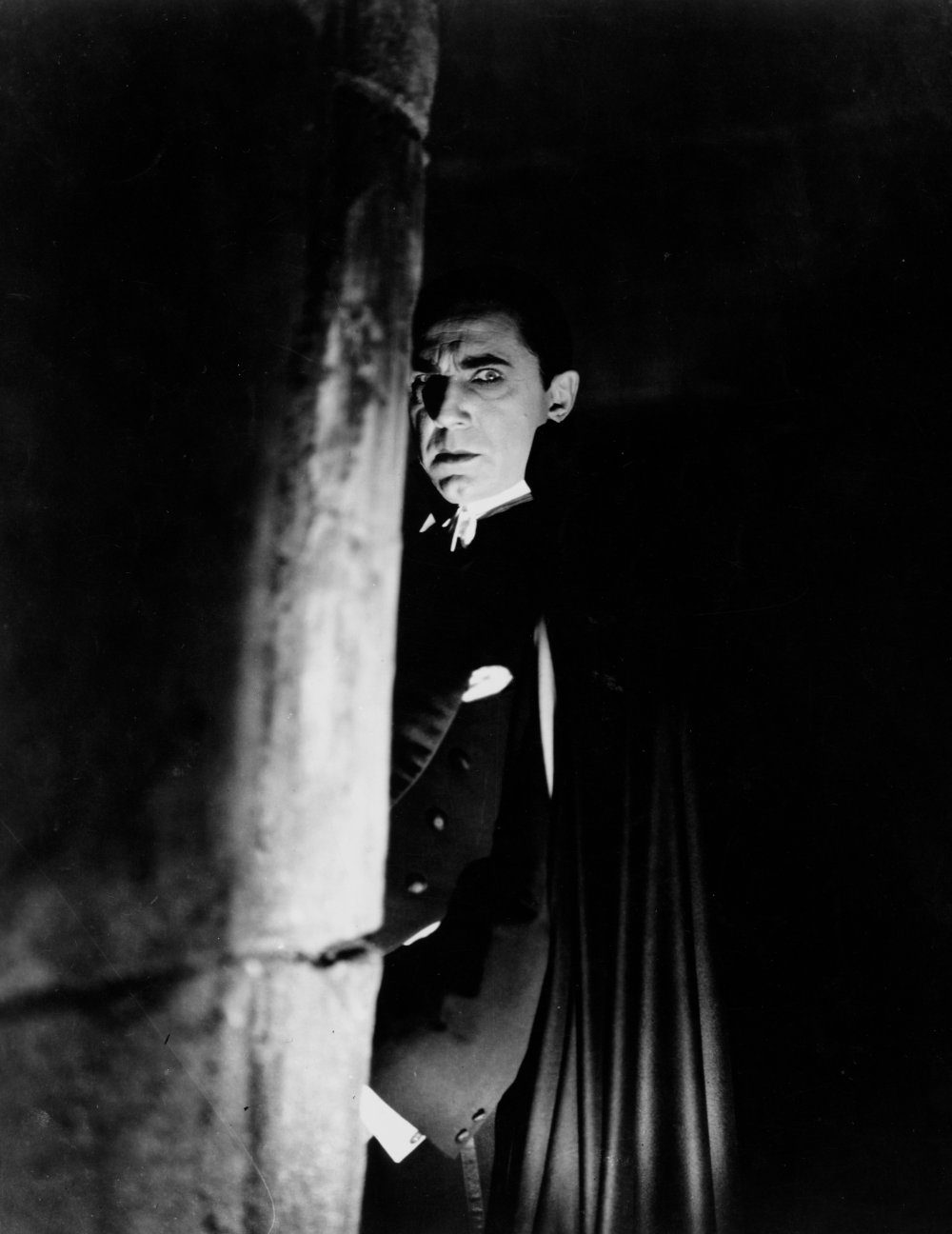 With the passing of Lon Chaney, cinema’s legendary Man of Many Faces, and as the golden era of Hollywood Gothic dawned, it soon became clear that there were two heirs apparent to the title King of Horror. One was the wonderful Boris Karloff; the other – less celebrated now, perhaps, but just as deserving of the crown – was the great Bela Lugosi.

Once you’ve witnessed his ornate, grandiose, almost other-worldly acting style, you’ll never forget him. He is perhaps an acquired taste, less immediately accessible than Karloff. And while genial Karloff, with his greater range, remained eminently employable, proud Bela – by all accounts a shy and serious man – sometimes rubbed people up the wrong way and didn’t get the breaks. Later falling prey to drug addiction, Lugosi ended up accepting whatever work he could get, and more often than not found himself playing parts he would once have considered beneath his dignity.

Hungarian-born Lugosi’s place in the history books is assured: he was the first man to play Dracula on screen, in Tod Browning’s 1931 Universal classic. But his performance therein, and in films that followed, divided opinion – then and now. I’ll always love Bela for his proudly flamboyant, sometimes ponderous theatricality, his mannered delivery, his oft over-the-top villainy; but you may despise him for precisely the same reasons. However, you cannot deny he has presence.

Despite the sad fact that he was so often wasted in supporting roles, or seen giving great performances in unworthy poverty row productions, Lugosi attacked every part with vigour. Lugosi is always fascinating to watch. Nobody performs like Bela: the way he uses those intense, piercing eyes; the distinctive way he bites at his words; the strange gestures he makes with his hands. Unrivalled in his depiction of screen villainy, he seems to channel the sheer joy of evil; never did a vampire, mad scientist, or ape-man ever carry out his dreadful work so gleefully.

Here are 10 films that showcase Bela’s strange talents and the bizarre twists and turns of his career.

Here the Lugosi legend was born. Reprising the Broadway role he’d made famous, Bela’s strange charisma was emphasised by Browning’s restrained, nightmarish direction, with shivers eerily evoked by what was suggested, rather than what was seen. Elegantly monstrous, dreadful but debonair, Lugosi’s Count remains unsurpassed. 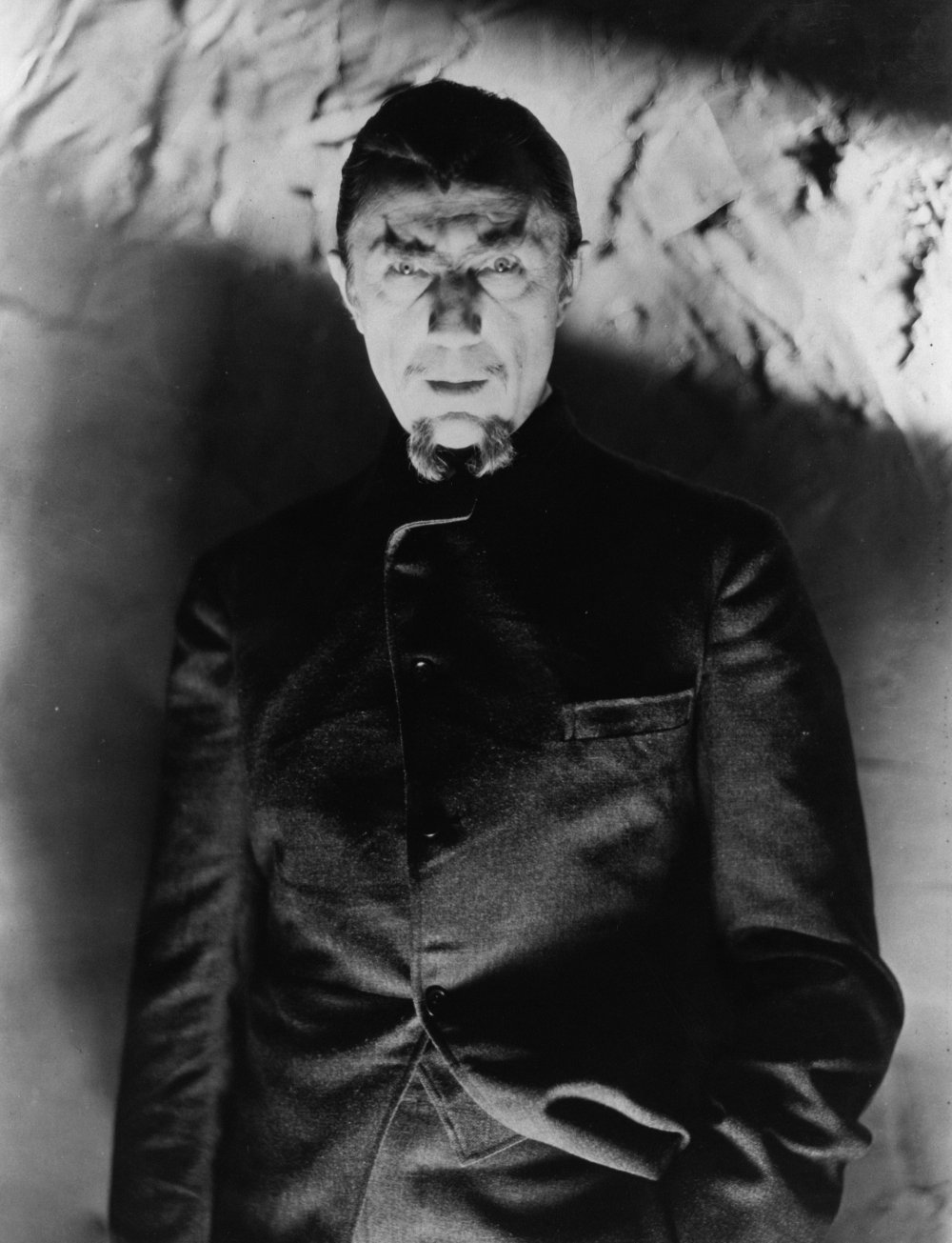 Bela is magnificently evil as the ghoulish corpse-master Murder Legendre, in this nightmarish Haiti-set zombie shocker, forcing his reanimated charges to ceaselessly turn a gigantic mill, while he plots to make a naive young lady visitor fall ill, die, and return as his love-slave. 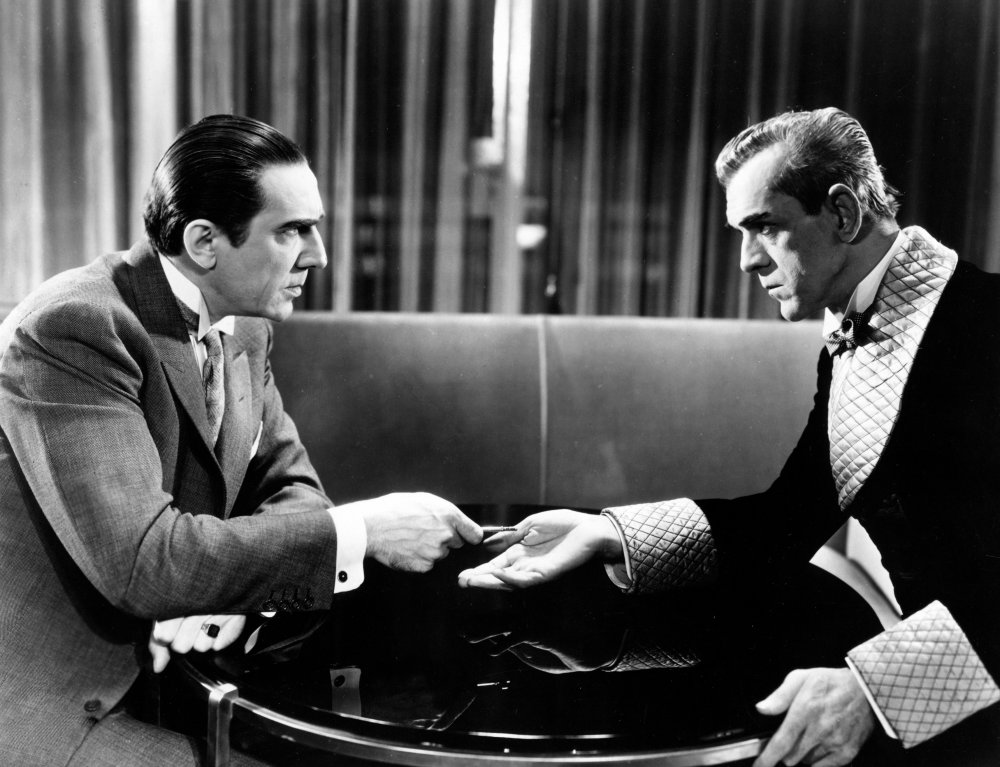 Lugosi – teamed with Karloff here – shines in this stylish deco-designed, gloriously grisly tale of necrophilia, sadism and dead wives preserved under glass in the basement.  Bela’s career was already in decline, while Boris’s was on the up, but Lugosi steals the show when, after a nice game of chess between the two titans of terror, he decides to skin his screen rival alive in the final reel. 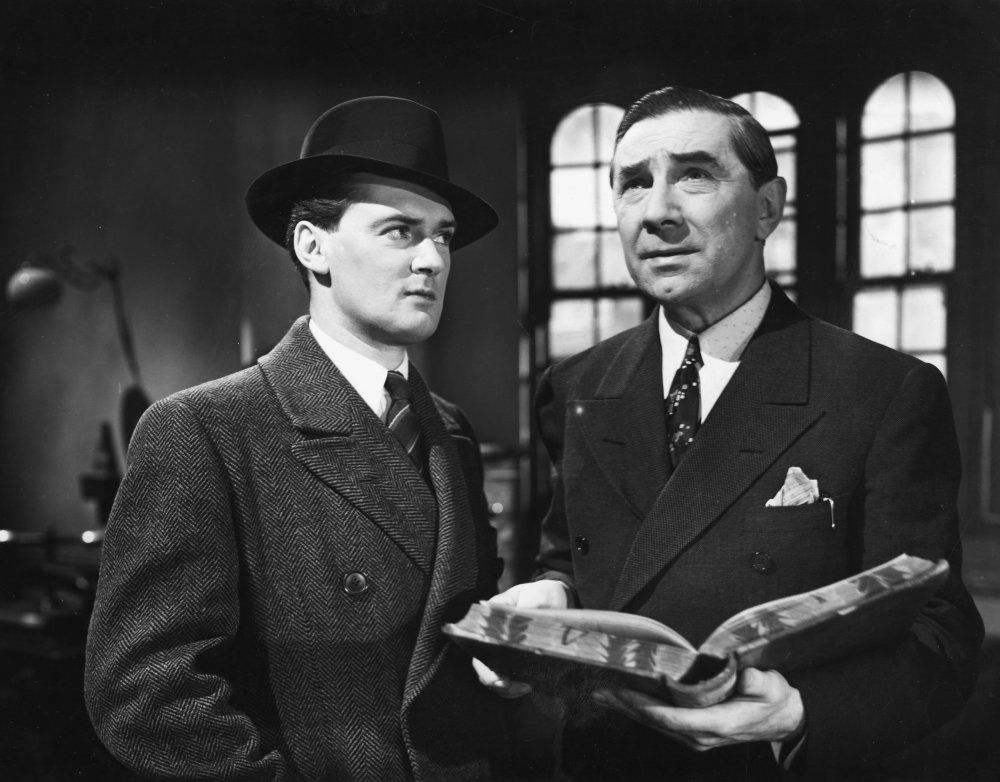 Lugosi visited England to play sinister Dr. Orloff, bumping people off for insurance money, then ingeniously dumping the corpses in the Thames. In Britain, the film received the newly-concocted ‘H’ for ‘Horrific’ certificate; in the States, the National Motion Picture League, who had scores of objections from “a moral and psychological standpoint” declared “this picture is a disgrace.” Praise indeed.

By 1939, Lugosi had hit hard times and was taking every role he could get; but still always giving it everything he’d got. In this excellent cheapo cliffhanger serial, he plays perhaps the most splendidly evil mad scientist in film history, Dr. Zorka, sporting a rather fine Mephistophelian beard. Over the course of 12 thrilling instalments, he wears an invisibility belt, so he can drive unobserved around town in his station wagon, cackling insanely; makes his giant robot smash things, controlling it via a bulky radio-set strapped around his wrist; and soars above the city in a biplane, joyously throwing ‘bomb liquid’ explosives at the populace below. 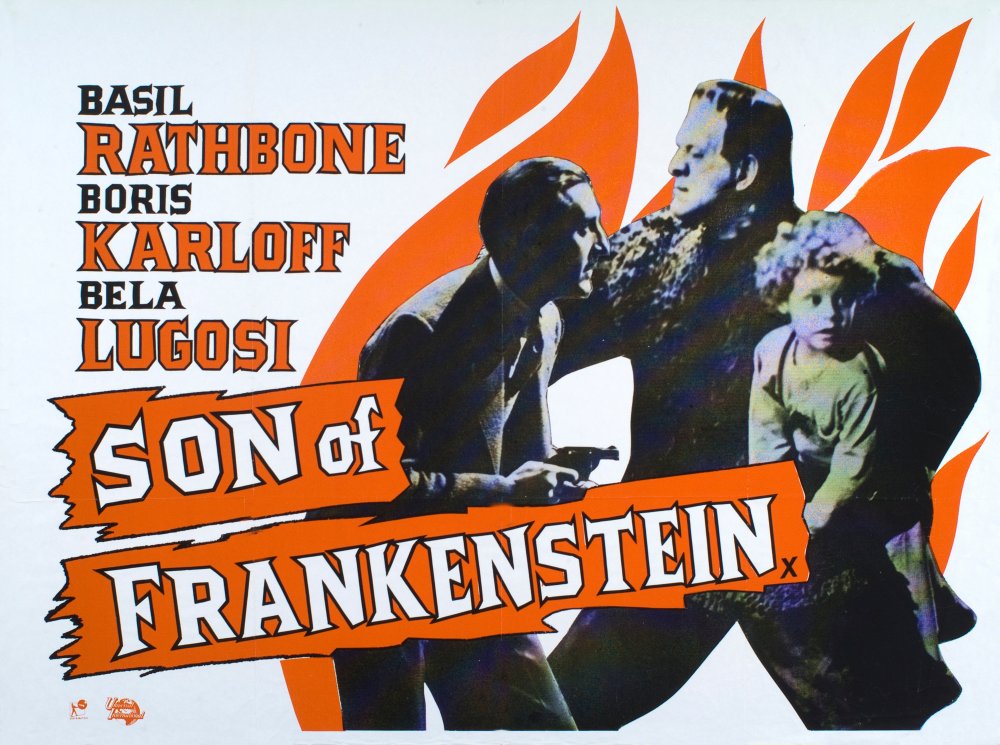 The last Universal Frankenstein film to feature Karloff as the Monster saw Lugosi remind audiences of his acting skills with his touching portrayal of the monster’s only friend, the hunchback Ygor. Aware that Lugosi was in financial trouble, studio Universal hired him at a cut-price rate, for just one week; director Lee was so outraged by this meanness, he expanded Lugosi’s part as they shot the film, keeping him on set from start to finish.

Cruelly denied the opportunity to play Dracula in Universal sequels thus far, Bela proved here that he was still master of screen vampirism, portraying blood-sucking Armand Tesla (Dracula in all but name, which Universal controlled), on the prowl in Blitz-torn wartime England. And what’s more, his servant was a werewolf.

Lugosi finally played Dracula again in this top-notch Abbott and Costello comedy that saw the duo meet all the best Universal monsters (but not Dr. Frankenstein himself). Defying claims that he took himself too seriously, here Lugosi revealed a deft touch for humour, effortlessly immersing himself in Bud and Lou’s vaudevillian business. 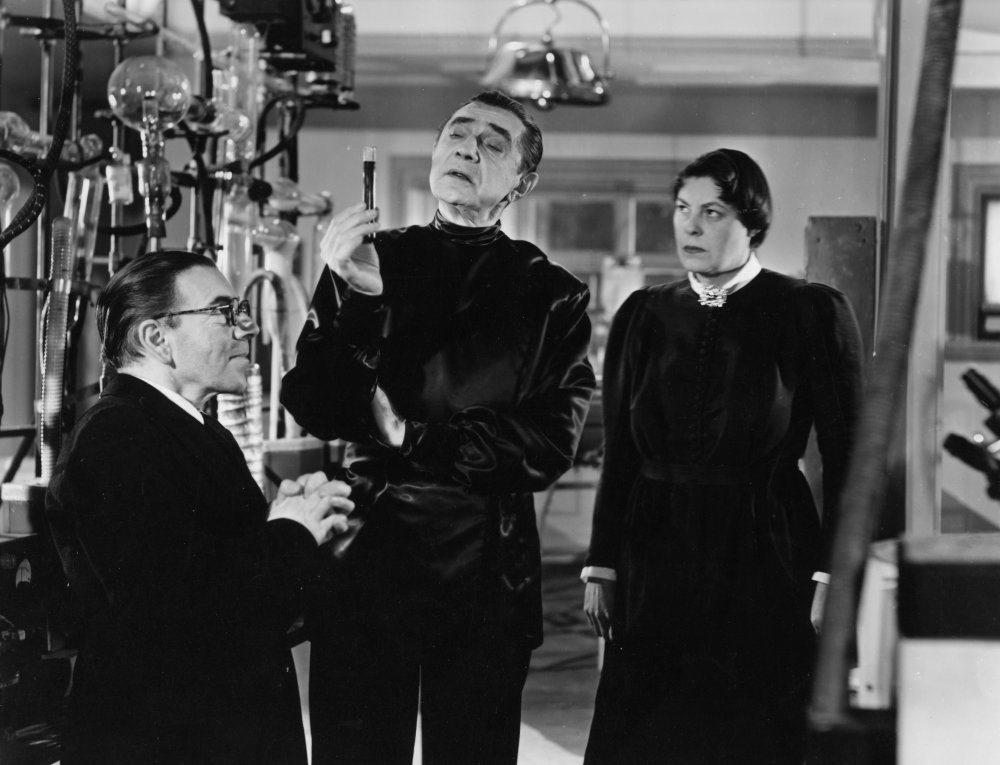 Marooned in England following a failed British stage revival of Dracula (Lugosi was his impeccable word-perfect self, the rest of the cast didn’t stick to the script), Bela needed his boat fare home. Exploitation impresario Richard Gordon masterminded this unholy team-up with Bela – as a mad-scientist who thinks he’s a vampire – up against Old Mother Riley – comedian Arthur Lucan in drag, as an Irish washerwoman, the act he’d made famous in Northern Music Halls.  The result was dreadful but fascinating; and astonishingly, Lugosi – wearing his personal Dracula cloak – rises above the material, emerging with dignity mostly intact, and – best of all – got his ticket back to the States. 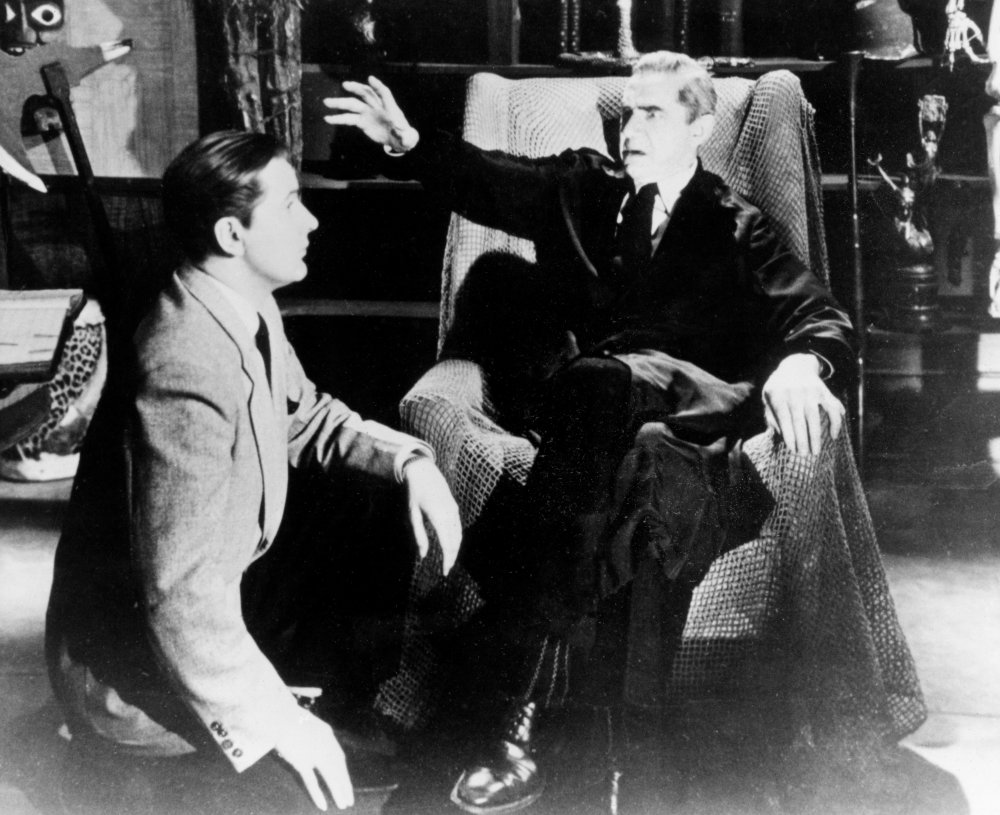 As all those who saw Tim Burton’s splendid bio-pic Ed Wood will know, auteur-of-the-awful Wood idolised Lugosi, and persuaded him to appear in this bizarre trash-cinema masterpiece. Here, in Wood’s bewildering semi-autobiographical docudrama of cross-dressing, transexuality, and the thrill of angora sweaters, also known as I Changed My Sex, Bela, absurdly incongruous but wonderful as ‘The Scientist’, stern in a high-backed armchair, a dusty tome across his lap, flanked by skeletons and strange paraphernalia, delivers Wood’s inimitable dialogue – “Pull the string! Pull the string! A life…is…begun!” – with absolute conviction.

These 10 are just the beginning. But beware! If you get into Lugosi, you’ll really get into Lugosi. Before you know it, you’ll be hunting out strangely unsung titles like Postal Inspector and Bela Lugosi meets a Brooklyn Gorilla. Don’t say I didn’t warn you. And remember: Lugosi lives eternal.