Born on 2 April 1914, Alec Guinness was one of British cinema’s most brilliant and versatile actors. Here are the great man’s most memorable performances. 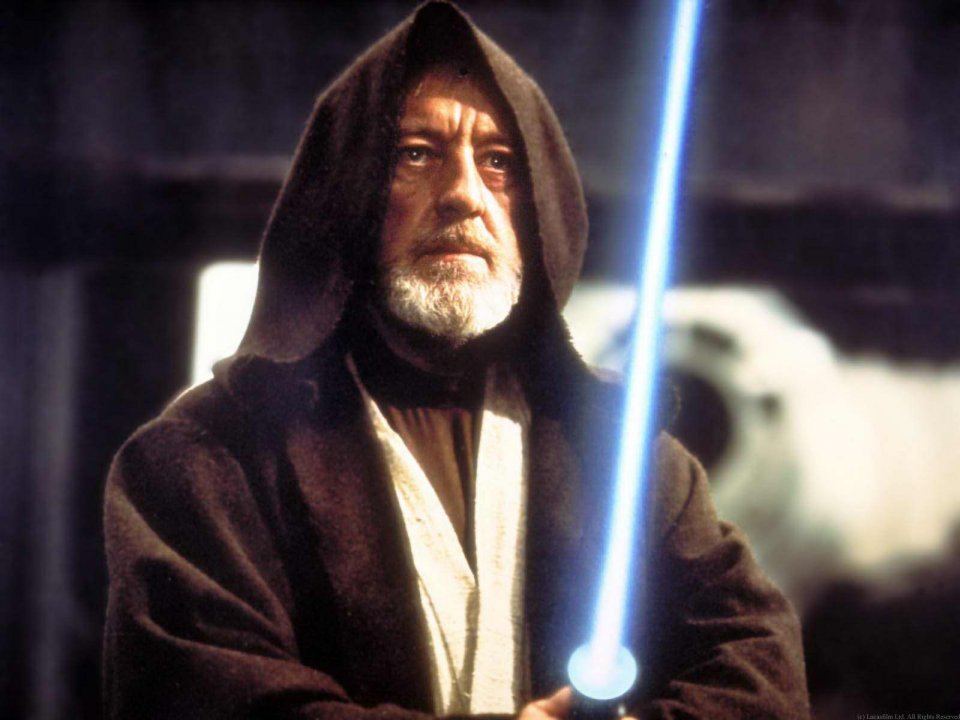 Few people could lay as much claim as Sir Alec Guinness to being the face of British cinema. He was a commanding and welcome presence in film, theatre and television for over half a century, more versatile than most movie stars and more popular than most character actors.

He appeared in an enviable number of timeless classics, from the Charles Dickens adaptations which first made his name and the Ealing comedies that made him a star (famously playing nine roles in Kind Hearts and Coronets) to the box-office heights of the great David Lean epics (The Bridge on the River Kwai, Lawrence of Arabia and Doctor Zhivago). And then there were the Star Wars films, thanks to which he was plagued ever after by endless piles of fan mail. “Bills in the post would be welcome in comparison,” he wrote.

Equally adept at drama and comedy, he was a master of nuance and meticulous about acting technique. He had a special gift for characters with a streak of melancholy (as in Last Holiday) or mischief (The Lavender Hill Mob), prodigious intelligence (Marcus Aurelius in The Fall of the Roman Empire or John le Carré’s spymaster George Smiley) or unbending principle – as in The Bridge on the River Kwai, or as the uncompromising painter in The Horse’s Mouth, for which Guinness received an Oscar nomination for best adapted screenplay.

Often seen in disguise, Guinness could convincingly turn his indefinable, malleable face to any point on the moral spectrum. He was a natural as wide-eyed innocents (like the beguiling Herbert Pocket in Great Expectations, G.K. Chesterton’s detective priest in Father Brown or the eccentric scientist in The Man in the White Suit) and as heroes (like Obi-Wan Kenobi, the Gandalf-like Jedi knight of Star Wars). He was also unerring as sly, deadly criminals, bullies and schemers, whether deeply sinister (Hitler in Hitler: The Last Ten Days, or the blind, predatory Mr Todd in A Handful of Dust) or plain comical (the hideous Professor Marcus in The Ladykillers).

Private and self-effacing, he shied away from the limelight. He was knighted in 1959, was made a Companion of Honour in 1994 and died in 2000, leaving a unique and indelible stamp on British and world cinema. His colourful portraits of rogues, heroes, sneaks and dreamers form a gallery that never seems to lose its vitality and charm. Here are 10 of the most memorable… 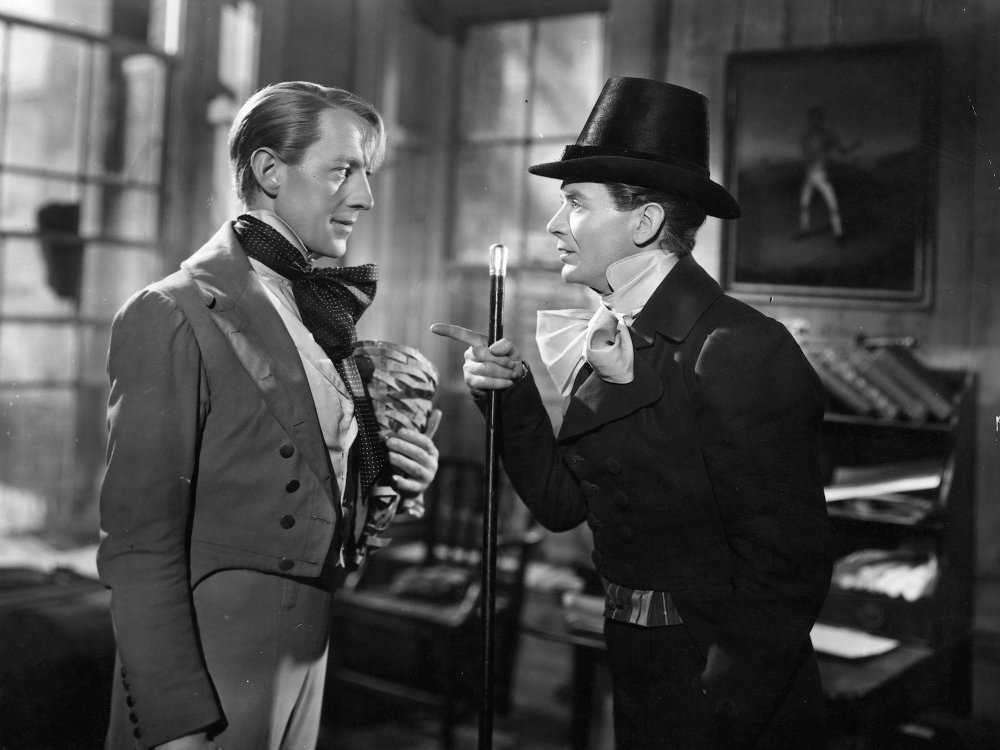 Guinness’s first scene in his first film role is, aptly, a moment of introduction. As the boyish gentleman Herbert Pocket, he bounds up a flight of stairs to meet his new lodging companion, Pip (John Mills). Guinness captures Dickens’s description exactly, conveying “something wonderfully hopeful” about him: “He had not a handsome face, but it was better than handsome: being extremely amiable and cheerful.” Guinness had adapted the novel for the stage before his wartime Navy service. The film’s director David Lean and producer Ronald Neame had admired that production and duly offered Guinness this role. They went on to many successful collaborations over several decades. 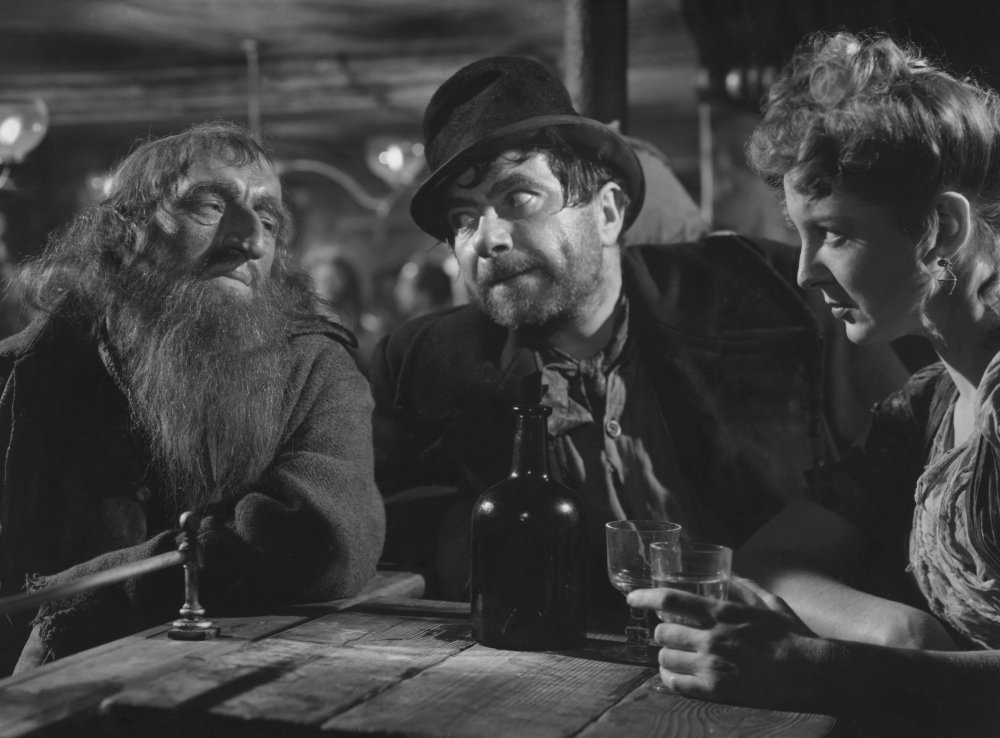 David Lean was puzzled when pale, young Guinness asked to play Fagin, Dickens’s grotesque old king of pickpockets, described in the novel as being shrivelled and Jewish, with a “villainous-looking and repulsive face”. A screen test won Guinness the part, and the result, based closely on the text and illustrations, brilliantly presents Fagin as Oliver sees him – funny at first, tutoring his boys in theft, but increasingly evil, and even murderous. The filmmakers were shocked when, in America, they were accused of anti-semitism. The US release was delayed for years, as other hands cut out the very comedy scenes which Lean felt humanised Fagin and had made the accusations untrue. 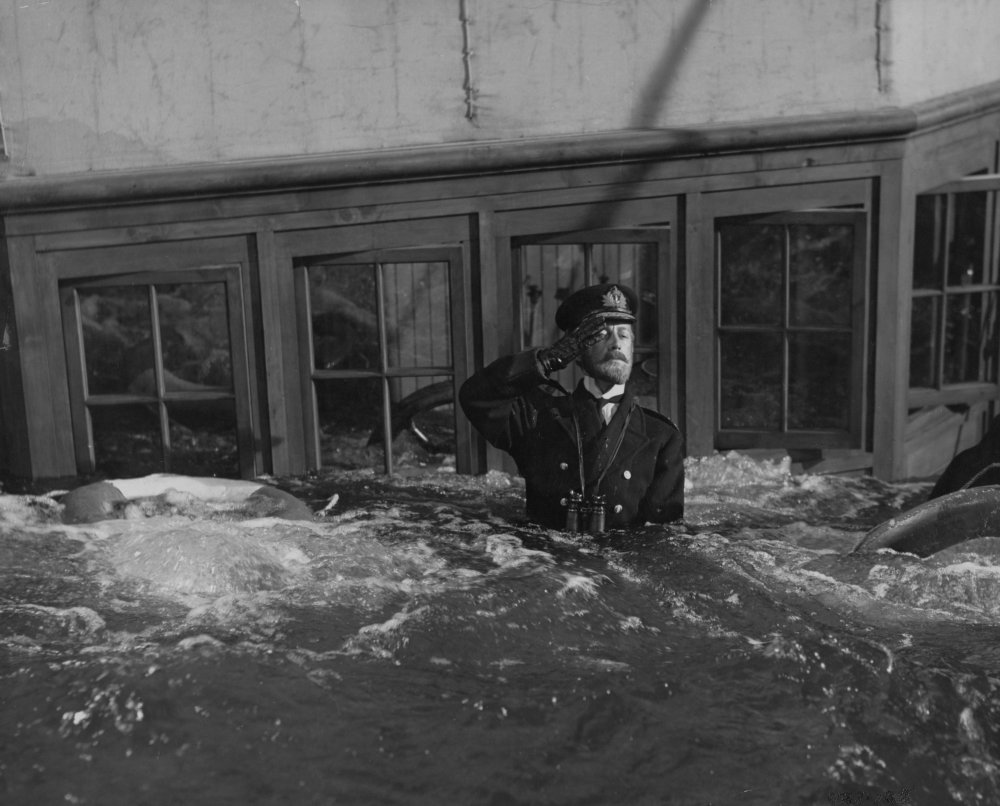 One of Guinness’s most celebrated cinema turns is among his most theatrical. He dresses up as nine assorted members of the noble D’Ascoyne clan in Robert Hamer’s elegant, black-hearted comedy about a vengeful outcast relation (Dennis Price) ingeniously murdering his way through his kinfolk to inherit the family title. Guinness ups the fun by making some victims (like the doddery cleric or the harmless photographer) far more sympathetic than others (the general, or the suffragette), bringing a degree of complexity to our amusement at the numerous demises. 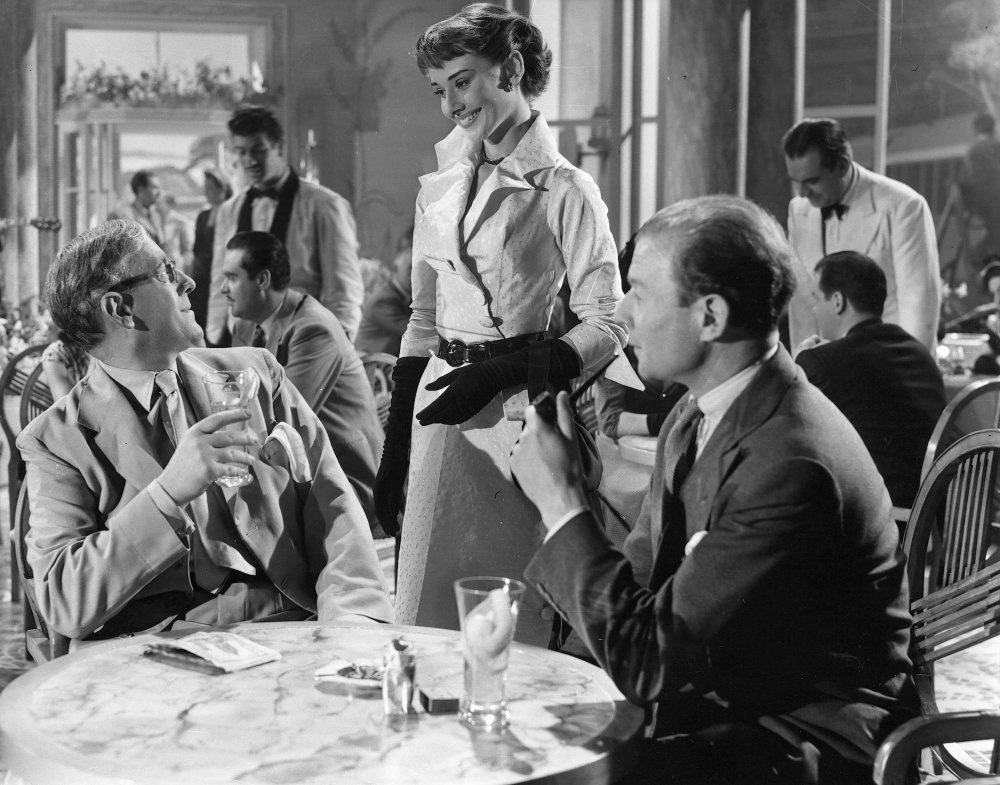 Guinness’s first Oscar nomination was for his role as baby-faced, speech-impaired bank employee Henry Holland, who hatches a plan to steal the gold bullion he is supposed to protect and smuggle it to France right under the authorities’ noses. Guinness makes Holland at once so dull he is believably beyond suspicion, and very entertaining to watch, his eyes frequently a-glint with wicked scheming. He expertly mixes comedy with suspense, whether enlisting his accomplices in the crime, or showing mounting bodily impatience when endless red tape at a French dock keeps preventing the thieves from boarding a ferry they must catch. 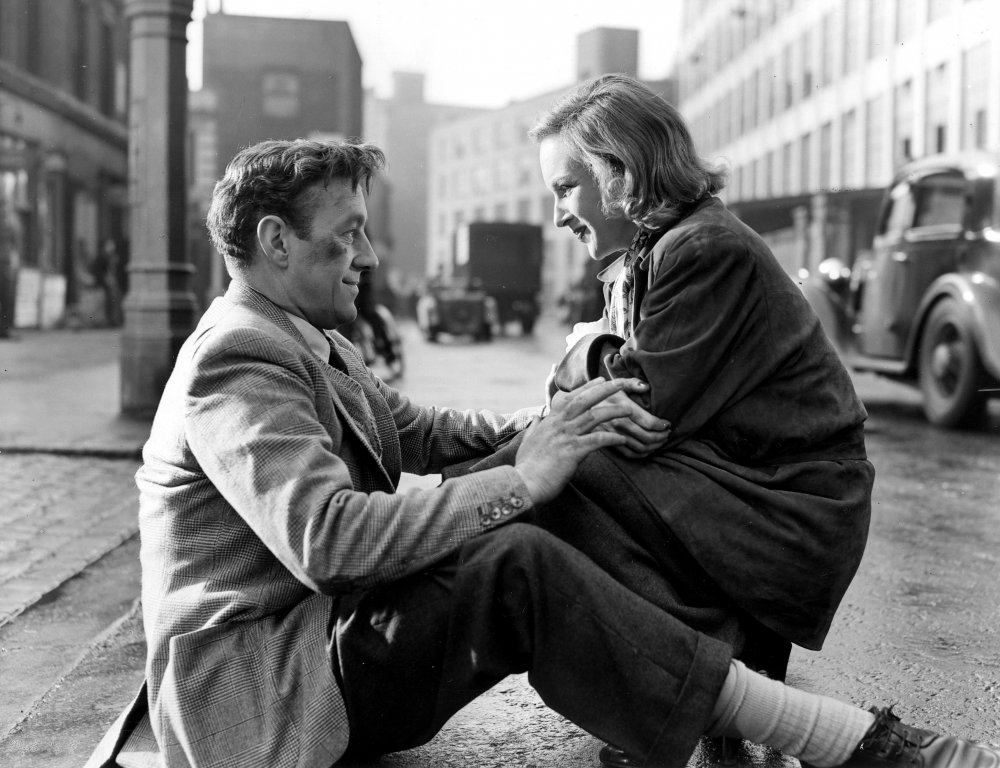 Guinness shines in this evergreen satire about the creation of a fabric that never gets dirty and never wears out. Misfit chemist Sidney Stratton goes from lurking in laboratories to being the boardroom champion, until industry bosses and unions alike grasp that his wonder cloth spells doom for their livelihoods. In his bid to share his invention with the world, Stratton is chased through the cobbled streets like a public enemy, aided only by an industrialist’s renegade daughter (Joan Greenwood) and a small girl who shares his innocence – a quality Guinness so beautifully projects. 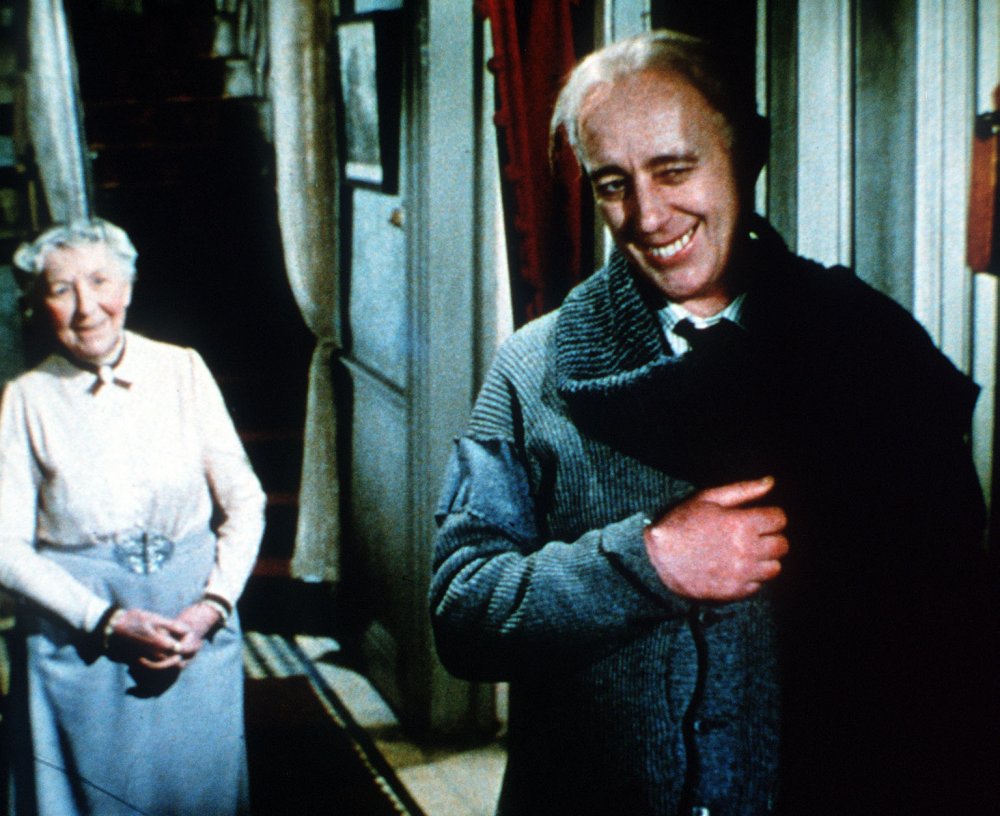 In one his most inspired and fondly remembered comedy roles, Guinness is a hoot as Professor Marcus, the ghoulish leader of a gang of disorderly robbers posing as a music quintet to fool their landlady (Katie Johnson) while they busy themselves farcically with crime. In a crowded field of very funny performances, Guinness both blends in and stands out, his funereal pallor, epic grey scarf and shocking dentistry making him look like Nosferatu with a bad cold. 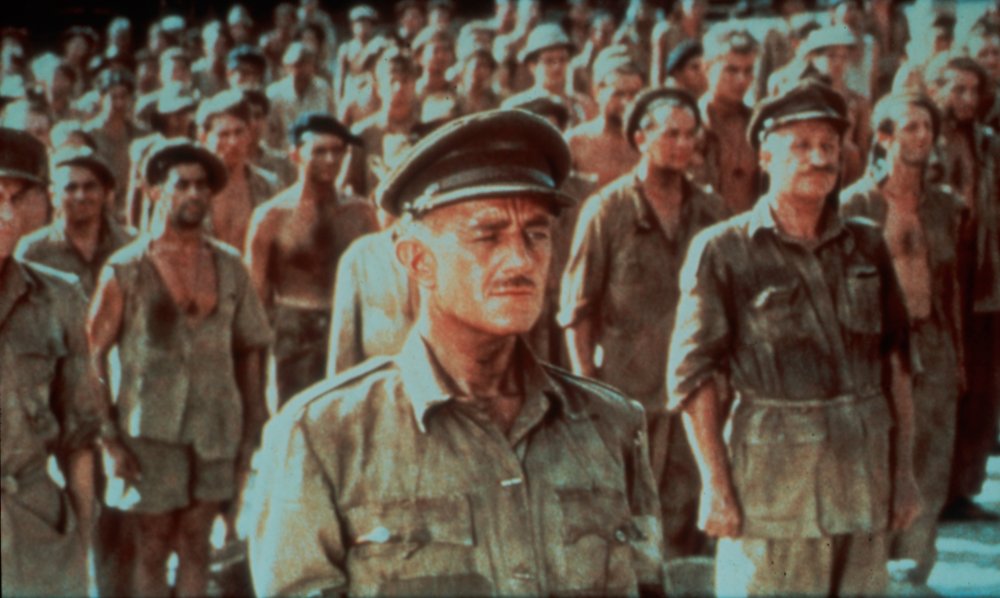 Though billed in the credits after William Holden and Jack Hawkins, it is Guinness who inevitably springs to mind in connection with David Lean’s classic jungle adventure set in a Japanese P.O.W. camp. Guinness won the best actor Oscar for his insanely disciplined Colonel Nicholson, who misguidedly agrees to take charge of the enemy’s bridge-building project. Guinness felt his performance needed a humorous edge, but Lean disagreed, and their relationship (spanning six films) remained a combustible mixture of affection and animosity. Charles Laughton, originally cast, dropped out and later said, “I never understood the part until I saw Guinness play it.” 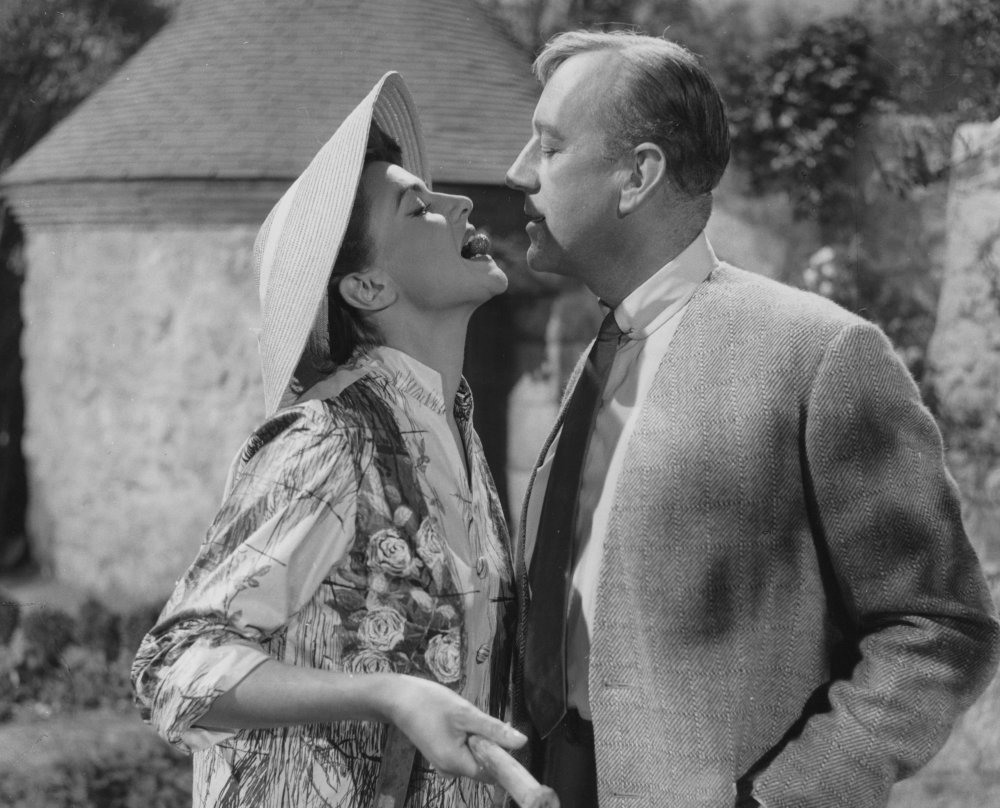 This adaptation (by Gore Vidal and director Robert Hamer) of Daphne du Maurier’s crime novel sees Guinness acting opposite himself, as both John Barratt, a meek teacher on a lonely holiday in France, and his exact double, the licentious count Jacques de Gué, who draws Barratt into a deception which brings unexpected peril for Barratt and benefit to the count’s unhappy family. Seen as a failure in its day, the film now has a mellow charm, centred on Guinness’s ability to play overbearing villains and kindly, everyday heroes (even in the same shot). 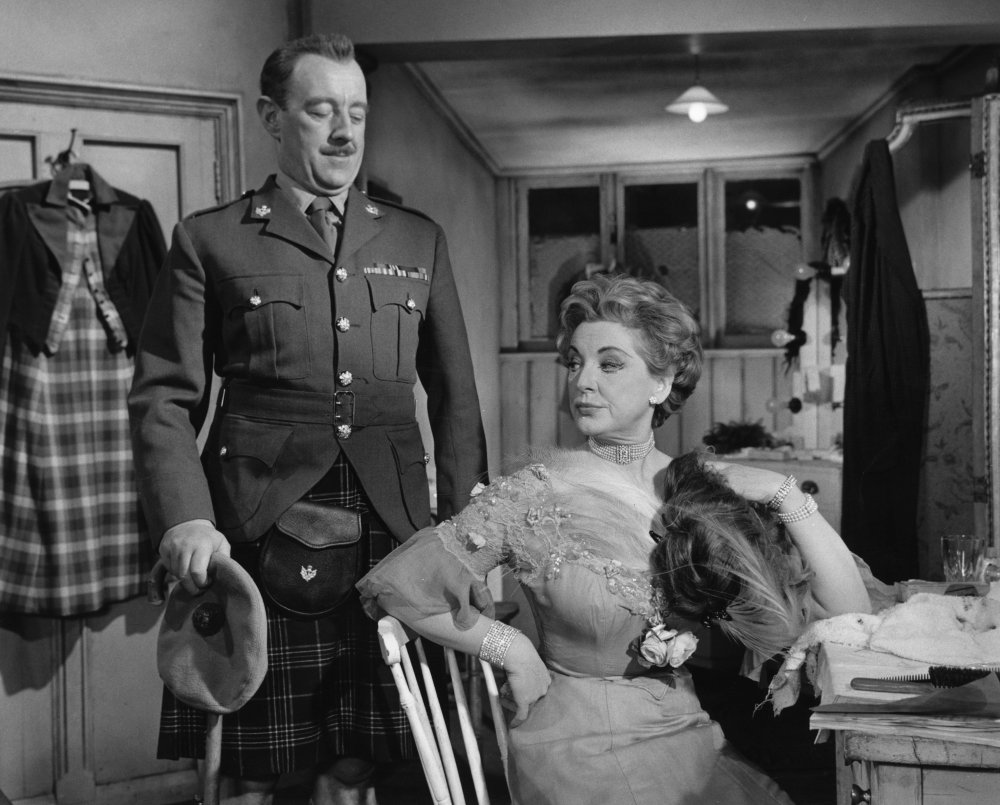 Ronald Neame’s gripping drama presents Guinness (in his own favourite performance) as the red-haired, hard-drinking Jock Sinclair, the bullying, sly, touchy lieutenant colonel in charge of a Highland regiment in a snow-clad Scottish castle. Sinclair is, however, proud of his boys and often bends rules in their favour. When his new superior Basil Barrow (John Mills) arrives and upsets everyone with his rulebook severity, Sinclair unwisely sets about making Barrow’s life a misery. Guinness is in top form, by turns infuriating and endearing, bluff and bellowing, drinking and dancing, and through sheer body movement he makes the final moments – in which we don’t see his face – extremely moving. 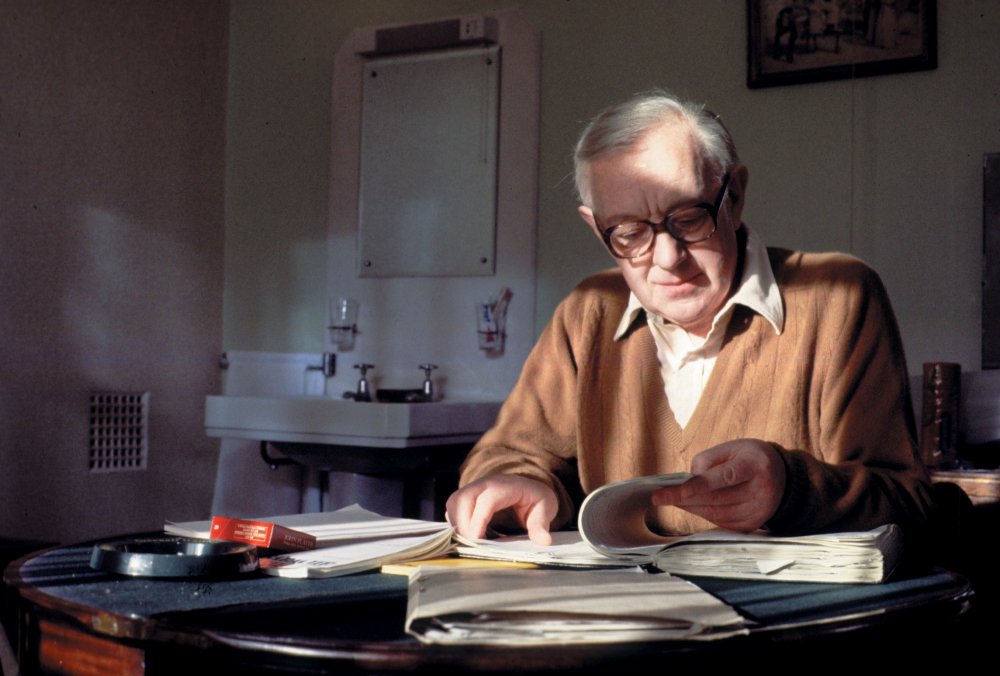 Guinness’s characters are often secretive and watchful, and he could convey superbly the invisible art of thinking. Nowhere was this better exploited than in his two BAFTA-winning portrayals of George Smiley, John le Carré’s down-at-heel British spymaster. In the BBC’s duo of acclaimed television series, Smiley ferrets out a mole in MI6 and attempts to outwit his Communist nemesis Karla once and for all. As Smiley listens to his contacts, storing and evaluating their words, the viewer believes utterly in the authority he holds at the heart of western espionage. Making Smiley’s cerebral stillness so riveting was the ultimate proof of Guinness’s greatness as a screen actor.