Vita & Virginia: ‘Just because something is set in 1928, it doesn’t need to feel like it was made then’

As a re-imagining of the relationship between Virginia Woolf and Vita Sackville-West hits screens, we spoke with director Chanya Button about the life and love of her literary hero.

Button collaborated on the screenplay with playwright Eileen Atkins, who had previously written an epistolary two-hander play based on letters between the two authors. The film arrives 26 years after Atkins’ play ran in London’s West End and opens out the story to include many supporting characters including Vita’s mother, Lady Sackville, played by Isabella Rossellini.

We spoke to Button while she was making tea in her Battersea home during a short break from writing a new project. She explained what Woolf thought of cinema, why Orlando would have been an interesting test for personal pronouns and how her next on-screen work is another huge change in direction. 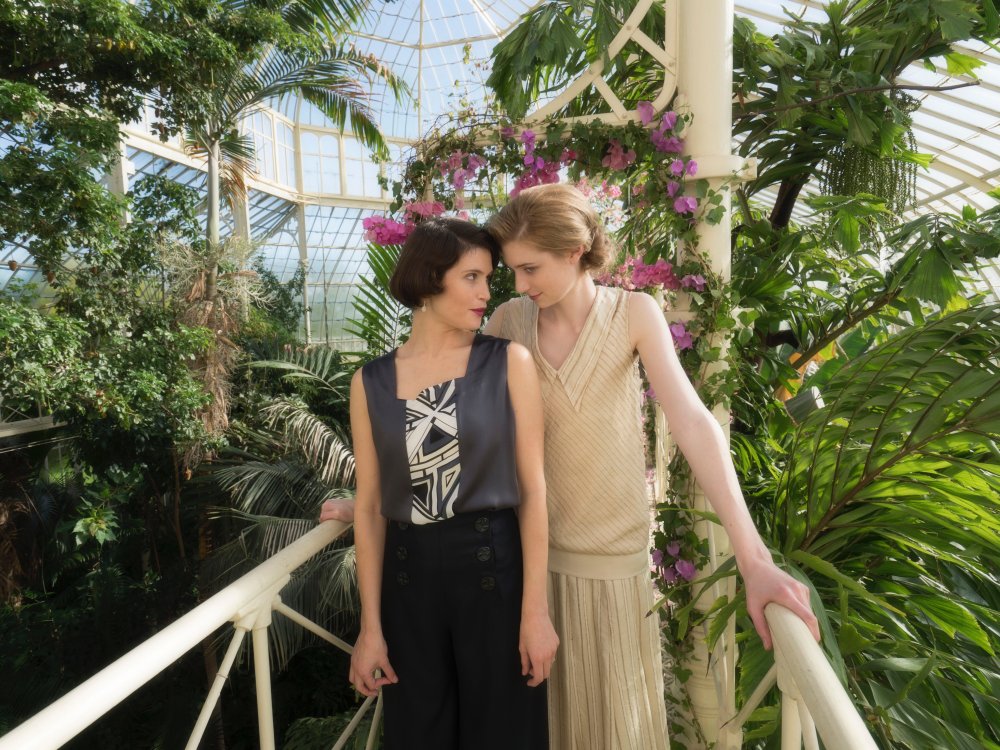 What attracted you to the source material?

Virginia Woolf has always been my favourite writer and I was desperate to work with Gemma. She’s a friend of mine, and she knew Woolf was one of my favourite writers. Eileen saw Gemma in a play – Nell Gwynn, in the West End – and thought she would make a wonderful Vita. She contacted Gemma about the project and Gemma brought it to me.

Why is Woolf your favourite writer?

She had such a profound eloquence and way of experiencing the world. My favourite pieces of her work are essays. In order to understand any experience she had, she wrote everything down. So if you want an answer to any theme, any experience you have had, there will be an essay that Virginia Woolf wrote about it. There is an essay about the cinema she wrote, which is one of the reasons I became a filmmaker.

What does the essay say?

She talks really eloquently about the philosophical value of film as a form and talks about it being the first time human beings could look at themselves objectively. Previous to making film, all art and literature was through the lens of a human being and the perspective of the writers’ pen or the artists’ paintbrush. Whereas, with film, she saw an opportunity to be truly objective about the human condition, because it was the first time that humans were able to look at themselves through a machine, rather than through another person’s eyes.

It’s her eloquence and way of looking at the world that I find so inspiring, particularly pertaining to the subject matter of the film, Vita and Virginia’s relationship, and the birth of Orlando. She’s somebody who suffered profound emotional and psychological challenges with her own mental health, and in this relationship that everyone thought would overwhelm her, her amazing creativity rode to the rescue and she was able to save herself. Her genius is what pulled her out of the darkest moments of being heartbroken and confused and in the tumult of this very overwhelming romance. So that’s why I love her as a writer. Her life was incredibly inspiring, and how she looked after herself was incredibly inspiring. 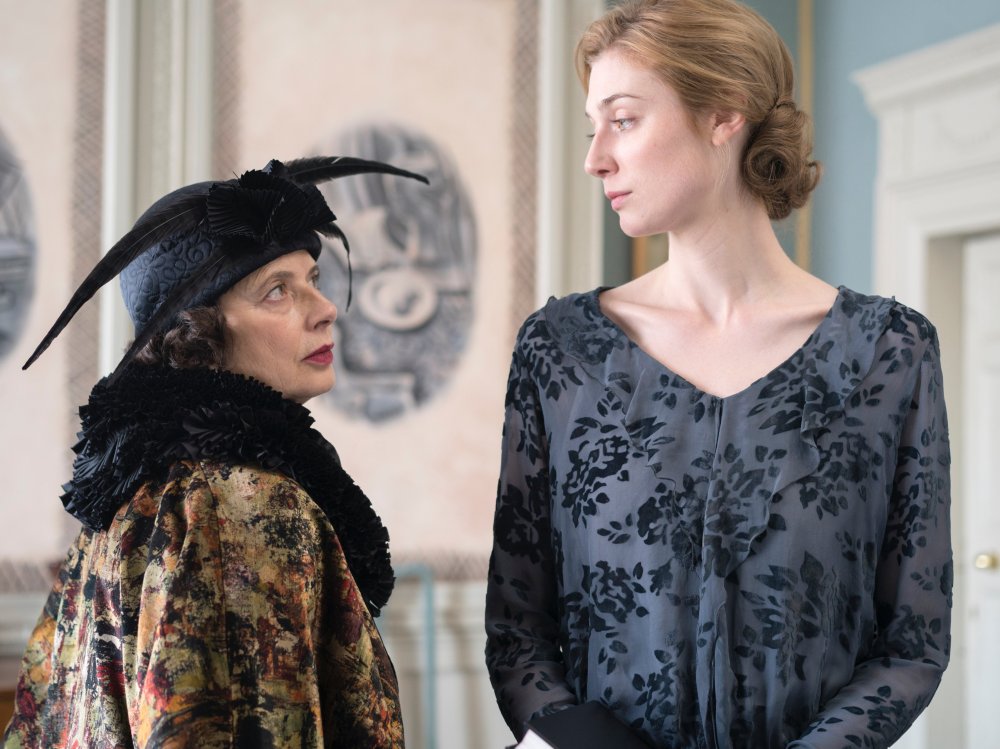 There’s a strong confessional element to her writing. It’s interesting to wonder what she would have made of today, where everyone has a social media account or a blog broadcasting their thoughts.

Absolutely. I often think as well about the subject matter of Orlando. In Orlando, Virginia wrote a book about Vita Sackville-West but without ever writing literally about Vita. The main character in that novel is set across 300 years. It starts off as a man, she turns into a woman, back into a man again and so on. I often think, “If she wrote Orlando today, what pronoun would she have used as the main character?” Would it have been a he or a she or they? With our modern understanding of the way gender works in the last few years, with our understanding of what it is to be trans, I wonder what Virginia Woolf would have done with the way that our language has expanded to accommodate that.

What were you hoping to achieve in getting your version of this story on the screen?

What I’d love is for people who have never heard of her to really enjoy her work and really enjoy this moment in her life. I also think as an LGBTQ romance, it’s really important for young people to look at great works of art and literature and great moments in history and really iconic people and see [that] the roots of who they are goes way back into ancient history and the history of art and literature.

These are two women that have an incredibly progressive approach to the institution of marriage and live progressive lifestyles, even for today. The film’s set in 1928 but should feel forward-thinking. With the work that Isobel Waller-Bridge and I did on the score, we’re hoping it will feel contemporary, resonant and relevant for the audience. Just because something is set in 1928, it does not need to feel like it was made then. 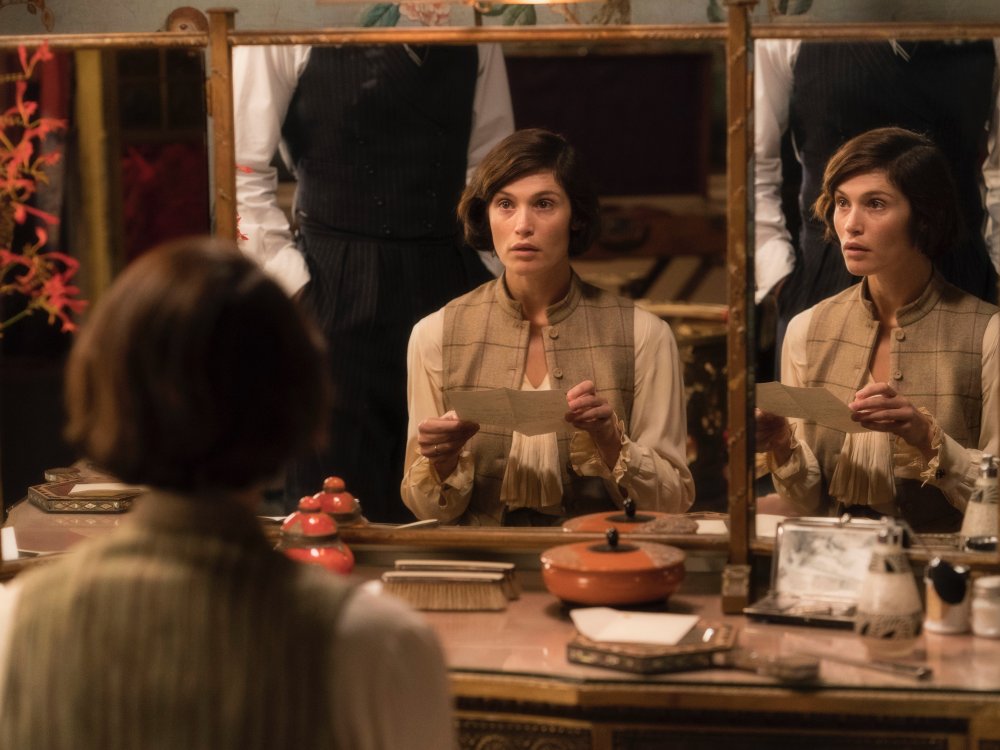 The film opened BFI Flare Festival back in March. What does the film say to LGBTQ audiences?

It’s an amazing festival, and being part of that audience was one of the reasons I’m thrilled to have made the film. The festival is a place where people can come and feel that who they are is celebrated, and they can feel safe and see work, tonnes of films that speak to them. I think that’s so important. Opening the festival, I was stood there alongside films like this, which is 100% why I made it.

What are you up to next?

I am just in post-production for a show for BBC One called World on Fire, which is a big period drama set in World War II. I directed some of the episodes that deal with the beach evacuation in Dunkirk and the Nazi occupation of Paris. So I’ve just gone from Virginia Woolf to World War II action sequences.