Under the Wire – gripping documentary about war reporters in Syria

BFI curator Steve Foxon talks to director Chris Martin and photographer Paul Conroy about the new documentary Under the Wire, an immersive account of Conroy’s time with the late war correspondent Marie Colvin in the besieged city of Homs. 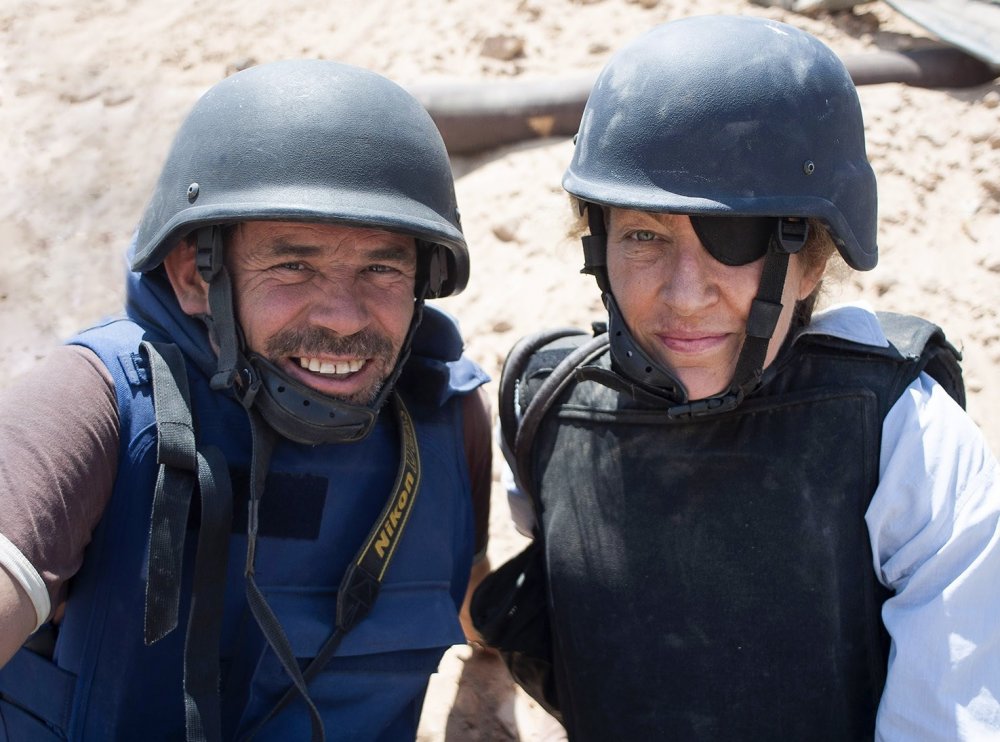 Under the Wire, backed with National Lottery funding via the BFI Film Fund, is in cinemas from 7 September 2018

It was the famed John Grierson who declared once to his contemporary documentary companion, Robert Flaherty: “You go do the savages at the ends of the Earth and I’ll do the savages in Birmingham.” Documentary filmmaking has moved on a great deal since their pioneering projects, yet between the ends of the Earth there are still a great many truths to be told and recorded. The efforts required to bring those truths to an audience, however, are less documented.

As news consumers today, we think we know what journalists and photographers do. We see it on our phones, on newsfeeds and on television. But Chris Martin’s latest film, Under the Wire – documenting Sunday Times reporter Marie Colvin’s final assignment through the words of her friend and accompanying photographer Paul Conroy – reminds us that we don’t really know the half of it.

You will recall Marie Colvin. She is the seemingly fearless journalist with the eyepatch who died covering the atrocities in Syria during 2012. Specialising in the Middle East, she had previously documented and reported on conflicts in Chechnya, Kosovo, Zimbabwe, Sri Lanka and East Timor. Like Flaherty and Grierson, Colvin had a thirst for bringing truths and desperate plights to the masses. As well as her newspaper reporting, she wrote and produced documentaries, including Arafat: Behind the Myth (1990).

Watch the Under the Wire trailer

The incredible thing about Under the Wire is that it tells us what we don’t know. It shows us the danger, the desperation, the personal fear buried under a thin bravado, hidden by a driving force to do the right thing, to get that story to an audience. It shows us the trust, the friendships and the kindness of strangers that reporters and photographers experience while carrying out their work.

Under the Wire is no run-of-the-mill documentary – it’s cinema that grabs you, pulls you to the edge of your seat and puts you in the airspace right next to Conroy as he relives his story of human spirit in the face of atrocity. It puts you in Homs in an immersive experience that will keep you gripped until the credits roll.

“It was an emotional but ultimately rewarding experience”, says Martin. “I remember sitting down to read Paul Conroy’s book, Under the Wire, on which this film was based, and giving myself three days to read it – I couldn’t put it down.”

“We had very little budget in the beginning, we filmed the master interview in an arts centre above a bar in south London. Paul poured out an unbelievably intense and emotional story of his time with Marie Colvin in the besieged city of Homs.”

The central core of the film, the interview, is tightly framed and draws you in so close that you feel you can smell the cigarettes. This is Conroy’s story and you are there with him for the journey. There’s some astonishing archive footage here too, which had to be tracked down from a great number of sources. Conroy had brought some of his own unique footage back from Syria with him, though much had been lost in the bombing that killed Colvin. Despite this, Martin’s team managed to source over 500 individual supporting clips to map the two-week period of Conroy’s journey. A large amount of archive footage had to be extracted from Jordan via Turkey. 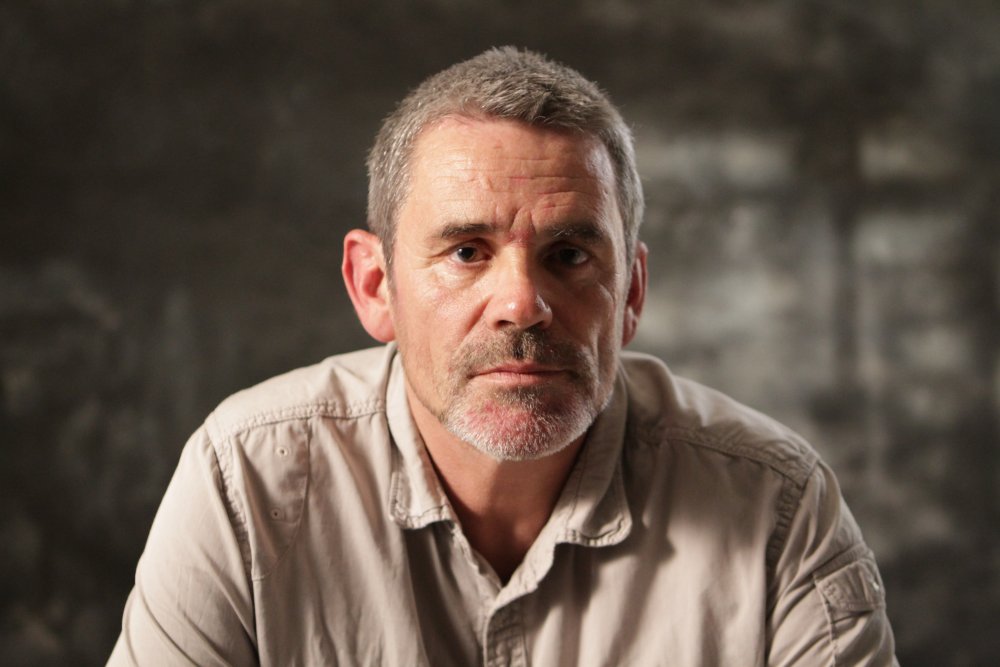 What must it have been like for Conroy, on his return, having spent so many years behind the camera, to suddenly find himself in front of the lens? When I put this to him, he reminds me that, after a 14-hour operation back home, every news crew with a camera wanted to talk to him – so that was a fear he got over pretty quickly.

But what of his condition? The ordeal in Homs had left him on the brink of death, with serious injuries. When I press him on this, he selflessly turns the attention back to the Syrian cause. Then, realising I didn’t get quite the answer I’d been looking for, he grins and tells me he’s been told to cut down on the cigarettes.

At Sheffield DocFest in June this year, when Under the Wire was screened for the first time, a packed house rose to their feet for a standing ovation – a rare occurrence for a documentary, but an apt response to a film that represents all that’s good about British factual filmmaking. I often wonder what Grierson would make of modern documentaries, but if his spirit is to be found anywhere right now, it’s surely here.