Eden star Pauline Etienne and debut director Toby MacDonald tell us about their charm-filled new take on the Cyrano de Bergerac story set in an English school for boys. 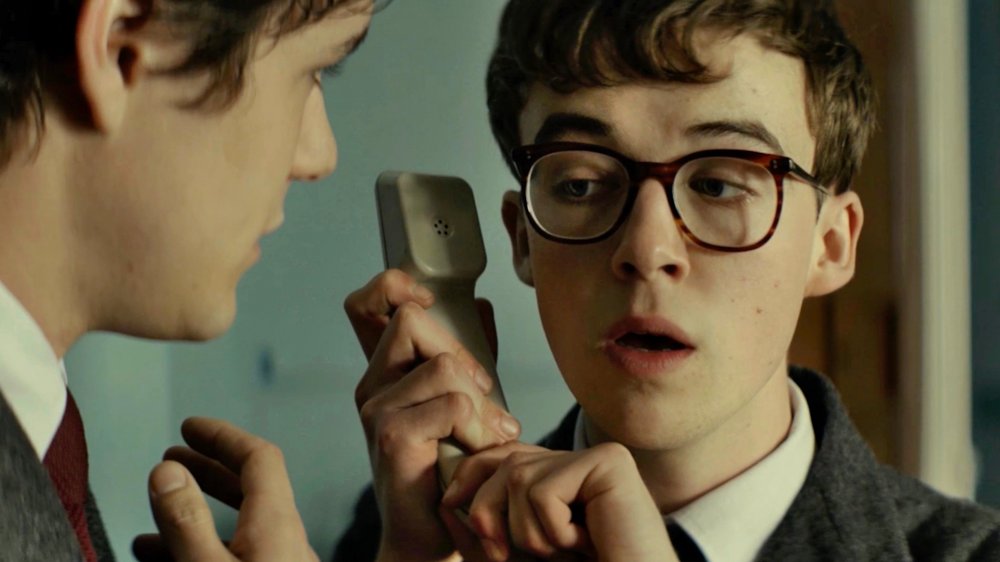 Old Boys, backed by the BFI Film Fund with National Lottery money, is in cinemas from 22 February

Find screenings including Q&As with Toby MacDonald and the cast

Loosely based on Edmond Rostand’s classic 19th-century play Cyrano de Bergerac, Toby MacDonald’s debut feature, Old Boys, transplants key elements of that story to a British boarding school in the late 1980s, albeit with some of the more tragic parts – the war and the bloodshed for starters – excised in favour of a more comedic update.

Old Boys follows Amberson (Alex Lawther), a scholarship student shunned by most of his peers and patronised by staff members due to his background. He meets Agnes (Pauline Etienne), the daughter of Caldermount’s new French teacher, Babinot (Denis Ménochet), as they move into their new home on the school’s grounds. Agnes develops an interest in Winchester (Jonah Hauer-King), a school hero classmate of Amberson’s, after she sees him reciting poetry in perfect French with, unbeknown to her, Amberson’s aid.

Although becoming smitten with Agnes himself, Amberson agrees to be a go-between for her and Winchester, delivering messages and offering to help Winchester, an outwardly assured though naive legacy student, with a series of correspondences, which range from traditional letters and diorama packages to short films.

Asked what informed the decision to set the film in the late 1980s, MacDonald suggests “that was the last glory period of sorts for this type of all-boys boarding school. I think they started having financial problems and then started having to let girls in. The other thing was we really loved the idea of letters, which is one of the central themes of the film and Cyrano; we needed to pre-empt mobile phones, as well. It also allowed us to be a little bit vague. It felt like there was a lot of design that had stayed the same for 60 years in those schools and that allowed us to keep that kind of timeless feeling.”

While the letter element from Cyrano is maintained, the play’s signature large nose that causes self-doubt in its romantic hero is missing. MacDonald maintains, however, that the spirit of the nose is still present. “We talked about that a lot when we were writing it,” he says of working with screenwriters Luke Ponte and Freddy Syborn, “but I think we always felt that the nose was adolescence. That awkward teenage quality was enough. When we were casting, we were thinking about that, whether it needed to be more extreme. But then with Alex, it was completely clear that his awkwardness was the nose.”

He describes rising star Lawther, whose recent credits include Ghost Stories (2017) and The End of the F***ing World (2017-), as “an extraordinarily cerebral actor. He’s emotional, but he also has this incredible silent-movie-like physicality to him. I was pretty keen to try and keep the frames wide for as long as possible to show that.”

Playing Agnes, Belgian-born actor Pauline Etienne makes her debut working in the English language. “We didn’t think it was likely that we could ever get someone as magnificent as her,” MacDonald tells us. “We were really lucky.” 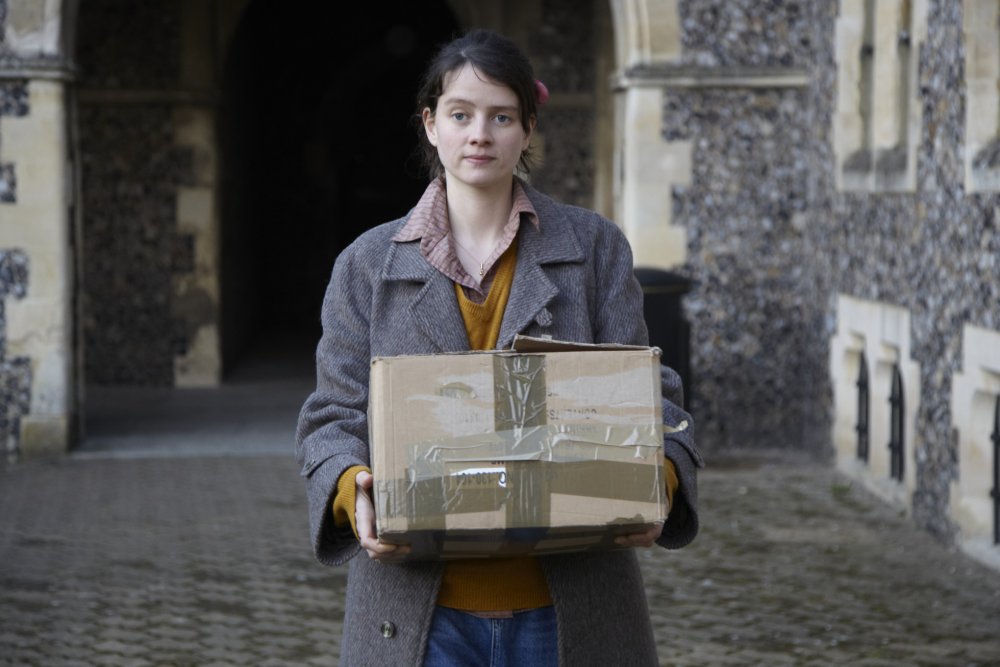 A César nominee for her performance in the 2013 adaptation of The Nun, she may be best known to British audiences for her key supporting part in Mia Hansen-Løve’s DJ drama Eden (2014). “It’s very interesting to work with her,” she says of her experience on the latter film. “We were doing a lot of takes again and again, and I love to work like that. I know some actors don’t like to do that, but it’s something I cherished.”

Amid this all-boys-school setting, Agnes is the only woman on screen for most of Old Boys. Etienne tells us being the only woman among the cast helped her fish-out-of-water performance in some ways: “I’m not used to it, and there really were a lot of boys. I mostly worked with Alex and Jonah, so I haven’t met all the boys in the film. But it was funny because I was not only ‘the girl’ but I was also ‘the French girl’, and it was my first time acting in English, so there was a lot of stuff for me to discover. I was a bit of an attraction [on set] sometimes, but not because I’m a girl, because I’m a French girl; because the English love the French, I think.” 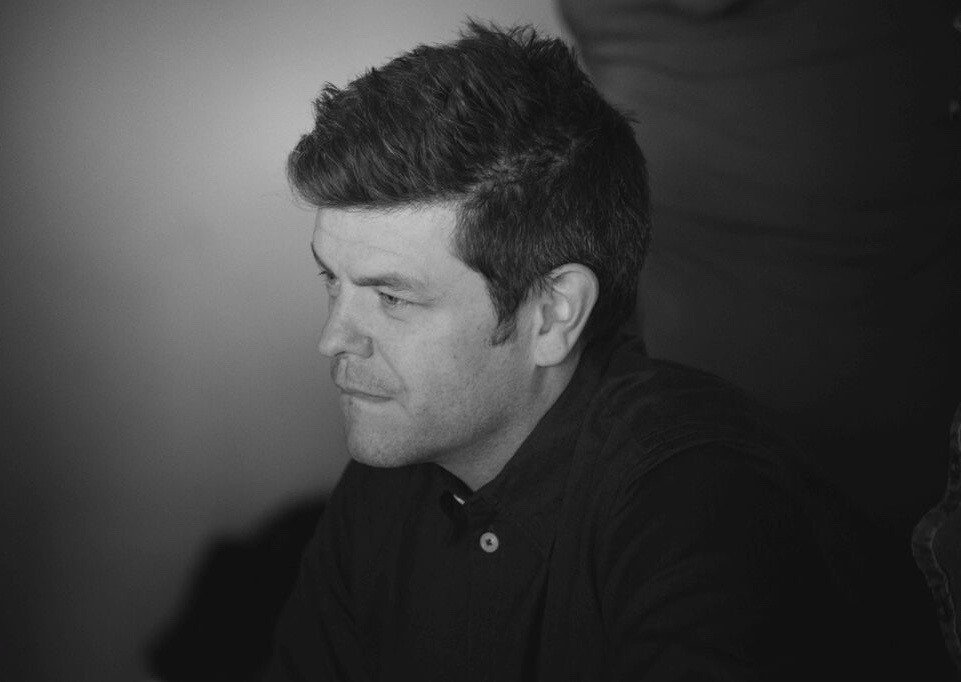 One major part of the film that Etienne didn’t get to dabble in is streamers, a sport created for the production that’s a violent cross between football and rugby played in water, which provides much of the boarding school’s entertainment and drives Amberson’s futile gestures at gaining respect from his classmates. Quidditch, this is not.

“It’s slightly less glorious and magical than quidditch,” MacDonald says of streamers’ potential to inspire as much attempted real-life recreation as the Harry Potter franchise’s signature sport. “Lots of these games were made up at these schools and then became the way that people are judged at them. We wanted something really violent and physical to show what type of school it was and to carry this preposterous notion of this boy; that was his way of chasing glory at the school. It was very cold; Alex was in the water for basically five days at the very start of the shoot. But yeah, the main thing was that it was chaotic and violent.” 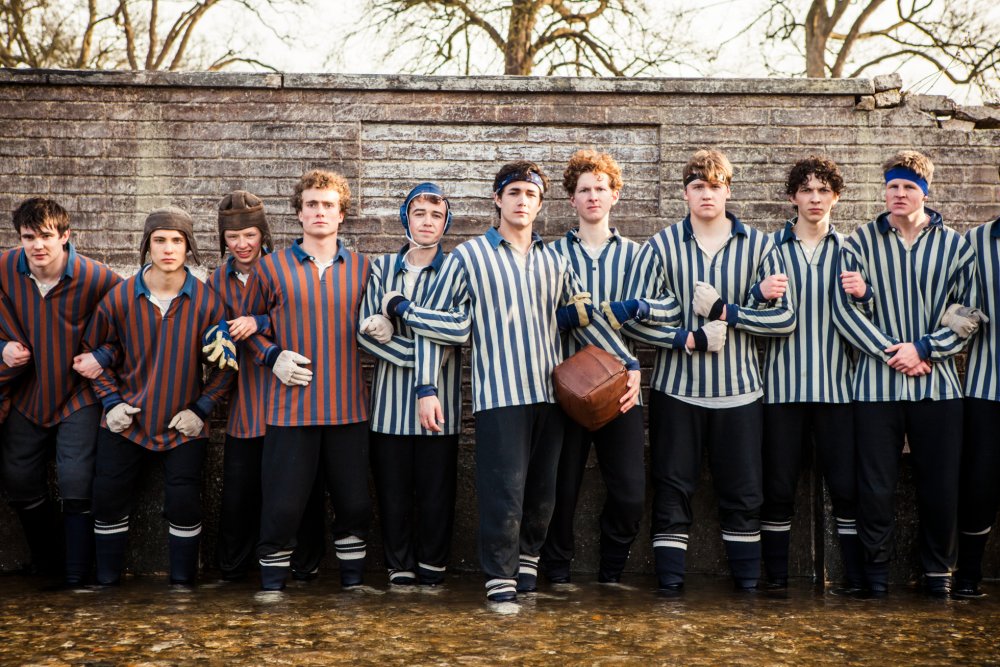 If the boarding school film lineage also links Old Boys with the likes of Lindsay Anderson’s If…. (1968), MacDonald suggests his approach to Cyrano’s themes of emotional repression was influenced in part by some other British cinema milestones.

“I’m a big fan of Powell and Pressburger,” he says. “Black Narcissus is one of the films I’ve watched hundreds of times. The Life and Death of Colonel Blimp is the other movie that has that sort of repressed emotional quality that’s quite moving. The way their movies approach Englishness was something that I’ve always been intrigued by. The fact that the co-screenwriter, Emeric Pressburger, was not English himself is really fascinating.”