A Syrian Love Story: ‘I felt like my life was in the hands of the gods’

Director Sean McAllister on his award-winning documentary and the challenges of shooting in the Middle East.

Backed by the BFI Film Fund, A Syrian Love Story is in cinemas and on BFI Player from 18 September 2015.

Sean McAllister is a master of unearthing fascinating stories in countries engulfed in civil revolutions. His award-winning documentaries have taken him to a slew of countries in the Middle East during turbulent times, including Iraq and Yemen, but it’s his latest turn behind the lens for A Syrian Love Story that offered up one of the director’s gravest challenges to date.

Filmed across five years, the revolutionary documentary (which snapped up the prestigious Grand Jury prize at Sheffield DocFest in June) is a potent portrait of a family as they flee Syria during the ongoing civil war while chronicling their ability to cope with the pressures of leaving their native and beloved land for their own safety.

“I was really struggling to get this film commissioned,” recalls McAllister. “But I wanted to explore secular Syria.”

McAllister says that had the documentary been commissioned at any point, it would be an entirely different film.

“It would have been a film about that year and the Arab Spring,” he says. “Ironically the film is better for audiences because it wasn’t commissioned. For the first time in my life, I have a collection of material from over five years.”

McAllister first met his subjects for A Syrian Love Story, which he also co-produces with Elhum Shakerifar, in 2010. He was shooting the documentary The Reluctant Revolutionary in Yemen for the BBC and at the time, Syria was on the cusp of an uprising. 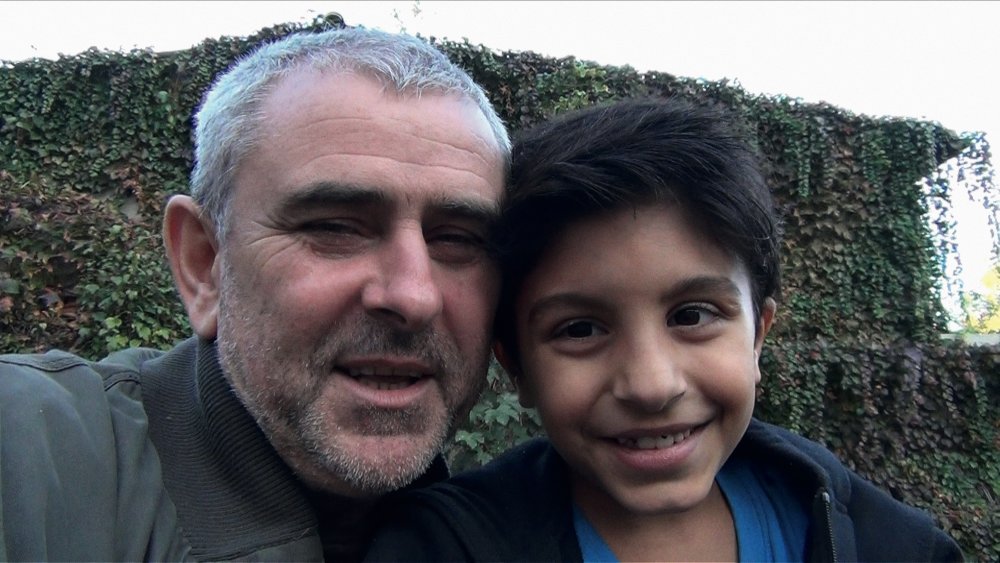 “I went to Damascus and I was driven to film Amer, and there were people sniffing at the commission, wanting more newsy shots,” McAllister recalls. “I delivered the story on Yemen but they [the BBC] weren’t interested in another Arab story so they passed on a story on Syria.”

But McAllister was fascinated by Amer and his wife, Ragda. The couple first met first met when they were locked up in a Syrian jail for daring to speak out against an oppressive regime. To McAllister, Amer and Ragda were a modern day John Cassavetes and Gena Rowlands in Love Streams (1984), and it is their relationship, as much as the wider political context, that inspired him to document their lives.

He embedded himself for years, working undercover with a tourist visa and filming the couple and their four sons firstly in the Syrian capital of Damascus, Tartous and then Yarmouk, the Palestinian camp on the outskirts of Damascus. Subsequently he travelled to Lebanon and then France, where the family relocated. During these trips, he began to map out a bigger-picture film on Amer and Ragda and their plight.

But the journey wasn’t a straightforward one. In October 2011, McAllister was arrested in a Damascus café, blindfolded and imprisoned for a week.

He lost much of the footage that he had captured and while being interrogated in prison the risks of documentary filmmaking in the Middle East were made rapidly apparent. “I felt like my life was in the hands of the gods,” he says. “I did think at some points, ‘Why did I do this? What about my family?’ And I also thought ‘Why Syria?’” 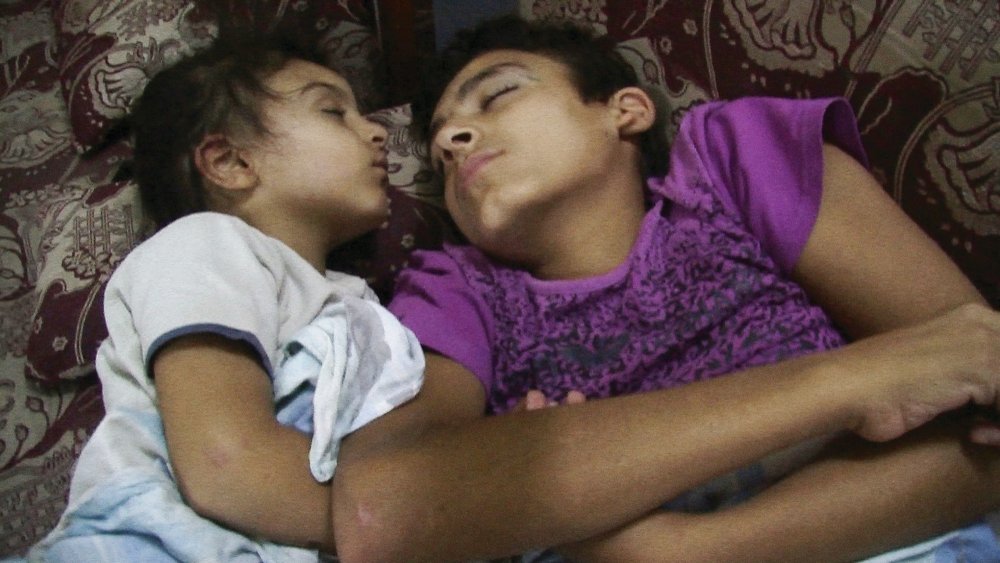 Being in a country ripped apart by civil war and hostile towards the west meant that McAllister had to think of ways to protect the footage and get it back to the UK.

“I used a £300 camera from Damascus that I bought in the Sony Centre. I would download footage onto my laptop and then move it into the trash and would leave the camera in the city. If anyone did a comprehensive search they could have found it.

“I also left two different hard drives with two different people. We were constantly debating how aware the government was to our presence, but more than anything they want you to feel like you are being constantly watched, even if you aren’t.”

And while this film may not have been as dangerous as docs he made in Iraq (The Liberace of Baghdad) and Yemen (The Reluctant Revolutionary) – “there were bullets flying and people dying in the streets for those” – A Syrian Love Story has caused him to reflect on the danger of the work he does: “When you edit a film, it always looks a lot more dangerous than it was at the time. I want to make more films in Britain now.”

Related to A Syrian Love Story: ‘I felt like my life was in the hands of the gods’