Saint Etienne and Paul Kelly on A London Trilogy

Filmmaker Paul Kelly and Saint Etienne talk about their unique trio of films documenting the changing face and disappearing places of the capital.

“I find it really hard to film London now,” admits filmmaker Paul Kelly. “I went to New York a couple of weeks ago and had my camera out all the time. If you’re a visitor to somewhere you can see it with fresh eyes. I find it hard to see London anymore because I’m so used to it.”

Rewind 10 years, however, and Kelly managed to do just that – see and feel the London of 2003 and bottle a precise moment of the ever-more rapidly changing city’s history on film. Made in collaboration with art-pop band Saint Etienne, Finisterre goes in search of “unlooked for pleasures” in the capital, mapping a lived-in London of timeworn shops and cafés, derelict housing estates and now long-gentrified neighbourhoods.

Together with two subsequent films that Kelly made with Saint Etienne, What Have You Done Today Mervyn Day? (2005) and This Is Tomorrow (2007), charting the pre-Olympics wasteland of east London’s Lea Valley and the regeneration of the Festival Hall arts centre respectively, this trio of London films – now released as A London Trilogy on BFI DVD – amounts to a valuable record of an evolving metropolis in its still recent past.

Kelly was himself in a band, East Village, when he met Saint Etienne’s Bob Stanley in the 1980s. “Bob was a journalist and he happened to come to one of our gigs,” Kelly explains. “He was actually watching the main band, who were called McCarthy. But he really liked ours and got in touch with us after that. I had a loose friendship with him for a while. I didn’t know he had any inclination to make music. We were the musicians! But he suddenly produced this song that he and Pete [Wiggs] had done. It was ‘Only Love Can Break Your Heart’ and I was like, ‘What the heck! Where did that come from?’ It would become a massive dance hit.” 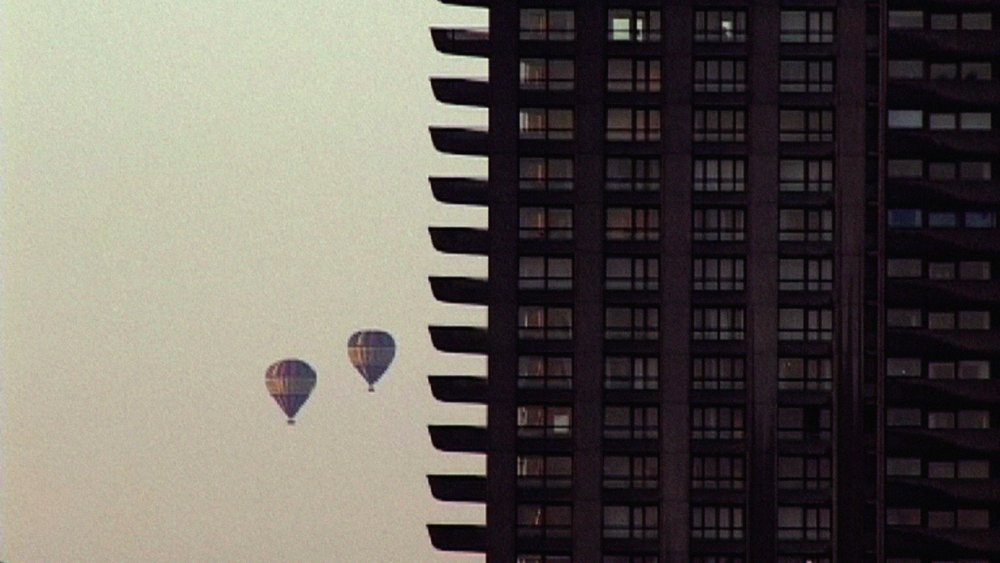 East Village declined as Saint Etienne gathered speed with their dance music-inflected take on English pop. Meanwhile, Kelly turned to his other love: filmmaking. “I’d always messed around with film,” he remembers. “I had a super-8 camera and used to make our own band’s videos. Budgets were quite low at that point and [Saint Etienne] approached me and asked me if I’d do a super-8 music video for them. They’d had a couple of high-budget videos done at that point but wanted to do something a bit more lo-fi. So I got £400 and did a video for them.”

That £400 was a snip compared with the figures often dished out by record companies for music videos – and, when they came to make the videos to accompany their 2003 album Finisterre, the disparity gave Kelly and his friends in the band an idea. “Over the course of an album, you’d get maybe three video budgets,” explains Kelly, “which even for an independent group might be £20,000 each. So you’d spend £60,000 on videos that nobody’s really going to see. The internet didn’t exist so they didn’t have any life beyond.”

“We thought we could put all the budgets together and make a film, so we approached the record label, Beggar’s Banquet, about doing this. They were lukewarm about it but went along with it for the first single, ‘Action’, so we made a pilot of the film. They didn’t really like it, but by that point we’d already bought the camera so we thought we’d continue doing it ourselves.”

Long-form films by pop bands didn’t have an illustrious track record. “There was a Style Council film called JerUSAlem (1987), which was terrible,” says Bob Stanley, “and the Pet Shop Boys’ It Couldn’t Happen Here (1988), which was incredibly dull. So it had been done, but not very well. And being rather cocky, we thought we could do a good job of it.” 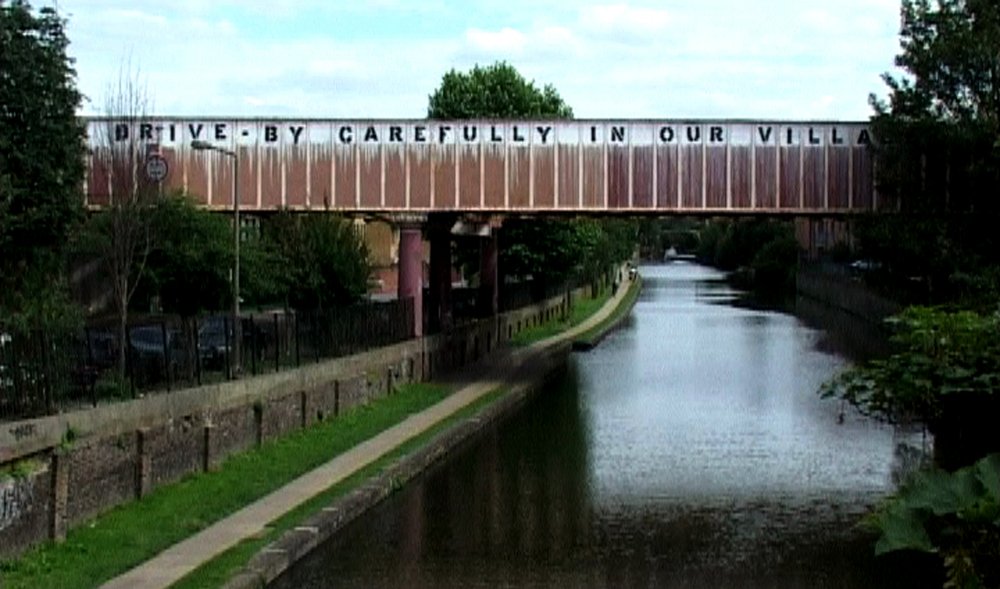 Kelly and the band had something more than a hubris-fuelled vanity project in mind. Instead, their minds were harking back to an obscure documentary called The London Nobody Knows (1967), featuring James Mason wandering around forgotten corners of the capital. “Paul and I remembered it being on TV when we were on the dole in the 1980s,” says Stanley. “It used to crop up on ITV in the afternoons. It was quite a common pub conversation to imagine what bits of London we’d film given the chance to remake it.”

Further inspiration came from Patrick Keiller’s London (1994), a more recent paean to the city’s neglected zones, made in the aftermath of the surprise re-election of the Conservative government in 1992. From this, Finisterre would borrow the idea of a slow succession of front-on shots of depeopled spaces, with an actorly narration intoning free-associative thoughts on the capital.

“We went round to Bob and Pete’s house and watched Patrick Keiller’s London and I just fell in love with it,” remembers Kelly. “It suited the approach that I wanted to take, which is that much slower approach to filming. The influence of TV had really taken hold in films, and even in documentaries: they cut really fast all the time. We wanted to slow things down a bit.” 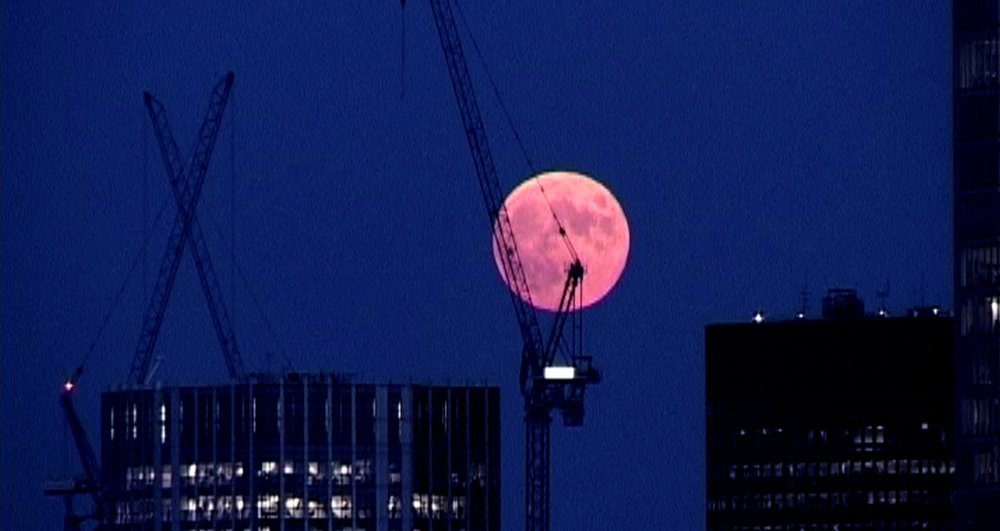 Despite the formal similarities with Keiller’s film, Finisterre is markedly more optimistic about progress in the city, filtered less through politics than by the music, record shops and gig venues that defined London for the band.

Says Stanley: “The Keiller film was lot more ‘capital P’ political, but it was filmed at a different time. The early 90s did feel like a very bleak period for London. It’s incredible how much in London changed between that and Finisterre. There were demos going on against the Iraq war, but London itself felt like it was booming and artistically very exciting – Hoxton and Dalston were starting to explode. There was so much going on. We didn’t set out to make an optimistic film about London, but all that imbues the film.”

“Musically, I’ve always found it very good to keep your influences on a particular song or album quite tight so you can keep focussed,” he continues. “With those two films [as inspiration], along with Paul’s eye for a great shot, we thought we could come up with something quite original.”

Kelly adds: “There was a lot of change going on in London, but we didn’t necessarily see that as a negative thing. London was being revitalised. But we wanted to document anything that we thought was going. At the time, there were lots of places that we thought ‘We’ve got to capture this,’ but by the time we got there it would be gone. There was a sense that things were going very fast. It seems to be changing even faster now, accelerating at a pace.” 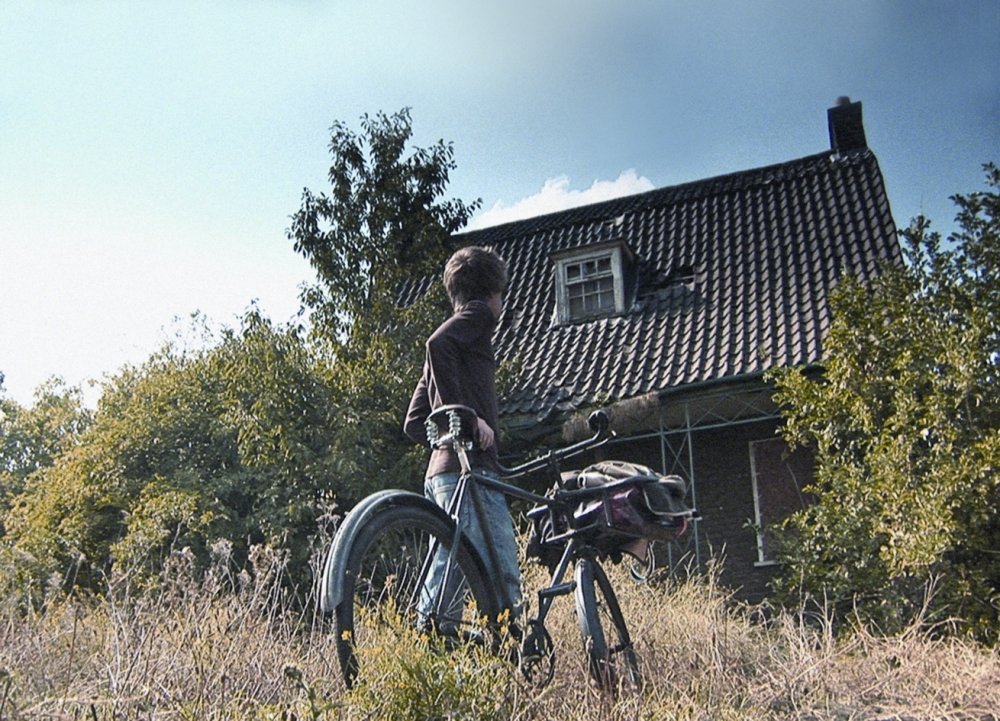 With such rapid change, Kelly and the band were compelled to return to filmmaking in 2005 to document the derelict wasteland of the lower Lea Valley in east London, which would soon be unrecognisably transformed into the site of the 2012 Olympic games. The shoot of What Have You Done Today Mervyn Day? took place over a hot summer, when the news of the successful London Olympics bid was followed hard by the 7 July bombings.

“With Paul’s filming, [the Lea Valley] looks much more attractive on film than it did when we were walking around,” recalls Stanley. “We didn’t get any rain at all, which meant that it smelt quite bad. There was centuries of pollution. Before they dug it all up for the Olympics, you could take a soil reading and any kind of poisons you could think of were off the scale there. You could smell it in the air.”

Like Finisterre, it’s a film which seems to greet progress, while mourning the loss of long-unchanged spaces which connect us to London’s past. “I’m often sad at something going,” says band member Pete Wiggs. “It seemed really tragic that the allotments were getting shut down. People had had them for 30 or 40 years and they were getting moved to a site that was nowhere near where they lived. A lot of the new development is uglier than what was there before, and the people that were there don’t really benefit from it because they can’t afford to live there or were moved to different areas. But I’m glad that everyone got on board with the Olympics and the amazing opening ceremony. It turned out to be a really positive thing.” 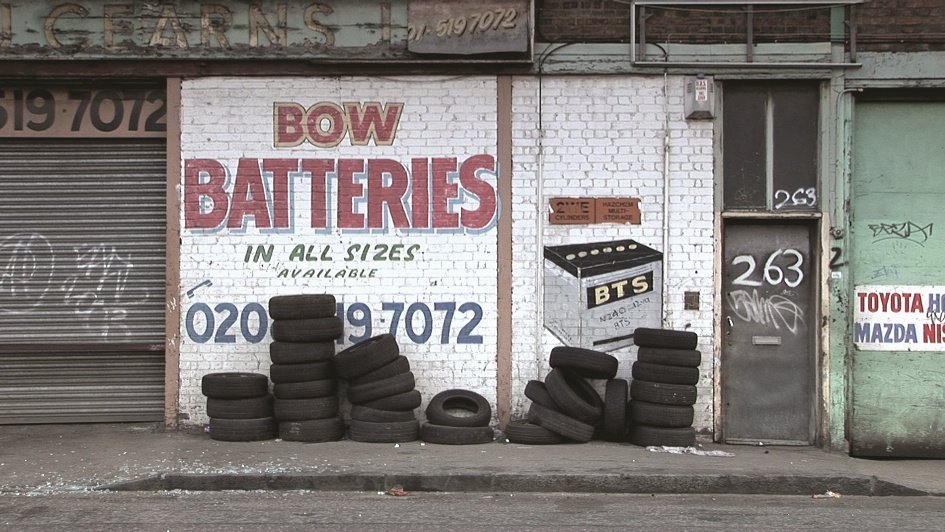 Paul Kelly is less certain: “I would like those spaces to remain as they are. I like the fact that there was this massive wasteland a stone’s throw from central London. But being realistic you know that’s not going to remain. Even if the Olympics bid had failed, it would still have been regenerated. I don’t like what they’ve done with it; I think it’s horrible. I feel sad that the legacy of that place is Westfields.”

When Jude Kelly, artistic director at the Southbank Centre, saw What Have You Done Today Mervyn Day?, she invited the team to the Royal Festival Hall to document the building’s refurbishment and tell the story of its historic construction for the Festival of Britain in 1951. This third film in a loose ‘London’ trilogy, This Is Tomorrow, received its premiere in 2007 after the reopening of the hall, with a soundtrack performed live by Saint Etienne.

“The Festival Hall was collectively our favourite building in London, so we were very pleased to be asked to spend a year there,” says Stanley. “We were lucky that so many of the original people who’d worked on it were still alive, in their 80s and 90s. [Designer] Robin Day and [architect] Jim Cadbury-Brown have both died since.” 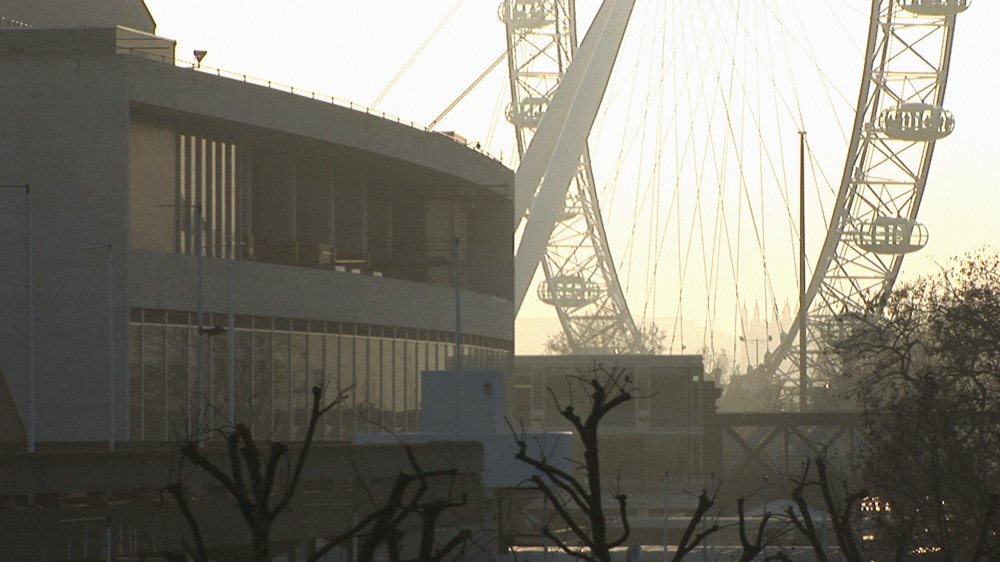 “Even the Festival of Britain site remained a wasteland for quite a long time afterwards,” he concedes. “When they knocked down the Dome of Discovery on Jubilee Gardens, that was left as a carpark. When we were working on the Festival Hall film that was still a dead space. It was only when they rebuilt the Tate Modern that that whole side of the Thames began to come alive again. Now it’s a tourist Mecca.”

Never intended as a trilogy, these three films seemed to grow out of each other, and out of their time. Only four years apart, the gleaming, renovated spaces of This Is Tomorrow feel a good deal closer to our present time than the grit and grind of Finisterre. “When I was putting the films together for the DVD release,” says Kelly, “I was amazed at how old-fashioned everything looked. Especially on Finisterre, it looked like another age. London looks really run down. That’s a lot to do with what we were filming, but you don’t see that level of dereliction around anymore.”

Noting a pleasing Russian doll-like progression in the three films, Stanley concludes: “When we were making the Festival Hall film, we realised that our first film was about the city, the second was about an area of the city, and the third one was about a building in the city. So the next one could be about a brick!”