Riz Ahmed on Mogul Mowgli: ‘It was like a Curb Your Enthusiasm moment put through a Muslim filter’

Riz Ahmed and director Bassam Tariq tell us about their new film Mogul Mowgli, a vital evocation of British-Asian experience in which Ahmed plays a rapper facing tough choices about his music career. 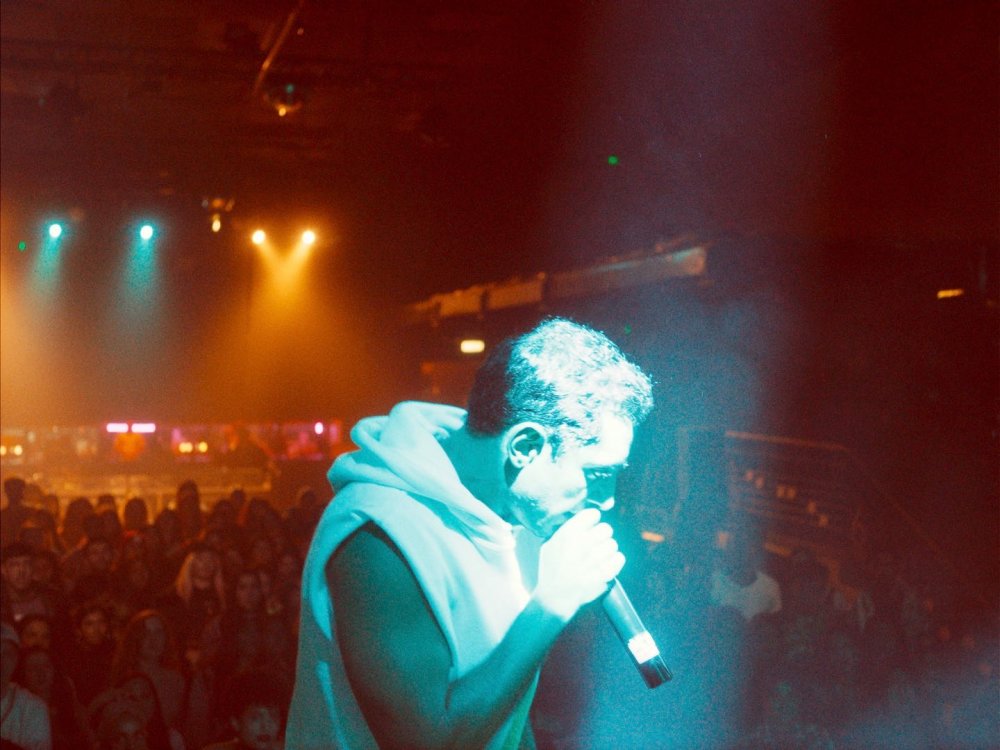 In Bassam Tariq’s Mogul Mowgli, Riz Ahmed plays British-Pakistani rapper Zed, a fierce MC on the cusp of a major tour and commercial success who returns to England on a family visit, only to be hospitalised with an autoimmune condition.

Making his fiction feature debut, following his 2013 documentary These Birds Walk, American director Tariq co-wrote the film with Ahmed, who also produced. Their collaboration has yielded a grimly hilarious and honest evocation of the British-Asian experience.

It’s the most personal film yet from Ahmed, who has had a doozy of a last decade, from starring in Chris Morris’s Four Lions (2010) to a sterling support role in Rogue One: A Star Wars Story (2016). The latter blockbuster was co-written by Tony Gilroy, who also directed Ahmed in the savage TV news satire Nightcrawler (2014).

We met Ahmed and Tariq after their film’s world premiere at Berlin Film Festival, where the good-humoured pair were happy to talk research, comedy and how a pivotal scene in the film was inspired by real-life events.

You collaborated on the screenplay. How did you develop the initial idea?

Bassam Tariq: It started a few years ago when Riz was in New York working on The Night Of (2016). I didn’t know if I wanted to work with actors. I always wanted to do things that were very naturalistic and make people do weird shit.

Riz Ahmed: Before you know it, it was all kicking off. Basically, I was very strangely manipulated into doing weird shit on camera and that’s why we’re at Berlin, the best city for it.

We chatted for years. We were thinking about similar things: family, art, identity, legacy, inheritance, the whole beautiful mess of being alive in our bodies on this creative journey – separated from family, separated from self but trying to move towards something that you think is going to make you whole, but actually the thing you’re looking for is waiting for you at home. 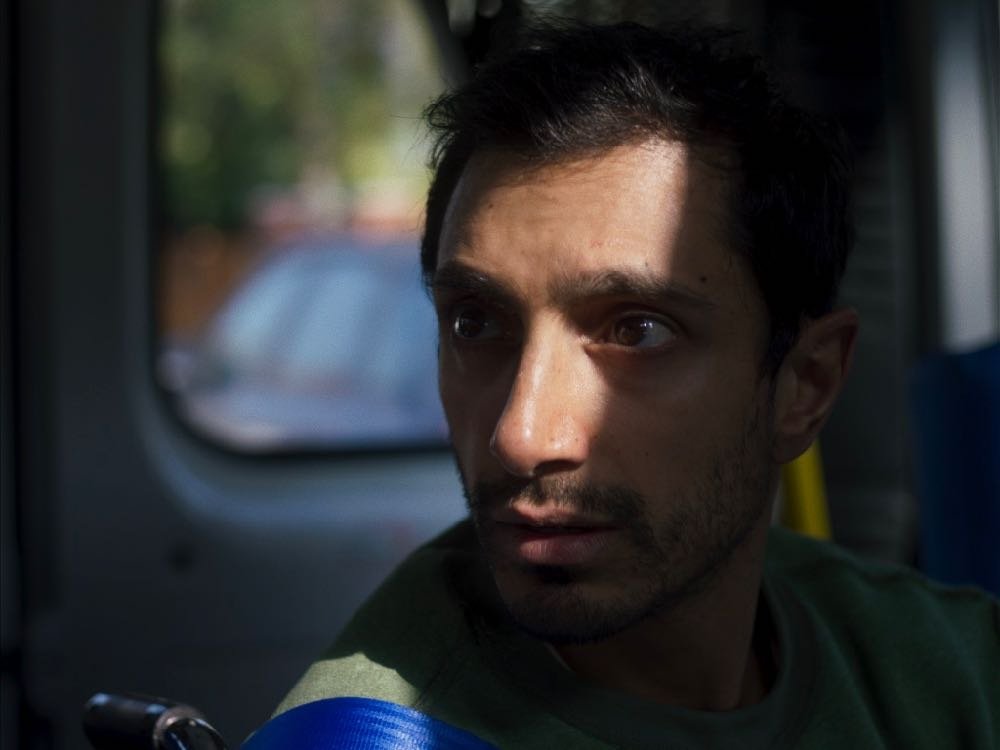 There’s a pivotal scene in which Zed meets a ‘fan’ who criticises him for using his left hand when he supposedly shouldn’t on religious grounds. Was this derived from any personal experiences?

BT: Yeah. I’m not necessarily a religious person but I get stuck in ritualistic acts. Once my friend was giving money to a homeless person and he handed it with his left hand and I was like “Dude, how can you do that?” You’ve gotta give money with your right hand. He was like “What the fuck dude, I just gave money to someone.”

RA: It’s an interesting thing when people get bogged down in ritual. It’s basically OCD. That’s what OCD is: a desire for control, a desire for structure. You often find that people who are adrift in some way or another get really hung up anchoring themselves in rituals.

The way the world has gone in the last 20 years or so, there is a generation who are maybe more religious than we were growing up, as a way of anchoring themselves in a scary world. For good reason, quite frankly. There probably isn’t enough spirituality in the world.

There is this interesting generational clash you sometimes find now where you’re being told by your 13-year-old cousin how you should eat or that you’re praying wrong. Or this certain deodorant is forbidden because you’ve got alcohol in it. It’s not a new thing: Hanif Kureishi wrote about it in ‘My Son the Fanatic’; he wrote about it in his essay ‘The Word and the Bomb’; how a retreat into fundamentalism is a way to be both a rebel and a good boy at the same time, an unimpeachable position or stance. You can tell your parents what to do. They can’t tell you shit. You’re rebelling but you’ve got the authority so it’s quite a powerful spot to take on the mountain. 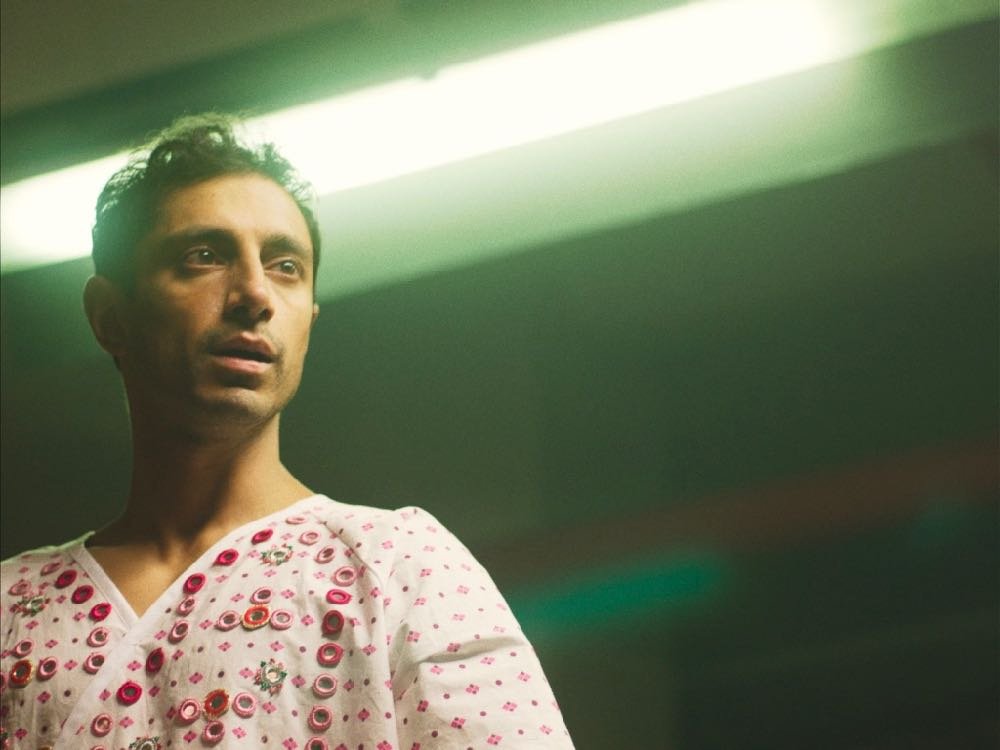 Have you ever had any experiences like this scene?

How did you weave the comedy into what is otherwise a serious film?

RA: I reckon it’s part of life, that’s the truth of it. What’s that quote? The difference between tragedy and comedy is timing? It’s gotta be on a knife-edge because that is a part of our frailty. 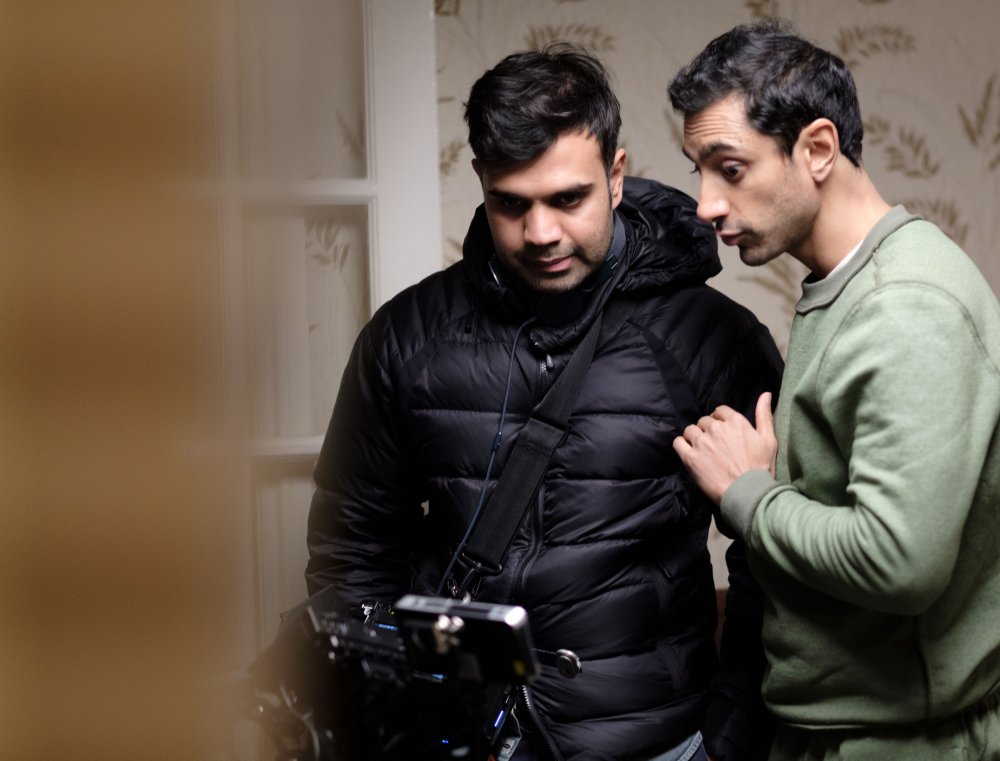 How much of the hospital scenes were researched and how much came from personal experience?

RA: It’s always a combination of stuff in your life and people in your life. Something that I started looking into was that people who live in diaspora have a much higher incidence of autoimmune conditions. I thought that fascinating and tragic because what it’s saying is your autoimmune condition is your body attacking itself, your body not recognising itself, your body not accepting itself. It’s the identity crisis played out on a molecular level.

On top of that, in Sufi mysticism there’s an idea that illness is a way of cleansing the soul and this is a journey for this person from being ego-driven to being more selfless.

Throughout the film there are magical realism flourishes. Why did you bring these into the film?

RA: This is a film about a British person but somehow the mould of classic British social realism wasn’t the right form for the content of the story and all the rich cultural heritage that’s in there. It’s also a film about someone who wants to be an American rapper, but making it in the mould of an American comedy like 50/50 (2011) or Almost Famous (2000) didn’t feel right either. It’s about someone from a south Asian background, but it’s not a Bollywood film either.

What we’re trying to do with this film – and I hope what we continue to do as we find and create our projects – is articulate our own language cinematically, drawing on all those influences and traditions. The story is about someone trying to articulate their identity and struggling to do that.

That’s also what the filmmaking process is: trying to take the DNA strands of all these different traditions and try to bind them into something that has its own voice.