Ridley Scott: ‘Stand outside and look at the galaxy and we’re it? Don’t be silly. We cannot be it’ 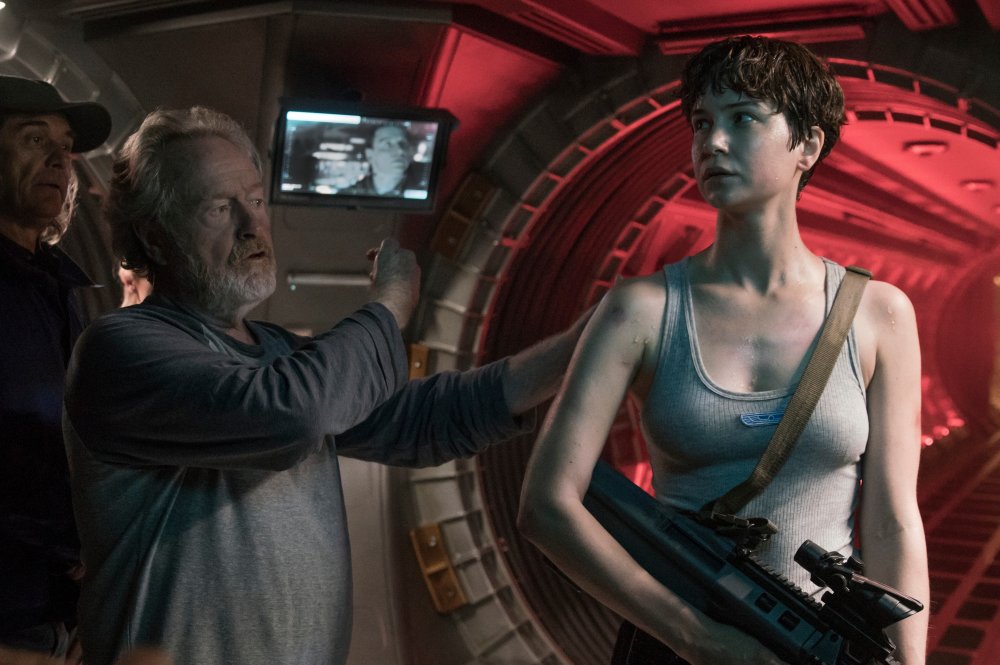 Ridley Scott and Katherine Waterston on the set of Alien: Covenant (2017)

A conversation with Ridley Scott is meandering, tangential and hilarious. Each sentence Scott begins races away with the breakneck velocity of a murderous xenomorph pouncing on its prey. Then it abruptly stops, before clattering off again down a different discursive corridor.

The veteran filmmaker’s infectious bonhomie is initially unnerving. One might expect the director of films as revered as Alien (1979) and Blade Runner (1982) to take himself too seriously or be a slave to ‘the art’. Yet Scott’s career has always been about giving people what they want. Scott says he made 2,000 commercials before shooting The Duellists (1977), which won him best debut film at Cannes Film Festival. That compelling historical drama ultimately won him the Alien gig, and it still stands up 40 years on. Since then, a range of exciting, character-driven features across genres, from road movie to crime to historical epic, have made Scott one of the most successful and best-known directors in the world. As with most prolific careers, there have been duds along the way, but it’s hard to argue with a cinematic CV that encompasses Thelma & Louise (1991), Gladiator (2000) and the perennially underrated American Gangster (2007) alongside his two early sci-fi masterpieces. 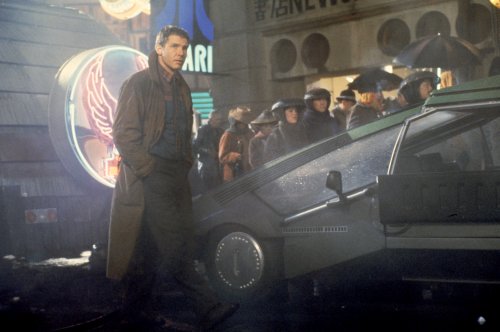 Remarkably busy for an octogenerian, Scott is also a renowned producer. His company Scott Free co-produced brooding period drama Taboo, one of 2017’s most memorable TV programmes. Scott says: “We’re already off and running and doing another one in January.” There’s also the small matter of Blade Runner 2049 and Murder on the Orient Express: the former, a long-mooted sequel to Scott’s future-noir classic, the latter Kenneth Branagh’s star-filled new take on the classic Agatha Christie story. Scott produced both, while each hit cinemas this autumn.

Recent years have seen Scott return to the sci-fi firmament with Alien prequel Prometheus (2012) and The Martian (2015). His latest film, Alien: Covenant, is a sequel to Prometheus. Set in 2104, it is the first of a trilogy that will eventually link up to the events of Alien. In this instalment of the space-horror saga, the crew on the colony ship Covenant are on their way to a distant planet when a freak storm wakes them from hypersleep, with casualties including the captain. The remaining crew repair the ship, intercept a message from a seemingly habitable planet much closer than their initial destination and set off to investigate.

It is no spoiler to say that events on the planet go awry, and bloodthirsty carnage ensues. The film tackles big themes like creation, faith and identity but, really, most punters are watching because they want to be terrified and thrilled while seeing unspeakable parasitic monsters go on the rampage. In this case, most punters will not be disappointed.

Of the ensemble cast aboard the ship, Michael Fassbender is exceptional as android Walter (and, indeed, another key character), while Katherine Waterston’s notional hero, Daniels, and Danny McBride’s pilot, Tennessee, provide the heart of the film and its most sympathetic characters. After the underwhelming Prometheus, it’s a return to form for the franchise. We quizzed Scott on what made a good alien film and whether he believes there actually are aliens out there. His answers, delivered in a no-nonsense County Durham lilt undiluted by four decades in Hollywood, were as entertaining as his films.

What makes a great alien film?

It’s very hard to scare people. And when I say scare people, I don’t mean monsters in the dark, coming out of the corner going, “Eurgh!” That’s a cheap shot. It kinda works, but if I want fun I’m gonna have a large person walk down the street, put a banana skin down and fall over. So it’s a banana-skin kinda horror thing. I mean it’s great when it’s organically insidious.

That’s why I think the two greatest things when I was doing Alien would be the first Exorcist (1973), which was brilliant because of the feasibility –whether it’s psychosis or real, the devil inside your body is scary as shit. It was so beautifully done by Willy Friedkin, who’s one of my favourite directors. The other one was a crazy, loony film called The Texas Chain Saw Massacre (1974). Flipping heck! That ending. There’s no upside. She’s going down the road, she’s now demented, covered in blood. There’s no letting up. I loved it. I watched both of those before I did Alien. I thought: “Jesus, I’ve gotta compete with this?”

What is it that alien films drill into, in terms of our primal fears? 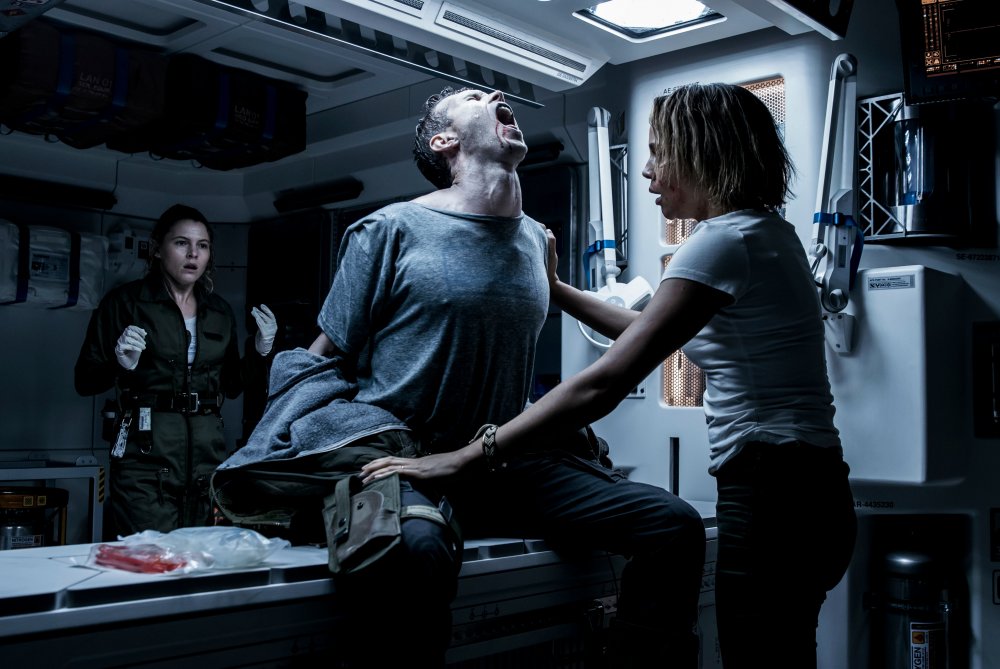 What attracted you to making films about aliens?

It didn’t really [attract me]. I was never really a science fiction fanatic. They were mostly not that good. I’m not gonna mention all the films that I didn’t think were that good because it’s too negative.

I was working at Rediffusion, and I was going to take the afternoon off because Stanley Kubrick had done 2001. It blew me away. I went: “Wow, science fiction is feasible.”

Then George [Lucas] shortly afterwards did Star Wars (1977), which I thought was seminal, and that unlocked the door. I’ve never seen an audience participate like that. It was throbbing. I thought: “Good god, I’ve just done The Duellists, how depressing.” I got a prize at Cannes though. If Harvey Weinstein had been around at the time he would have taken that and sold it. The American studio didn’t know how to sell it. A few weeks later somebody saw it and for some bizarre reason someone linked me with the possibility I could direct Alien. So I said yes. 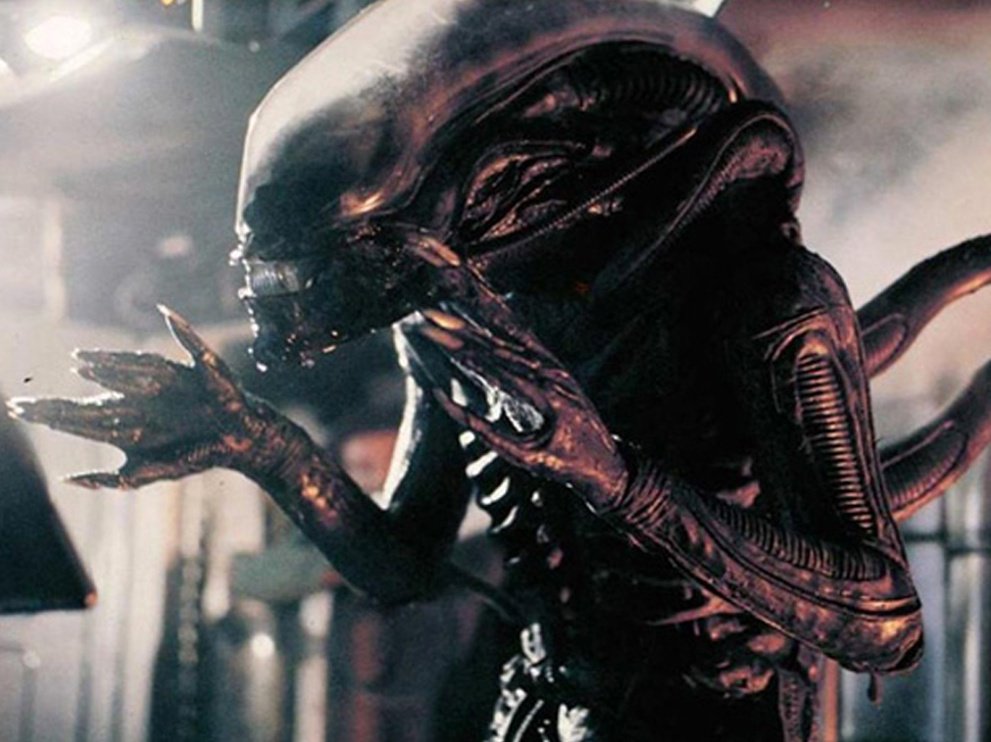 What are your own favourite alien films?

I think the three that followed just didn’t ask one big question. Who was the ship, what was the pilot, where are the eggs and what the fuck was that all about?

I meant alien and monster films in general, rather than the specific franchise.

I really like the film Monsters (2010). That cost [just] a million dollars. So there’s a real imagination in it. From that he [director Gareth Edwards] gets jumped into [whispers as if saying a forbidden word] Godzilla (2014). And that’s Hollywood. They do that, leap you in there. He’s better than that.

What filmmakers have influenced you in making your Alien films?

What is it about these filmmakers in particular that influenced you?

They used a nice trick, a little quirk or something. Sam Peckinpah was all about the violence. People think he invented the slo-mo. He didn’t. Kurosawa invented the slo-mo in Seven Samurai (1954), where the blow is struck, you think nothing happened and the guy slowly topples over 120 frames a second. That was the first time I ever saw slo-mo. That was his trick.

Kubrick was an intellectual – coming up with the idea of a computer called HAL [that] would be the bad guy in a spaceship, I thought that was fantastic. Kubrick was particularly good with story. If you do Paths of Glory (1957), you illustrate the idiocy of war by saying, “Right, I’m gonna execute four guys to encourage the others.” The great thing about Stanley was that Stanley didn’t care. In a funny kind of way I think he was a real artist. 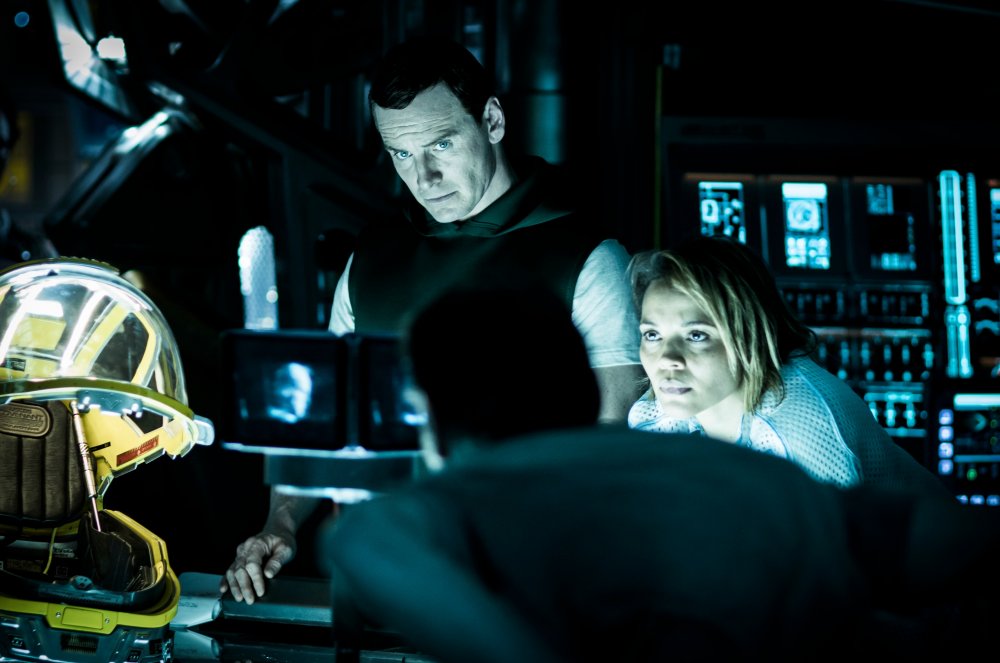 Does Alien: Covenant have a message of any kind?

No. I can make up a message, but it’s bullshit. But I think it poses questions: it’s better you go away for the Chinese meal after the film, and, instead of sitting there blank saying “That was alright,” talk about the questions that are raised. Such as creation. Is there a God or are we simply shepherded by a far larger superior entity? I firmly believe that’s it. There’s not a guy in long, flowing white robes and a fucking staff. That’s silly.

The fact is we are a race that keeps turning up things that are not bullshit. You’ve got to take account of the carvings in Egypt, the Mayans, the Incas. There’s always a reference from up there, out there. There’s fire coming down from the sky in many civilisations. It feels to me that we were probably visited. And I’m not Tom Cruise. But there’s something in that idea that was turned into an excellent business, I think.

Do you think there’s a God?

I don’t think there’s a God, but I think the representation of power is up there definitely. Thirty years ago I invited [astronomer-writer] Carl Sagan to a premiere at a very posh theatre, Pasadena Observatory. He’s a good guy, but he’s a tiny bit full [on]. He said: “It’s entirely ridiculous that there’s no aliens in my lifetime or your lifetime.” I said: “Lighten up, Carl, it’s a movie.”

Thirty years on I’m doing The Martian, and I’ve got quite a lot of interaction with NASA, who are incredibly helpful. I said “What do you think?” and they said “Absolutely, it’s ridiculous not to believe that,” so it endorsed what I felt. Stand outside and look at the galaxy and we’re it? Come on. Don’t be silly. We cannot be it. We may be neanderthal in comparison to what’s out there. We think we are hot shit. We’re not really, we can’t even control ourselves. 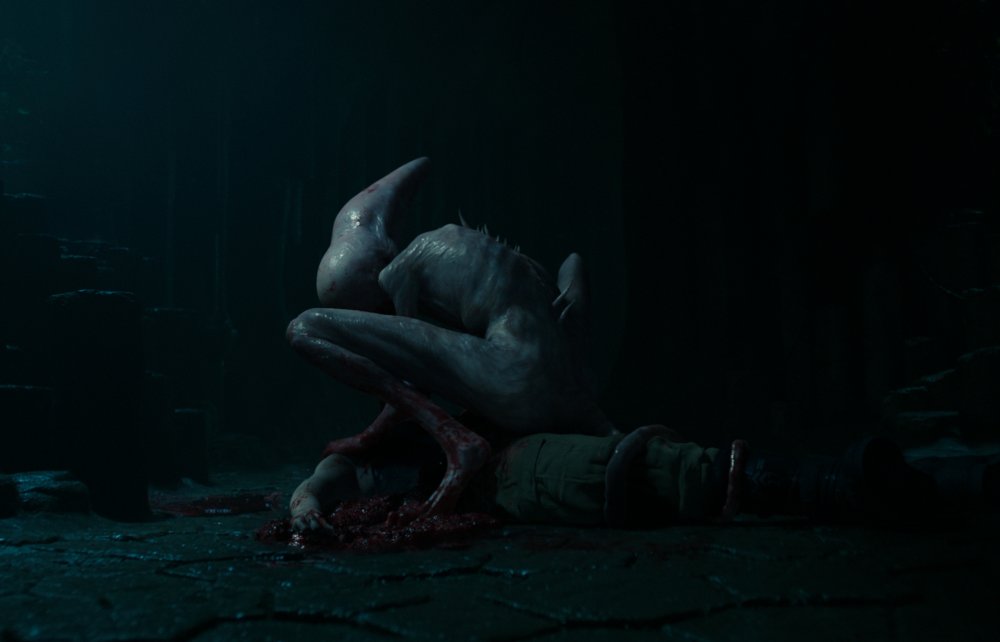 In Alien: Covenant and some of your other films, you tend to be not very trusting of the corporate world.

I’ve got three corporations. And I love business. If I hadn’t been a filmmaker I would have stuck with business. I started my own company at 26, and it was successful. There’s still 40 directors and all that. We’re now wrestling evolution to the next phase because advertising as we know it has evaporated into something else. You’ve got to stay with it or you die.

That’s interesting because your films seem to be saying “the corporates are bad”.

I’m pretty working class in that sense. I was never a child who saw a guy in a Rolls Royce or a Bentley and thought “Fuck you.” I always thought: “I want one of those one day,” and that was it. I loved seeing that. You gotta have that. Take it as inspiration, not luck.