Raw director Julia Ducournau: ‘I’m fed up with the way women’s sexuality is portrayed on screen’

Cannibalism and the coming-of-age movie collide in the latest buzz horror title, Raw. Ahead of the film’s release, we chewed the fat with debut writer-director Julia Ducournau. 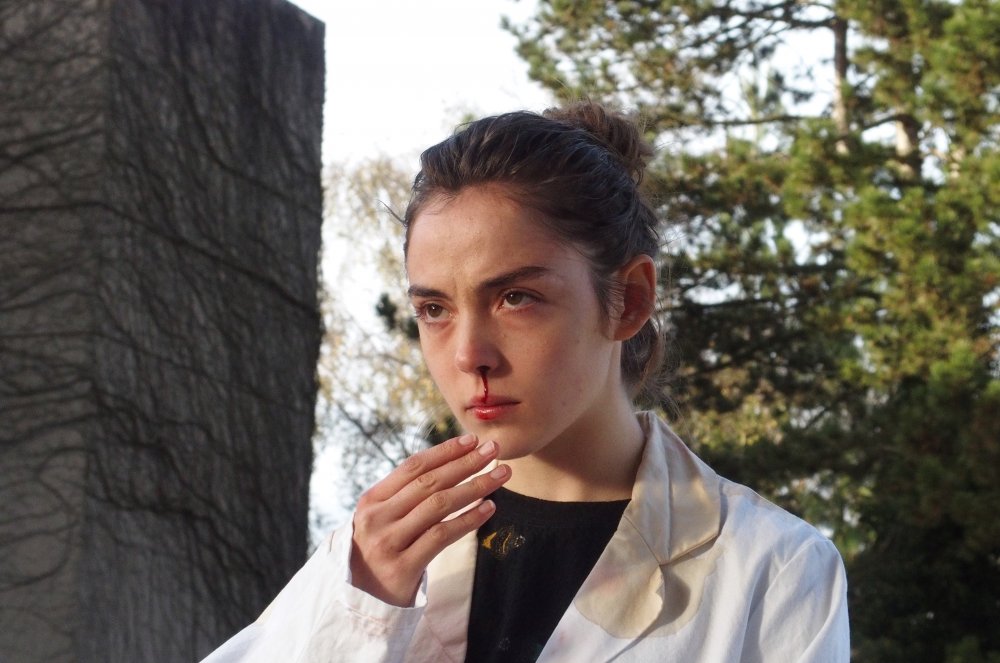 French writer-director Julia Ducournau’s debut theatrical feature, Raw, is set to enthrall and shock viewers with its darkly hilarious tale of cannibalism and sex among trainee vets. The film, which won the Sutherland Award for best directorial debut at 2016’s BFI London Film Festival, follows 17-year-old vegetarian Justine (Garance Marillier, excellent) as she navigates her first week of veterinary college. Aside from the regular teenage traumas of meeting new people and grappling with her nascent sexuality, Justine finds she has an unexpected taste for flesh. She has mischievous older sister Alexia (Ella Rumpf) to guide and sometimes hinder her progress.

The coming-of-age trope may have been done to death on screen, but, in this vital and – ahem – meaty film, it’s invigorated by some powerful and occasionally stomach-churning scenes of carnage, a vibrant take on teenagers-away-from-home uni days, and an honest depiction of burgeoning sexuality.

We met Ducournau to discuss Raw the day after she had taken part in a discussion at BFI Southbank, where she had been pleased with the calibre of audience questions. As she says: “It’s nice to have people who know what they’re talking about.” Ahead of the interview, studio reps said Ducournau was bored with answering questions about the film’s screening at Toronto Film Festival last October, where two people fainted during one of the film’s more wince-inducing scenes. As she told Time Out: “It was two people – out of 1,200. Next thing, you‘re reading about a wave of people fainting. It’s become an urban legend.” 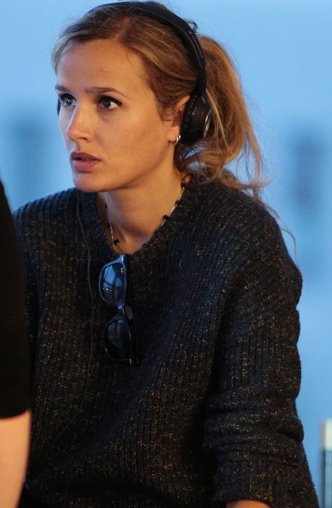 Have you ever fainted in a film?

No, but it’s funny because sometimes people ask me if there are some movies that I can’t watch, and, of course, like everyone, there are movies that I can’t watch. They’re not gonna be graphic movies necessarily, although they are graphic to me – movies like Christiane F. (1981). It’s based on this book about a 13-year-old heroin-addicted prostitute. This movie seriously took me three days to watch it entirely to the end. It’s too heartbreaking, but it’s not even in the emotion or anything. It’s just that the image of kids putting syringes in their arms is, for me, unbearable.

Your parents are doctors. Was this any influence on the setting?

Not for the vet scenes, because I had written the script after having done research about veterinary medicine. Also, it was the result of my scouting around the university by myself and seeing scenes I thought would be interesting for my movie.

The way I see medicine has to have been influenced by my parents. The way I show it – for example, the horse being put down to sleep – is very practical. We were really close to the horse, and I wanted to put the emphasis on its eyes. You need to feel the high of the drugs on him, and how to make this very big, impressive animal all of a sudden super-vulnerable.

My parents would never see it like this. They would just see an animal put down to sleep because he’s gonna get surgery. But me, I wanted to feel the ‘pathétique’ of the situation, of this beautiful animal that is all of a sudden a rag doll.

Were you trying to make a broader connection between the animals themselves and the kind of animalistic urges that Justine has?

Of course. That’s why I shot in a vet school. It was important to have animals in shot most of the time. And it’s also to remind us of the internal struggle she’s going through between her animal urges and her desire to remain a functioning member of our society. And in that, in her animality and this desire, eventually she’s going to reveal herself to be a full-blown human being that lives for herself and by herself. She’s going to manage to escape her own determinism – with her family and the social determinism that falls upon her.

What can you tell me about your working relationship with Garance?

I discovered her when she was 12, and now she’s 19 so it makes me even older (laughs). Even at 12 I saw that she was, one, gonna be a huge pain in the ass, two, that I was gonna love her anyway, and three, that she was going to become a fantastic actress because she has this thing that very few people have. She has a natural music in her ear that means she’s always on the right note for the character in the way she talks.

Also, she’s very physical, and this is where I enter, because for me it’s very important to work with physical actors as I direct bodies very much. All this for me is like ballet. It’s like bodies and music. Garance has a very strong sense of her body, and she can really play with it, with a lot of irony, with a lot of comedy, a lot of gravity as well. Her body is incredibly expressive. It’s hard to explain, but this is something that I like in her and it makes me want to direct her. 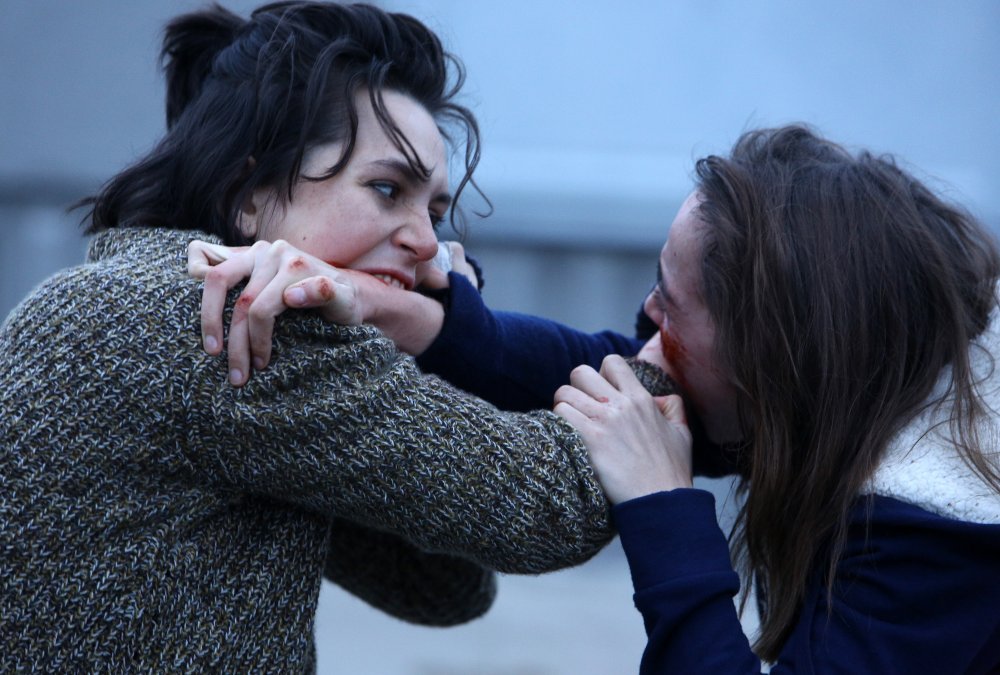 You don’t see club scenes on film portrayed very authentically, but this had the sweat, the noise and the movement.

That was very important for me. I love directing the extras – the more extras, the happier I am. Especially for scenes like that. We were 300 on set, and I directed every extra almost individually because everyone has something to do. It’s a sequence shot, so everyone has to be very precise; it’s very choreographed. But before that, just to give them an idea of what kind of party I wanted, I said two things. The first thing was: “Listen, I’m the kind of asshole who, when I watch a party scene in a movie, I’m gonna check the full background to see if any of the extras is pretending to dance on fake music. If I spot that, I’m out. Bye.” The second thing was: “I’m gonna show you how to dance.” I don’t want to see people dancing like they have a stick stuck somewhere I’m not gonna say. I want real dancing – like everyone is here to fuck, basically. So I danced in front of my 300 extras.

So why did you choose filmmaking over dancing?

I don’t have the body of a dancer at all, and I certainly did not when I was a kid. I was not encouraged by old-school teachers who told me that I would never manage because I was too fat and too tall. But I was not a perfect dancer anyway, and you have to be perfect. Also, I think I express myself way more in movie-making.

What are you trying to say about sexuality in the film?

The first thing I tried to do is to give another portrayal of female sexuality at the beginning. That was important to me because I’m fed up with the way young women and their discovery of sexuality is portrayed on screens. I feel it’s always a victim’s story that’s being told. It’s always about the fear, or the doubt afterwards. “Am I gonna get the reputation?” “Is he gonna call me?” “Is it the right guy?” “Did I do the right thing with him?” This has nothing to do with sexuality. Sexuality is not a victim. That’s more about social mores – a voice in the head, not in the body.

For me, sexuality is in the body. And you should certainly not be a victim. It’s not something that you go through, it’s something that you are active in, and it’s perfectly okay. Your main aim should be to climax, because if it’s not your main aim, you’re never gonna climax. So, that’s what I wanted to show you: a sexuality that is not apologetic, shameless, in the body, in the now and aiming at climax.