A man journeys to Singapore to wind up his dead brother’s estate in Mister John. Directors Christine Molloy and Joe Lawlor discuss their enigmatic tale of drifting identity in the tropical heat. 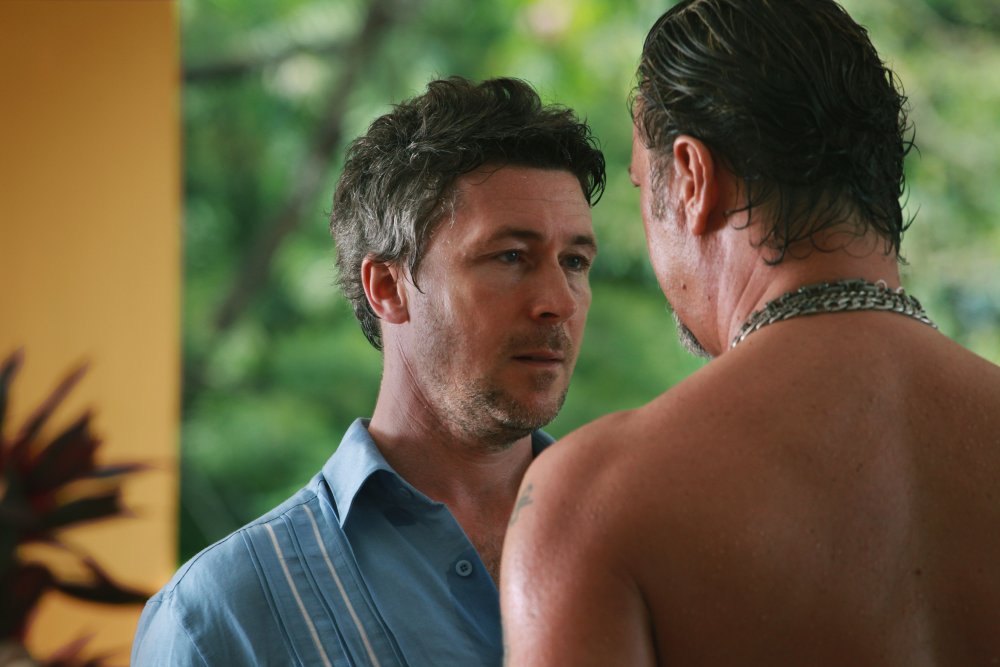 From a background in theatre and community video projects, Irish duo Christine Molloy and Joe Lawlor made a splash with their 2008 debut feature Helen, the enigmatic story of a girl who slips into the identity of the missing 11-year-old whose role she’s been selected to play in a police re-enactment. Comparisons were made to Michelangelo Antonioni and Bruno Dumont, while Molloy and Lawlor were quickly aligned with directors such as Steve McQueen (Hunger, 2008; Shame, 2011) and Joanna Hogg (Unrelated, 2007; Archipelago, 2010) as new forces in British arthouse cinema.

Their new film, Mister John, is a kindred tale of switching lives, in which a man, Jerry (Aidan Gillen), travels to Singapore to deal with the estate of his dead brother, centred around a hostess bar called Mister John’s. From his arrival, Jerry finds himself increasingly discombobulated by his exotic surroundings, unnerved by the ready availability of women and sex, yet beguiled by the trappings of his brother’s now-vacated lifestyle.

There’s a Graham Greene tinge to the story of Mister John, but – as in Helen – Molloy and Lawlor pull back from the thriller-like elements of the plot. They’re more interested in mood and atmosphere, and in tracing the gradual recalibrations in the identity of their protagonist, the quiet Irishman whose personality slips its mooring amid languid heat, expatriate decadence and the beckoning novelty of shoes that need filling.

After Helen, your first feature, what lead you to Singapore as the setting of Mister John?

Joe Lawlor: We worked on another project in Singapore [Tiong Bahru, 2009; part of their Civic Life series of short films]. At the time we didn’t think it would have any connection to Mister John, but looking back we can see that it laid the foundation for rewriting the script and placing it in Singapore, because of the relationships we’d built. We understood the city a bit more film-wise: the people we’d be working with, and how the finance would work.

Fran Borgia, the producer there, asked if it was worth rewriting the script because there was a little bit of money that maybe we could access. So we unpicked the script from the backdrop of Thailand, which was originally where it was set, because my brother is called John and owns a bar in Patong. He’s not dead though!

Singapore is this very unknown entity. It’s a country that’s an invention, and has continually been reinvented. The film industry there is really just starting, though they had a great one up until the 1960s. But now they’ve got four film schools, and it’s slowly beginning to build up. But there’s two sound recordists in the entire country, so it’s not like you’ve got a huge amount of resources. 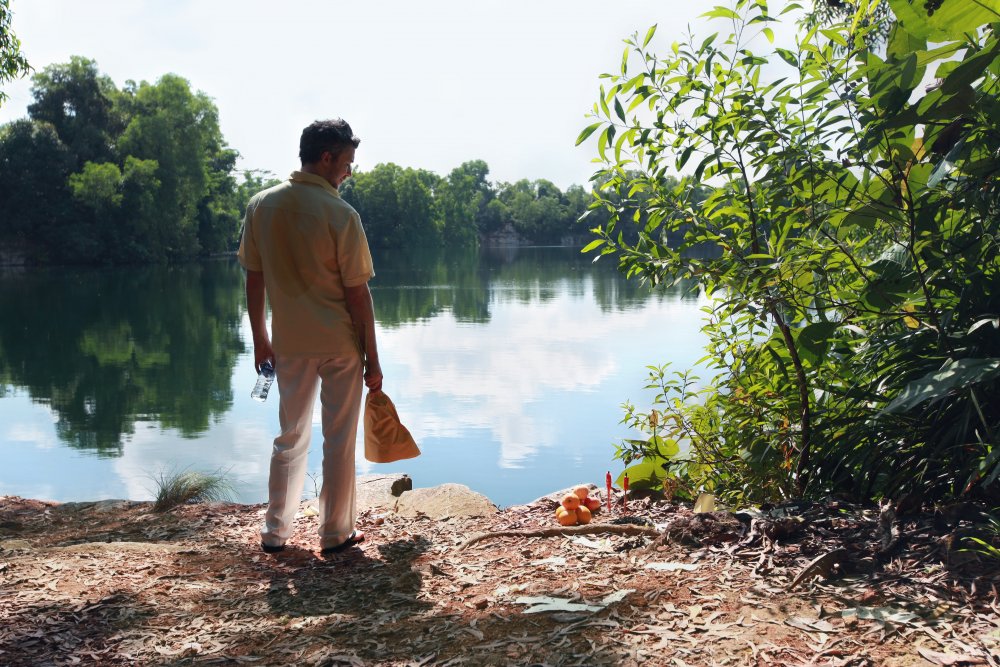 It was also tricky because the BFI and the Irish Film Board had never worked with the MDA [Media Development Authority] before, their counterpart, so that was a bit of a merry dance for a while, with everybody cautious of each other. We made lives difficult for ourselves by filming there; we could have had a lot more money if we’d filmed in Ireland for example.

Where did the germ for the story come from?

Christine Molloy: We’ve got certain things that we’ve always been interested in, in our theatre work and then aspects of our film work – it’s there in Helen. This idea of identity under duress, things that are unstable, in flux, transitional moments, moments when things change.

The ideas stem back from our first experience of going to visit Joe’s brother in Patong years ago, back in the late 90s. The kind of people you meet there, the kind of men who go there – it is an opportunity for them to be someone completely different and to reinvent themselves and for a moment of time to live a very different life from whatever’s going on back home. Patong is full of those kind of men.

It was really no more than that: a mid-life crisis, a man whose sense of himself has completely fallen apart, who goes somewhere else, and – in the process of going somewhere else – an opportunity is offered to him and he falls into it. 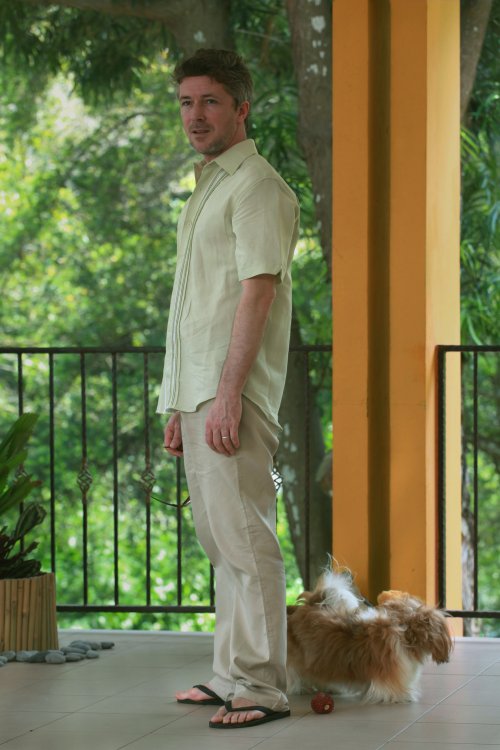 JL: We’ve always looked at our extended family as a source from which to derive narratives and then go on a fictional journey with them. There are a lot of connections to Helen, but the experience of them is very different. Each project you make there’s a Venn diagram going on, and there’s a continuum [with us] of grappling with identity. I don’t anticipate that evaporating very quickly, but I think we’re turning the dial up on it. Maybe as our confidence grows we’re getting more operatic – we’d rather go in that direction rather than an even more austere [one]. I don’t think Mister John makes Helen look like a Pedro Almodóvar film, by going even more minimal. We’re interested in having more fun or being a bit more… Greek.

How easy was it to cast Aidan Gillen as Jerry?

JL: When we started writing the story, in the back of our minds it helped if Jerry was an Irishman. You could very credibly have an Irishman who owns a pub. The Irish diaspora has a particular resonance; they’ve inhabited the globe in a particular way. So have the English, of course, but in a very different way.

Once we knew that, did it make any difference to us if he was a known actor or a non-professional? At the outset, no – couldn’t care less. But then it does help if somebody is a known actor. It doesn’t help you get the deal or get money, but gives people some reassurance. When you think of Irish main actors around 40ish, there’s only really two or three that we knew of, and he was top of our list. So we sent him the script and he said yes.

We don’t think he gets utilised enough as an actor. He gets certain types of roles – usually baddies, usually predatorial, very rarely volatile, though he was in Jamie Thraves’ The Low Down (2000), which we were really struck by. So he wasn’t an obvious fit, but we’d meet and have tea upstairs at John Lewis’s or somewhere like that and have extended conversations about the character. We never rehearsed; we just talked about the man, until the point that we felt he owned him as a character.

When Helen came out, a lot of coverage compared it to Michelangelo Antonioni’s Blowup (1966). This one reminds me a bit of The Passenger (1975), as a story of a man abroad who adopts a new identity. Was Antonioni a conscious influence on Mister John?

JL: We think of Tootsie (1982)! Dustin Hoffman having a mid-life crisis, donning a costume and finding a new sense of identity.

CM: Actually I saw The Passenger off a print at a film festival and was really blown away by it. But this is stuff that’s been going on in our work for a long time. When you make a piece of cinema, it’s inevitable that people make connections to other pieces of cinema. It’s not an homage, it’s not a conscious thing. There are quite a few films coming out now where someone’s double has taken over their lives – [the idea] is just there, it’s in the ether. We love Antonioni’s work, and if people want to make those connections I don’t mind that at all. 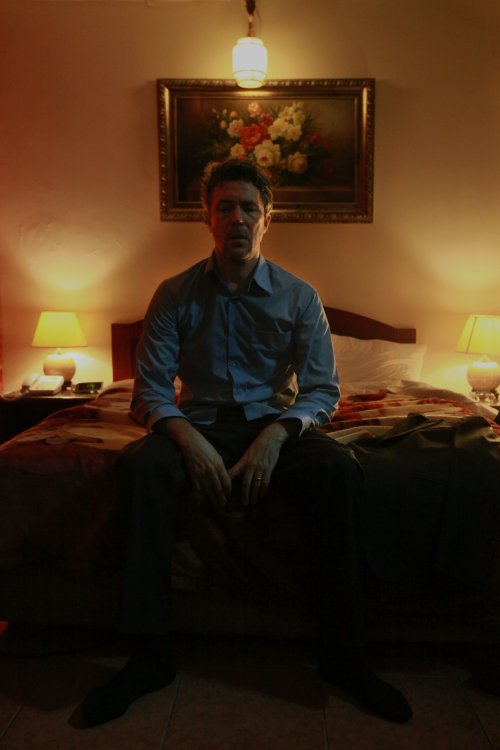 Before we went to Phuket, I assumed [the sex industry there] was all about the sex, but in fact it’s about pretend relationships: they get girlfriends not prostitutes. They hang out in a make-believe world for a limited period of time; they play house together; they go out and have meals. Sex is always there, but there are other things that people want. This idea of slipping into another world and shedding something of your other life…

JL: …We all do that. Our niece was staying with us, and with our daughter they were always putting on accents, putting on makeup, putting on costumes, playing out scenarios – and filming each other, interviewing each other like they were characters. It’s what we would have done as kids as well. That desire to slip out of who you are and be somebody else is one of the motivating factors to write or tell a story.

CM: We watched Vertigo (1958) recently. I’ve seen it lots of times before, but when you watch it again you think “Wow!” Would a film like that get made now? It’s a really odd, almost experimental film – the way the camera moves, the way the actors perform, these weird, extended long takes, the camera constantly moving through spaces and empty landscapes. It’s all completely strange.

JL: And theatrical. I think we like that. It’s not that we don’t appreciate social realism, but we instinctively find it more interesting to watch a more theatrical work. When I watch Blue Velvet (1986), I’m not thinking, “This is a great portrait of middle America”. I’m not thinking that at all. It’s a portrait of a small town, but I’m not interested in the accuracy of that. Some people are though. Like with Mister John: is it an accurate portrait of Singapore? I couldn’t give a flying fuck about Singapore really. It’s not even a portrait of Singapore. It is fiction.

One thing that’s quite different from an Antonioni-like arthouse film is the use of the music. The score is quite dramatic, which is something arthouse cinema tends to stay away from.

JL: It’s a bit Hitchcockian in a way. The score strikes out only seven times, and for very short periods, and the practical reason for that is that if you don’t have much music and an orchestra can play it within 20 minutes, you might be able to afford the Bratislava Symphony Orchestra, as they do four-hour sessions. If you need any more than that, forget it – you can’t afford live music. But having live music is a great addition. To score big and to make it strident, possibly to underscore that sense of theatricality, is something that feels more comfortable for us than that music which creeps in, wanting to manipulate your emotions but feeling like it’s got camouflage on and we can’t spot it. 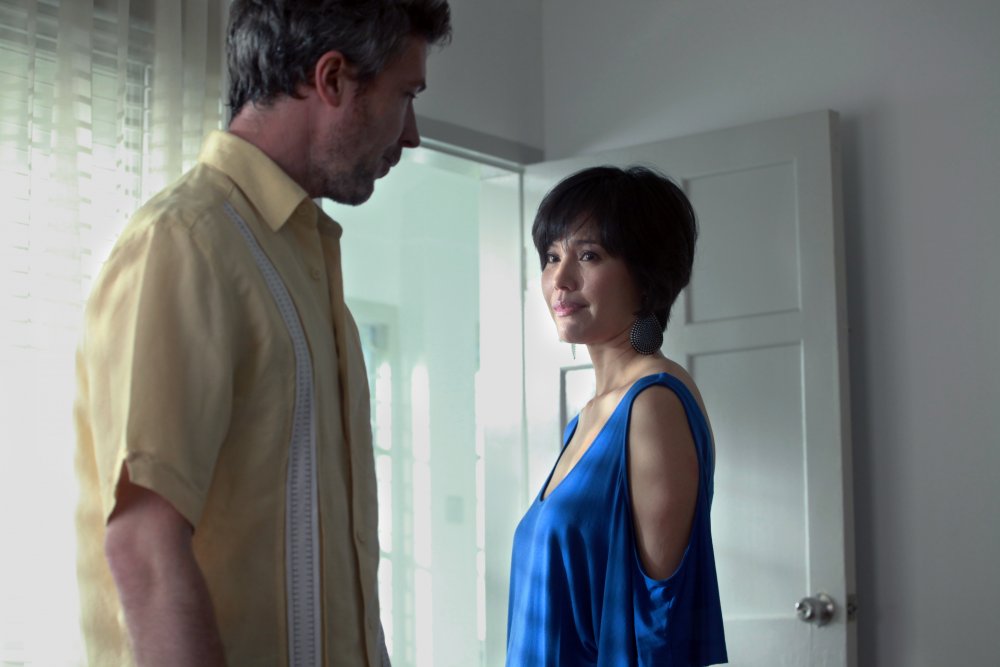 CM:  We were watching Arbitrage (2012) the other day, with Richard Gere. We expected something different of it after the reviews we’d read. At some point I stopped hearing the music, but actually music had been playing from beginning to end. I suddenly tuned into it again and thought, “My God, this really hasn’t stopped.”

There is a pressure to score films to within an inch of their life, or to crowd them out with found music so that you can sell the soundtrack afterwards. I think it makes everyone feel more comfortable and relaxed.

The score for Mister John is quite classical, it’s very present when it’s there, but it’s very minimal across the time of the film. We wanted it to be present at very particular moments, during Jerry’s journey into John’s world, to underscore that emotionally but also to be slightly jarring. It’s not the kind of music you’d expect to hear in a film set in hot, humid southeast Asia.