The story of a group of kids who set out to find the mythical giant carp lurking in a Yorkshire pit, Pond Life is the first film by theatre director Bill Buckhurst. What made him take the plunge? 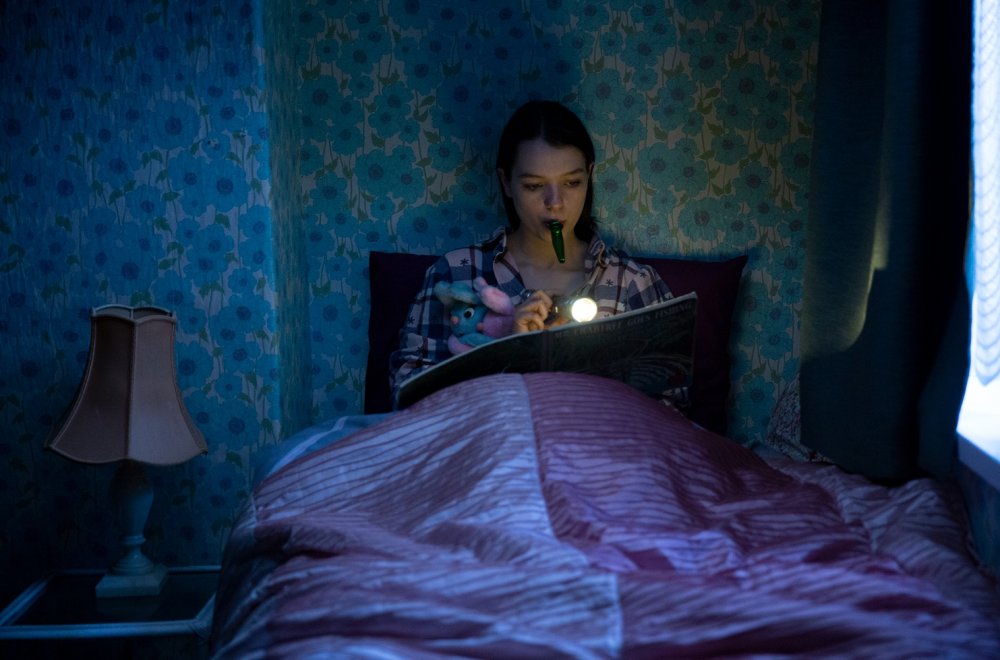 Pond Life, backed by the BFI Film Fund with National Lottery money, is in cinemas from 26 April 2019

Richard Cameron’s play, Pond Life, started life being performed above a London pub in the early 90s. Now, 25 years later, this delightful coming-of-age tale has been translated for the screen. Telling the story of a group of kids in an ex-mining village in South Yorkshire, and their summertime adventure to find the legendary giant carp lurking in the local pit pond, it’s the debut feature film of director Bill Buckhurst, who breathes cinematic life into the quiet struggles and victories these kids suffer and celebrate everyday.

We had the pleasure of sitting down with Buckhurst to discover more about why Cameron’s story captured his imagination, his approach to translating it to screen and what he hopes audiences will take away.

How did this play end up becoming your first feature film?

I knew of Richard’s play back in the early 90s, though I never saw it at the time. I wish I had: apparently they actually built a pond above a pub. Fairly soon after, Richard wrote the screenplay, but for whatever reason the film didn’t happen. Fast forward 25 years and producer Dominic Dromgoole, who knew my theatre work, sent me the script. It was one of those really serendipitous moments where you receive something and you immediately feel a connection to it. The characters leapt off the page: they were so well drawn, so clearly defined and there’s a great rhythm in the dialogue. It felt exciting and thrilling as a piece of writing, so full of heart and soul and great humour.

The locations are crucial to the film, particularly the contrast between the cramped urban spaces and the rolling countryside that becomes these kids’ playground.

I felt that there was something almost kind of mythical about going on this adventure. It’s set just outside Doncaster, where Richard is from, and we shot in a couple of villages — Maltby and Edlington — and in the beautiful Ravenfield ponds near Rotherham. In prepping for the film I spent many, many hours getting to know that area, getting to know the people there – and also getting some fishing in because I really had no idea about it.

The landscape is epic and majestic, which you can’t ever try and capture on stage. We’d shoot interiors in those houses, then on the back doorstep was sweeping countryside, beautiful rolling hills, medieval abbeys and these ponds which are the stuff of legend.

We get glimpses of the economic issues facing families in this former mining town, but it seems they are never the focus.

Richard didn’t want to tell that story. He’s interested in what the kids are doing. They come from some pretty troubled backgrounds. We discover some of the experiences they’ve been through, and it’s pretty tough. But actually, they still just want to go and be kids and enjoy each other’s company. It’s crucial in the film that we get a sense of context, but I was mindful to keep that very brief. You don’t need to see those families to understand where these kids are from and what they might be battling when they get back home at night. 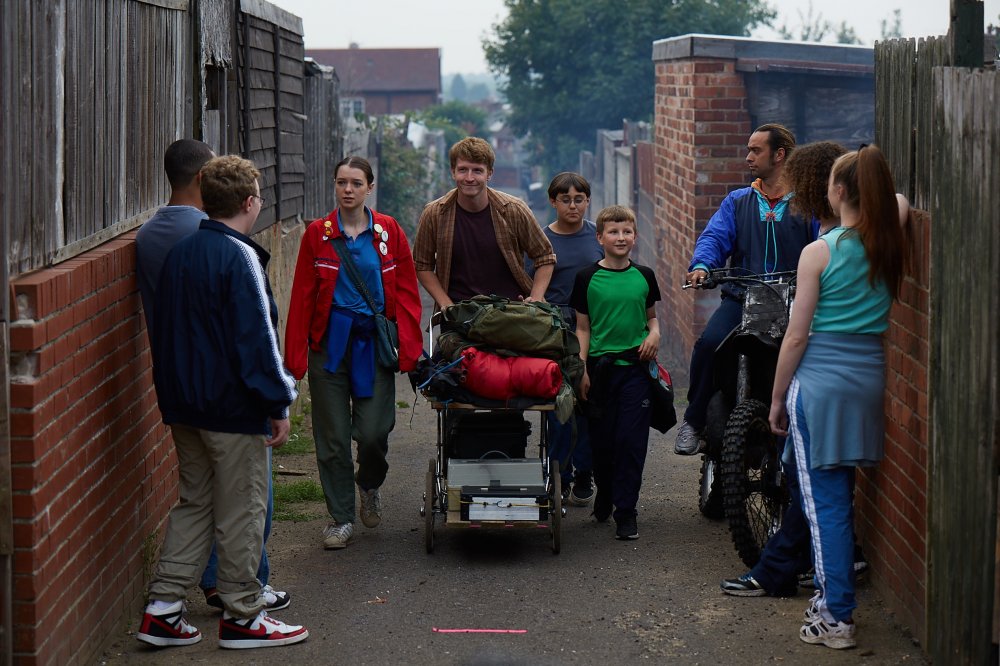 Talk me through this cast of actors you assembled – how did you discover them and elicit such authenticity in the way they interact and deliver their dialogue?

It’s tough casting a film like this with lots of young people, so it took some time. For the younger members, such as Ethan and Gianlucca who play Dave and Shane, we met them as part of an open casting session up in Doncaster. They’re full of joy, full of energy.

Many of the other actors were straight out of drama school: Tom and Daisy and Angus. We were very lucky; they’re brilliant. Esme, I think, was 17 when she shot this. She’s got an incredible natural talent and is so illuminating on screen. And there’s nothing like taking a group of actors down to a pond to carp fish in the pouring rain for a bit of cast bonding.

All the little touches on the set, like the tracksuits and video arcades and cassette players, really capture an early 90s aesthetic. Was it important to you to get that just right?

I was thinking the 80s or the 70s would be tougher to achieve. But actually the 90s is quite nuanced and quite tricky. Like, what does a teenage girl’s bedroom look like in 1994? We were always trying to find the right balance of giving a sense of the time and place without overloading a frame. Sometimes just a cap can set off a scene or a well placed video cassette. And as we couldn’t necessarily flood the whole film with music from the era, we had to mostly do it visually. I remember the first morning we were filming one of those scenes on the green with actors from the open casting and a load of them came out in shell suits, and I thought, “Yep, that’s it. We’re there. 1994 has come to South Yorkshire with a vengeance.”

Often tragedy and the humour sit side by side in the film. Was that a delicate balance to strike?

One of the real skills of the writing is the balance of tragedy with humour. It feels to me what real life is like; it captures the madness of what it is to be human. We do often have extremes of tone, something hilarious happening after a hugely tragic moment. And I think kids are often quite good moving from one extreme to the next. There’s this little glimmer of hope burning for all of these kids, no matter how bad it gets. 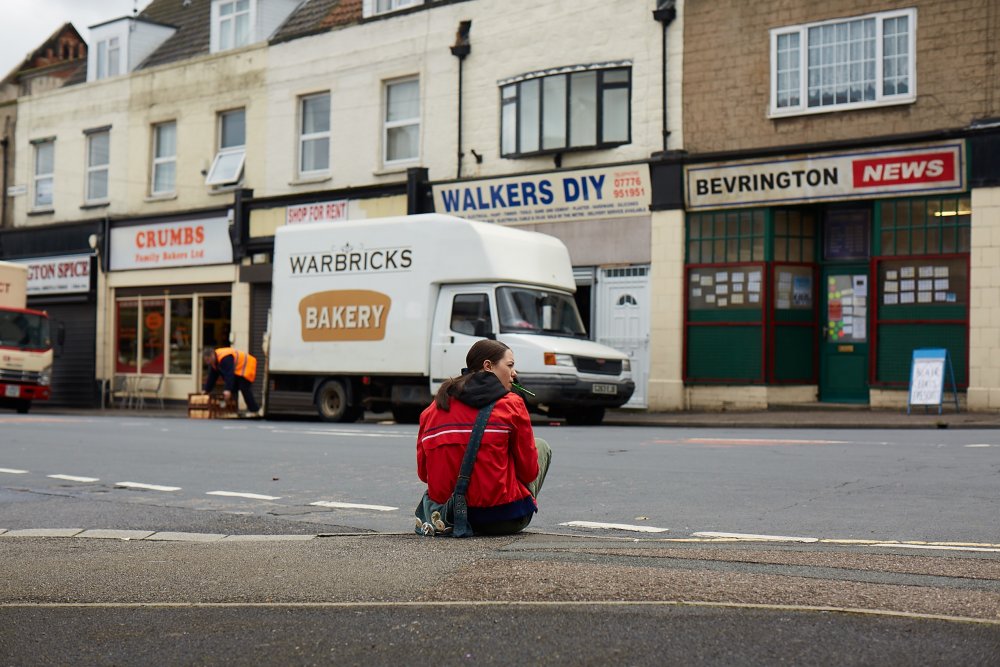 There seem to be no clear winners in the story but rather a nuanced portrayal of the quiet battles people fight and the quietly amazing things these characters do for one another.

I think I loved the script for that very reason. There are no clear cut winners or losers; every single character is a fallible human being with imperfections. These are kids who are just finding their way in the world. They’ve all got something going for them. And they look out for each other in a way which is refreshing and heartening. Perhaps on paper it’s not a very conventional family unit. But it’s glorious for that. I actually feel envious of these kids.

Your background is predominantly in theatre – have you got a taste for filmmaking now?

I had a very wonderful experience in this. I totally lucked out with the crew, who were amazing and really committed to the project. It’s definitely given me a taste; there are lots of stories I’d like to tell on film. The BFI’s incredible, and getting behind a project like this is wonderful. It’s about the best platform that anyone could have, actually, coming into film in this country.