Why bad taste is over – An interview with John Waters

‘The Pope of Trash’ is on Criterion, Donald Trump is in the White House, and Scorsese is going after Marvel. As John Waters tells us, these are strange times for negotiating high and low culture. 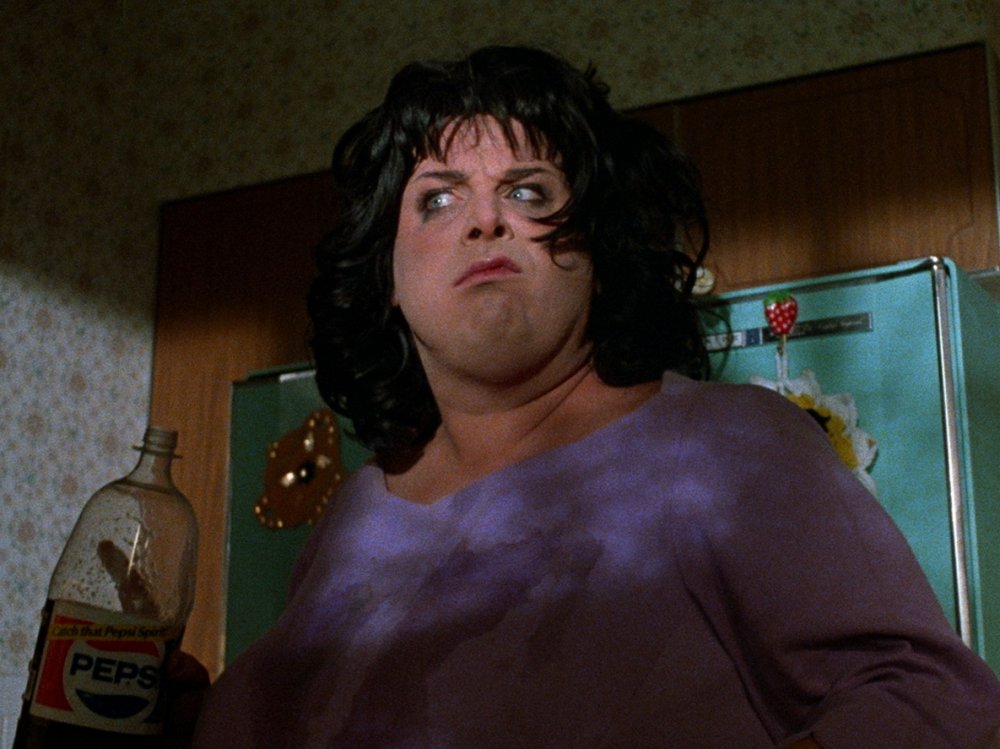 Polyester is out now on The Criterion Collection Blu-ray

In what must feel like a suspicious level of respectability for someone once nicknamed ‘The Pope of Trash’, John Waters has had his 1981 film Polyester added to the Blu-ray catalogue of the venerable Criterion Collection. The suburban parody marked a transition for the director from the lower-budget, down-and-dirty filmmaking of Pink Flamingos (1972) to a slightly more mainstream sensibility, although Polyester is no less wonderfully bizarre or spiked with taboo humour.

Divine, a drag queen and Waters regular who once said he aspired to be a combination of Godzilla and Elizabeth Taylor, stars as long-suffering housewife Francine. She’s beset on all sides by delinquent teenagers and a philandering pornographer husband. When she falls in love with Todd, played by 50s pin-up Tab Hunter in all his faded stud glory, she thinks she may finally be able to quit the bottle and find happiness – but nothing in Polyester is ever exactly predictable. 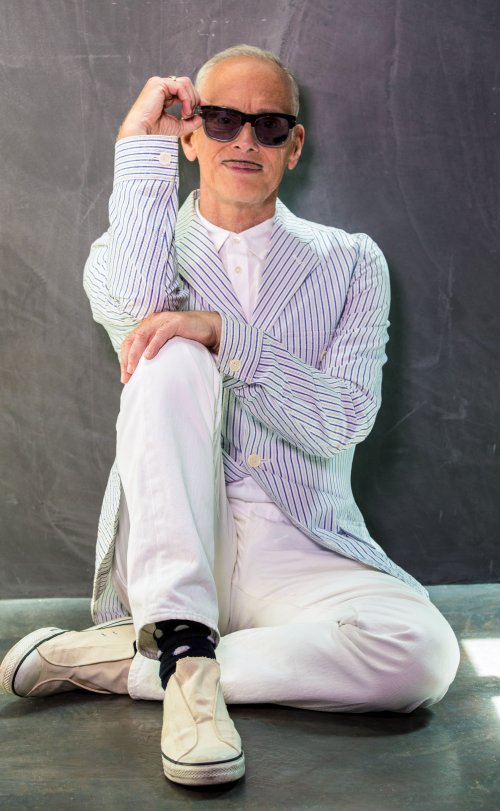 To top it off, the movie was released in cinemas in 1981 with a resurrection of the old mid-century fad of scratch-and-sniff cards, enabling moviegoers to ‘smell along’ with the film as it played. In this case, Waters christened it Odorama, and among the more fragrant smells included, there are some memorably shocking ones – like dirty tennis shoes.

After watching the Criterion restoration of Polyester – and partaking in all of the Odorama sniffing it entailed, thanks to the inclusion of the card with the Blu-ray – I had a chat by phone to John Waters about the movie, his career, and why Donald Trump has killed ‘bad taste’ forever.

How does it feel to be getting the Criterion Blu-ray treatment with this movie?

Oh are you kidding! It’s wonderful. I’ve worked with them forever because they put out laserdiscs of my films years ago, but these are completely new and they’ve restored them. They always do such a great job. Multiple Maniacs (1970) always looked like a bad John Cassavetes movie, so they really worked on it. With Female Trouble (1974) they got bonus footage and went through all my old stuff, so they really were a class act, and to work with them is kind of perfect. The package – the Blu-ray cover is I think the most beautiful I’ve ever had. I think it’ll be my Christmas card this year.

There is a little bit of irony that Multiple Maniacs was theatrically distributed by Janus Films, which was ludicrous because they were how I first saw Bergman and Truffaut, so it’s great to be coming in from the bottom and clawing my way up to the top!

Do you think that since this movie was made in 1981, the line between what’s considered to be ‘good’ and ‘bad’ taste or maybe at least ‘high’ and ‘low’ taste has become blurred?

Oh, I think that after Trump, nothing is so good it’s bad. He’s ruined the word ‘bad’. There’s nothing that’s ‘good bad taste’, it’s all just ‘bad bad taste’. It’s almost not worth being remarked on. I think it’s hard for anything to be so bad it’s good anymore. My films were made knowing what they were, and audiences came to see them without any irony, unlike with many cult movies that were made seriously and were so bad that they’re funny today. My movies are made so that, I think, you’re laughing with them rather than laughing at them. Even if you hate them!

I always say, even in my new book, my parents were drilling in the rules of good taste so I could make a career out of breaking them. But I don’t know, what is so bad it’s good, today? I can’t think of much. I can’t think of a movie I saw recently that I thought was so bad it was great. 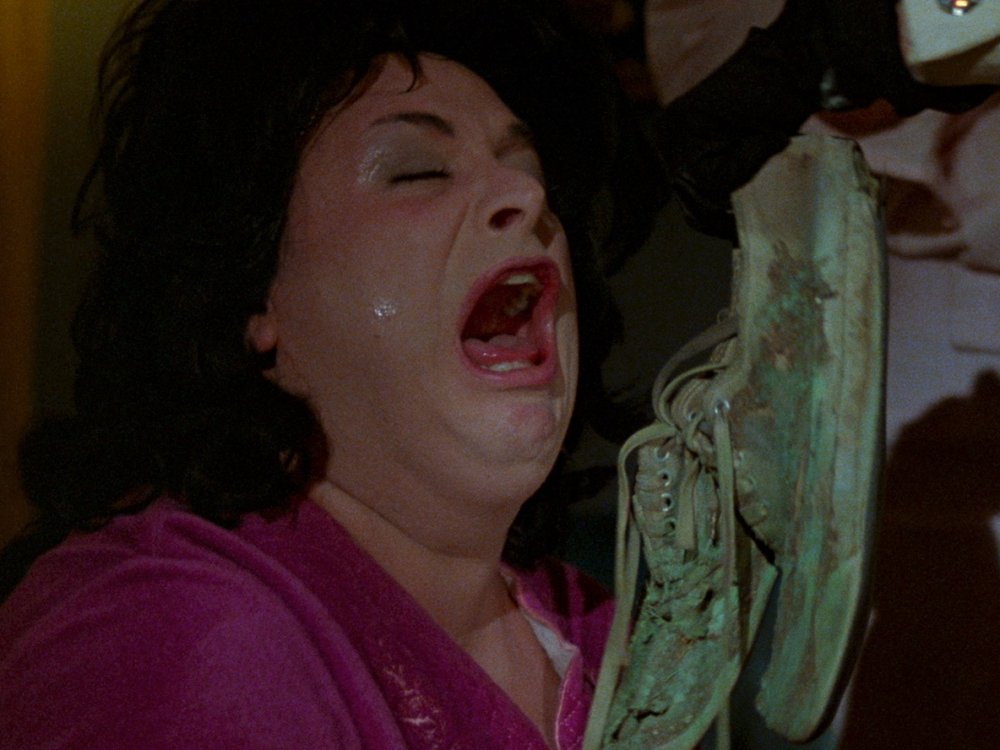 As an extension of that, though, thinking about movie culture, you show a distinction between high and low cinema and how its seen in Polyester, and it made me think a little bit of Scorsese’s comments recently about Marvel movies not being cinema. I wonder what you make of the whole thing?

Yes, well. He has a right to feel that. I don’t see many of those movies either. I’m not saying they’re bad, they’re just not my cup of tea. These movies that make 100bn dollars and it doesn’t even enter my consciousness. I don’t like special effects, really. I like dialogue and wit and movie stars. And many of those movies are made for China, who don’t want any of those things – they want special effects. It’s amazing to me that they can do it, but it never looks real to me. And to me, its cheesy special effects that are more fun. It’s a science project, not a movie. But then, I’m obviously in the minority, because the American art cinemas are doing pretty terribly, and the bad commercial movies are doing better than ever.

You said in another interview that because of Multiple Maniacs causing a bit of an uproar in Baltimore papers, you were worried production on Polyester might get shut down in the neighborhood where you were filming.

Oh, it was the worst! It was released right at the time we were trying to convince the community we were above board and a real movie and everything, and then the press was saying Multiple Maniacs was the most sacrilegious and offensive movie ever shown, the judge said my eyes were insulted, and it couldn’t have come at a worse time.

How did you manage to wrangle everything so you could keep Polyester on track?

Well, we were halfway through it, and the neighbours mostly hated us anyway, because we’d shoot at four in the morning when they were trying to sleep – looking back on it, I get why they were pissed, they had to go to work in the morning – but we had big generators outside and everything, and we never had any proper legal zoning.

But some of the neighbors befriended us and were the extras when we filmed the neighbours picketing the house. We just prayed to get through it, and kept going, and in the end they really did hate us. But I think they felt bad, the crew would cry when they were trying to stop us. So I don’t think anyone went to that neighbourhood to make a movie there after us. That was the only movie I made where I really felt the neighbours hated us. 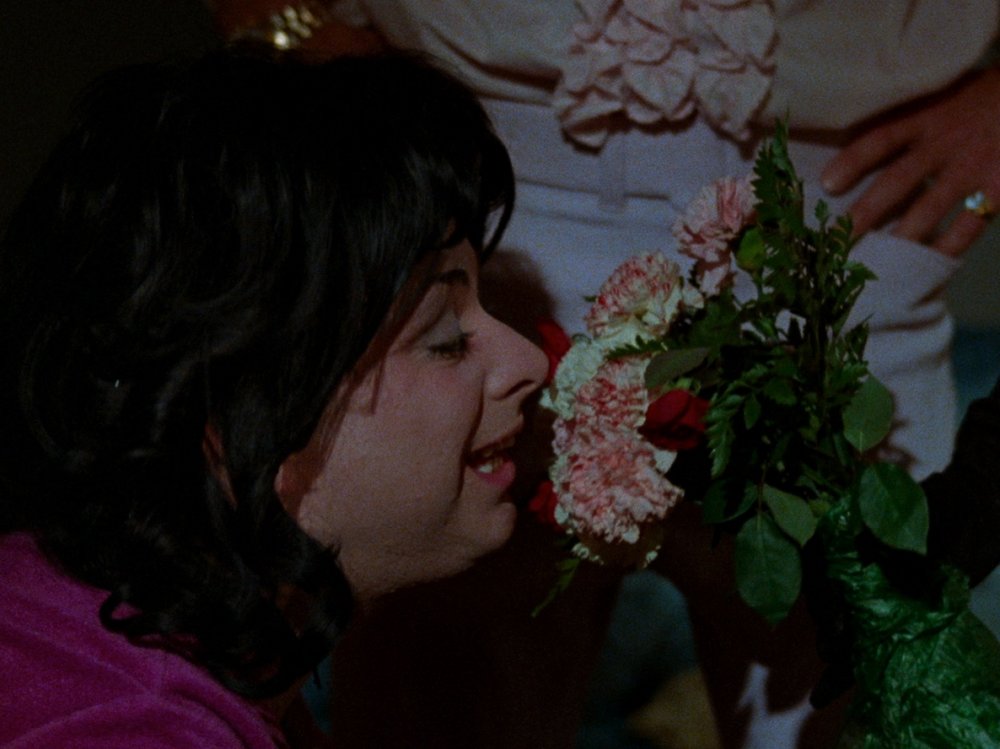 Maybe, given the subject matter around suburbia, that was fuel for the fire.

Well, they just didn’t know what it was about. And then they saw Stiv Bators, who was a complete gentleman and a good actor, but they didn’t understand that punk rock look, and when he was sneering in character it made them nervous. Or Kenny King, who played the foot-stomper, running around stomping on people’s feet. Kenny, who I hadn’t seen in all this time, I saw him recently and he looked so good. It was so great to be reunited.

When we did [the Blu-ray of] Female Trouble we found the little girl – well, 50-year-old woman, now – who plays Little Kathy, and I got to be with her again and do an interview. So it’s exciting that Criterion does this – the only high-school reunion I want to go to is a Dreamland reunion.

In the fancy drive-in theatre, I love the moment when Divine picks up a Cahiers du Cinéma and just kind of shrugs in confusion.

At  one point, I did an interview with Cahiers du Cinéma. They told me that at the time they were really pissed, and they didn’t get it. And now they think it’s really funny, but people at the magazine at first were angry. They were humour-impaired, I guess.  But I wanted to be in Cahiers du Cinéma! It was a joke that only intellectuals would get.

The drive-in is showing a Marguerite Duras triple-bill. Not that many people got that joke, and when we put the marquis up one of the films was called The Truck, and people wanted to come to the drive-in because they thought it was an action film.

When you cast Tab Hunter, what was it like to talk through Polyester’s story or screenplay with him, when he was a pretty conservative, old-fashioned sort of guy?

Luckily I got him when he didn’t have an agent, because an agent would have told him not to do the ‘fag’ movie. And I did talk to him on the phone, and told him he’d be working with a drag queen named Divine, and he said “what the hell, let me see the script”. I probably told him it was in Odorama, which he thought was funny, and then I think I just sent him the script. He called back, and I shot all the scenes in one week. He got the most I’d ever paid anybody, and it was probably the least he ever got. But I remained friends with him, and he did Lust in the Dust with Divine afterwards. I  think he was really brave to do that at the time. It’s hard to imagine it would be controversial, but it was. 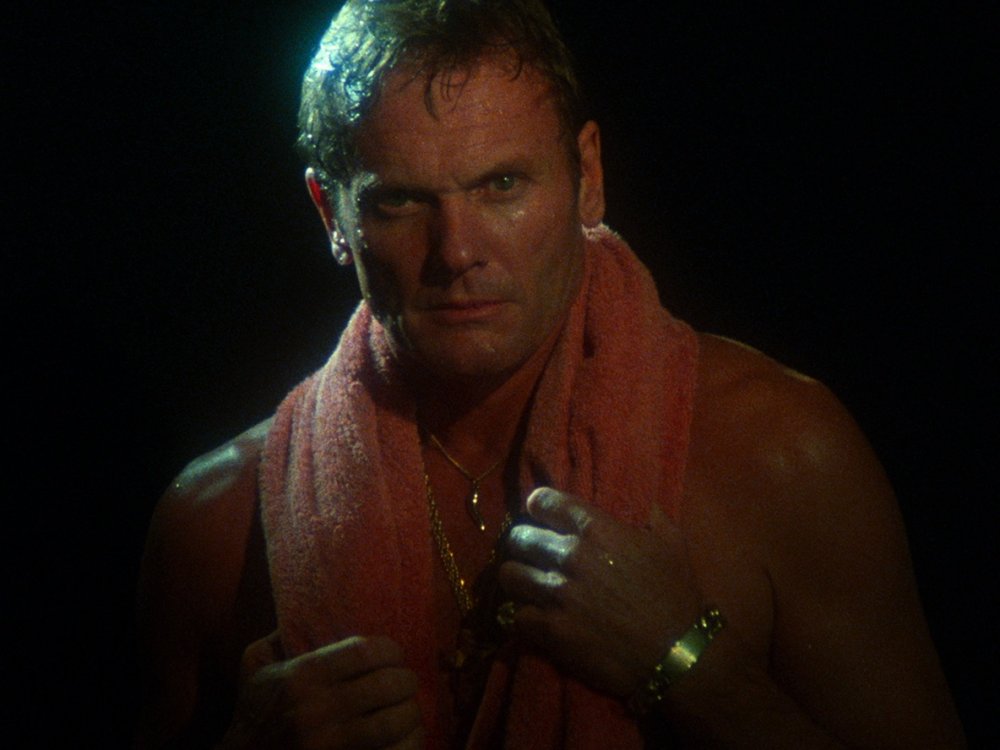 Polyester and Hairspray, along with a lot of your films, seem to be really interested in female beauty and in how harassed and tortured we are over it.  What is it that makes you want to put drag queens or overweight people or unconventional-looking women in those super-traditional spaces?

Because in movies they never got the guy, they never were the heroines, and they never were the glamorous ones. I mean, Divine could play a glamorous woman when he was an overweight man. It’s about throwing the rules into anarchy. And making people consider things they’d never consider before. I think that’s the comedy of all my movies. I don’t judge other people except the people who do judge other people, and don’t know the whole story. So to me, I’m celebrating the freedom to exaggerate what people say is negative about you and turn it into a style, and win. Which all my characters do. I make fun of things I like, not hate, pretty much.

I know you said you’ve met Liz Taylor and Lana Turner, which is amazing. If you could pluck a dream cast from the actors of that era – say ’40s and ’50s – who would you choose?

If you could pluck a dream cast –

If I could pluck someone’s pubic hair?

If you could pluck them from the grave, I mean.

Definitely Lana Turner. Brad Renfro. Jeanne Moreau, who I met, who I was on the jury with in Cannes. Tony Perkins. Oh, there are so many of ’em, that would be hard to go through. Cocteau’s boyfriend, the star of Beauty and the Beast [Jean Marais] – there’s so many. I would say I would do a Lana Turner / Brad Renfro romance. A cougar love story.