Paul Schrader on First Reformed and the age of hopelessness: ‘Is my work here done?’

Paul Schrader’s new film is both fiercely current and a grand summation of the themes he’s tackled for decades. We spoke to the great director about how he pulled off First Reformed – and look back at his Harold Pinter collaboration The Comfort of Strangers. 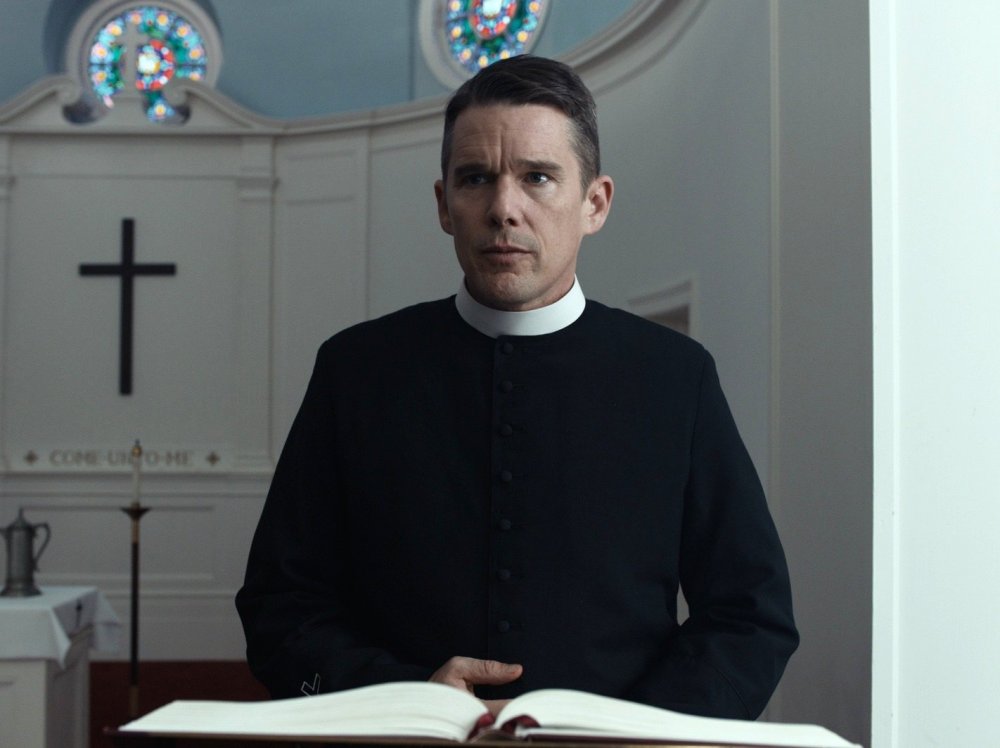 Buy The Comfort of Strangers on Blu-ray and DVD

The new edition of Transcendental Style in Film: Ozu, Bresson, Dreyer is published by University of California Press

It’s more than four decades since Paul Schrader earned his place in cinematic history with his screenplay for Martin Scorsese’s modern milestone Taxi Driver (1976). His own films as director followed, with classics such as Blue Collar (1978), American Gigolo (1980) and Mishima: A Life in Four Chapters (1985) only cementing his reputation.

But now, approaching his 72nd birthday, he’s been receiving some of the best reviews of his career for a new film that harks right back to his cinematic roots.

Starring Ethan Hawke as a troubled clergyman languishing in a historic Albany church that’s as much museum display as place of worship, First Reformed is a modern story framed in the austere arthouse style of old masters Carl Theodor Dreyer and Robert Bresson.

With a protagonist whose crisis of faith is informed by looming environmental catastrophe, it’s a film whose timeless concerns intersect with today’s global anxieties. Yet its static framing, boxy screen format and general air of astringency sees Schrader adopting a formal approach very much in the style of his own personal filmic touchstones.

Indeed, back in 1972, the youthful Schrader published one of the canonical works of film criticism, Transcendental Style in Film: Ozu, Bresson, Dreyer – a study that for the first time defined a certain strand of ‘spiritual cinema’. It’s been an influential text for fellow filmmakers and critics ever since.

Yet First Reformed is the first of Schrader’s own films to explicitly follow the same kind of formal severity described in the book, so perhaps it’s no coincidence that at the same time he’s also reissued the Transcendental Style book with a new introduction, exploring the output of Tarkovsky, Béla Tarr, Theo Angelopoulos and others who’ve emerged in the years since.

Taken together, the new film and the revised book provide a useful reminder of Schrader’s significant place in wider film culture, not least as someone whose strict Calvinist upbringing meant that mere ‘movies’ were pretty much off-limits when he was growing up.

Moreover, as fate would have it, BFI Southbank’s current two-month celebration of the screen career of playwright Harold Pinter also includes one of Schrader’s most intriguing outliers: 1990’s The Comfort of Strangers.

In Schrader’s hands, the Pinter screen adaptation of Ian McEwan’s enigmatic novel – about a holidaying couple in all sorts of peril – is situated in an ornate yet somewhat sinister Venice, where dandyish local denizen Christopher Walken plays host to frazzled visitors Natasha Richardson and Rupert Everett, like a spider prowling the most glittering of webs.

An undervalued item in the varied Schrader filmography, it will also be re-released on a BFI Blu-ray later in the year, so to mark Schrader’s move back into the spotlight, the man himself joined us for a chat down the line from Los Angeles. 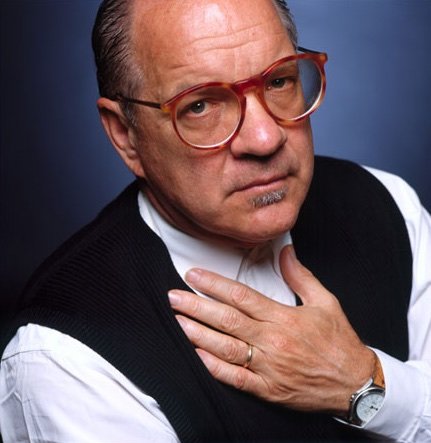 For many arthouse devotees, First Reformed will recall the old masters of another era – was it deliberately conceived as that sort of act of affirmation?

Richard Linklater saw it and said that nobody’s even tried to make a film like this in 40 years. What’s particular about it, I think, is that a film which resonates with the here and now should be so embedded in film history.

Yes, people might expect you to make a film about a troubled, lonely clergyman, but did you also set out to surprise audiences with the strong thread about environmental activism that runs throughout?

It’s a film about the here and now because it connects two different things for the first time. For centuries, saints and scholars have tortured themselves in the middle of the night with that religious sense of sickness until death. But now you can link that with a very contemporary sociological rather than spiritual sense of hopelessness as a species – because the whole world is starting to experience that.

Was there a sense of risk involved for you in making a film that so directly calls on the formal style of directors like Dreyer and Bresson?

Yes, that’s why it took me 40 years to do it. I didn’t want to go out on the thin ice and fall through. The other thing is that when I was starting out this would have been a film with a 42-day shoot, but given all the changes in technology we were able to do this in 20 days. That makes it half as expensive and doubles its chance of recouping its budget. I can say to a financial entity that I can make this film at a certain price for them and it will be a responsible investment. 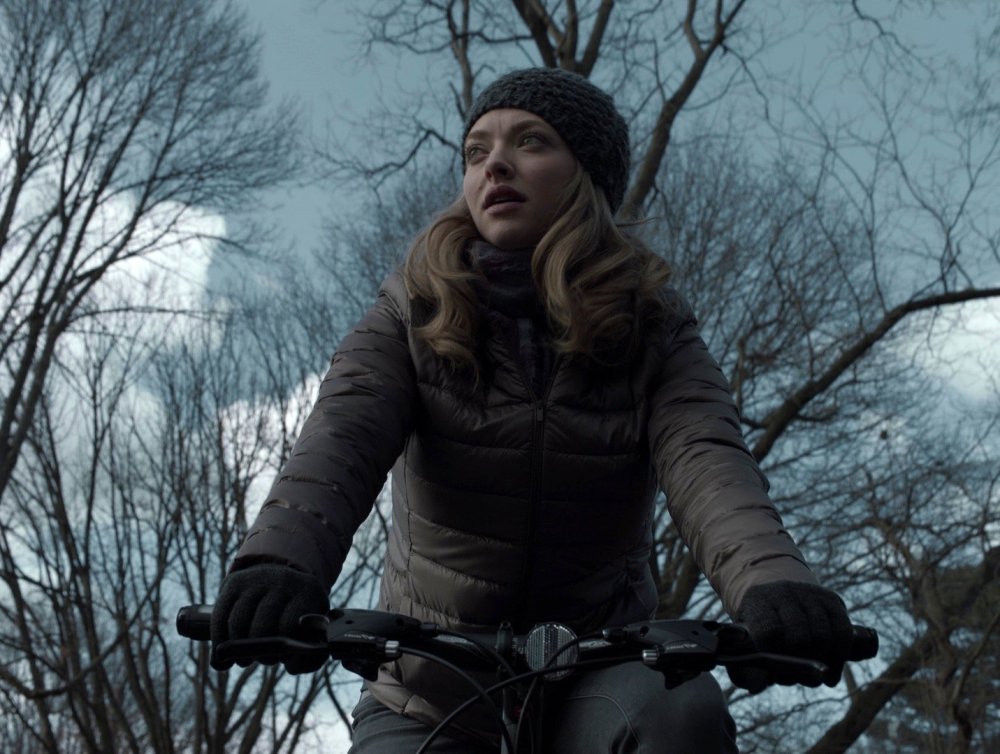 But it wasn’t all about the money, surely?

Of course. The turning point for me was when I went to present an award to Pawel Pawlikowski for his film Ida (2013) at a ceremony for the National Society of Film Critics. He convinced me that it was not only financially viable for me to make a film like Ida, but that I was coming up for 70 and now was definitely the time to do it. We walked and talked for about nine blocks back to the hotel and by the end of that I’d totally convinced myself it was the moment for me to start on the script I always told myself I’d never write.

And did you have a sense already that you wanted to make it in the classic Bressonian austere style?

Well, that came from Ida, I have to say. I originally wanted to do First Reformed in black and white, but we had a delivery requirement which prevented that, but still allowed us to go with the academy format. What that gives you is a sense that this just isn’t like today’s other movies. You can’t shoot dialogue over the shoulder in that way that you can with a more horizontal format. No audience member has ever complained that there’s no ‘overs’ in a movie, but with First Reformed I think they instinctively realise that they’re watching something out of the norm.

Thematically, it’s absolutely of a piece with all the films you’ve written and directed that focus on a disturbed, isolated male protagonist trying to make sense of his place in the world. Did you have a sense of a distinct through-line to First Reformed through Taxi Driver, American Gigolo, Light Sleeper and so on?

I had a sense of completion. The new film certainly connects to things I’d written about in my first book, Transcendental Style, 45 years earlier, and in my first real script for Taxi Driver after that. And somehow after all these years they’d started to come together and entwine. 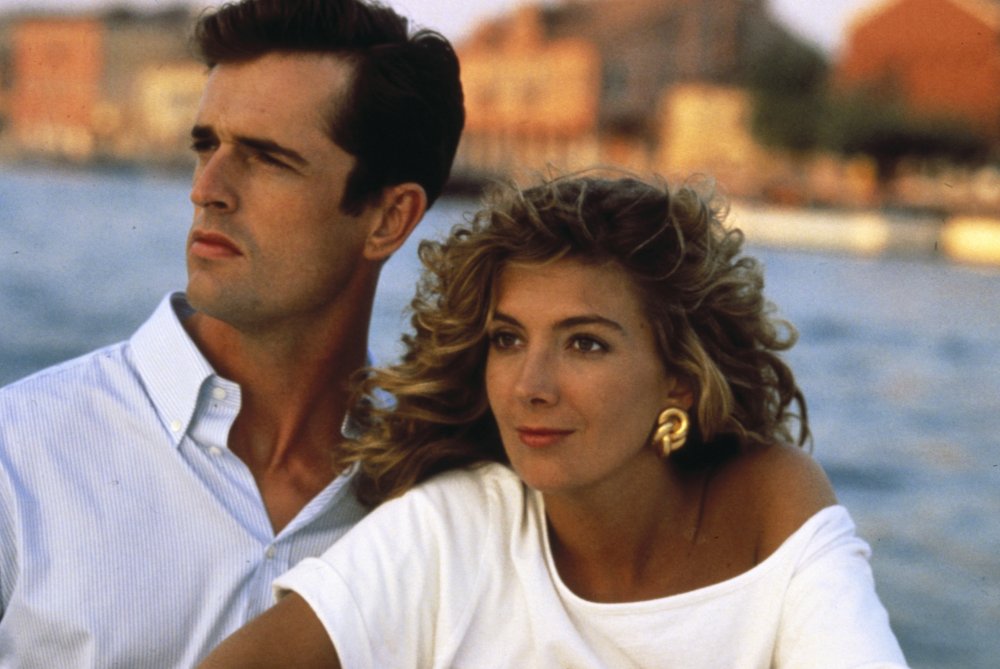 Did working on the script for First Reformed somehow inspire you to go back and take another look at the book?

Actually, I was invited by the Society for Cinema and Media Studies to a convention in Atlanta, where various academics read out their papers on ‘Rethinking Transcendental Style’. I was listening to all this stuff and thinking that if there was anyone who should be doing the rethinking, it was me.

So that started me going back and trying to work out what the hell was in my mind when I wrote it, how cinema and my thinking had changed in the meantime, and what I know better now than I did back then. In the event, the revised book and First Reformed came out in the US within a week of each other.

When you say ‘completion’, is there a sense of finality about that?

I’ve certainly had that thought. Like Philip Roth did four or five years ago. It also brings to mind a wonderful Vince Gill song about his brother’s death, where he says: “Go rest high on that mountain, son, your work on earth is done.” So is my work here done? Maybe it is, maybe it isn’t…

With all the looking back that First Reformed and the revised Transcendental Style have inspired, it would be a shame if some of your more atypical films got ignored in the shuffle. Looking at The Comfort of Strangers again recently, it does seem to share with First Reformed a certain withholding quality – do you see that film as another piece where the audience have to come to it on the film’s terms?

A film in the spiritual style like First Reformed is very planometric, without much sense of foreground, using a static camera, delayed cuts, all those things. The Comfort of Strangers, on the other hand, is just full of camera dynamics. I move it more there than in any other film I’ve done. So these two are stylistically at opposite ends of the scale, but, you’re right, there is a withholding quality about it, and that’s down to Pinter. Harold just isn’t going to give you what you want.

Given the distinctive source material in Ian McEwan’s novel, and those specific qualities that Pinter’s writing bring to the party, did you feel there was also room for you to put your own stamp on the film?

Ian’s thing was that men and women are basically incompatible, and no amount of socialisation can paper over that one, and with Harold it’s this notion that language is a tool we use not to communicate. So you had two really strong themes there, and I guess what I brought in was the Yukio Mishima idea that beauty is in itself dangerous. I wanted to polish up that apple and make it so shiny it was irresistible, but when you bit into it, it was full of maggots. 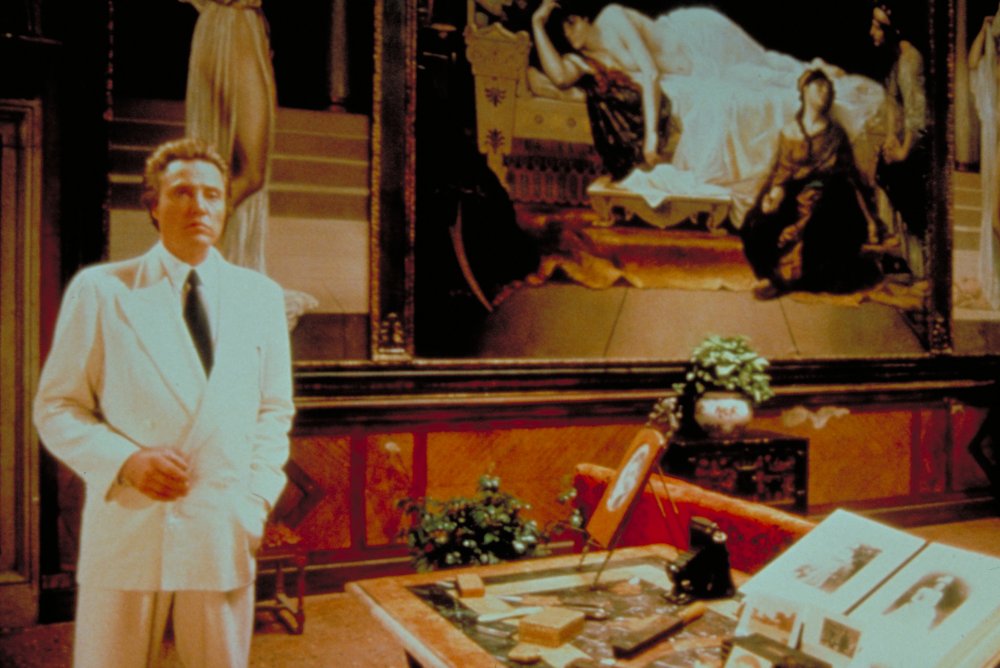 And yet for a film that appears to be about claustrophobia, you create all these exquisite open spaces and palatial rooms as a sort of ornate trap…

The locations and the sets we built all had this Moorish element, but the sense of space is down to the way I used the camera. It’s my most graceful job of direction, my most Bertoluccian film, and I’m really proud of it in that respect. The way the camera glides through the rooms is how you’re telling the story.

And could you balance the rhythms of the camera movement with the very specific cadences of Pinter’s dialogue?

Harold loved the film, actually. I remember I got the cast together, because it’s basically a four-hander, and all the actors were used to working with directors who’d acquiesce to their demands for script changes. But I didn’t want to change anything; I wanted to keep Harold’s voice. So I rang him up and we made a deal, where we’d do two weeks of rehearsal, he’d take the first week and I’d just observe in silence, then I’d do the second.

Harold slammed her down: Natasha! You know very well that I’m simply not going to answer such questions! Which is pretty much code to say the actors had to look in the text and find their own answers…

Week two arrives, Harold has departed, and I’m like “Okay, Big Daddy’s gone now, anyone got any questions?” Silence around the table, they’re all looking at each other, then Chris Walken pipes up: “I really like it the way it is.” And that’s what we shot.