Out of the Rubble: Penny Woolcock on the mistakes British cities keep making

Director Penny Woolcock tells us about her new short film on housing, poverty and immigration in modern British cities, commissioned by the BFI as an artist’s response to our Britain on Film collection of digitised archive films. 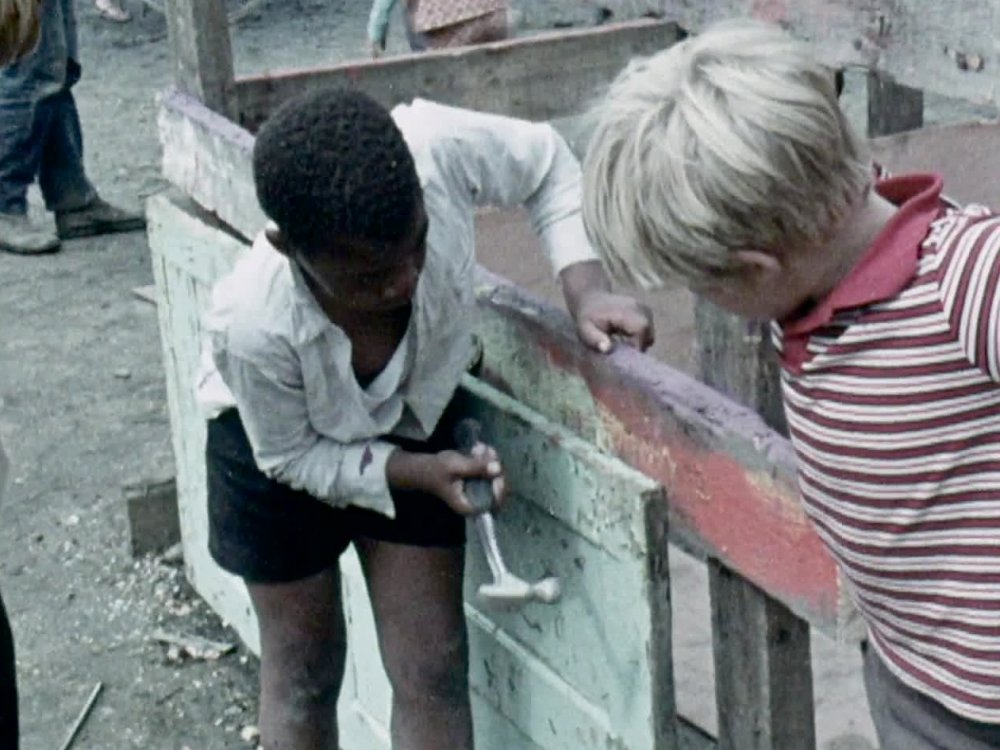 Penny Woolcock’s new short film Out of the Rubble (screening on Film4 at 11.15pm on 8 February and available simultaneously on BFI Player) was commissioned by the BFI as an artist’s response to the vast collection of newly digitised films of life in the UK made available online as part of the Britain on Film project. One of our most uncompromising and unique filmmakers, Woolcock previously collaborated with the BFI on the feature-length archive compilation film From the Sea to the Land Beyond, but here turns her attentions away from Britain’s coastlines to the subject of life in our cities.

Given free rein in the archives to create her own interpretation of the films, Woolcock explores how urban planners tackled the grim poverty of the postwar era, from Brixton to Glasgow, Islington to Birmingham, believing that tower blocks would transform the lives of those living in decaying slums. She follows the cycle of optimism, building and eventual decline, meeting people who 50 years on bear witness to the effects of housing on real families, striking a contemporary chord with themes of immigration followed by gentrification, making our inner cities unaffordable and pushing working-class communities to the periphery. The irresistible nostalgia of scenes from the 1950s, 60s and 70s is tempered by a realisation of the force of history at work.

Ahead of the unveiling of Out of the Rubble, Samuel Wigley asked Woolcock how the project took shape.

With all these thousands of archive films at your disposal, how did you decide which story you wanted to tell?

It really jumped out. Certainly in London, and probably in Birmingham and Manchester as well, you can’t be five minutes with people before somebody starts talking about housing. It’s not just that poor people are being pushed out to the periphery but I know a lot of university graduates from middle-class families who are living with their parents or sleeping in somebody’s front room. It’s really a hot topic. 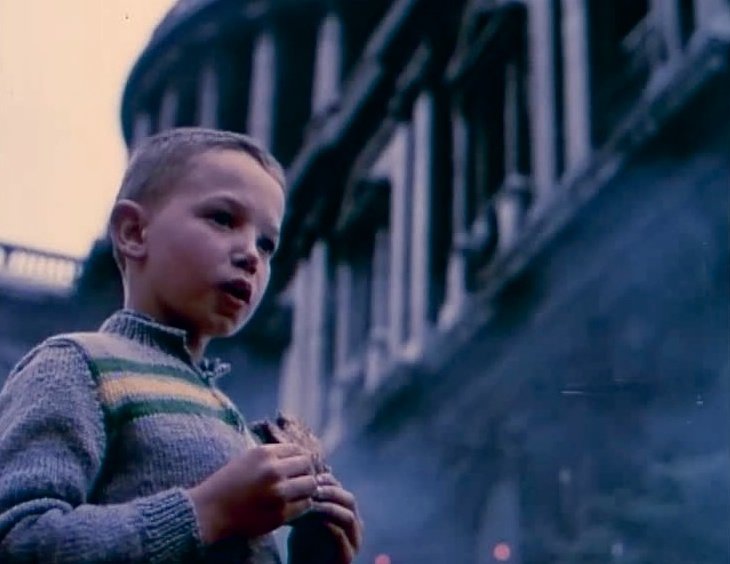 I waded through a huge amount of stuff, including a whole section of the archive about quaint rituals that are still being performed in British villages – but that didn’t really grab my interest, though I think it’s one of the things that some of the BFI archivists are quite keen on. It was more the material about postwar optimism and slum clearance, and housing estates that were seen to be a utopian solution. That led me to thinking about how that vision had really unravelled to where we are now, when those high-rises and estates are seen to be very desirable and being done up again but not as social housing.

What were some of your most exciting discoveries?

One of the first films I watched was Do Something! (1970), about the Martin Luther King playground being set up by working-class mothers in Islington – which is where I live now. Islington is considered to be affluent now, but here was this voiceover calling it one of the worst places in the country! It shows people living in hideous conditions, but these properties that they wanted to knock down are now being sold for three or four million pounds.

The Martin Luther King playground is still there, and still has the same ethos. Finding that film was an exciting moment. And seeing the film of Linton Kwesi Johnson walking through Brixton market, which is hipster paradise now. You would never have predicted that to happen. That was the fun part: to compare the footage to where we are now.

It was really enjoyable. You’d sit there watching old films all day and think, gosh, I’m being paid to do this. 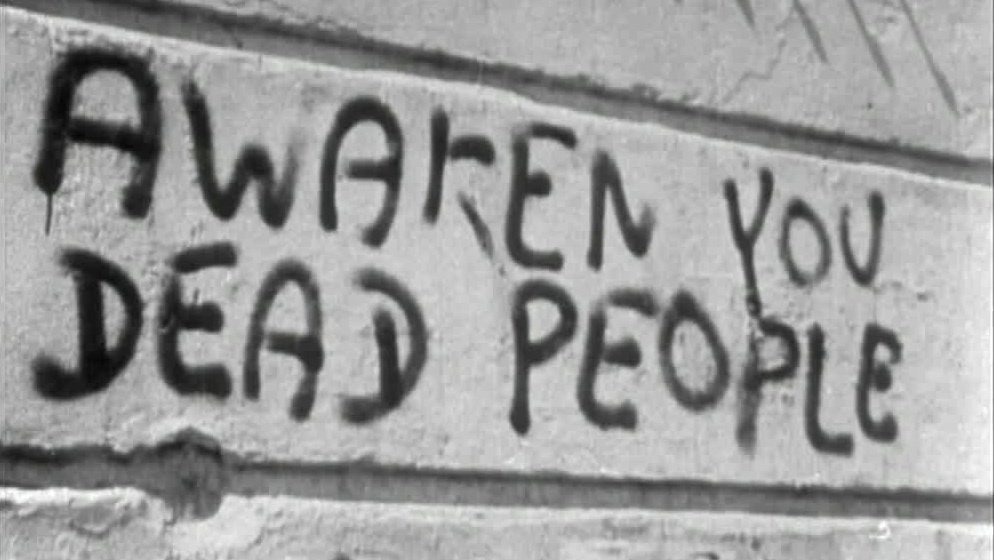 Following From the Sea to the Land Beyond, was this a conscious move away from Britain’s coastline to its inner cities?

I don’t like to repeat myself. I surprised myself with From the Sea to the Land Beyond because it’s quite a nostalgic film. It has got scenes about declining industry and social conditions, but it ended up having quite a benign tone. Generally, archive film is used in a nostalgic way. One of the things I was interested in doing this time was subverting that and making a film that’s more overtly political.

How much travelling did you do for the project?

We had a limited budget and we really only had two days, including travel, to shoot the then-and-now stuff. Driving up to Glasgow took the best part of a day even though we left very early in the morning. The housing film we saw of Glasgow in the 60s [Glasgow Housing (1967)] was so shocking: people living with six or seven children in one room, and no plumbing and no loo and the kids being sick all the time.

We were thrilled to find that Richard Holloway, the radical bishop in Glasgow, was still around and he’s still really passionate. He took us through the story of how the tenements were razed to the ground instead of being renovated. And they’d built these hideous tower blocks and that had all gone wrong, and they’d been overrun with cheap heroin and so on – and now they’ve gone back to building housing that is more responsive to the way people live. It was a story of monumental mistakes that messed with people’s lives. I think what Holloway says about poor people never being consulted about what it is they want is still sadly so true. 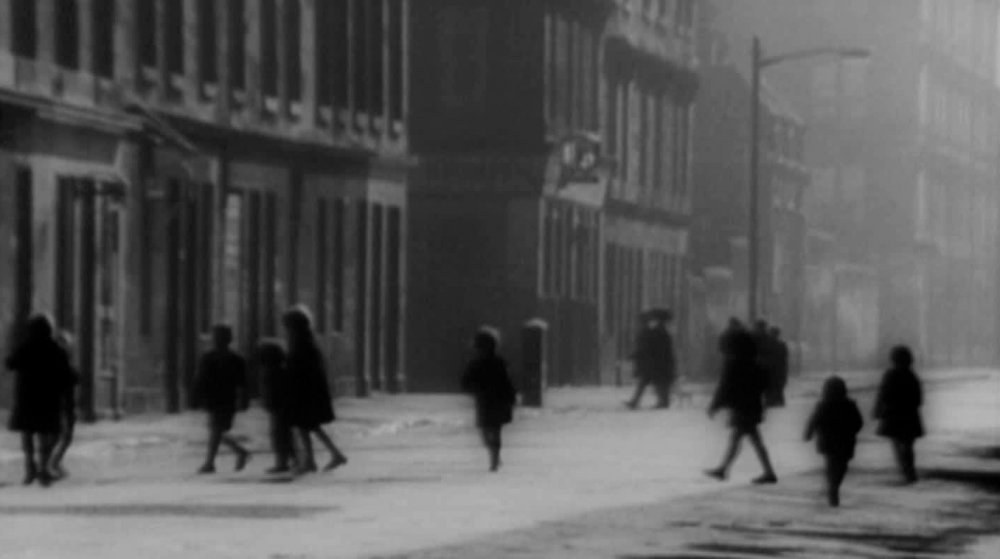 I asked Holloway if he was still a minister, and he said he’d got so annoyed with these pointless debates about gay marriage and women priests (which he’s obviously in favour of) that he flung his mitre into the river!

Were there guidelines set down in the commission, such as how long the final film should be?

I was commissioned to make something that was five minutes long, but that was so difficult to do. So we ended up making the 17-minute version and even that was a struggle because there were so many things I wanted to say. We did do a shorter version, but it felt like it had been eviscerated. I was grateful I was allowed to do the longer version: it had the heart of what we wanted to say.

Your film ends on a rallying cry, with an extract from New Towns for Old (1942) showing a Yorkshireman imploring: “Remember, it’s your town.” What are you hoping the audience will take away from Out of the Rubble?

Well, nobody thinks it’s great that investors in Hong Kong and Singapore or Russia or the Middle East are buying vast amounts of property [in Britain] that nobody intends to live in and nobody else can afford. But somehow we’ve become so supine and none of us really knows what to do. 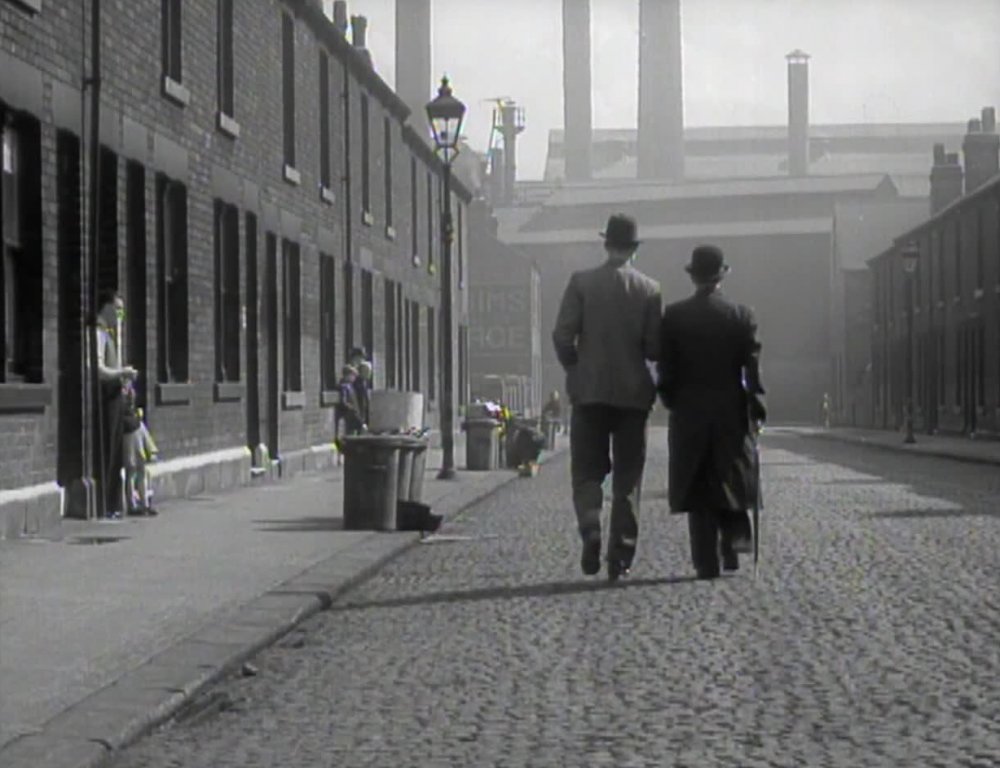 I hope that Out of the Rubble gives the picture that actually there are measures: not leaving properties empty but insisting people can live in them, and just refusing to allow the whole of central London to become a sort of desert for private investors who are sitting on empty property that they know is going to make them money.

It’s not that I think that art can change the world by itself, but it’s certainly part of it. Anything we can do to contribute to a call to action or a proper debate… because what’s happening now is out of control.