The poetry of small moments: How we filmed Ordinary Love 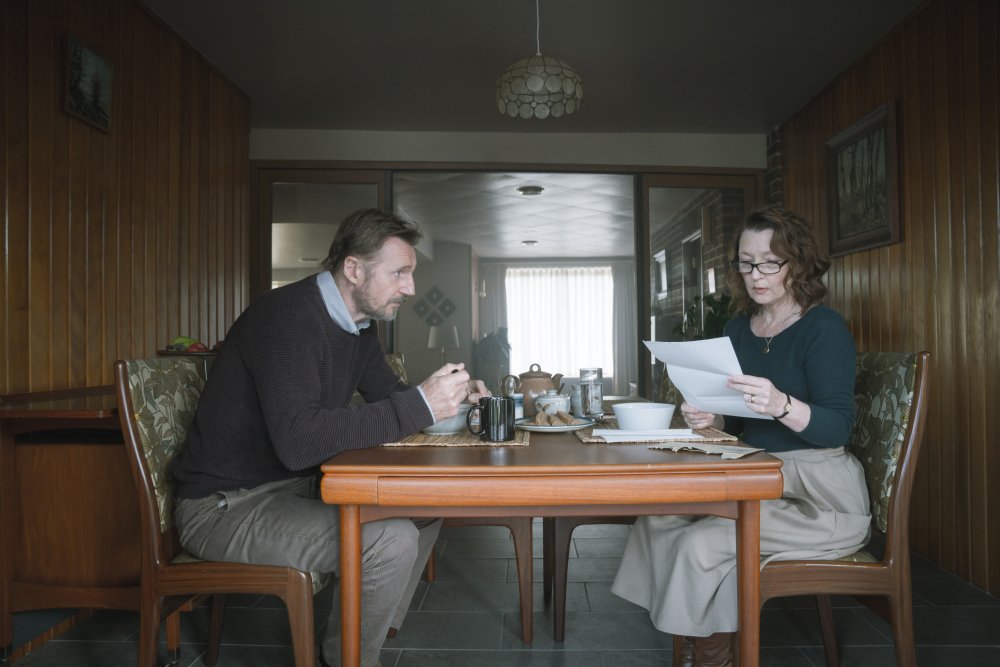 Ordinary Love, backed by the BFI Film Fund with National Lottery money, is in cinemas from 6 December 2019

It had its UK premiere at the 63rd BFI London Film Festival.

It may be small in scale and intimate in approach, but the latest film from directing duo Lisa Barros D’Sa and Glenn Leyburn is anything but ordinary. The tale of long-married couple Joan and Tom (played by Lesley Manville and Liam Neeson), who are wrenched from their comfort zone of ritual and routine after Joan is diagnosed with breast cancer, Ordinary Love is a masterfully crafted exploration of, as Barros D’Sa describes it, “the poetry of those small everyday moments that deserve to be celebrated on the big screen”.

Produced by Canderblinks Film and Music, the Belfast-based film company that Barros D’Sa and Leyburn own with musician and composer David Holmes, Ordinary Love marks the debut screenplay by Irish playwright Owen McCafferty (Fire Below, Death of a Comedian); someone with whom the directors had long wanted to collaborate. That it is based on McCafferty’s own experiences of his wife’s breast cancer made this a truly personal project, and informed the way in which the directors approached every element of the film. 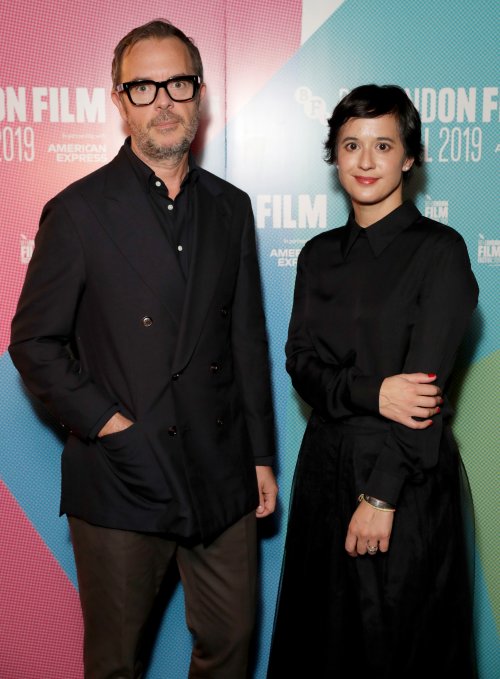 “You wouldn’t describe our last film, Good Vibrations [about the explosion of punk in 1970s Belfast], as a minimal film,” acknowledges Leyburn. “We shot an eight week schedule in five weeks; it was like harnessing chaos, capturing lightning. In contrast, Ordinary Love was about pairing everything back to its essential elements. We talked to the DoP, Piers McGrail, about the film being quietly observed, having each frame very considered with an almost spectral point of view, at times, in its observations of Tom and Joan. We also held the camera slightly wider than normal, so that when we had close-ups they had more power. It was all about having time to give Liam and Lesley, allowing them the space for their performances.”

“This is a story about a couple who have small but seismic moments in their lives, and go on a journey, separately and together, that moves their life forwards,” adds Barros D’Sa. “It was about creating that considered stillness, and allowing the dynamic moments to really land.”

Indeed, while it is dealing with big themes of illness and mortality, much of the emotional power of Ordinary Love lies in its quiet moments: empty rooms, the comfort found in familiar gestures, the trauma of a changed routine all suggesting that, while life may look the same on the surface, everything has changed.

“There are lots of aspects of the language of filmmaking that you can use to tell that in a delicate way,” says Barros D’Sa of the small ways in which the film conveys its ideas of love and loss. “The house, the space they inhabit so comfortably, is like a cocoon which they have developed around themselves, and then they are forced out of that place. The rhythms, the pace of the story, conveys that sense of displacement. We spent time talking about the domestic details, like the ritual of making tea together. Who pours the tea, who puts the milk in, the fact that they always share a scone. Then, later, when Tom is on his own at the table, there’s no milk jug. Things are off, the rituals have been broken. These are not big obvious things that we expect people to notice; it’s all layering, it subliminally makes you feel something.”

While Tom and Joan’s experiences may tug at the heartstrings, the filmmakers say that they were drawn to the screenplay because, at its heart, it isn’t a story about illness but about love. “We were so enthusiastic about telling a fresh and unusual love story; a relationship of equals that’s been a long time in the making,” says Barros D’Sa. “This is a middle-aged couple who are not bored of each other; they are not trying to find their way out. They have a vital spark, they make each other laugh, they still fancy each other.”

As the long-married couple, Manville and Neeson share an easy, relatable on-screen chemistry – so it comes as something of a surprise to learn that they had never met before this project brought them together. From its very early stages, however, Barros D’Sa and Leyburn knew that the pair would be perfect for these particular roles.

“When Owen delivered the first draft of this and we read it, we instantly heard Liam’s voice,” says Leyburn, who, together with Barros D’Sa, had been meeting with the actor for another project that is yet to come to fruition. “We understood a little bit about the stories he’s interested in, and we knew this was something he would like. We sent him the first draft, which is quite unusual. Normally these things are poured over and redrafted before they ever go to cast! And he signed up pretty much straightaway.” 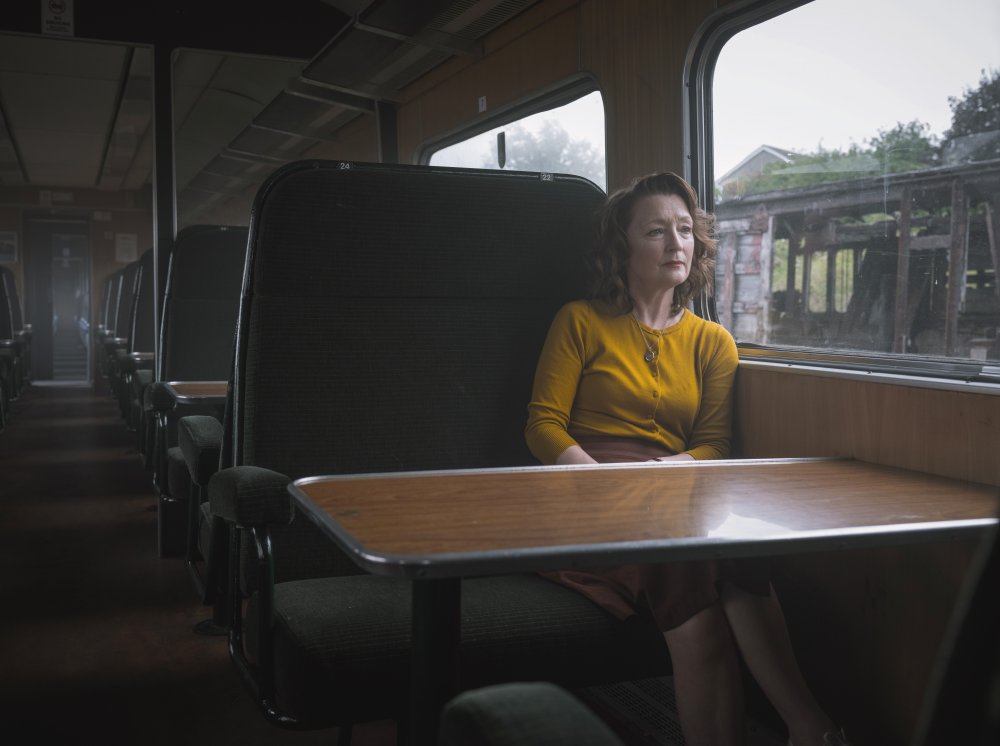 “Lesley is an astonishing actress, someone who can do anything,” notes Barros D’Sa of the film’s other key casting. “She and Liam have a natural quality; you always believe them on screen. There was a sense that they would find common ground, that their sensibilities would match. We all met in New York, where Lesley was performing in Long Day’s Journey into Night on the stage, where we spoke about the script and the characters, and we had a little time in Belfast before we started shooting. But it’s a testament to their way of working that allowed them to be vulnerable with each other, to be able to immediately feel like a couple who had been married for such a long time, because that’s what the whole thing stood or fell on.”

As essential to Ordinary Love’s naturalistic performances and contemplative visual style is its evocative score, which combines comforting repetition and discordant notes to reflect the tumult of the couple’s journey. It was composed by producing partner David Holmes, who has scored myriad works from the Ocean’s franchise and independent films like Hunger (2008) and ’71 (2014) to TV shows including Killing Eve (2018-), along with his collaborator and friend Brian Irvine. 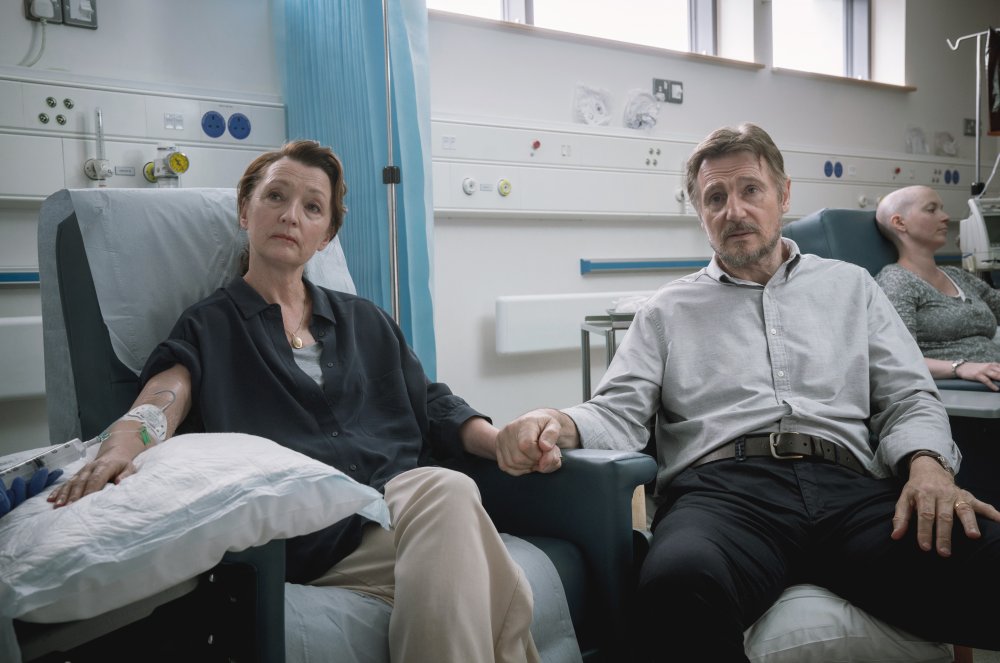 “David is one of those artists who can flow into any space, stylistically,” says Barros D’Sa. “He is incredibly instinctive about story and theme. We always develop the music in the early stages of a project; David will start sending playlists and we’ll build up the ideas for the music through them. He and Brian very quickly understood the delicacy of the emotion [in Ordinary Love]. It’s a really unsentimental film, so they created music that held back, that didn’t focus on the emotional scale too much, just held the line very delicately where nothing is quite resolved.”

“David described it as the trickiest score he’s done to date!” laughs Leyburn. “Because of that thing of stripping every aspect of the film back to its essential elements. If you veered off, or you held a shot for just too long, or you tried to push the emotion too hard with the music, it knocked the equilibrium off for everything. When the story is that spare, then every little detail has to be honed, calibrated and balanced.”