My Nazi Legacy: revisiting the sins of our fathers

A thorny new documentary takes a journey across Europe and into the past in the company of two ageing sons of senior Nazi officials. To find out more, we spoke with director David Evans, human rights lawyer Philippe Sands and Niklas Frank, the son of Hitler’s personal lawyer. 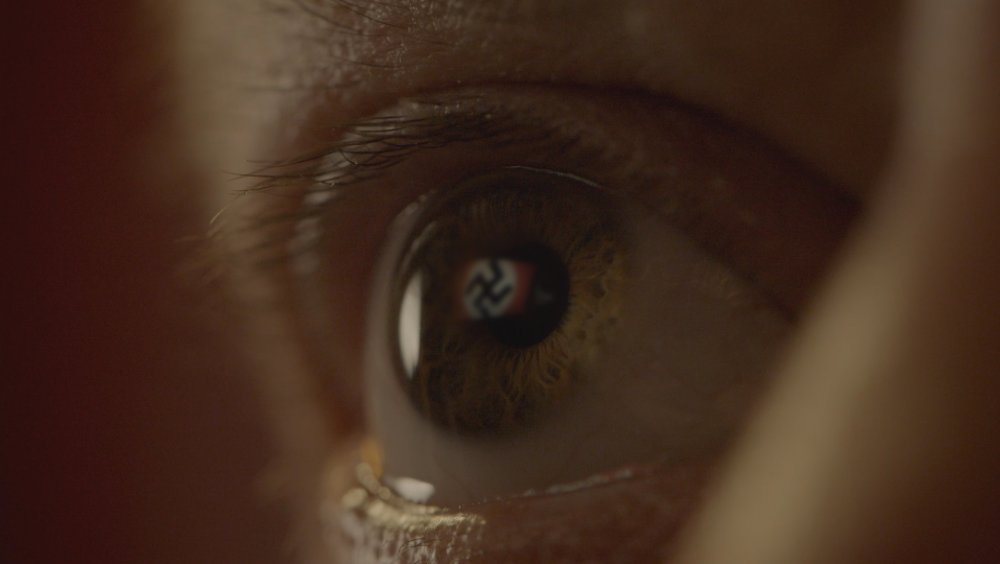 My Nazi Legacy, backed by the BFI Film Fund, is on BFI Player now and available on DVD from 18 January.

There are screenings at cinemas across the UK for Holocaust Memorial Day on 27 January 2016. Read more.

When human rights lawyer Philippe Sands was researching his book on the origins of international law, he didn’t expect to befriend Niklas Frank, the 70-something son of Adolf Hitler’s personal lawyer, Hans Frank. The product of an unlikely friendship, David Evans’ My Nazi Legacy follows Sands, Frank and Horst von Wächter – son of prominent Nazi Otto von Wächter – as they travel across Europe to learn about the legacy of their fathers. Simran Hans sat down with Sands, Frank and Evans to talk about the pain – and the productivity – of their trip.

How did this project arise?

David Evans: Philippe and I have been firm friends [for 20 years] and we were literally having a dinner table conversation about how interesting Niklas Frank and Horst [von Wächter] were. We had no idea at all when we started what the film would finally become. I was in a minivan driving from Munich airport with a cameraman and a sound guy, which is the kind of lo-fi situation I hadn’t been in for a long time. Philippe and Niklas got out of the hire car, essentially in a layby next to the lake, and we just started filming. That’s the first time I met Niklas.

David, you’ve worked in drama for a long time – was documentary a form you were itching to get back into?

DE: I had no idea what a breath of fresh air it would be for me, because making drama, particularly television drama, you are subject to the tyranny of the script. Suddenly realising that Philippe and I could make it a more personally moulded piece of work – that was actually a discovery, really. I’d forgotten what bliss that can be. 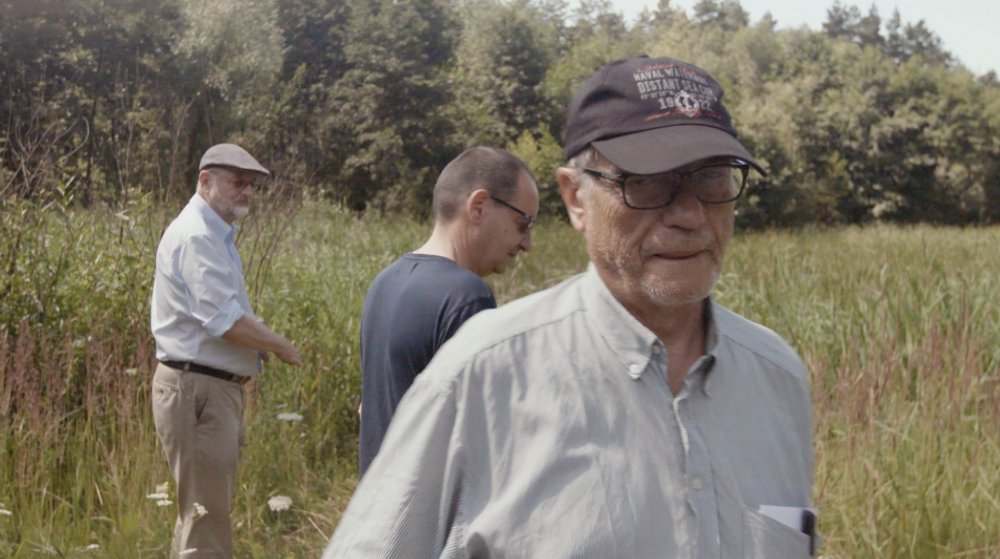 My Nazi Legacy (2015): Niklas Frank and Philippe Sands (in background) and Horst von Wächter at the site of a mass grave outside Zolkiew, Ukraine
Credit: Sam Hardy

Was it in the original concept for Philippe, whose family were persecuted by the Nazis, to be so emotionally involved in the story?

Philippe Sands: As it was first conceived, I was behind the camera. I remember when David first broached it, I don’t think I was too keen about it.

You are quite vulnerable in this story – but in a way that serves the emotional truth of the film.

PS: I’m vulnerable at many levels. I have an emotional vulnerability at one level, but also I’m at the receiving end of [David’s] directorial decisions, which I cannot control. There are bits of the film that I am very uncomfortable with.

Which bits, if you don’t mind me asking?

PS: The bit in the Aula – the parliament of Galicia – when I dig up the document.

PS: It’s any filmmaker’s favourite bit because I – the calm, reasonable, unemotional barrister – lose my rag. And it is the moment where the mask of the professional slips, and the human being emerges, and for a filmmaker that’s wonderful.

There is a balancing exercise between what makes a good film and what makes me comfortable. My favourite review actually is the one on Roger Ebert’s website, which says that, unlike many documentaries made by people who were in it, Sands very obviously doesn’t seem to care how he comes across. And I thought actually, yeah, that’s true. I don’t at times come across very elegantly, or particularly empathetically.

DE: I remember having to say to Philippe that for this film to work, I’m going to need to be able to manipulate you like a dramatic character, as the protagonist, like a drama, going through a set of experiences. I think the film could’ve been frankly, a rather second-rate expositional film about the Holocaust, and the role of Hans Frank, the historical role of Otto von Wächter, and if it had been that, I don’t think it would be anywhere near as good. 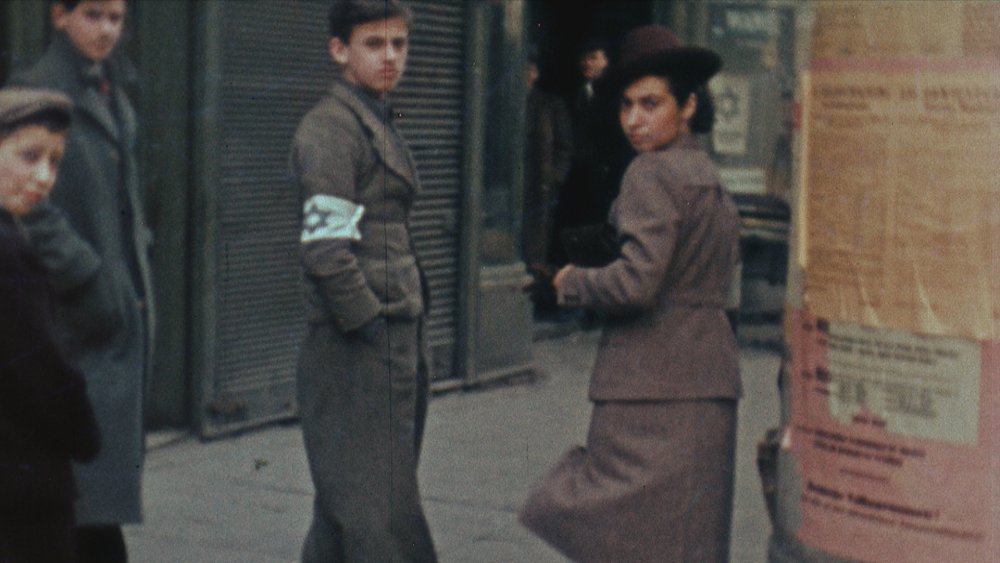 Niklas, how did you come to know Horst von Wächter?

Niklas Frank: I don’t know if he was the first one who wrote me – it was years ago. Then we stayed friends, and never talked about our fathers. He used to sign his mail with ‘Your Governor Friend’ just as a joke. I never found out that he was so determined to excuse his father; he said he was the only one [of the Nazis] who saved a lot of Jews and a lot of Ukrainians. He even went so far as to say – it’s not in the movie – that the Soviet Union cracked due to [his] father. He was really crazy.

Did making this film change your relationship with Horst?

NF: Yes it did. I really broke [up] with him. I wrote him really very hard, tough, offending emails. He distributed all my emails to his friends! But we met again in Vienna, and he’s a nice guy. I wouldn’t say we were friends anymore, but I wouldn’t knock him down. Now I know how his mind ticks.

PS: Being in that field with people in Waffen-SS uniforms and his sense of joy [disturbed me]. As I said to him, “How can you feel validated shaking hands with men in Waffen-SS uniforms?”, and he said it didn’t matter who shook his hand, [it mattered] that they thought his father was a great guy. That really was a very shocking experience. 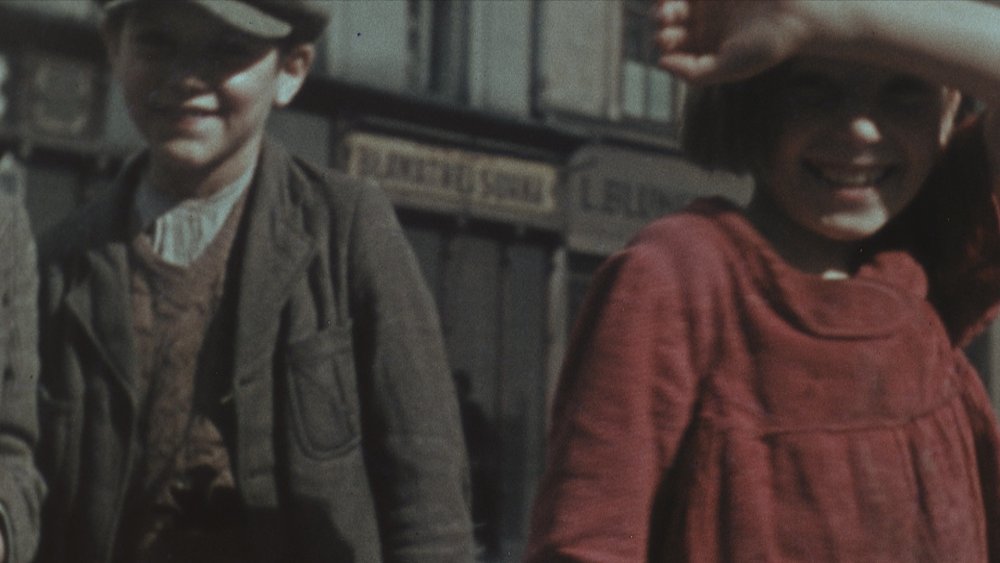 Niklas, in the film you talk about your strained relationship with your father. Do you think that’s coloured how you’ve been able to process the terrible things he did?

NF: Of course. It was easier for me than for Horst. At first [my father] did not acknowledge that I was his son.

Was it painful to revisit your memories of that relationship?

NF: I despised him so much. Why do I remember the moment [when he playfully dabbed shaving foam on my nose]? It’s burned into my head because it was the only [tender] moment. I longed for the love of my father as every child does. I have this scene in my mind, even though I’m 76 years old. It’s still there.

What was the most difficult aspect of making this film?

DE: It was hard work, but it was good, productive work.

PS: Being with sons of two people whose fathers played such a central role in the life of my family, a story that had never been told [and] that I never really knew the details of, it has taken me back to that period, and that’s very painful. I think a lot about my grandfather who I knew very well, and I now see things that were [once] closed off. Those things are part of my life in a way that they were not before.

NF: This film was the first time in my life that I experienced some kind of emotional connection with my father. I suddenly found out [by exploring his Catholic religious rituals that] this kneeling down [and] getting the cross on his forehead, was his desire to be an innocent child again. This suddenly brought me very near to my father. It was the only film [I’ve taken part in] so far that has really touched me personally.

Related to My Nazi Legacy: revisiting the sins of our fathers