Mark Cousins: ‘Stockholm didn’t capture Bergman’s imagination. It did mine’

Mark Cousins’ latest feature, Stockholm My Love, stars Neneh Cherry in a love letter to the Swedish capital that straddles the border between fiction and documentary. What did he see in Stockholm that other filmmakers haven’t? 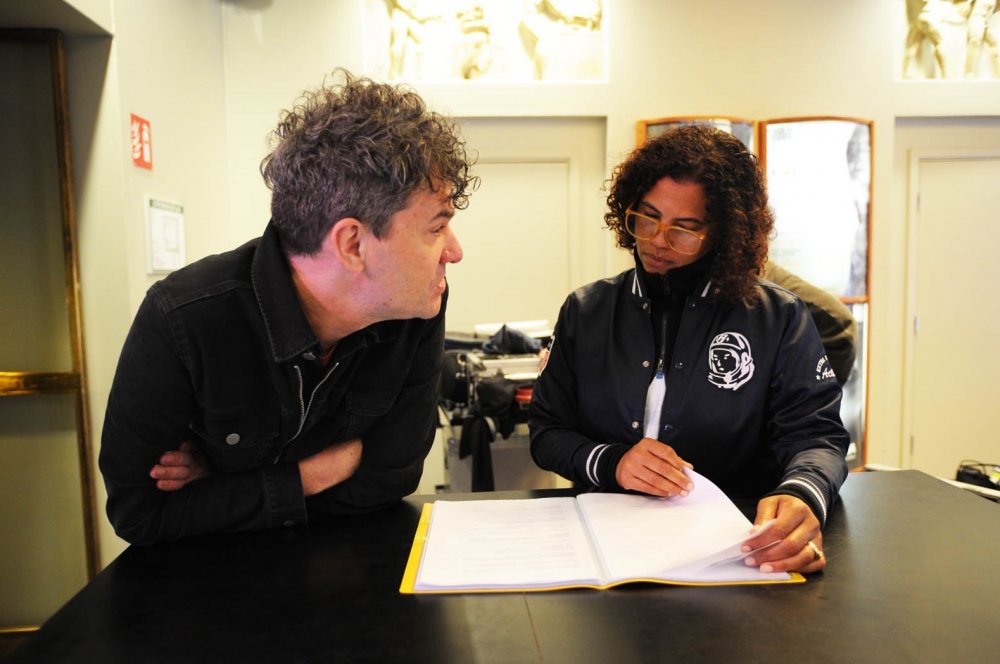 What inspired you to set the film in Stockholm?

The film was inspired by Stockholm itself. It’s a northern jewel, an archipelago town, a place that is dark all winter, but then the light comes and it’s like movie curtains open. Strangely, Stockholm hasn’t featured in cinema as much as other great cities. Ingmar Bergman didn’t train his camera on it a lot. It didn’t capture his imagination. It did mine. I first went there in the late 1980s and have been returning ever since.

How did you come to cast Neneh Cherry and what was she like to work with, especially seeing as it was her first film?

I have been a fan of Neneh’s since the 80s. In TV appearances on Top of the Pops back then, she held the screen. Some people are tremulous in front of a camera. She’s not, so my hunch was that she’d be good in a film. I got her email address from Jonathan Glazer, and wrote to her.  She wrote back, we had lunch and clicked. The theme of the film – walking around a city to try to feel better – chimed with her. She’d done that after the early death of her mother.

Working with Neneh was one of the best experiences I’ve had. When we were filming, she was there, beside me, holding my hand. We were fully in the scenes together. At lunch, she was the one everyone wanted to sit next to because she’s such fun and so caring. She’s always thinking of others. A proper mensch. 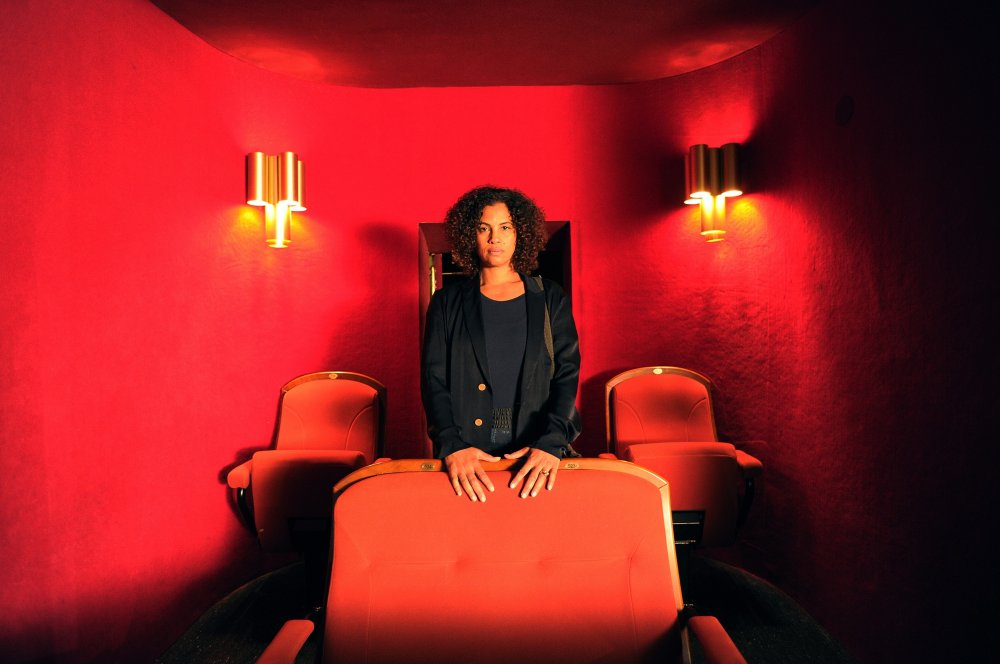 Is it a true story?

No! I was surprised when I was first asked that. It’s totally made up. Some people even think Stockholm My Love is a documentary, but Neneh isn’t an architect, doesn’t drive, and hasn’t experienced the tragedy that her character, Alva, has.

To what extent was the film structured before shooting or did the imagery and dialogue continue to evolve as you went along?

The film had a three-part structure from the start – purgatory, hell, heaven. The hell section was planned in detail because it has lots of tracking shots and camera moves, and takes place mostly in one precise location, Björkhagen. Purgatory was more perambulatory. I filmed bits of it over various trips and several years. The heaven part has fewer shots but a lot more sound work, which was done here in Edinburgh.

The script was drafted before we did the principal photography, but only as a guide, because we shot silent. When Neneh was on screen, I’d read to her some of the lines, to give her the feel of the moment and to judge pacing and shot duration. In the edit we reworked the script, especially in the heaven section.

What is cinematographer Chris Doyle like to work with?

It’s like working with Keith Richards. Chris is wild and willing, nonchalant and passionate, naked (sometimes literally) and, occasionally, scary. But he slips into this unusual way of working, where I’ve been filming for months, then he comes on for the principle photography, with real ease. For such a famous image maker, he’s not precious. We sometimes finish each other’s sentences. 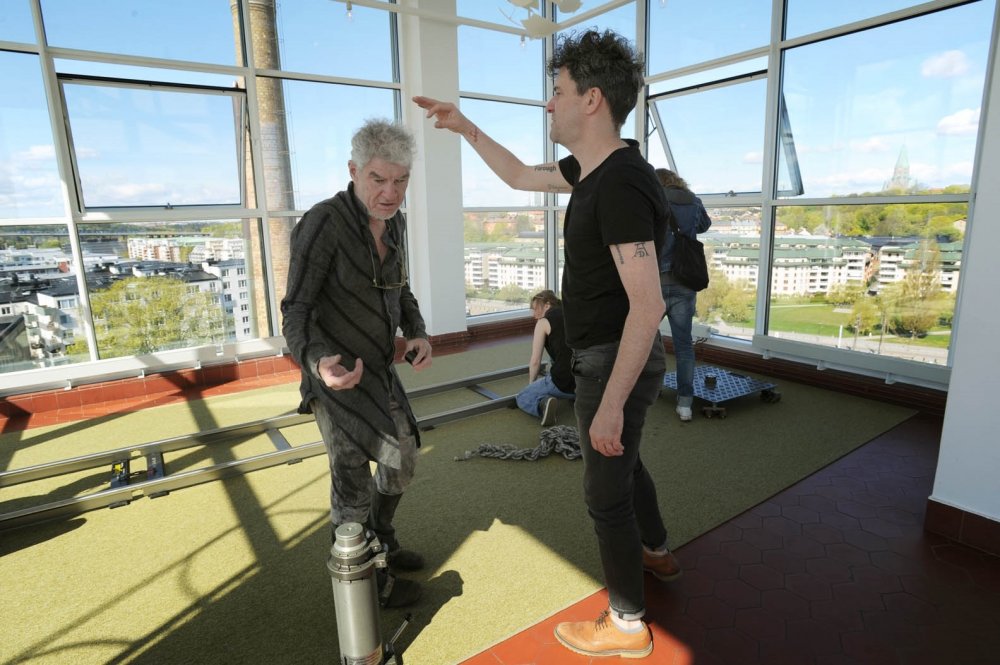 The film touches on the very topical themes of immigration and multiculturalism, which are particularly pertinent to Sweden at the moment. Was that something you and co-writer Anita Oxburgh were thinking about when developing the storyline?

Very much so. As a Swede and a Stockholmer, Anita was very keen that we look at immigration, and Swedish identity beyond the white blonde stereotype. We were both interested in how welcome works when you look different from the majority of the population. Having the main character be an architect allowed us to explore different urban situations and buildings, and consider how each could be seen as a refuge from the storm.

How did the new songs on the soundtrack come together?

I wanted each act to end with a song, so wrote three sets of lyrics. Then I Skyped with Neneh’s producer, Cameron McVey, to discuss the mood and tone of each song; then Ben Page, of Rocket Number Nine, Cameron and Neneh sent me roughs of each song, with some new lyrics, plus other songs (like the ones over the opening and closing titles). The whole process was fast and (for me, anyway) painless. And great fun.

Watch the Stockholm My Love trailer

Related to Mark Cousins: ‘Stockholm didn’t capture Bergman’s imagination. It did mine’