The films that influenced Logan: director James Mangold on the new Wolverine movie 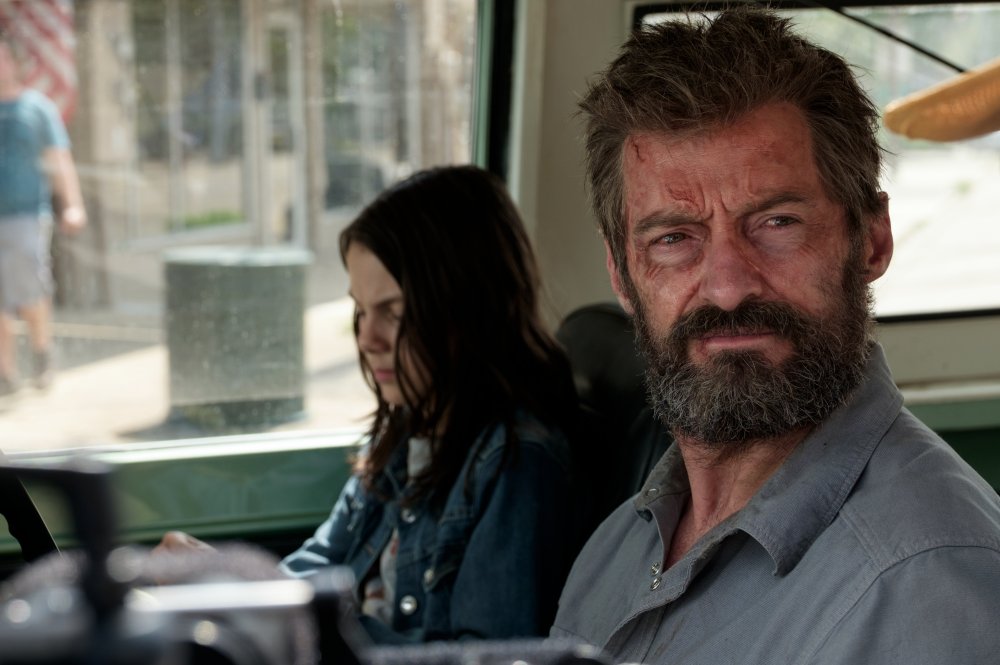 In a career that has seen him take the helm on 10 films in 22 years, James Mangold has become an assured director of both heavyweight actors and punchy action sequences. Mangold first came to prominence with his second feature, Cop Land (1997), a fine corrupt cop saga featuring Sylvester Stallone’s best performance in years and that rarest of pleasures: a strong post-Heat (1995) turn from Robert De Niro. Angelina Jolie’s work in Girl, Interrupted (1999) – another feature Mangold wrote and directed – would yield a best supporting actress Oscar, while Reese Witherspoon’s portrayal of June Carter Cash in Mangold’s Walk the Line (2005) won her the award for best actress.

With Logan, Mangold’s brooding, bloody and profane final chapter of the Wolverine story, he has loosely taken on the Old Man Logan Marvel comic book tales that form a darker, alternative telling of the character’s story. It’s the 10th X-Men film and third Wolverine film, but it’s arguably the first to offer a realistic, adult take on the emotional strains of family relationships and ageing. 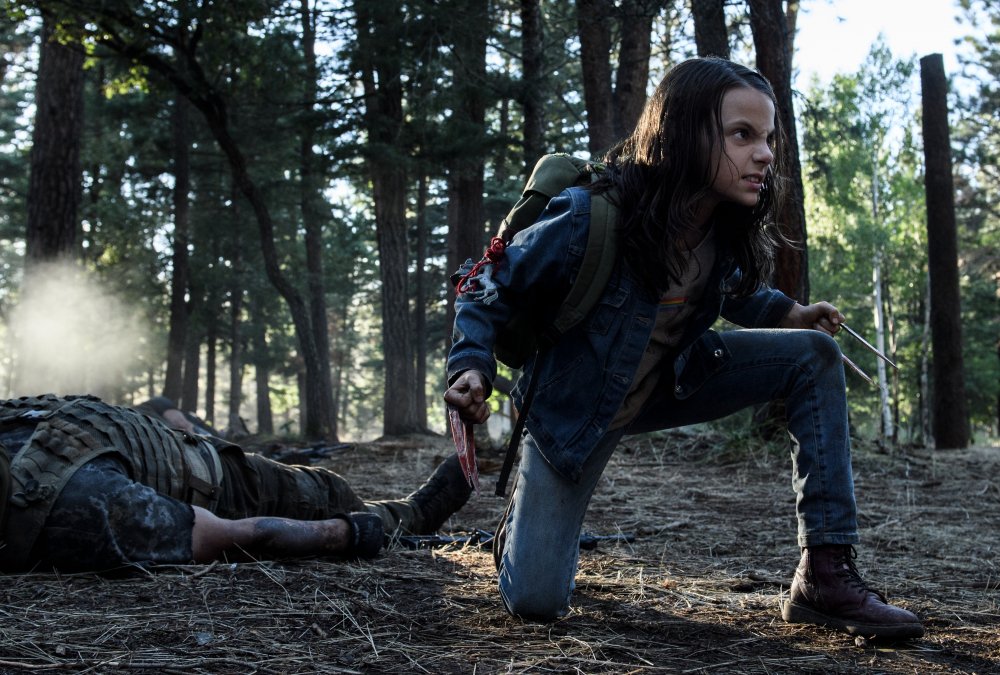 Set in a 2029 in which no new mutants have been born for 20 years, Logan (Hugh Jackman) is eking out a living as a limo driver, caring for the now infirm Professor X (Patrick Stewart) and sharing a derelict home with photophobic Caliban (a charmingly strange Stephen Merchant). Logan tries to keep to himself, but when a mysterious nurse asks for Logan’s help with young mutant Laura (Dafne Keen), his past soon catches up with him.

There’s a great deal of heart in scenes with Keen, Stewart and Jackman, with the latter working with Mangold for the third time since Kate & Leopold (2001) and The Wolverine (2013), their previous X-Men Universe collaboration. There are also startling scenes of visceral violence and expertly crafted action scenes that are sure to be among the year’s best. 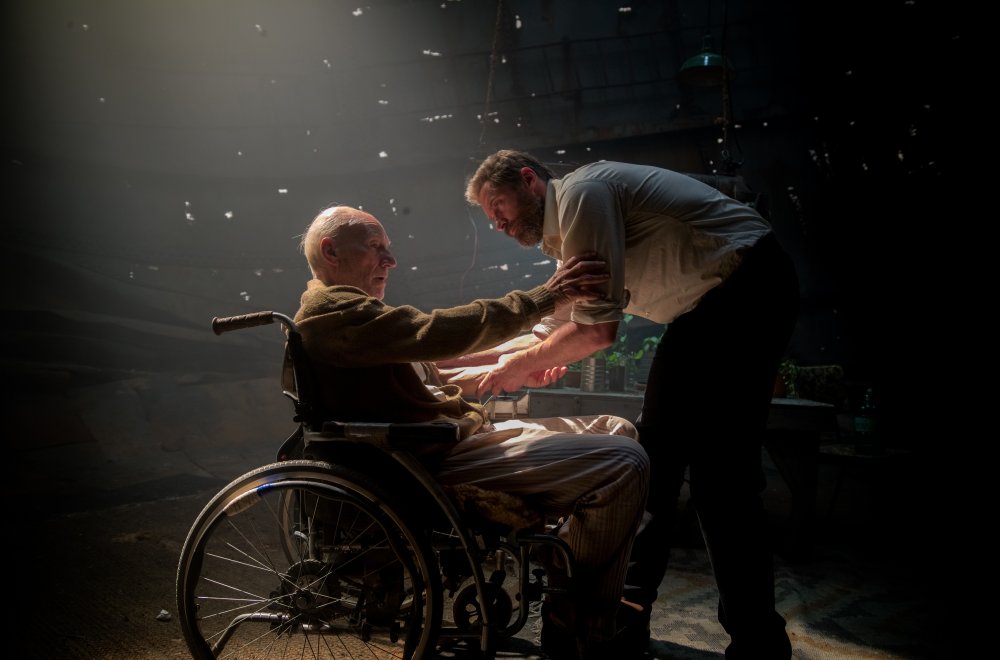 We joined Mangold ahead of Logan’s release to chew over the influences on Logan and the rest of his filmmaking. He was keen to express his admiration for filmmakers and films from the past, but also had time to reveal his love for David Mackenzie’s underrated Hell or High Water (2016): “It felt like it was a window into our times. At the same time it was deeply entertaining and beautifully acted and didn’t feel like it was lecturing me.” 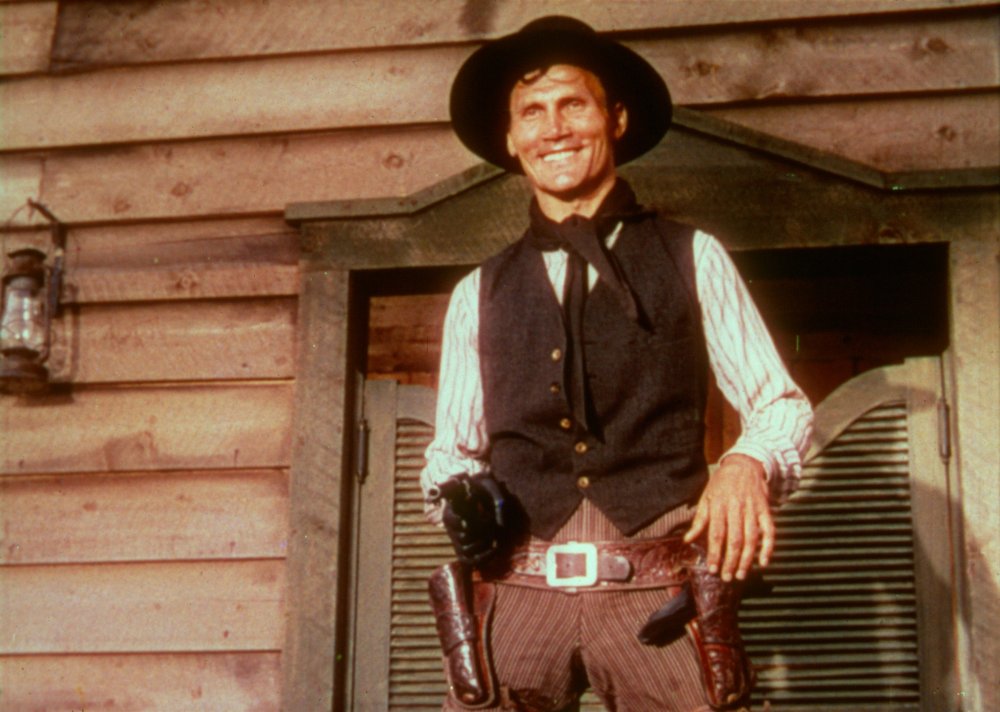 The film has been important to me since childhood and influential to me as a filmmaker, in that I feel like things have got segregated in filmmaking. You can have action movies and you can have dramatic films, but rarely do you have a dramatic film with action. The interest I had in allowing this film to be brutal in its violence, yet tender at other times, was very much influenced by Shane. 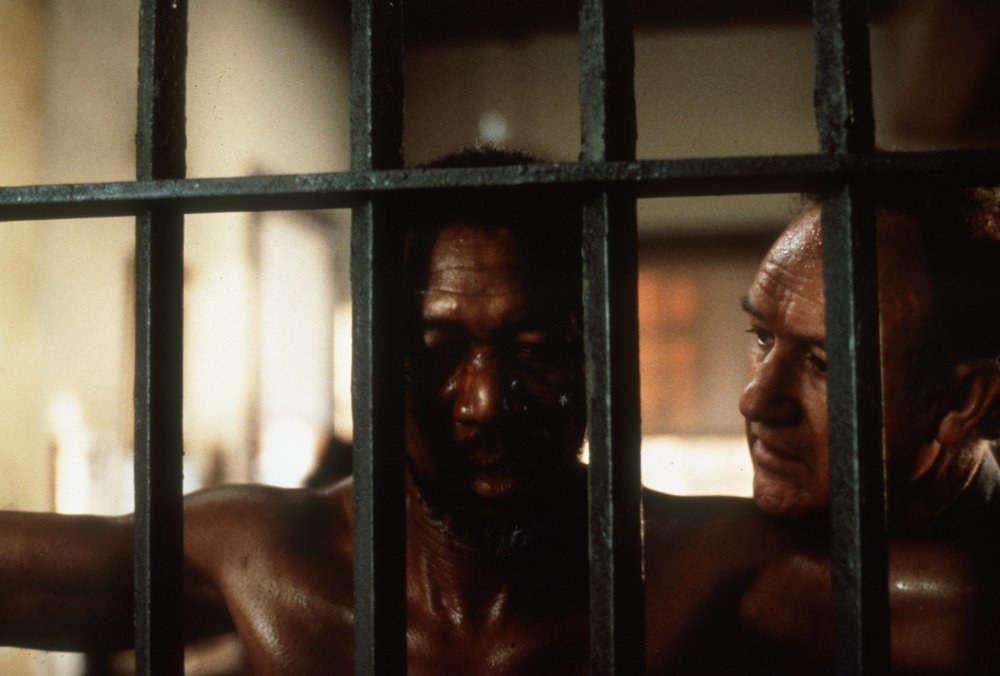 Unforgiven was a film that Hugh liked to talk about that he hoped I could emulate, and the reality is that Unforgiven is actually in many ways influenced by Shane, so I decided to go back to the original source. Unforgiven is [about] a gunfighter in retirement who is drawn into one last battle and tries to keep his powder dry until the very, very end. He seems to carry – and is haunted by – the sins of the past. 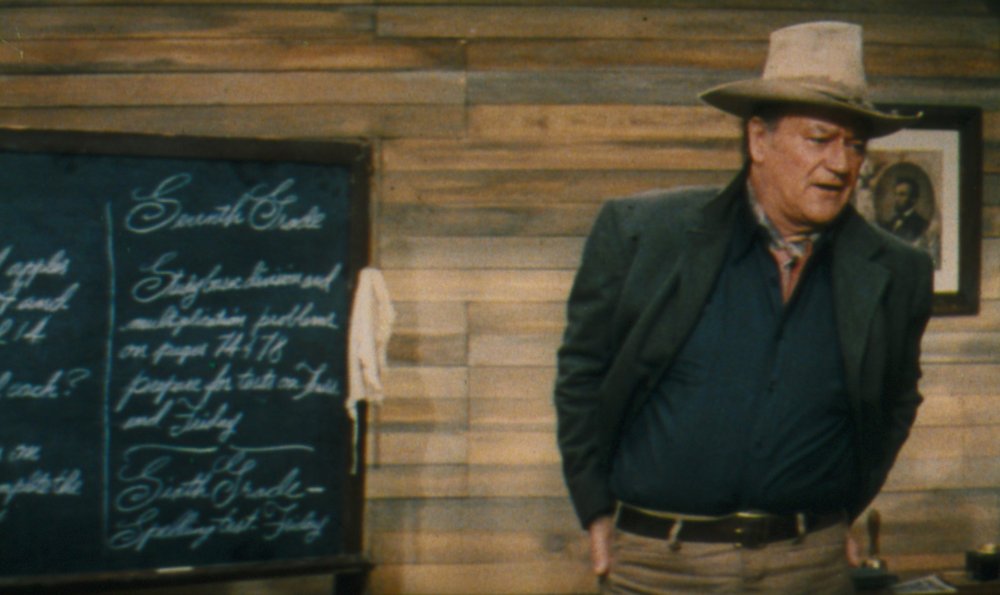 Another movie that was very influential was The Cowboys. A terrific picture in which John Wayne dies, and he’s the only star in the movie. He’s leading this cattle drive with 14-year-old children [as the drovers] and it’s up to these children to avenge him. Wonderful film.

What is it that interests you about westerns in general?

Westerns are pure cinema when they’re done right. There’s the absence of cell phones, vehicles, law enforcement agencies you can call when you’re in trouble, walkie talkies, airplanes. It focuses us on the drama at hand.

Is Shane a ‘good’ guy or a ‘bad’ guy? In 3.10 to Yuma, to use my own film (2007), or in the original (1957), for example, is Glenn Ford the bad guy or is he one of the protagonists? I think that in reality these movies were much more shaded and grey in the sense of who was good or bad or without sin. I love that. I also love the raw cinematic nature of them, the landscape they’re shot in and that the action and dialogue are kept to a minimum.

In terms of style I really admire the filmmaking of the 1970s, even the blockbuster filmmaking of that period. Close Encounters of the Third Kind (1977) follows the same edict I’m talking about. It’s a gigantic film, but it’s also a really intimate film: Richard Dreyfuss as Roy Neary, Melinda Dillon and her son. Jaws (1975) is another great blockbuster summer film that was beautifully acted and interesting thematically. The French Connection (1971), the Dirty Harry films – they all stew in my brain and share a feeling and look. 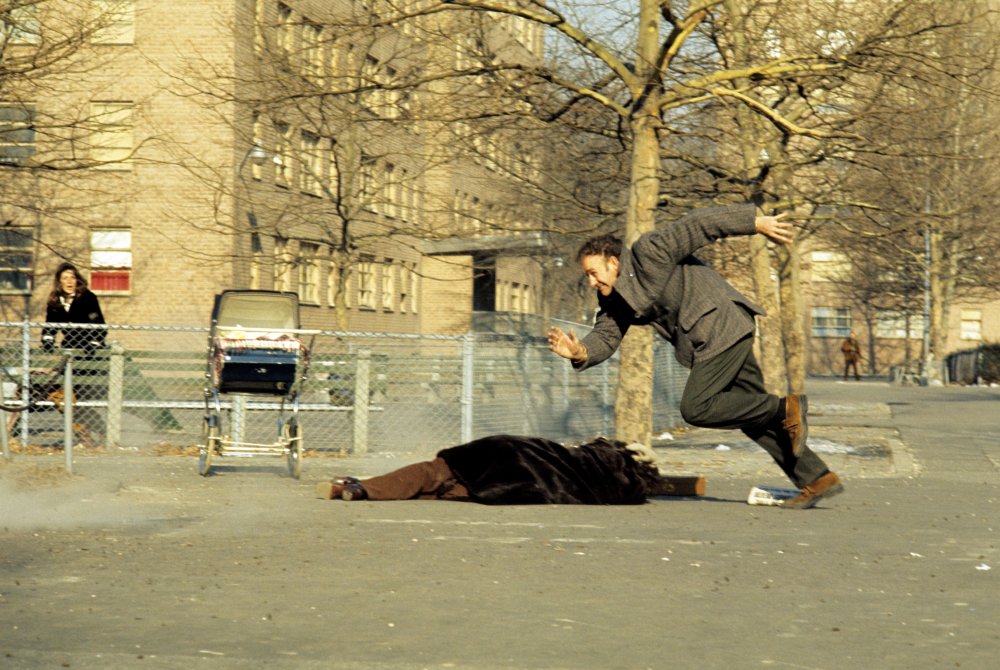 With the arrival of computer-aided filmmaking, there’s a lot more ‘look at me’ as a director. Flying the camera through keyholes and out of windows and up and down and around. I love getting attention and praise, but I don’t want you watching my movie thinking about me. I want you watching my movie and getting lost in it, and when you come out maybe you start to think about the pieces I’ve put together and how. 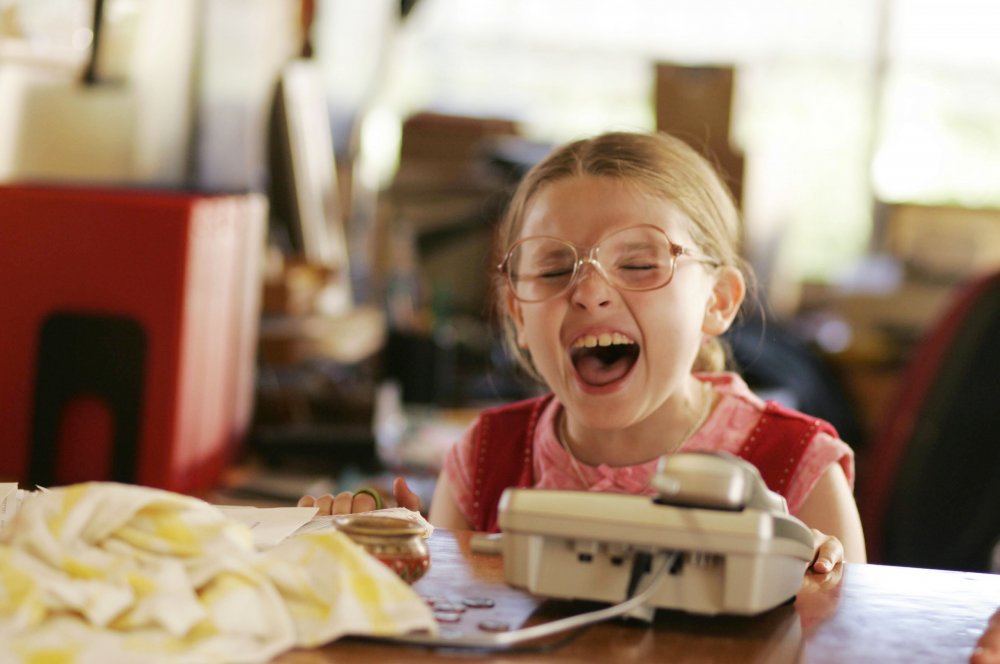 How many films are there where one superhero is helping another go to the bathroom? How many times have you seen where they stop to buy a phone charger? In a sense there is a mundanity and a slice-of-life quality that I wanted this movie to have, in which you’re seeing the lives of these gods in a very human context.

I met Alexander Mackendrick when I was 17 years old. I moved from my upstate New York home to go to California to go to [film] school, and I was lucky enough to meet this man – this master filmmaker – who took me under his wing. I ended up becoming his teaching assistant. What Sandy taught me more than anything was how hard you had to work. 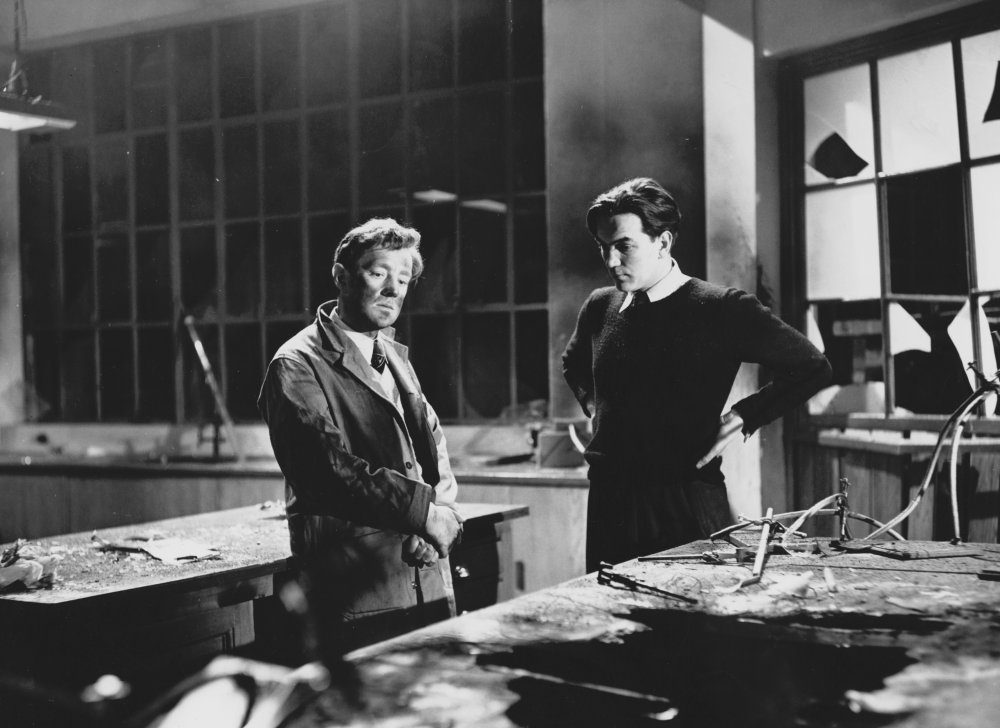 As a young film student I would write a short film the night before it was due, and I would hand it in. Sandy would read it and he would write 12 pages in longhand about a shitty seven-page script. What I mean by that is that he showed you in action, not even in telling: “I just spent more time analysing your script than you spent writing it.”

What he consistently demonstrated was the way to make decent films is to bust your ass. It’s a lot of work. You can get lazy because the cameras will make a movie. If you just say “action” something will get recorded. But what Sandy demonstrated to me is that something worthwhile will never get recorded accidentally; you need to set up your film and work the shit out of it.