Director Scott Graham discusses lonely souls and filming on a desolate stretch of road in the Scottish Highlands for his powerful first feature. 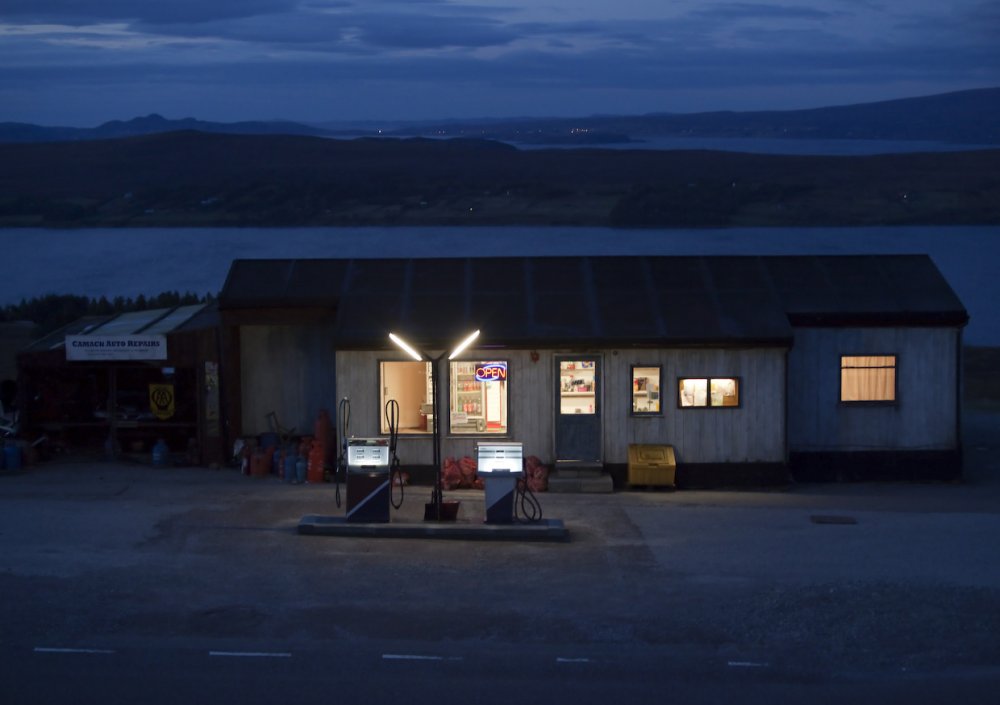 Scottish writer-director Scott Graham’s debut feature is a richly poetic drama set at a petrol station on a lonely road in the Highlands. The title character, teenaged Shell (newcomer Chloe Pirrie), mans the station with her emotionally distant father Pete (Joseph Mawle), her only other contact coming from passing drivers – some regulars, others only travelling through the desolate terrain.

Evocative in setting and in its attention to mood and character, Shell was developed from a short of the same name that Graham completed in 2007. Backed by the BFI Film Fund, the feature received its world premiere at the 2012 San Sebastian Film Festival and was selected for the 56th BFI London Film Festival. It marks the arrival of a distinctive, sensitive filmmaker, who cites influences from Bill Douglas and Andrei Tarkovsky to the windblown backwoods balladry of American singer-songwriter Justin Vernon (Bon Iver).

Where did the idea for Shell – both the short and the feature – come from?

I was driving between the north of Scotland, where I’m from, and Glasgow, where I was living. I made a short in my hometown called Born to Run (2006); that was the first thing I did. And I was going back and forth, passing locations, not quite as remote as the one in Shell, but Little Chefs, some garages either still open or abandoned and closed down.

It’s quite a long drive so you’ve got a lot of time to think about stories and characters. Originally I wanted to do a road movie in Scotland, but became more interested in doing a roadside movie, at the kind of place you might stop at in a road movie – to focus on the kind of character who’s tied to a place like that. 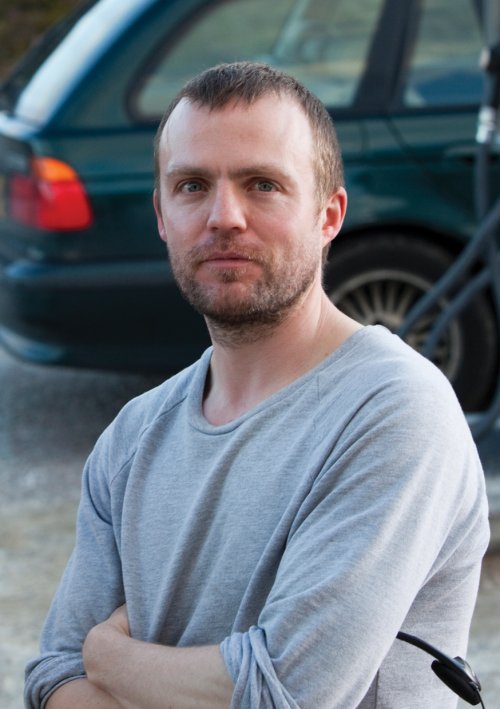 How did the feature develop out of the short?

The short’s quite different. In the short, Shell’s father is old and bedridden; she’s waiting for him to die before she can leave. When we were editing it, it felt like there was a different story that I wanted to tell that I hadn’t quite told in the short. It was only my second short, so I was still developing as a filmmaker and learning about what I wanted to say. I wanted to tell a story that was more about an emotional tie to a place and to a person.

A life like [Shell’s] is very limiting if you’re living it, but if you’re writing about a setting like that then it’s really rich: you can write almost anything. You could a write a genre film. I was never going to do that, but it did take some time for me to focus, to work out what most interested me in the story. I wasn’t sure whether I could just focus on one location and one relationship. I knew I was going to have these passers-by and that they were going to affect Shell, and somehow they would be affected by her. When I tried to write scenes away from the garage, they didn’t work as well, they seemed to dilute what I was going.

How did you first manage to get financing for the film?

I did a draft, and then I went to the Binger Filmlab in Amsterdam where they take roughly 20 writer-directors with projects at various stages and you go there and work on your script. You read other people’s work and give feedback, but essentially you’re there to write. It was while I was there that I found the focus I was looking for, and when I got back the UK Film Council [now the BFI] liked what I had written and got involved from that point on.

We see a lot of British films in urban settings, but it’s not often we see a film capitalise on our rural landscapes as Shell does.

Definitely. Particularly with Scottish films, there’s a focus on urban stories, and I think that’s fine but that’s not the world that I knew. I like a lot of urban storytelling, but I did keep thinking of that line by Morrissey: “It says nothing to me about my life.” If I have some experience of what I’m writing about I think my writing is a little stronger, more honest maybe. Scotland’s not a big country but it seemed like the balance was off. There are Scottish filmmakers who’ve focused on more rural settings, like Bill Douglas, who’s a wonderful filmmaker and a big influence on my life.

We thought we would find an abandoned garage or a seasonal garage that we’d be able to rent for the period of the shoot. We did a recce and drove around the Highlands and we couldn’t find one that was usable; most of them were closed down or not even standing anymore – there were signs that there used to be a garage there, like bumps or old bits of a mechanic’s yard but nothing that we could use. 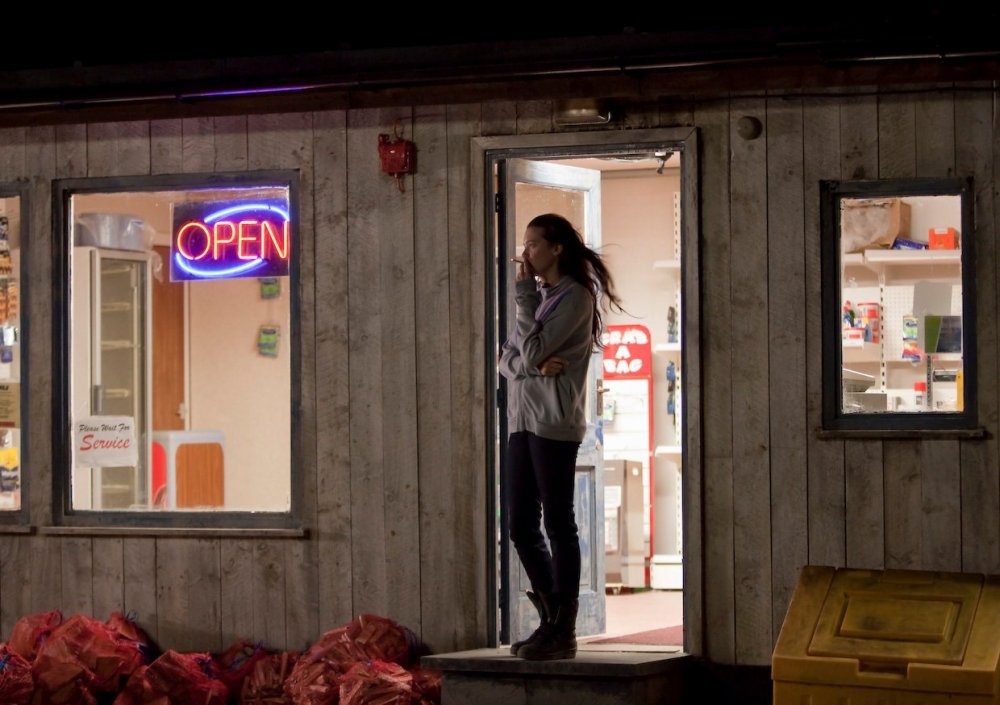 So we found a location where we could build our own. The art department scavenged old materials from old garages. That worked better because we could plan how we would shoot it because we knew what spaces we were going to be filming in. It also felt quite authentic because Pete’s backstory is that he moved to the Highlands and built this garage for Shell’s mother, so there was something about the building of it that felt important to everyone who was making the film. We tore it down again at the end [of the shoot], which was also important, for everyone to say goodbye to it.

It’s interesting to hear that you originally thought about making a road movie. There was something about this remote outpost, and shots of telegraph poles stretching into the distance, that reminded me of a western.

Yeah, I like westerns. I like western literature. Most of the spaghetti westerns were all books, and I remember reading them and liking them. A lot of Cormac McCarthy’s writing has a western setting and that’s a world I quite like to enter: on the one hand very desolate and empty but quite rich in terms of drama and the way the characters interact with one another, the way the characters can survive in a landscape like that.

I didn’t particularly like the film, but that moment in The Road – which is post-apocalyptic but has a western feel to it – when they come across the can of Coke… In the book it’s a hugely significant moment, but it wouldn’t mean anything in an urban environment. So things take on a greater significance in landscapes like that: shelter and food and maybe also love. 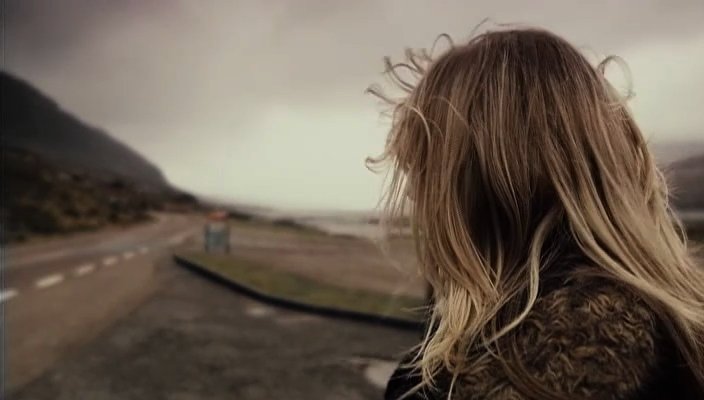 It’s a lovely performance from Chloe Pirrie as Shell. How did you find her?

I saw her in a short film called Solstice (2010) by an NFTS graduate [David Stoddart]. We still went through a long casting process because we were looking to cast a father and daughter. We talked about going to schools, but we felt that because of the nature of the role we needed an actress and someone a little bit older who could play younger.

Chloe is able to express a lot without dialogue and there was something about her physically that reminded me of the deer, which becomes an important metaphor in the film. We did a surprisingly little amount of talking up there, which says a lot about her ability and her understanding of what she was there to do.

Did Chloe and Joseph Mawle (as her father) rehearse much together?

They lived together for two weeks in the Highlands, to get a sense of the place and feel part of that landscape, and to form a familiar relationship, to get past that polite stage and get to know each other’s mannerisms. They never read together or anything like that until we came to shoot. I might do that differently next time actually, but with something like Shell, with so little dialogue, it didn’t feel right.

One of the main themes of the film is contact, with the lonely characters seeking desperate moments of fleeting physical contact with each other. How did you ensure that these moments are so powerful?

They were significant in the script. The descriptions were really quite brief, of what the characters were touching or looking at, whether an object or each other. Shell and Pete don’t share the same frame very often. That was something that came out of talking with Yoliswa [Gärtig, director of photography]. You don’t see them together in the same frame until she’s holding him during his epileptic fits. I think that helps intensify the [sense of] loneliness and isolation.

Although they have each other, they lead separate lives. They don’t really interact with each other during the day, just come together for a few hours during the evening. It clearly means a lot to Chloe and Joseph in those roles, when they come together and touch one another, so it’s probably less about how we framed it than about just capturing what the actors are experiencing when they’re in those moments. In that environment we were all feeling quite lonely during the making of the film, so we could relate to what the characters were feeling. 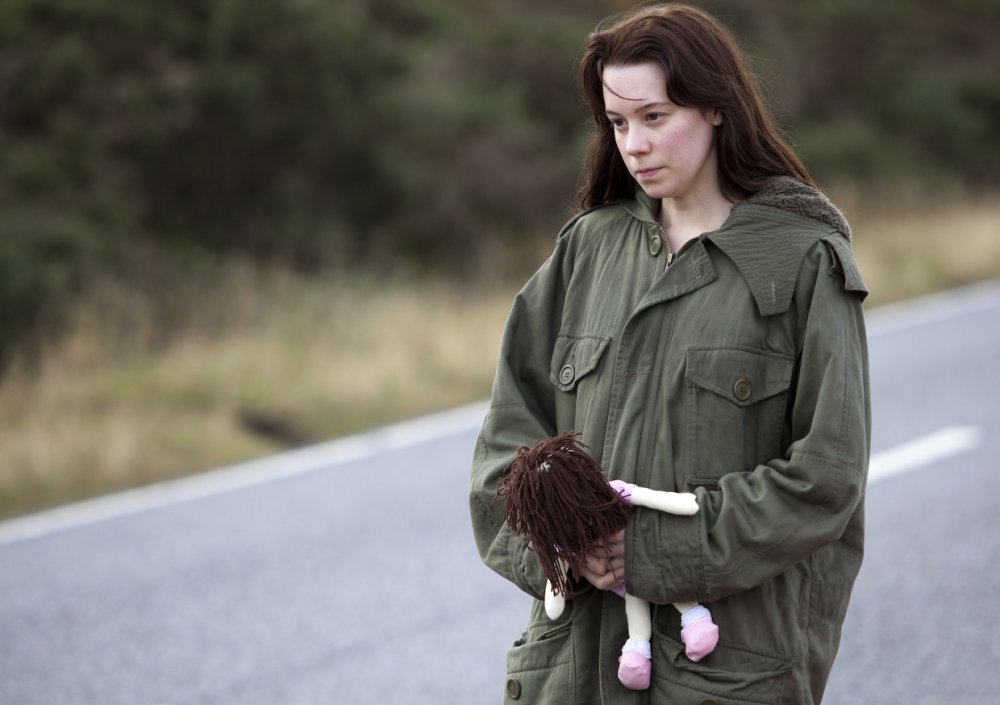 Why did you decide not to include any music?

I wanted to feel as close to Shell’s world as possible. She feels the silence. Sometimes she might have the radio on or she sings, but if those two things aren’t happening then you hear what she hears: the wind and the rain. We wanted to build a rich soundscape and capture all the different sounds that you hear up there.

Who are your influences?

My biggest influence at the moment is the music of Bon Iver. I really liked Lukas Moodysson when I first discovered him, his first few features. There’s a heart there that I found very affecting. Tarkovsky is my favourite filmmaker. I find it very difficult to talk about his work: you just experience it. I think Mirror (1975) is a wonderful film.

There’s a script set on the isle of Iona. A mother returns there with her teenage son to take refuge among the community of Christians that raised her. I’m developing that with the BFI and Creative Scotland. I have a script on its second draft now. It’d be wonderful to shoot it this year.

There are more characters, and the story doesn’t depend on one central relationship. There’s something about the connection we have with our souls and I suppose I’m trying to look at that in some way. There’s a spiritual experience in watching a Tarkovsky film or listening to Bon Iver that I’m seeking to bring out in my own work.

Related to Life’s a gas station: Scott Graham on Shell