Between London, Lagos and Lincolnshire: Shola Amoo on The Last Tree

The writer-director behind A Moving Image is back with The Last Tree, a story of a Nigerian boy being fostered in rural Lincolnshire. Shola Amoo explains why upending audience expectation is all part of his plan. 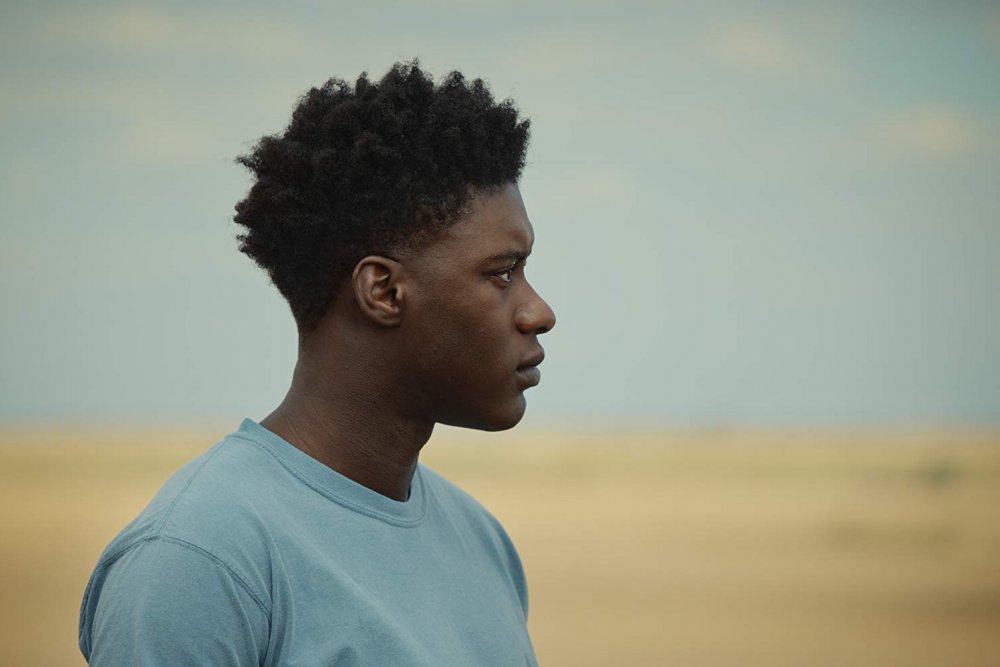 The Last Tree, backed by the BFI Film Fund with National Lottery money, is in cinemas from 27 September 2019

Buy tickets for The Last Tree at BFI Southbank

British writer-director Shola Amoo’s second feature, The Last Tree, is a semi-autobiographical coming-of-age film set in the early 2000s. It centres on a young boy named Femi of Nigerian descent who’s being fostered by a white parent, Mary (Denise Black), in Lincolnshire. As Amoo explains: “The story starts when his biological mum (Gbemisola Ikumelo) picks him up, takes him to south London to live with her, and we follow his trials and tribulations as he tries to find his identity within a new culture in a multicultural London.”

“There are elements of the film taken from my life,” Amoo says of his connection to the narrative, which charts the journey of Femi into his teens. “The rest is amalgamated with other experiences I’ve heard around foster care, and friends who’ve dealt with this idea of double-consciousness: being of one community and living within another. It’s all woven together.” That sense of struggling with the values and culture of an unfamiliar community also extends to Femi’s experiences of visiting Lagos, where his biological father lives.

Following a young black character in a rural, predominantly white region like Lincolnshire is something audiences aren’t used to seeing in British cinema. Amoo is well aware of how his use of these environments upends what many viewers may be anticipating. “That was a very important thing,” he says. “It’s a story that takes place across three distinct locations in three distinct times. They couldn’t be more different from each other. In many ways, Lincolnshire feels a world away from Lagos. The notion of subverting expectations of a film with a 99% black cast, and a black lead, that takes place in these locations – that was really a key proposition at the start.”

For much of the film, Femi is played by the magnetic Sam Adewunmi, who was born and raised in London. For roughly the first half hour, and in some later scenes that jump back in time, a younger Femi is played by first-timer Tai Golding. Amoo says he was “looking for someone who was expressive, where at the same time you could always engage with the concept of them having two layers: what’s presented and what’s underneath. They [both] had a look right between the eyes suggesting they’d seen things and had experiences.”

“Younger Femi didn’t see a script,” he continues. “With the young kids, it was important that we built the character with them, rather than try to restrict them with the script and bring them to a certain place. I come from a background of documentary, so I really wanted to be able to capture those moments in as raw and authentic way as possible.”
The Last Tree is more traditionally cinematic than Amoo’s previous feature, A Moving Image (2016), a multimedia film concerning gentrification. But the director sees a shared spirit between the two: “The Last Tree is very much informed by A Moving Image in the sense of how free and loose the latter is. That’s a film that mixes documentary and fiction and other mediums together. We’re not doing that explicitly in The Last Tree, but I think the essence of A Moving Image, being a freewheeling following of characters, is definitely there. I shot [The Last Tree] like I shoot documentaries, in the sense that it’s still very much about the discovery. It’s still about fluidity. It’s about the stuff that isn’t planned as much as the stuff that is planned.”

Watch the trailer for The Last Tree

It’s Amoo’s second collaboration with cinematographer Stil Williams: “Stil and I worked together on the short film Dear Mr. Shakespeare (2016). We were really hyped with what we got out of that and felt we developed a way of working that was exciting visually and took cues from a lot of places. We wanted to amplify that in The Last Tree. It’s a film that takes place in three distinct locations, so we were able to find a way to highlight those locations but also build a seamless bridge.

“One of the key things was the idea of a story that is 100% driven by a lead character’s perspective. How to create that perspective visually required developing shots that meant we were always able to follow that character, feeling inside the character’s head. The kind of lenses we would use in different spaces to communicate the freedom or the claustrophobic nature of the space, the difference between the vistas in Lincolnshire and the more claustrophobic urban environment in London. All of these things played into the way we were thinking about the perspective. And also, how to really make black skin pop in British cinema in a way we hadn’t really seen.”

“Music is really useful in the film for highlighting that identity crisis,” Amoo continues. “And the fact that with Femi, a young black teen in a predominantly black school, there is a notion of the music he should be listening to, but what he’s listening to on his headphones is different to the music he’s mentioning to his friends.

“There was always a concept of wearing a mask to cover oneself, to protect oneself, and then we’d have the moments where you let that mask down. The Cure was a really great band to communicate that and worked with the idea of the character liking something that he perhaps shouldn’t be supposed to like in the space that he’s in. It’s playing with the identity angle and it’s playing with the preconceptions one might have about a young black teen at that time.”