Ken Loach on keeping alive The Spirit of ’45

Ken Loach celebrates the postwar optimism that surrounded the founding of the welfare state in 1945. 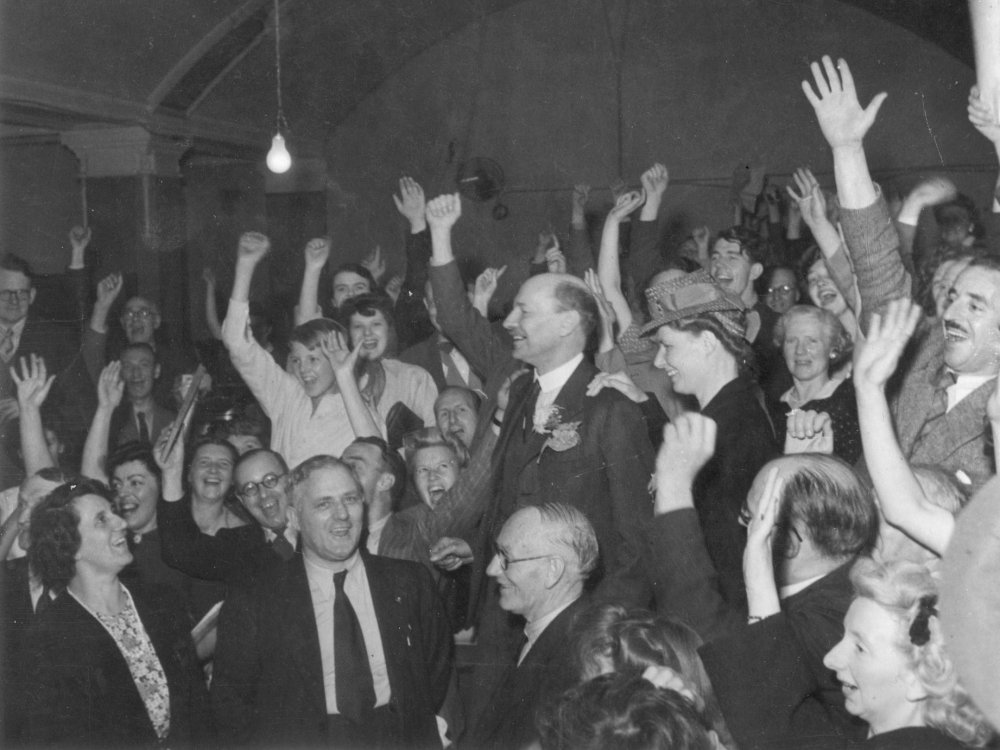 The Spirit of ’45 is director Ken Loach’s first documentary in over a decade. Seventy-six years old, but still astonishingly prolific, Loach brings his characteristic passion and political fervour to the story of the foundation of the welfare state by the newly elected Labour government directly after the second world war.

Voted into power in a landslide victory, new leader Clement Attlee pushed through landmark social reforms resulting in the nationalisation of industry and the creation of the National Health Service. Under the visionary stewardship of health minister Aneurin ‘Nye’ Bevan, the NHS offered free healthcare for all, providing a comfort for a population fearful that the country would slip back into the deprivation and extreme poverty for the working classes of the prewar years.

Celebrating a moment in our history when the public spirit seemed buoyed by a new dawn in British politics and society, Loach draws on testimonials from nurses, doctors, miners and politicians who lived through these changes, illustrating their first-hand memories with a wealth of archive film from the time. The director’s purpose is not just to memorialise the past, but to warn against losing sight of the era’s idealism and achievement.

The Spirit of ’45 is released nationwide on 15 March, and there will be a special screening at 3pm on Sunday 17 March followed by a satellite simulcast of a panel discussion with Loach, author Owen Jones, and NPC general secretary Dot Gibson (who appears in the film). Hosted by comedian Jeremy Hardy at the Ritzy Cinema in Brixton, the event will be beamed out to over 40 cinemas across the country. Details on the cinemas involved can be found on The Spirit of ’45 website.

Did the original idea for The Spirit of ’45 come from a desire to celebrate the founding of the welfare state or lament its corrosion?

I think [I wanted to] remind people that this is what they’d built and what the intentions were. That it was a very humane and proper response to have, when you think about how a society should be organised. It was inadequately carried out by the Labour government, and it was very patchy, but nevertheless the intention from the majority of people was that we should do something for the public good after the experience of the depression before the war and the war itself.

You were very young at the time, but do you have personal recollections of that ‘spirit of ’45’? 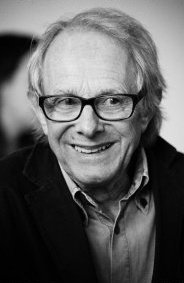 I remember the street parties. I remember the war. I remember the war better than the immediate postwar years. I was at primary school during the war, and two years after that I had the 11+. It was not a political house: the Daily Express used to come through the door and that was a fairly right-wing paper. So I don’t remember much of the politics of the time, I only really absorbed that later on when I was a student.

But I certainly benefited from the NHS, like everyone did. And I certainly benefited as a student, with grants to university and a free grammar school place – though that itself was divisive, of course, because people were selected. I was from a little industrial town in the Midlands, and it must have been 70 or 80% of the kids who were told, aged 11, you won’t be able to go to university, you’re not at a school that will enable you to go to university. So the whole university system was divisive, which is why we didn’t include it in the film. Even though there were great things in its favour, its universality and so on.

This is your first documentary in over a decade. Did you ever consider treating this subject in a drama?

Not this, because I was interested in the first-hand response and in the first-hand memories. To find people who were actually there: the nurses who remember Nye Bevan coming to their hospital and declaring it NHS; the miner who raised the flag on the mine; the doctor who remembers the first day of the NHS, being able to treat a sick child. These are powerful memories and it’s important that we don’t lose them; I think they’re a resource for people in the future. Also the archive footage is an indication of how things were.

Are you aware of the sudden popularity of archive film-based documentaries? I’m thinking of films like Penny Woolcock’s From the Sea to the Land Beyond (2012) and Julien Temple’s London – The Modern Babylon (2012).

I hadn’t seen them, but I was asked if I was interested in doing an archive film. I saw some glimpses of some on television, and I was quite keen not to get into the fast editing that a lot of them have, because that’s not the spirit in which those archives were shot. People talk with more consideration, more reflectively, and if you’re cutting in and out all the time it wrecks their stories.

I knew I didn’t want to have a presenter or a voiceover commentary. I wanted it to be just oral history with archive pictures, so that the story is told in the words of ordinary people.

Was there any particular moment of archive footage that you were excited to discover?

Several things, particularly the heckling of Churchill, because he’s been sanctified almost, since the war. Whereas at the time, people remember him as a class warrior, an old imperialist, [and for his] shocking behaviour during the General Strike, disregard for the working class people of his own country, dreadful intervention in Ireland. He was seen as a right-wing politician, not the unifier that people like to present him as now. So when we saw him being heckled we raised a cheer. 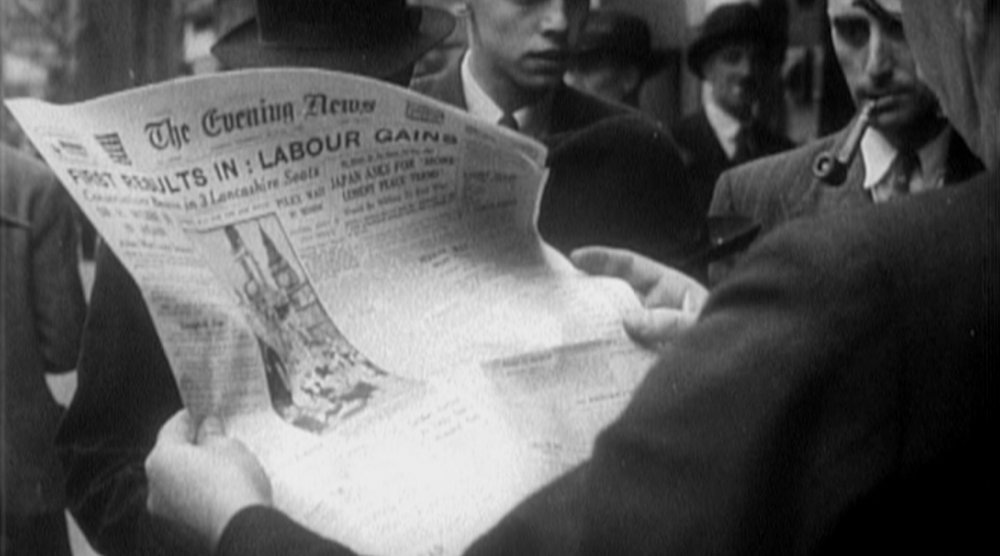 Did you consider including any counterbalancing, pro-privatisation arguments?

Not really. It was about the dominant spirit of the age. If you were doing something about the Thatcher spirit of ’79, people who believe in that [would talk about] the dominant spirit that they engendered, which was ‘Loadsamoney’, ‘Get rich quick’, ‘Greed is good’ and all that. But the spirit of ’45, from what people said it was very clear: you hear the songs of the time, the speeches of the time, the Labour Party manifesto – which people voted for overwhelmingly.

What was your response to Steven Fielding’s recent Comment Is Free blog in The Guardian, claiming that the spirit of ’45 is actually a myth? He quotes a Gallup poll from the time that suggests that the majority actually wanted a coalition of the main parties headed by either Churchill or Anthony Eden – and that Labour were voted in because liberals hedged their bets on voting day.

There was a great movement against Churchill, who represented the past which people wanted to leave behind. Of course an electorate is full of diversity. There are a lot of people who vote for UKIP who aren’t racists, even though there’s an edge of racism in [UKIP’s] appeal. It’s always complex, but the main thrust of the situation was clear. 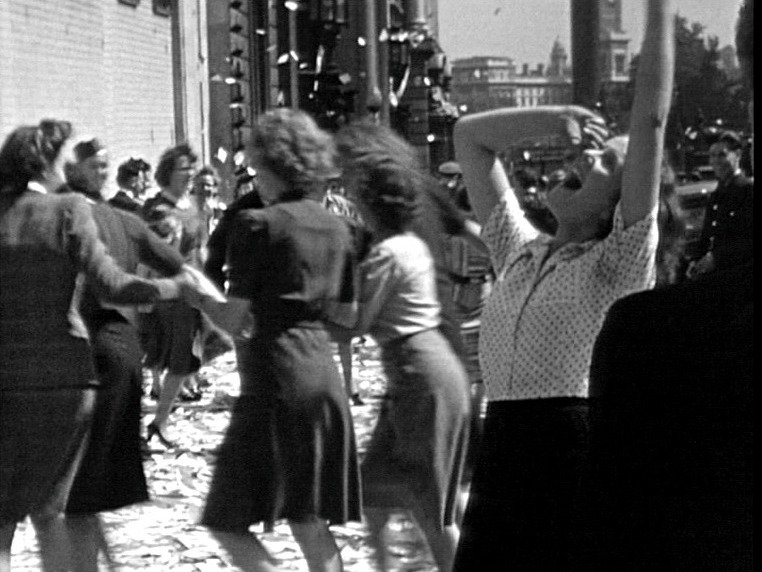 When you make a film with an impassioned message at its heart, how do you personally judge its success?

It’s very difficult. We’ve had four or five showings with discussions afterwards and the response is invariably quite positive. There’ll be one or two who’ll be critical and that’s fine. It’s only a film. It might leave a question or two, or might contribute to people agitating for something on the left, which I think is necessary.

There’s a possibility for another film with [screenwriter] Paul Laverty, but it’s finding the energy to get around the course again really! It’d be good to do another documentary, maybe not an archive documentary but observing something that’s happening now.