Katie Puckrik on The Word: ‘The show is responsible for the 90s’

The presenter of the defining UK television show of the 90s sits down to talk the making of The Word. 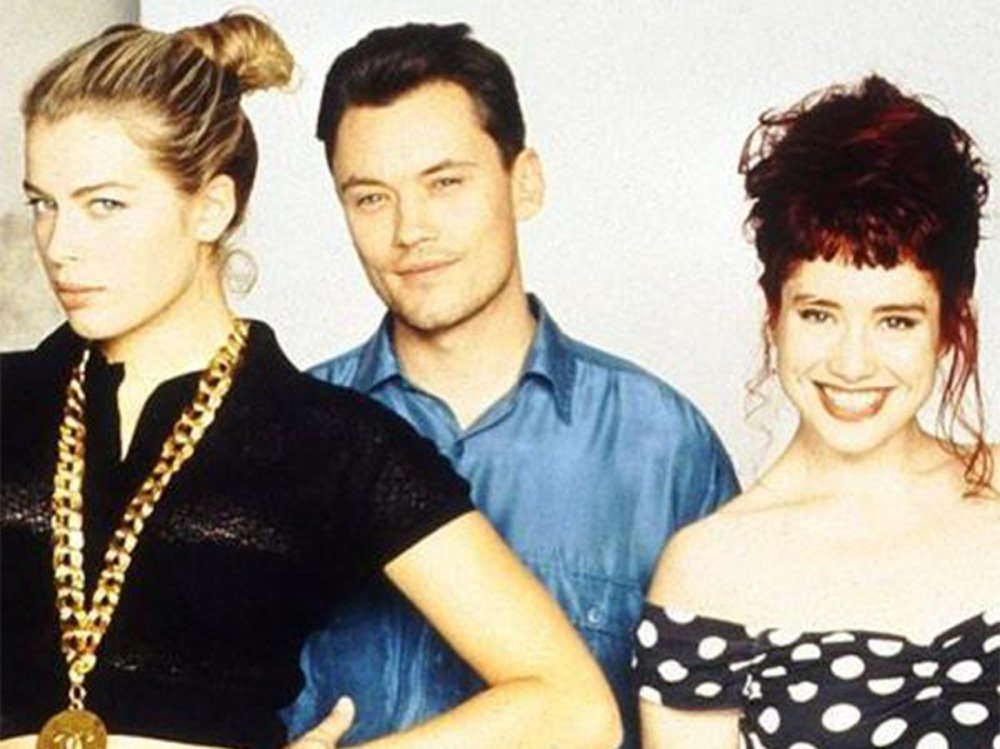 Katie Puckrik and Terry Christian appeared on-stage at BFI Southbank to celebrate The Word on 13 August 2019.

Everyone in Britain who was cool, or thought they were cool, watched The Word. The cool people who didn’t were too busy appearing on it. Kicking off in 1990, it was a brilliant, anarchic magazine TV show that ran for five series on Channel 4 over half a decade. Many have tried to copy The Word’s winning formula of interviews, off-the-wall features and era-defining live music (TFI Friday arguably came closest) but it was always too wild to be replicated. Teenagers of the time (including the one that wrote this) who watched the Friday night series, vividly recall seeing Oasis playing Supersonic on their live TV debut, Nirvana performing Smells Like Teen Spirit on their international TV debut and L7’s Donita Sparks causing chaos when she briefly went full frontal during her band’s appearance.

Throughout its run the show was hosted by Terry Christian, whose music column in the Manchester Evening News the show was named after, alongside presenters such as Dani Behr, Mark Lamarr and Katie Puckrik. In series two and three, livewire American Puckrik took on the show’s outside broadcast elements and filed striking reports showcasing sex addicts, gang members, boxers and more. Puckrik has since presented a wide range of TV and radio shows and recently hosted BBC4’s Yacht Rock specials. She sat down with us on a warm July afternoon to recount the fun, frantic times she had presenting the 1990’s most memorable and controversial TV show.

What are your memories of presenting The Word?

I didn’t understand what a huge opportunity it was. It was actually the classic Hollywood ‘famous overnight’ job for me. Travelling, meeting new people and a big element of performance – because you’re “performing” your own persona – came naturally to me because I’m a dancer and I just finished touring the world with the Pet Shop Boys.

Can you tell us about some of the outrageous guests you met while making the show?

I did a lot of the outside broadcasts live on the show and there’d be in-studio stunts with really outrageous people doing some antics: Jackass-style things like flossing with a condom by snorting it up their noses and hocking it out their mouth, demonstrating how they had allowed crabs to cling onto their tongue, or going onto the Jim Rose Circus Sideshow in Seattle to meet Mr Lifto, who had a pierced foreskin and dangled irons off of the end of it.

Presumably you’d already seen a lot while being on tour with pop stars?

Those ridiculous things weren’t new to me because I’d already come up through this culture of performing music in a lot of gay dive bars. I can imagine if somebody hadn’t done all that, it’d be a huge culture shock. The biggest change was I was famous. You don’t really appreciate it until it goes away because there’s ebbs and flows depending on if your show’s currently on TV or not. It’s just another level of pressure because people are checking you out and reacting to you and judging you. 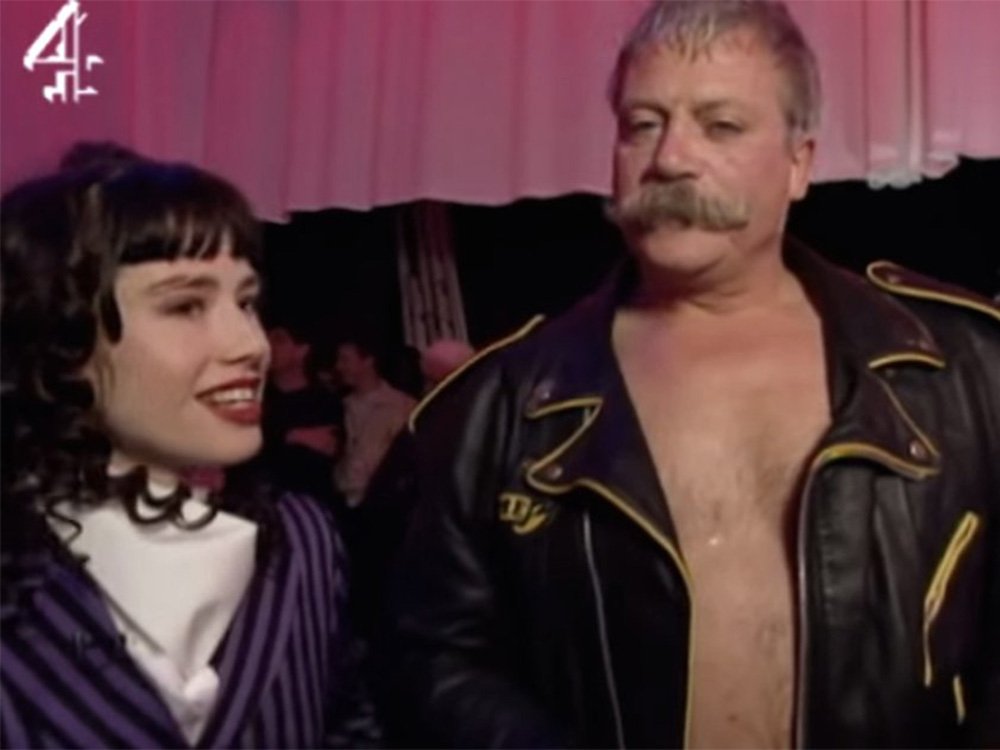 Katie Puckrik and Oliver Reed on The Word (1992)

Where does the show fit in overall in your memories of the 90s?

What makes you say that?

It was a petri dish of everything that we now see on television, whether it’s reality TV, the real lives of real people produced and tweaked for maximum impact, or stunts, the kind of things where you’d now see clips on YouTube of kids doing stupid things, setting themselves on fire. It was a show for teenagers, and it was very tabloid. It was very colourful and it was pop-art. Even the set was pop-art. But for all of that, it wasn’t a shallow show. There was a lot that went into bringing it to the screen.

We all knew we were the talk of the town. It was must-watch TV. We had 50% of our target audience, which was 16 to24 year olds. It was helped by the fact that there were only four channels, as this was before digital anything. There’s no competition, so you’d have a captive audience. I’d go down to Portobello Road or just be out on a Saturday after the live show the night before and throngs of young people wanted to talk to me about it. The flip-side of that was on Monday morning. The newspapers would be filled with, “Why? Oh why?” Pearl-clutching. “The Bishop of Britain is decrying this!” We knew that we were ruffling the feathers of the right people and blowing up the skirts of the right people.

There was a post-pub element to it. A wildness.

It was strategically designed. The first year it was on at tea time. And then a much better slot was 11.05pm, as soon as the pubs close. People have a buzz on, they’re at home, they want to continue the party. And so, we did that for them.

The show seems to fit culturally with the popular film and music scenes of the time.

The 90s were a great time for Britain. It was the first time that I think Britain came out of the post-World War II slump. I moved to London in the 80s and to me it seemed like nothing had materially changed since the Festival of Britain [1951]. Ice cubes were advertised. Air-conditioning was advertised. Like, “Hey we have air-conditioning.” I come from America and we have ice cubes, we have iced drinks, it’s not space age.

People have nostalgia, myself included, for those grubby times. You’d go to King’s Cross and slip on a used condom.

Now Google are moving their offices there.

Google and Facebook. What happened in the 90s was almost overnight. Britain went from being a low self-esteem country, which had been pummelled by World War II. I know rationing was over but you didn’t really ask for too much more and maybe you felt like you didn’t deserve very much more. With the generation who were young in the 90s it changed. It became more American.

The good side of the Thatcher era was that people started to think about putting themselves first in the sense of, “What would make me feel comfortable and satisfied and happy?” And the end of the 80s was the beginning of the rave culture. So, all these things were happening, and there were a lot of really strong British bands around, which by the mid-90s coalesced into what we now call Britpop. 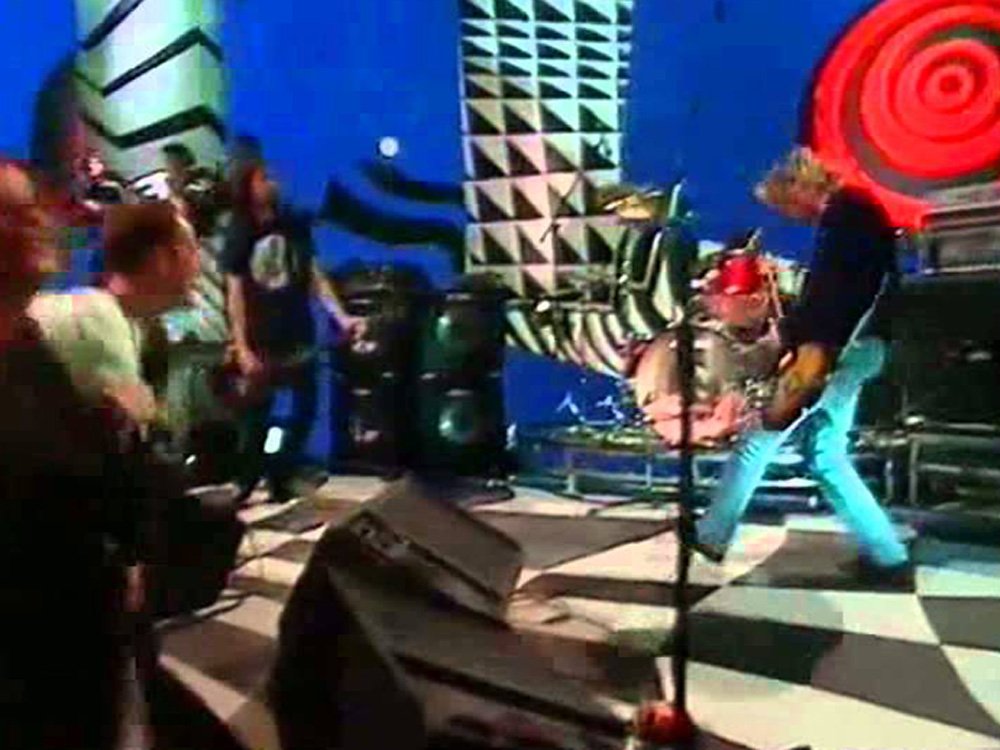 Is there any one particular incident that epitomises what the experience was like?

I just ran into one of my beloved producers that I hadn’t seen for a decade in Soho the other week and within five minutes she cited three different things I completely forgot about. Then she said, “Oh, remember when we did that item on sex addicts?” It sounds titillating, but these people have a disorder and it screws up their life. Every now and again we’d do an item that had that catchy tabloid flare to it but actually dealt with troubled people. It was middle-aged couples and the husband, invariably, was the sex addict. He’d say, “Yeah, I’m trying to get on top of it and trying to lick this thing.” And then the wife’s innocently sniffing in her tissue. My producer said, “We wrapped that day, went back to the hotel and you’d gone up to your room and I was still at the front desk sorting something out. And you called down to reception to go, ‘One of the sex addicts is in the tree looking into my hotel room.’” Apparently I happened to just look out the window and there he was staring, totally living up to his billing.

How would you describe the show’s ethos, if it had one?

The Word was always a bit snarky because it was the 90s and that was really the beginning of irony as a cultural currency. It was hip to sneer, to be detached and have that ironic detachment, which as an American, I didn’t really have. When you were pitching ideas, you’d pitch something that was mean. But then by the time I got my hands on it, it would turn out to be quite sweet, thank god.

One example of that was the bantamweight Irish fighter, Barry McGuigan. He was a very sentimental Irishman, famous for easily bursting into tears, and he would be emotional. The big joke was, “Oh, let’s try and get Barry McGuigan to cry. That’ll be just really funny to film him crying.” The idea was to pounce on him and surprise him with a series of stunts that would ratchet up the emotion and cause him to burst into tears. He was being presented with an award at a conference. I came in with my crew. “Barry, it’s your birthday and we want to surprise you with things we know you like.” One of the things was an all-male choir, Irish choir singing Danny Boy and one was fireworks spelling out his name. It actually was so tender and loving and beautiful. He did cry, and I started to cry. It was such a great event.

People repeat back to me things like, “Oh my god, that time that you guys had Oliver Reed locked in the changing room and got him tanked up.” We got a case of vodka and the idea was, “Hey, let’s get this drunken souse on here”. Like a bear-baiting scenario. Again, quite cruel. We had Paul Kaye being a deliberately obnoxious, wind-up producer. By the time we did bring Oliver Reed out, ostensibly to be interviewed by Terry, he only had eyes for me. He was very focused on me, the pretty young lady with red ringlets. When it was revealed, we ran tape of him doing some little muscle-man gestures in the mirror in this dressing room. He played it off in such a way that he introduced an element of doubt as to whether he knew that camera was there or not. He was very canny about that.

What impact do you think The Word had on viewers?

Somebody just wrote to me on Twitter that The Word made him the man he is today. I think we worked a lot of minds in a really positive way. It was an iconic cultural moment. It was a cultural juggernaut because it was the one-stop shopping of, “Hey kids, here’s all the music to look at. Here’s some sexy people.” You know, nowadays you’d go on Instagram to look at the Kardashians… or whoever is sexy nowadays. They’re probably considered old ladies.

There’s so many shocking things on television like Embarrassing Bodies or dating shows that say, “Let’s have a look at your penis.” [But] the thing that I take perverse pride in is that people have told me you had to sneak off to watch [The Word] because parents were disapproving. There’s no one show like it any more.