Innocence of Memories: ‘We had the Lonely Planet, but Orhan Pamuk was my guide to Istanbul’

Filmmaker Grant Gee tells us about his nocturnal ode to Istanbul, in which Nobel prize-winner Orhan Pamuk returns to the themes and characters from his novel The Museum of Innocence and the real museum it inspired. 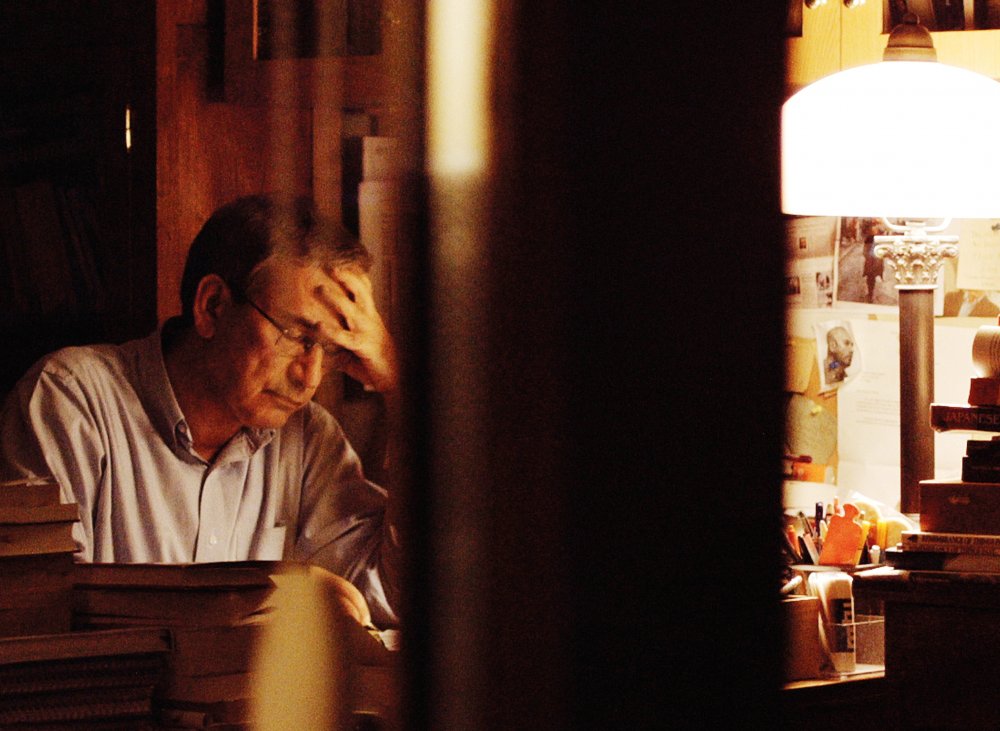 Innocence of Memories, backed by the BFI Film Fund, is in cinemas and online on BFI Player from 29 January 2016.

What first inspired the idea for this film?

I went to Istanbul to show a previous film that I’d made and had very little idea what to expect. I just thought it was an absolutely extraordinary place and at the same time was reading some of Orhan [Pamuk]’s stuff while I was there.

What was it about Istanbul that you found interesting?

All kinds of things… It’s just beautiful; it’s got this melancholy sense to it as a city. It’s endured so many generations of attack and takeover and being knocked down and being rebuilt and that gives it a real character – and that’s one of the things that Orhan was writing about that really struck me, the idea of hüzün or Turkish melancholy. In Turkey it has a social/class dimension as well – it’s what keeps people in their place. It’s a kind of wistful depression. I think in England, I could identify with this – this feeling of provincialism and never being at the centre of things. I remember going to Australia and they’ve got this thing about tall poppies – if you put your head above the level of everyone else, you’ll be chopped down – that’s their version. Everyone’s got their version of that kind of class melancholy, and in Turkey, it’s hüzün.

You really capture the spirit of that in the way that you shoot Istanbul after dark. Why did you want to tell the story of a night in Istanbul? 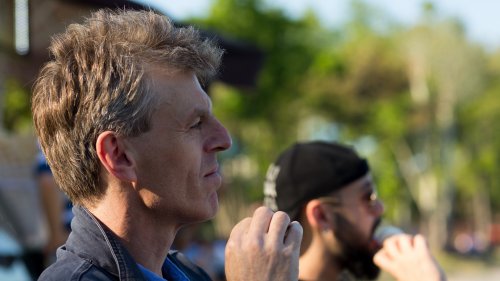 For various reasons; one was that I wanted there to be a kind of noir-y feel to the film, another was that the museum itself has no daylight in it – it’s very dark and with little spotlights picking out details, and I wanted the exterior shots of the city to have the same quality as the interior shots of the museum so that we could drift from an exhibit to the street, and make the street feel like an exhibit, and make the exhibit feel like part of the city.

Is it important for you to shoot your own films?

When I do these feature documentaries, it doesn’t feel right unless I’m holding the camera, and it’s not quite a one-man-band but it’s very much a subjective experience, and a subjective physical effort, and those two things are very important.

Did you read Orhan’s novel before you went to Istanbul or when you got there?

When I was there my wife was reading his memoir about the city. We had the Lonely Planet but we also had Orhan’s memoir; right from the start he was my guide to the city.

What made you decide to make a documentary about a piece of fiction?

Having an idea for a drama is a very, very different thing. This project came from reading Orhan’s imaginative memoir of the city and reading his novels, and right away having this fiction overlaid on top of my experience [of Istanbul], and then finding out that he’d made a museum that was a hybrid of fiction and real found objects…

So in terms of timing, it was a series of happy accidents? 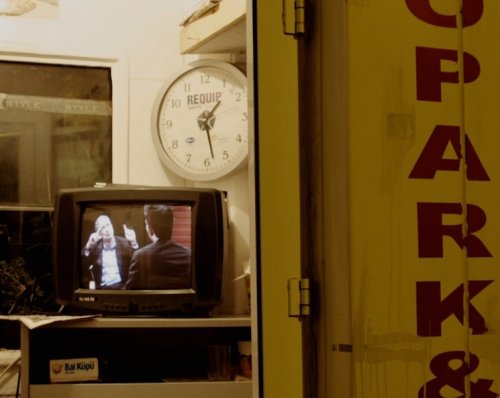 I love how you made the interviews with Orhan look like a TV show.

I didn’t want Orhan as a talking head in the foreground, because he’d be competing with the narrator. When you walk around Istanbul at night, every shop is open. Every taxi office, every barber shop has a little TV in the back. As I film walking down the street you see cars go by, you see dogs go by, you see Orhan talking on a monitor. That was the idea, and I thought we could maybe get all the material for that off of Turkish TV. He said: “Oh, we don’t have programmes like that”. I thought maybe something like The South Bank Show would work, but he said it doesn’t exist [in Turkey], so we had to make one.

I thought it was interesting that the novel was written by a man but the narrator of the film is a woman. Is that the case in the book?

The narrator is a totally minor character in the book. She’s a friend of Fusun, the heroine, and she just gets two tiny little mentions in the book. The novel is narrated and written by Orhan Pamuk in meta-fictional mode, but the protagonist of the novel is a guy called Kemal who fell in love with his cousin when he was 30 and she was 18.

What made you decide to mediate it through her voice?

If you’re doing documentaries, you can have talking heads, you can have a single omniscient narrator (the rent-a-Helen Mirren), or you can do the essay approach, which is more fashionable these days. I wanted to do a mix of the Helen Mirren approach and the essay approach. Everything spins out of this narration and also Orhan’s stuff has often got a lot of noir elements in it. I was listening to the VI Warshawski programme on [BBC] Radio 4 and [was inspired by] the slightly wisecracking female detective trying to get to the truth of things in the middle of the city at night. I just thought this woman is on a quest for the truth about the city and her dead friend.

You mentioned that you wanted to the film to have a noir feel. What were the visual and cinematic reference points?

Visually, the photographs of Eugène Atget, of deserted Paris in the 19th century; film-wise my touchstones for these sort of personal essayistic documentaries have been for a long time and still are Sans soleil (1983) by Chris Marker and Patrick Keiller’s films, especially Robinson in Space (1997). Ara Güler’s wonderful photos of Istanbul at night in the 50s, of people walking down cobbled streets with a single lamplight in black and white. They’re very melancholic; you can imagine some sort of Turkish jazz going on in the background.

Were there any difficult moments making this film?

It was great but it was really, really difficult creating this dreamlike world and keeping people in there.

What is the trick to creating that dreamlike state?

I don’t think that it’s a trick, it’s just a case of thinking about what creates your own experience of that slightly contemplative, slightly out-of-body [state, that is] very focused but also kind of spacy. Music, evenness of gaze, holding on objects until they start to get a richness of their own, the narrator’s voice which is kind of even but intense, seamless digressions… working with that feeling helps.

Related to Innocence of Memories: ‘We had the Lonely Planet, but Orhan Pamuk was my guide to Istanbul’