The director of a new documentary about a year in the life of Ingmar Bergman wrestles with a time in the Swedish filmmaker’s life in which extraordinary creativity and a turbulent private life went hand in hand. 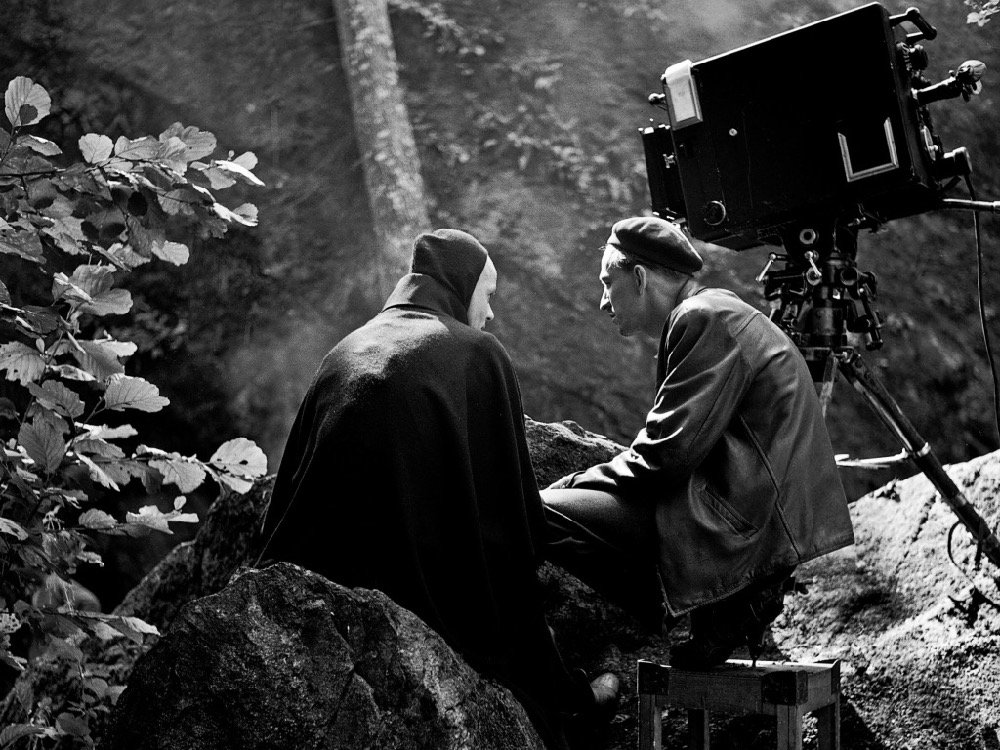 Ingmar Bergman behind the scenes on The Seventh Seal (1957)

Working across film, theatre, radio and television, the Swedish writer-director Ingmar Bergman was famously prolific – he directed more than 60 films and more than 170 plays – but even by his own standards, 1957 was a busy year.

February saw the release of The Seventh Seal, perhaps his most iconic film; March, the opening of a five-hour production of Peer Gynt at Malmö City Theatre; April, his first piece for TV, Mr Sleeman Cometh, and a radio play, The Prisoner.

In summer and autumn he shot two films, Wild Strawberries and Brink of Life; in November there was another radio play, The Gamblers; in December The Misanthrope opened on stage and Wild Strawberries hit cinemas.

For director Jane Magnusson, who previously explored Bergman’s legacy with Bergman’s Video (2012) and Trespassing Bergman (2013), such excessive productivity seemed like fertile ground for a new documentary: Bergman: A Year in a Life. As she told me during the London Film Festival in October 2018, where the film had its UK premiere: “People think that Bergman is a horribly serious and awful issue to bring upon oneself, because everyone thinks it’s just about death and seriousness, but he was a funny person. He had a super strange life and, in 1957, it culminates.” 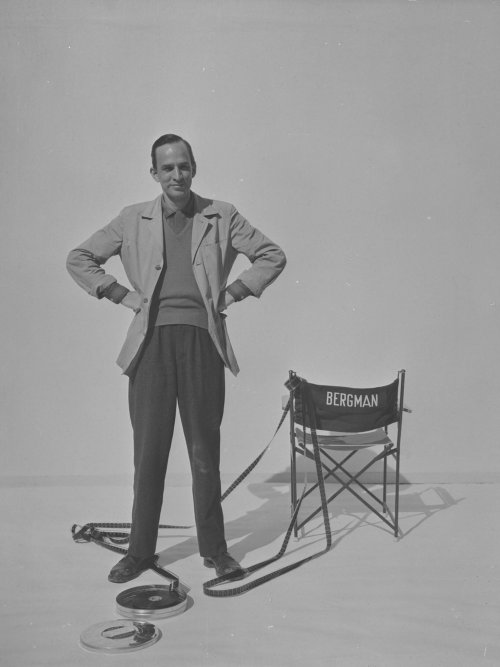 “In 1956, he was awarded a prize in Cannes for Smiles of a Summer Night, and suddenly he was given artistic freedom and a little bit of money. Also, I think he knew that he always wanted to become this huge Ingmar Bergman figure, but he wasn’t. At the beginning of 1957, he isn’t.

“He understands that he has to become this giant filmmaker: ‘I want to make films for the rest of my life, I want to have nobody involved in my creative process, and this is my year to do that.’ And it is insane, that year. It would be enough, just the two films. But also his private life during that time. We can maybe apply it to him having some kind of mental disorder. I don’t know. I think he just wanted to become Ingmar Bergman. And by the end of the year, he is.”

Indeed, his private life during that time included a wife, Gun Grut; a mistress, his leading actress Bibi Andersson; and the start of a long-term, but initially intermittent, relationship with Ingrid von Rosen, who he married in 1971. It was also the year he first met Käbi Laretei, whom he wed in 1959.

Given the autobiographical elements of Bergman’s work, it’s easy to wonder if he thrived on personal turmoil as a source of inspiration. Says Magnusson: “That makes you think, doesn’t it? I mean, these women turn up in his films and you can kind of backtrack and see ‘here’s Gun Grut, here’s Harriet [Andersson], here’s Bibi, here’s Ingrid von Rosen, here’s Käbi Laretei’… I sometimes wonder if he was a horrible husband or lover just to have something to write about, but I don’t think anyone is that bad. I mean, who would do that?”

Watch the trailer for Bergman: A Year in a Life

It’s a rhetorical question, but it can be answered with any number of characters from Bergman’s own films: “It’s a recurring theme – the artist who screws over his family for the sake of art. And maybe that’s also a reason why Bergman is so loved by male filmmakers and artists all over the world – because he kind of justifies that behaviour. And for good reason… We wouldn’t want every man to be like that, but Bergman was like that and we got all these great films out of it.”

For Magnusson, Bergman was so consistent in using his personal life as the basis for his work that even a medieval fantasy like The Seventh Seal can be understood as stemming from his fear of death: “It doesn’t have to be Ingmar Bergman walking around mistreating women. He deals with his own fears and anxieties and makes a film out of it. Persona (1966) is the same thing – you don’t have to have a man walking around being a tortured artist.”

Given that Bergman’s films are driven by his personal demons, I wonder if somewhere within the public self-flagellation, there is a striving for atonement. But Magnusson isn’t sure she agrees: “I don’t think he’s looking for atonement, because he keeps repeating these things. I just think he’s one of the most honest artists we’ve ever had. And unless you are as honest as he is, when you’re making films about relationships, then your films will be bad. And that’s why his films are so great – because he is so honest. ‘I did this, I was horrible, I’m going to make a film about how horrible I was’. It seems like he’s asking ‘where are my flaws?’ and then making a film about it.”

Despite this apparent honesty, however, there’s no doubt that Bergman was a great self-mythologiser. His autobiography, The Magic Lantern (1987), has now been widely been discredited: “It’s a novel, rather than an autobiography”, as Magnusson puts it. 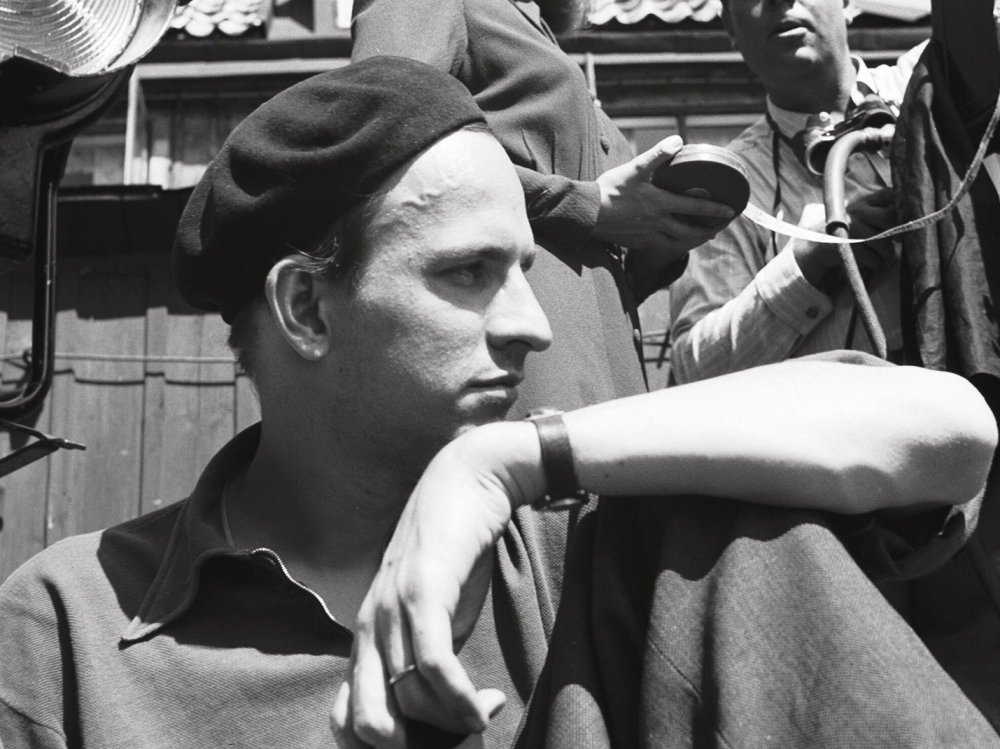 One of the great strengths of Bergman: A Year in a Life is the way that it deconstructs certain aspects of the Bergman legend, notably the notion that he was beaten as a child: in a revelatory, never-before-seen interview, Bergman’s older brother, Dag, claims that Bergman was the favourite child and that it was he (Dag) who was the whipping boy. But given that there was so much animosity between the two brothers, should we take even this at face value?

“Well, that’s up to you… for me, finding one voice telling about that time, that’s not Bergman, was amazing. But it’s obvious to me that Dag is a sadist. I mean, he enjoys telling the story of how he forces his younger brother to eat worms. And you can see in his face after he tells that… ‘And then Ingmar ate the worms’. I mean, that’s horrible. Can you imagine having an older brother like that? He’s so mean. I think he’s telling the truth, but in that interview there is nothing nice. He says nothing nice about his brother.”

The interview with Dag was recorded during the 1980s, but Bergman prevented it from being broadcast – perhaps because it would have dispelled the myth that he was creating for himself, or perhaps simply as a way of exerting control. Whatever the case, the portrait of Bergman that emerges from Bergman: A Year in a Life is of a neurotic, complex and calculating figure – but, as Magnusson puts it: “If he hadn’t behaved the way he did, we wouldn’t have those films.”