How we got into the film industry: tales of the Future Film Festival

With its programme of masterclasses and workshops, the annual Future Film Festival promises to ‘provide opportunities to connect with the film industry’ and ‘kickstart your career’. We asked three festival alumni whether it works. 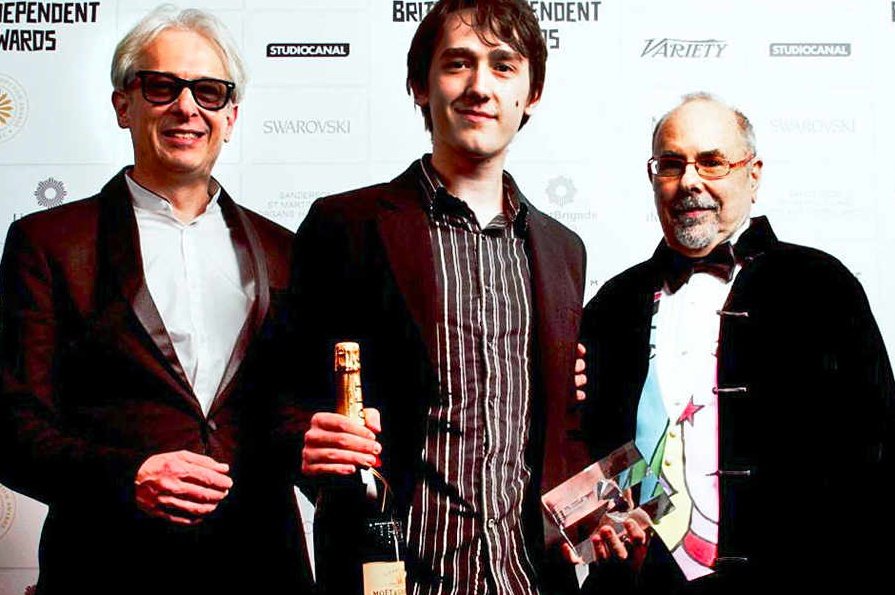 When I was making my first films in my teens I would always send them to the Future Film Festival, with the hope of screening at the BFI which, being a country boy, I’d never been to. Everything I entered was rejected, year after year. Then, when I was 18 I made a film for the Sci-Fi London 48-hour film challenge, which was sponsored by Future Film. We came second place in the main competition and won the under-21s award. The next day I got an email from Future Film asking if I could come and do a talk at the festival, so in the end the first time I ever visited the BFI was as a special guest, which kind of blew my teenage mind.

Growing up in the country, there weren’t too many opportunities for young filmmakers, so I ended up funding my own projects and roping my friends in to help me make them. The opportunities that Future Film creates for young filmmakers are incredible – exactly the kind of support structure that I would have relished starting out. Above all else, Future Film connects talented young people and, over the four years I’ve tutored BFI filmmaking courses, I’ve been lucky enough to witness young filmmakers coming together and forming bonds that have lasted and led to the creation of exciting new work.

After speaking at the Future Film Festival I became more involved with Future Film, tutoring filmmaking students on a variety of courses over the last four years and leading workshops at the festival. It’s been a joy to work with young filmmakers, some of whom are only just discovering filmmaking for the first time, and to be inspired by their enthusiasm and creativity.

I’m currently developing a number of feature film projects, including a fantasy horror movie for Salon Pictures. My debut feature Strings is being released by Vertigo Films later this year and won a British Independent Film Award, as well as playing at a number of BAFTA- and Oscar-qualifying film festivals including the Rome Film Festival, where it was nominated for the Alice in the Cities Award.

In 2012 I was named a Screen International Star of Tomorrow and currently have a number of short films that are playing the film festival circuit, most recently a short drama, Absence, starring Paul McGann. I am signed to Independent Talent for feature films and Outsider for commercials, and have recently directed a commercial for Barclays and the Premier League that played on television nationwide.

It sounds like an over-simplification, and to an extent it is, but I would say that the most important piece of advice anyone could give is this: keep making films. The technology is so readily available and with institutions like the BFI providing courses and events, there’s no excuse to not be creating, and building a team of like-minded collaborators.

A friend once told me that whenever she is rejected or has a horrible experience, she is actually at her most hopeful – for every bad experience, she says, there are other people who would give up. The very fact that she has had a bad experience but is carrying on means that her chances of succeeding are that much higher. She’s now one of the most successful filmmakers I know, directing for the BBC.

I won best documentary at the festival and joined the BFI steering group. Throughout my time at the festival I’ve gotten stuck in and helped organise speakers, choose the films and volunteer on the day. 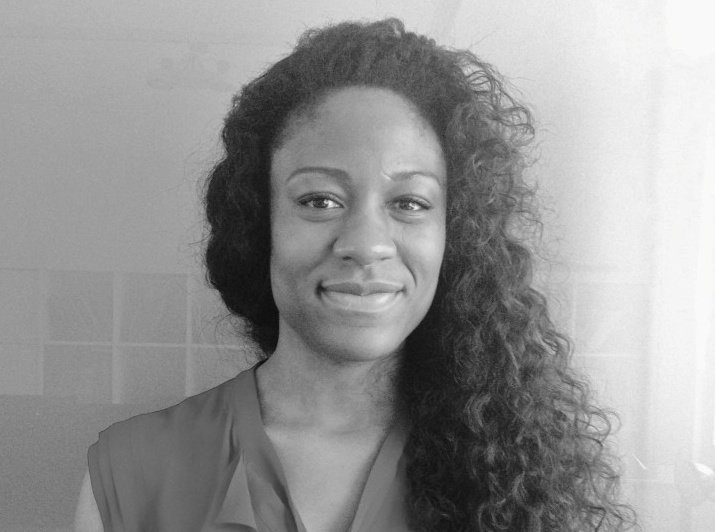 I was introduced to a variety of people from professionals to the everyday filmmakers like myself. The festival opened my eyes to the importance of networking and collaboration. It was a great platform at which to have my first short film screened. Everyone should have the opportunity to attend and if possible have their film screened in festivals like this one.

I made another film and I also set up Iconic Steps, an independent film training and production company which aims to help young people from hard-to-reach backgrounds gain the skills, experience and network they need for their next step into employment and/or work experience in the media. I’m proud to say that a couple of the students are screening their film in this year’s festival.

I am working full time at Iconic Steps while still making films. I’m currently producing a short called Sunset Rose – we recently successfully completed a Kickstarter campaign and filming is set for the end of February.

Network, collaborate and watch as many films, both short and feature, as you possibly can.

I got involved with Future Film maybe four years ago. I was an artistic associate at the Lyric theatre and they brought me to the BFI, which was the first time I had ever been to the building.

We were watching a screening of a great movie from South Africa – sadly I can’t remember what it was called. Don Noel, aka Noel Goodwin, was hosting it, and I mobbed him afterwards and asked ‘What is this place? I want to be here more, how do I do this?’ I literally knew nothing about film and Noel was really the gatekeeper. He told me about Future Film and the amazing opportunities that were available. 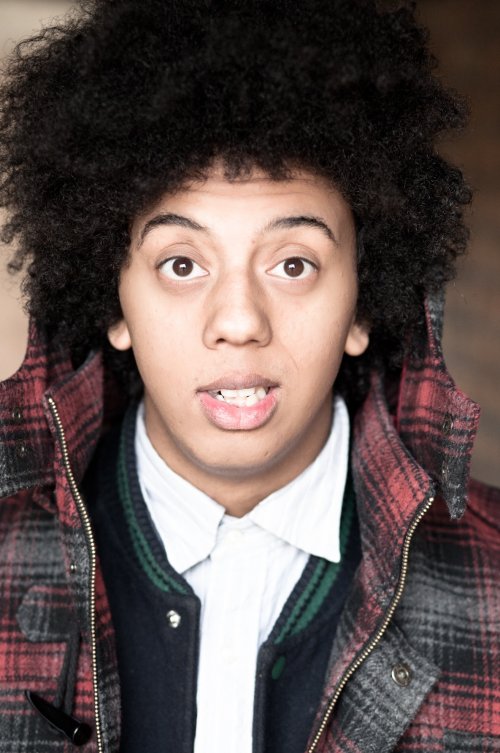 Shortly after mobbing Noel at the film screening, my business partner Stuart Mackenzie and I went to meet Noel and said ‘Hey, if we put some comedy sketches together can we screen them in your cinema?’ Bear in mind we had no idea of what the BFI really was, or how epic it would be to have one of your films on a screen there. We just thought it would be something cool to show our people. At this time, we had made two films on YouTube – we were audacious!

Anyway, Noel said “yeah”, and we made it into the Future Film Festival. We did a 20-minute comedy pilot called The Mackenzie and Bryon Show and showed it to lots of young filmmakers and industry folks we invited down. While we shot the pilot, our crew was made up of people from the Future Film group.

In answer to your question… we didn’t really know what we were doing before!

I made loads of sketches, short films, wrote loads of scripts, then I went hunting with my stick and tried to find people to pay me to do all of the above!

Currently I’m writing and acting freelance. I have just written two episodes of the new series of Rastamouse [for CBeebies]. That was definitely one of the funniest jobs I’ve had. I have also just got my first feature film, Unhealthy Competition, optioned, so I am in the process of writing that. My cartoon series has also been optioned; I’m in talks with some broadcasters.

My comic book Sid the Stoner Snail is for sale in Orbital Comics and online on JokePit. We have recently signed a publishing deal to Under Belly Comics, which is distributing a 150-page graphic novel of it in Canada.

I am about to start shooting my latest short film, Cupcake, which I have written and am directing. It stars the incredible Sheila Hancock.

Lastly, Stuart and I are about to go into production on our latest comedy pilot, The Mackenzie and Bryon Show 2.0, which will be directed by the uber-talented Mo Ali and screened at the BFI.

Be audacious! Make stuff. Become a nerd of the film and TV industry. Get to know Noel Goodwin. Make more stuff. No means nothing. Meet lots of like-minded creatives. Teach yourself how to write. Don’t stop making stuff. Join the Future Film group. Be a nice human. Network. Always remember making art is fun. Don’t stress too much. Find time to chill out. Believe in yourself.