How to Change the World: mind bombs, Greenpeace and the whale

With access to Greenpeace’s archive of 16mm films, director Jerry Rothwell’s new film tells the origins story of an environmental giant formed by Canadian hippie friends and forged in a fire of radicalism and passion for change. 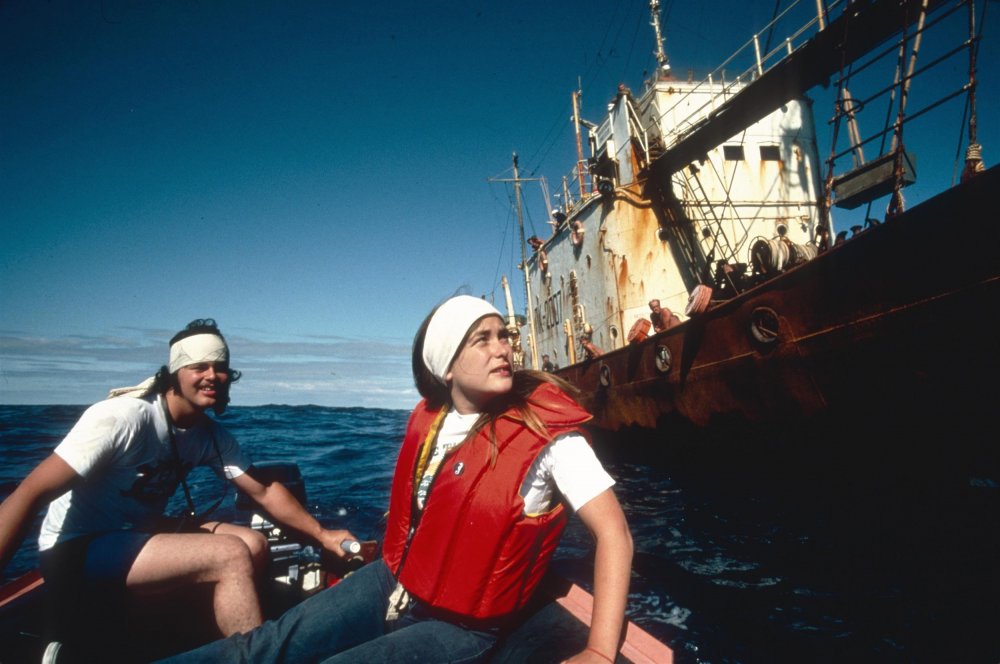 How to Change the World nationwide satellite Q&A screening on 9 September. In cinemas from 11 September.

How to Change the World was backed by the BFI Film Fund.

When Jerry Rothwell heard that Greenpeace was centralising its film archive, he decided to check out this treasure trove of rarely seen 16mm footage at Amsterdam’s International Institute of Social History and was astonished by what he saw.

It’s these old negatives, painstakingly restored, digitised and synched up to the original audio, which form the lifeblood of How to Change the World, his engrossing new documentary about the chaotic origins of the iconic institution. “My first encounter with the footage was being in the museum with a guy spooling through 16mm on an old Steenbeck and seeing these incredible images of this group of people and their actions.”

This group was actually just a handful of laidback, hippie friends in Vancouver in the 1970s with impressive facial hair and flower power ideals. Years before viral campaigning took off, they were detonating their own “mind bombs” – pulling outrageous stunts that would capture the media’s attention.

One of the most shocking was when they confronted a Russian whaling ship in just a tiny rubber speedboat. A harpoon was fired missing their heads by just a few metres. It hit and killed the whale they had been trying to protect. 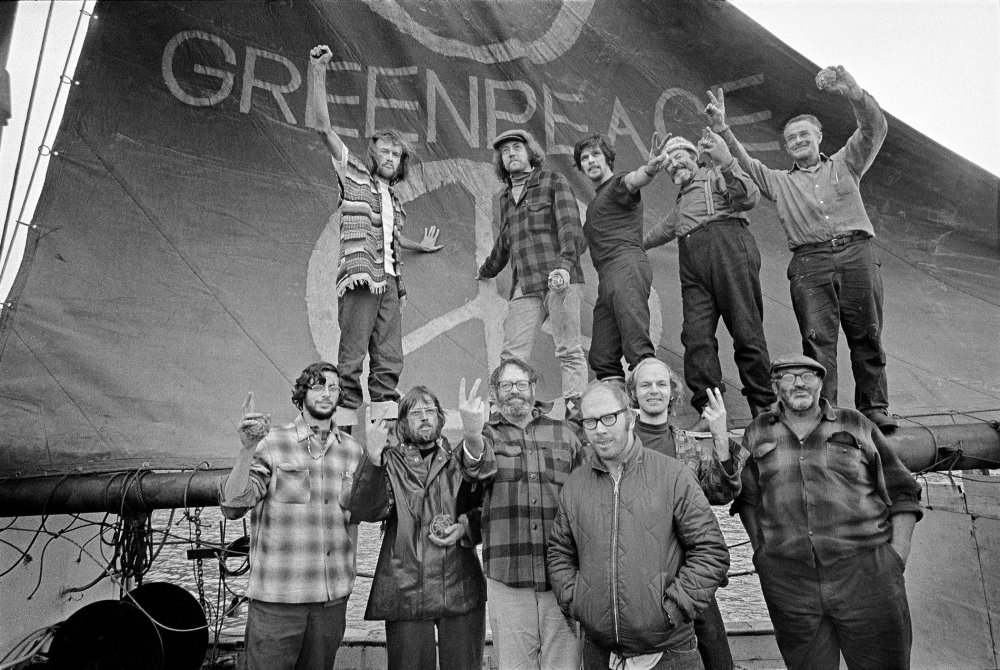 But as their fame grew, this haphazard collective descended into a war of clashing egos and bitter infighting as Greenpeace gradually evolved into the organisation it is today. As births go, it was a difficult one.

How to Change the World is seen through the eyes of its reluctant leader, fearless journalist Robert Hunter, who died in 2005. Based on his books, it also features animated flourishes inspired by the late writer’s passion for comic books, and interviews with other key players from the time including activists Patrick Moore and Paul Watson.

It’s an inspiring tale of foolhardy bravery, sheer luck (a strategic planning session involved consulting the ancient Chinese book I Ching), and the fragility of human relationships as these free-spirited campaigners struggled to fit into the growing confines of an outfit that suddenly started to take on a life of its own.

Is Rothwell a fully paid-up member of Greenpeace now? “No, I’ve never been a member,” the director admits.

What attracted you to this story?

I’m very interested in social movements – this is the genesis of the environmental movement as a global force. It’s pretty hard to be alive and a human being and not have an interest in environmental issues. I was very keen that the film wasn’t seen as a promotional piece for the organisation so we did it without any Greenpeace editorial involvement at all. 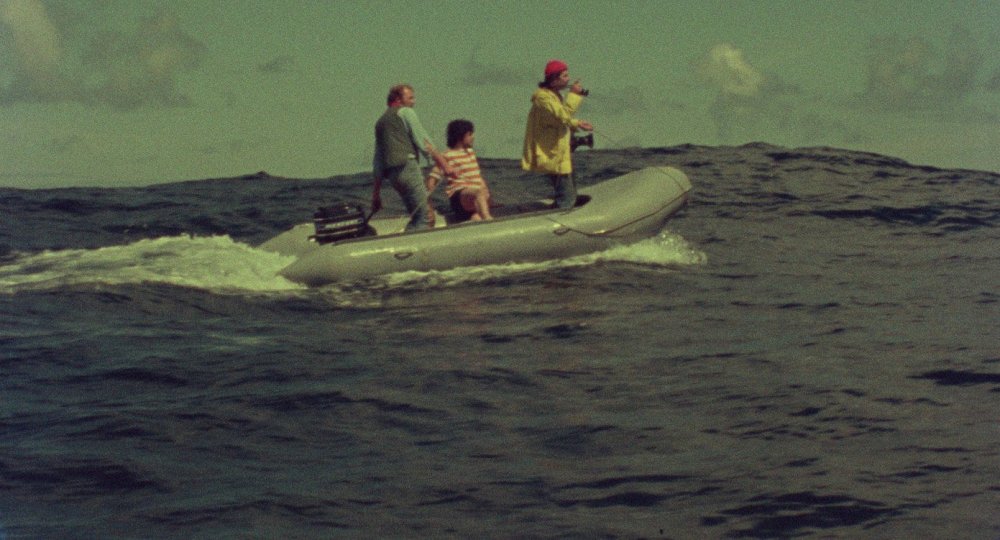 How long did it take you to sort through all the footage?

My first encounter with it was seven years ago. Then I worked out a structure for the film which covers eight years of Greenpeace, a social history from 1971 to 1979, and the arc of that period; from being a handful of friends who suddenly had this global idea to fighting with each other to eventually giving the organisation away in order for it to grow to the form it now is.

The late Robert Hunter ‘narrates’ the film voiced by actor Barry Pepper. How did you put the script together?

It’s drawn from his books. Everything from the voiceover is from his writing and we had access to his notebooks, diaries and letters. I’ve taken some liberties with the material in the sense of pulling one sentence from here, one sentence from there but it’s pretty much verbatim.

What was your impression of him?

He was a really interesting man who has not had enough credit as an inspirational leader. He had a lot of foresight. He was the glue that bound this incredibly different group together. Having said that, he was not someone who wanted to be a leader and found leadership very troubling and difficult. 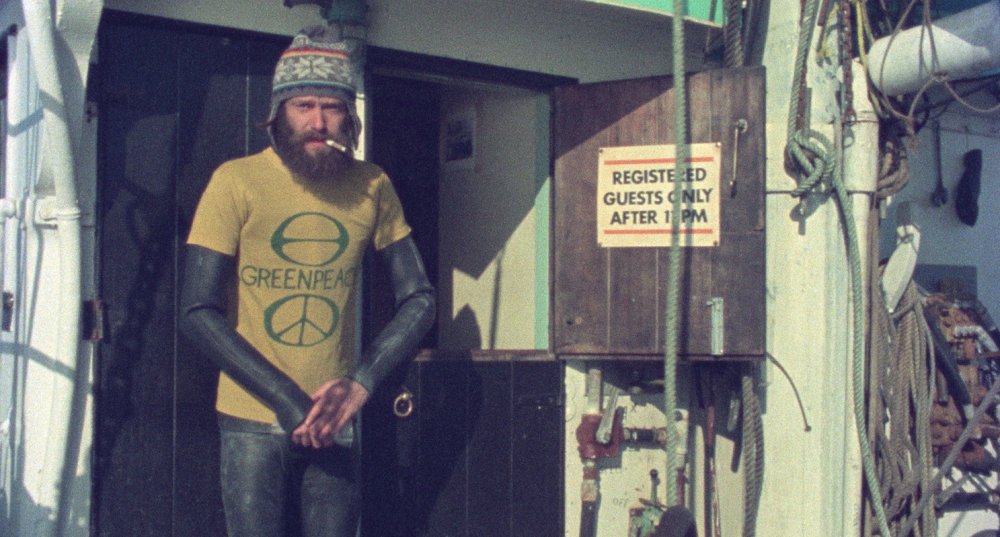 Were you aware of the feuds that divided the group before you started this project?

Dimly. Part of what this film deals with is what happens when you’re successful; when money, power and ego are there for the taking. There are bigger issues behind those disagreements. To what extent they should compromise, whether they should be aggressive in their actions or oppose other issues. I think any group trying to affect change faces those issues.

Was it easy getting everyone together for the shoot?

Some of them were 19, 21 when those events took place. It shaped the direction of the rest of their lives so all of them wanted to talk about it and about their perspective of the period. We interviewed most of them in a very concentrated period in Vancouver and tried to create a lot of cross conversation.

The other thing I wanted to explore was when older people look back on their radical past. How do they view it? Have they mellowed? Were they more forgiving? Actually most of them haven’t really mellowed.

Hunter was incredibly perceptive about the media and as a journalist recognised that Greenpeace was going to be competing with the Vietnam war and whatever else was on the front page so they needed to create headline-grabbing stunts. That’s where the concept of the mind bomb comes from. For good or ill, that’s shaped the way people have campaigned but it’s much more difficult now to make an image have the same impact that it did in the 1970s.

Watch the How to Change the World trailer

What change are you hoping your film will make to the world?

I think it has a lot to say about the experience of activism. Whether or not you believe in what they’re trying to do, all of us can see the kind of group that we’ve all been part of in Greenpeace. I hope the film has been quite forgiving about the battles that happen within groups.

It’s really interesting to watch this film thinking about the relation to, say, the Labour leadership. You can see exactly the same dynamics going on and the dangers of implosion in all of those kind of movements if you let those things take over.

Related to How to Change the World: mind bombs, Greenpeace and the whale