Pioneer of wifi, GPS and the on-screen orgasm – 10 surprising facts about Hedy Lamarr

Remembered as a screen icon and ‘the most beautiful woman in the world’, she was also a self-starting inventor whose innovations led to wifi, GPS and Bluetooth. So what else don’t we know about the secret life of Hedy Lamarr? 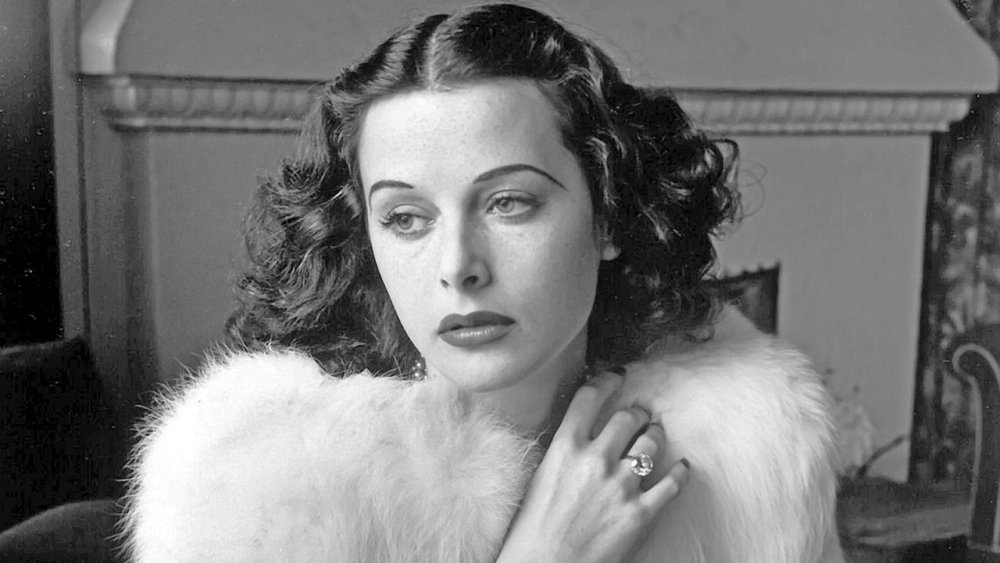 Bombshell: The Hedy Lamarr Story is in cinemas from 9 March 2018

“Any girl can be glamorous. All you have to do is stand still and look stupid.” These are the famous words of Hollywood icon Hedy Lamarr.

Once considered the most beautiful woman in the world during her heyday in the 1940s and 50s, she was adored for her smouldering good looks and old-world sensibilities. But, as well as being a Hollywood star, Lamarr had a curious and inventive mind, one which helped to develop technology that was a precursor to modern-day GPS, Bluetooth and secure wifi.

Lamarr is now the subject of a new documentary, Bombshell: The Hedy Lamarr Story, in which first-time director Alexandra Dean seeks to paint a more complete picture of the actor’s life both on screen and off. Co-produced by Susan Sarandon, the doc is due for release in cinemas from 9 March, and there’s an accompanying season of Hedy Lamarr classics screening at BFI Southbank.

We sat down with Dean to find out more about the real Hedy Lamarr. Here are 10 surprising facts about the star who defied convention… 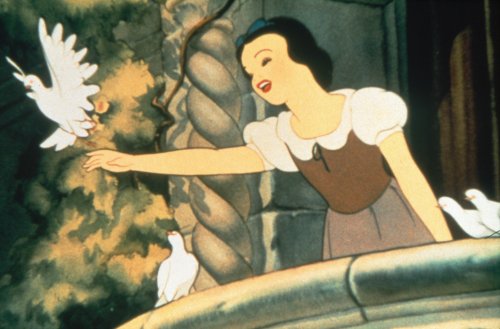 1. She was the model for Disney’s Snow White, a muse to Mel Brooks and inspired DC Comics’ Catwoman.

In the doc, Mel Brooks describes Lamarr as “the best-looking movie star that ever lived; she became my inspiration”. Her legendary looks set the aesthetic template for both Disney’s Snow White and DC’s Catwoman. Yet, as the documentary notes: “Hedy had one of the most recognisable faces of her time, yet she was never seen for who she was.”

2. Lamarr courted controversy by performing one of the first on-screen female orgasms.

When she was 19 and living in her home city of Vienna, Lamarr starred in Gustav Machatý’s controversial romantic drama Ecstasy (1933), in which she performed perhaps the first on-screen female orgasm in a non-pornographic film.

“It defined her just like a sex tape might define a celebrity today (ahem! Kim Kardashian!),” says Dean. “As a culture we definitely still struggle to deal with women who are that open about their sexuality.”

The feature caused such a stir that Lamarr’s then-husband, Friedrich Mandl, attempted to suppress it by buying up all the existing prints.

3. Only one on-the-record Lamarr interview is known to exist.

Before Lamarr died she gave an interview to journalist Fleming Meeks, in which she tells her life story and shares her passion for inventing. It’s the only known audio recording of Lamarr speaking as herself.

“In the tapes Hedy sprang to life and showed us her wit and charm, and her temper,” says Dean. The director was fortunate to gain access to the tapes, which she had digitally restored and uses throughout the documentary. 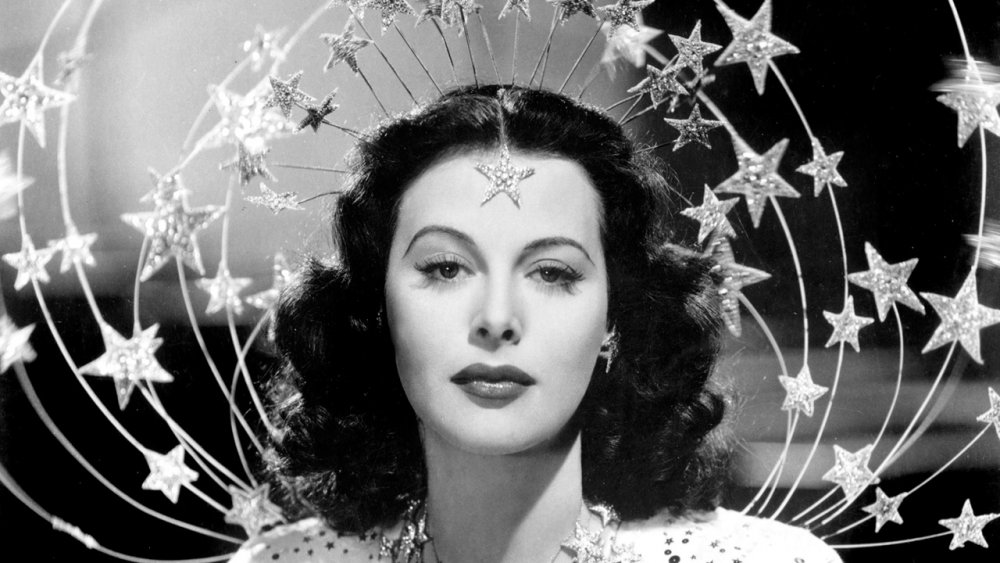 4. Lamarr was a self-taught inventor who developed a spectrum-hopping technology that led to the development of GPS, Bluetooth and wifi.

During the Second World War, Lamarr felt helpless doing nothing for the war effort. So she and her composer friend George Antheil (the “bad boy of music” in that era) developed a radio-frequency hopping technology. Lamarr hoped the technology could be used to create remote-controlled torpedoes for use against German U-boats. This technology would eventually be used in the development of GPS, wifi and Bluetooth.

5. She was never paid or properly recognised for her contributions to the war effort, later becoming a recluse. Even today, few people know Lamarr’s real story.

Commenting on the lack of recognition Lamarr has received for her invention, Dean says: “People are finally waking up to what an extraordinary woman she really was.”

Fourteen years after her death, she was posthumously accepted into the National Inventors Hall of Fame, but much work is still to be done to raise awareness of Lamarr’s diverse talents. She never received a dime for her invention, although she was always more concerned about being recognised for her abilities than with financial gain.

6. Howard Hughes thought she was a genius.

Lamarr states that the legendary inventor and business mogul Howard Hughes “relied on her”. Hughes gave her a set of tools to continue inventing with while she was in her trailer on set. In return she helped him with his aeroplane research. She purchased books on the anatomy of fish and birds to design a more efficient wing shape that would reduce drag.

7. She escaped the tyranny of her first marriage by using sleeping powder and a maid’s outfit.

It may sound like the plot from a Scarlet Pimpernel novel, but Lamarr did indeed escape from her first husband Friedrich Mandl by using sleeping pills to drug a maid who kept guard over her.

Mandl had allied himself with the Nazis as Hitler rose to power in the late 1930s, and had become more and more possessive of Lamarr after the scandal of her starring in Ecstasy. She escaped by spiking her maid’s tea and sewing all her jewellery into the lining of a maid’s costume, which she donned and fled to London.

8. She chased Louis B. Mayer by land and sea to get a job as an actor.

After arriving in London, a friend took Lamarr to a movie, which opened with the iconic roar of the MGM lion. She immediately became convinced that her future lay as an actor in Hollywood. She managed to arrange a meeting with MGM boss Louis B. Mayer, who offered her $125 a week and told her to keep her clothes on (a reference to her escapades in Ecstasy).

Lamarr turned him down, but then regretted her choice. So she booked a ticket on The Normandy, a liner bound for the US with Mayer on board, and kitted herself out with her best jewels and dress. It was a sight that was enough to catch the eye of film star Douglas Fairbanks and convince Mayer to pay her $500 a week.

9. She made innovations in plastic surgery in a tragic battle to hold on to the looks of her youth.

Beverly Hills plastic surgeon Dr Lisa Cassileth recalls how older plastic surgeons would tell tales of the suggestions that Lamarr made to improve methods of plastic surgery, in the course of undergoing it herself.

The actor battled to try and retain the image of her youth. Perhaps Lamarr was a victim of her era’s ageism attitudes. Dean says: “At every decade of a woman’s life we still measure her worth at least partly by her looks instead of what she has contributed to the world. Time is definitely up for that sort of attitude.”

10. The market value of Hedy Lamarr’s invention is $30bn. She never earned a penny from the technology.

Today, Bluetooth, secure wifi and GPS are essential technologies used every day in laptops, tablets and phones. The same technology she developed is also used for military applications. Only in the past decade has her contribution to science become more widely recognised.

Dean concludes: “I truly believe Hedy Lamarr will take her place in the pantheon of great minds that children learn about in school.”