Not safe for work: Jim Hosking and Toby Harvard on The Greasy Strangler 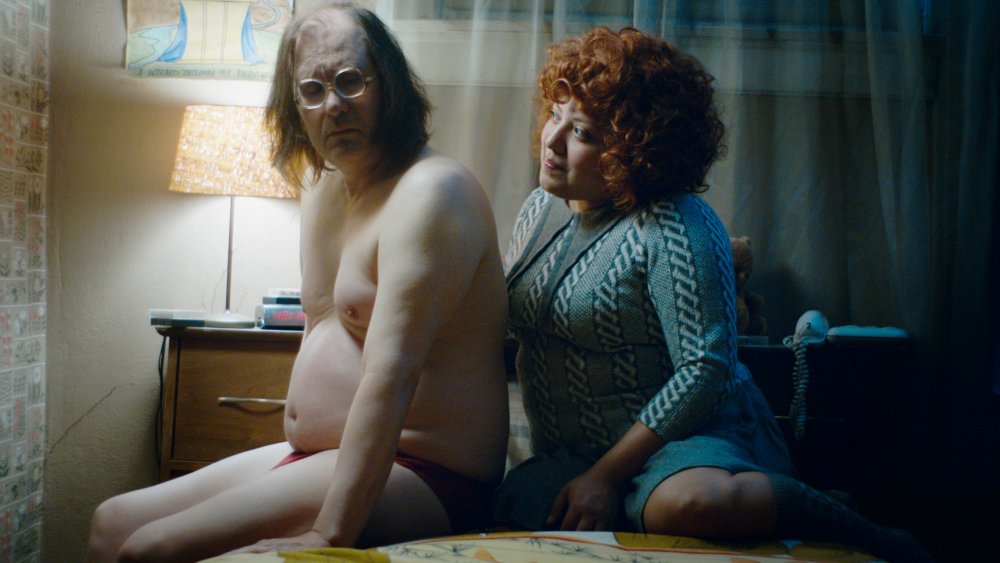 The Greasy Strangler, backed by the BFI Film Fund, is in cinemas from 7 October and then available to own from 10 October

Little can be done to prepare audiences for the utter weirdness of Sundance Midnight movie The Greasy Strangler from director-writer duo Jim Hosking and Toby Harvard. With support from Ben Wheatley and Andrew Starke’s Rook Films and Elijah Wood’s Spectrevision, this is a comedy unlike anything else you will see this year.

“The initial spark for this film was to make something that wasn’t trying to latch on to a pre-existing audience or pander to any ideas of how a film should be”, explains Hosking who has been collaborating with screenwriter Harvard since their days together making commercials. 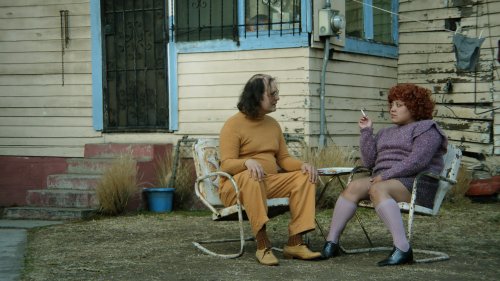 The Greasy Strangler follows the exploits of Ronnie (Michael St Michaels) and Brayden (Sky Elobar), a father-and-son team who make a living running dodgy disco tours to witless tourists. After a day trudging the streets of a nameless neighbourhood in the US, the tango-skinned Ronnie slathers himself in grease, stalking the streets for victims to murder, casually cleansing himself afterwards at a local car wash.

The desire to make such an outlandish film stemmed from Hosking’s sense of ennui with the current diet of cinema. “It came in part from a sense of disillusionment from the films that I have been seeing,” he explains. “A lot of films are derivative or cynical and manipulating, and also I think it is because I have become less interested in the films that I used to get excited by, whether it was French existential arthouse filmmaking that I used to love thinking about – and now I feel are a bit boring.” 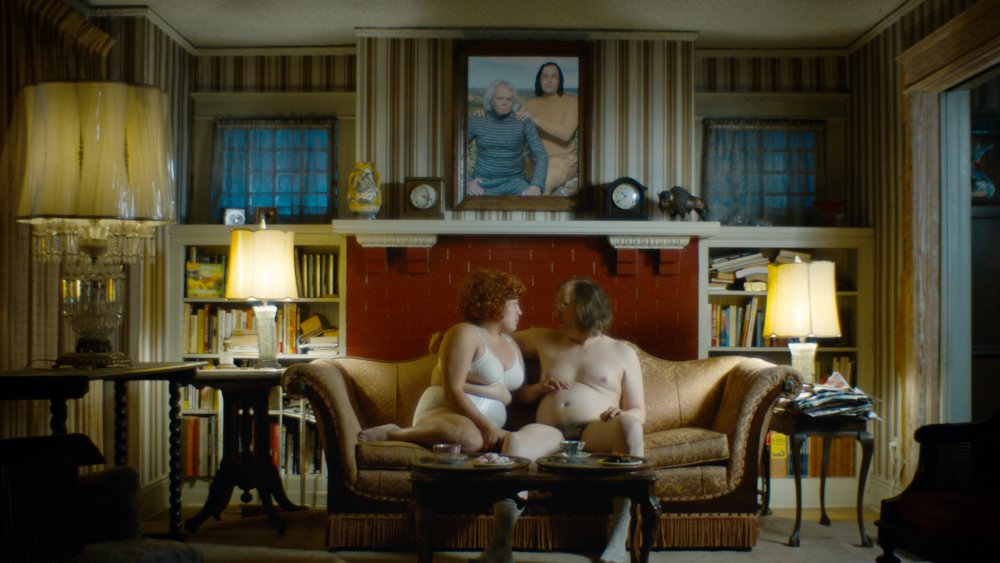 So Hosking wants films that cause a reaction, which is something he’s sure to get on a film loaded with comic-book violence and absurd humour that pushes the boundaries of surrealist comedy. It’s rammed full of prosthetic penises large and small, buckets of grease, and a gaggle of oddball characters. But behind the carnival of eccentricities lies a father/son relationship, as Harvard explains. “I feel that when people focus on the violence they are completely missing the point of the film.” He adds: “There is a real childlike innocence to this story about a father and son that resent each other but they can’t function apart, and I think there is something sad and sweet about that.”

The film, whether you love it or loathe it, achieves its aim of standing out from the crowd with ease. But where did the idea come from? “We were talking and we had an idea about a strange, hunched-looking guy with a perverted look on his face, slathered in grease, standing in a doorway with his arms stretched out, and from that we started writing,” says Hosking. For both the writer and director the goal was to make each other laugh. 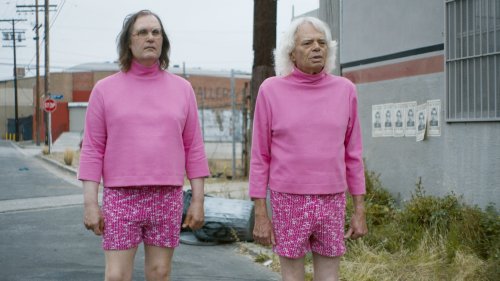 “We are both quite mischievous,” says Hosking, with Harvard adding, “A lot of my humour comes from prodding people. I will latch onto a phrase and keep on saying it”. This penchant for reputation seeps its way into the film with catchphrases like ‘bullshit artist’ and ‘hootie-tootie Disco cutie’ repeated for comic effect. “People talk about how quotable the film is, and we weren’t going for that, but we are phrase fetishists, like ‘hootie-tootie Disco cutie’, you can’t have it once, once isn’t enough for a good joke.”

While the pair share a similar sense of humour, their taste in films couldn’t be more different. Hosking is an arthouse aficionado, inspired by the likes of David Lynch and Aki Kaurismäki and Mike Leigh’s early TV film Nuts in May (1976). Meanwhile, Harvard is inspired by giallo films, and movies of the 70s and 80s such as William Lustig’s Maniac (1980) and Mike Nichols’ Carnal Knowledge (1971). This disparity of film tastes is brought together by both their affection for the comics of Robert Crum and Daniel Clowes, whose influence on The Greasy Strangler is apparent. 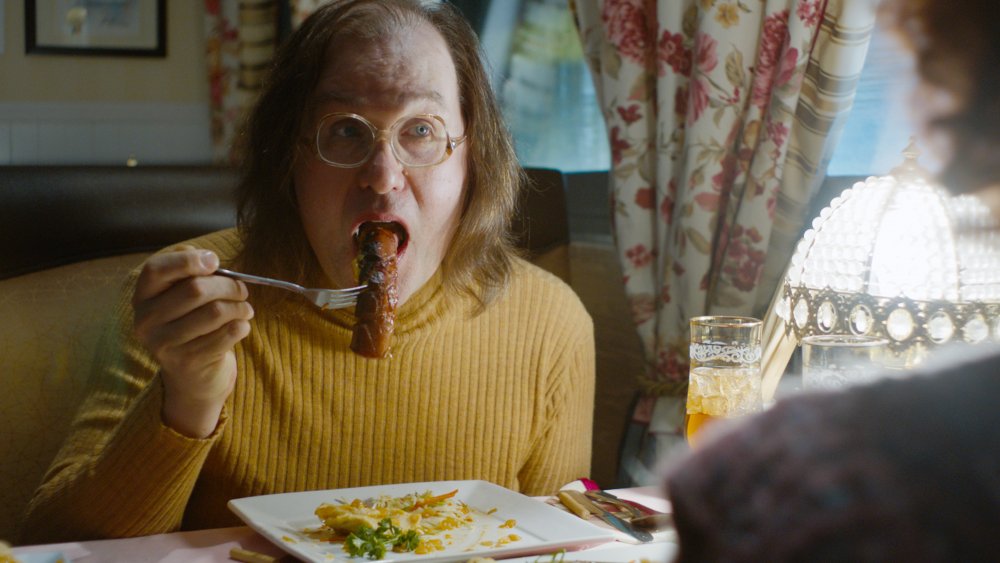 There is something incredibly cartoonish about The Greasy Strangler, like a strange combo of the bickering of Steptoe and Son, the comic violence of Bottom, and the colour palate of Pink Flamingos (1972). While there are elements of such influences to be found in The Greasy Strangler, for both Harvard and Hosking it was important for them to remain distinct. “If I feel that I am plundering or going down a certain path, I run in the other direction,” says Hosking, adding, “When I write stuff I go into this fun, anarchic place that is a refuge from the serious, head-scratching films that I watch. If I was worried what people were going to say I wouldn’t have made this film.”

There is little doubt, with Greasy Strangler Harvard and Hosking have succeeded in making a truly bizarre film.

Related to Not safe for work: Jim Hosking and Toby Harvard on The Greasy Strangler