Generation Revolution: ‘We were arrested on suspicion of violent disorder’ 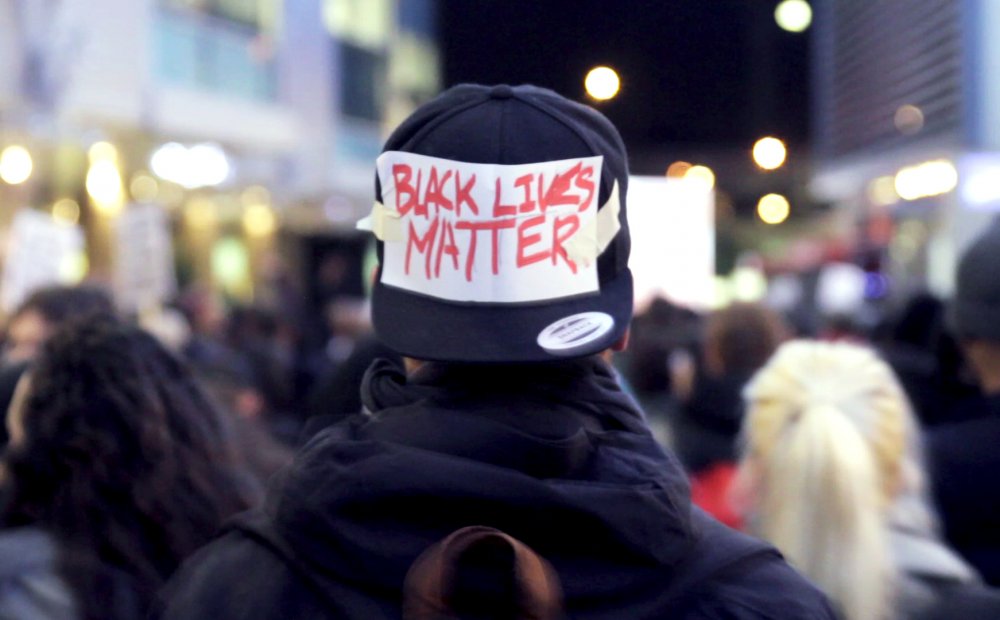 Generation Revolution, backed by the BFI Film Fund, is in cinemas from 11 November 2016

Filmed over the course of the last two years, Generation Revolution is a feature-length documentary focusing on a group of young black and Asian Londoners who represent a new generation of activists hoping to effect social and political change. Director/producers Usayd Younis and Cassie Quarless spent time with the London Black Revolutionaries (Black Revs), R Movement and The Black Dissidents. Although the mission of each group is as varied as its members, Generation Revolution reveals how conflicting opinions, personal journeys and the rewarding yet harsh realities of being involved in activism affects these young people.

Younis and Quarless consider themselves activist filmmakers – both have experience in short film and documentary. And according to Younis, “we came together with quite a common cause: the representation of young people of colour in London.”

Generation Revolution was originally conceived as a short, but on realising the importance of the material that they had filmed they decided it needed to be longer. “The film was a task in reclaiming the narrative around ourselves and our peers,” Quarless commented. “One of the main aims was to humanise young black and brown people because so often in the media they are portrayed as disruptive or violent. We realised that the stories of the people, but also the stories of the movement, were far too rich to condense into a five- to 10-minute film. We knew we had enough for a long-form documentary. And although the film talks about politics, I think we both saw it as offering the young people we followed a space to express their experiences.” 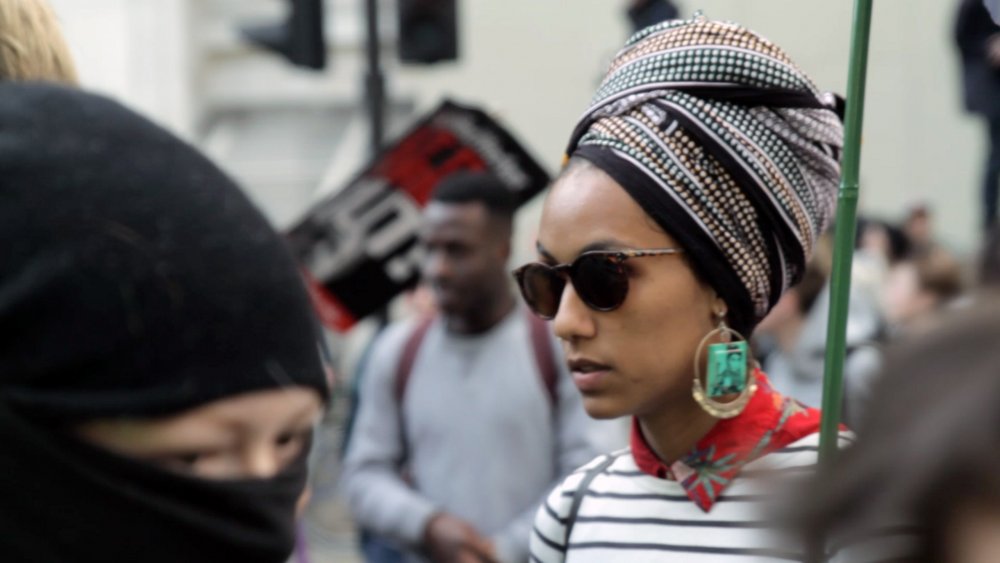 In choosing which groups to follow Younis emphasised: “It’s about time and gaining trust. Of the two groups we initially followed, R Movement were quite young and open to appearing in the film. They didn’t carry out that much direct action, so the level of risk with them was quite low.”

“We had to be a bit more careful with the Black Revs,” Younis continued. “They were quite an exciting outlet because at the time there was an anonymity to them – people didn’t really know who they were, but they had heard about them after they poured concrete on the entrance to a branch of Tescos as part of an anti-homeless protest. [The shop had installed spikes in its entrance, apparently in an attempt to stop homeless people sleeping there.] It went viral and everybody started talking about this group – including us, which is how the film began.”

The young activists they chose to follow are the heart and soul of the film. But with this comes the burden of juxtaposing political intentions against personal, often emotional, journeys. As a result, the direction of the narrative and editorial decisions that derive from it can be difficult. 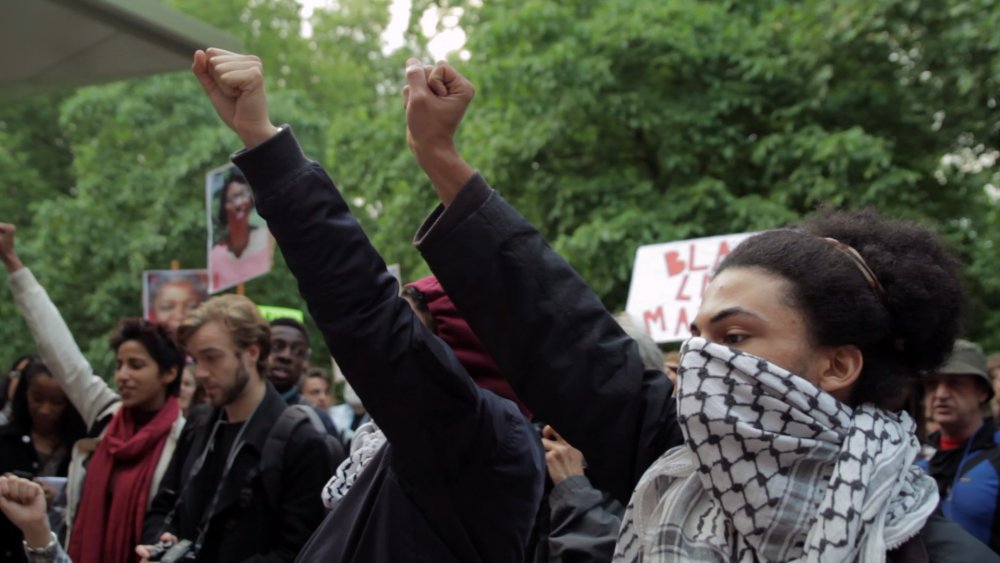 “Picking and choosing what would make it into the film was really hard,” noted Quarless. “It took many months of discussion between myself, Usayd and our editor Nse Asuquo. There was so much stuff going on. I think at its core a documentary film needs to be about characters. The events were really good devices to hang the story upon. But what we’re ultimately doing is following Tay, Arnie, Josh, Alex and Tej as they navigate through the world of radical activism.”

The film features footage of real protests, some of which resulted in confrontations with authorities. It wasn’t just the protesters caught up in the fray. “I was among 76 people arrested during the protest that you see in the film at Westfield,” recalls Quarless. “This was organised by Black Revs and other groups. We were there as filmmakers, but the police don’t necessarily distinguish you. We were arrested on suspicion of violent disorder, but it was quickly quashed as a phony charge. I had to spend 11 hours in jail, and I’m now in the process of suing the police for wrongful arrest.” 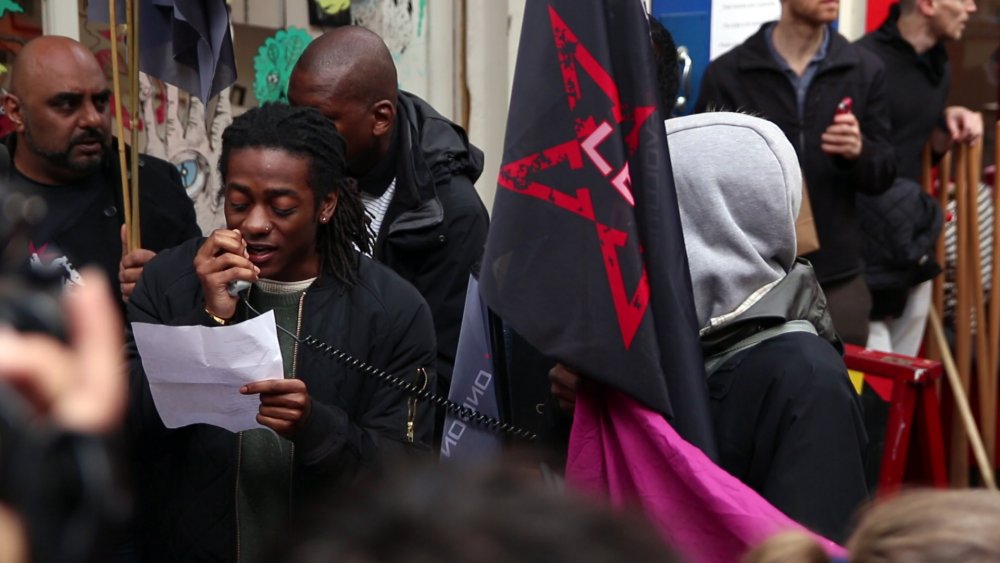 Upon reflection, what Younis and Quarless learned as filmmakers is that it’s important to not let a good idea go. Don’t stop following it, but also have a practical understanding of the risks involved. And that includes any equipment. As a result of being in the midst of a protest outside Downing Street, a lens they had borrowed was damaged. The cost of a replacement came out of their budget.

Younis concluded: “We really hope that people watch this film and think, ‘Okay I know the things I can do and things I should be careful about when getting involved in activism.’ But we want them to definitely do something. It’s certainly not the story that we expected to tell, but it’s an important one.”

Related to Generation Revolution: ‘We were arrested on suspicion of violent disorder’