The director of one of the few British features about the immigration crisis talks about the cinematic nature of migration, humanising immigrants through drama, and why the pressure put on immigration officials is an undertold side of the story. 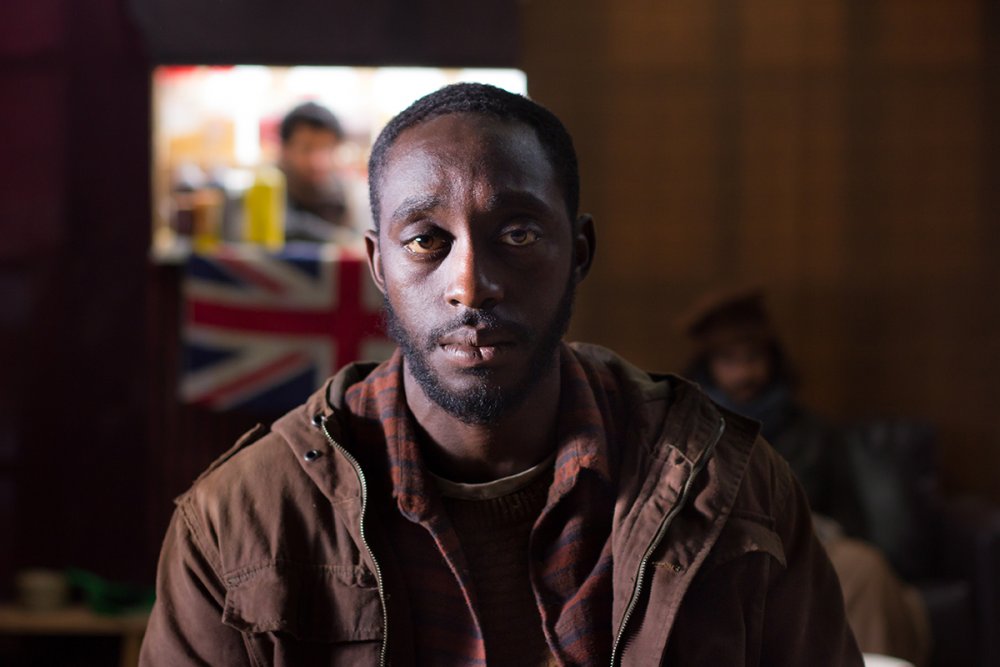 The Flood is in UK cinemas and on demand now.

The Flood, director Anthony Woodley’s feature about the immigration crisis, focuses on Eritrean refugee Haile (Ivanno Jeremiah), as he seeks asylum in England. We follow the former soldier while he makes a perilous journey across land and sea to the UK. Woodley’s film also follows an alcoholic immigration officer, Wendy (Lena Headey, in a very different role to Game of Thrones’ Cersei Lannister), who’s dealing with Haile’s case.

Woodley and his team researched their story at the Calais ‘Jungle’. This experience, alongside an exceptional performance from Jeremiah, give the film a sense of veracity and urgency. The English actor will star in the forthcoming Game of Thrones prequel series, which means The Flood’s cast includes three Thrones alumni, with Iain Glen (Jorah Mormont in GoT) playing Wendy’s put-upon boss.

We met Woodley to discuss his film and the humanitarian crisis that inspired it. Plus, he tells us about the time he nearly died while filming a James Bond film.

What drew you to the subject matter?

Writer Helen Kingston pitched me an idea for a play set in a shipping container. It was a true story, which happened at Tilbury Docks. Someone was banging on one of the containers, and when they opened it up there were a load of refugees in there [one of the refugees – the Afghan national Meet Singh Kapoor – had died]. It was a really horrible, tragic story, and she thought it would lend itself well to the stage because it’s contained, literally. I said: “That’s not a play, that’s an independent film.”

How important do you think the immigration crisis in Europe is, on a world scale?

It’s the biggest exodus of people since World War II, and I don’t think you can ignore that. For me, making this film, I’m trying not to be overtly political. The journey these people go on from Eritrea – across the desert, across the Mediterranean Sea, across Europe, the Calais Jungle – they jump on the back of a lorry, and then when they finally reach England it’s not the paradise they thought it was going to be. That journey is really cinematic and something I haven’t seen before on camera. I’ve seen documentaries, but I haven’t seen it in a feature film.

What do you think can be done on a government level?

It’s a question without an answer unfortunately. You can’t let everyone in; you can’t not let everyone in. For me, the obvious solution is to invest money in international development, improving the countries these people are fleeing from. But at the same time, I’m not saying we should overthrow dictators and bomb people, because that doesn’t solve things either.

It’s a really difficult question and something I don’t really address in the film. What I’m really trying to do is remind people that immigrants are human. Hence the name The Flood, [which was] the derogatory collective noun David Cameron used. I just wanted to give these people names and faces.

I think our channel buys us a lot of ignorance, because mainland Europe is taking so much more of a hit. We have a fraction of the amount [of immigrants] they’ve taken. It’s about discussing the issue rather than just putting our fingers in our ears and saying it’s going to go away. 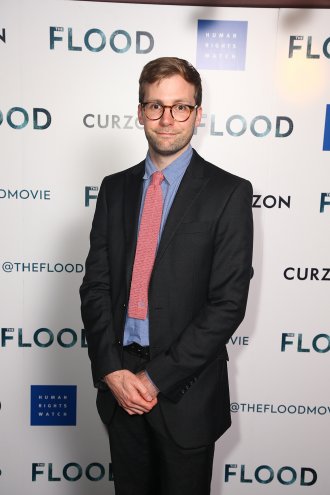 Do you think the public can do anything?

Yes, by becoming more engaged with why [immigrants] come over here and what their motivations are. We went to the Jungle, and one of the questions I asked them is: “Why England?” And they all said: “English is my second language; I speak English perfectly.”

Obviously, we have communities of people from all around the world in England, and we are known for being welcoming, but the main reason was language. To say these people are coming here to steal our jobs and our benefits is crazy. If anything, they’re entrepreneurs, because they’re trying to get a better life for themselves and their families.

Can you tell me more about the week you spent in the Calais Jungle?

We [Woodley, Kingston and producer Luke Healy] were helping build shelters, sorting clothes and [managing] the warehouse. For me, it was about listening to and understanding people, where they’re coming from and what they expect to find when they get to England. Are they disillusioned? Do they think it’s some sort of paradise? I think most people knew what they were getting in for, which makes me think what they were getting away from was pretty bad.

In the film, Haile has come from a situation where his life is under threat. Did you meet many people like that in the Jungle?

There were a few people. But you have to remember that people want to start on the best foot, so they’re all going to say, “I’m a refugee”, rather than an economic migrant. I don’t know if you get the full truth. In someone like Haile’s character, the situation is not black and white. He’s done some bad things. He’s escaped the army. It’s about having different shades to the character and not having him as some white knight in shining armour who is going to win the day.

It’s a real film, and that’s one of the reasons we didn’t make it super-cinematic; there’s no sweeping wide shots. It’s a grounded reality. If anything, it should mirror more of a documentary style, because that’s what brings reality to the piece.

Given Lena Headey’s TV fame, it was a pleasant surprise to see her in a low-budget film with more of a realist role. Could you tell me about her casting?

When we were developing the script, we read an article in the Guardian, I believe it was, where she had gone out to Lesbos, Greece, with the International Rescue Committee and was helping out. I said: “Maybe we should reach out to her when the script is ready?” The script took about two years to develop and was the thing that really hooked her.

A large part of the story is seen from the point of view of the officials.

This film is also the story of the immigration officers. Who wants to do that as a career? They’ve probably fallen into it. They’ve got kids, families, divorces, whatever, and then suddenly this refugee crisis happens and your workload has tripled, the government is saying, “Stick to your quotas,” and the Sun newspaper is banging the drum. They must be under an incredible amount of pressure. We talked to a few of these guys off the record and they just said: “You become immune to tragedy.”

When you’re not directing, you supply aviation for TV and film, including the Catch-22 TV series and James Bond films. Can you tell me about that?

I co-own a company called Aces High. We’ve done the last eight James Bond movies, and last summer I was in Italy with George Clooney doing Catch-22. I’m currently working for Marvel, but I can’t tell you which film it is. We supply the aeroplanes, aero-coordinate and build studios.

Do you have any Bond anecdotes?

I was in the Alps when we did the Spectre (2015) plane scene. We almost died, actually. Ferrying that aeroplane out, we went into a snowstorm over the Alps, and I was looking out the window, and I could just see the ice growing on every single surface of the aeroplane. I was watching this ice grow and grow. Everywhere you looked out was white. You couldn’t see anything. We knew that the pointy bits of the Alps were below us, and we were getting heavier and we were sinking, so we had to turn back. We made an emergency landing in Innsbruck, and all this ice just collapsed off the plane. So, I survived, but that was a pretty frightening plane ride. If we had kept flying for another five minutes, we probably would have been goners.