Dear White People: ‘all we had during awards season were tragic depictions of the black experience’

Debut director Justin Simien tells us about his rabble-rousing new US campus satire. 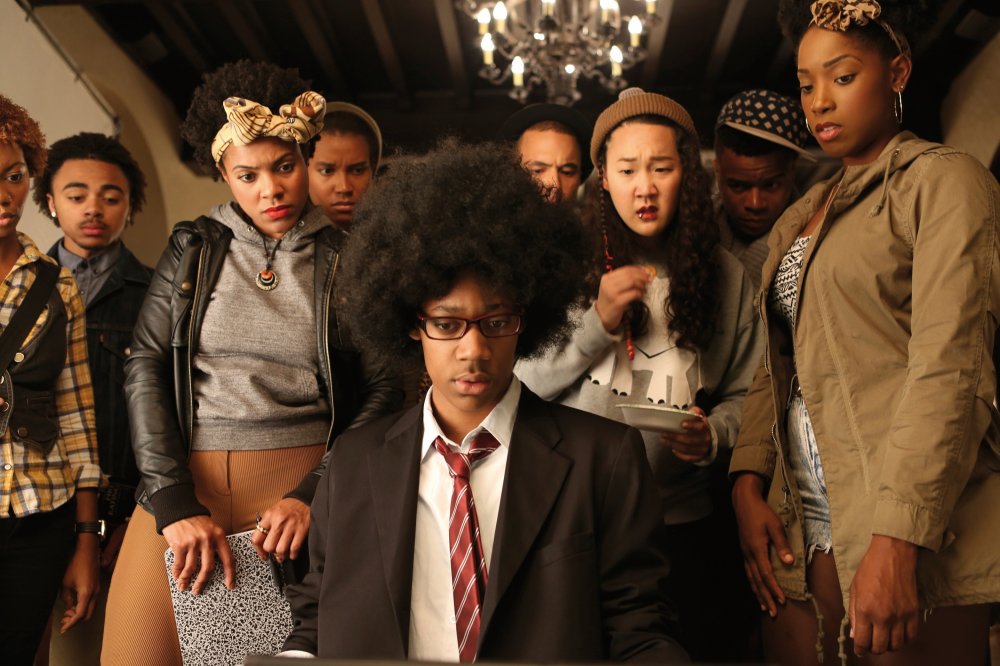 Find a screening near you.

Dear White People bristles with indignant rage. An acerbic, whip-smart satire about a group of black students at an American Ivy League university, it tackles issues of racism and personal identity head-on and with barbed wit.

It’s this gaping omission that spurred first-time director Justin Simien on to make Dear White People. “I felt that particular aspect of the black experience was missing from the culture,” he said. “I didn’t see my story out there especially when I went to college. The experience of being one of the few black folks, one of the few minorities, that has been my experience my whole life and I just felt like it was worth talking about.”

Teeming with bang on the money potshots at popular culture and hilarious one-liners, the film’s multi-narrative plot is polished off with intelligence and sophistication. It takes down everything from black stereotypes in the media to white appropriation of black culture.

Its eagerness to pose difficult questions and unwillingness to give easy answers is what makes it such a refreshingly honest and invigorating film to watch. This is human experience in all its complicated, contradictory and, sometimes, ridiculous glory.

Chatting on the phone from Los Angeles, Simien is fiercely articulate and pensive about the topics his film raises. 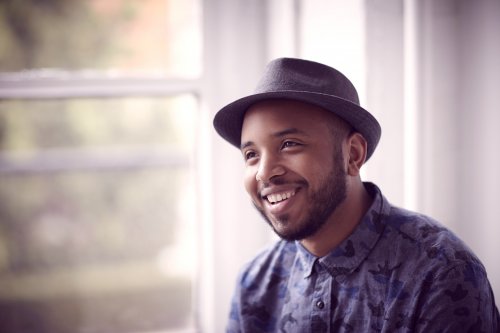 How did it feel growing up and not really seeing black lives portrayed on screen?

It’s awkward because you don’t have a lot of cultural cues where you know it’s OK to be who you are. At school I felt like a bit of an outcast because there weren’t many people of colour, at home I felt a bit of an outcast because the neighbourhood kids made fun of the way I talked. Being gay on top of that, that’s a recipe for feeling like a misfit. But it’s from the outside that you get to see human nature and I’m not upset. I’m very grateful that I have something to say and people are getting something out of it.

You touch on cultural appropriation. Is that something that’s frustrating for you to see?

Cultural appropriation is part of human nature. What’s frustrating is when someone mistakes culture for the actual person. If you make the assumption because all the black people you see on TV are rapping or playing ball, you then see every black person you meet in the same way, that’s when it becomes harmful. I don’t get upset when white artists start twerking. I think that’s the way people make art these days.

You started off Dear White People on Twitter. Why did you decide that would be a good platform to develop the film?

I didn’t have any money. I had a full-time job and I was working on a screenplay. I started the Twitter account really to test out jokes all day. I tried to get to the heart of Sam’s voice and the kind of reaction she would get from people. It became a marketing tool but at the beginning I was just a writer trying to figure out what worked and what didn’t.

You tackle so many controversial subjects. Why did it make sense to you to make it a comedy? 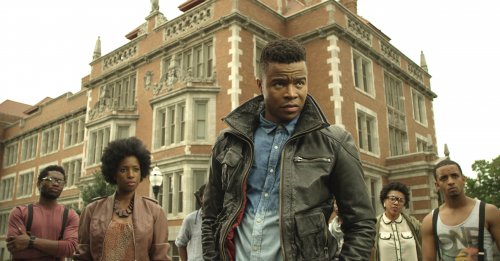 It’s not a straightforward comedy, it has its dramatic moments, but I was just so taken by things like Do the Right Thing (1989), even movies like Network (1976) and Election (1999), that touch upon really deep, heavy subject matters but do it in a way that lulls you into being entertained. Satire has so much power because it gets you to laugh first before you realise you’re laughing at yourself.

What annoys you about Tyler Perry movies?

For me that was a conversation a lot of black kids were having at the time. I don’t really have anything against the guy. He created his success from scratch. It’s not Tyler Perry’s fault that the rest of the industry decided that the only thing black people would see would be those movies.

When something becomes successful that’s all you see for a while. All we had during awards season were these tragic depictions of the black experience and some of these were really great films, don’t get me wrong, but it’s a bit draining seeing yourself as a slave or as a maid.

Did you make Sam a filmmaker as a way of critiquing Hollywood?

All the characters have some form of self-expression; Lionel writes for the newspaper, Troy is a public figure on campus, Coco has her YouTube blog. I think the movie is saying something, not only about the cultural messages that we receive about ourselves, but the kind of the messages that we then put back out into the culture because of how we’ve been conditioned. I got a lot of personal film nerdiness out through her voice but I think of her as an observer. She’s the kind of person who really takes the world in and attempts to blow that up.

Why has Hollywood shied away from portraying the black experience?

Because it’s lazy and it’s not run by creators anymore and it hasn’t been for decades. It’s run by giant corporations and there just isn’t a financial incentive anymore for studio executives to cultivate new audiences. It’s a lot less risky to just hit the same audiences again and again in the same way. 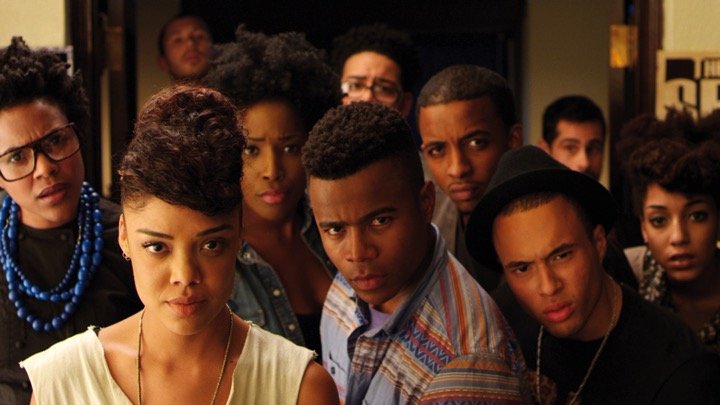 Dear White People seems to be powered by a lot of anger – was it cathartic for you to finally get your voice out there?

Yeah, I guess so. I think the movie is very ponderous too; I have a lot of questions that I don’t necessarily have the answers to. Sometimes people just get really upset but they’re not asking any questions. It’s not about white people are wrong and black people are right. I feel multiple ways about a lot of the stuff that’s in the news now. I don’t really have the answer but as an artist I think it’s my job to at least ask the questions and maybe someone smarter than me will have an answer.

What message are you hoping audiences will take away with them?

I don’t really know if a movie should have a message with a capital M but it’s talking about the fact that in society you do have a role that you play and if you don’t play that role it’s very difficult to advance. But at the same time, who you really are behind closed doors has nothing to do with the society that you’re in. Oftentimes, they’re at odds because that’s what it means to be human.

Do you think Dear White People has shaken things up in the industry?

A bit. The fact that we made more money than any crowdfunded movie in history is important. The movie didn’t change the game but it did get a lot of people’s appetite whet for more. I think it did change some lives and it really made people see themselves in a different way. I don’t think Hollywood is busting down the door to make more independent black movies. It’s kind of stale right now so you have to remind people that these movies are still here. That takes time. That takes many films and many filmmakers.

The BFI has approved a Lottery award through the BFI Distribution Fund to support the theatrical release of Dear White People, which will be in cinemas on 10 July.

The award has been made as a result of a change in the distribution strategy for the film, which has now enabled BFI Lottery funding to be directed towards widening the theatrical potential of Dear White People and opening up opportunities to target a wider cinema-going audience. Through an ongoing dialogue The New Black Film Collective (TNBFC), which is releasing Dear White People into UK cinemas, has sought advice from the BFI and others and worked with its partners to push back the film’s DVD and SVOD windows to accommodate a full cinema release. This new strategy is working to help the film expand into more cinemas. As a result of unlocking further sites across the UK, the BFI is able to support the distribution strategy to take the film into multiplex sites and target specific audience groups as identified by the TNBFC.

The BFI, which screened Dear White People at the 2014 BFI London Film Festival and the 2015 BFI Flare film festival, is delighted that more audiences around the UK will have the opportunity to see the film in UK cinemas from this Friday (10 July).

BFI Director of Lottery Film Fund, Ben Roberts said: “Dear White People is a brilliantly funny and creative film and it’s great that we’re now able to support the NBFC in bringing it to UK cinemas. It’s pleasing to see that the new distribution approach is helping to widen its theatrical potential and enable Lottery money to make a real difference to the campaign.”

Related to Dear White People: ‘all we had during awards season were tragic depictions of the black experience’