How we made The Crying Game

On the 25th anniversary of Neil Jordan’s clever thriller, the writer-director and producer Stephen Woolley explain how they created a modern classic. 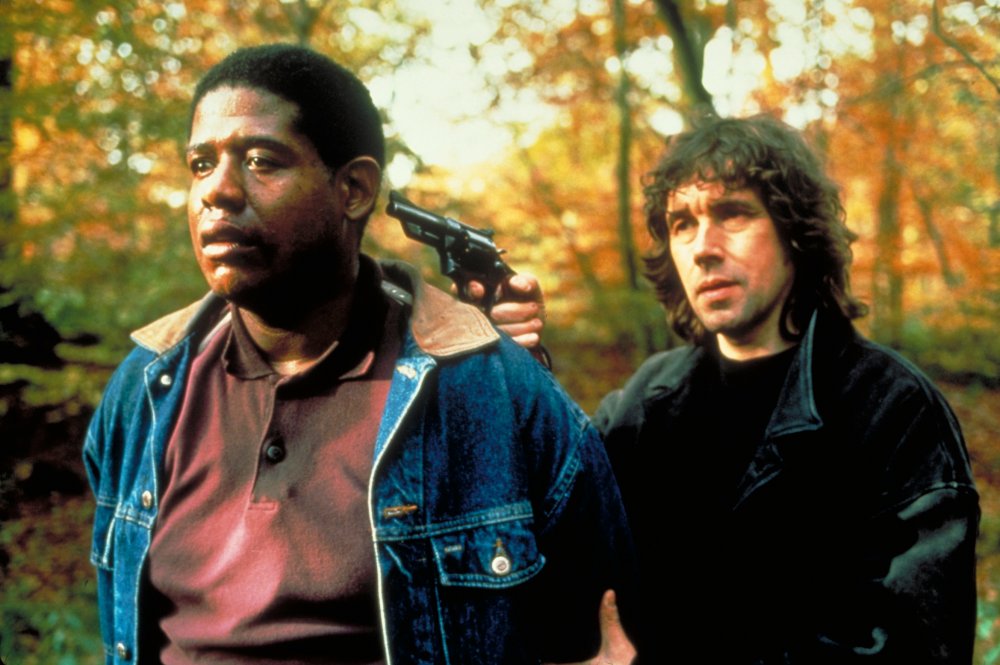 The Crying Game is one of the most memorable independent films of the 1990s. Much is justifiably made of its audacious twist, but there’s far more to Neil Jordan’s politically charged thriller. It’s one of very few films to tackle the Troubles from the point of view of an IRA volunteer. This perspective would be bold today, but in 1992, a full six years before the Good Friday agreement began the end of hostilities, this was nigh-on revolutionary.

Then there’s the film’s treatment of sexuality and race. Within its tight 112-minute running time, there’s a key LGBTQ relationship and two interracial relationships – less remarkable now, but very uncommon on the big screen 25 years ago.

The story begins with British soldier Jody (Forest Whitaker) getting kidnapped by the Provisional IRA while he is on leave in Northern Ireland. Jody makes his captor, Fergus (Stephen Rea), promise to find his girlfriend Dil (Jaye Davidson) in London should the worst happen, so when the British Army raid the safe-house, Fergus escapes to a new life and tracks down Dil in the capital. 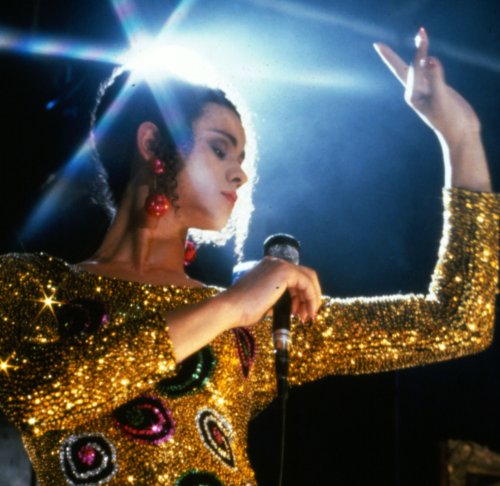 There’s unforgettable drama along the way, with scene after scene of crackling tension, love and hate, seduction and desire. Jordan’s Oscar-winning screenplay fizzes with funny one-liners and opaque motives, while support characters such as IRA member Jude (a vicious, terrifying Miranda Richardson) and barman Col (Jim Broadbent) are so well-drawn that they deserve films of their own.

Earlier this year, Jordan and producer Stephen Woolley shared some memories from bringing this now quarter-century-old classic to the big screen.

Neil Jordan: It was the tenor of the political events of the time, the horrible conflict in Northern Ireland. It was the feeling that things were gonna change. It was just because it was part of the environment in which I lived. It was, I suppose, one of the great unresolved cancers of Irish life.

NJ: I like stories where people don’t know who and what they are. I suppose The Crying Game is probably the best example of that. The central character thinks he’s one thing, and he’s one series of things. By the end of the movie he’s called every facet of what he thought he was into question. I don’t think people fully understand themselves, and I like to make movies about characters who realise they don’t fully understand themselves.

NJ: I started as a short story writer. That song was at the centre of a story I wrote one night in Tunisia. Generally I find – if I’m in trouble with a title – if I name a movie after a song it can often work quite well: Mona Lisa (1986), The Crying Game, Breakfast on Pluto (2005).

NJ: Stephen’s from Belfast. He’s from that world. He’d done a lot of work in the theatre that explores the complexities and the contradictions of the Irish/British political situation. I couldn’t think of anybody else who could’ve played that role. I was lucky enough to have had a creative relationship with the guy. In many ways I wrote the part for him. 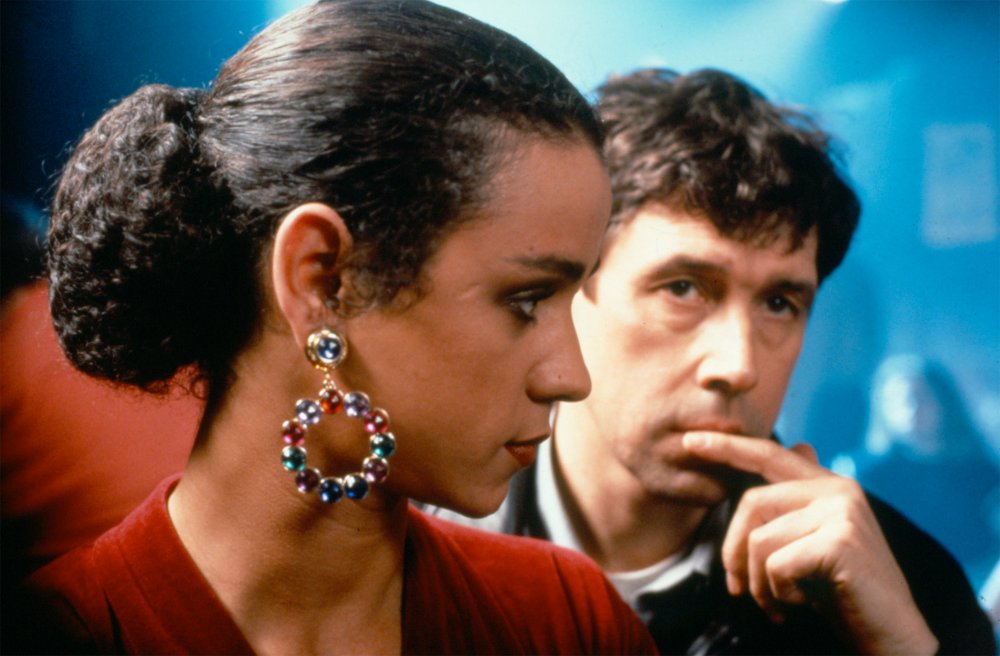 NJ: I’d met Forest once or twice, and I loved him as an actor. The minute I’d finished the script I thought of him immediately, and I asked him if would he play it. It caused some controversy at the time because there weren’t that many parts for black British actors, but he’s a great actor and I go for actors more than anything. He’s had a great career since, hasn’t he?

Stephen Woolley: People always think we cast Forest Whitaker for the Americans. We didn’t. We cast Forest Whitaker first and foremost because he’s a great actor. I’d made A Rage in Harlem (1991) with Forest, and he’d made Bird (1988), which was a huge success. The European distributors loved Bird and Good Morning, Vietnam (1987), so they all wanted Forest. It wasn’t at all tricksy casting, certainly not for the Americans. But it was a good, solid casting for the Europeans, weirdly, because there was no black actor at that time. There was Lenny Henry, but he didn’t mean anything in Europe or anywhere.

NJ: We came across him in the club world of London. When I tested him first he had no interest in acting. He was a very beautiful, kind of glamorous figure in this very specific world that he moved in. The great thing about his performance is that he wasn’t an actor.

NJ: Oh yeah, she’s pretty great. There were a lot of republican women like that at the time, much harder than the men. It was one of those things where all the men became feminised and all the women became muscular and male. It just happened. When you write a movie, it establishes its own little universe. The more feminine the men got, the more masculine her character got. A lot of people took exception to the fact that she played such a hard-arse male kind of character.

SW: It was freezing cold in Hoxton [east London]. It was so cold I remember having a discussion (which was another word for an argument) at about three o’clock in the morning, and snot was freezing on my top lip. It was one of those movies where everybody’s walking round with a hangover or a bad cold.

NJ: It was really intense. I think everybody felt they were making something special, perhaps because it had been so hard to finance. All the actors had been so committed to it. Like a lot of independent movies [when] you’re about to start, things fall through, the actors wait around… When you finally get going they’re primed and determined to do something good. So even though we had a tiny budget, it created a little community of believers.

Watch The Crying Game cast and crew on stage

SW: We played in Telluride [film festival], and there I met the guys who made Reservoir Dogs [released the same year as The Crying Game]. Interestingly, Reservoir Dogs wasn’t as successful in America as it was in the UK, and I think that’s because gun culture in the UK is something that’s alien to us. I mean people just don’t get out guns in Tesco, not normally. So Reservoir Dogs felt like a movie to us, whereas in America I think it felt a bit like reality.

SW: I think it’s relevant now. It’s about people who are marginalised, people who are demonised. I think we demonise people for their sexual identities. We demonised the IRA for a long time. No one would listen to the cause then; people wanted to make them into hateful people, nobody would try and work out why they were doing what they were doing, and I think we’re still doing the same thing. I think a lot of those ideas are still fresh and, sadly, 25 years on we’re still facing the same problems.

NJ: There’s so much violence in the world at large now, isn’t there? People are being driven insane by beliefs. They allow beliefs to define them. We show Stephen Rea’s character Fergus with a very defined and brutal set of beliefs, as the movie forces him to change every one of those. I think we should live and not die, basically. Haha. We should make love and not kill people.