Beyond the bounds of depravity: an oral history of David Cronenberg’s Crash

As a restored version of Crash finally emerges at the Venice Film Festival and producer Jeremy Thomas donates his personal archive to the BFI, we asked Thomas to cast his mind back to the unparalleled British media furore and Westminster ban that greeted the film’s release in 1996. 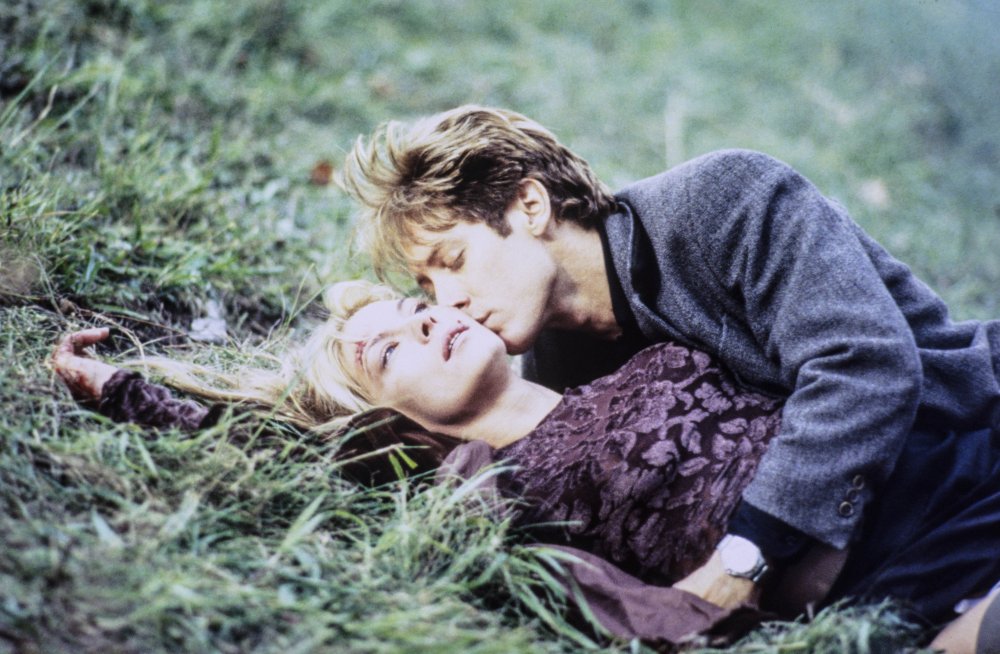 Jeremy Thomas’s archive, donated to the BFI, is being catalogued and will be accessible to view by appointment through BFI Special Collections at the BFI Reuben Library

“I remember everything; it’s indelibly marked in my mind,” says producer Jeremy Thomas as our conversation turns to the infamous press conference at the 1996 Cannes Film Festival. We’re at the offices of Recorded Picture Company, just off London’s Portobello Road, to talk about Crash. Not the dreadful 2004 best picture winner, the other one. The one that prompted daily front-page outrage from the Evening Standard and the Daily Mail. The one that provoked statements in parliament and saw just a single Westminster screening at the London Film Festival before being banned across the entire borough in an unprecedented move. The one that film critic Alexander Walker lambasted in his Standard headline as being “beyond the bounds of depravity”.

The occasion was the inclusion of David Cronenberg’s masterwork at the top of our recent rundown of the best films of the 1990s, and the significant donation of Thomas’s working records to the BFI National Archive. Crash itself hasn’t been easy to see in any worthwhile form since its release back in 1996, with only a barebones DVD edition available in the UK since the mid-2000s. Only a pair of 35mm prints are known to exist, held in Canada and the US, keeping it largely out of the repertory circuit. 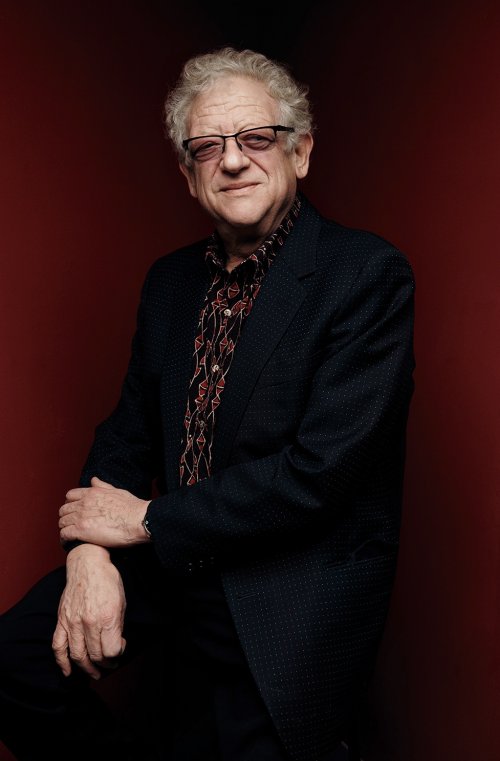 That’s set to change this week, as a new 4K remaster is premiered at the Venice Film Festival, almost a year to the day since it was first mooted by its director following his acceptance of the lifetime achievement Golden Lion. “It’s been meticulously restored by David and [cinematographer] Peter Suschitzky,” says Thomas. “It’s the little sheep that lost its way, like many films. I’ve kept the films I’ve made as close to me as I can so I can keep them in distribution, but there were no available prints. It wasn’t available in home entertainment in anything decent, and David’s work should be available to everybody.”

Further screenings will presumably follow, and that decent home video release is finally in the works – although Thomas and his team won’t be drawn on any details just yet (but a German special edition Blu-ray from Turbine Media Group, who partnered in the restoration, has already been announced). Whatever form the new release takes, it’s unlikely to replicate the madness that ensued in the UK 23 years ago. 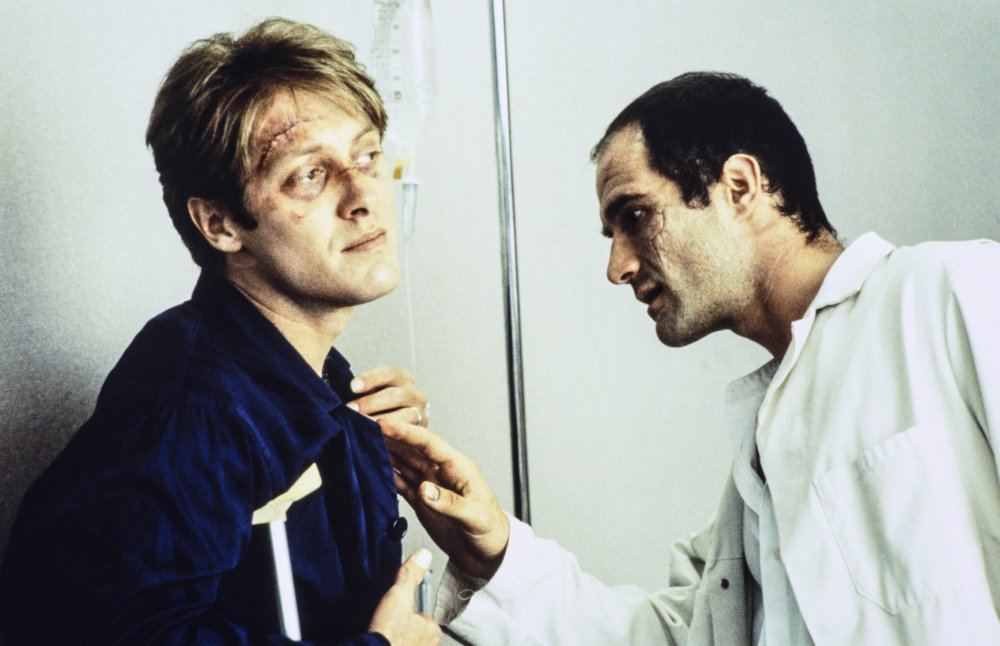 Written by J.G. Ballard in 1973, Crash tells the story of Catherine and James Ballard, a couple in an open relationship who are drawn into the world of Vaughan, a car-crash enthusiast who can only achieve sexual fulfilment by instigating collisions on the motorways surrounding Heathrow. It’s a confrontational read by any measure, even today, but with a metaphorical clarity that seemed to key directly in to the Cronenberg mode. As the director described it on release: “The conceit that underlies some of what is maybe difficult or baffling about Crash, the sci-fi-ness, comes from Ballard anticipating a future pathological psychology. It’s developing now, but he anticipates it being even more developed in the future. He then brings it back to the past – now – and applies it as though it exists completely formed. So I have these characters who are exhibiting a psychology of the future.”

Ballard himself adored the film, believing it to be both ‘better’ and more extreme than his novel. Alexander Walker, in that first review, branded it “pornography”, containing “some of the most perverted acts and theories of sexual deviance I have ever seen propagated in mainline cinema”.

“I went to see it in Canada,” says Thomas of his first viewing of the film. “I was impressed, and shocked. I never thought I’d see that, even though I’d read it in the script. I thought that people were really going to be amazed by this film.”

Thomas and Cronenberg received a call from Cannes president Gilles Jacob, informing them of their competition slot. The film first screened on the morning of 16 May 1996, and it all kicked off. “We’d heard that [jury president Francis Ford] Coppola didn’t like the film from the morning screening,” explains Thomas. “We had a press conference and all was revealed: that Alexander Walker and a coterie of UK critics saw an opportunity for an incredible story involving J.G. Ballard, David Cronenberg and myself. I think I may have been chair of the BFI at the time.” 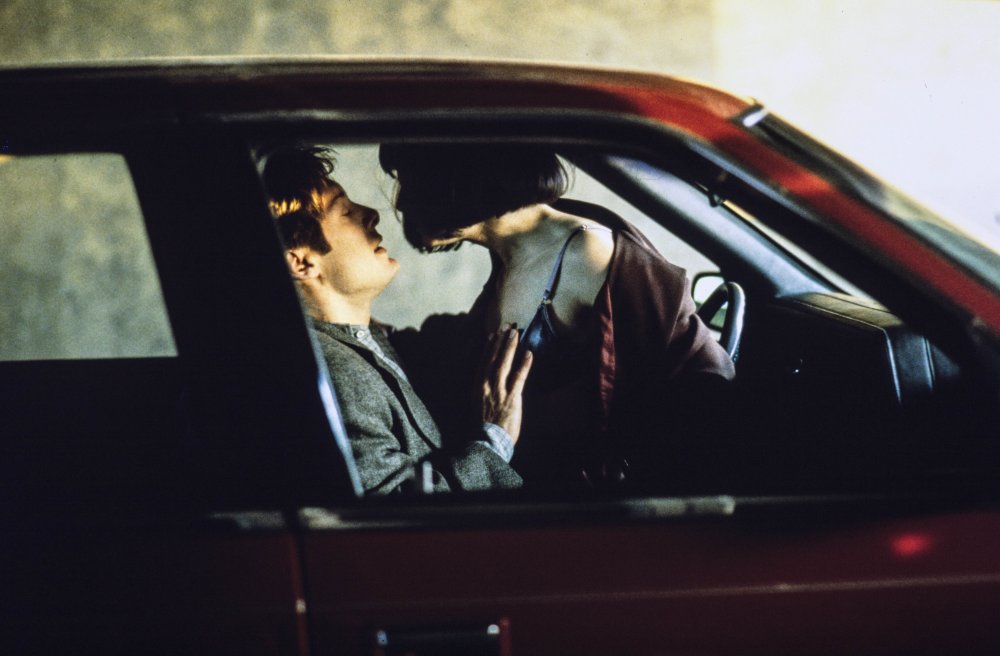 “Alexander Walker was waving a newspaper, shouting from the back, ‘Travesty! It’s outrageous!’ And then it got on the front page of the Daily Mail, every day. They were at my front door. At one point I was in the Isle of Man with Philip Noyce, sat in the pub, and I had people saying, ‘They should be strung up!’ Waving a Mail saying ‘Don’t buy Sony products.’”

Despite the press conference, the film still took the Jury Special Prize at Cannes, with a very public abstention from jury president Coppola. “It touched a nerve with him,” says Thomas.

But the Walker review was just the beginning. A sustained, year-long attack on the film ensued, leading to some 400 press reports on the film, spearheaded by critic Christopher Tookey’s coverage for the Daily Mail, which described the film as: “The point at which even a liberal society must draw the line.” The Guardian published a cartoon depicting Tookey as a Klansman with a burning torch, about to set light to a cinema, while reporters from the Mail ran articles on the private lives of the BBFC examiners tasked with certifying the film, instigating a Westminster ban applied at the behest of the licensing committee’s chairman John Bell.

“He was in charge of hot dog stands and cinema licences,” explains Thomas, “and I’d had no problems with the BBFC whatsoever, no cuts at all, but he said ‘I nearly cut myself shaving when I heard this film was going to be shown in UK cities, so I banned it after discussion with Virginia Bottomley!’ But how did they see this film? They never saw it. Virginia Bottomley used it as something she knew would get an incredible amount of support, banning this film that’s so vile. Jeremy Paxman, to his discredit, got on the bandwagon on Newsnight and tried to assassinate David about the film. It was a really sorry state of affairs, and the media showed its ugly side.” 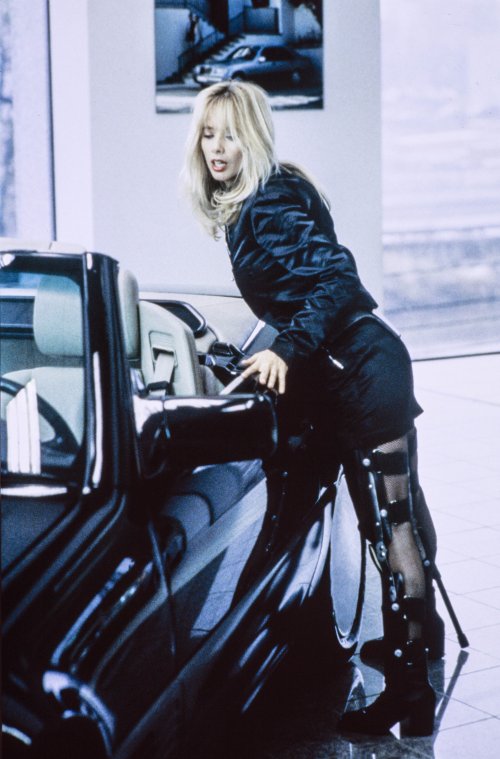 While the US saw its fair share of outrage, it was nothing compared to that seen in the UK press, which seemed to drive critics from certain corners to peculiar means of critical equation. Nigel Reynolds, writing for the Telegraph, defended Crash’s right to a certificate and a release, despite finding it “disgusting, depraved and debauched”. Strangely, this was mere prelude to his real target, the “cinematically wonderful” The English Patient (1996), whose ability to make audiences weep by virtue of its brilliant filmmaking, “could therefore do more damage to the nation’s moral health than Crash.”

Meanwhile, the RAC (Royal Automobile Club) had been dragged into the debate, citing the film’s potential for “education”. A step too far for Labour’s Mark Fisher MP, who issued a disgruntled statement saying: “It is distasteful that the RAC is supporting the film. If there is one area of copycat behaviour it will be car crashes.”

“It was a moment of shame,” says Thomas, “and a complete curveball to me. It was only in the UK. Except in America, where it was censored by its own owners. It was owned by New Line, and then it was bought by Ted Turner, who was a puritan. He couldn’t see the funny side of Crash. We got reports that he nearly choked when he was watching it on his ranch with Jane Fonda.”

Cronenberg himself was just as surprised at the UK furore. “It was a 20-year-old novel,” he told the Guardian in 2012, “well accepted as part of J.G. Ballard’s canon. I really didn’t think this movie that was fairly faithful to the tone of the novel would be so shocking to people here.” Ballard himself was more withering, describing the moral panic as “little England at its worst… [symptomatic of a] strange, nervous nation.”

One has to wonder if the attacks in the British press were singular to that particular time, or that particular film. It’s fascinating to note how many descriptions of Crash in contemporary reviews fail to reconcile themselves with what actually appears on screen. The Crash Controversy: Censorship Campaigns and Film Reception, a terrific academic study of the debacle published in 2001, analysed the press reports and held a series of focus groups with viewers in a bid to understand the film’s singular power to compel and repel. Many explications – from both critics and the viewing public – of the film’s purported acts of sex and violence bear little relation to what’s literally seen in the film, or to Cronenberg’s pathological detachment, what critic Jonathan Rosenbaum described as, “almost as pared down and purified as late Bresson”.

Thomas believes the outrage would be even worse were it to be released in 2019: “There’s more violence on TV today than anything you’d see in Crash or Naked Lunch. It’s unremarkable, but it’s how it’s presented. You couldn’t make it today. You’d have to smuggle it. It’d be burned before it even went through the front door. Do you think you could present that script to the BFI today? To anybody? They’d fall on the ground, they’d report you to the police! It’s subversive.” 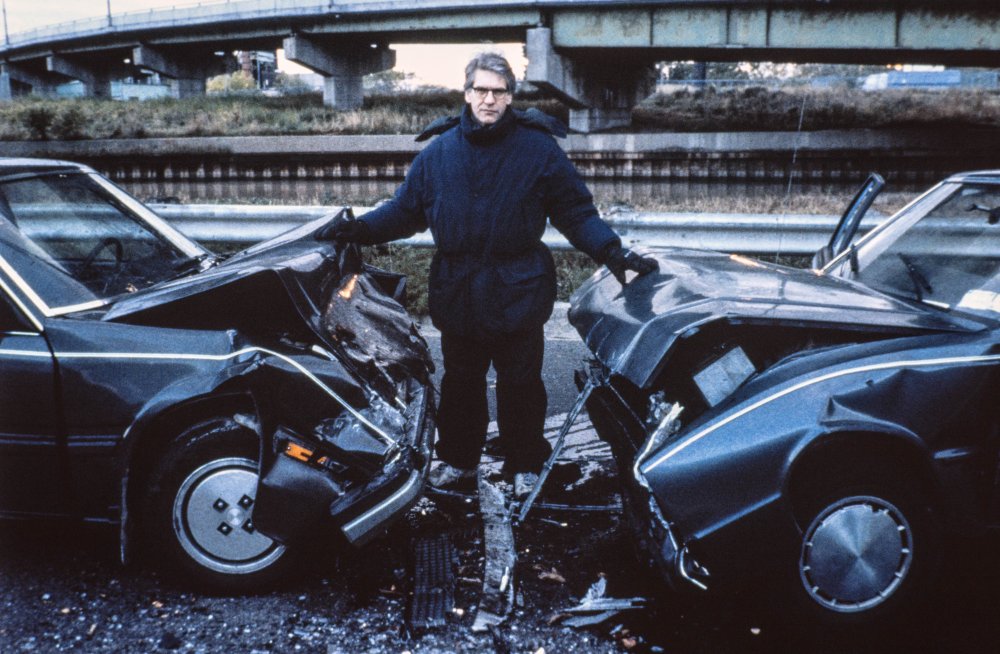 For Thomas, it’s films like Crash that give meaning to the work that he does. “I’m looking for projects like that, because I’m an independent filmmaker, and I want to make films that can only be made within the counterculture, that can’t be made within the system. You can sometimes smuggle them through the system, and people can understand what you’re doing, but normally you’re coming up against everything, because you’re the counterculture, and I want to remain there. It’s where I’ve always wanted to be, since I was a boy. It’s where I work. In commerce, but in that culture. It’s what I like, what I’ve read, it’s the films I want to see. I’ve managed to link that with some kind of commerce that has allowed me to stay in business, but that’s where I live.”

It’ll be fascinating to see the kind of retrospective appreciations that appear following the Venice restoration and its forthcoming home video releases, away from the moral outrage that followed its 1996 release. As Walker wrote in a follow-up article to his review, attacking those who sought to defend Crash: “The word ‘cool’ has been the one most often bandied about by the defenders of David Cronenberg’s film about a coven of degenerates who top up their fagged-out libidos with the thrill of car crashes. It’s one of those words suggesting the users have freed themselves from most inhibitions – especially the elitist one of making moral judgements about other people.”

“You want to know the moral of making a film like Crash?” asks Thomas, just as we’re leaving. “Wear a seatbelt.”